My GPSMyCity Guide to Lviv

Arriving in Lviv was what I’d imagine arriving in an abandoned mansion in Detroit would be like. Beautiful, but left to deteriorate due to mismanagement. A mix of styles that have fallen to disarray, now trying to piece back together some semblance of an identity.

The city is full of foundational beauty; Austrian-style architecture composes much of the city center’s buildings. Historical churches dating from the 13th century are scattered throughout the city, evidence of the Austrian and Polish eras of the city. The buildings have scars from wars and neglect and evidence of Soviet occupation, but the city survived these painful parts of history mostly unscathed.

A few things to note about Ukraine:

Americans don’t need a visa to enter, but just be aware that you are leaving the EU when you cross the border. Guards asking for your passport on the bus is standard procedure.
nbsp;
2. Roads are terribly maintained. Avoid renting a car/driving at all costs

3. Hospitals are not well-maintained either. During my time here I met an American doctor who was working as a full-time volunteer in Ukraine and he literally said that if I were to get sick or injured I should do everything I can to get to an EU country to seek medical attention. Thankfully, I didn’t have any emergencies!

4. It is a poor country. Gypsies/beggars here are more aggressive than in other parts of Europe. You’ll need to negotiate for cab fare. Be wary of people offering rides and other tourist scams.

5. Everything is super cheap. Treat yo self. It won’t cost much. Even if you do get ripped off, it’s probably going to be the difference of $5. The financial loss of the equivalent to a Starbucks latte is nothing worth fretting about.

I stayed at the Hollywood Home Hostel in the city center. The location was great, the hostel itself was ok. Not really a party hostel atmosphere, but I met some really interesting people that made it worthwhile. I didn’t expect much for $5/night, but it could have been cleaner and my bed was semi falling apart. Free laundry and a fully-equipped kitchen made it a lot better.

The main market square in Lviv is the beating heart and pulse of the city. Bars and restaurants serving all sorts of different foods line the perimeter. Musicians and performers fill the air with noise and the city hall sits at the very center of the plaza. 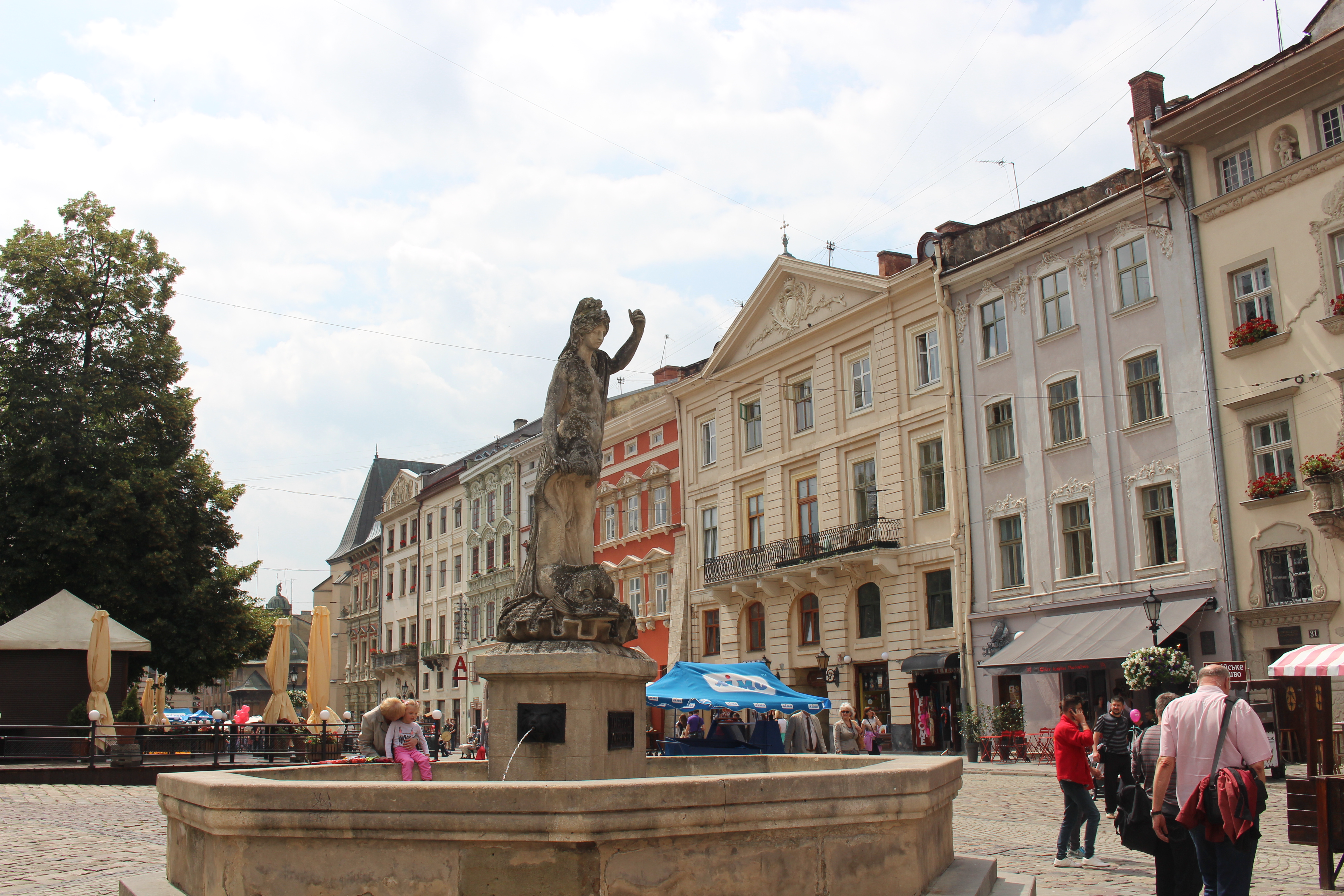 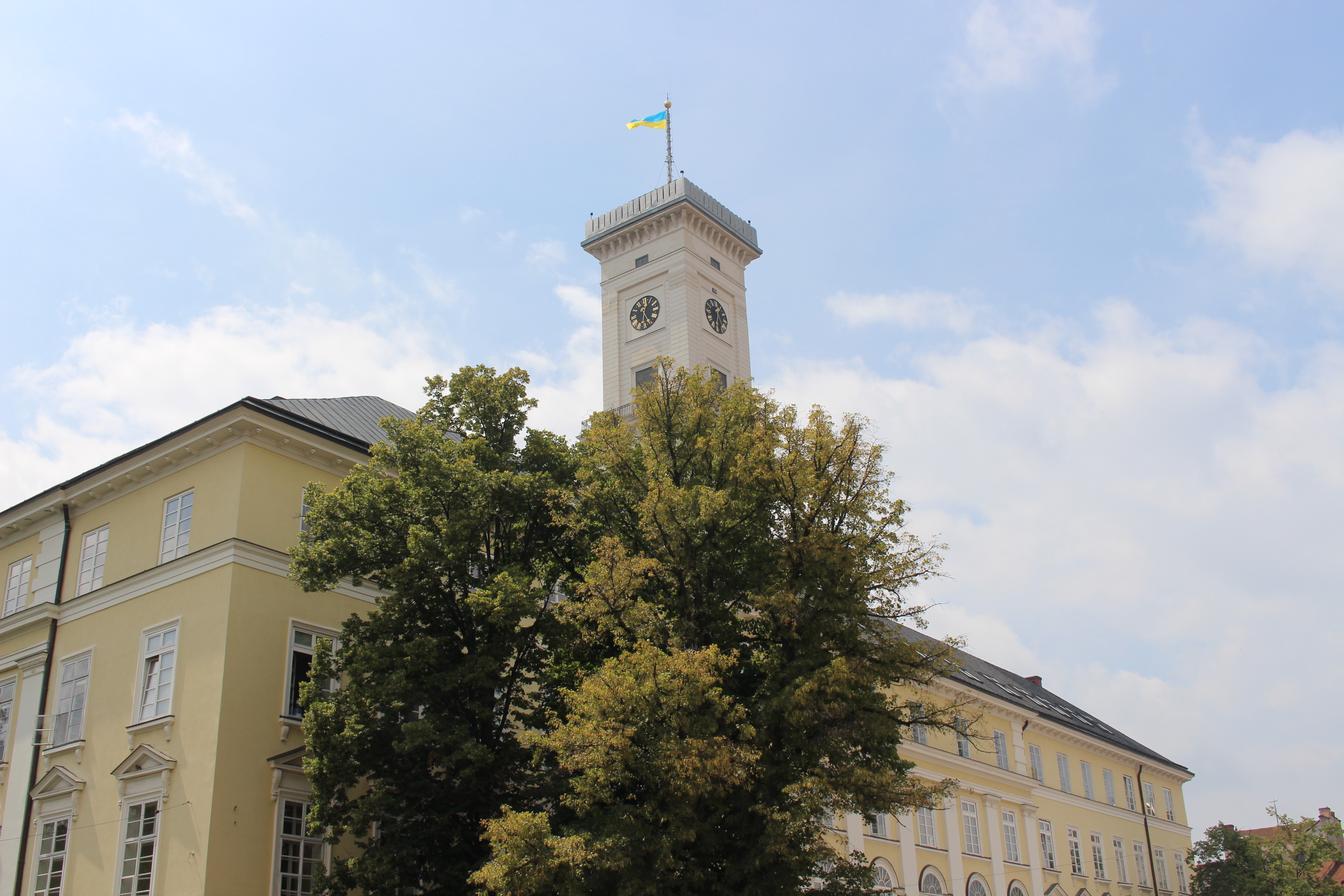 Normally I shy away from massive crowds and long lines, but the constant flow of people in and out of this little shop intrigued me enough to give it a try. They sell a cherry liquor by the glass or in bottles, and for a dollar, I got a full glass and sipped it right in the main square. 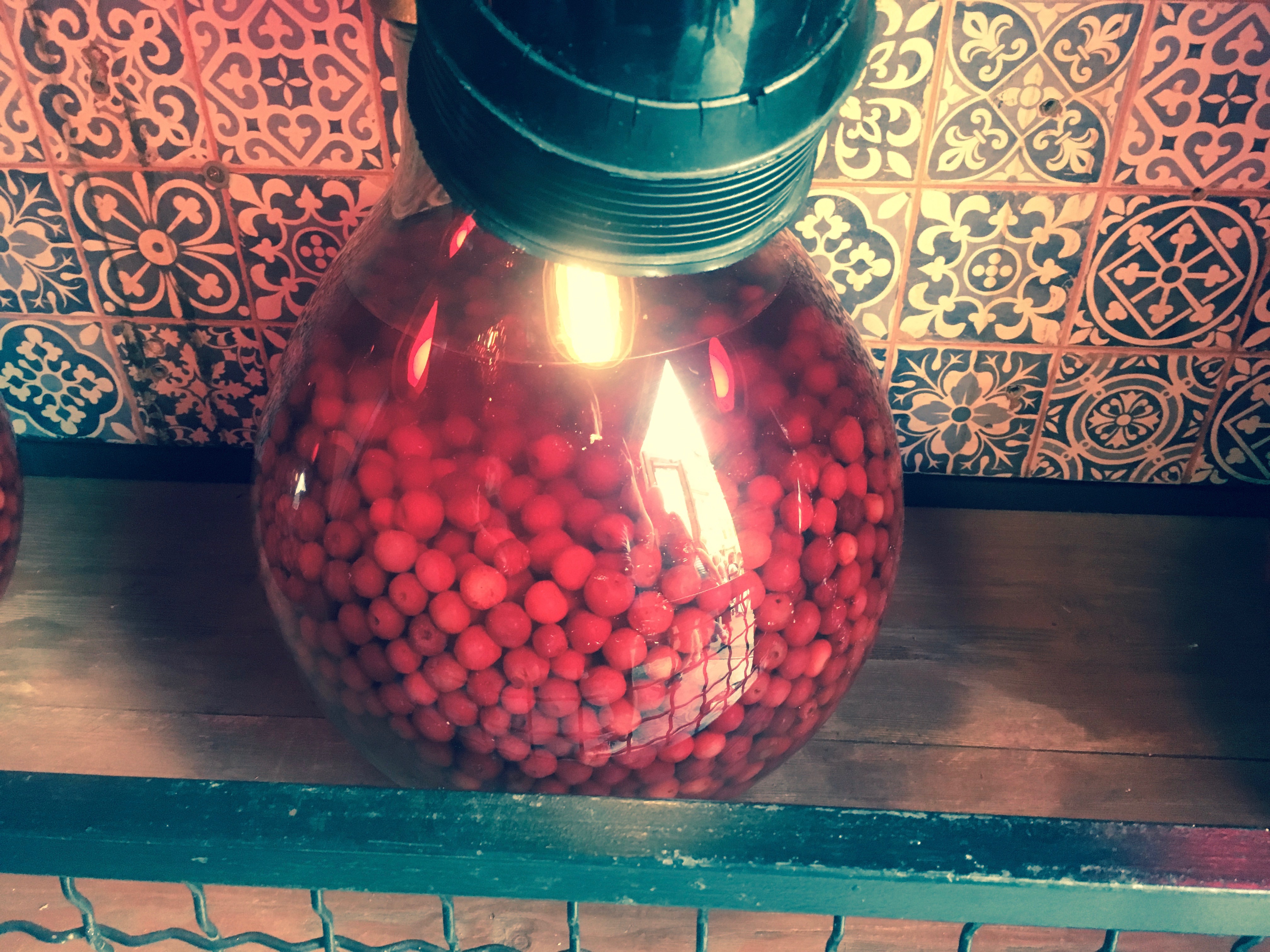 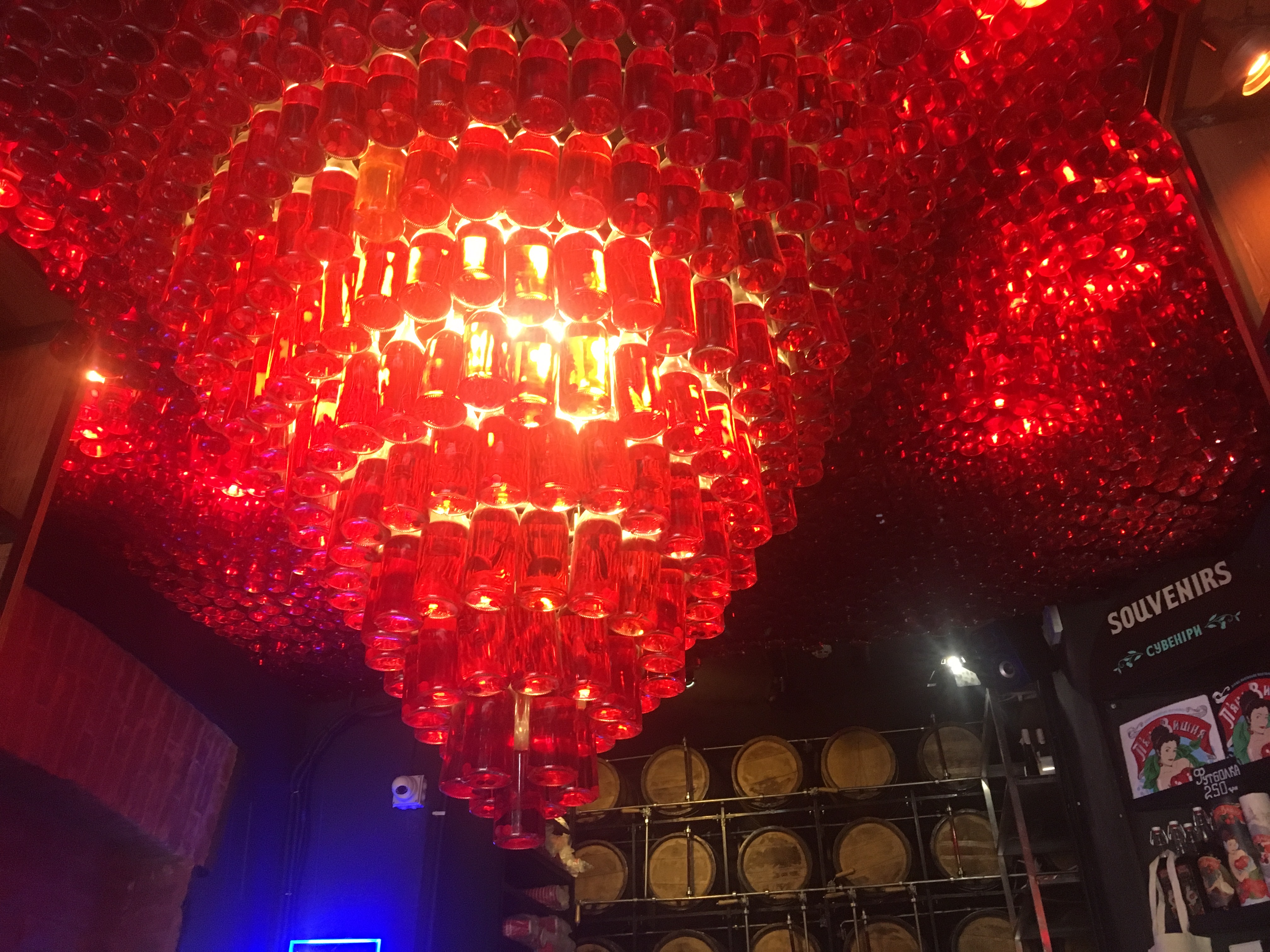 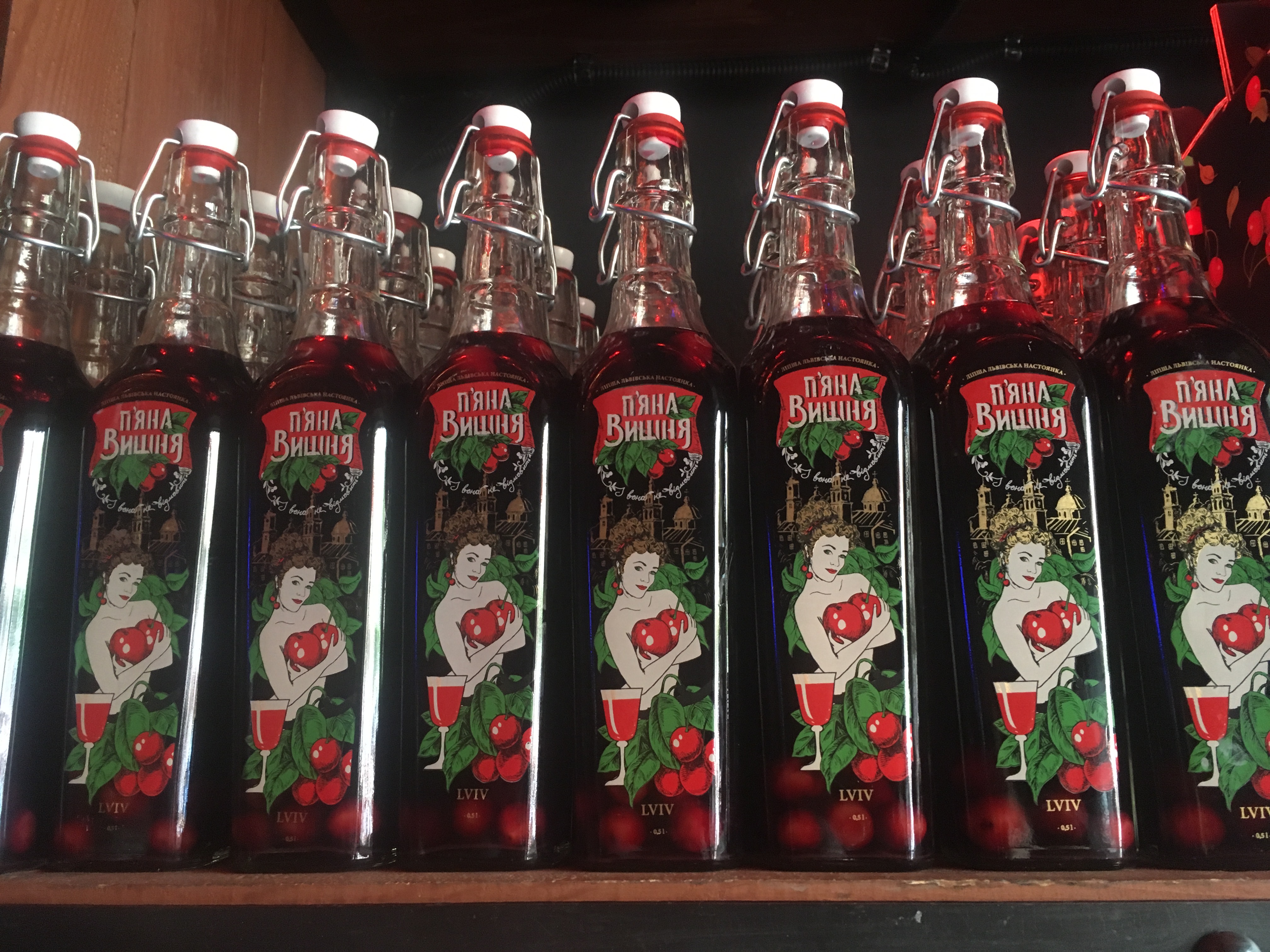 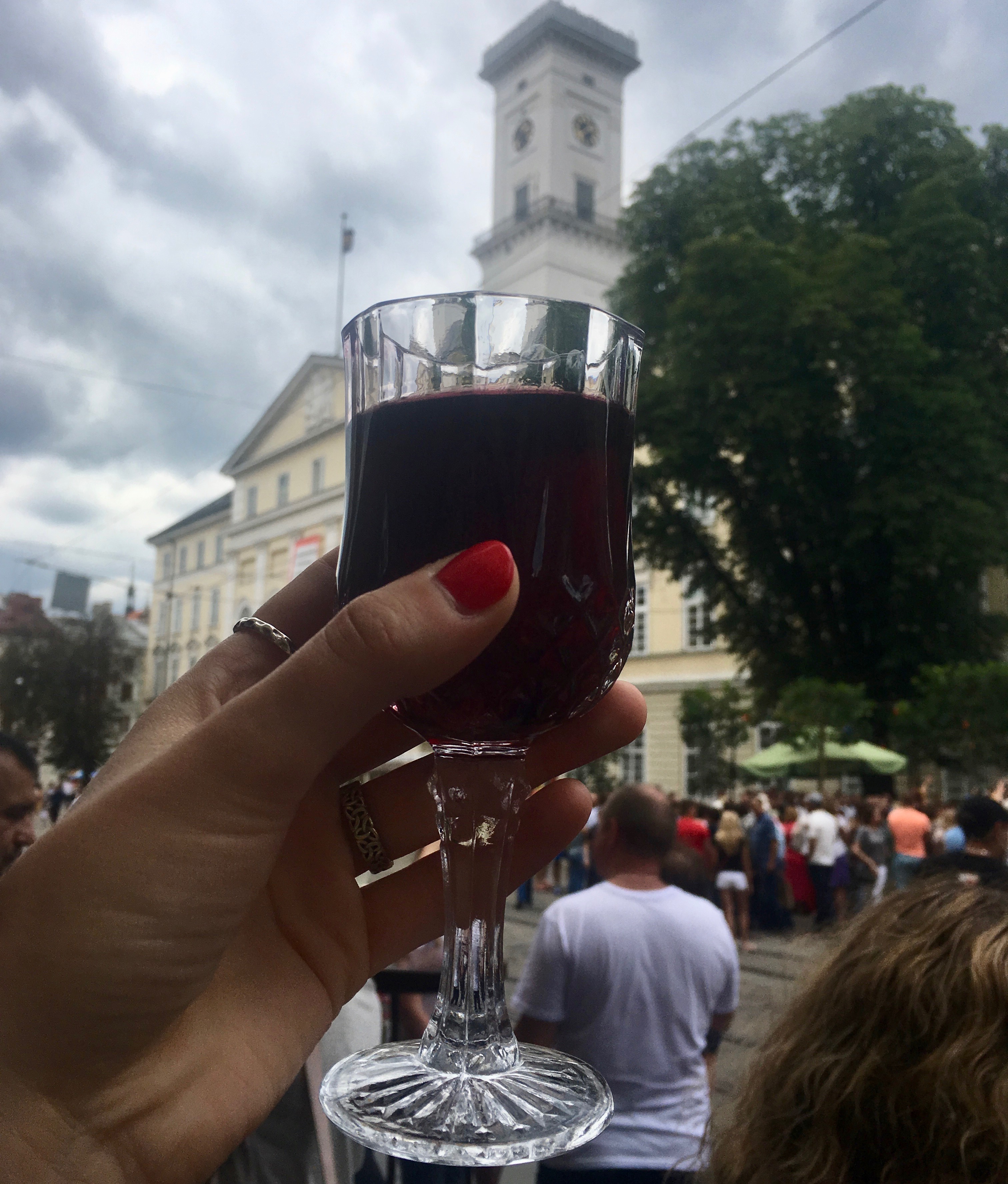 This multi-story bar and restaurant is a spot not to miss during your time in Lviv. There was live music on the 3rd floor, lots of different beers to try, and it serves a unique Lviv “beer” that has put the Ukraine beer scene on the international map. And a big beer isn’t going to set you back more than a dollar or two, can’t really argue with that! 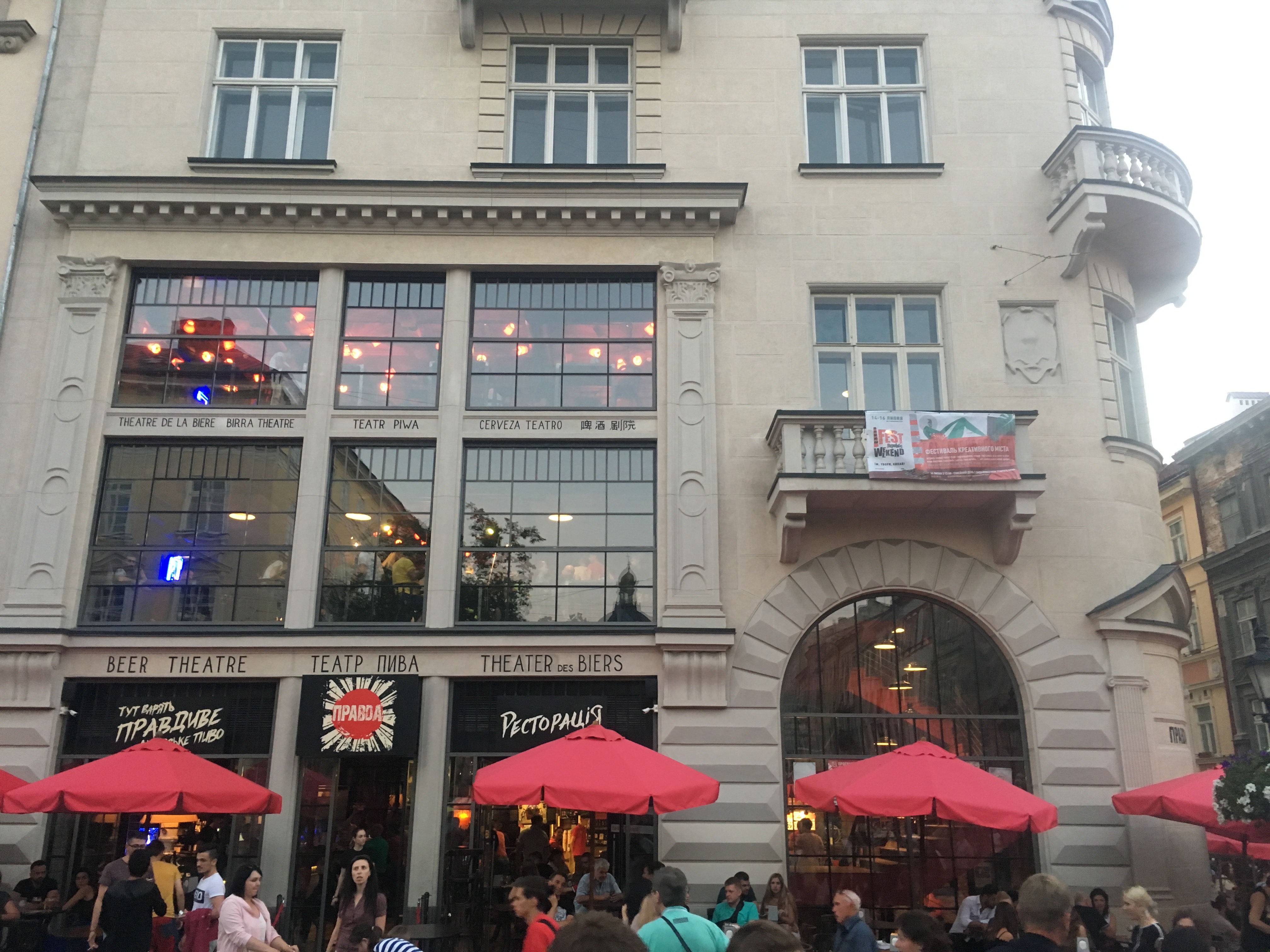 The entry fee is less than a dollar, and then you climb. Climb and climb all the way to the roof for a 360-degree view of Lviv. I love to get an overlooking view of every city that I visit, and this way you get the view from the heart of the city looking outward in every direction. 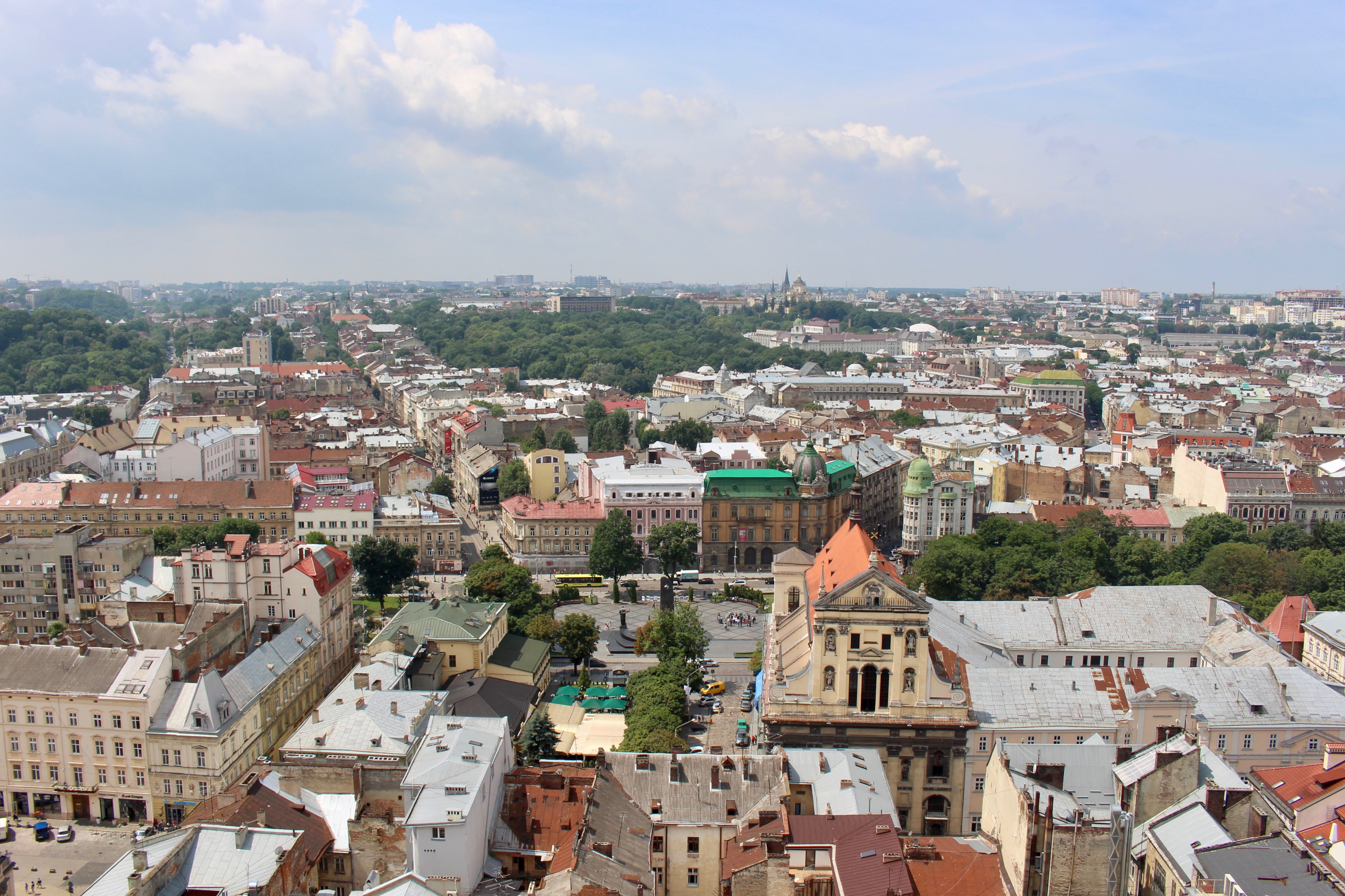 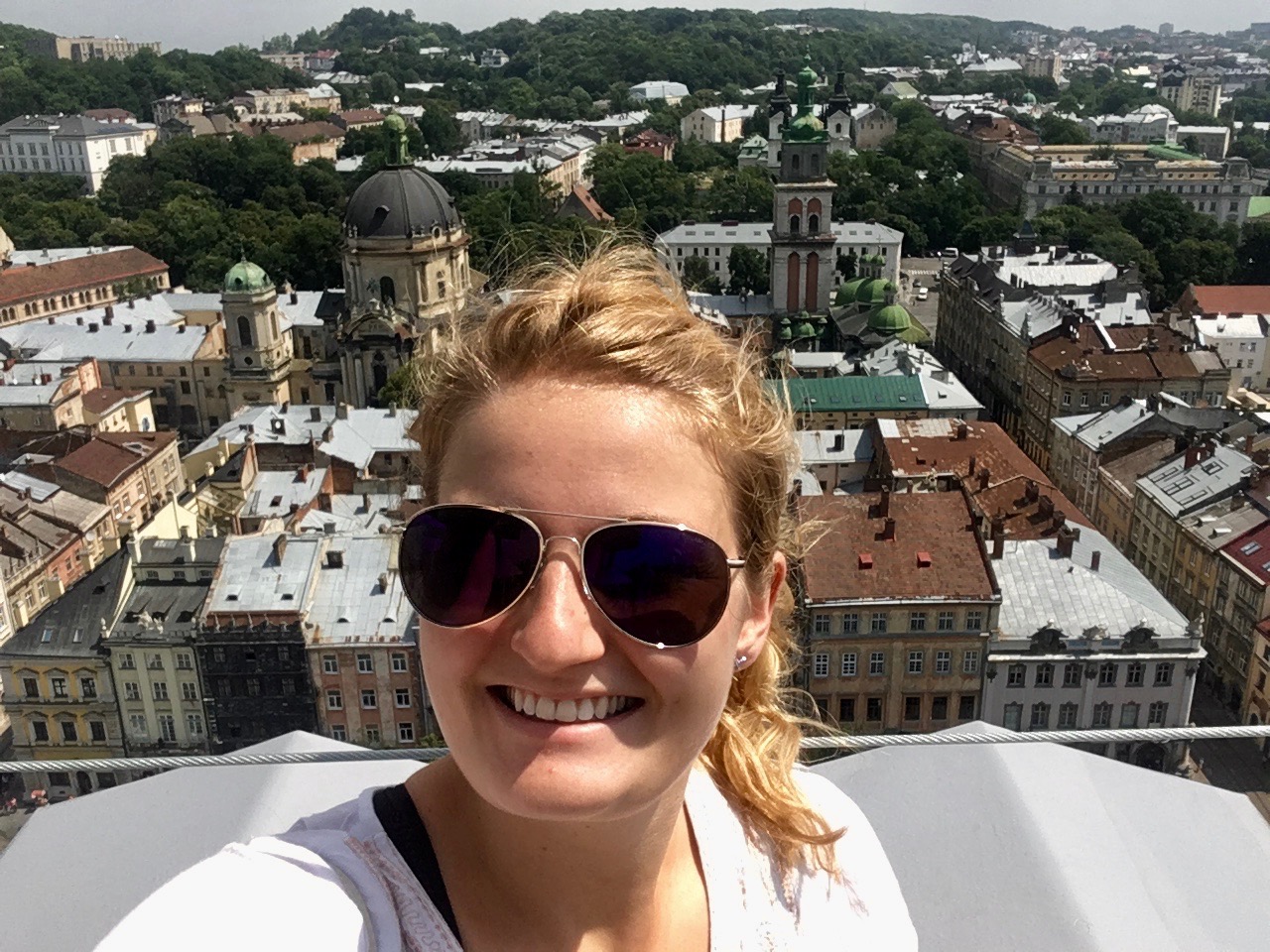 When I first read about this as a sight to see in Lviv, I was a bit skeptical. Why would I want to walk 25 minutes outside the historic city center to see a cemetery? I’m so glad I made the trek because this place is more of a sculpture garden than a graveyard. Huge gravestones of all sorts of intricate designs are scattered throughout the grounds, which are like a well-kept forest garden. 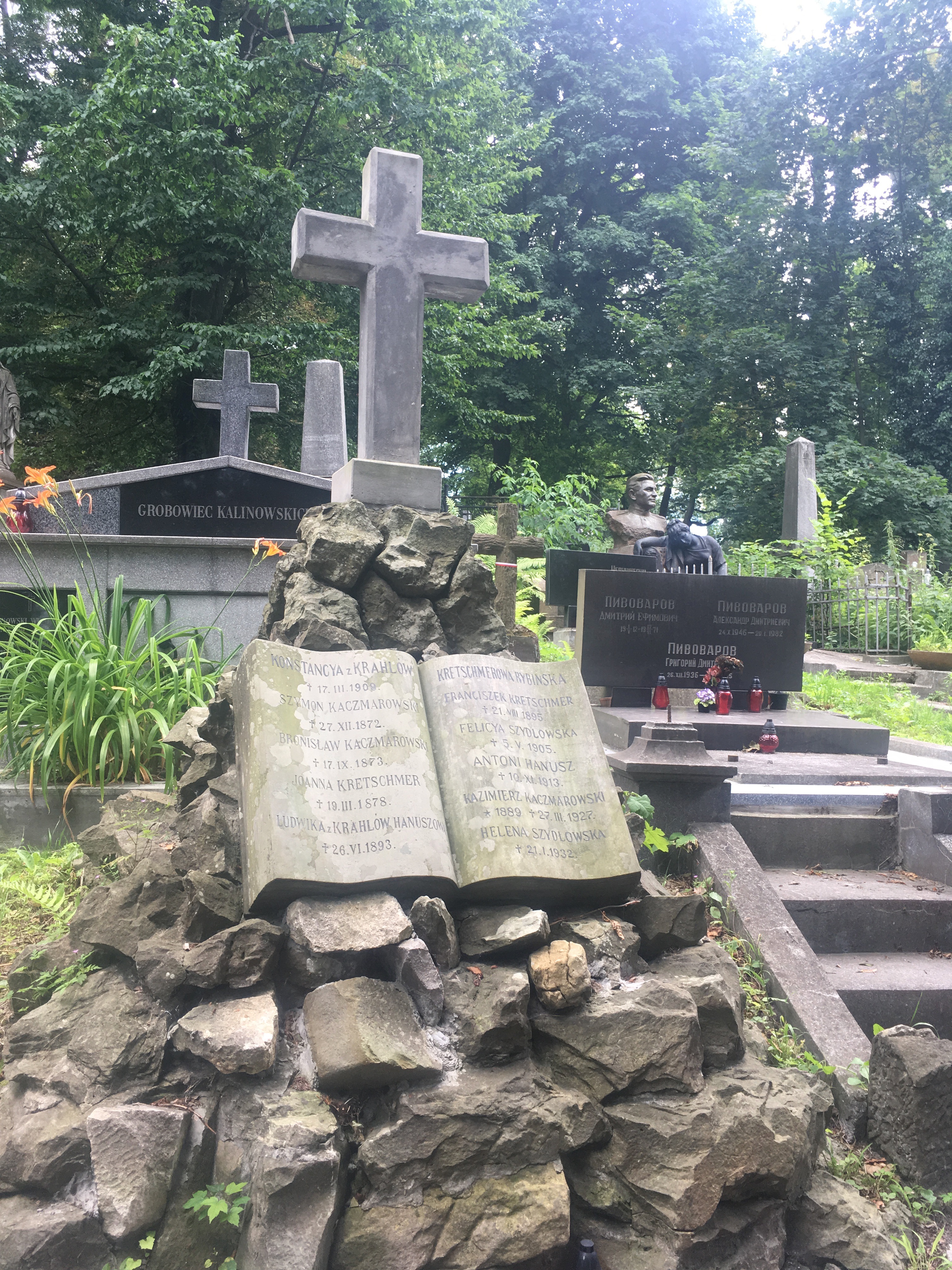 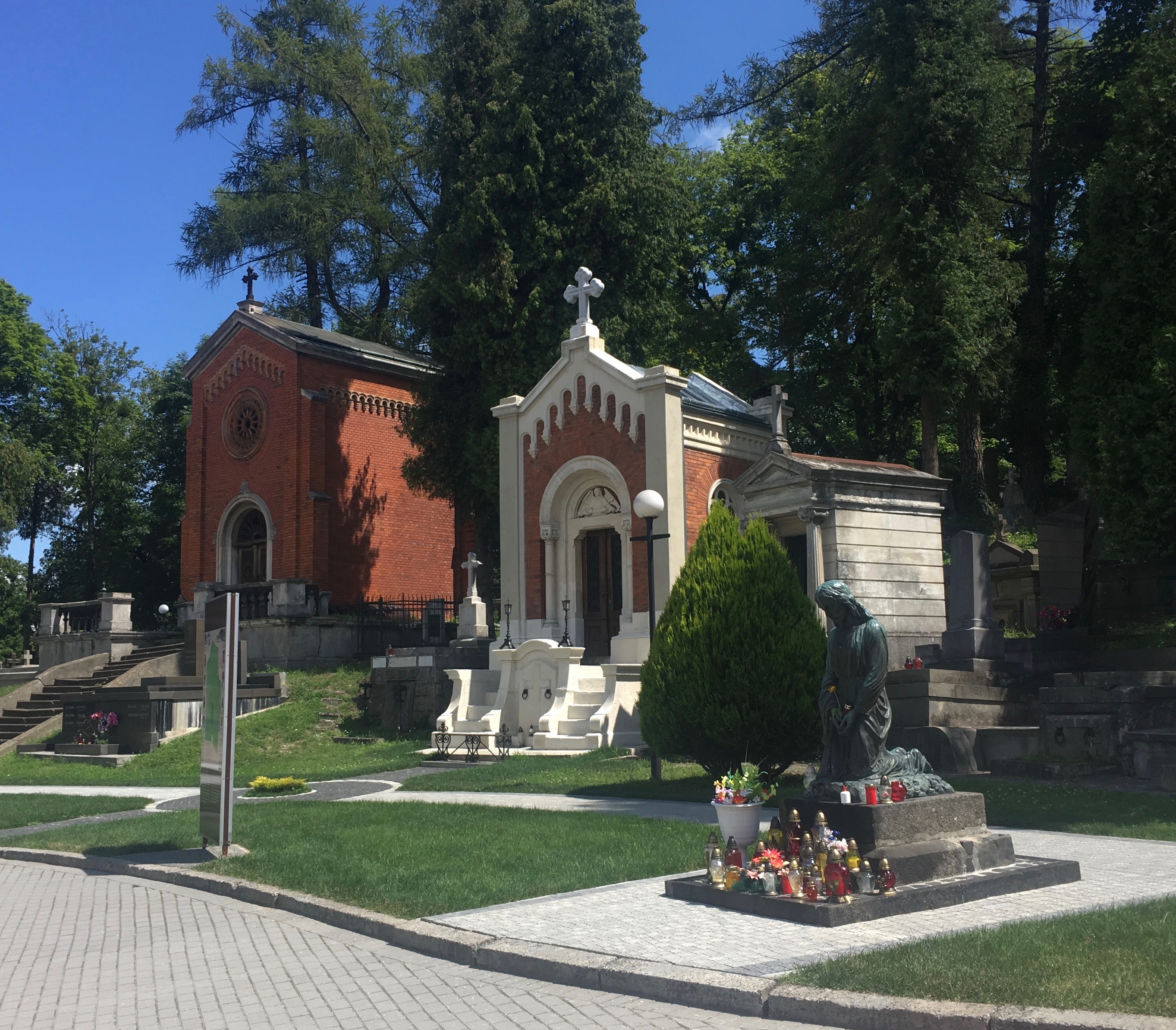 Built in the 1880’s the Potocki Palace is considered one of the “grandest” residences in the city of Lviv. It is apparent that the designer was a French architect; the style gives a strong feeling of Paris right in the middle of the city. In front of the palace entrance, which now functions as a museum, is an installation of different colored umbrellas. They are suspended beautifully over the street between the palace gates and an art museum across the street. 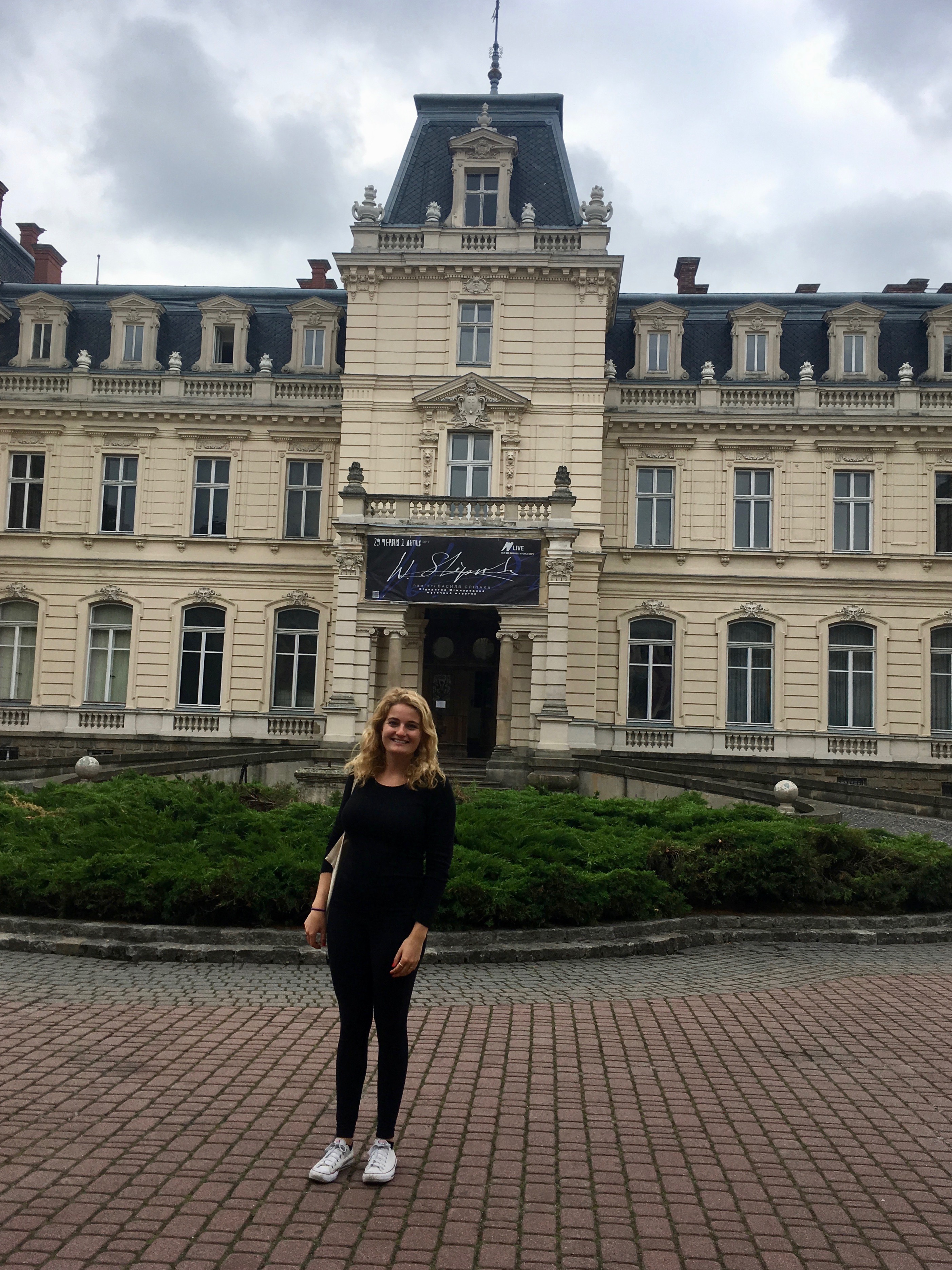 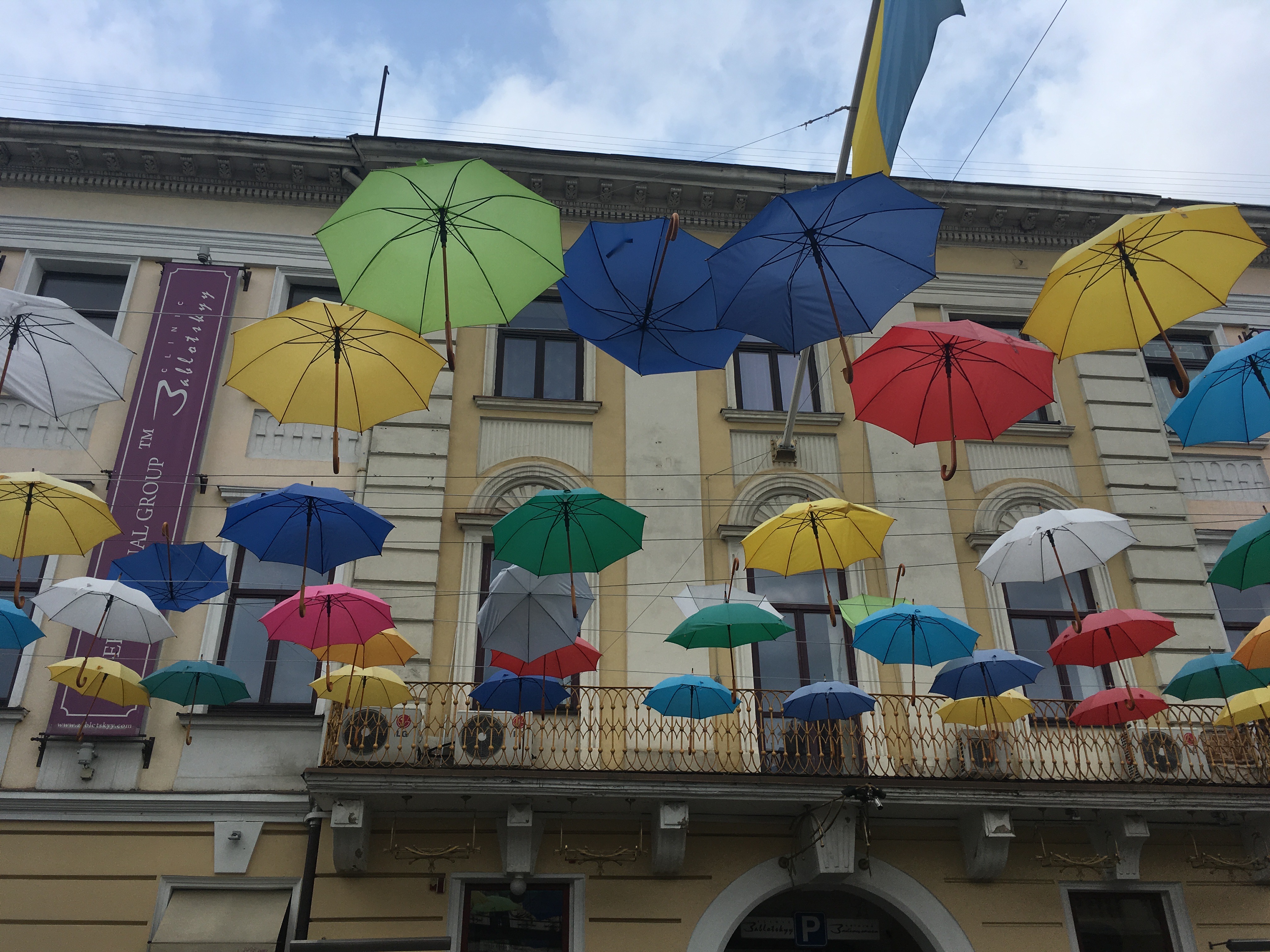 A beautiful avenue to walk by on your wander around the city.Not too much else to say. Trimmed trees, cool old buildings, some nearly crumbling to pieces, others intact and full of stories. 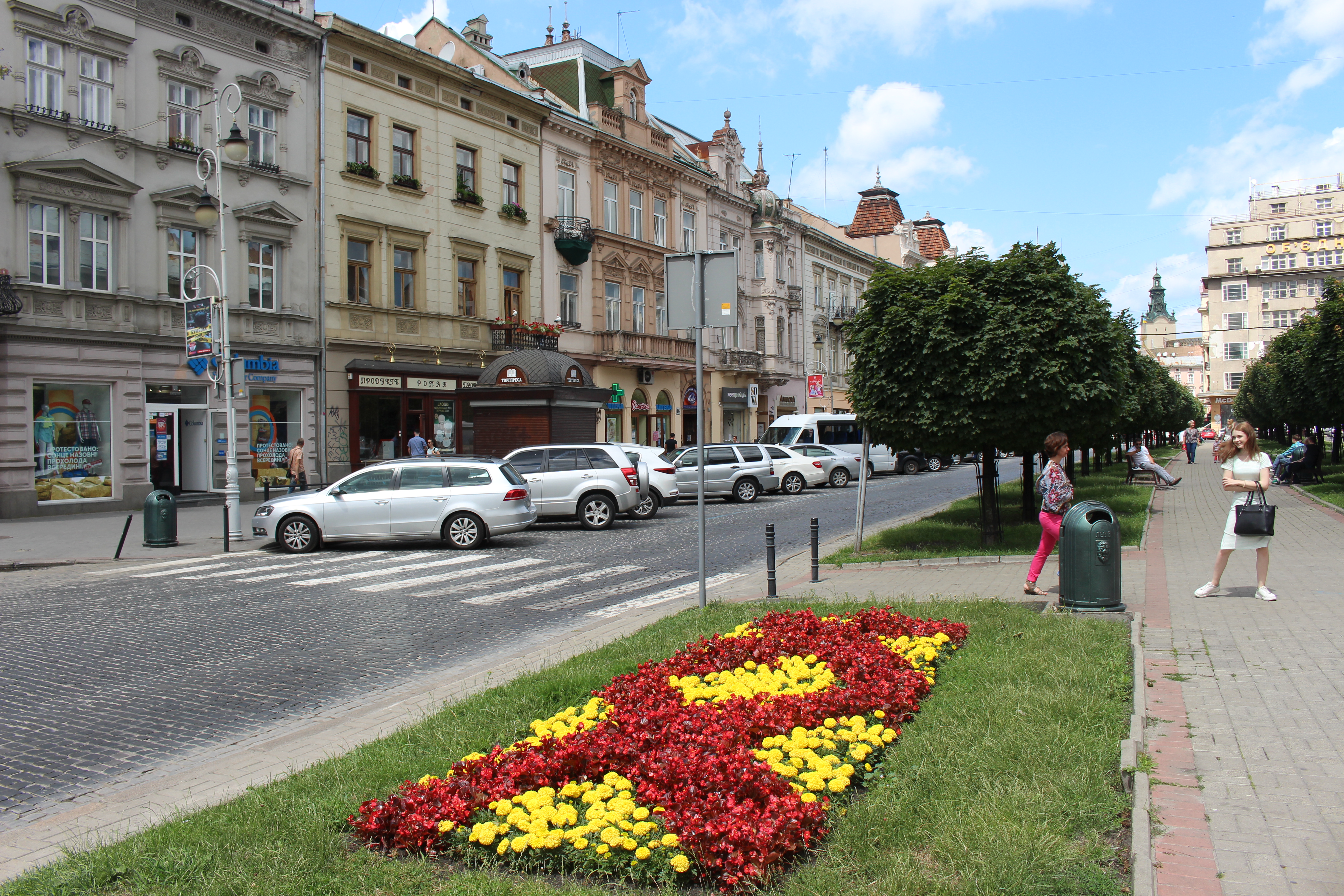 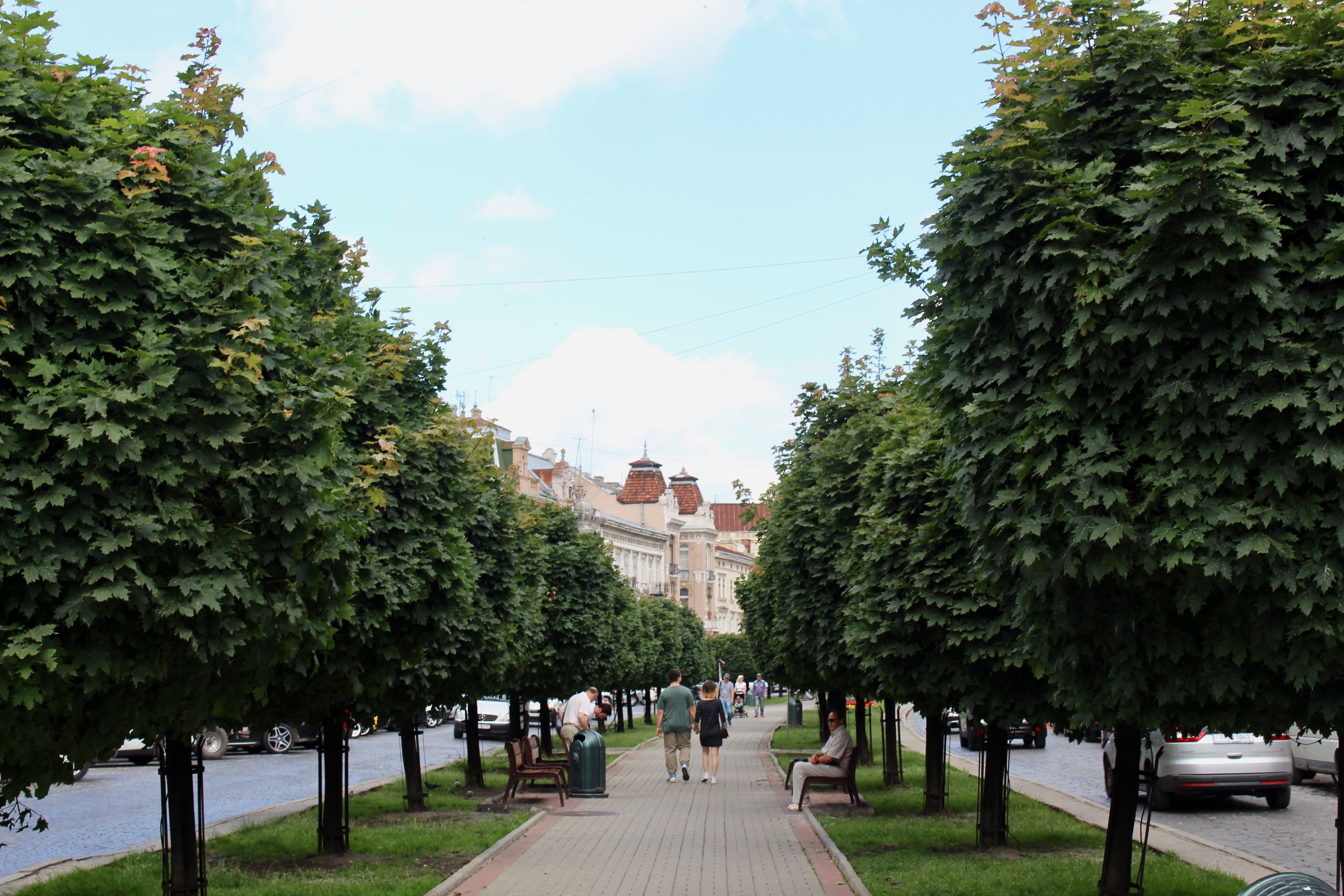 I didn’t go and see a ballet here but apparently, this is a great spot to go to if you appreciate that sort of theatrical performance. Ukraine is cheap, the best seats in the house will only set you back about $15-$20. 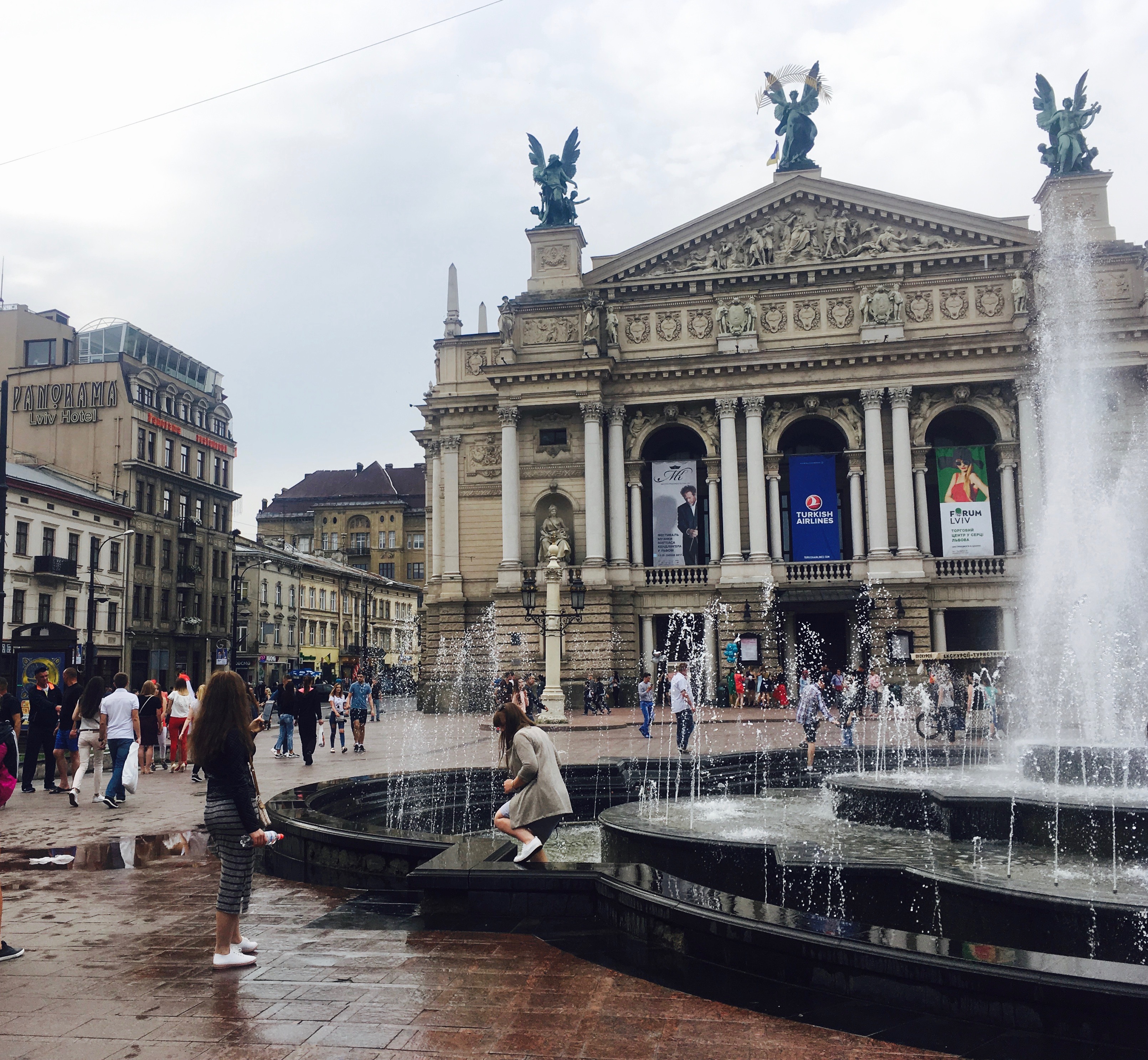 I loved this restaurant so much I went here twice for breakfast. Their coffee was excellent and the savory crepes I had kept me full for most of the day, fueling me through long walks throughout the city. And the mascot is a penguin, so cute! 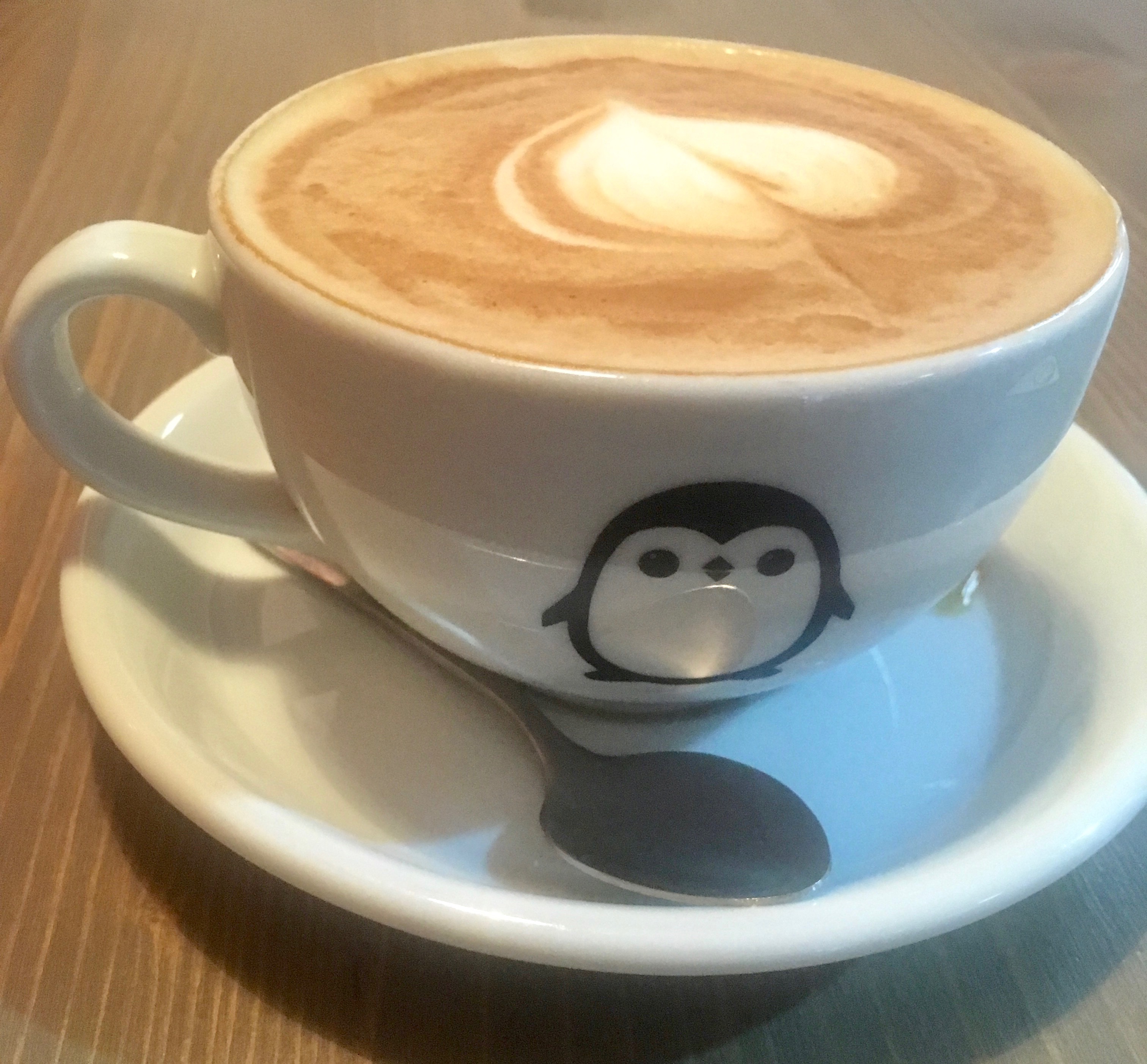 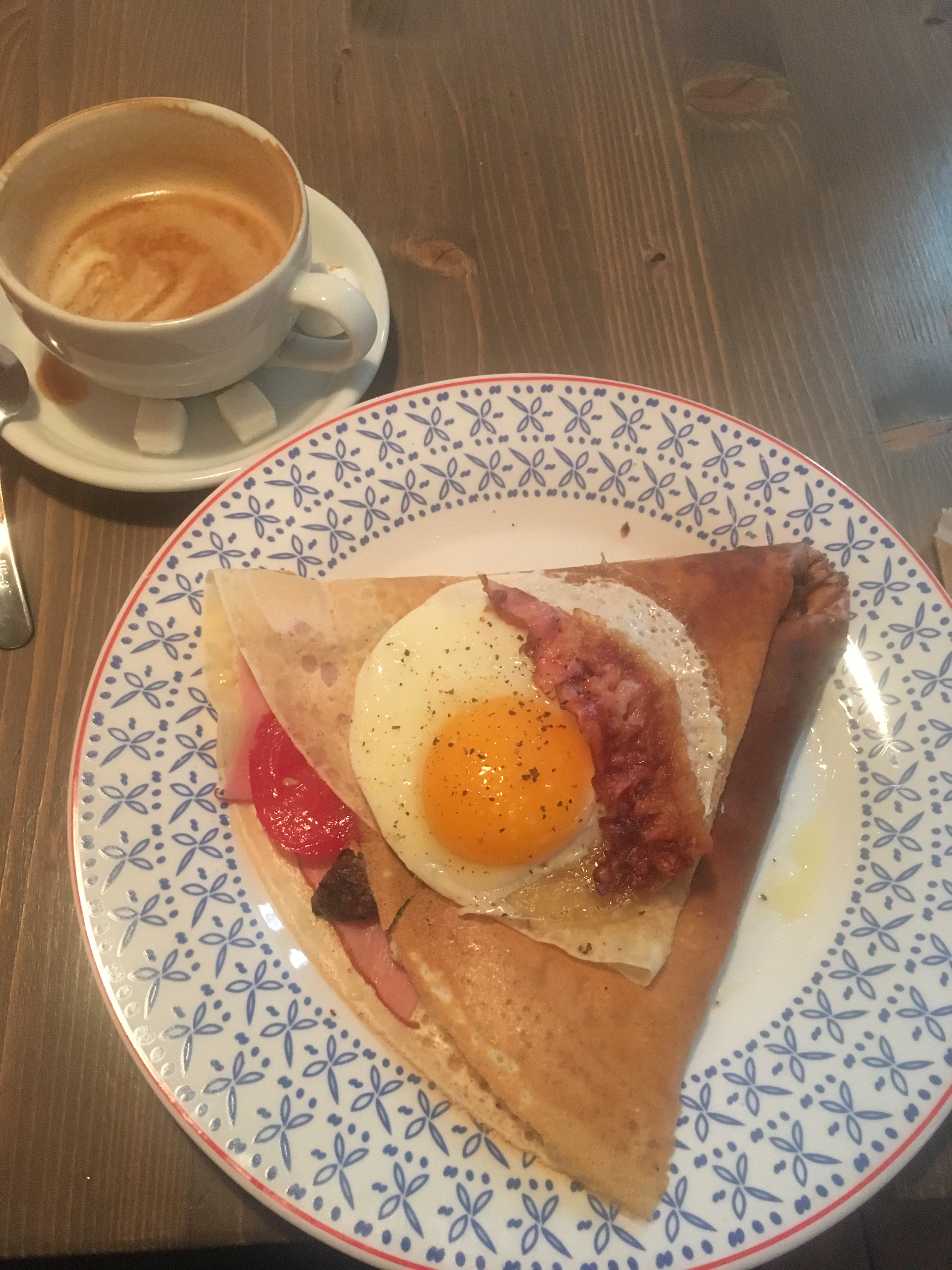 Overall, traveling in Ukraine was an eye-opening, awesome experience. People were friendly, I met cool people at my hostel, and I got to see and do everything I wanted and I never spent more than $25/day. It is insanely cheap. There is a lot of beautiful history that still lives in Lviv that wasn’t stamped out and covered up by Soviet or Nazi occupation. It feels like stepping into a different world, and I’d highly recommend a trip to Lviv to anyone making their rounds in Eastern Europe.