Ibiza is one of the Balearic Islands of Spain in the Mediterranean. Somehow, I ended up in this beautiful place in Summer 2014 right before finals week during study abroad.

Getting to Ibiza & Accommodation

The flight to Ibiza from Madrid was short, about 50 minutes from take-off to touch-down. The slew of people on my flight indicated that this was about to be a party-heavy weekend. I caught a cab to my hostel, Hostal Flores, located on the iconic west end of the island. If you’re planning a trip to Ibiza and want to keep your lodging expenses low, this is your best bet. I’m not going to lie, it’s nothing fancy. There’s no wi-fi and no air conditioning. It’s old school, but it’s cheap and in a fantastic location. Ibiza is one of those places that you won’t be spending much time in your hotel room regardless. It sits right off the West End strip, the hostel provides a well-located place to sleep, but not much else. I paid €26 a night.

If you don’t mind spending a little more on lodging, however, the friends I met up with were staying in the Red Hotel in San Antonio, just as fabulous a location but with an ocean view, wi-fi and a few more amenities, they spent about €50 a night for their room. 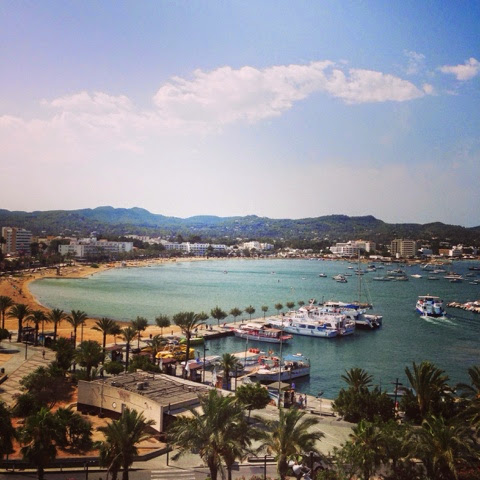 The first night we went out to the bars on the west end, an overwhelming and extremely fun experience. The thing I quickly learned about Ibiza is that in order to really enjoy the experience, one must let go of the idea of saving money or doing anything cheaply. It’s not possible. Everything costs money and it’s all pretty expensive, but there are ways to get decent deals in order to have a good experience. After just three nights and two full days, I am far from an expert in “how to Ibiza” but I did learn quite a few things while being there that could be helpful for someone looking to plan a quick beach getaway.

“The Iconic West End” is a long strip of bars, restaurants, and nightclubs (and strip clubs) located just off the water in San Antonio. The streets look like absolute carnage. Our first night in Ibiza we stayed up until 4:30AM out on the West End, jumping from bar to bar. It was a super fun experience, the drinks are a little pricey, but it is a good way to go out and have the dance/club atmosphere without dropping €30+ on the cover charge for the larger clubs. The bars that we went to included 80s/90s bar which played tons of great throwback music, Ground Zero which was a cool indie-rock bar, Cafe Mambo among many others. 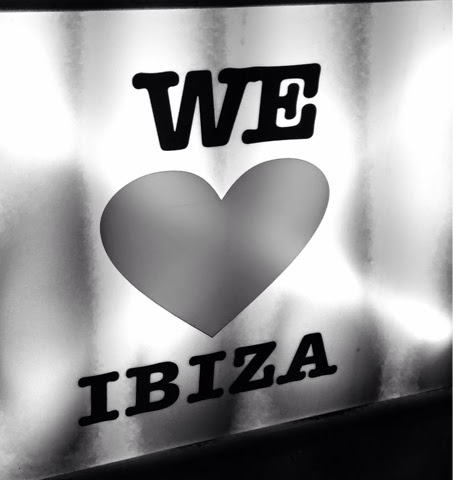 Drinks average €4 each, and shots are about €2-3. Not horrible if you spend time pregaming beforehand. As far as attire, I quickly learned that literally, ANYTHING goes in the west end. Club and bar attire ranges from fancy to just plan trashy-scandalous. Aside from drinking and dancing, time in the West End is also well spent just people watching.

Located right on the waterfront, Ibiza Rocks is a touristy, club-atmosphere bar that has c party packages and experiences to book in Ibiza. We ate here multiple times and had drinks, as it is an energetic atmosphere and the prices are not outrageous.

Later into the evening as the bar fills up, with the live DJ playing music, it is almost as if it is a free club and there is dancing and drink specials all night. I would definitely recommend a visit to Ibiza Rocks, either at night to enjoy some of the nightlife or during the day to chill out with some hangover food or day drinking. 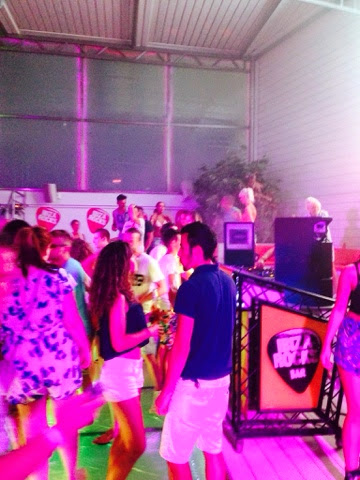 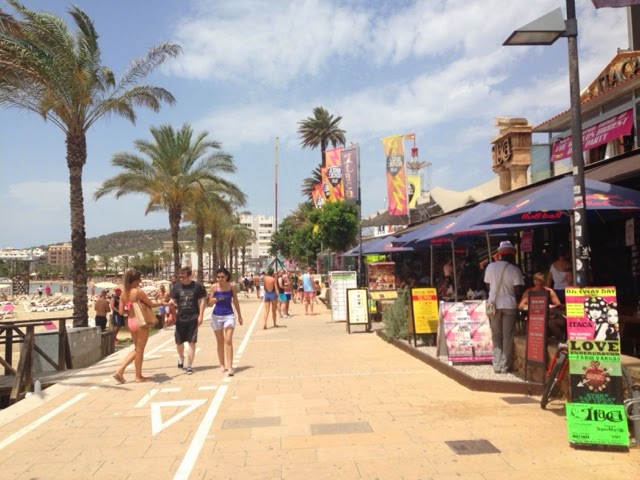 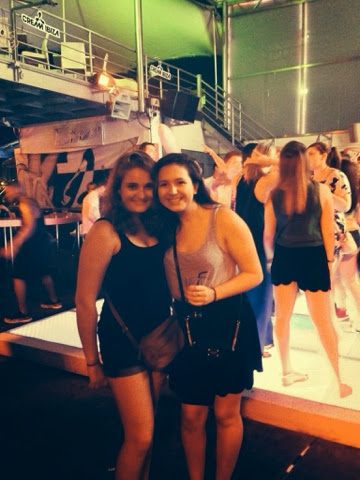 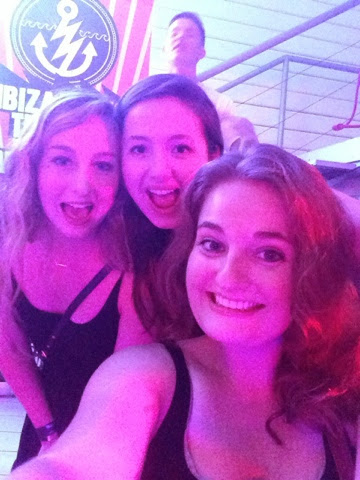 Pukka Up was the company that we bought our boat party package from. For 70 euro we got:

€70 is a lot of money to spend, but it was a super fun experience, and a three-hour boat cruise is a good amount of time to be out on the water. The cruise goes from 5-8pm which was perfect to avoid the blistering heat of midday. 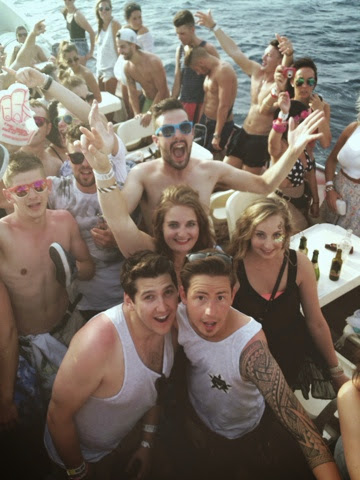 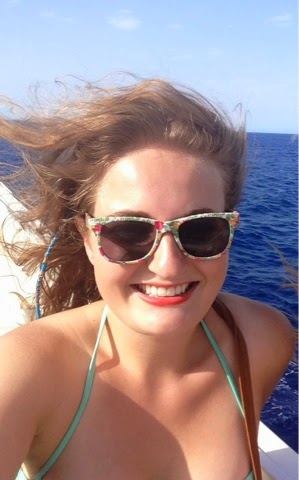 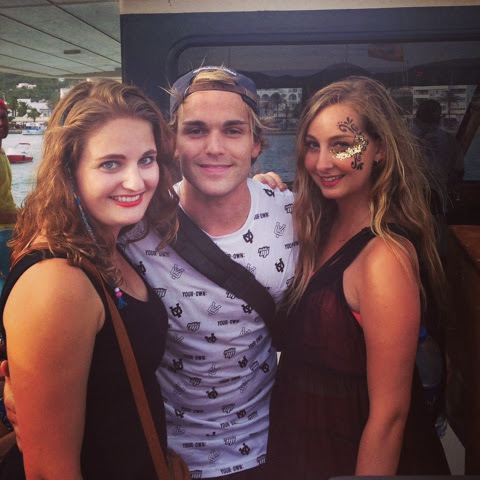 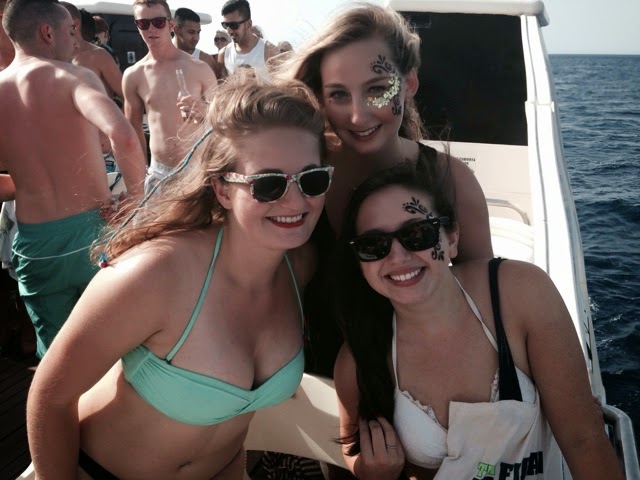 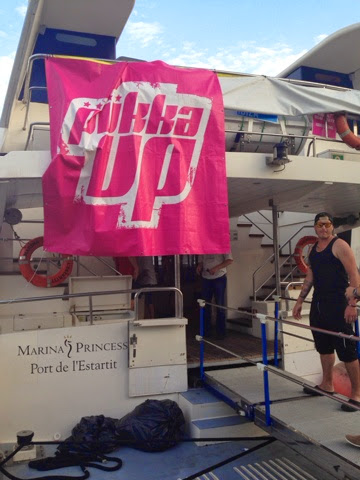 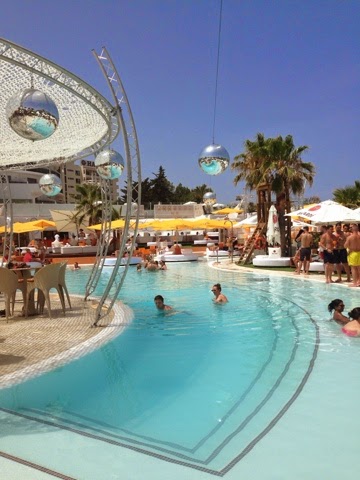 Included entry to Ocean Beach with our Pukka Up cruise was a cool perk, as we got to see a ritzy beach-side club, but be warned that free entry does not mean that you won’t be spending money once inside. Just a chair to sit on is €10 and the food and drink prices are ridiculous.

Privilege nightclub in Ibiza is the largest nightclub complex in the world, located about 10-minute bus ride outside San Antonio. On our last night, we happened to stumble upon a promoter who was handing out wristbands for free entry and free transport to and from the club.

For an affordable meal and free wifi, I visited El Patio de Los Fuentes during my weekend stay. The staff was super friendly and having fast, free wifi was essential considering Hostal Flores does not have it. I had pizza from here as well as a full English breakfast, which was only €4.50 and sustained me for a good chunk of the day. Big mugs of beer were only €3, which is reasonable considering how expensive drinks are at some bars in Ibiza. 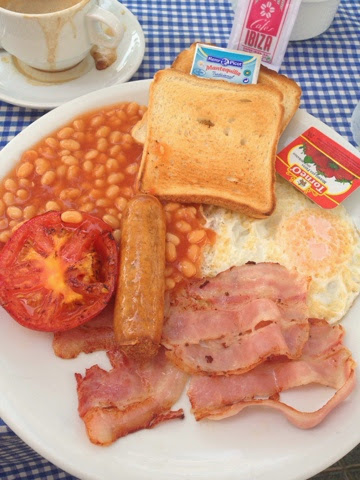 The best free thing to do while in Ibiza is to head to the beach. The beach is San Antonio was pretty and will get the job done as far as swimming and tanning goes, but if you have time I’d recommend venturing to other parts of the island too.

Buses run from the station in San Antonio to other nearby beaches that are beautiful and less crowded. The 7 runs from the station to Cala Bassa beach, the 4 to Platges de Comte and the 5 to Cala Tarida. Other Things to Do

Ibiza offers a huge host of things to do besides just partying and relaxing on the beach. Parasailing, paddle boarding, scuba, and snorkel, among many other water sports and activities, are popular. Rent a boat in Ibiza for an unforgettable day if you want to enjoy a private cruise.

A restaurant definitely worth checking out in San Antonio is Tijuana Mexican Restaurant. Not only was the decor super cool, but the restaurant also has a huge variety of different tequilas and amazing Mexican food. I had the fajitas and a shot of cinnamon tequila served with an orange slice. Definitely worth a stop if you like Mexican food and want to get away from the busy main drag in San Antonio

The amusement park. Just don’t do it. It’s overpriced and nothing special. This picture is kind of cute because the only two bodies on the ride are me and my friend Elizabeth, but it was €10 and I felt like puking afterward.

Overall, Ibiza was a wild and fun experience, a great way to party before finals week during my study abroad. I’m not sure if I would go back, I definitely want to go to the other Balearic Islands, Mallorca and Menorca for the beautiful beaches without the trashy party chaos.

Maybe Ibiza again someday when I have unlimited money to spend on having fun. It also cultivated within me a newfound love for EDM. I can’t stop listening to David Guetta, Tiesto, Avicii, Hardwell, and several others, I’ve been dancing on the street and on the bus ever since getting back, and now listen to it while working out all the time. 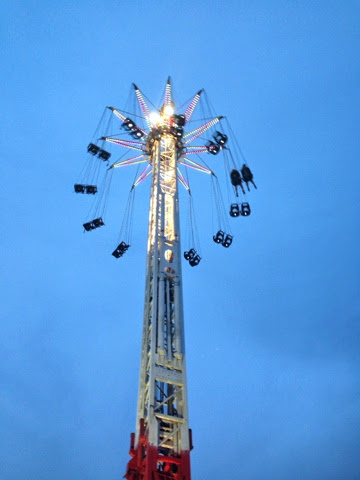 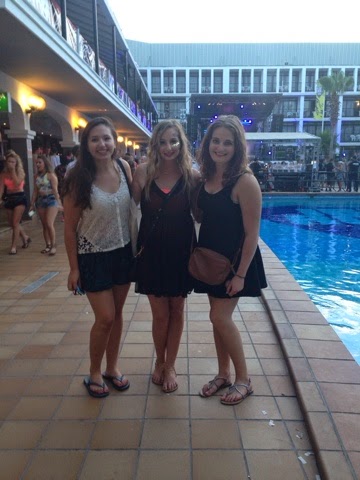