When traveling to Spain, it can be really difficult to narrow down where to visit. Every little town has its own charm and magic, and you can find so much fun and enjoyment everywhere. I’ve visited dozens of cities in Spain, and there’s honestly not a place that I wouldn’t return to for at least an afternoon of wandering around. 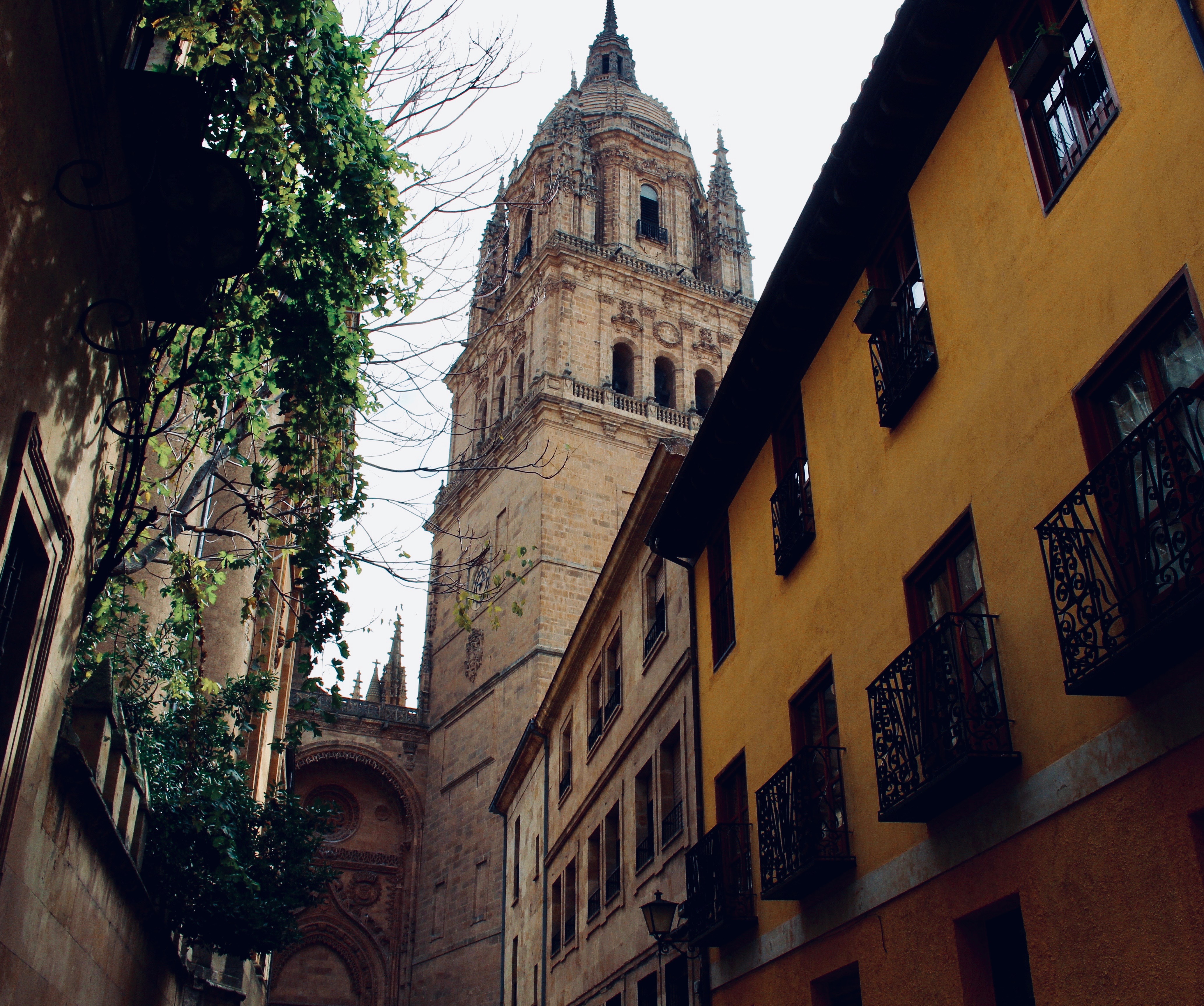 When you’re living in Madrid as an Auxiliar de Conversación, you’ll have many weekends to explore little towns in Spain. Every weekend is a fresh opportunity to explore a pueblo or a city or take a trip abroad.

One weekend, we opted for a very ambitious day trip to not one, but TWO destinations in Spain with a guided tour. My roommate Hannah and our friend Adele joined a SmartInsiders tour for a visit to Salamanca and Ávila, two very beautiful and historic cities in Spain. 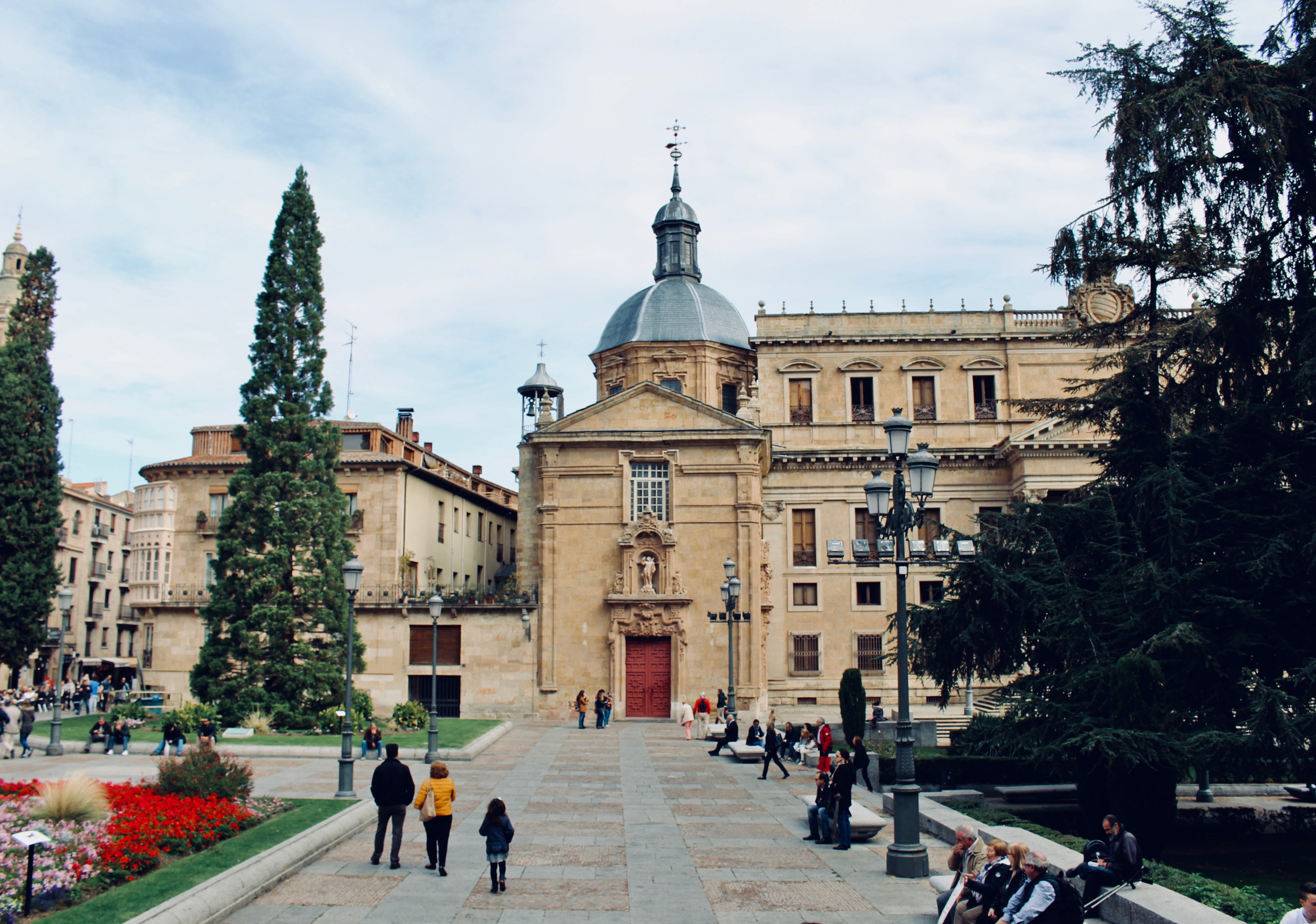 We left at 10AM from Madrid and made the two-and-a-half-hour journey to Salamanca. Our guided tour began at the Puente de Romano, one of the many Roman bridges spanning the Tormes river that runs through the city. 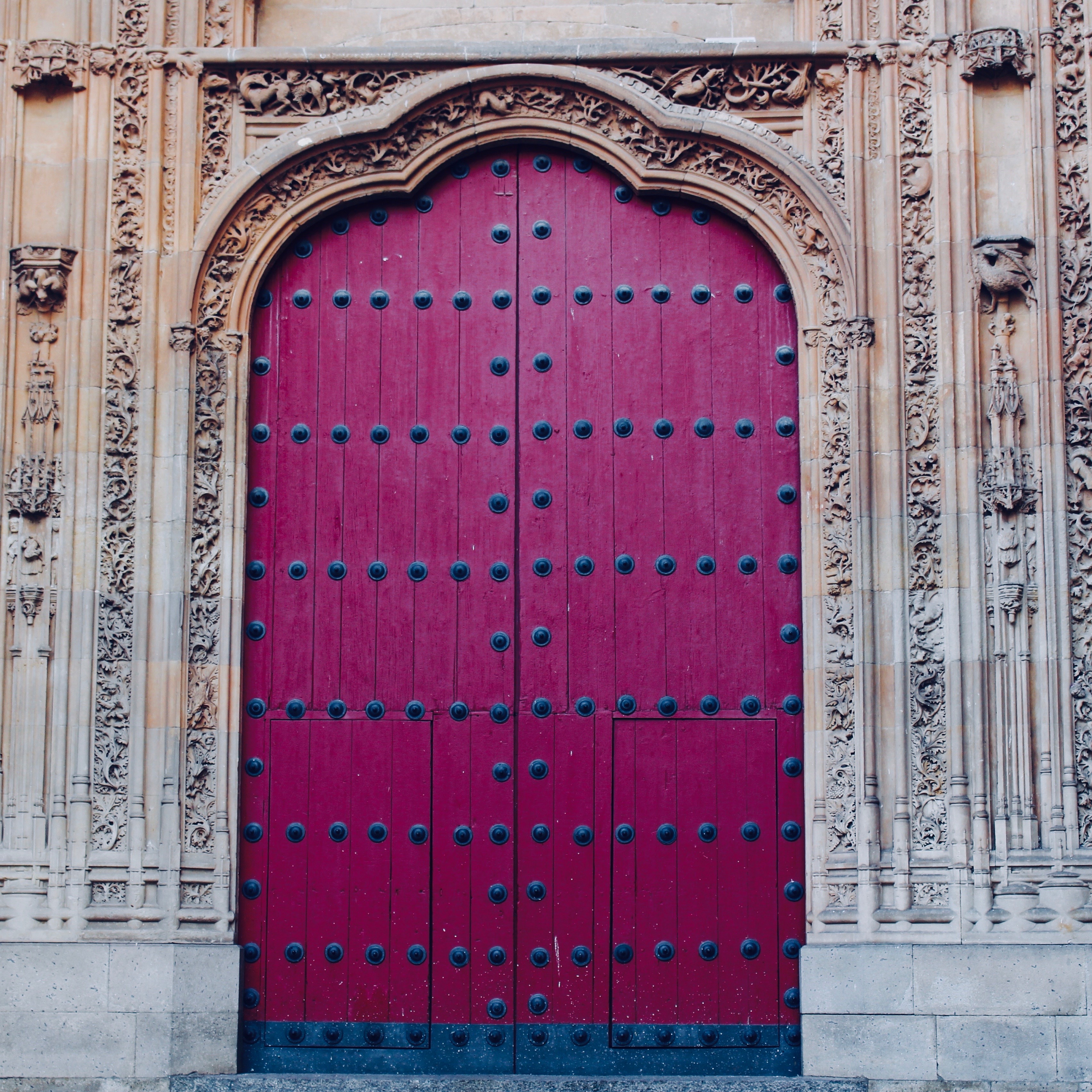 We walked past the old cathedral, a popular tourist attraction that was constructed in the 12th century in Romanesque style. The new cathedral, built in the 16th century, is also a beautiful church that attracts many visitors annually.

Salamanca is a small city, and both cathedrals are easy to reach on foot. You can spend hours wandering around the sites and stopping at little bars and terraces for drinks and tapas. 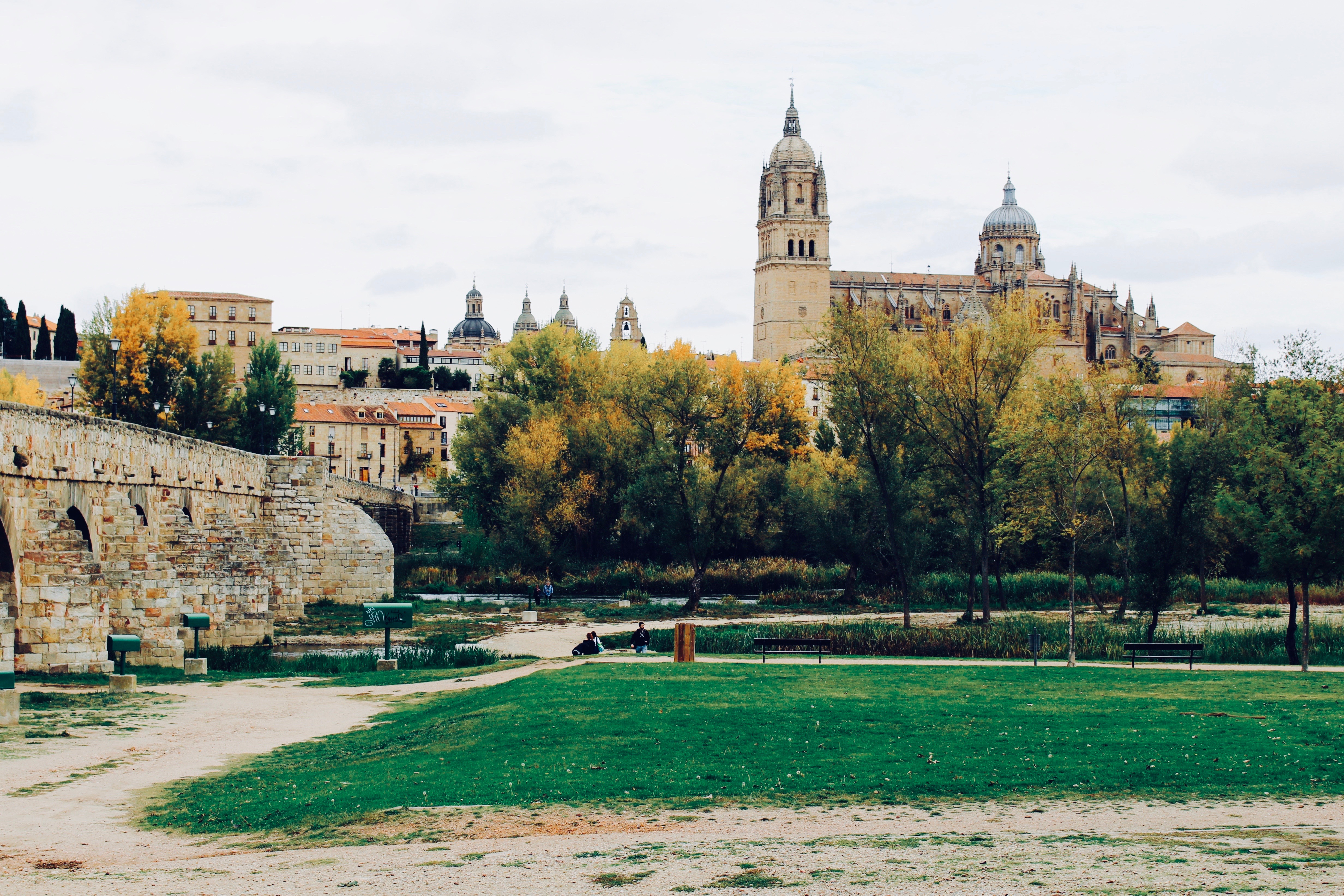 Another attraction of the city is the Casa Lis Art Deco and Art Nouveau museum, located on the outer edge of the city center. Photography inside the museum was prohibited, but I did manage to snap a shot of the stunning stained glass that comprises the majority of the windows of the building. 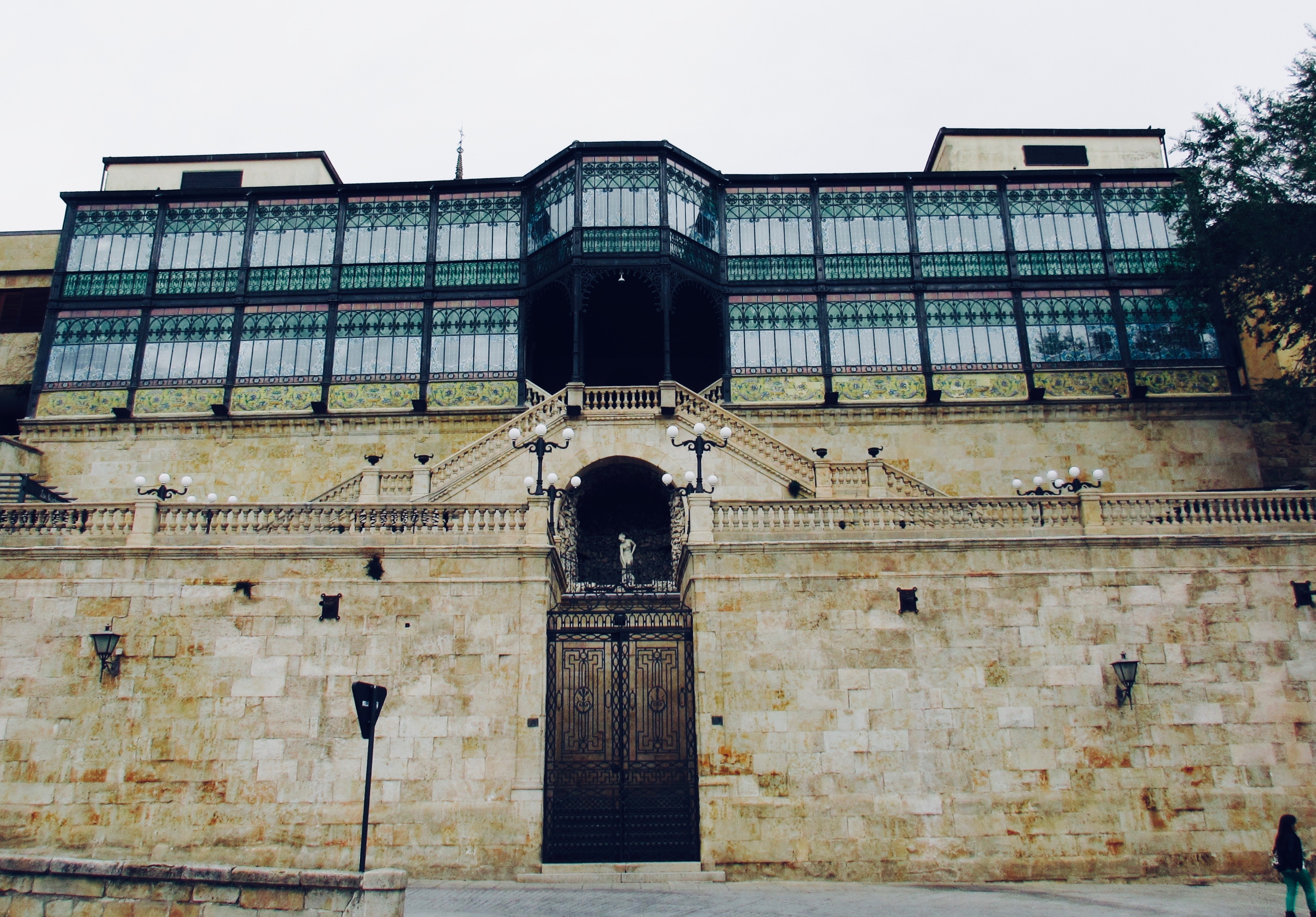 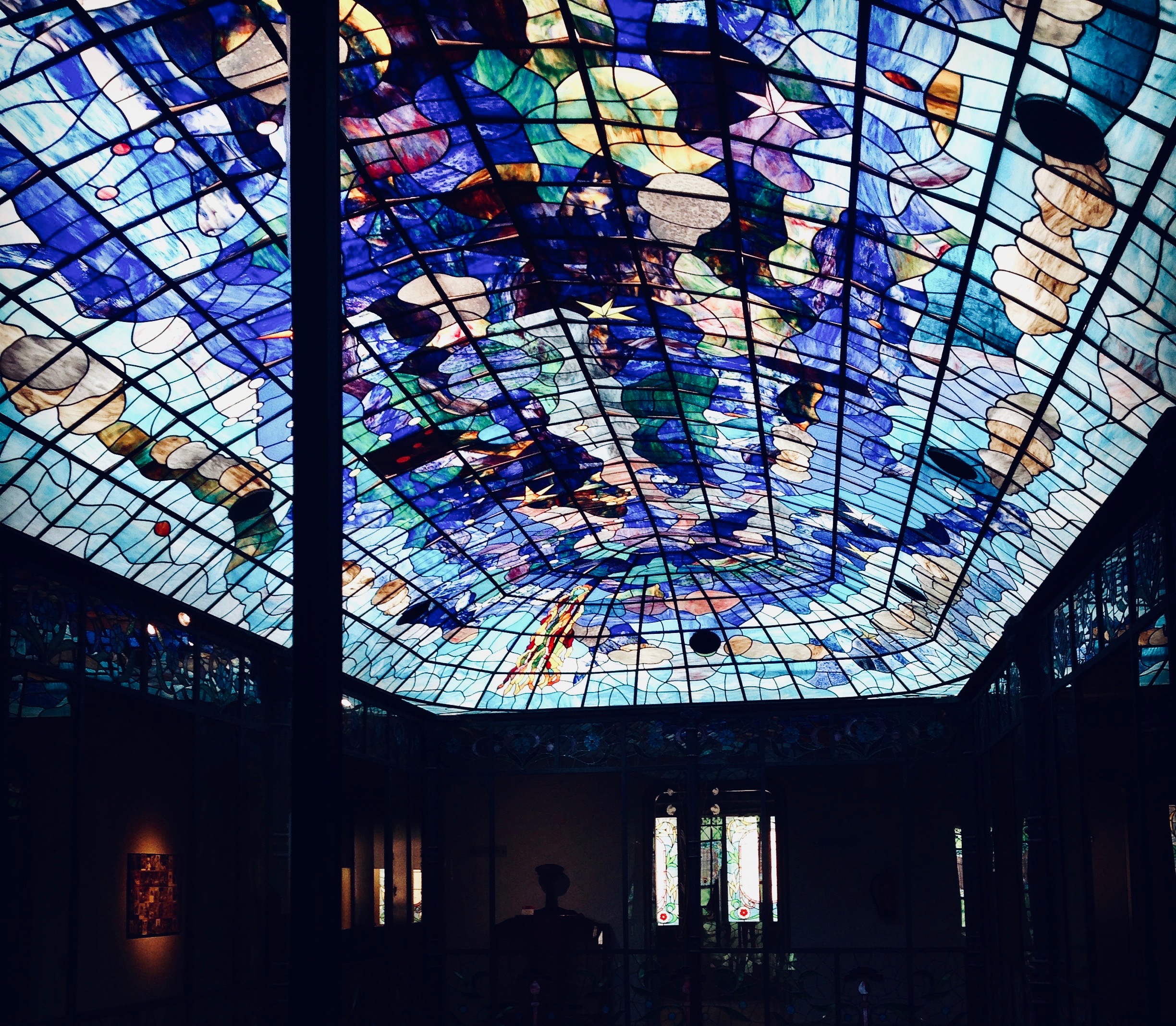 The Plaza Mayor in Salamanca is similar to Plaza Mayor in Madrid with its Baroque-style architecture. It is very busy, bustling with tourists and vendors selling various books, souvenirs, arts, and foods. 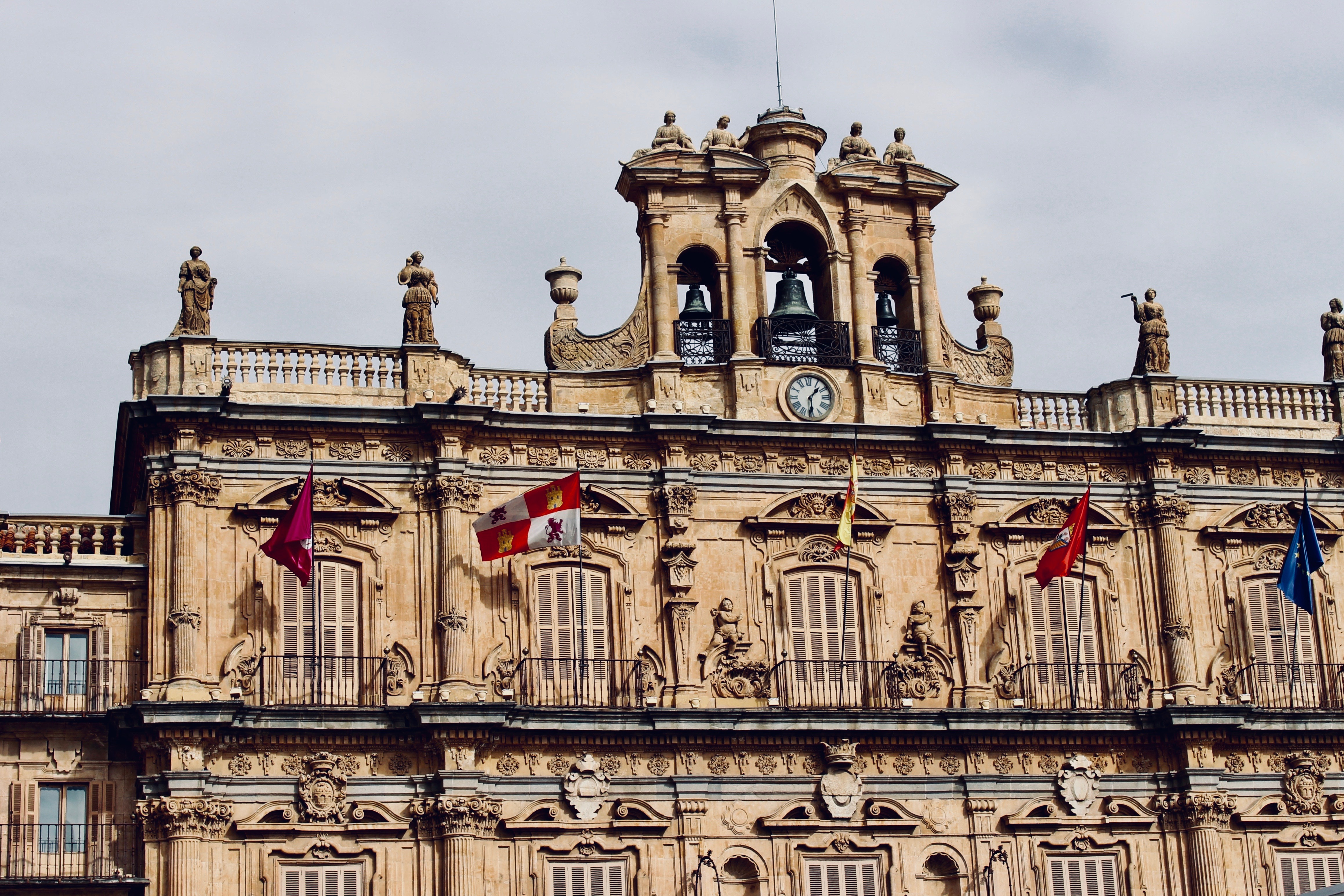 Salamanca is most well-known for the University that sits in the city center. It was founded in 1134 and boasts a list of notable students, including the conquistador Hernán Cortes, poets Fray Luis de León, Luis de Góngora and Miguel de Unamuno and St. John of the Cross, to name a few. 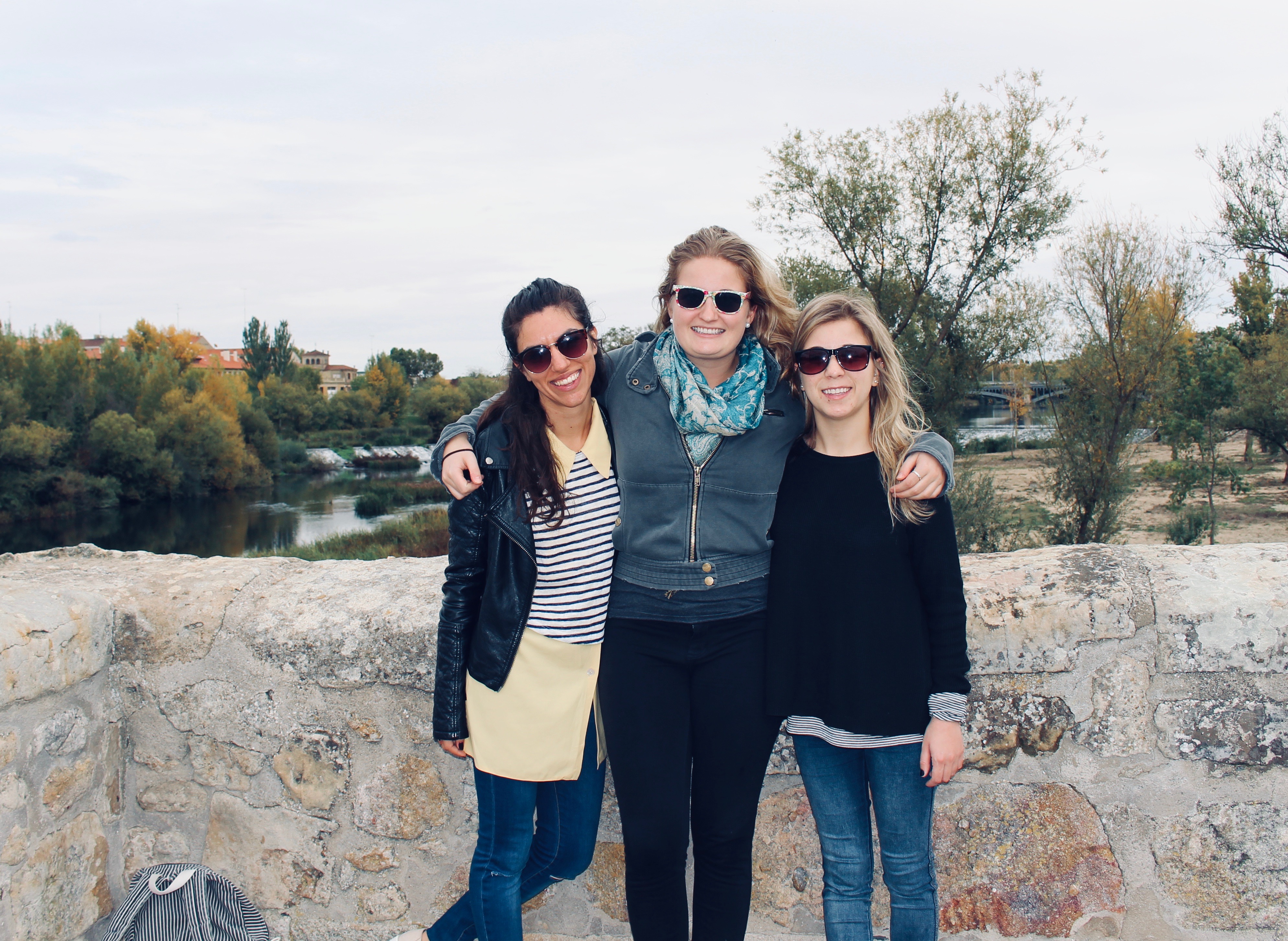 After several hours of milling about Salamanca, it was time to load back on the bus to go to Ávila, a city about an hour away back in the direction of Madrid. We were to arrive in Ávila with enough time to view the sunset from the castle walls that surround the city. The walls cost 3 euro for students and 5 euro general admission, and they are very lengthy and extend around the old part of the city. 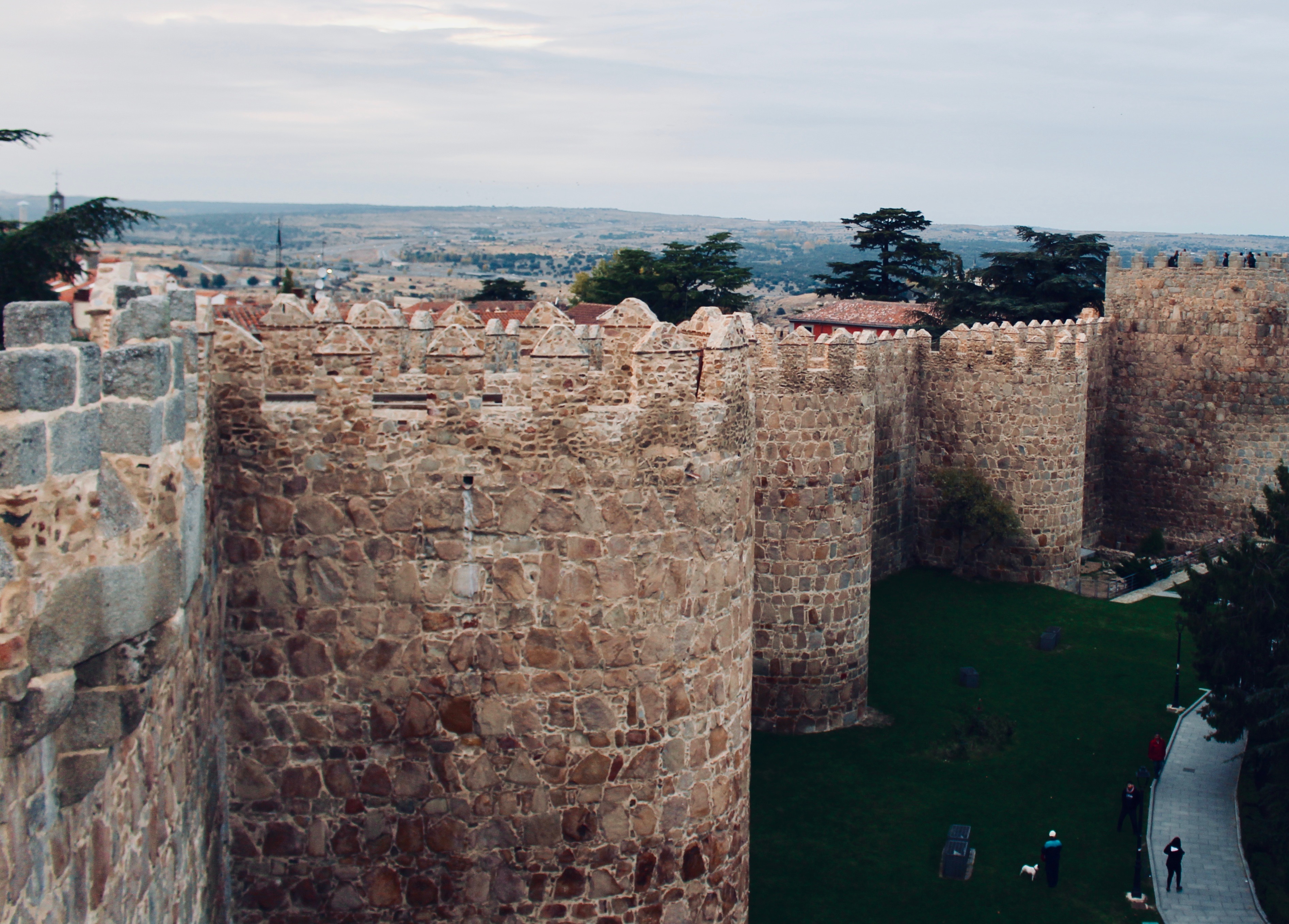 Avila was first settled in pre-Roman times, then conquered by the Roman empire, becoming an important fortress. After the fall of the Holy Roman Empire, Avila was taken over by the Visigoths and later the Arabs. It is now a small, touristy city that one could easily see in just a few hours. 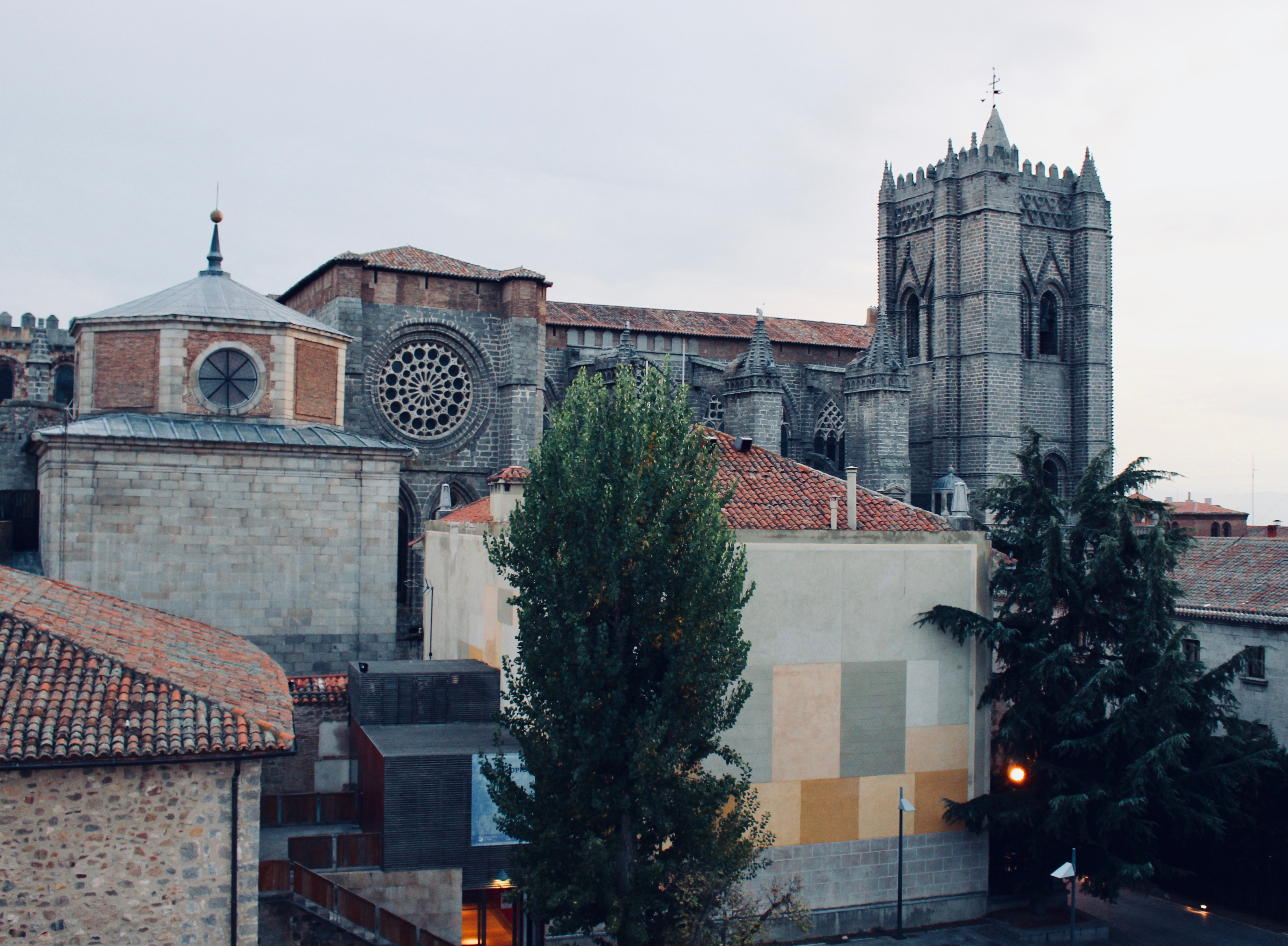 Overall it was a nice day trip experience, and I felt like I got to see a majority of both of the cities in a reasonable amount of time. Smart Insiders was very insistent on punctuality, which was nice to ensure we had optimal time in both locations. I would recommend Smart Insiders travel company for anyone looking to do this particular day trip to Salamanca and Ávila, as well as other trips that they offer leaving from Madrid. The staff was very kind and helpful and the prices were reasonable for the “all-inclusive” experience. 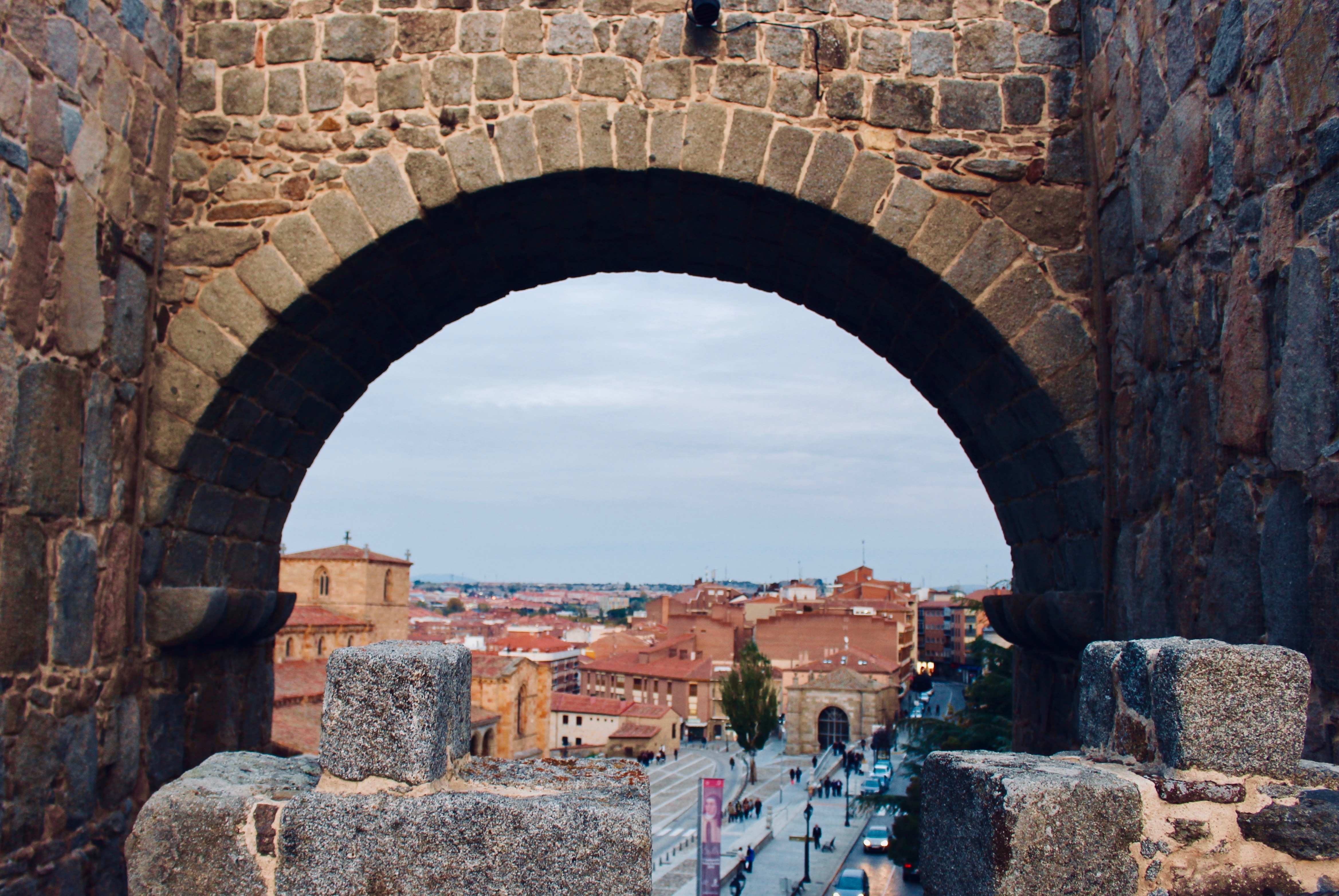 VLOG FROM SALAMANCA AND ÁVILA