The most striking thing I found to be true about Morocco was the distinct differences of each individual city. When Hannah and I first arrived in Tangier, the tension was thick enough to cut with a knife. It felt like everyone (except the people working at our hostel) was looking to rip us off, to capitalize on our position as tourists. We spent half a day walking around the city before making our way to our first real destination, Chefchaouen. Just a mere three hours from the bustling, littered streets of Tangier, this blue pearl sits in the mountains, a calm escape from the relentless salesmen and fast paced way of life found in the major Moroccan cities. 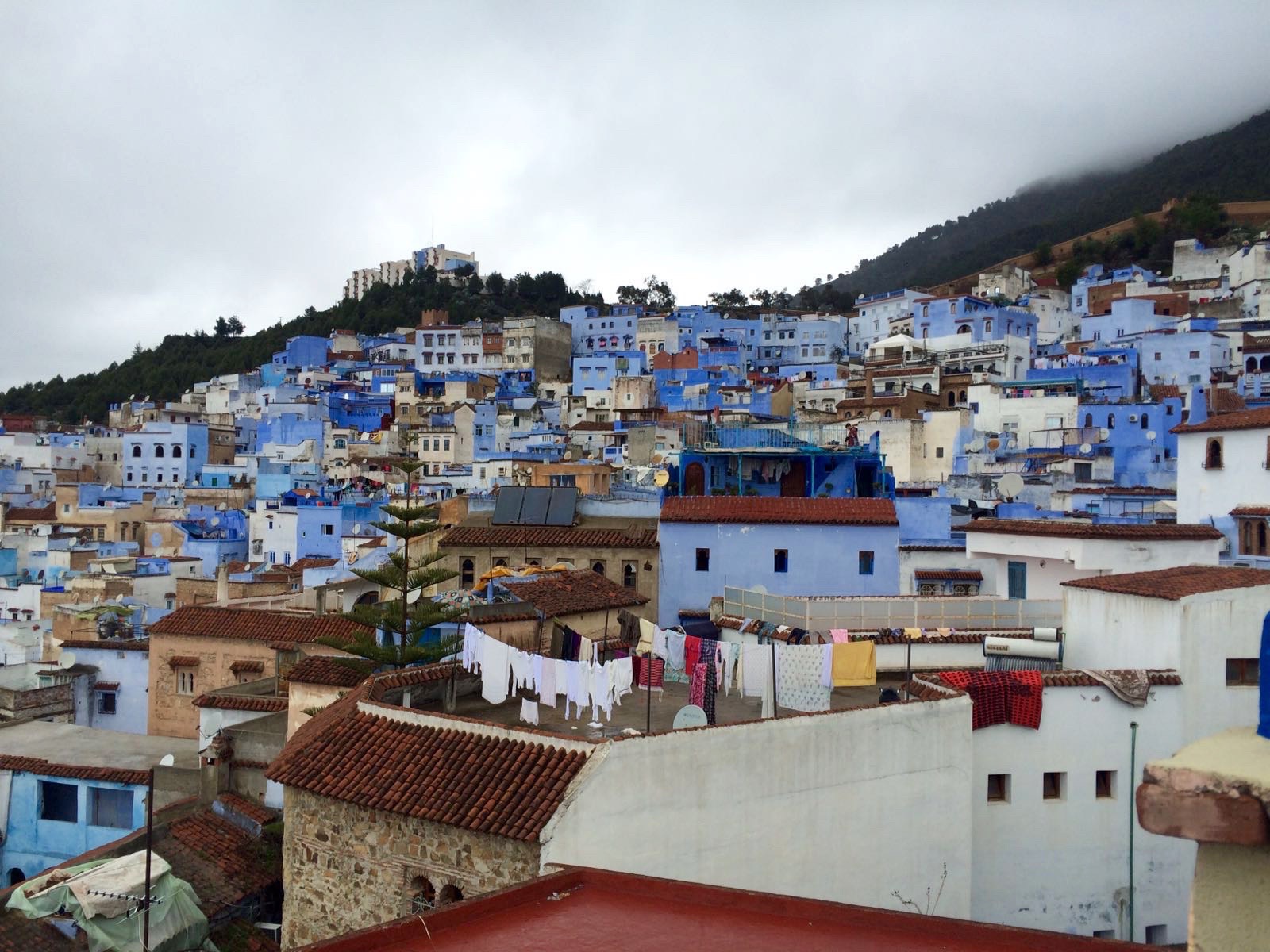 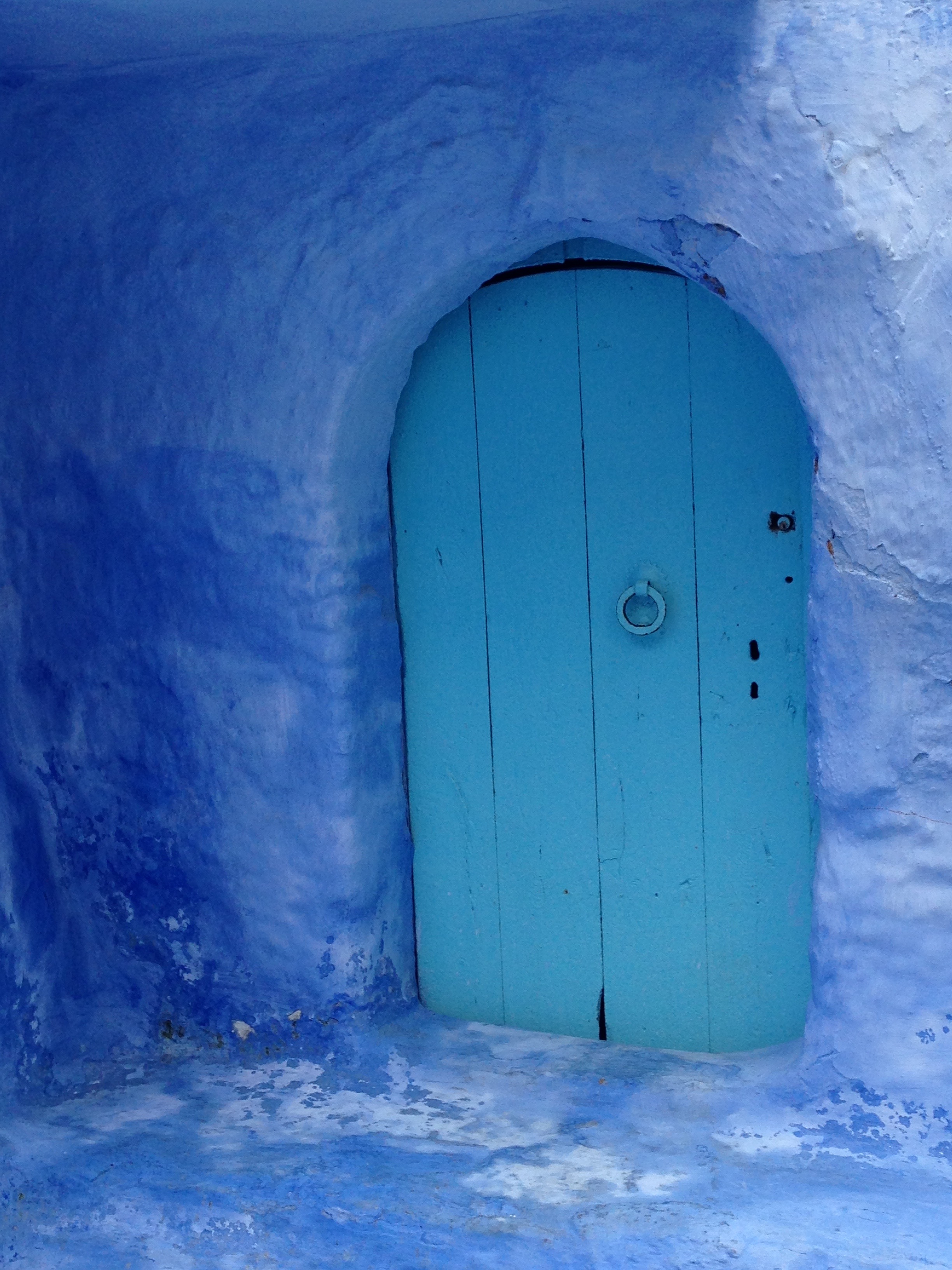 CTM is a well-known bus company in Morocco. They are fairly reliable, comfortable buses that connect all the major cities within the country. From Tangier, we caught a taxi to the bus station, where we bought our tickets to Chefchaouen the same day. It was about 7 euro one way, and the trip took about 3 hours, making one stop along the way. The bus timetables are available online and I was impressed by the frequency and convenience of the bus schedule.

The bus station is at the base of the city, outside the medina. Be wary of unofficial guides who will hassle you for money in exchange for leading you to your hotel or hostel. Just walk confidently into the medina, and refuse their services, or agree on a price beforehand. Cabs are also an option, but it is a short walk.

The hostel we stayed at was incredibly quaint and inviting. The manager was a welcoming guy who made us a full breakfast and taught me the proper way to make Moroccan mint tea, which quickly became my favorite beverage on the trip. The hostel has a very calm atmosphere, definitely not a party hostel, but I wouldn’t expect any accommodation in Chefchaouen to have the same atmosphere as a popular hostel in a major European city. 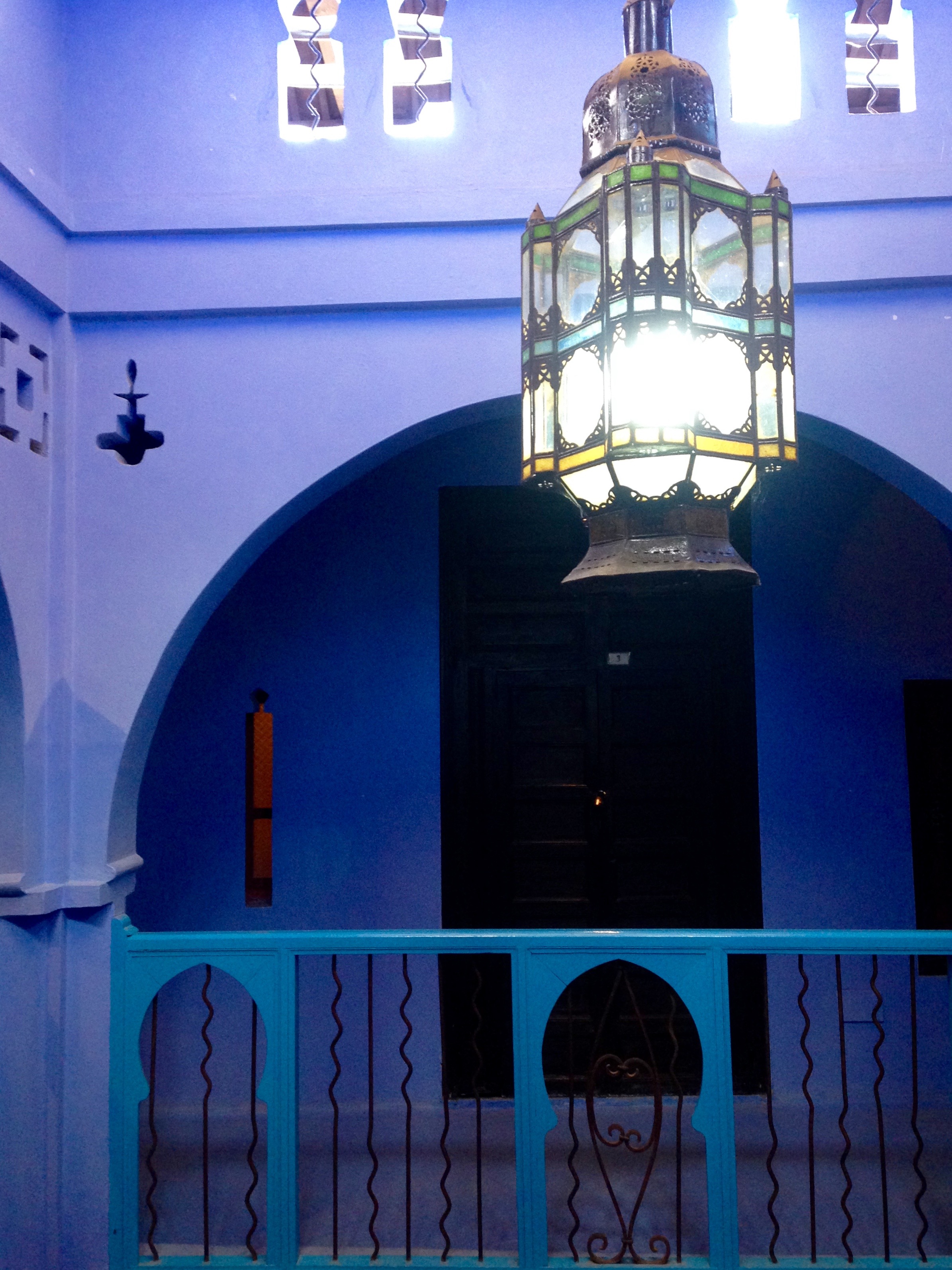 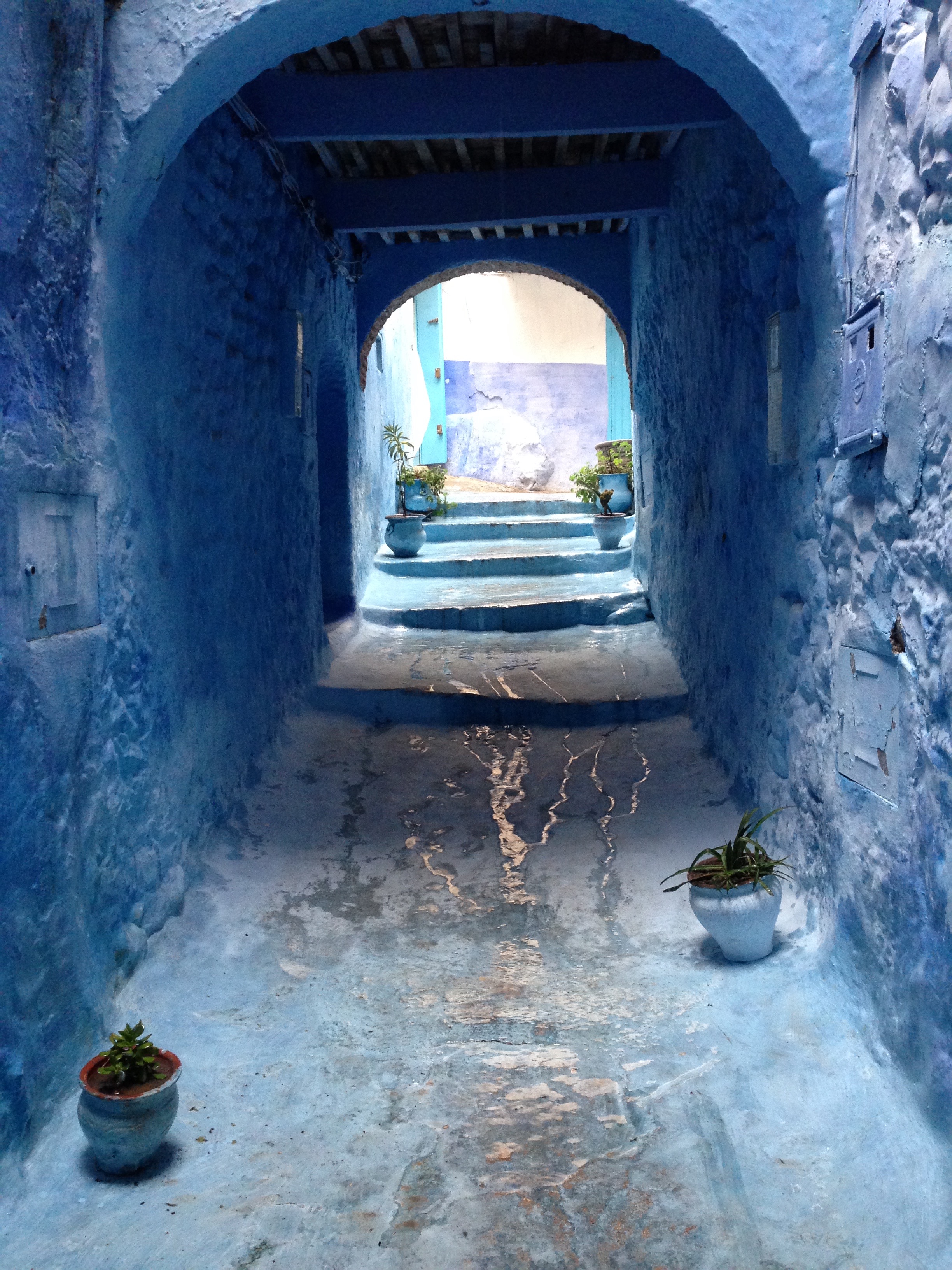 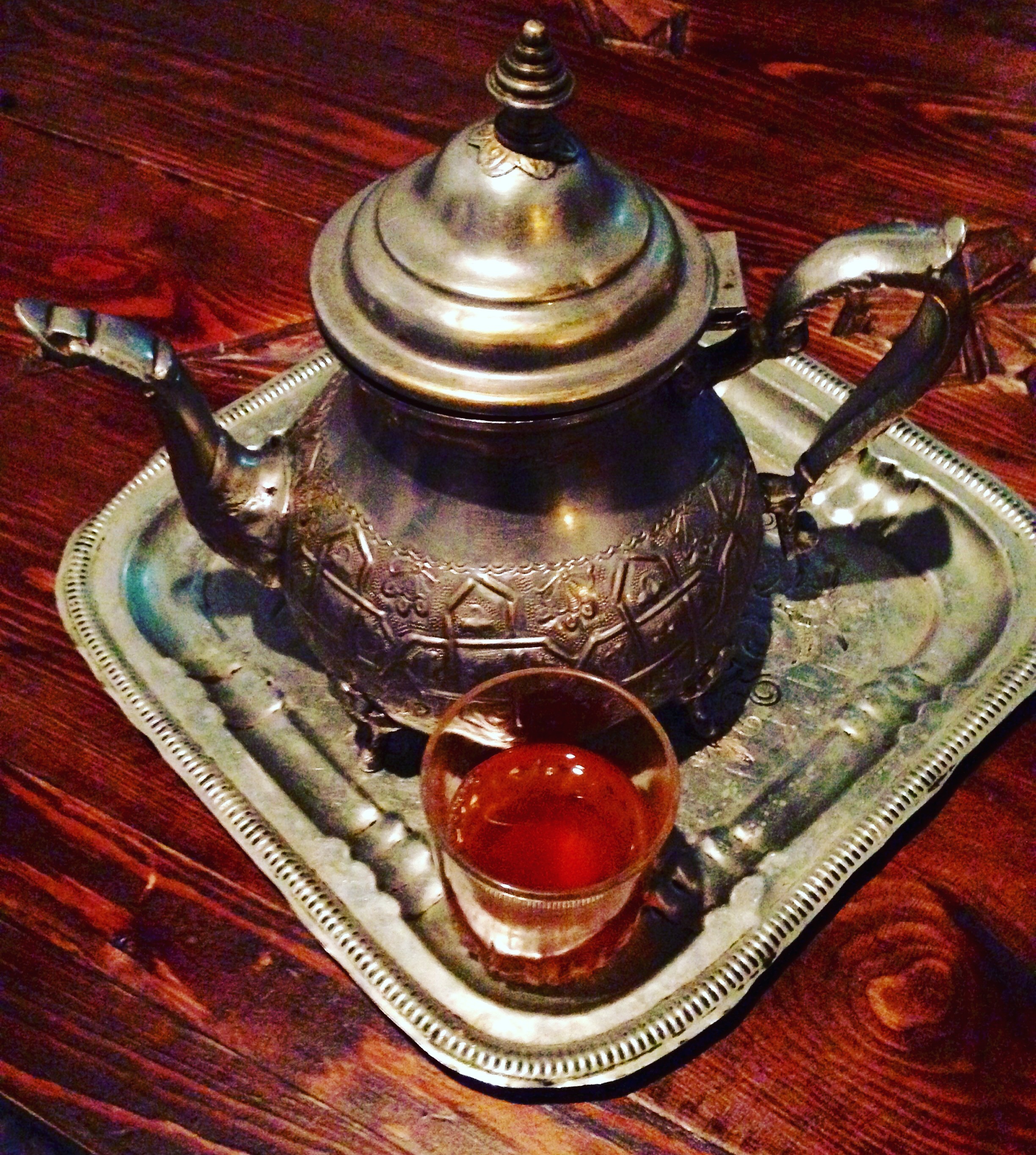 Located right off the main plaza in Chefchaouen, this restaurant was a massive establishment with a roof terrace and plenty of indoor comfortable seating. The food was also surprisingly cheap considering its location and atmosphere. I would highly recommend it to anyone traveling through Chefchaouen, and be sure to at least walk up to the roof terrace to see the incredible views.

Another good restaurant in the main square. I had soup, a main dish and several glasses of tea for under 10 euros. It had a nice terrace as well as indoor seating. 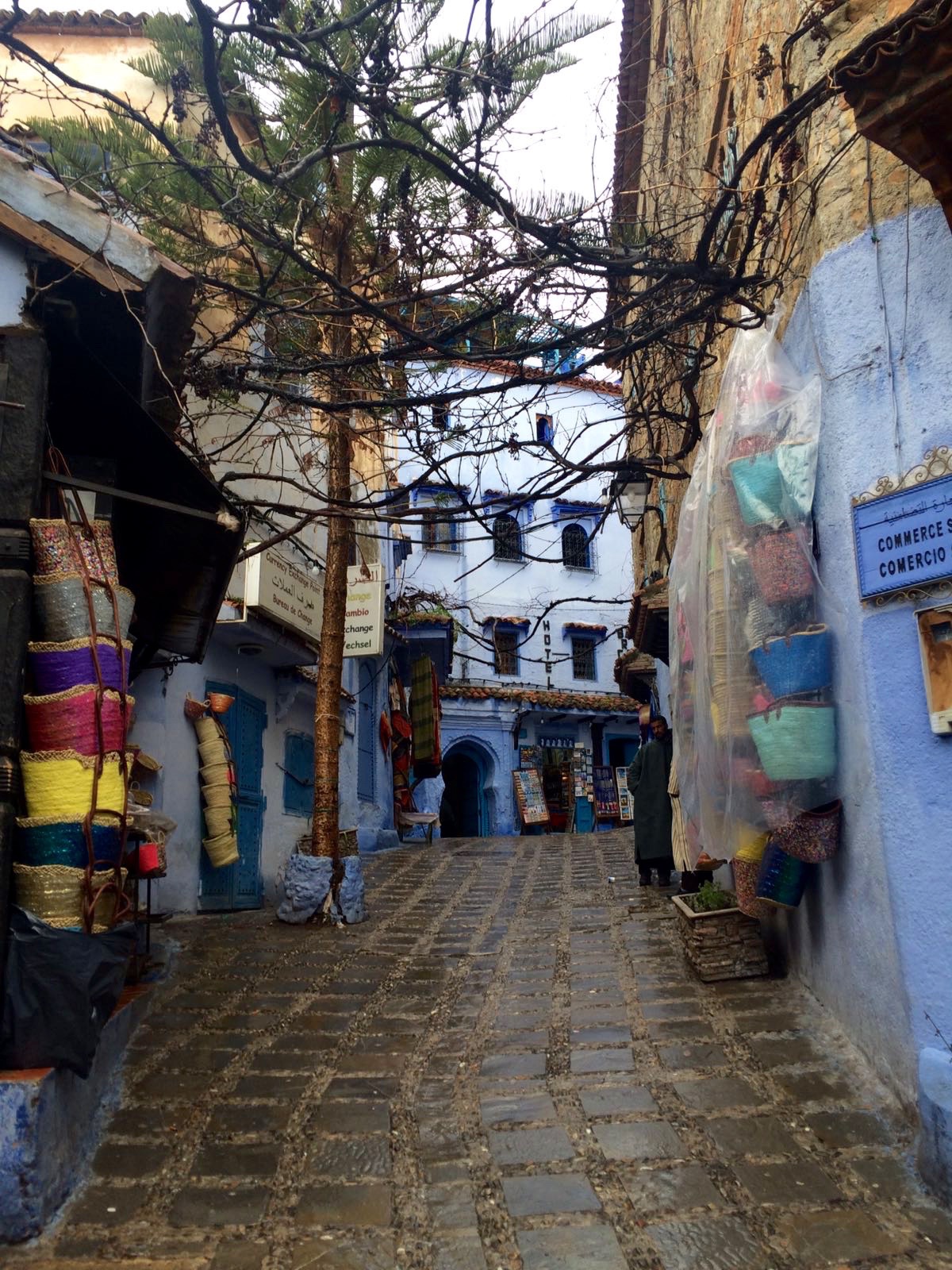 Chefchaouen has a large Spanish speaking population, in contrast with the rest of Morocco where everyone speaks mainly French and Arabic. The people are much more relaxed, and it has a chilled out atmosphere, which is why I would recommend it over Fez or Marrakesh to do shopping. While it is a very safe city in Morocco, one needs to be cautious of individuals targeting tourists to sell them hash. Chefchaouen is the main cannabis production region in Morocco, and many people come on holiday to get hash in the blue city. It is still very much illegal, and I heard stories from multiple individuals about people selling them hash and then turning around to sell them out to the police for a kickback. It’s not worth getting in trouble in a foreign country, especially in a city like Chefchaouen which needs no drugs to enhance the experience of being there. 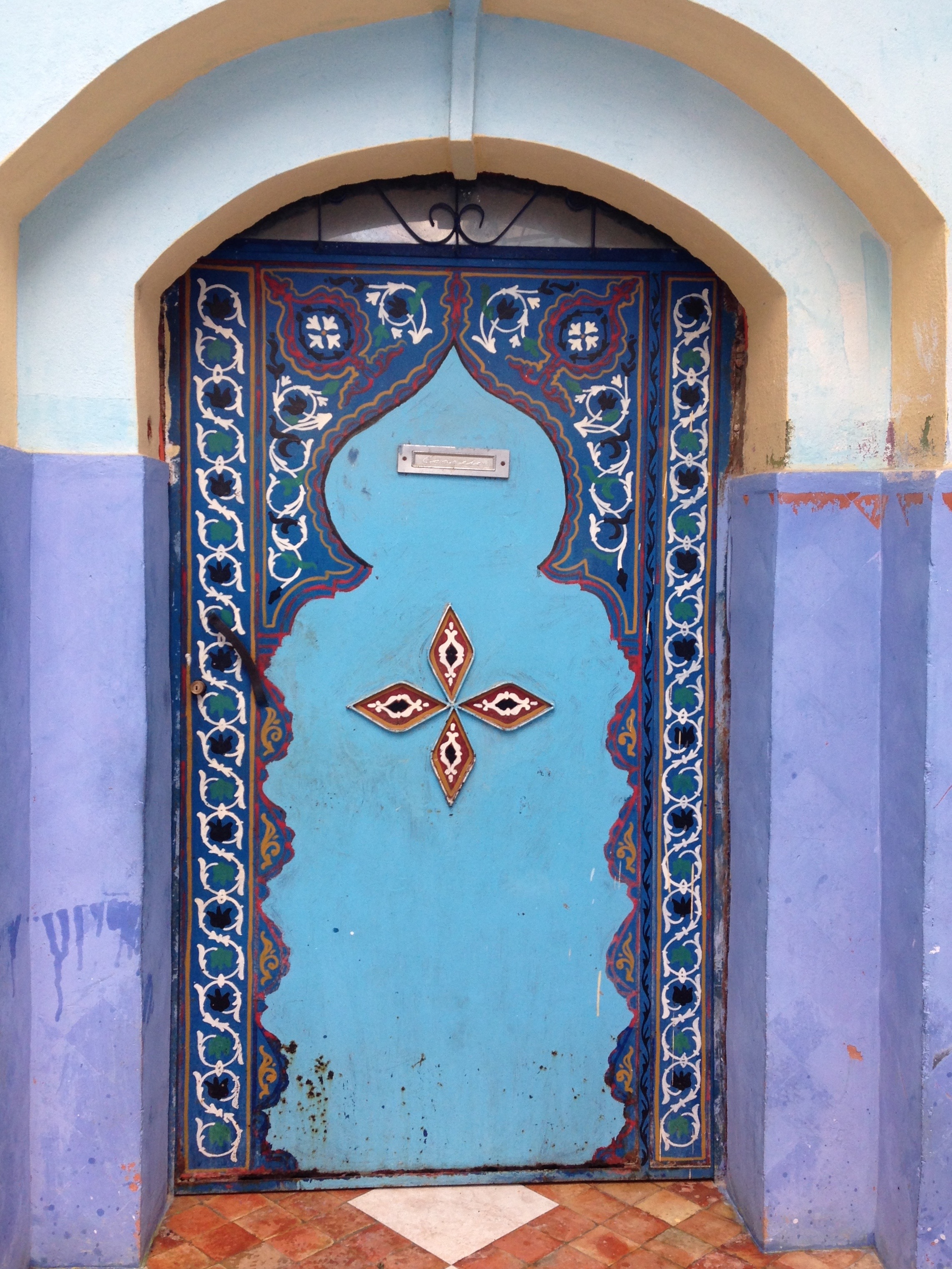 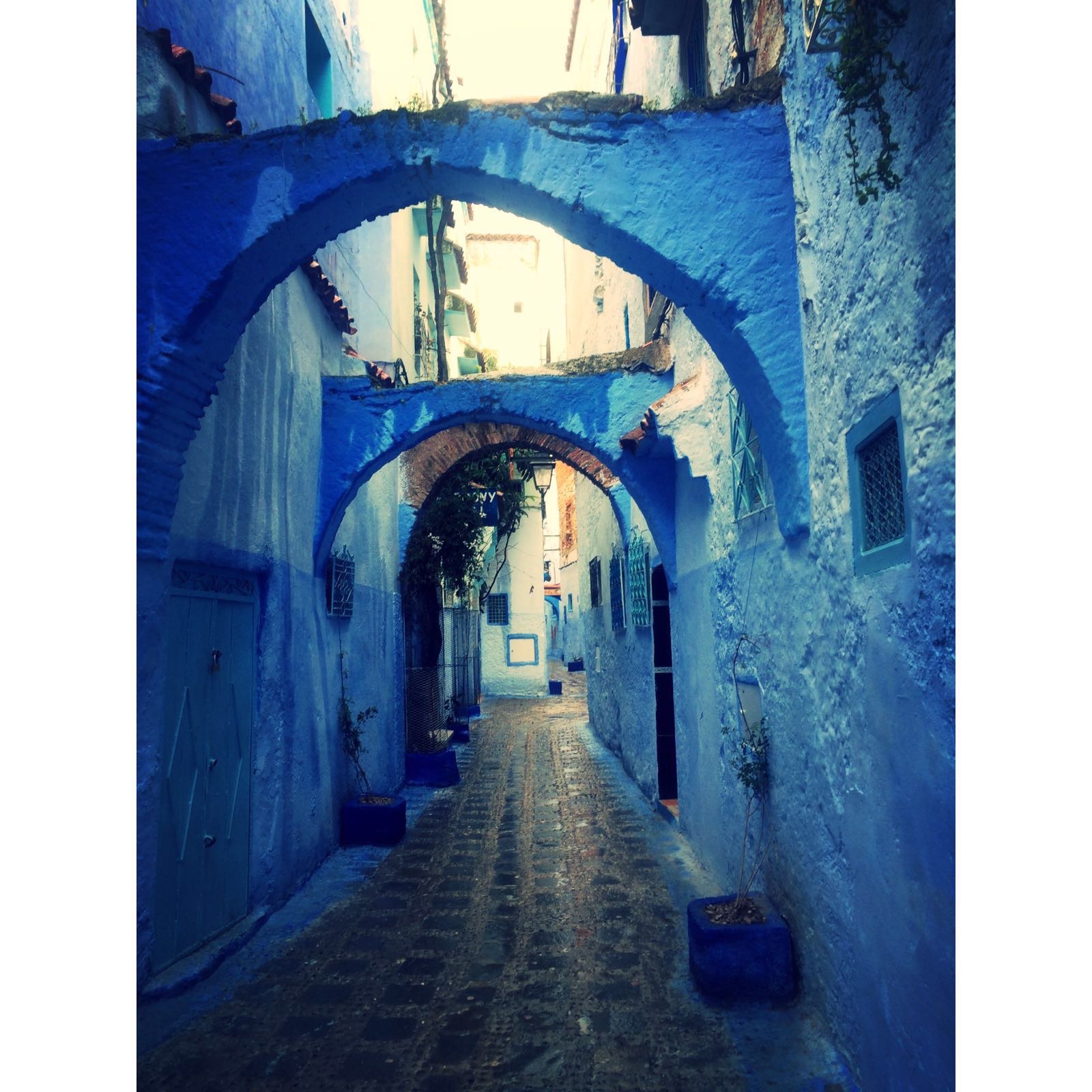 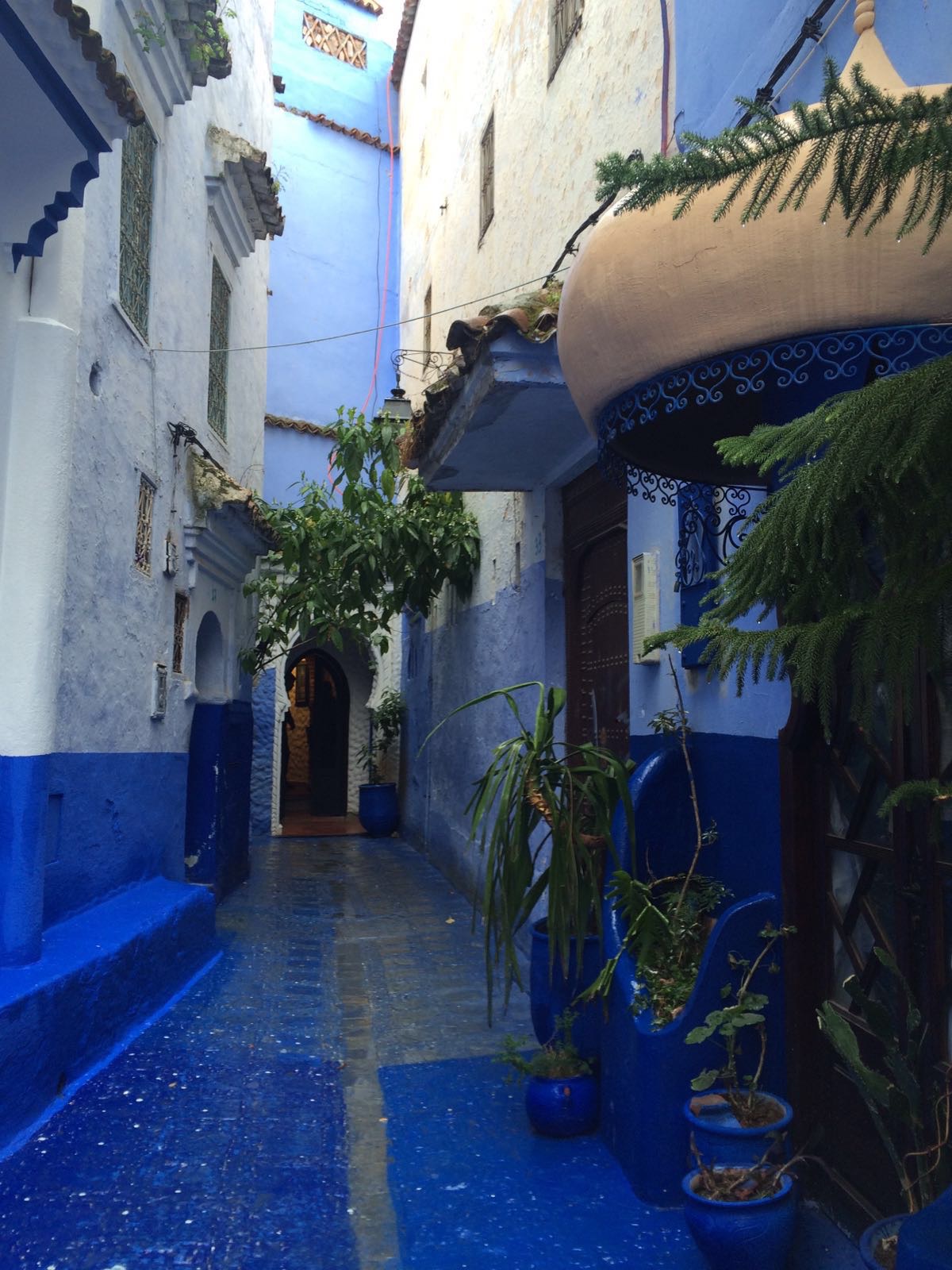 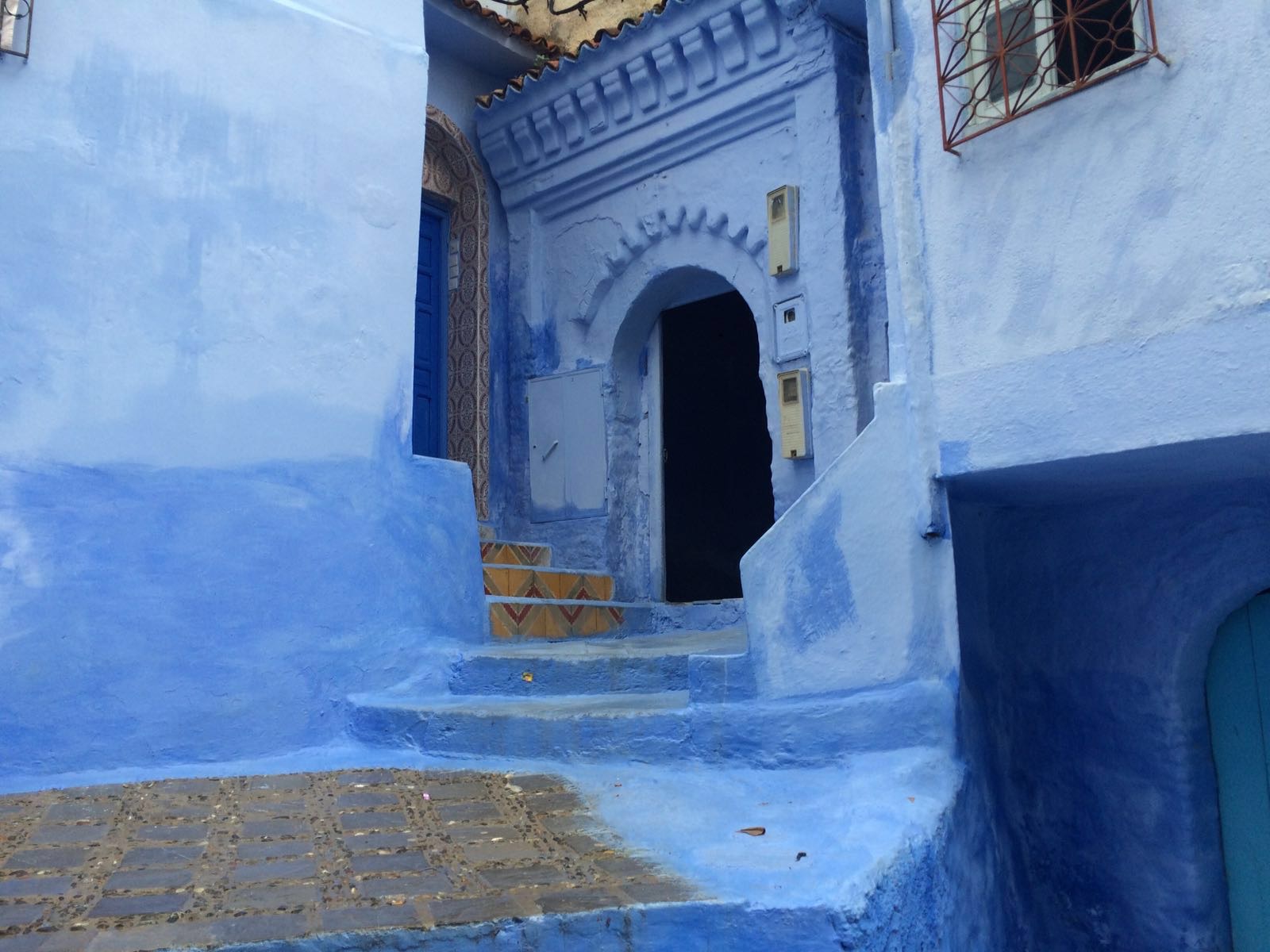 I would definitely return to Chefchaouen, especially once the summer hits. We were there during the rainy season unfortunately, which put a bit of a damper on our experience even though it was still lovely. We didn’t get a chance to walk to the local waterfall, Ras el Maa, which is supposed to be a popular spot for locals. I can’t wait to go back to this beautiful city, it was really a magical experience.

Onward from Chefchaouen, we took the bus to Fez from the same bus station that we were dropped off at coming from Tangier. We booked our tickets a day in advance, after hearing that the Chefchaouen-Fez bus gets filled up quickly, as there are not very many every day. We opted for an earlier trip so we could see the countryside in the daytime, which I would highly recommend.

Thanks for reading! xoxo 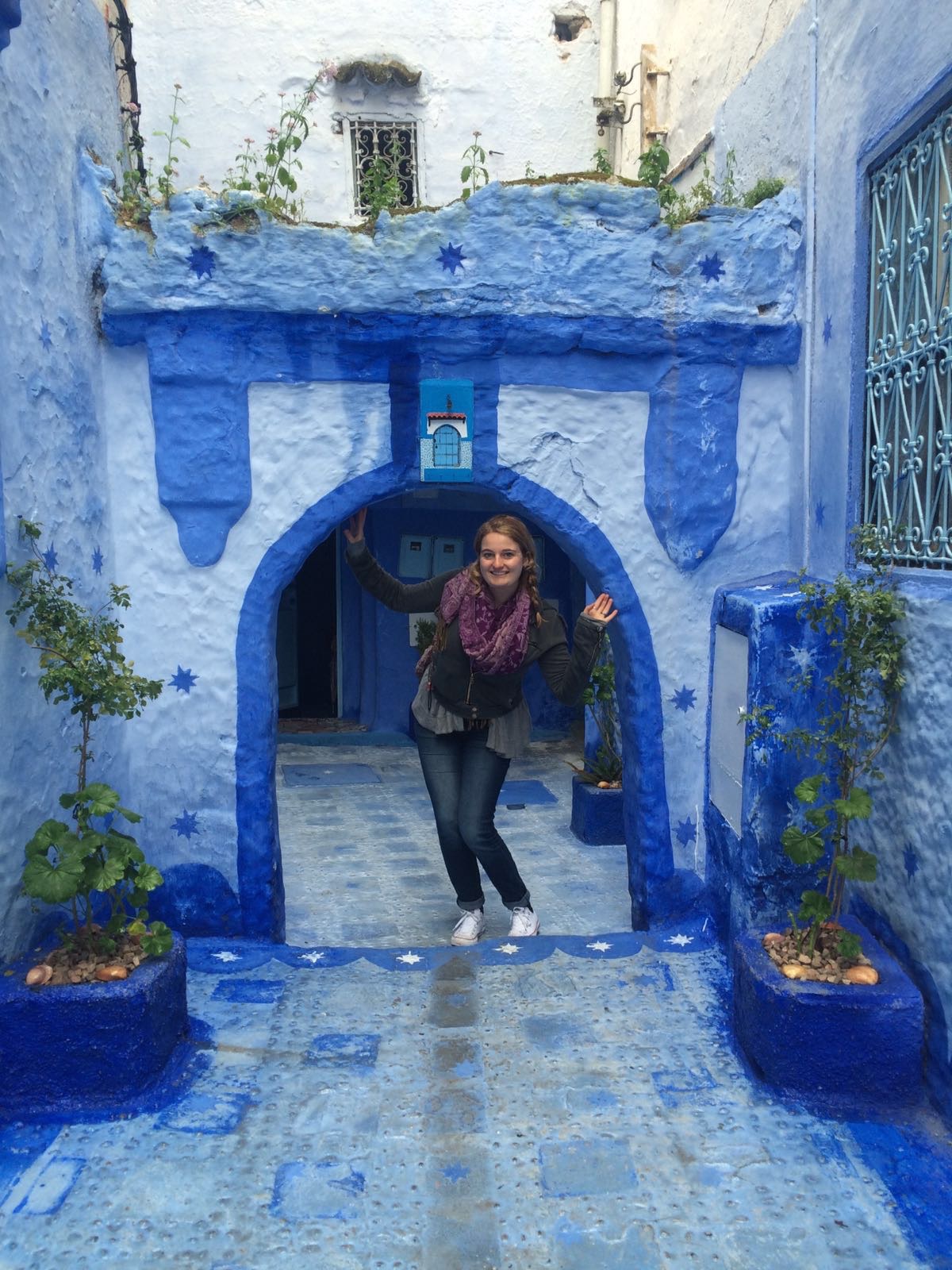