If you take the time to examine a map of Europe, you begin to realize how small the continent is, and how close together various cities are. The dot on the map labeled “Vienna” is a tiny pinch away from the dot labeled “Bratislava,” two capital cities of two different countries, just a stone’s throw away from each other.  Due to their proximity and capability of breaking up a long bus ride, we took a coach from Vienna to Bratislava to spend one night there before moving on to Budapest for 5 nights.

This was a simple hostel that had everything we needed and was in a great location. The rooms were spacious and each person in the dorm had their own tall locker for storing all their belongings. They even did our laundry for cheap and a (simple) breakfast was included.

Sights & Things To Do

This was one of my favorite free walking tours I’ve ever done. Our guide, Anna, was very informative and sweet. She took the time to answer any questions and infused the tour with her own personal stories and experiences from growing up in Bratislava. It’s a great tour that takes you through all the highlights in less than 2 hours, so it doesn’t become too long or boring. She also had excellent recommendations on where to go to eat.

This is the main castle of Bratislava, sitting on a hill overlooking the Danube. It’s a bit of a walk to reach the castle grounds, but it offers an awesome view of the old, historical part of Bratislava and a view of the Lego-like buildings from the communist era. 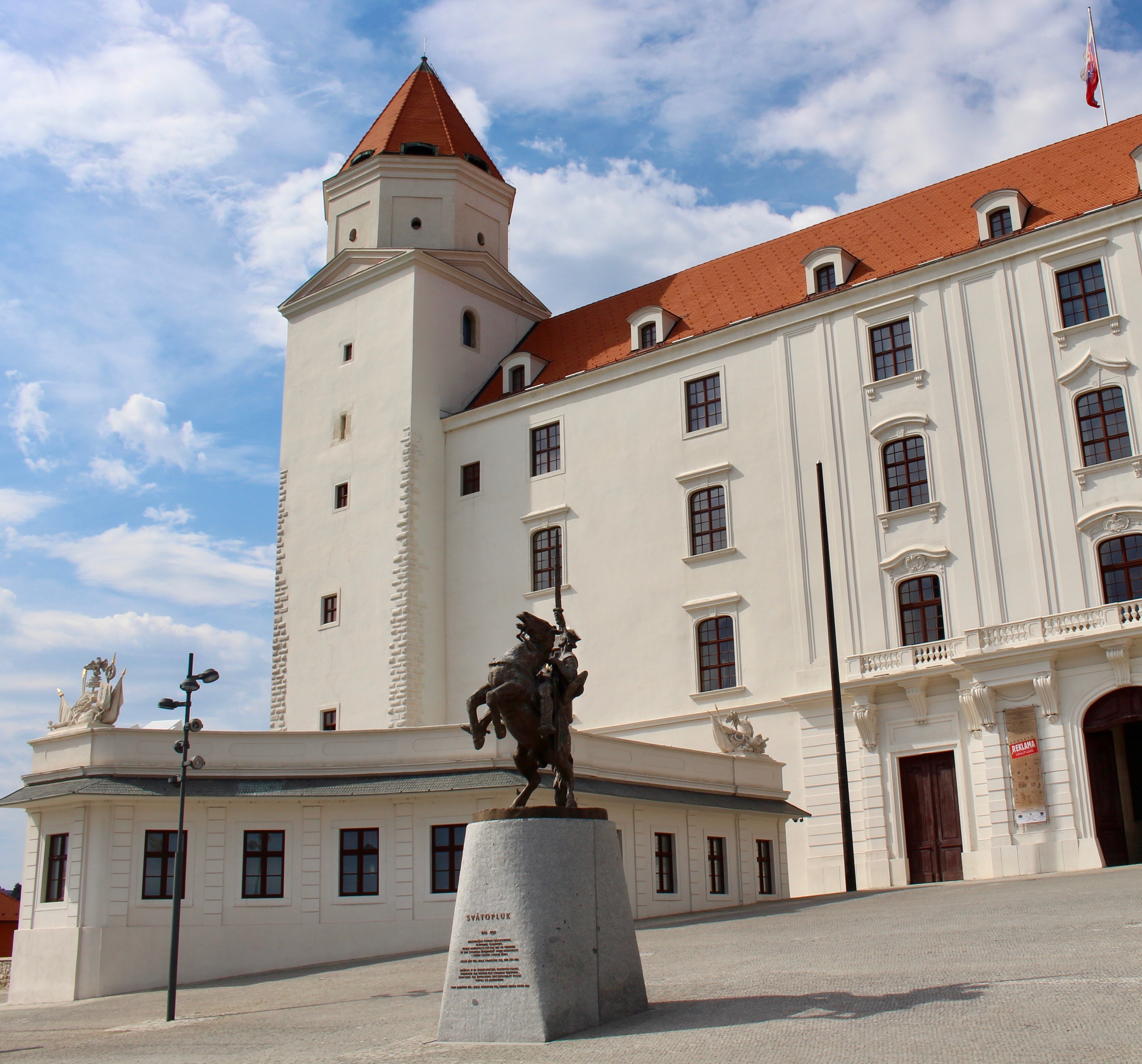 This is the old/historical theater located in the old town of Bratislava. Designed by Viennese architects, it was a beautiful building and the focal point for the start of our walking tour in Hviezdoslav square. 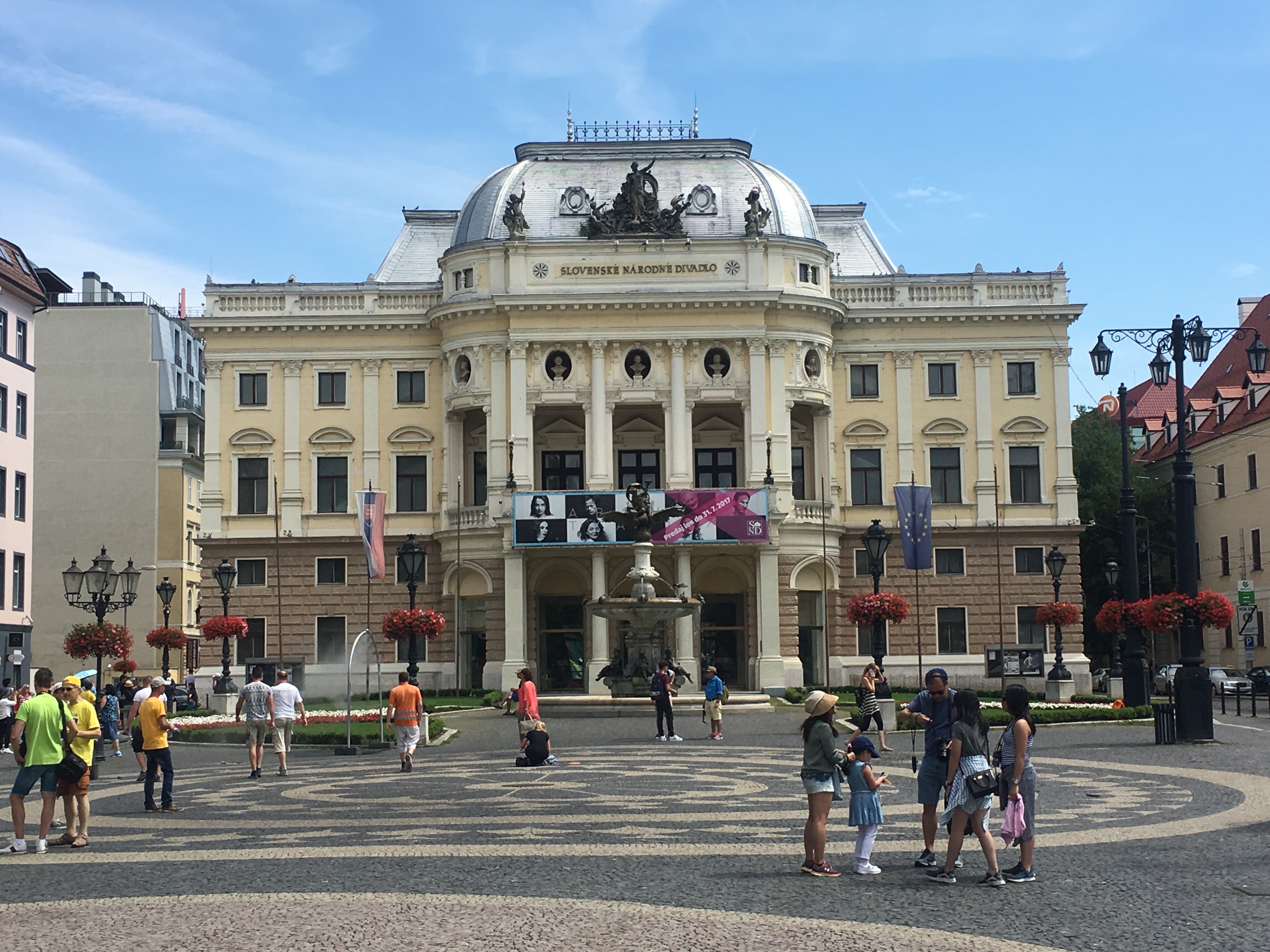 This building is the only city gate in Bratislava preserved from the medieval fortifications of the city. Originally constructed in the 1300s, it used to have a drawbridge and moat. Now, it is an iconic building of the city of Bratislava and sits atop a few different museums, and near some great bars. 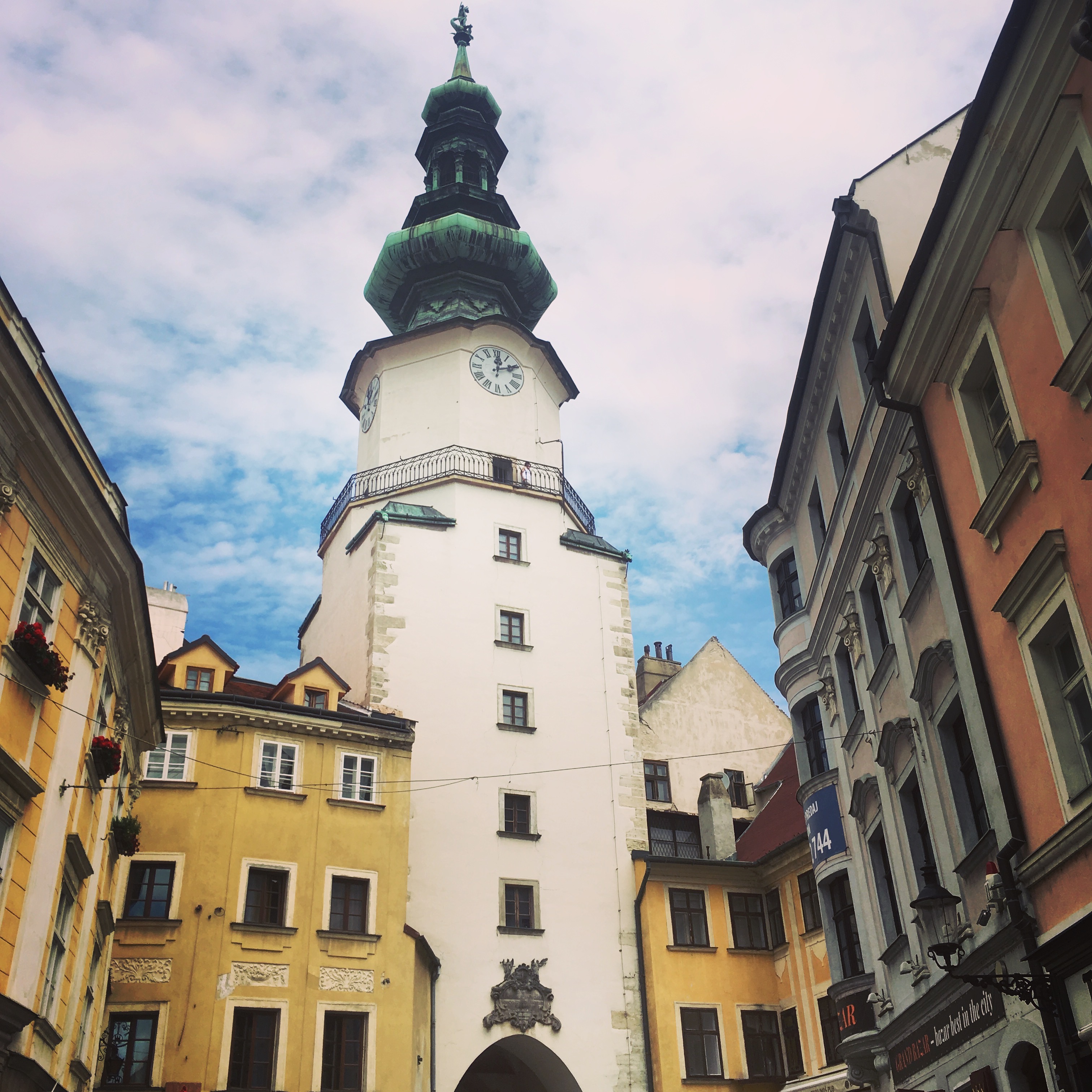 The green spire with gold detailing of this church is strikingly beautiful, as it sticks out into the skyline of the own town.  It’s the seat of the Roman Catholic Archdiocese of Bratislava and used to serve as the point of coronation for the Kingdom of Hungary. 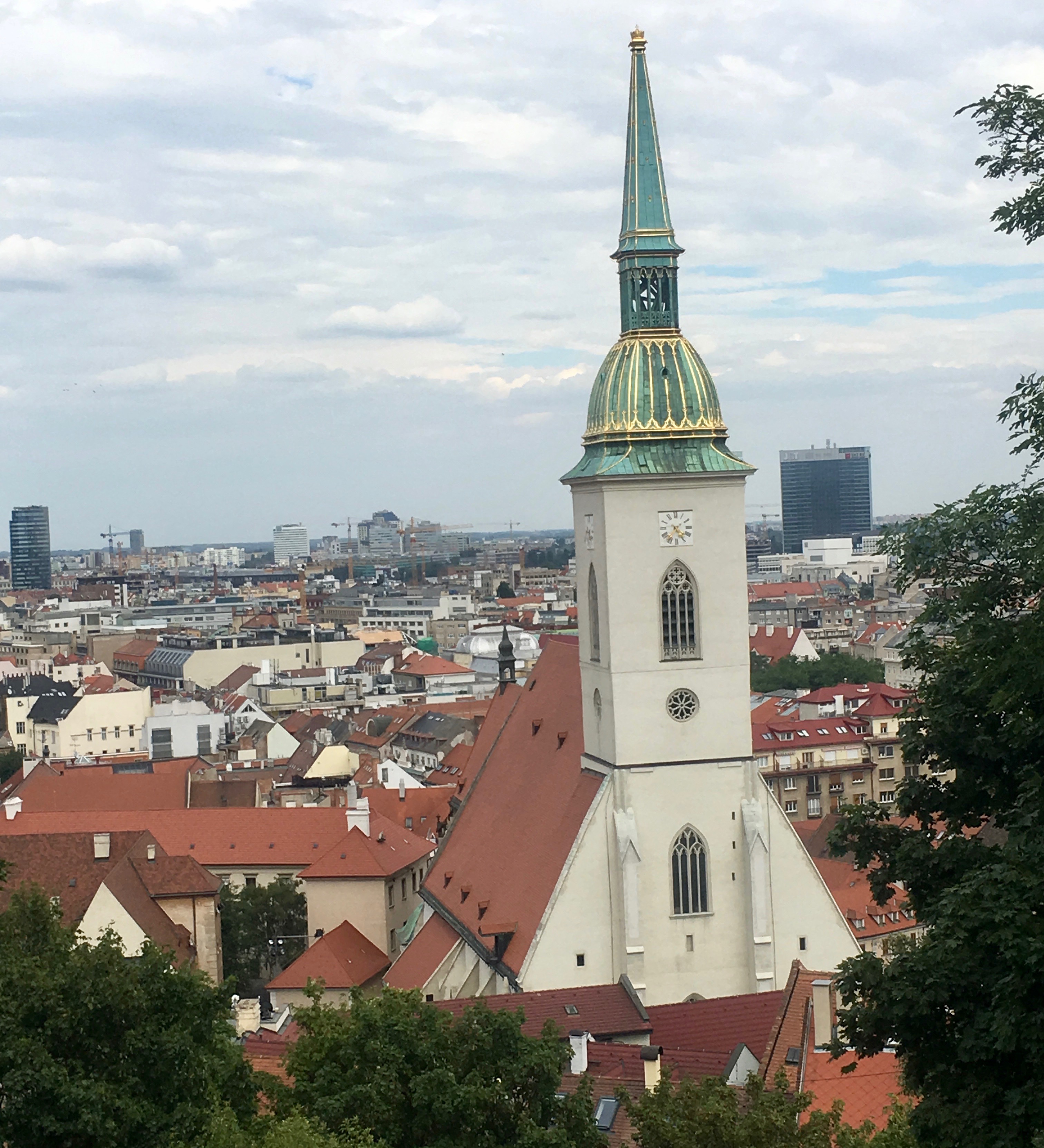 The old town of Bratislava is a beautiful medieval microcosm bursting with history. Throughout the centuries, the city has changed drastically, but bits and pieces remain the same, carrying with them the stories of all the changes Slovakia has gone through. The old town is small; one could walk around it in half a day, but it is charming, full of restaurants and winding streets that are worth exploring. 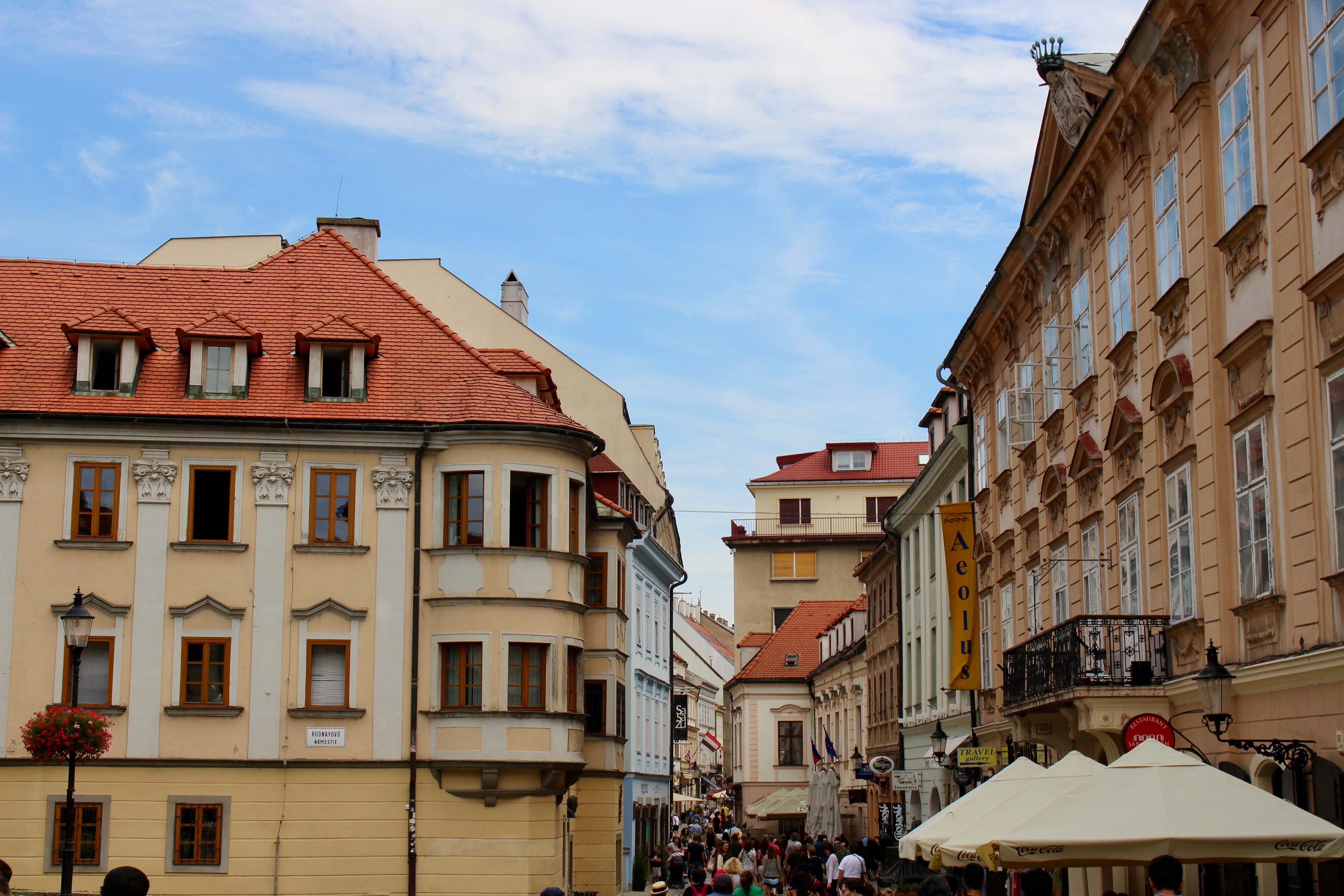 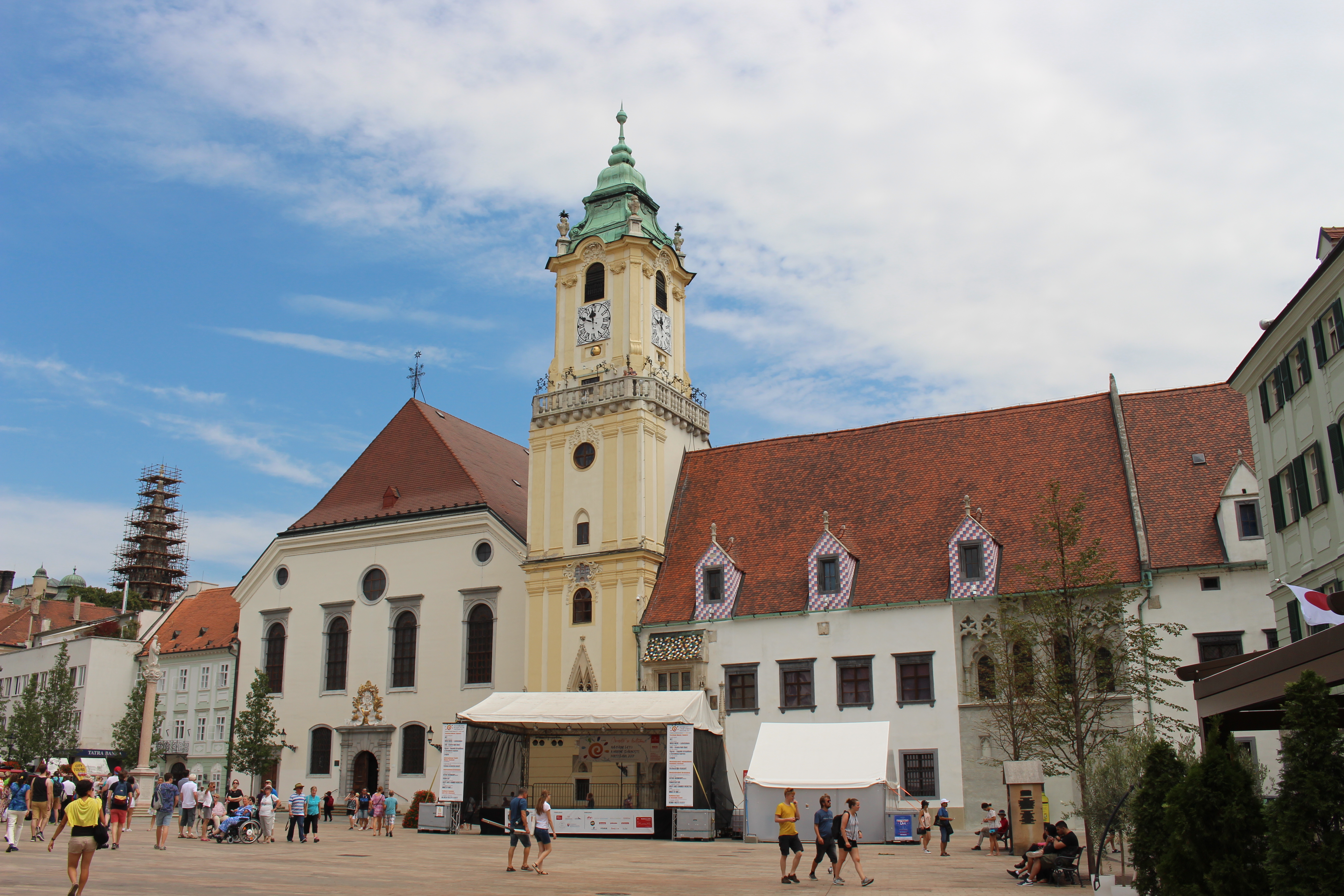 This was one of the coolest churches I’ve ever seen! It was entirely bathed in blue, and the interior followed the same color scheme. We weren’t able to go inside but managed to get a peek through the glass windows. It is a beautiful art nouveau style building located not far outside of the old town, in a neighborhood with other buildings of the same architectural style. 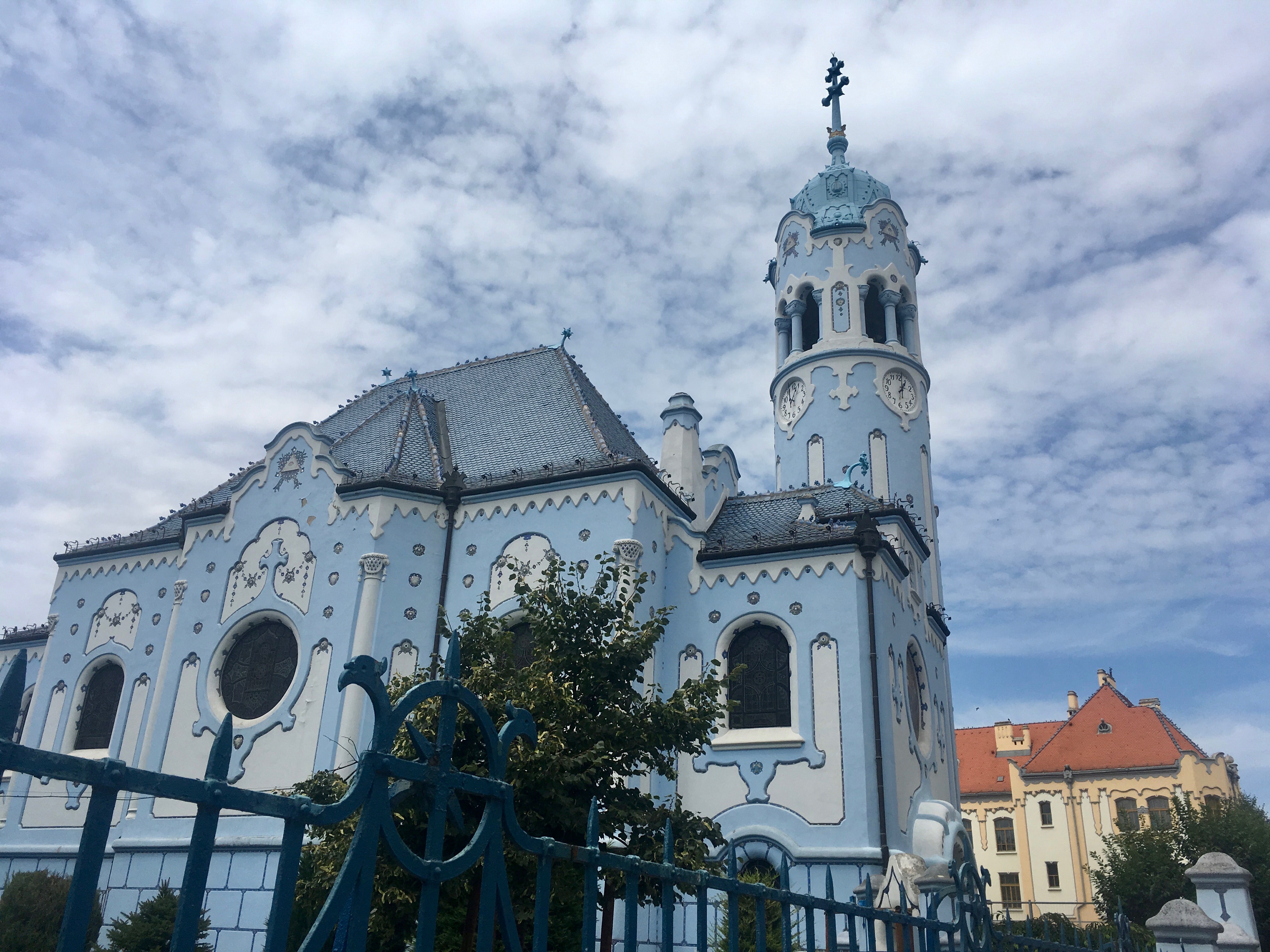 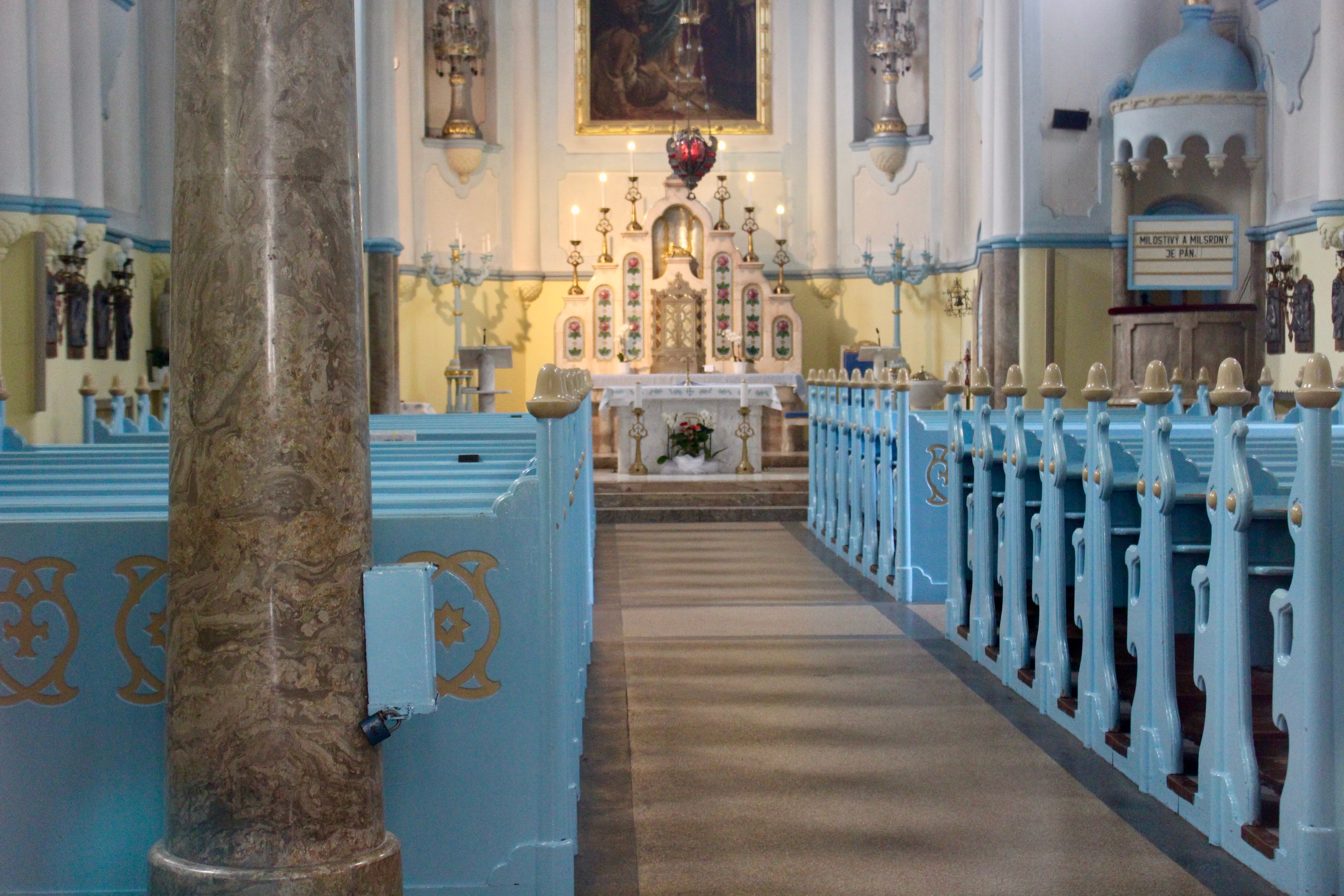 Also known as Cumil the Sewer Worker, this statue was another stop on our tour. It’s supposed to be good luck if you touch his head, so we gave it a try! He is supposed to symbolize the typical worker, taking a break from the daily grind and watching the world pass by. 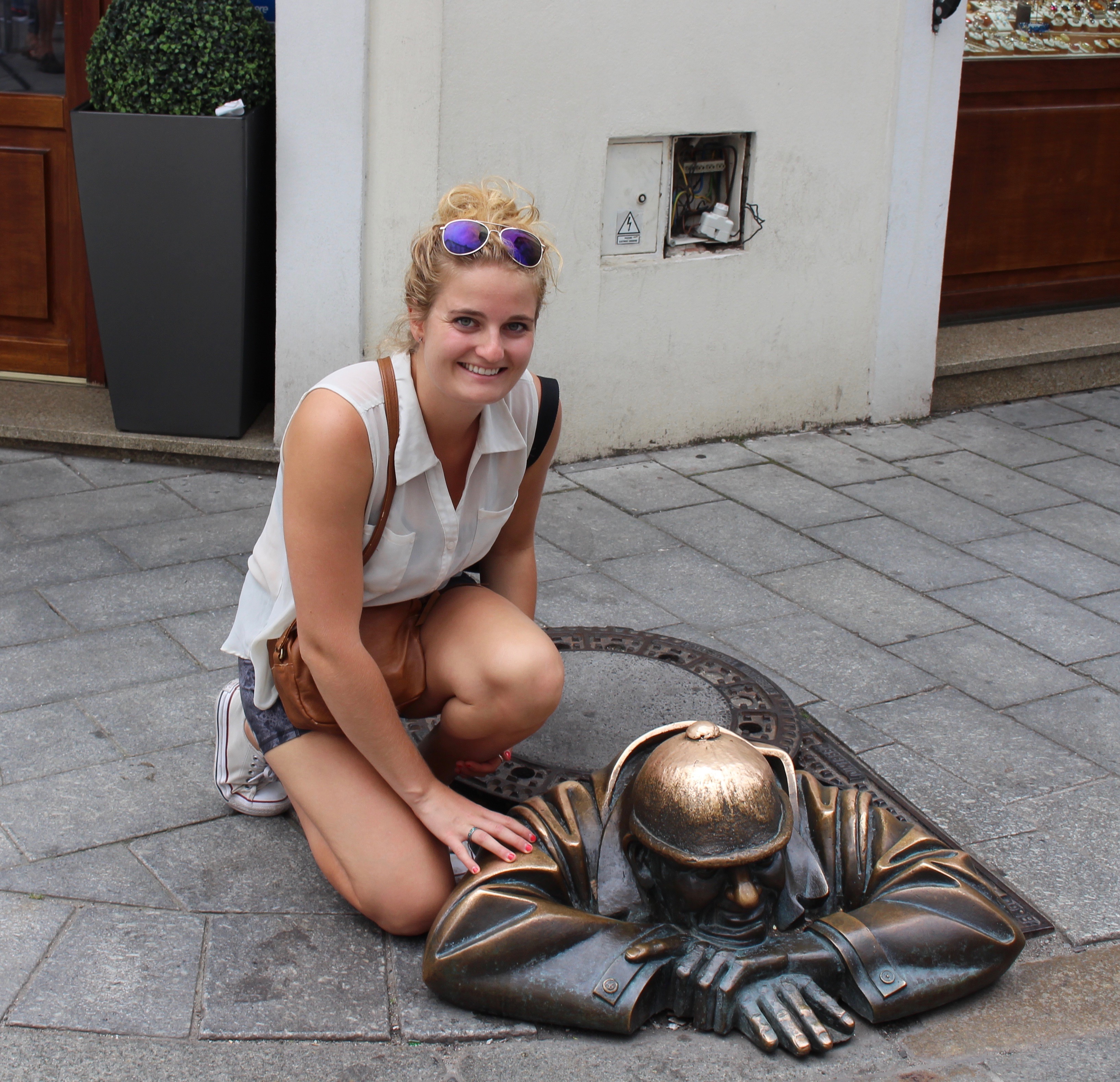 This restaurant was recommended by our guide from the walking tour. It had incredible food and was very cheap, we ate like kings for $10. It was very rich food – I felt full after just a few bites but managed to push through. It is also a massive restaurant with lots of seating both inside and out. 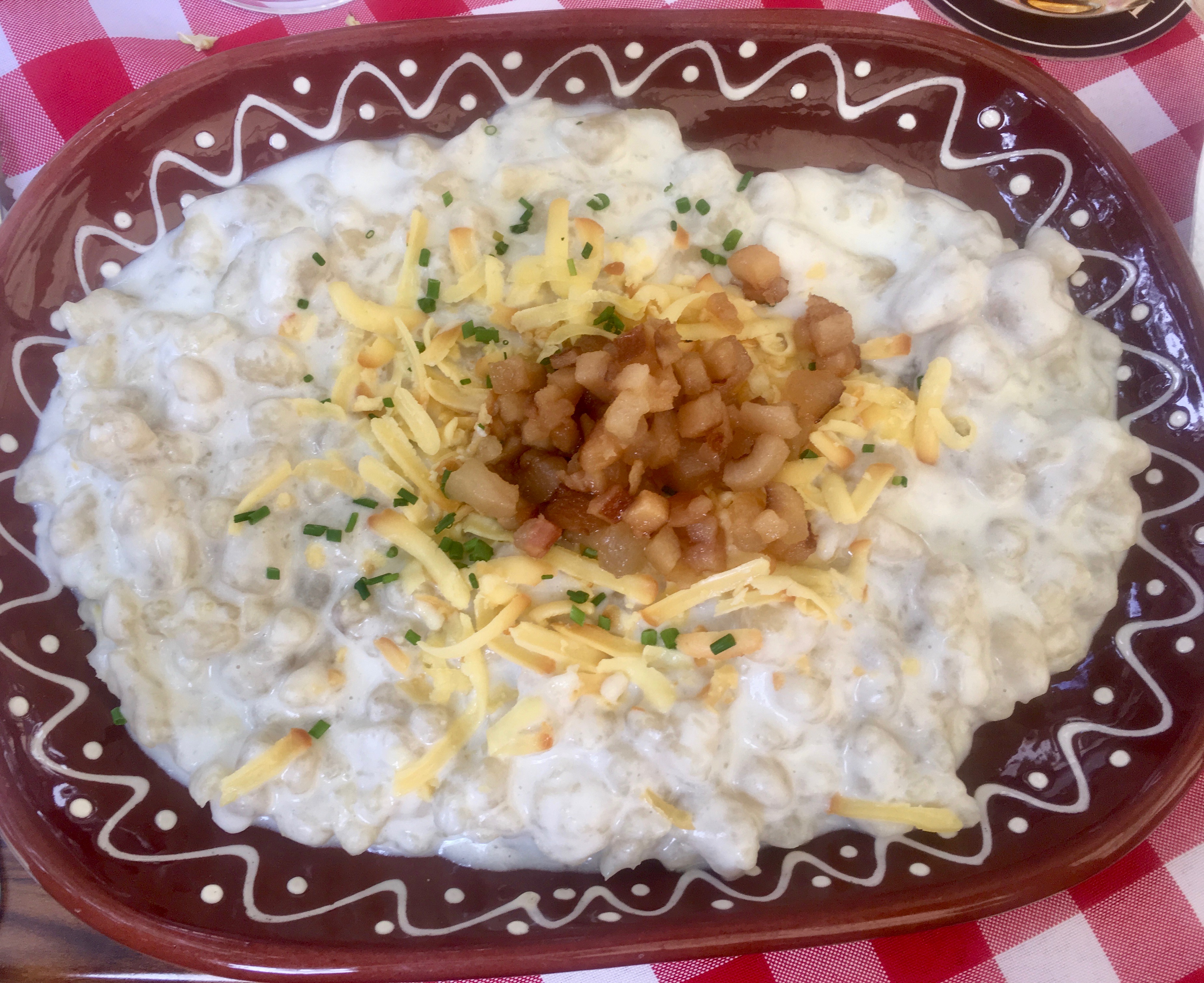 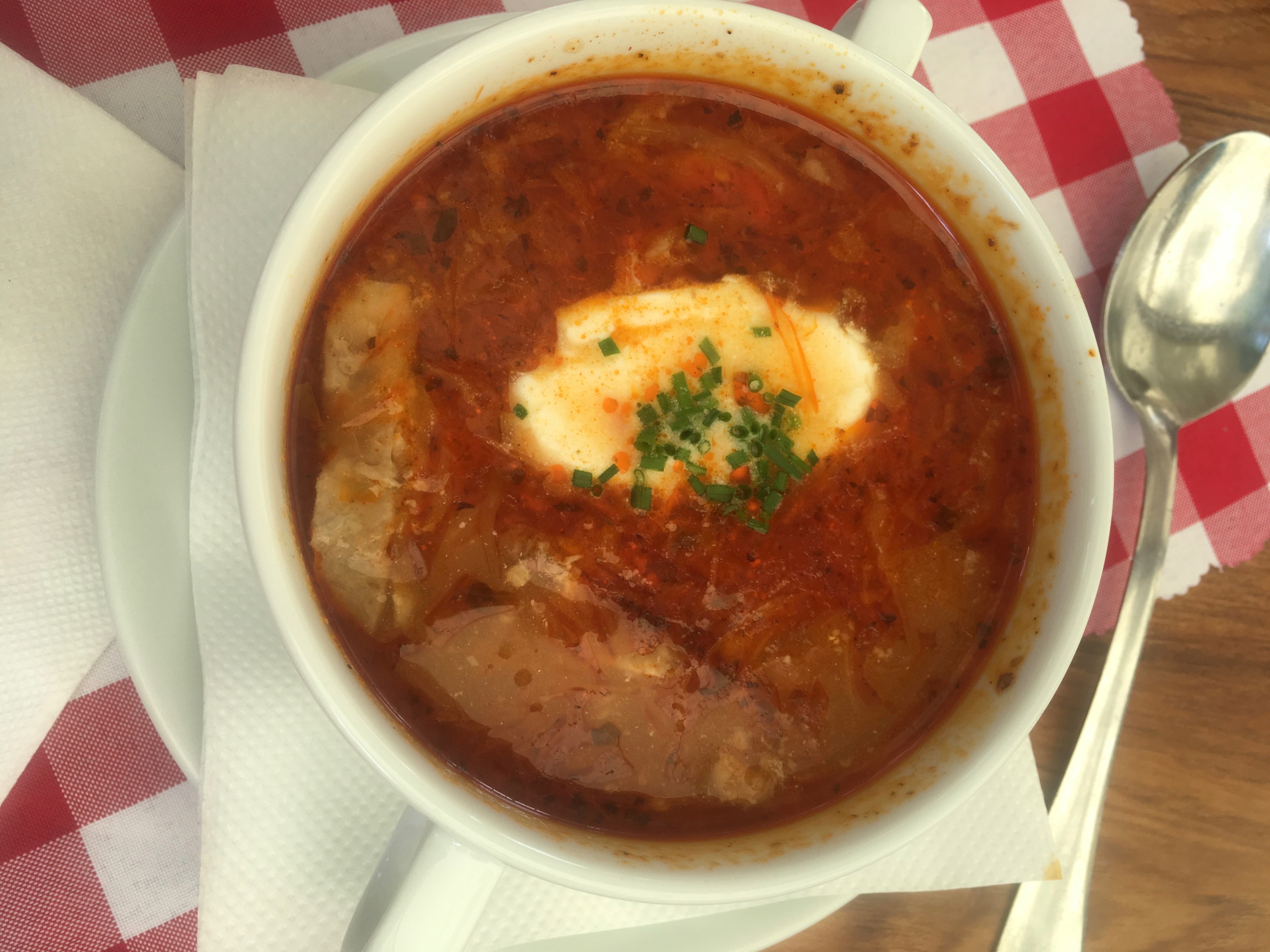 This was an awesome spot that we visited for late-night karaoke and drinks. The city seems a bit sleepy on the weeknights, but this place was hopping into the early hours of the morning.  They played karaoke songs on request and the whole atmosphere was a mix of travelers from all over Europe and the world. It was a really fun atmosphere and drinks were cheap.

This was an awesome restaurant that served massive portions of food and big drinks for pennies on the dollar. I had a giant chop of chicken with fries and we also tried their Cordon Bleu. Everything was really good and it had a good restaurant atmosphere. 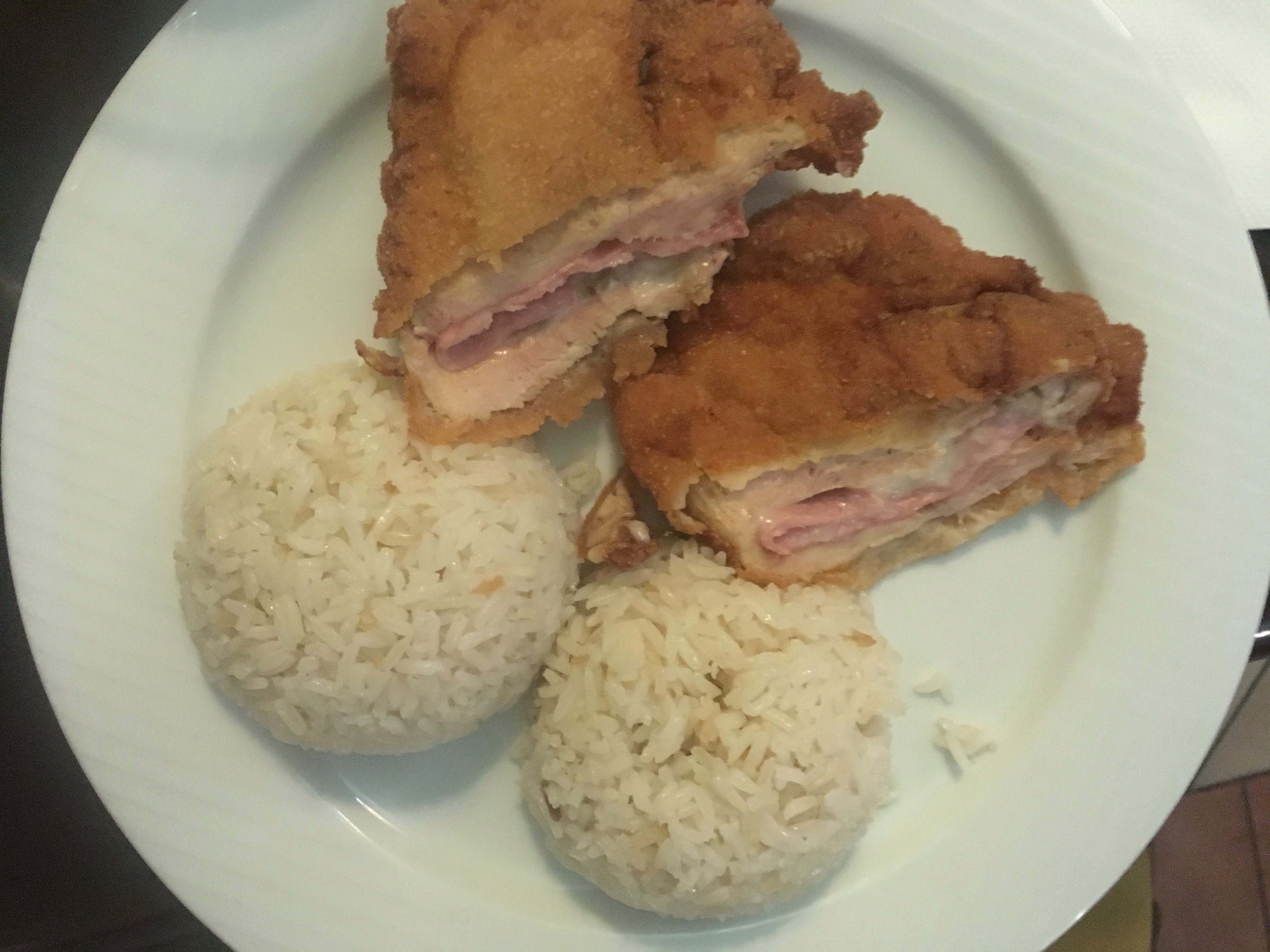 I really loved Bratislava, and even though I felt like we had seen everything we needed to in such a short time, I would’ve loved a couple days just to chill out and relax in the city. It is very romantic, with winding streets and an endless selection of restaurants, all very cheap when compared with Western European cities. The people were also very friendly and excited that tourists wanted to spend time wandering their city. I’d highly recommend planning in a stop in Bratislava, especially if it falls on your route to Budapest.