So this post is beyond overdue, but I thought it was still worth writing about my trip to NYC last December for a quick weekend to see Christmas windows and explore a bit with my mom. I feel really lucky, I’ve been to New York many times in my short life, and I’ve had incredible experiences with different friends who’ve moved there. My mom and aunt took me there for the first time with my brother for our Spring Break, I think when I was in 8th grade. I’m pretty sure we saw every inch of that city during that trip. What’s great about New York is that after you get all the tourist sights out of the way, you can go back to the city time and time again, exploring a new borough, trying new restaurants, and getting more of a feel for New York City life.

Every trip I’ve been on since I’ve always enjoyed, and this last stop was no exception. While I got the chance to revisit some old favorites, we tried some new things during our jaunt around the city during the start of the holiday season.

This tour was fantastic. We were lucky, no one else booked during our same day and time, so we had a private tour with Eric Ferrara, an accomplished author, and historian who grew up in the Lower East Side. He was so interesting, down to earth, and took us on a great tour for about two hours. It’s definitely worth doing a paid tour for this experience, as you get more out of it with a local who is so passionate and deeply ingrained in the history of the Lower East Side and the stories of immigration to this part of America. 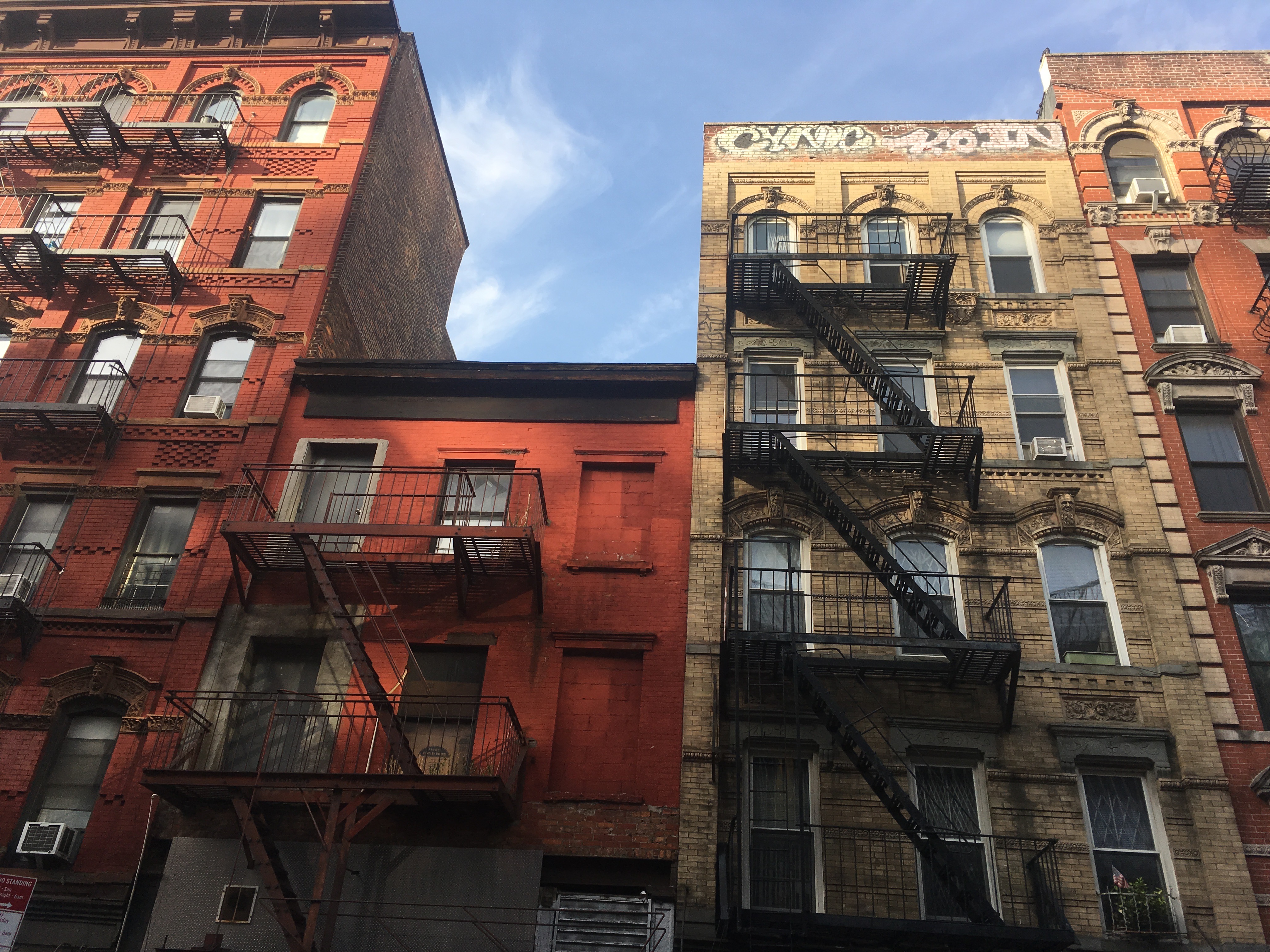 After the tour and learning so much about the Jewish influence in this iconic neighborhood, it only made sense to stop and try a Knish at this legendary bakery. If you don’t know, a knish is a snack of a dough with a filling that can be baked, grilled or deep fried. We tried a bunch of them and apparently ate them before I could take a picture. 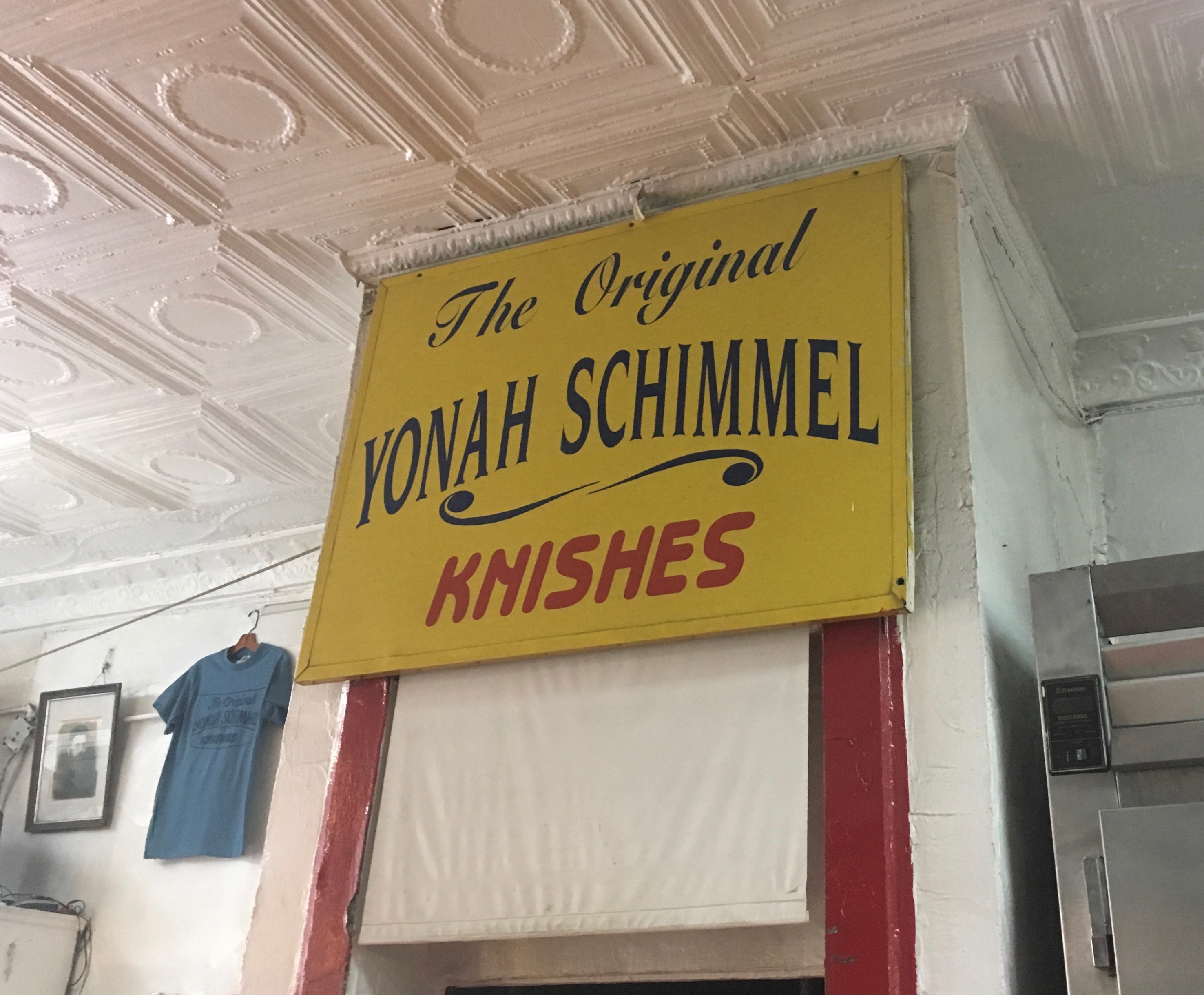 This is a quiet, mid-range restaurant nestled on the Upper East Side in Manhattan, with delicious French fare and is the perfect stop for lunch. I loved my Croque Madame and the cozy, bistro interior makes it a great stop on a chilly day. 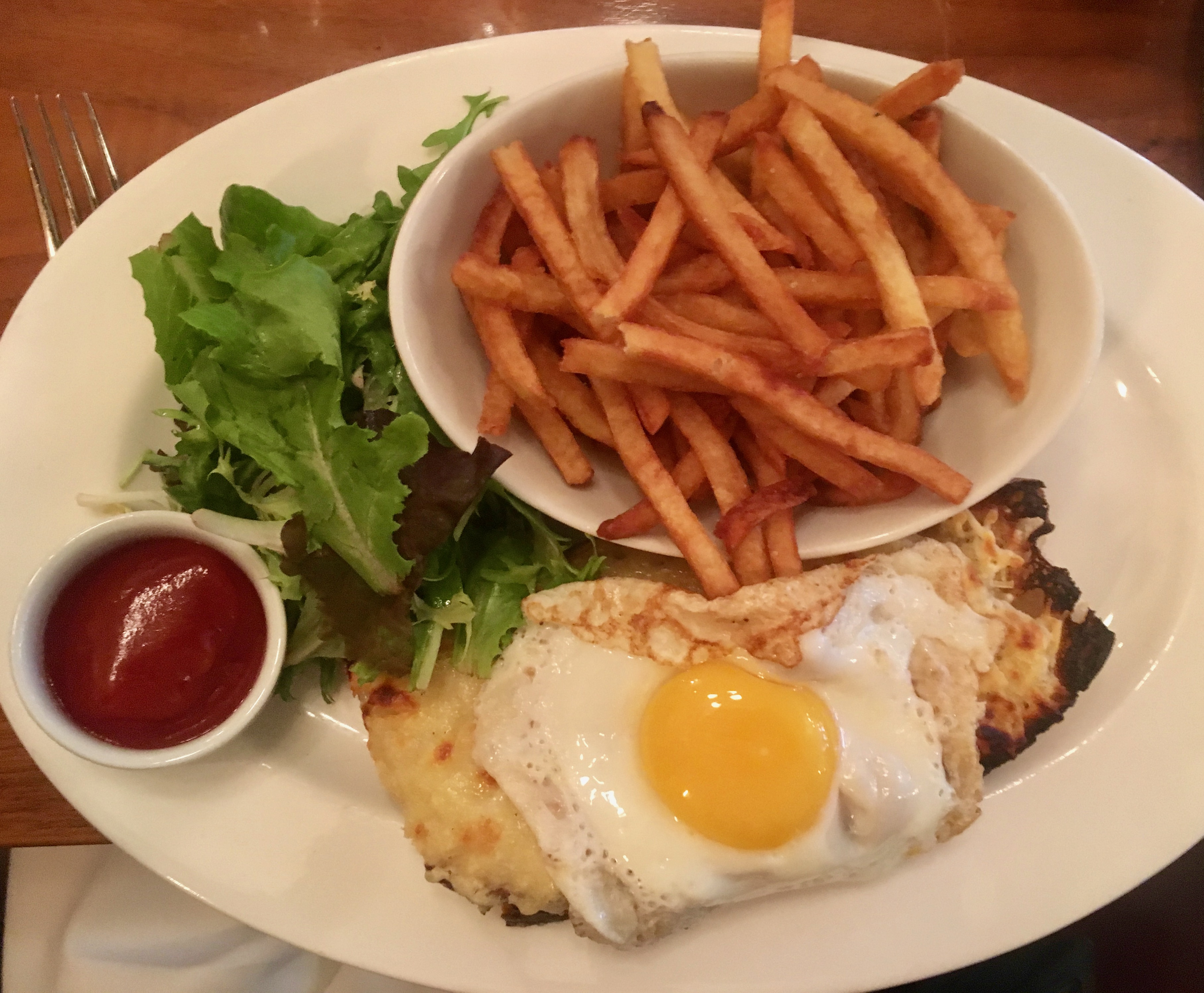 This place was a cute stop to get out of a chilly, rainy day. Alice’s Tea Cup is an Alice in Wonderland themed tea bar and patisserie, with a huge menu for cakes and tea. It was a nice way to warm up and spend some time inside, and a place I’d never been to before. A definite must if you’re a traveling Disney enthusiast, or you need a place to stop for a hot cup of tea – definitely nice during cold NYC days. 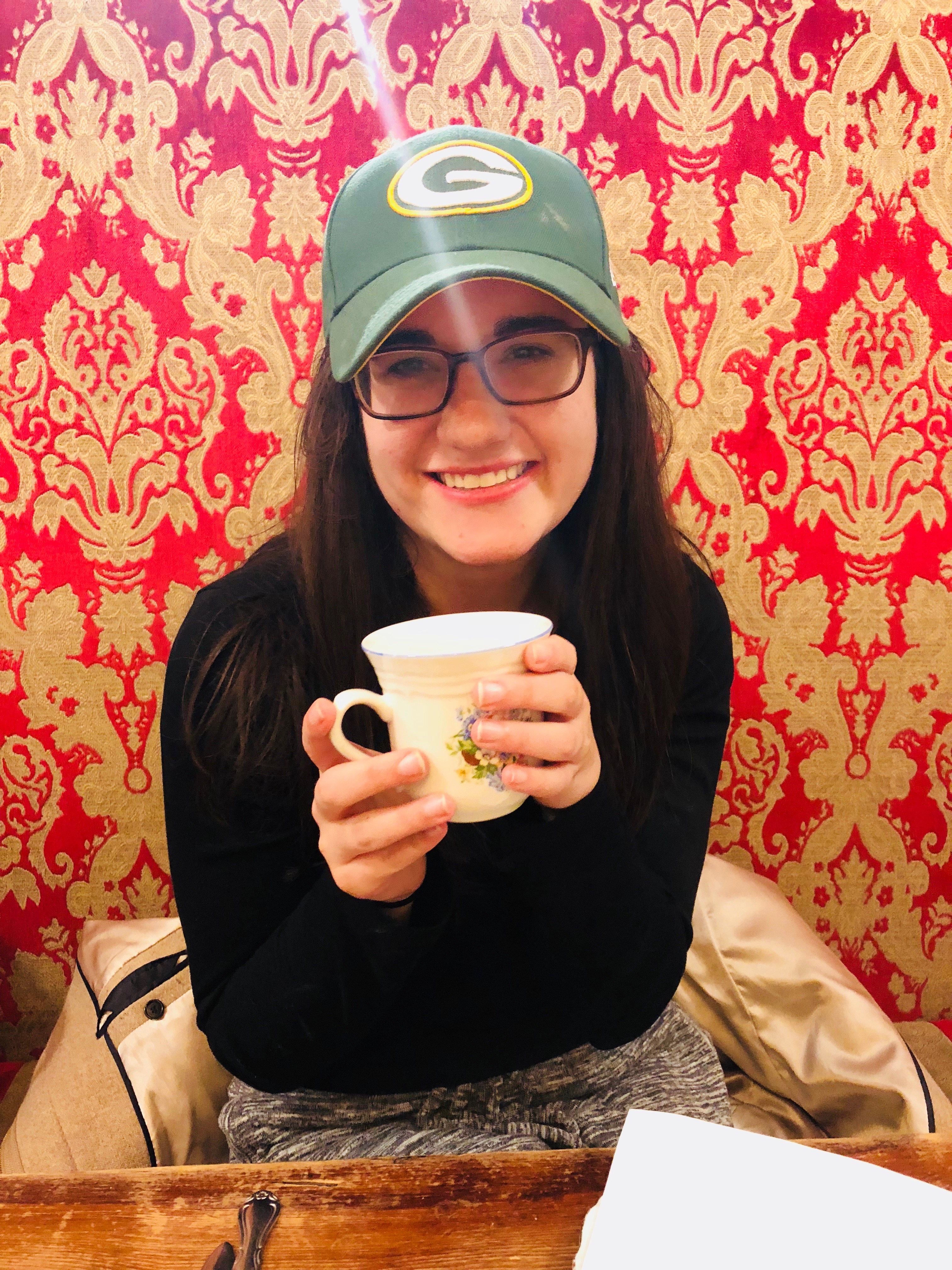 The Tree in Rockefeller Center

Every year, this magnificent symbol of Christmas in New York City illuminates the plaza in front of Rockefeller center, standing tall and glittering with thousands of multi-colored lights. It’s a breathtaking sight to see, towering over the skating rink that is jam-packed with tourists teetering on ice skates. 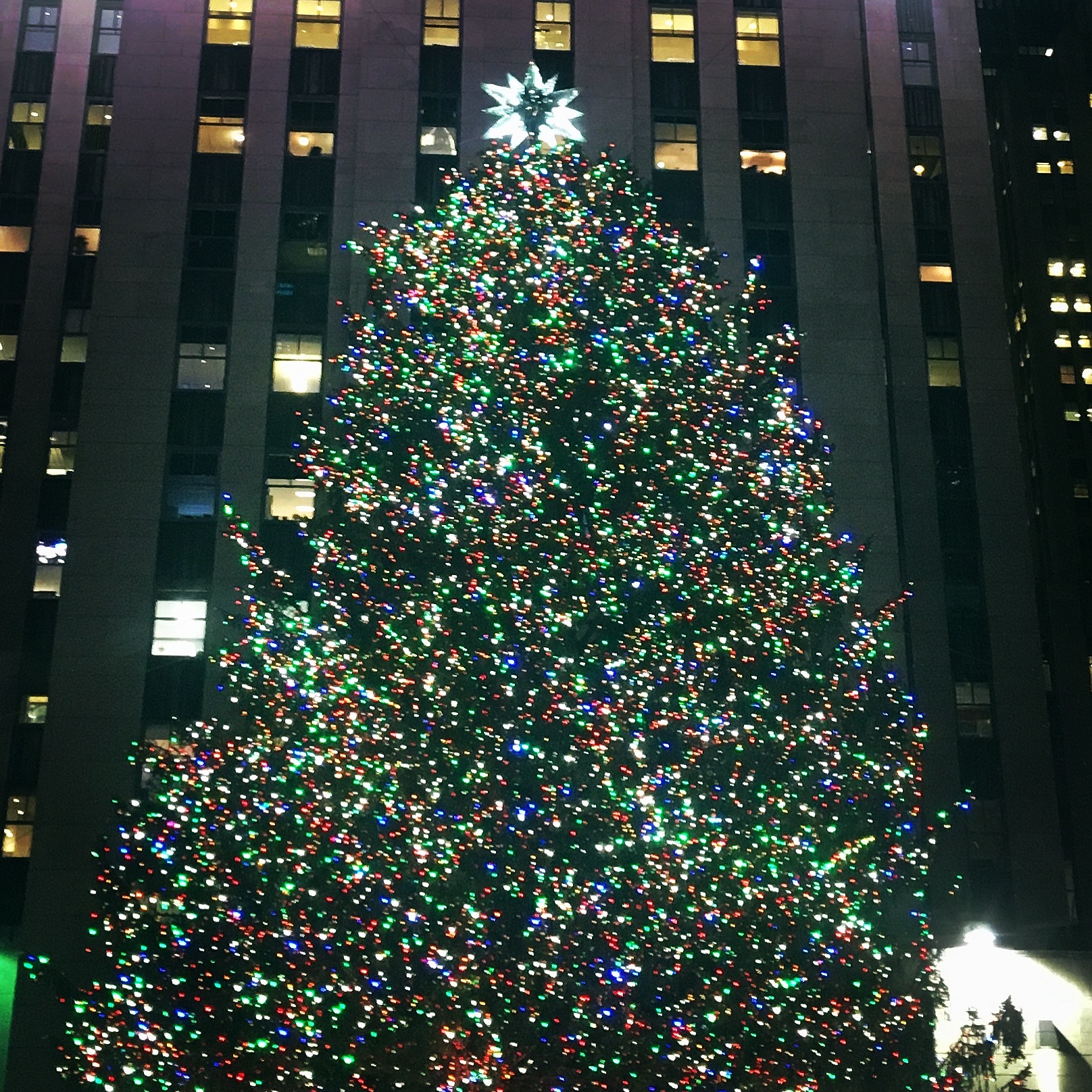 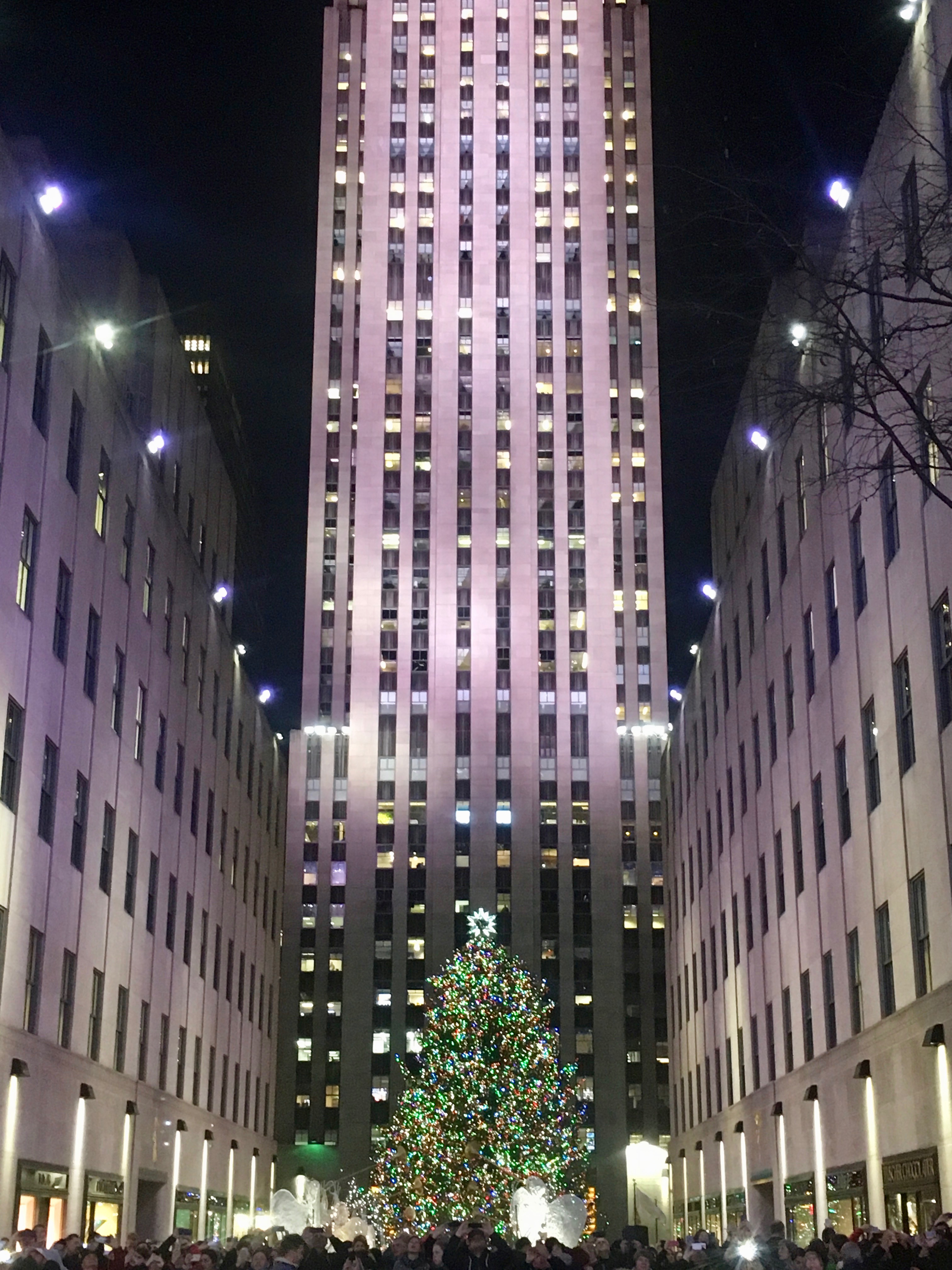 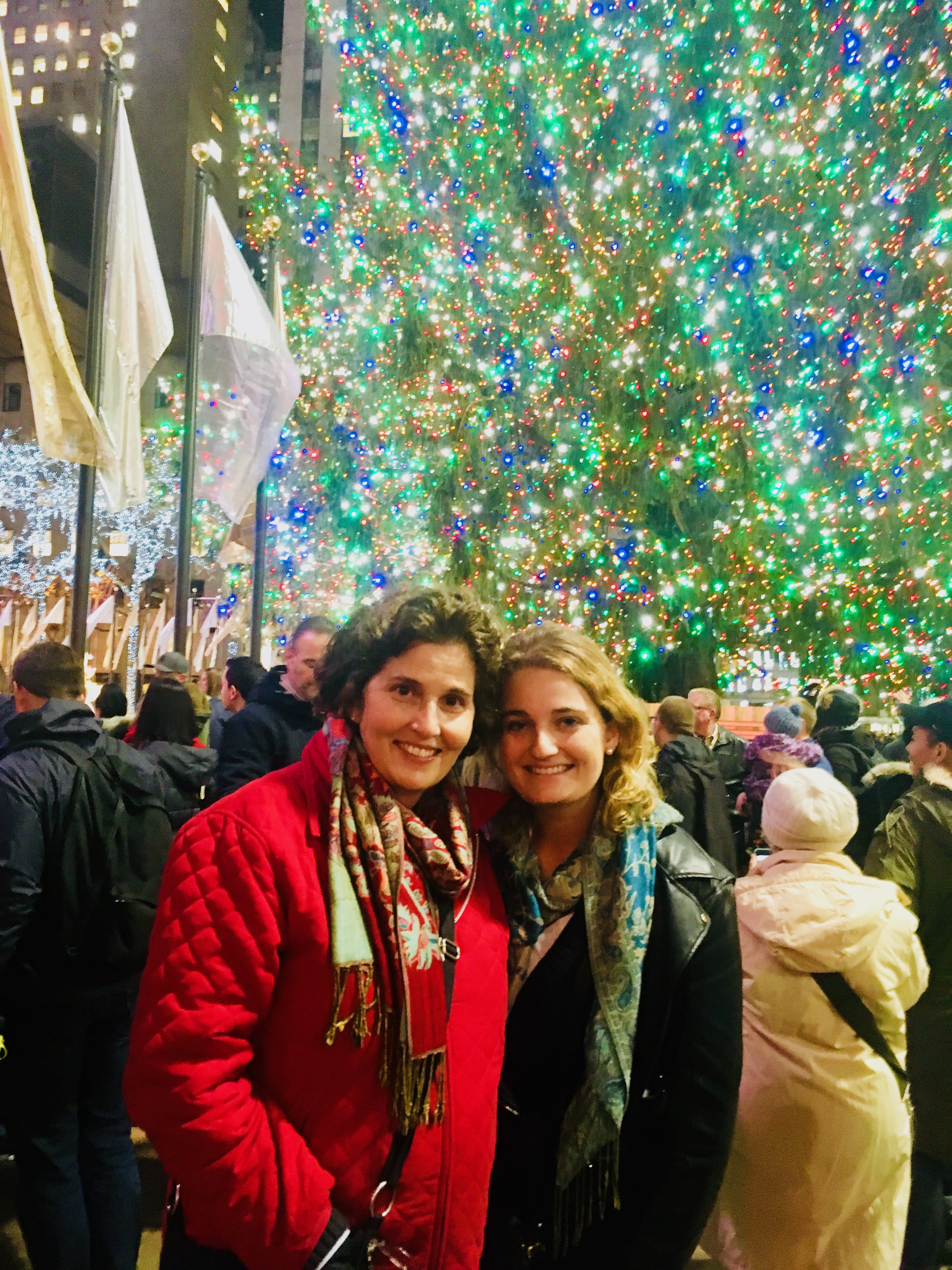 During the holiday season, Saks Fifth Avenue does an excellent job, not only decorating their windows with whimsical displays that move and entertain people walking by, but also with their light show on the building that goes on hourly from nightfall until midnight. You could spend hours walking through Manhattan, stopping at the big department stores and admiring their displays.

This pop-up bar was hilarious and well worth waiting in the biting chill of the night outside to get let in. It’s a Christmas-themed bar for salty people who hate Christmas, with a Santa Claus doling out insults in protest, awesome cocktails, and garish decor. It was everything I could have asked for during a stop in New York City before the holidays! I’m not certain if it will make a comeback for the 2018 season, but if it pops back up on the Lower East Side this year, consider making a stop if you’re in the city. 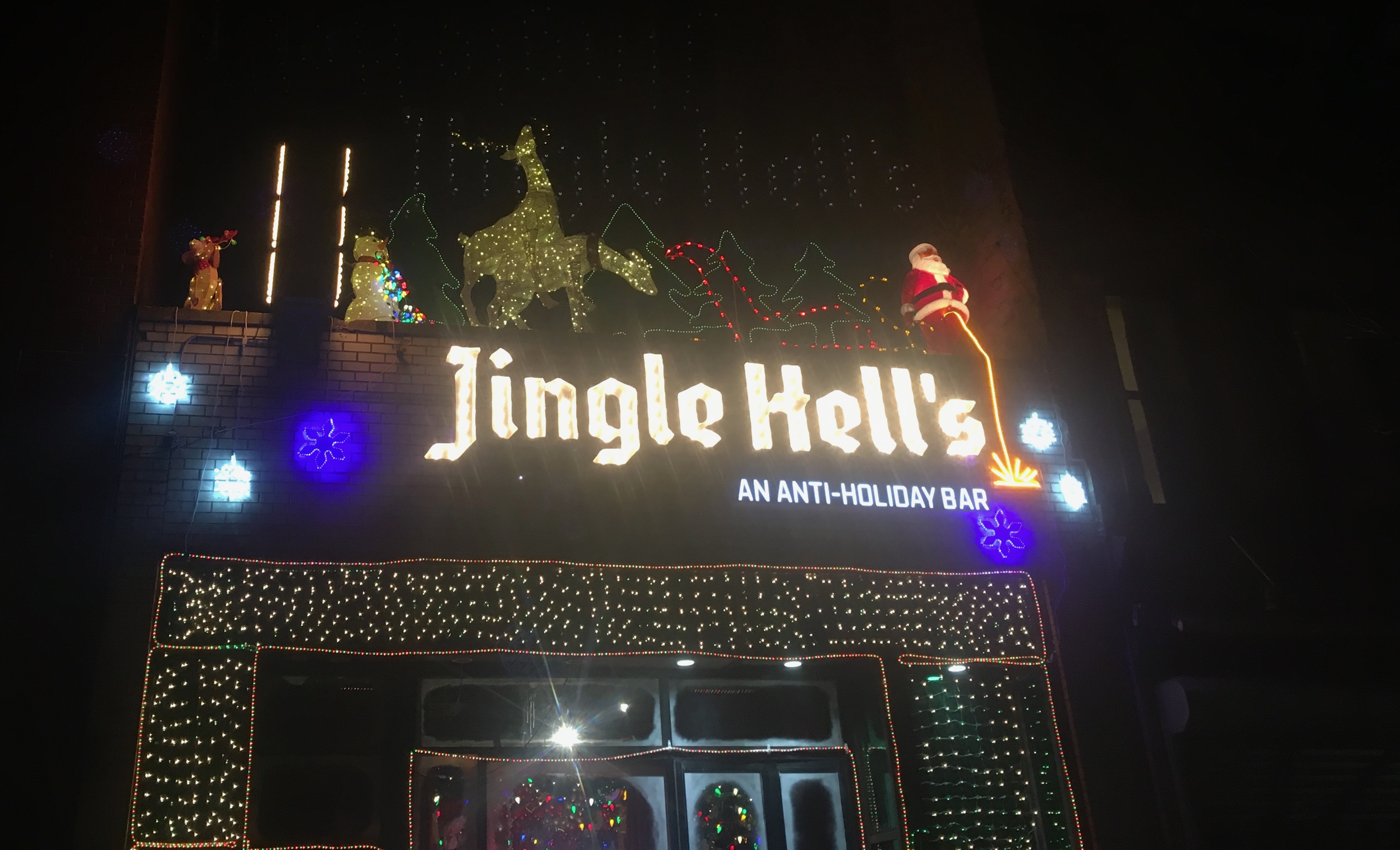 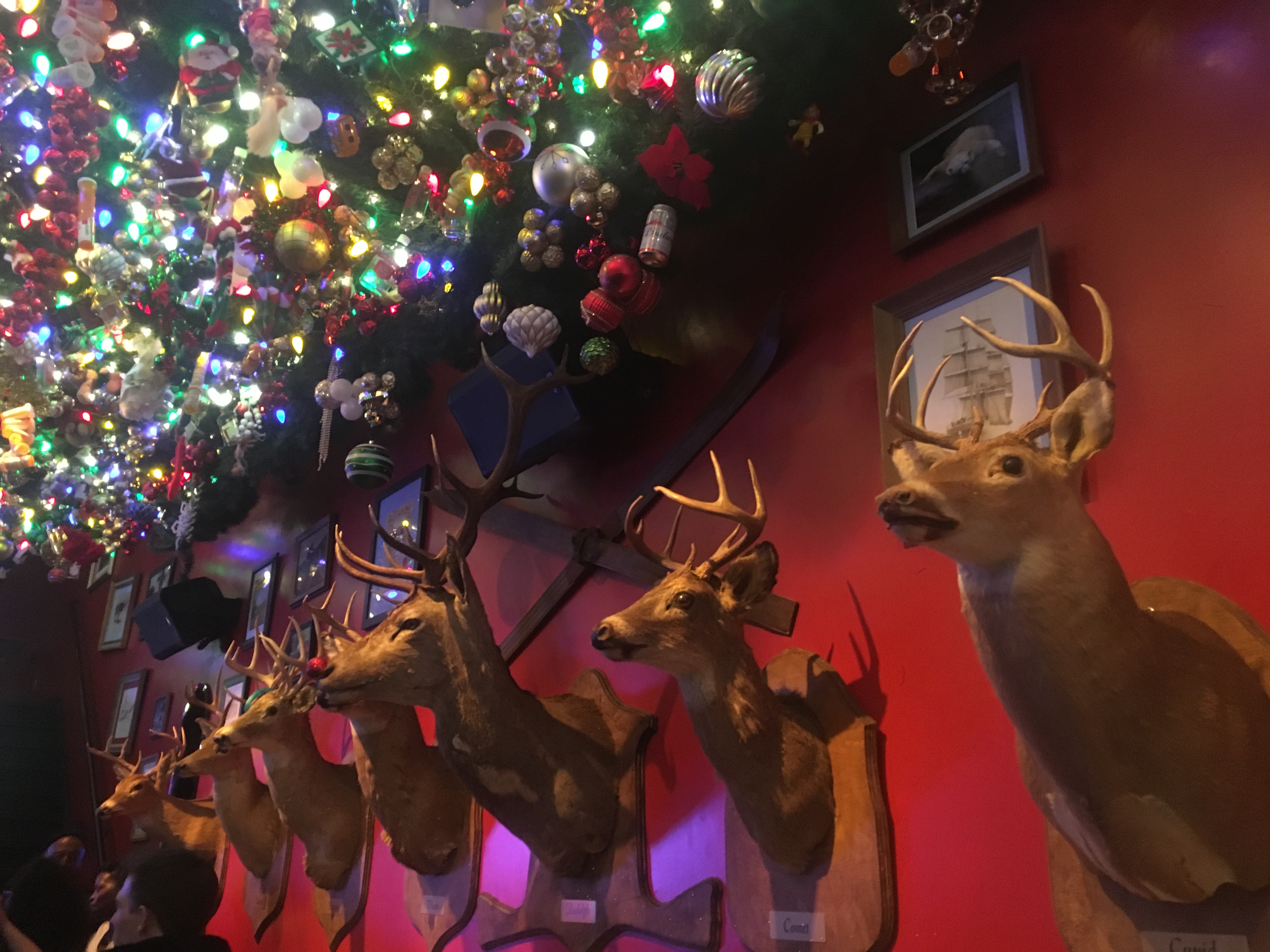 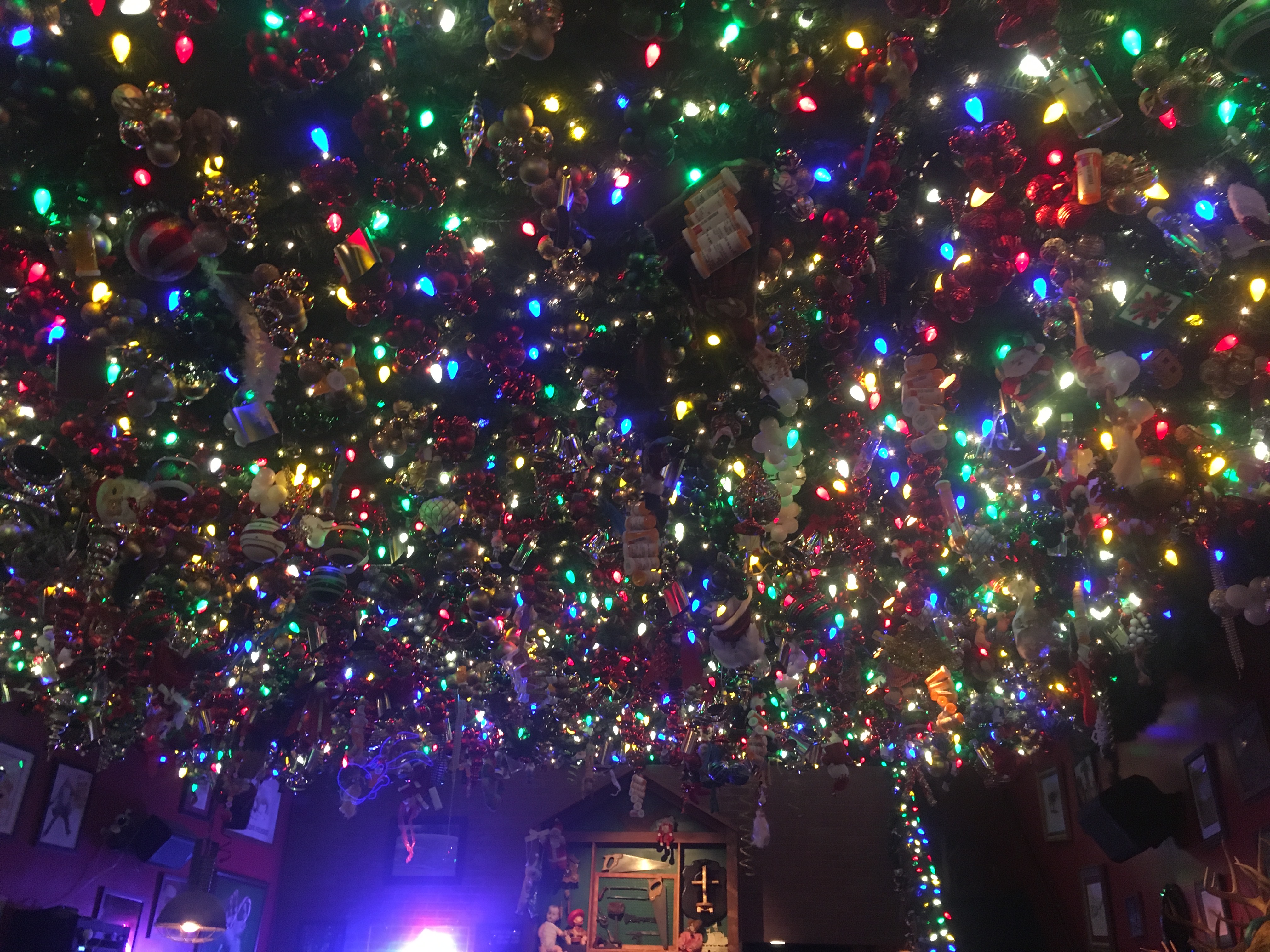 If you ever get the chance to visit New York City at Christmastime, whether it be a few weeks before or during the actual holiday, you’ll have an amazing time getting in the holiday spirit.