For the adventurous and active traveler, a trip to Tenerife isn’t complete without a hike down the Masca Gorge to the bay. Situated between massive cliffs near Los Gigantes, the walk follows a stream bed right out to the sea.

The terrain is pretty rugged and the trail isn’t clearly marked, however it is fairly obvious as the natural landscape serves as a bit of a guide, there generally is only one path to go, and if the trail splits for a little bit, it comes back together quickly. 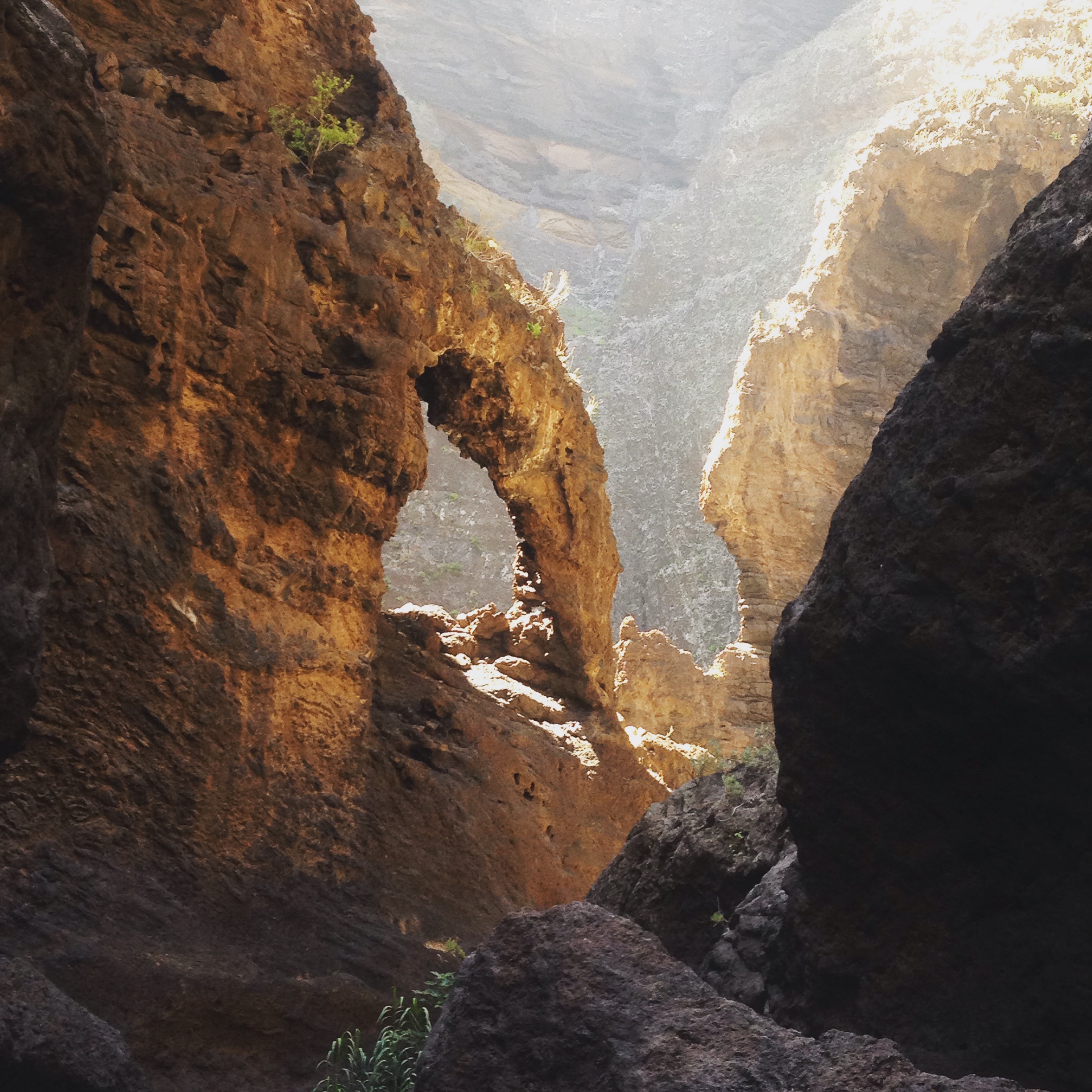 Some of the trek is shaded but a lot of it is done in full sunlight, so bringing plenty of sunscreen is essential to not get burned while climbing down. Water is also super important, I chugged my way through nearly 4 litres of water during our day! 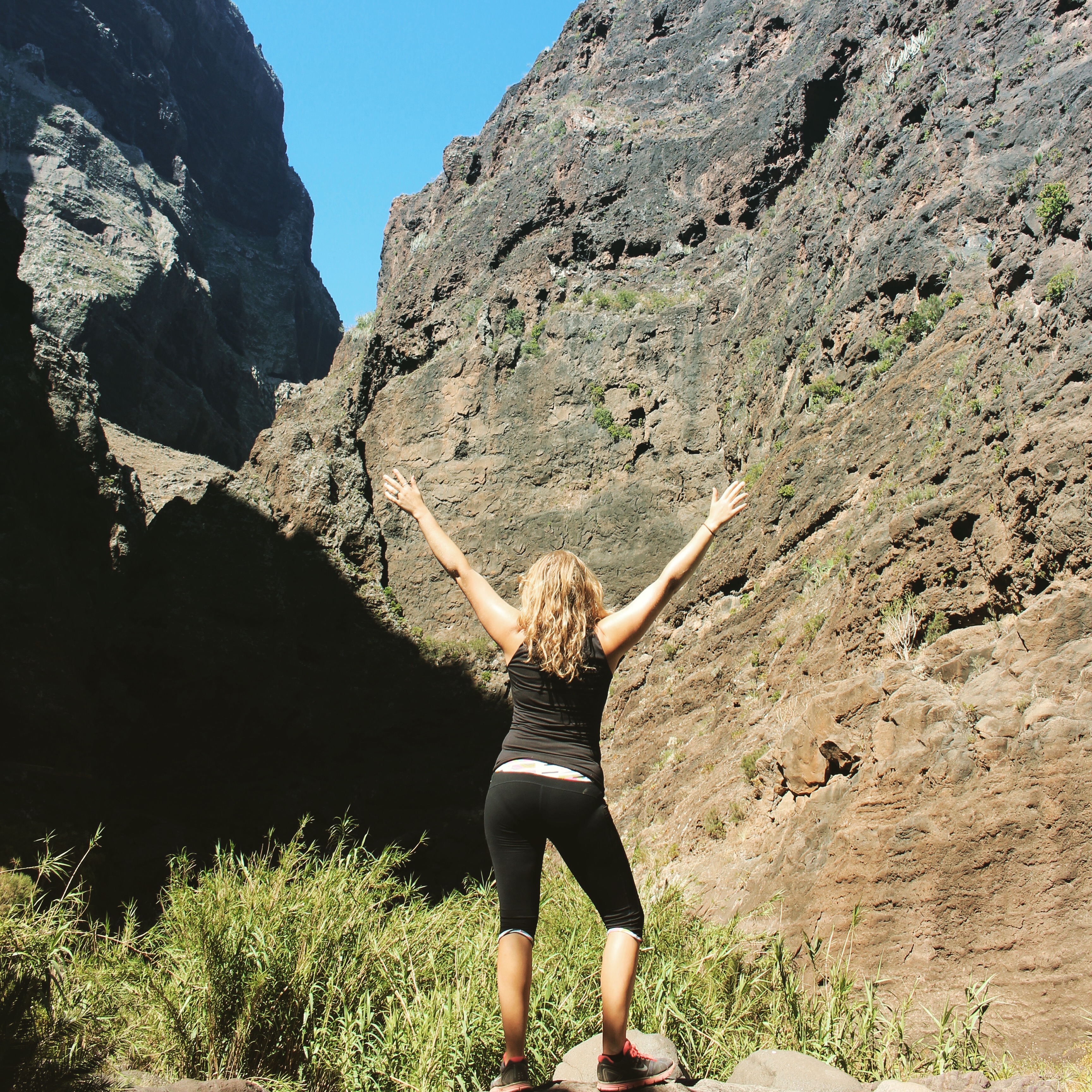 Down the gorge, it is about a 7.5km hike, which opens up on a beautiful, natural beach. We started around 10 in the morning from the parking lot at the top of the cliffs, and worked our way down for about 2.5 hours before reaching the beach. 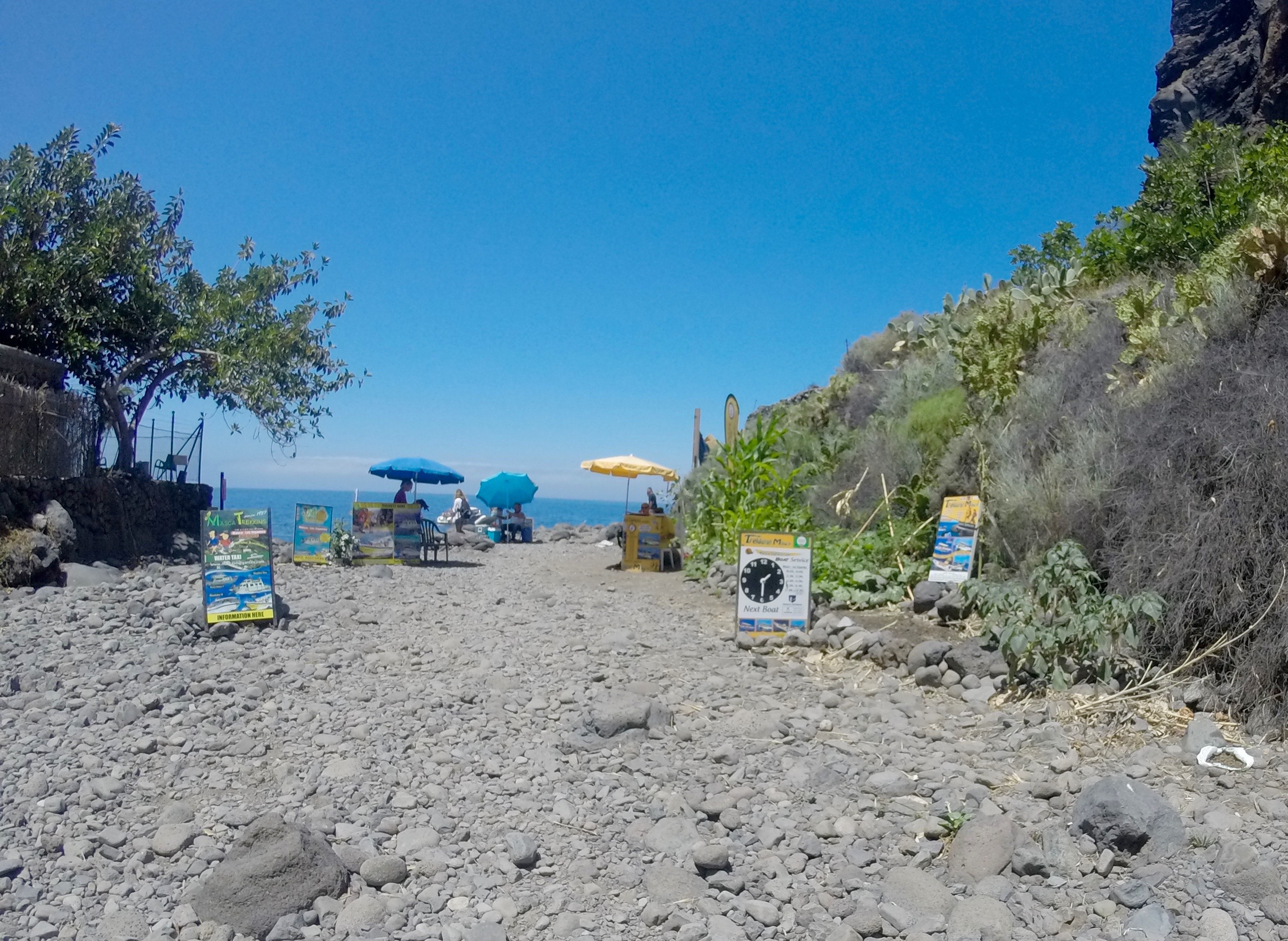 Kiosks selling boat tickets for rides back to Los Gigantes

We packed our swimsuits and snorkel gear, which I would highly recommend. After all the hiking, a refreshing swim in the sea was the perfect way to reset our bodies, and the water of the area was so incredibly clear, we could see straight to the bottom. Lots of little fish were milling about and it was calm with only small waves. 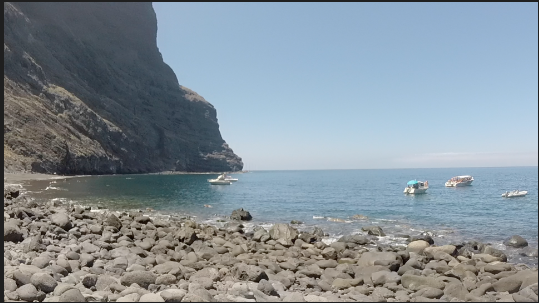 To anyone planning on doing the Masca Bay Walk, I would highly recommend packing plenty of snacks and even a full lunch. It is a very tiring walk and your body will need fuel, especially if you are going to hike back up instead of taking the water taxi back to Los Gigantes. 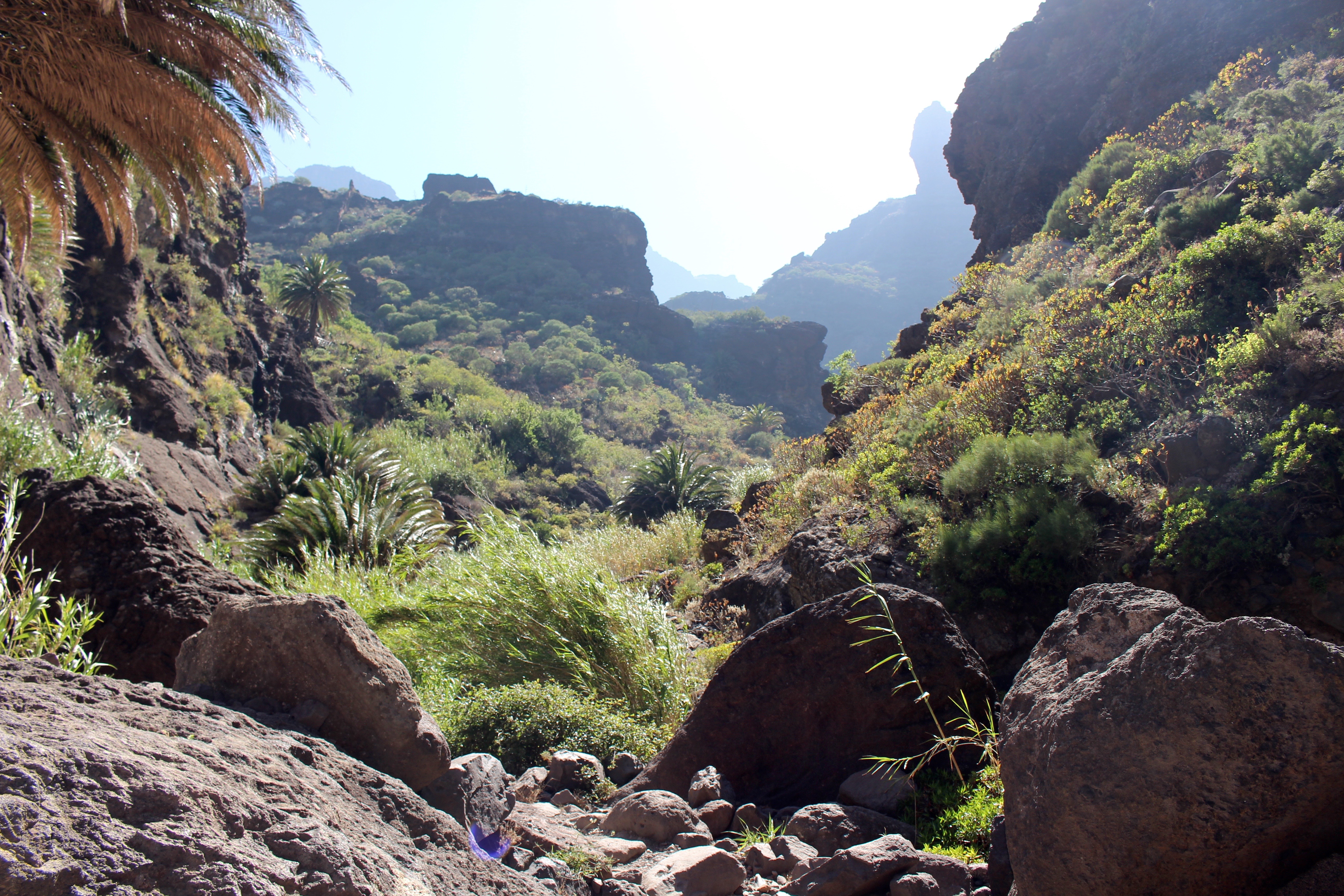 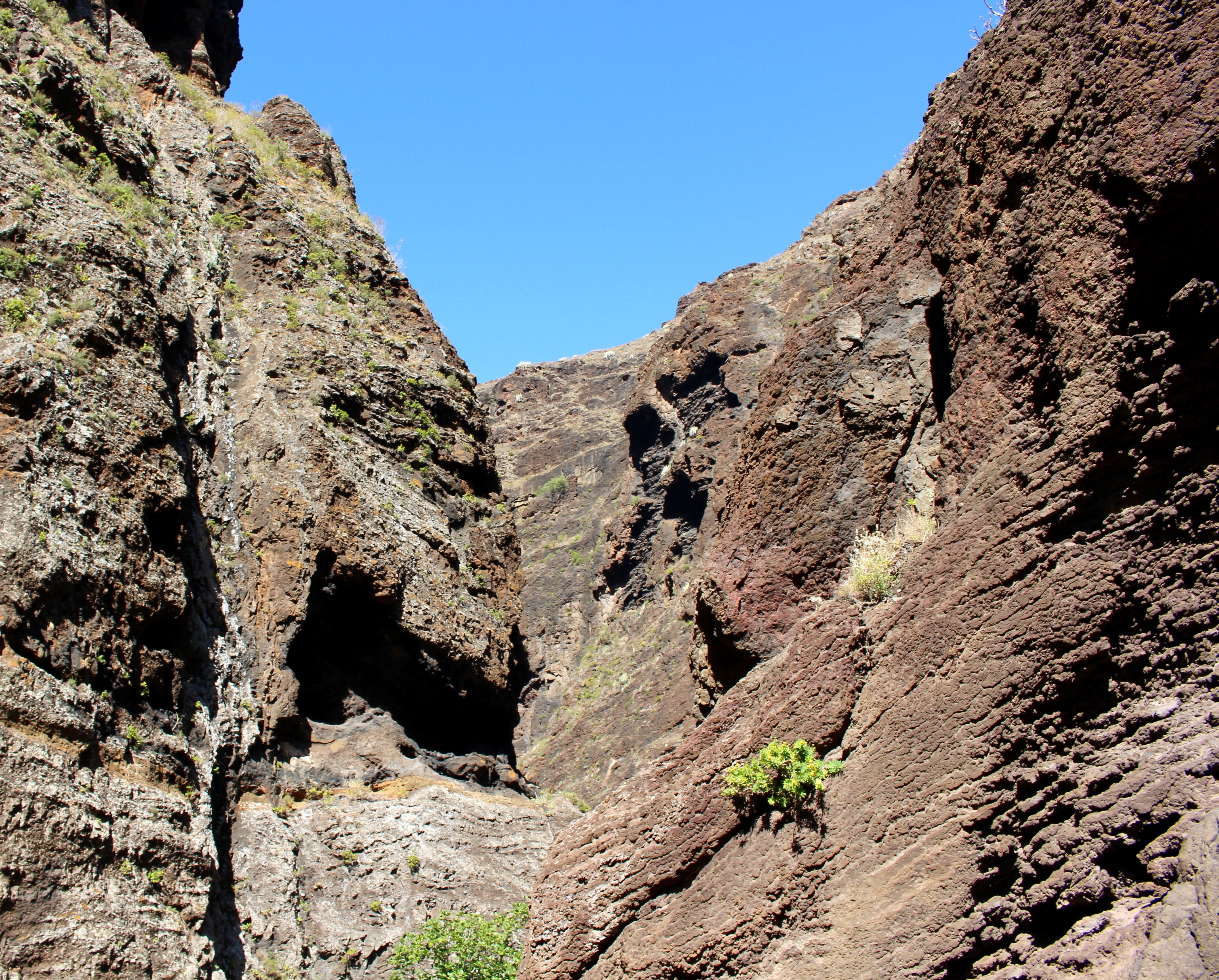 The water taxi is a great option for people who don’t want to torture themselves by climbing back up the valley gorge. Because of our transport situation, we had to complete the walk back to the top to get to our car, so it was three hours of trekking back upward. It’s definitely not an activity for people who are unfit, but I am not in peak physical condition and I didn’t struggle too much in completing the ascent.

For solo travellers – Masca is a safe, non-technical trek to complete on Tenerife. It is fairly touristy, so there are always hired guides with big groups making their way up and down in the daylight. One could safely complete the trek by themselves, knowing that there will be others out there in case of an emergency. I would not recommend doing this hike at night, as there isn’t a well-worn trail and there are a lot of hazardous areas that would be very difficult to maneuver around in the dark. 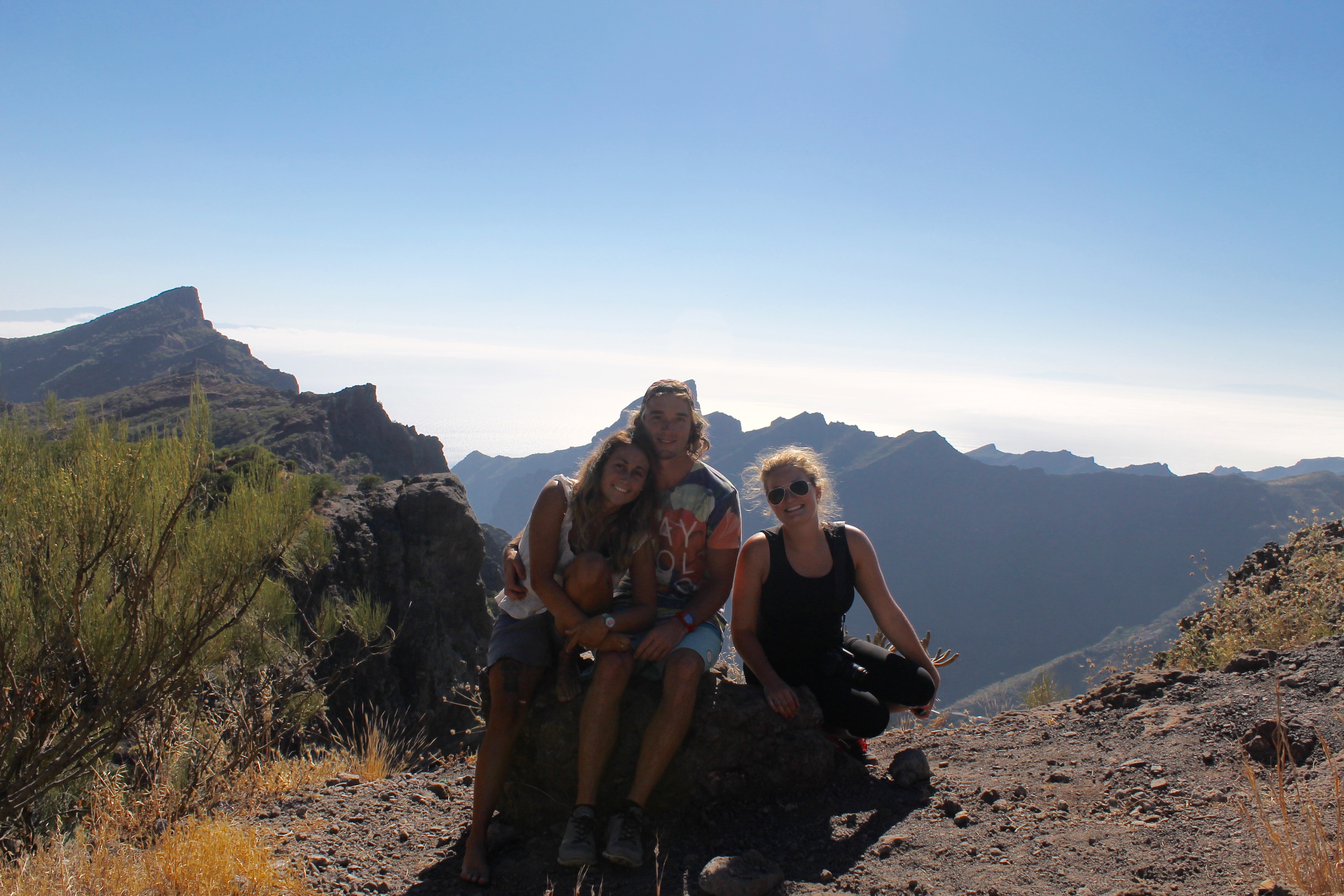 Completing the Masca Bay walk not only down to the beach but then all the way back up was incredibly exhausting but very rewarding. I would highly recommend the trek to anyone spending time in Tenerife, as it is a great way to spend a day outdoors, see the cliffs and the beach, get in a nice swim and burn a LOT of calories! I hope to complete it one more time before I head back to Madrid.