The third weekend of February was another long weekend for public schools, which meant we had to plan a trip out of Madrid! We opted to visit two cities in the region of Asturias in the north of Spain. Famous for its food and cider, I knew that the weekend was going to be incredible.

Driving to the north of Spain is like entering a different country. You leave the desert landscape of Madrid and enter a world of snow-capped mountains, lush green rolling hills with colorful farmhouses scattered upon the landscape. The north is famous for food, architecture, and rain – but we lucked out and didn’t get drenched during our stay.

If you are looking to drink the famous Cider (Sidra in Spanish) go to Calle Gascona. It’s a street of endless bars and sidrerías, there are so many to choose from and many with outdoor seating. Things close a bit earlier in small towns of Spain – so head out by 10 pm at the latest to enjoy a drink (or several bottles of cider) before things start to close up around midnight. And the bottles average out to be about €2 apiece. 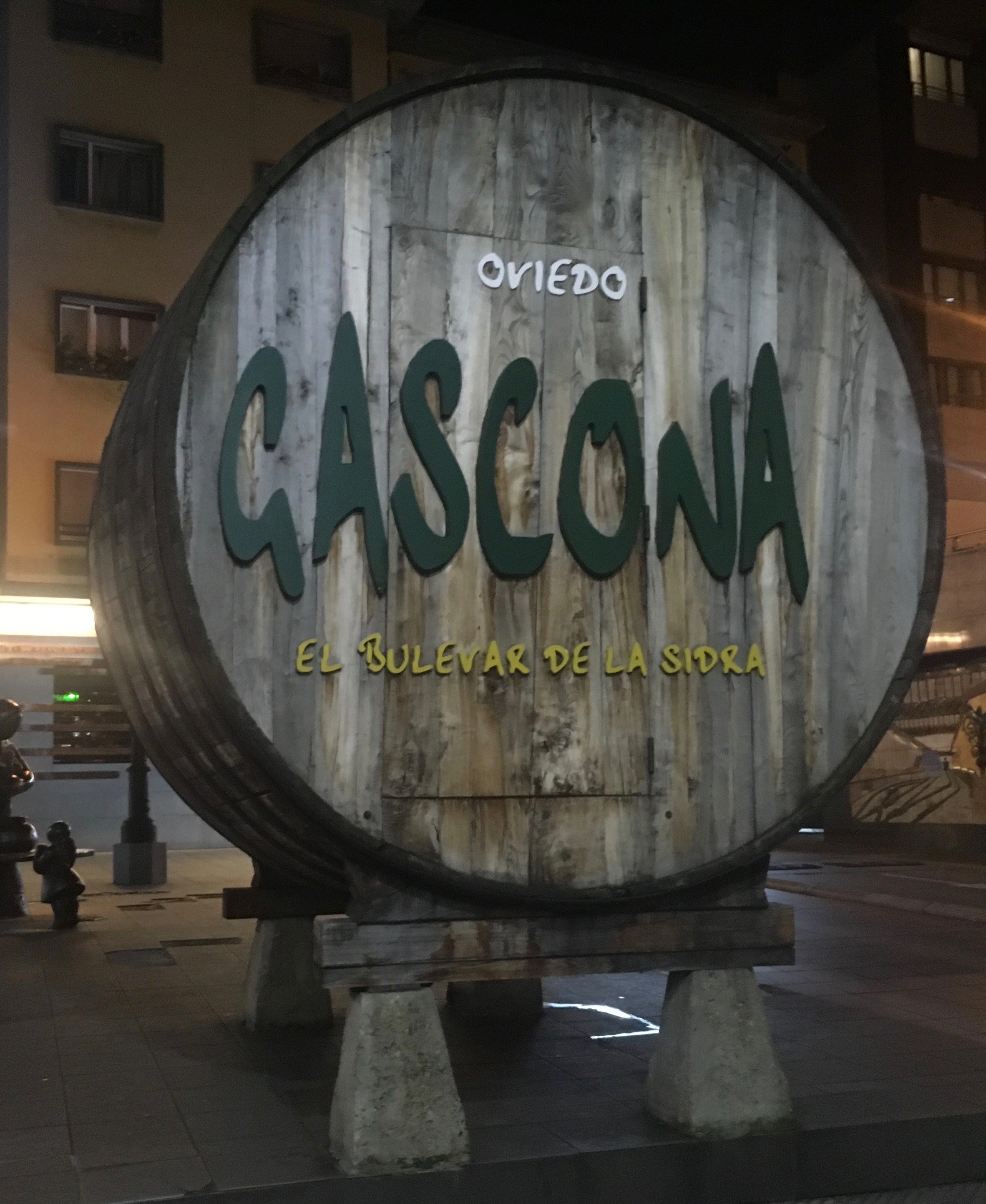 Good thing to know about Asturian cider – the trick is to drink it fast. The bartender only pours a small amount in your cup because you are supposed to drink it while it is “aerated” – which is why they pour it from a meters distance. Drink it too slow, and you may find your cup being picked up and dumped out by a bartender!

This restaurant is a bit famous, as one of the locations was used in the filming of Vicky Cristina Barcelona, the romantic comedy-drama directed by Woody Allen, starring Javier Bardem, Scarlett Johansson, Penelope Cruz and Rebecca Hall. Many scenes were filmed in Oviedo, and since it’s one of my favorite movies, I really wanted to go to Tierra Astur for a meal, so we did! 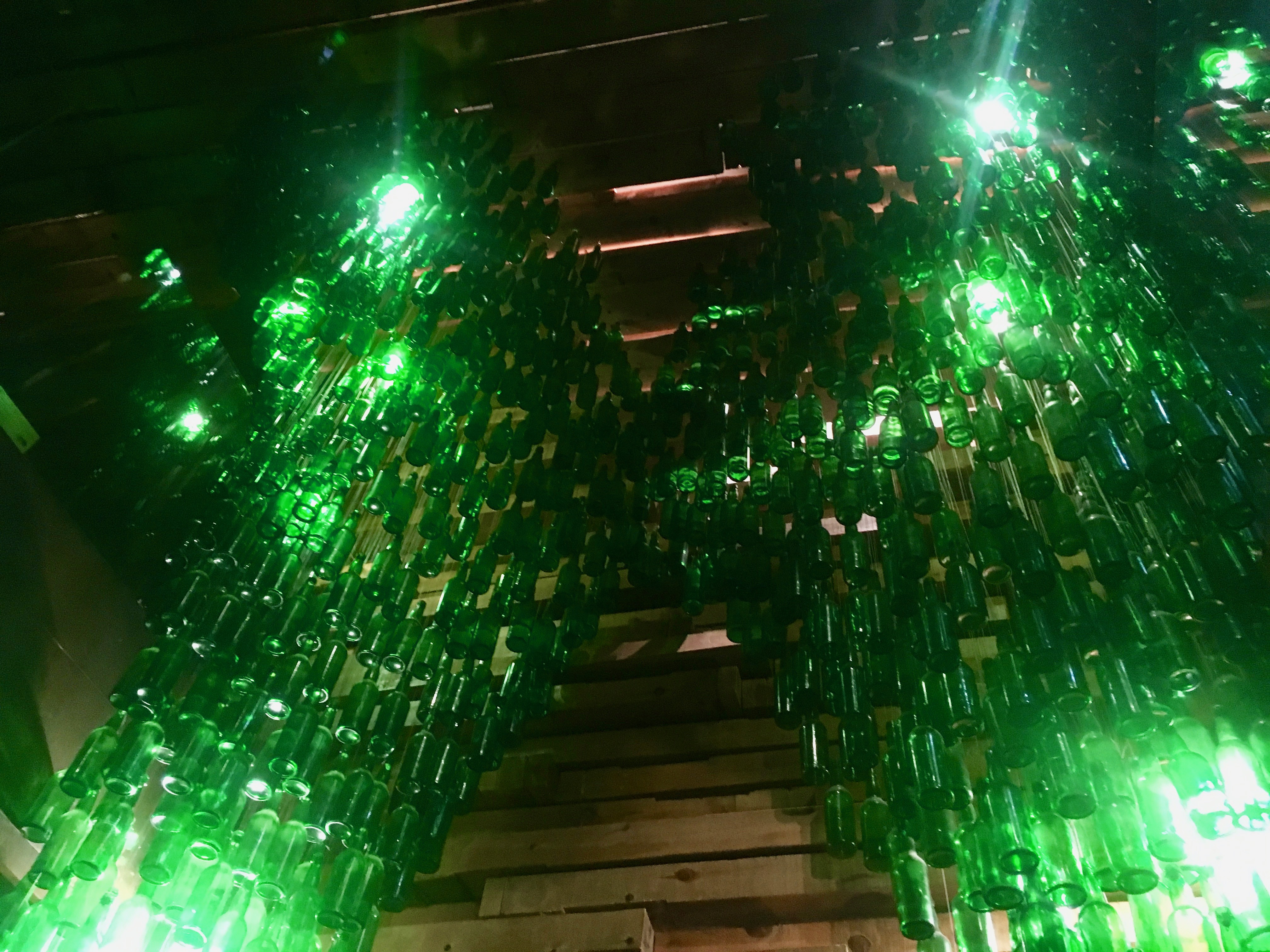 We were so lucky with beautiful weather while in Oviedo, it was warm and sunny enough in February for us to sit outside and enjoy a 3-course lunch. The zucchini creamed soup and “tabla de embutidos” – Spanish ham and chorizo platter, were excellent starters, followed by a risotto dish and finally with a pork chop with fries. Dessert was an amazing Nutella crepe. We were so full from this lunch, we didn’t need anything for dinner!

This park in the middle of Oviedo is a beautiful spot to walk through on a sunny day. It’s nothing particularly special, except for the interesting statues and monuments scattered throughout the park, like this one of Mafalda, a character from an Argentine comic strip. 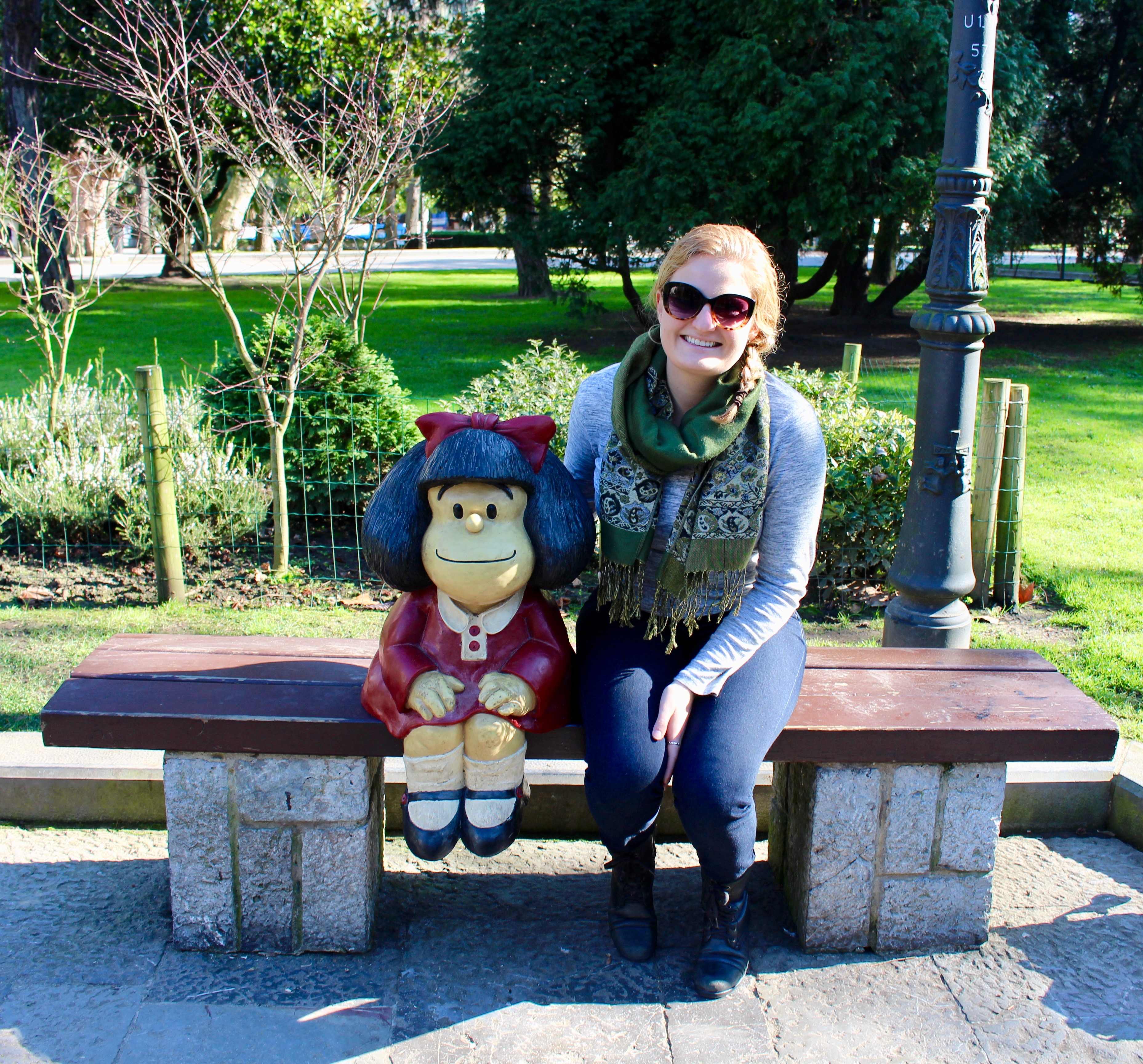 Wandering around the city, we made our way to this iconic church. The interior part was closed at the time we tried to go, but we got photos of the beautiful exterior. It is in a giant plaza in the center of the city. I believe it costs money to go inside, but it didn’t seem like it was even open when we visited – no visible offices or queues for entry. 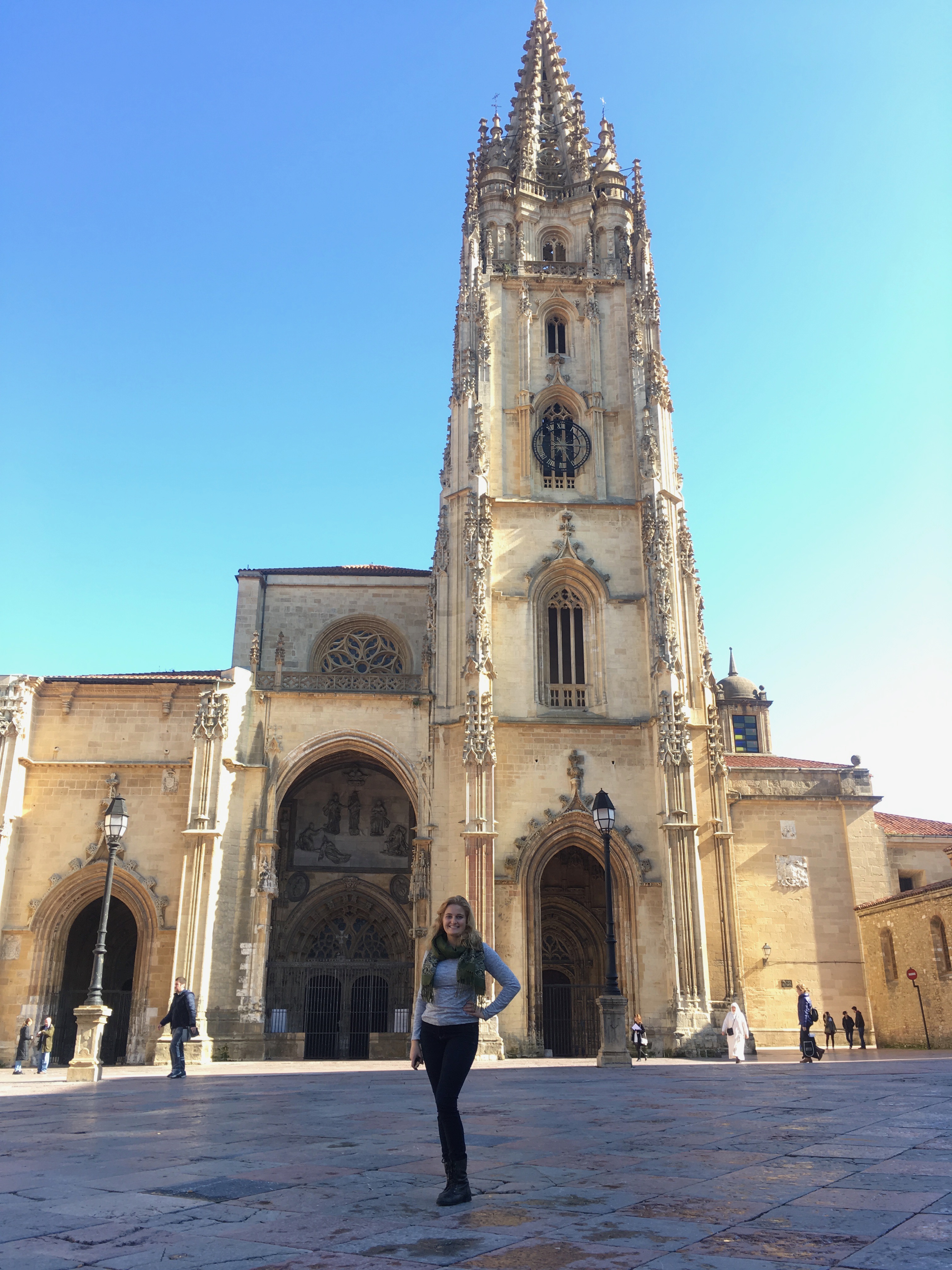 Woody Allen fell in love with Oviedo during the filming of Vicky Cristina Barcelona and even named it his favorite Spanish city. He describes Oviedo as a fairytale, and in return for his praise and love, the city has gifted him with this statue (life-size) as well as other Asturian awards.

Regardless of personal opinions, the statue is near to the park and is a cool thing to stop by on a trip around Oviedo. 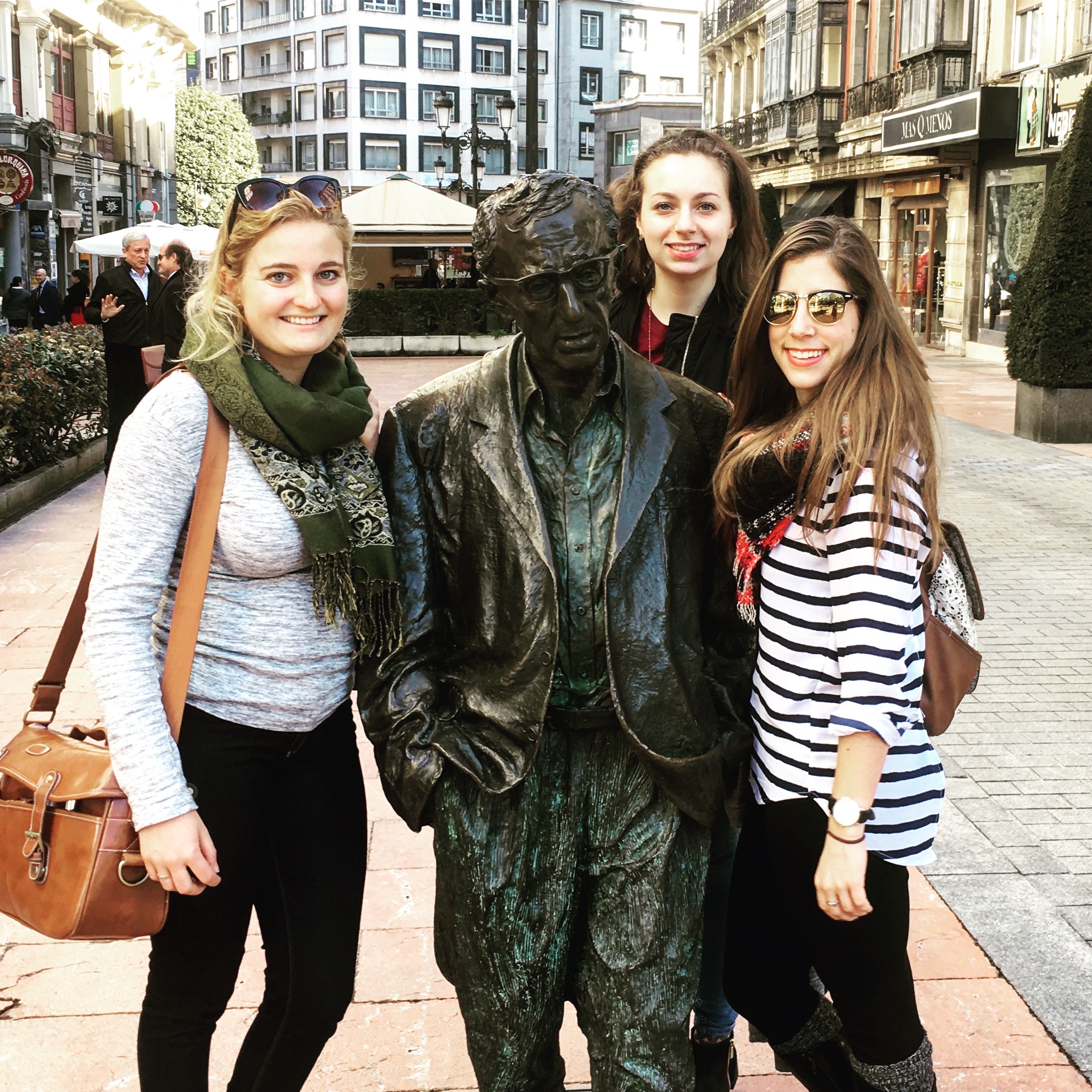 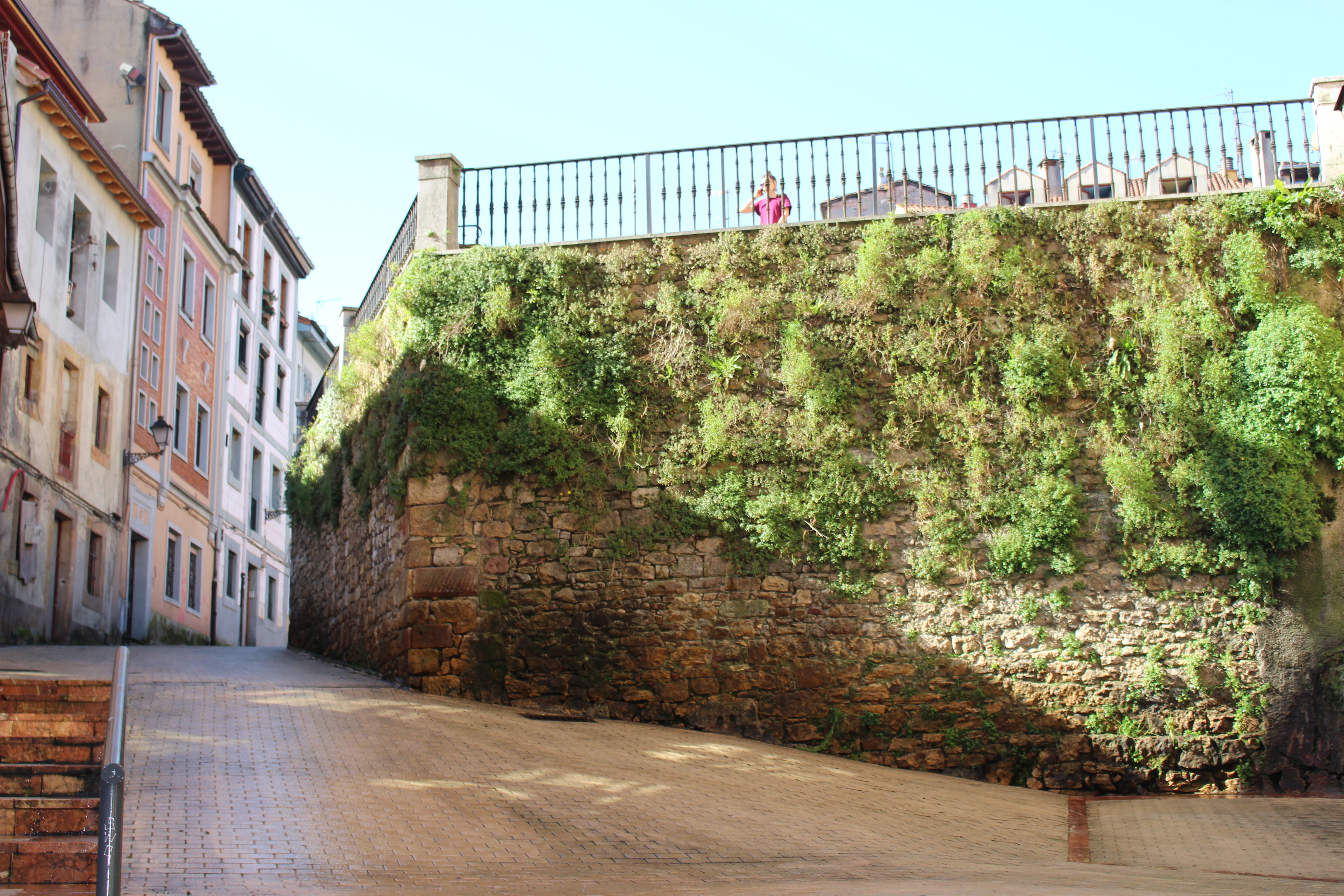 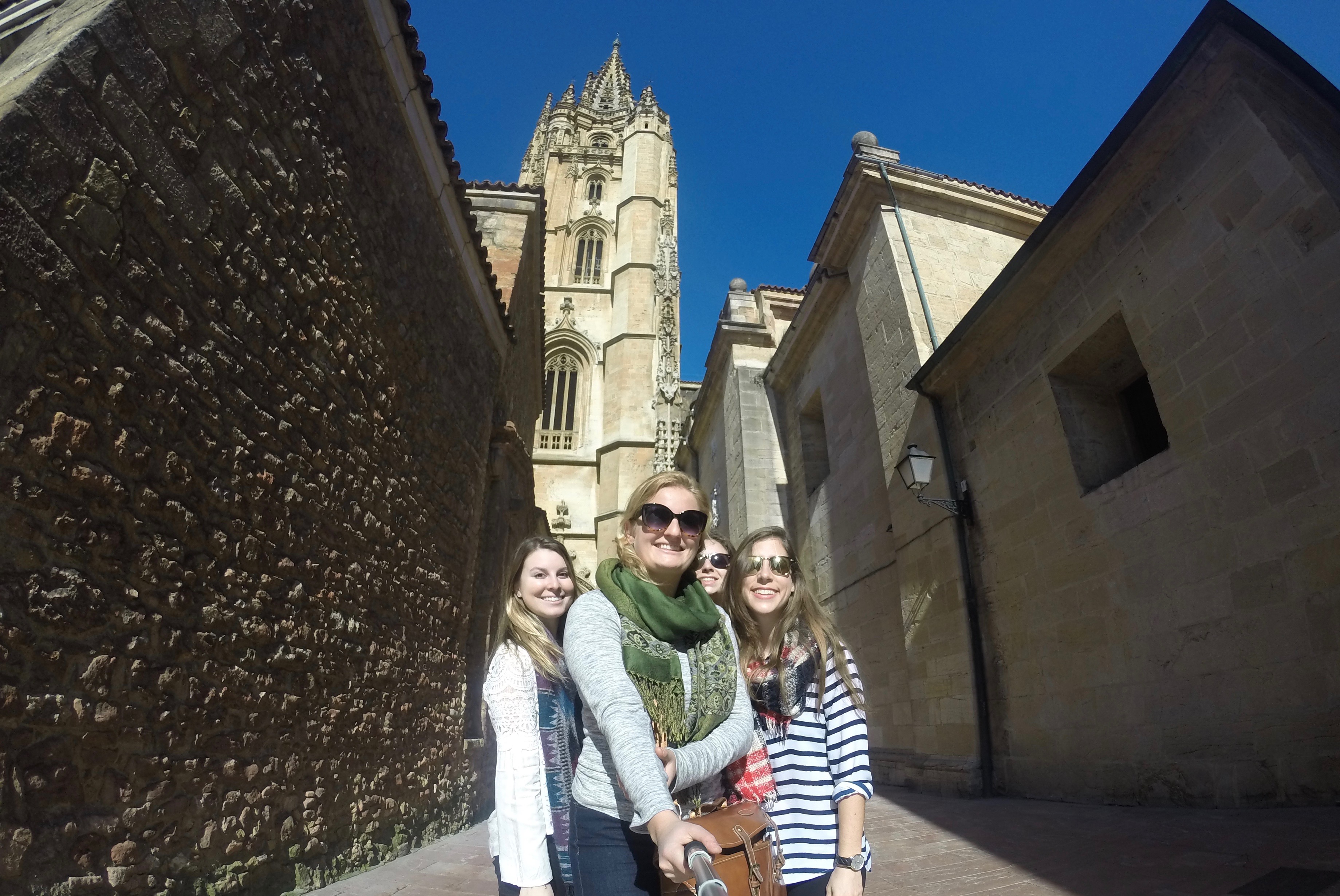