Spanish wine is tragically underrated. Looking back on my waitressing days, I can’t count how many times I tried to sell a table a bottles of a Spanish red only to watch them turn up their nose and pick something from Sonoma or France instead. Many people are ignorant of the wonder of Spanish wine, and it’s a shame that Spain hasn’t captivated the market quite like France or Italy.

For a quick weekend getaway, my friend Alex and I went up to Logroño, the primary city in the La Rioja region of Spain.  It’s about four hours by bus from Madrid, we bought our tickets on Alsa, which were about €40 round trip. The city was covered in clouds and assaulted by a relentless drizzle of rain the entire time we were there, but that didn’t stop us from eating and drinking our way through the city. 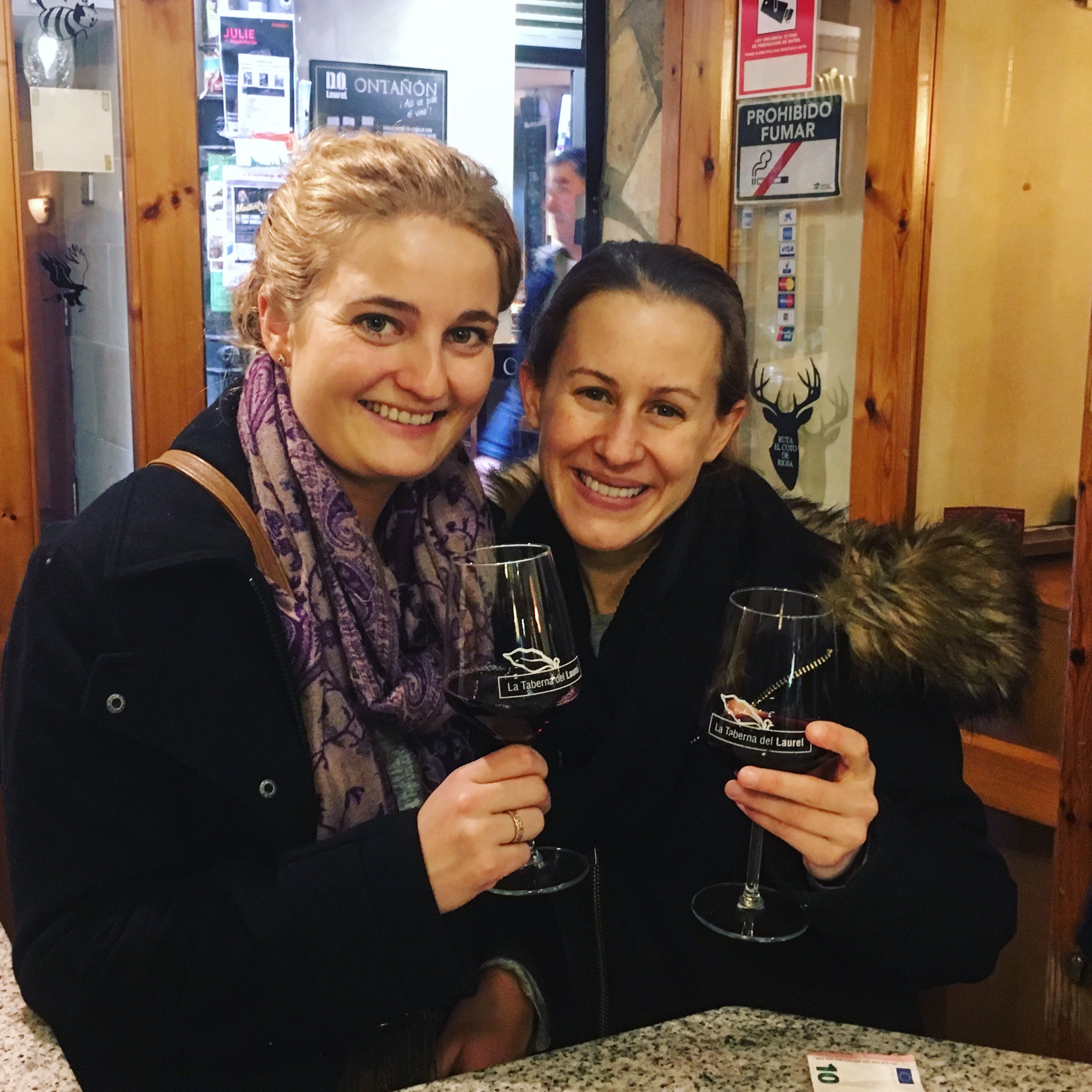 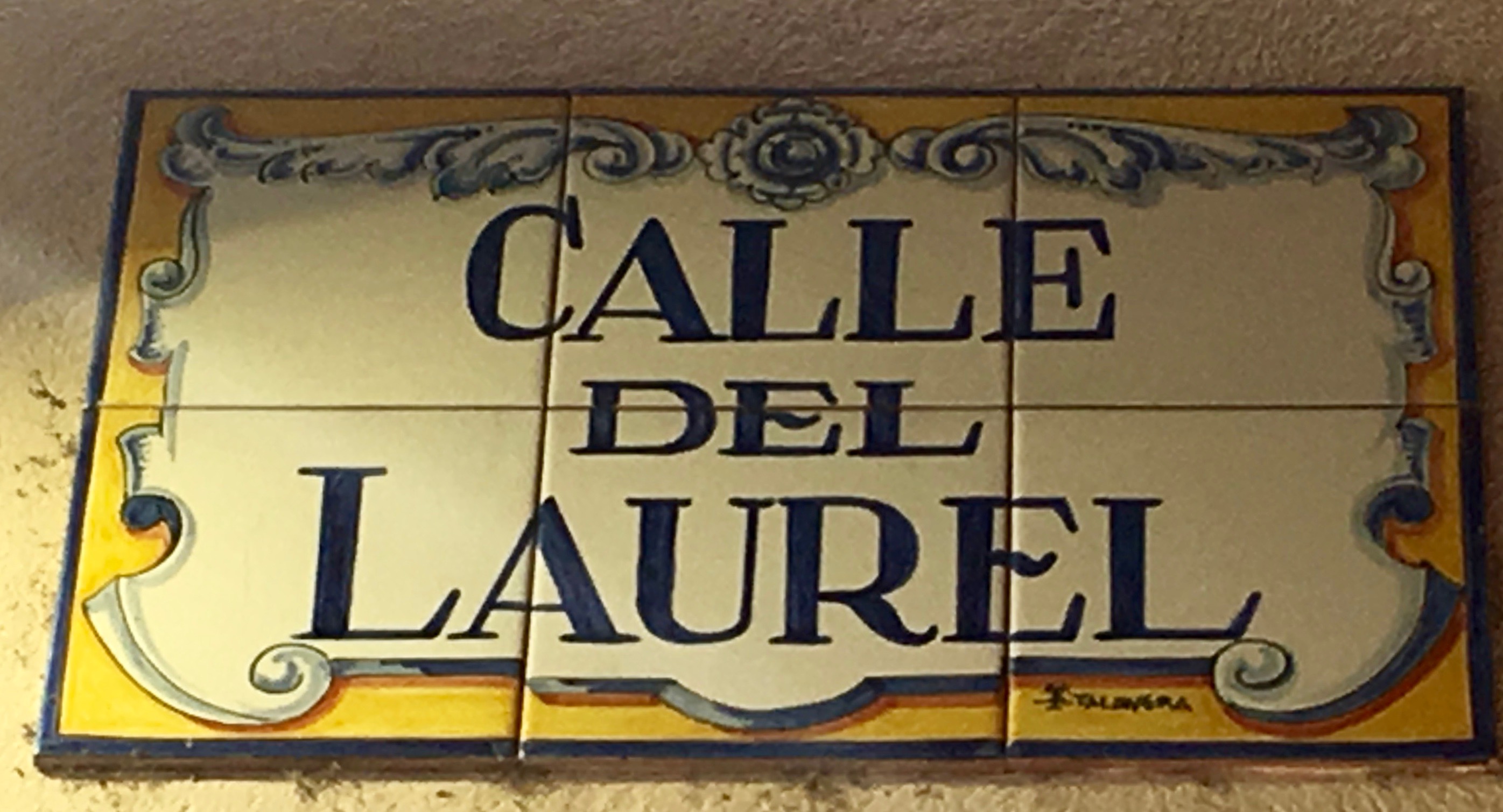 The main thing to do in La Rioja is to eat, and the main place to do it is on Calle Laurel. It’s more than just the one street – it’s a little corner of the town that is brimming with bars, each serving unique tapas and delicious Spanish wines of the region. These are just a few of some of the things that we consumed over the course of the weekend – I think you’d be safe to try any of the places in this area of Logroño – get the tapa of the house!

Stopped here early in the day and had a glass of the joven (“young”) and ham croquettes. I learned I am not as fond of the joven – the crianza wine which is aged 3 years was a lot more enjoyable to drink for me. 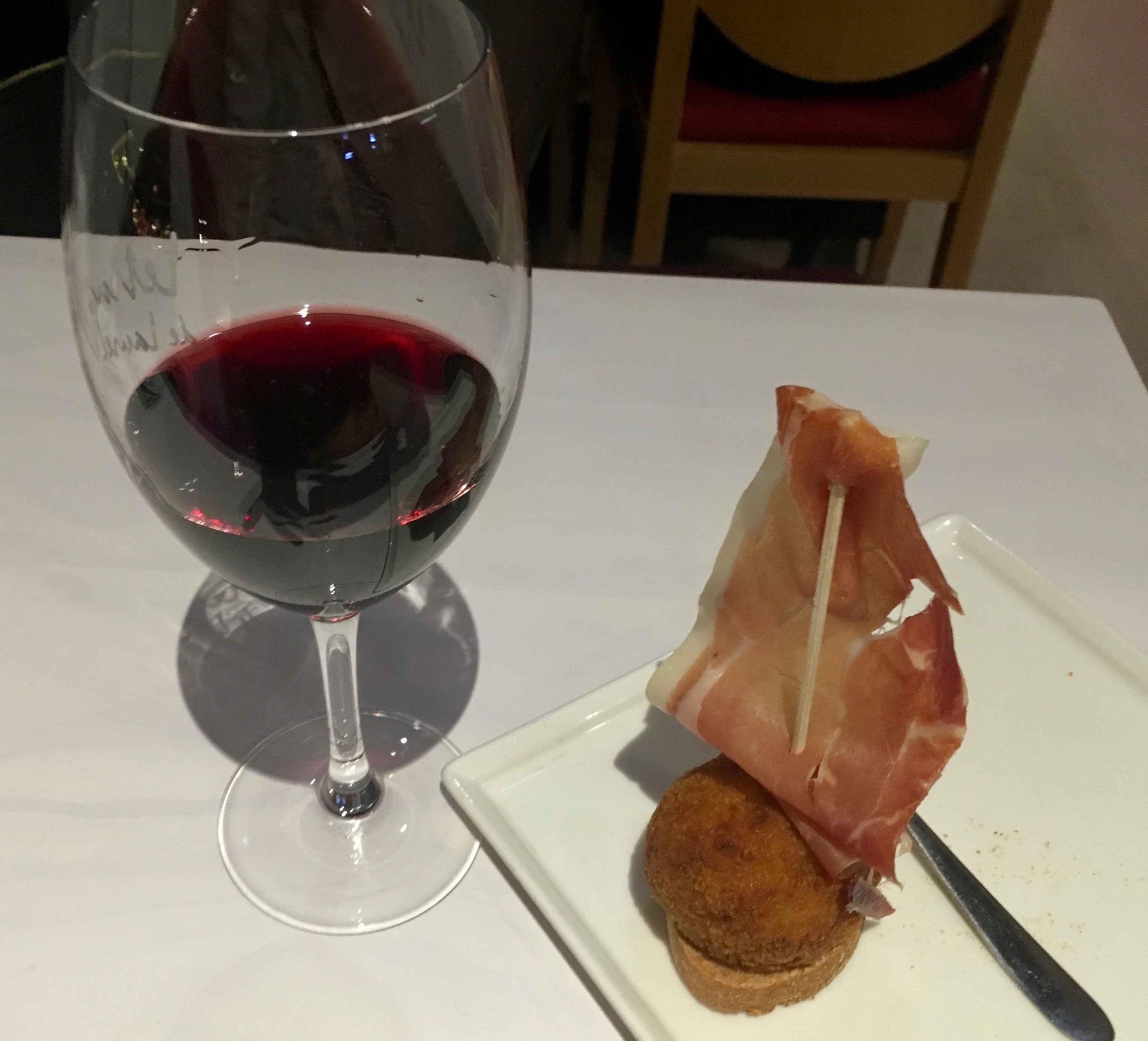 More wine and a baguette with ham, cheese, and thinly sliced zucchini! 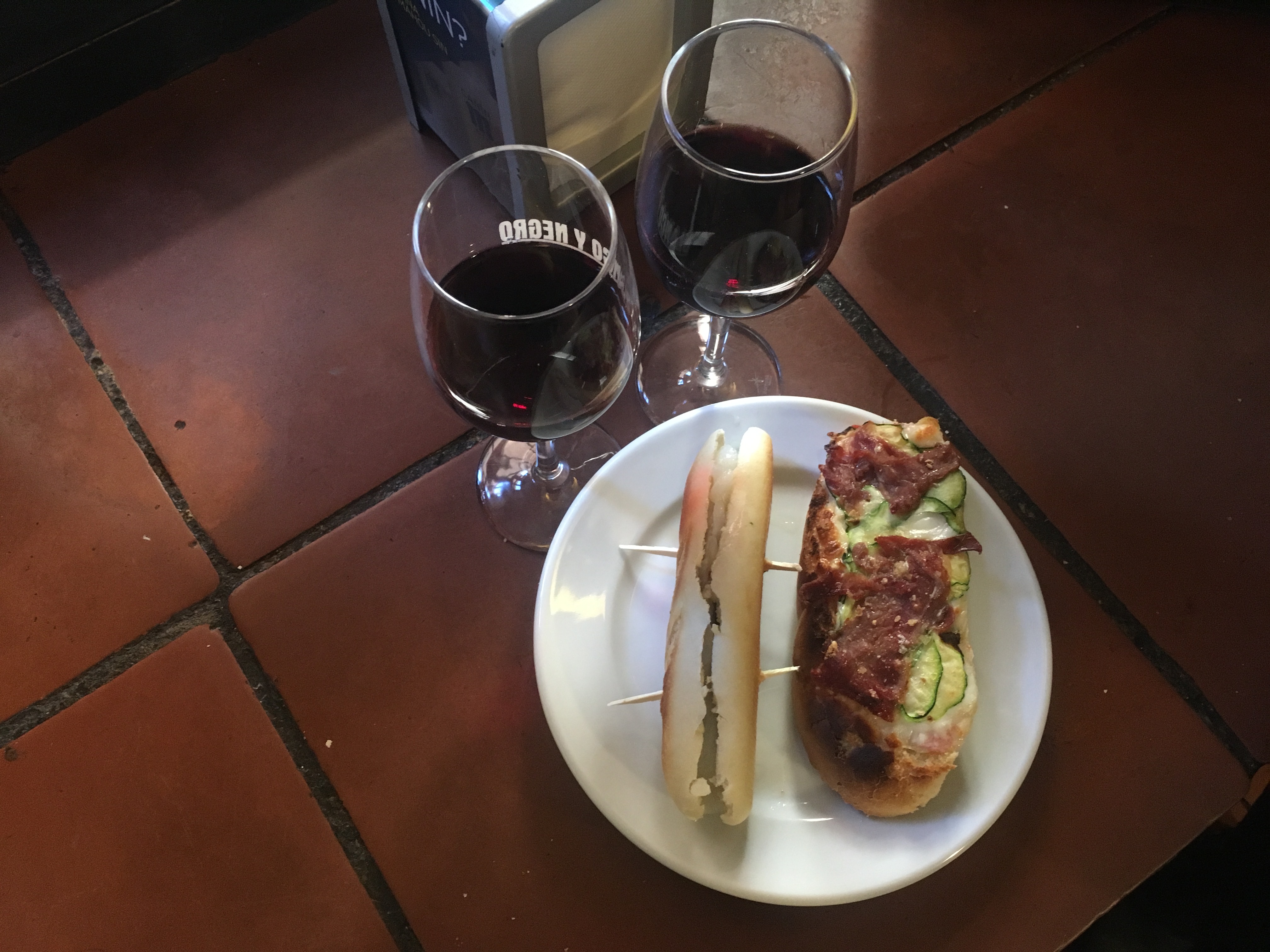 The first place we went to, we were literally dragged in by the locals who were gathered outside yelling “Champiñones AQUÍ!” (mushrooms here!!!) The tapa of this bar were these grilled mushrooms topped with a little shrimp. So simple but AMAZING (probably the excessive use of oil and salt) 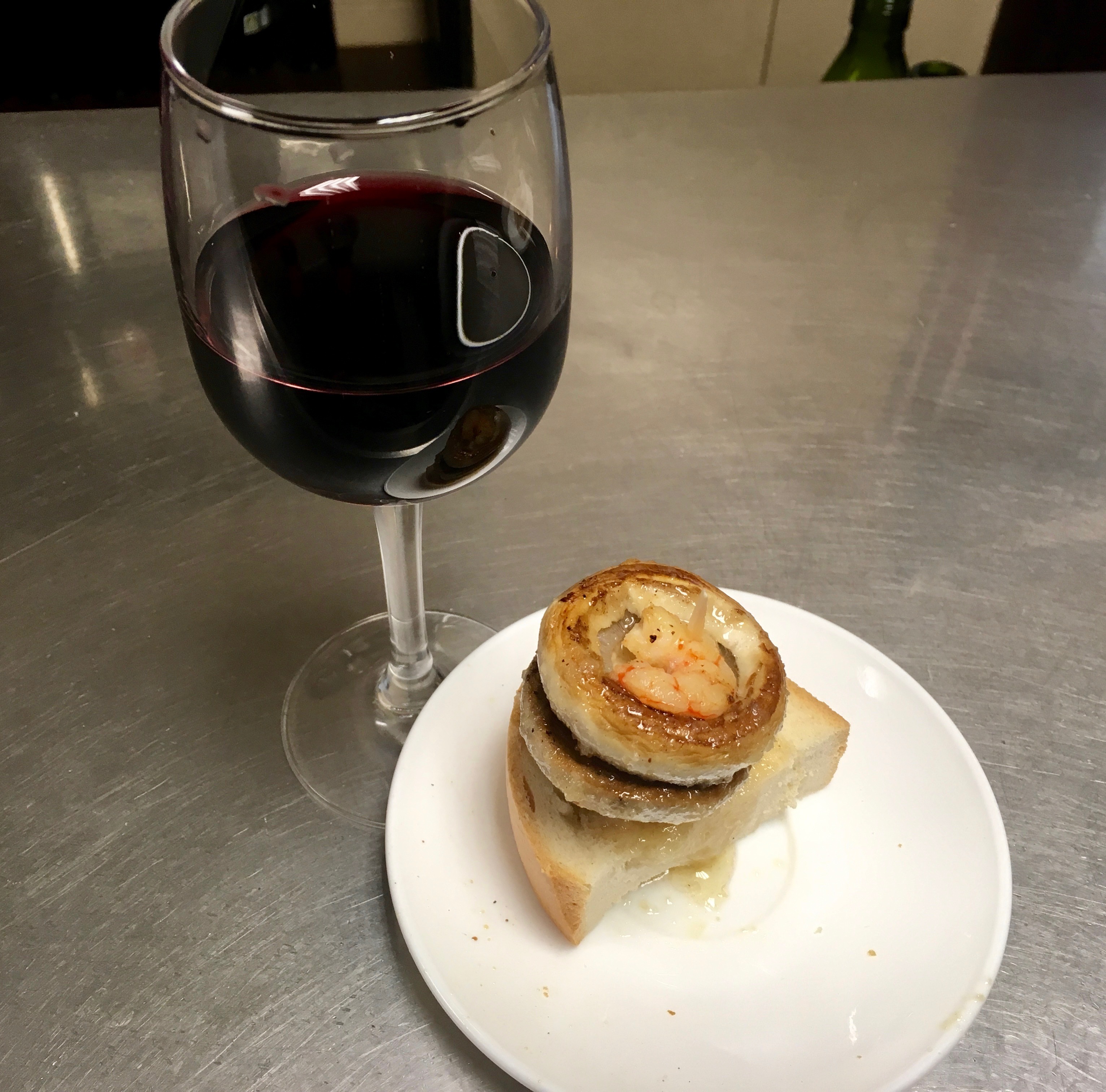 We went here for a bit of a bigger “dinner” after getting burned out of only small plates all day. They had a really nice selection of food for a really good price, and it was nice to get some vegetables in my system after so many fried tapas. 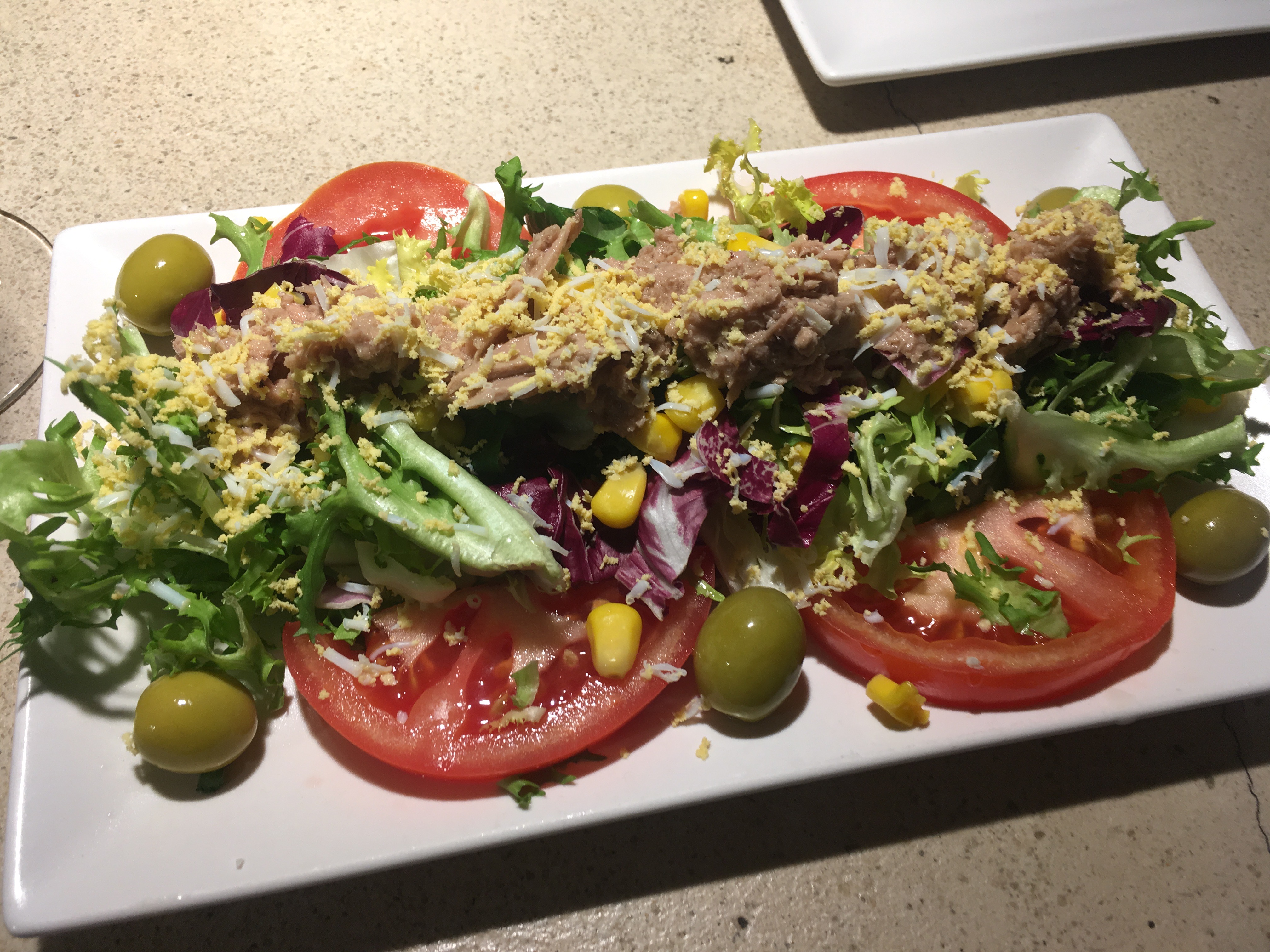 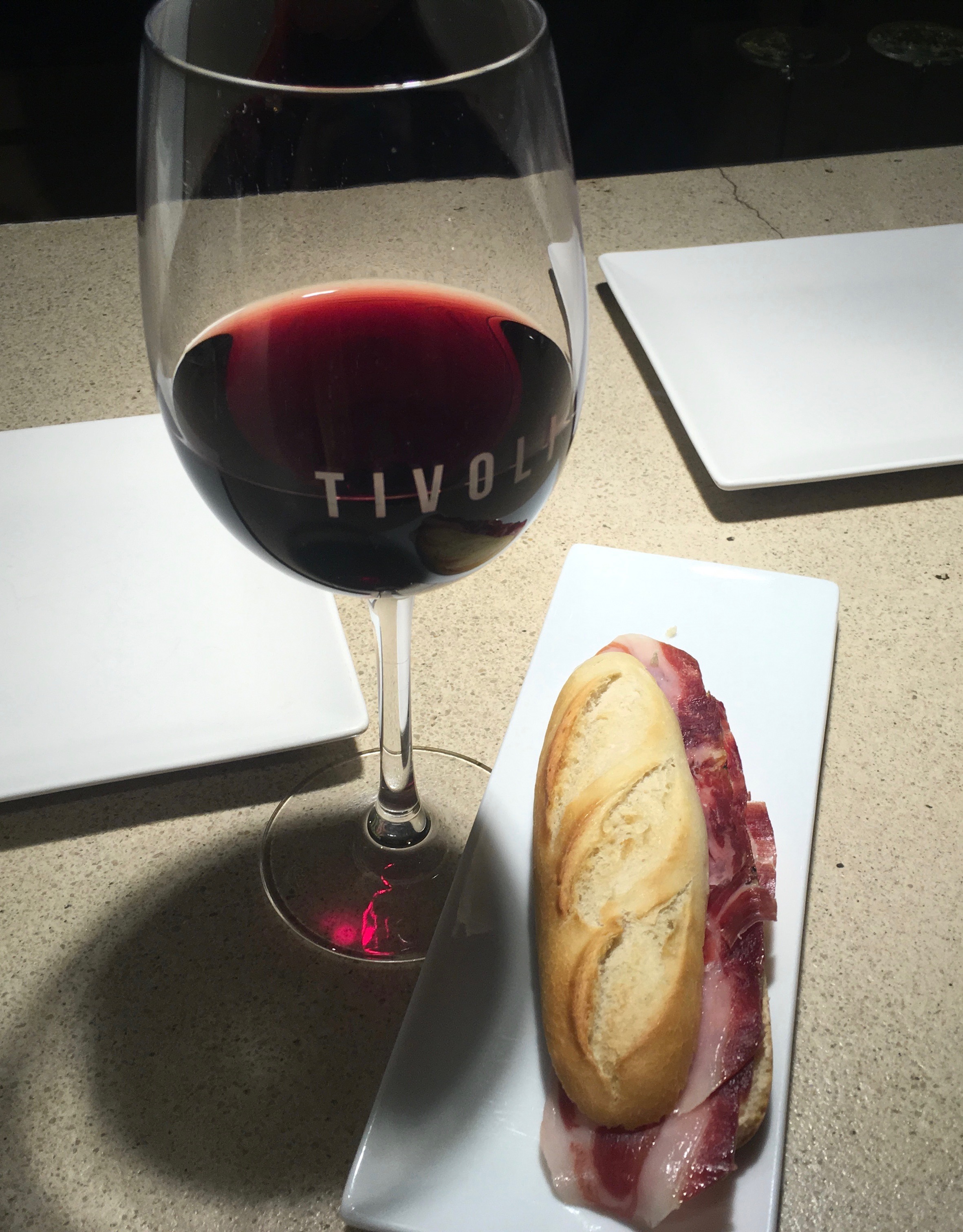 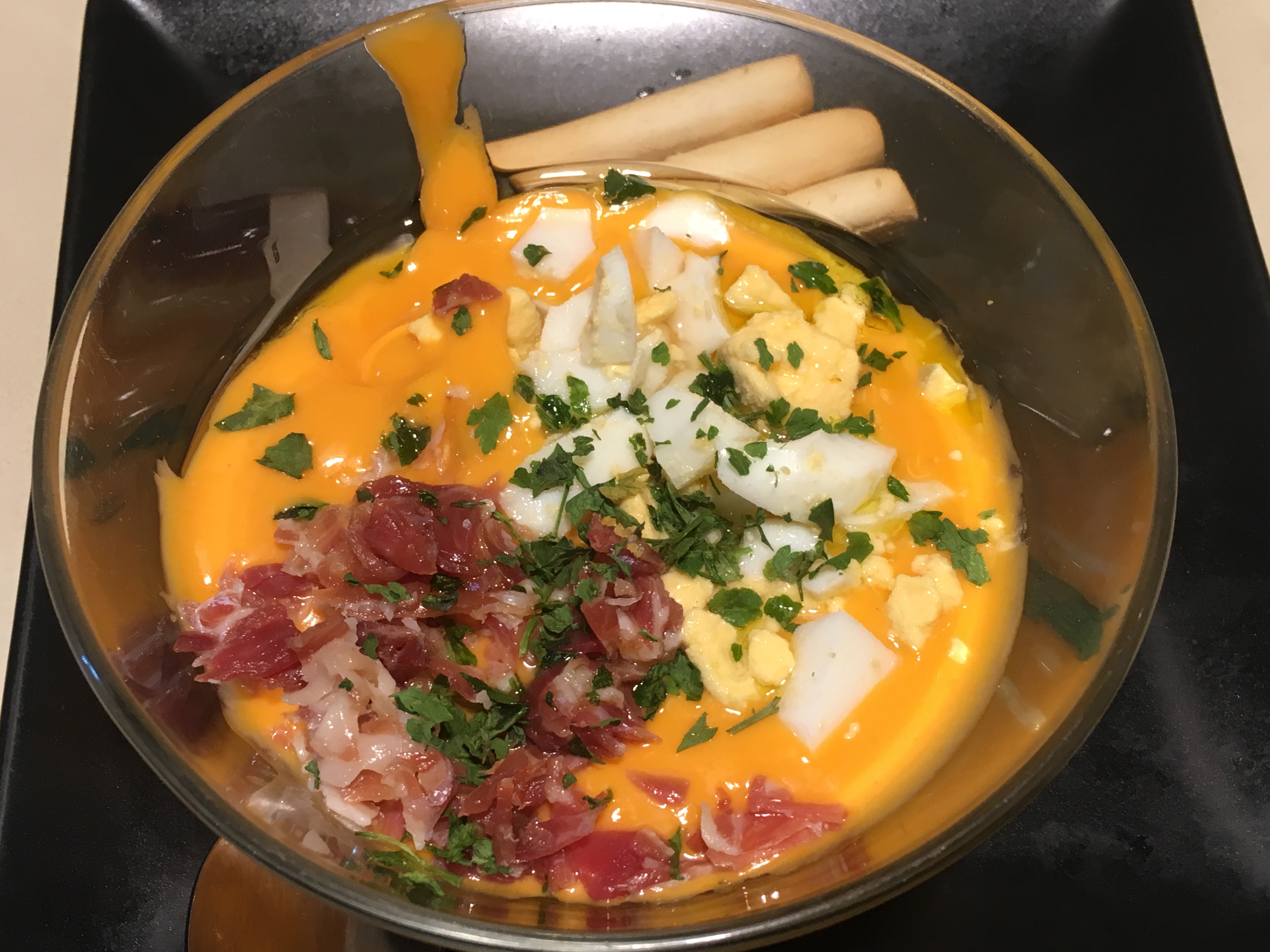 Patatas bravas – fried potatoes with brava sauce and aioli! Probably my favorite tapa ever, but be prepared to share. The portion size was huge and it’s super heavy. 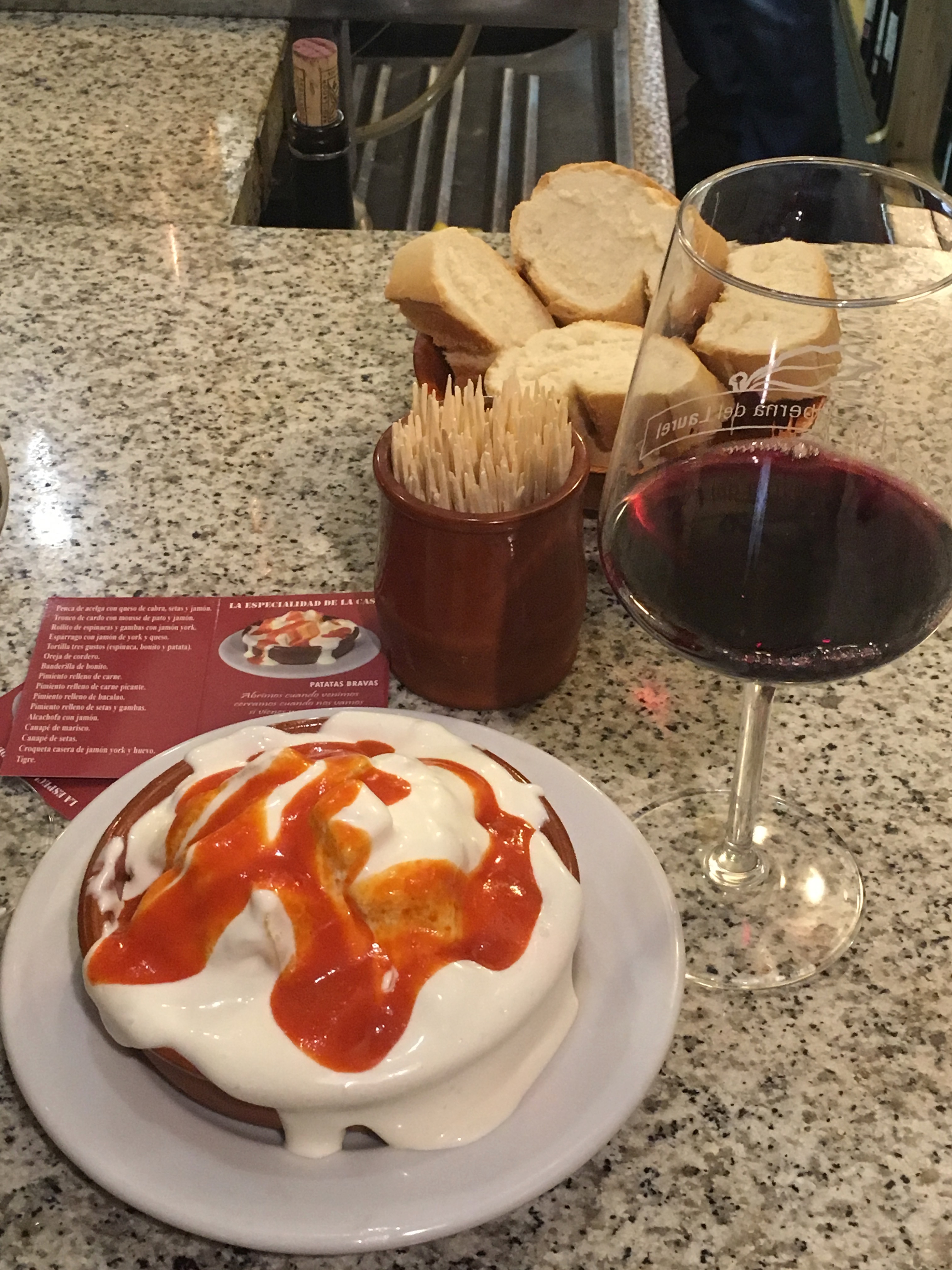 This bodega was located really close to our Airbnb, so we took a tour on Sunday before our bus home. It was incredible- for only €12 we had a detailed tour of the bodega, and at the end, we tasted two different wines (via a full glass) and enjoyed them with salchichon (a type of Spanish sausage) and chorizo, which they paired with the different wines.

I learned a lot about wine during this weekend, and it was so awesome to try the different wines with different tapas in different bars, never going to the same place twice. 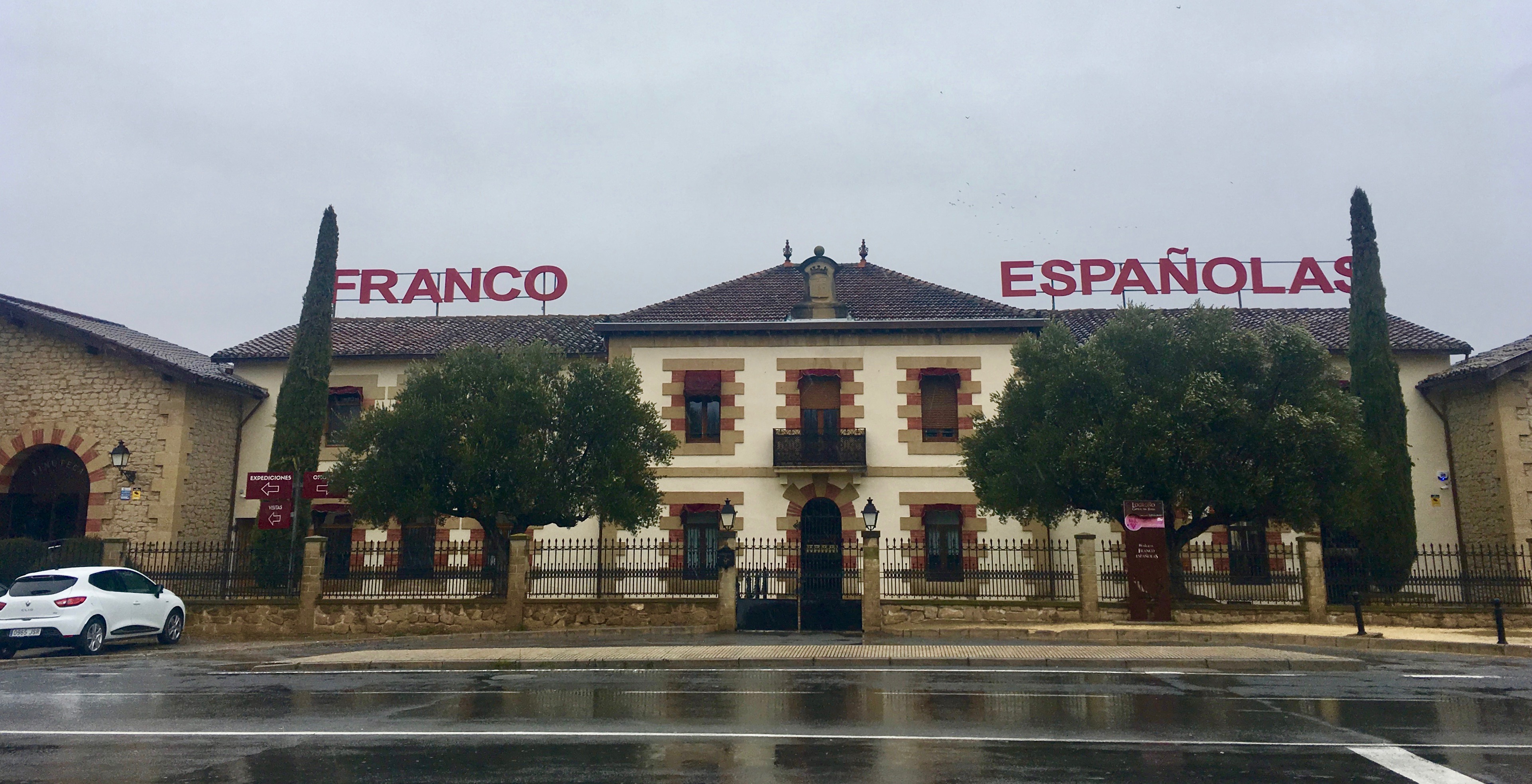 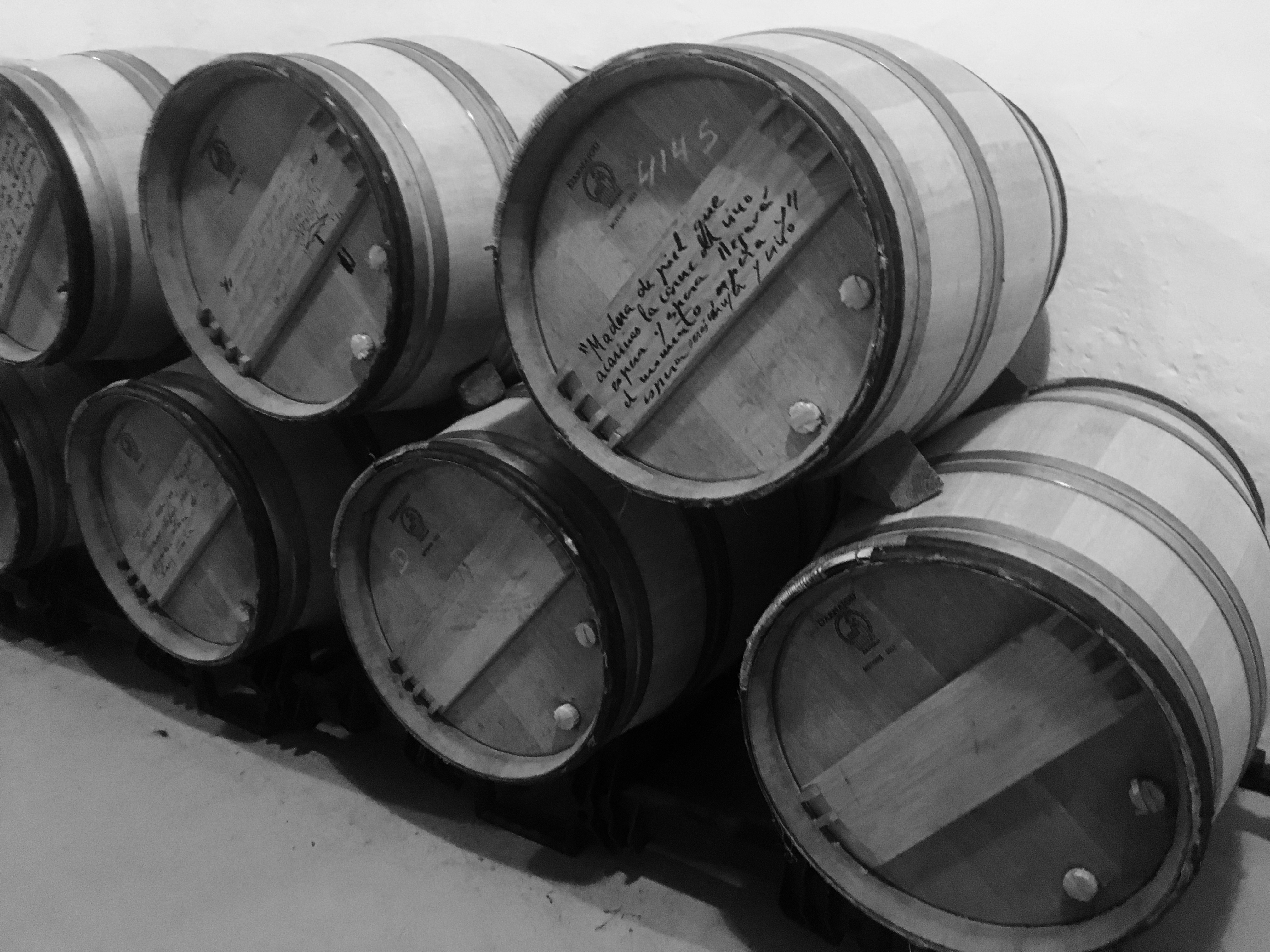 If you have any interest in learning about winemaking or just want to go and drink lots of wine for almost no money, consider exploring the bodegas and little cities of La Rioja. It’s a super easy trip to plan, especially if you are into laid back travel full of eating and drinking. 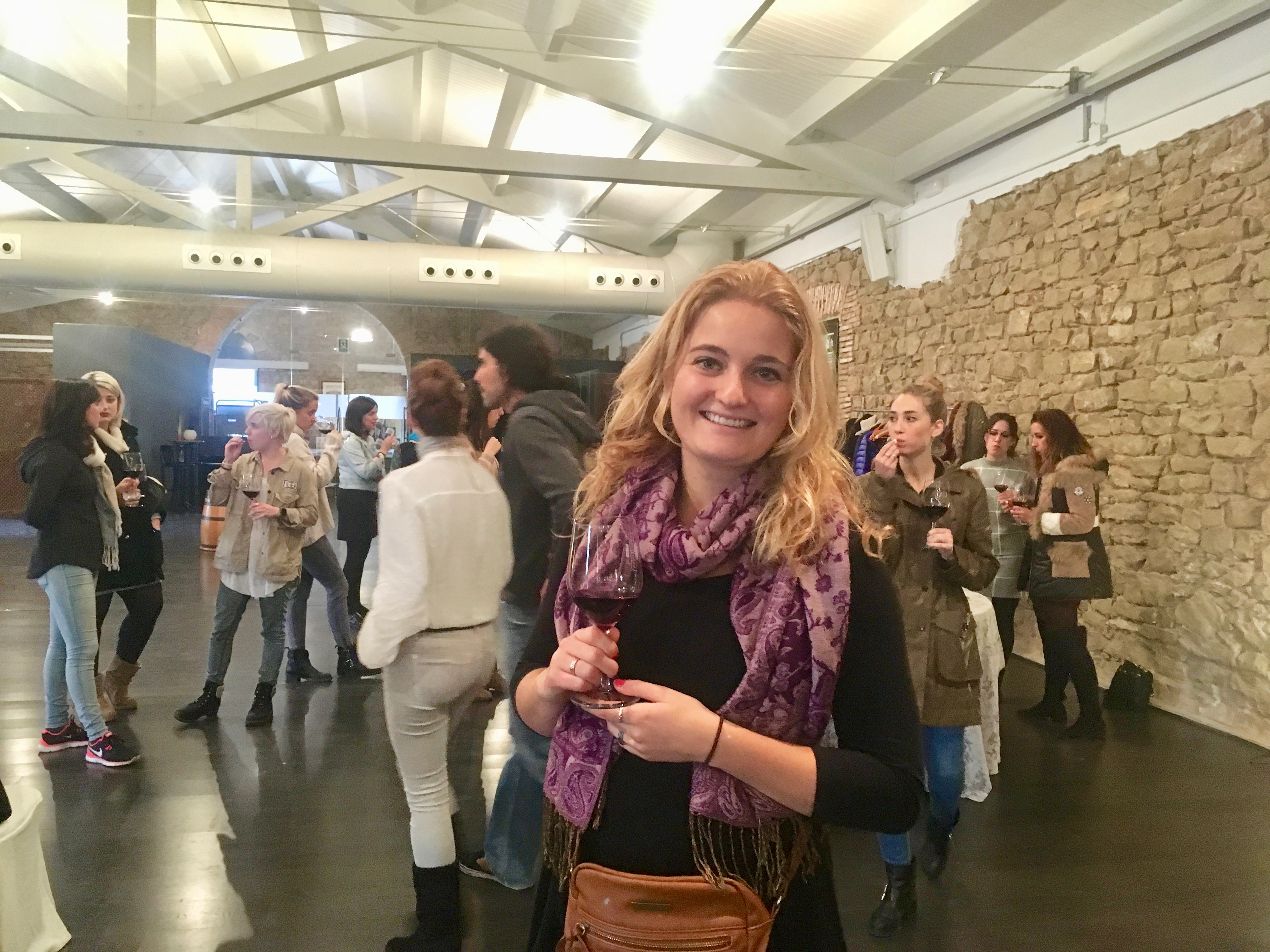 La Rioja wasn’t a bad place to be in during a rainy weekend – the weather doesn’t matter so much when you are inside eating and drinking. I would highly recommend it as a trip to explore a less touristy part of Spain and experience a huge component of Spanish culture. 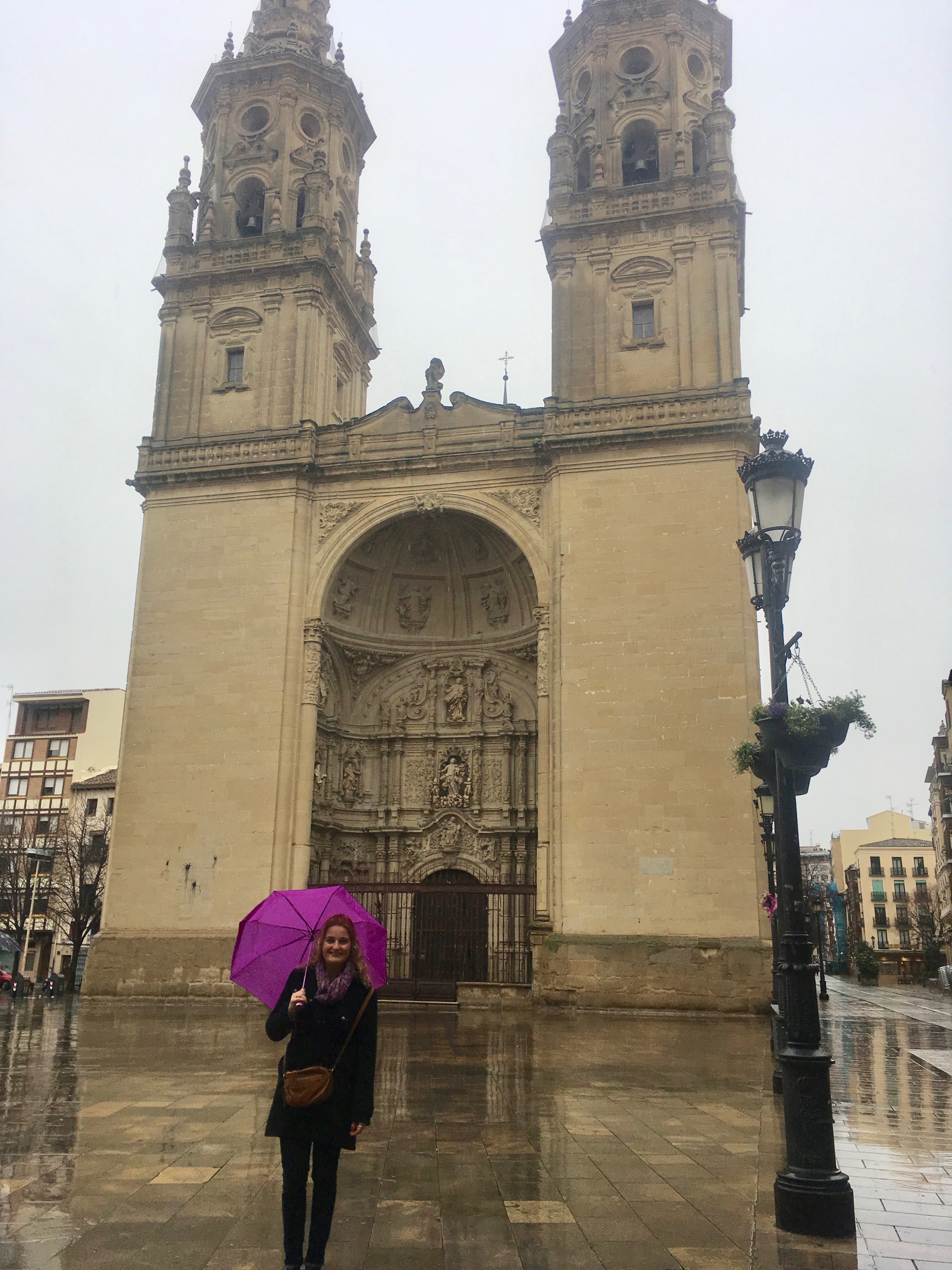 This article is now available as a mobile app. Click on this link to download the app for GPS-assisted travel directions to the attractions featured in this article.