If you are making a stop in Bucharest on your European travels, it goes without saying that you’re thinking about making a day trip to visit Bran Castle, also known as Dracula’s Castle, which is a day trip from the city. Another beautiful castle on the way to Bran is Peles, and being the crazy, ambitious, travelers that we are, we combined both into one huge day trip out of Bucharest. If you want to do the same – read on. I will explain in great detail how to do these trips on your own so you don’t have to shell out €80 on a guided tour (BECAUSE TRUST ME IT AIN’T WORTH IT!) 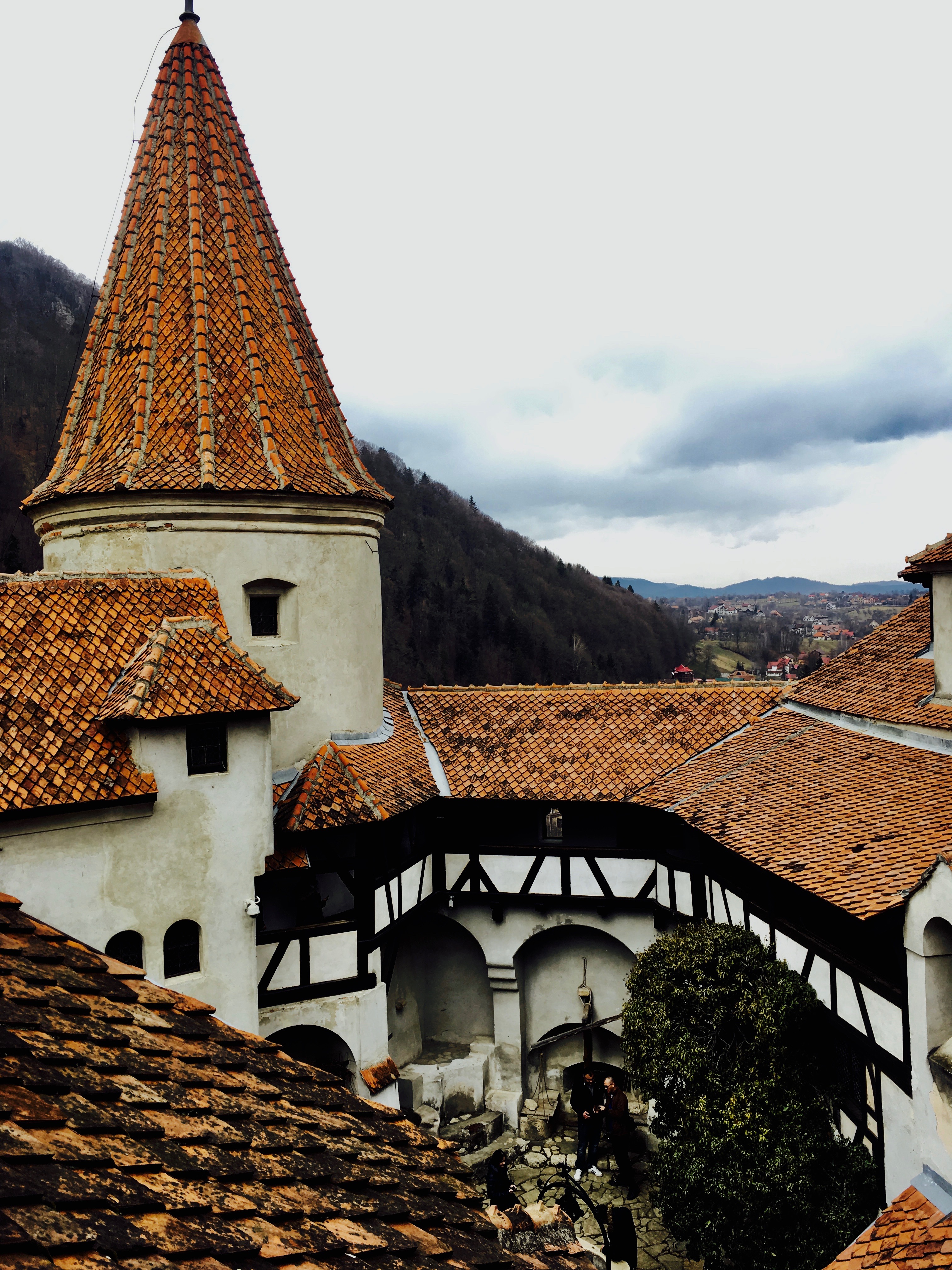 This is where we timed things poorly and had just missed one of the hourly buses to Bran, so to kill 40 minutes we drank in the tiny “bar” in the parking lot of the bus station. Nothing like cognac and whiskey at 10am – you’ll definitely fit in with the locals who frequent this dive. Quite the cultural experience. Got on the 11AM bus and made it by 11:40 to the base of the castle. 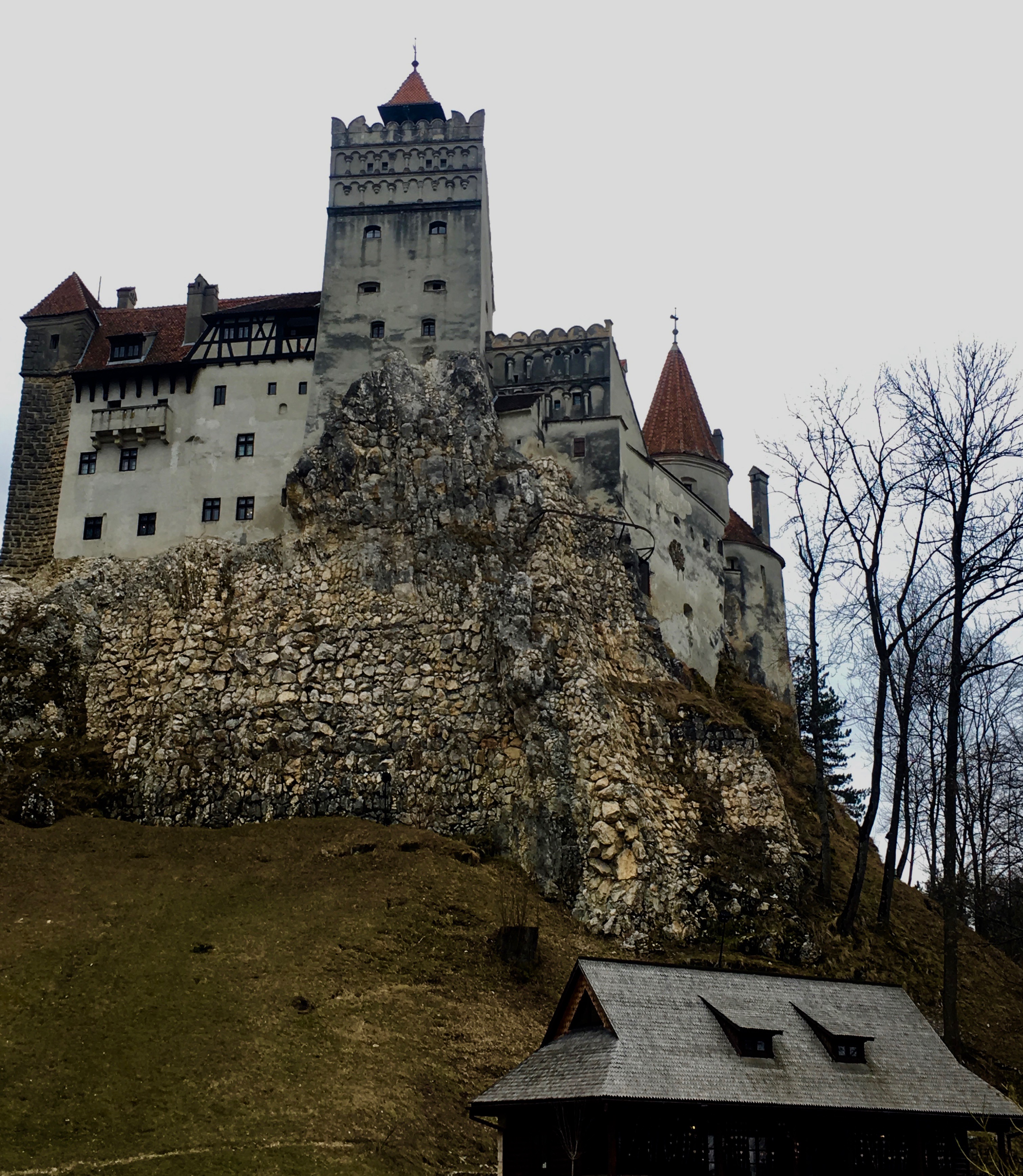 The bus to Bran takes about 40 minutes, it’s the last city the bus stops in. Once you are there it will be very easy and obvious to find the castle, and there are cool markets with vendors selling food and tacky souvenirs everywhere. Before heading back to Brasov to catch the train to Sinaia to see Peles we grabbed some food from the market 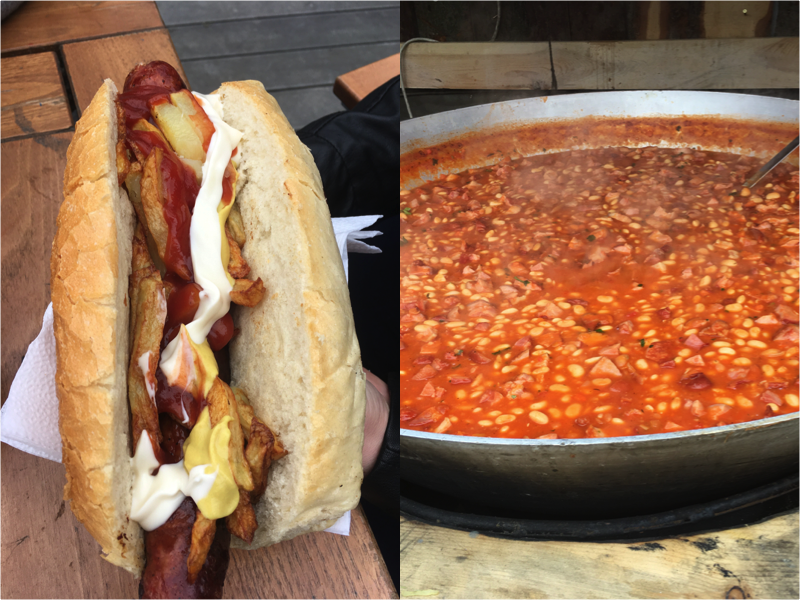 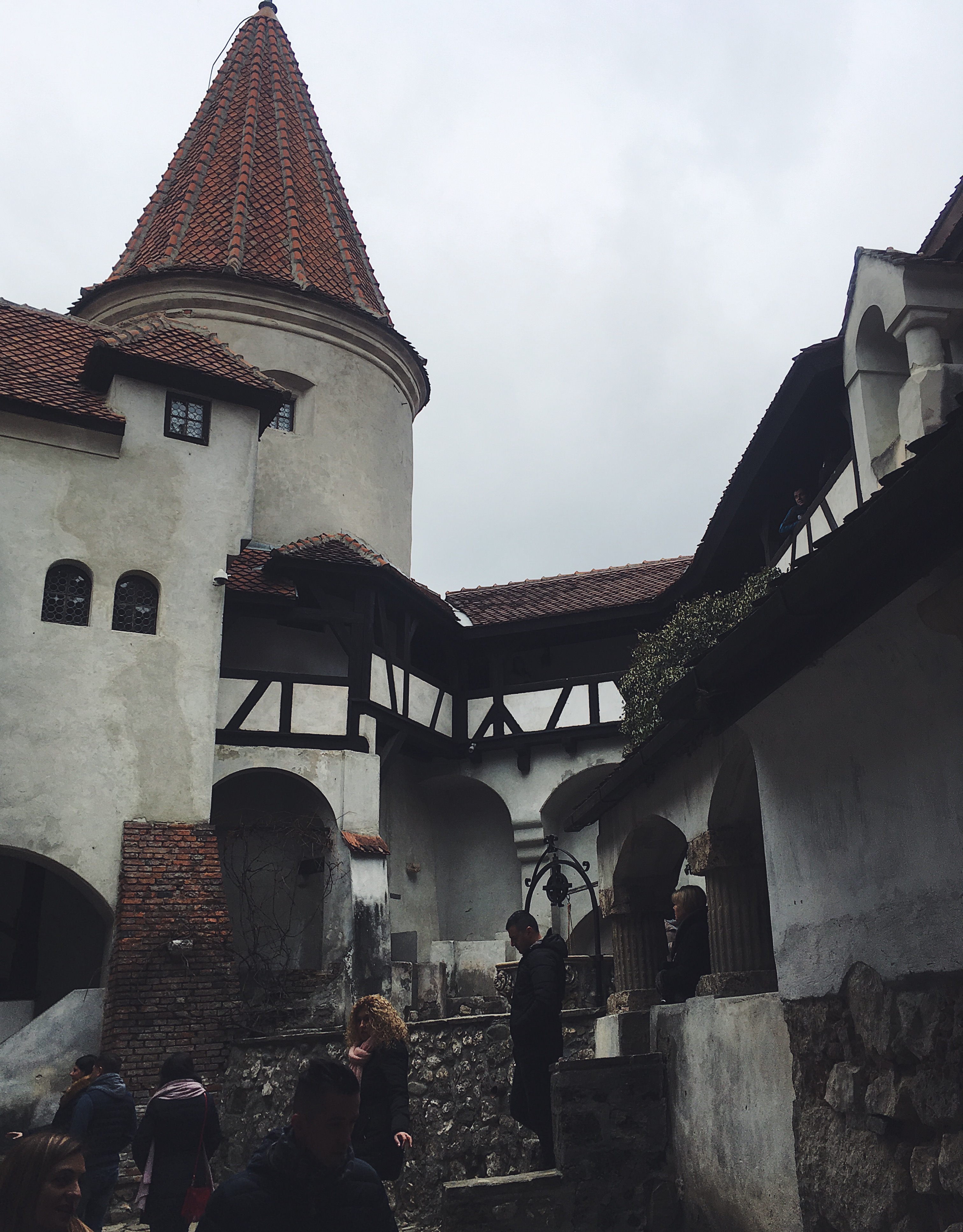 We paid the 10 lei (€2.20) to get into the castle but did a self-guided tour since we didn’t have a ton of time. We walked through, took our pictures in and around, then grabbed a bite to eat in the market before catching the bus back to Brasov to start making our way to Sinaia to visit Peles Castle.

To get to Peles Castle – head back to the train station in Brasov from the bus station (bus 23 again) and buy a ticket just to Sinaia (these were much cheaper, about €3 per person) and again make sure it is an IR train. 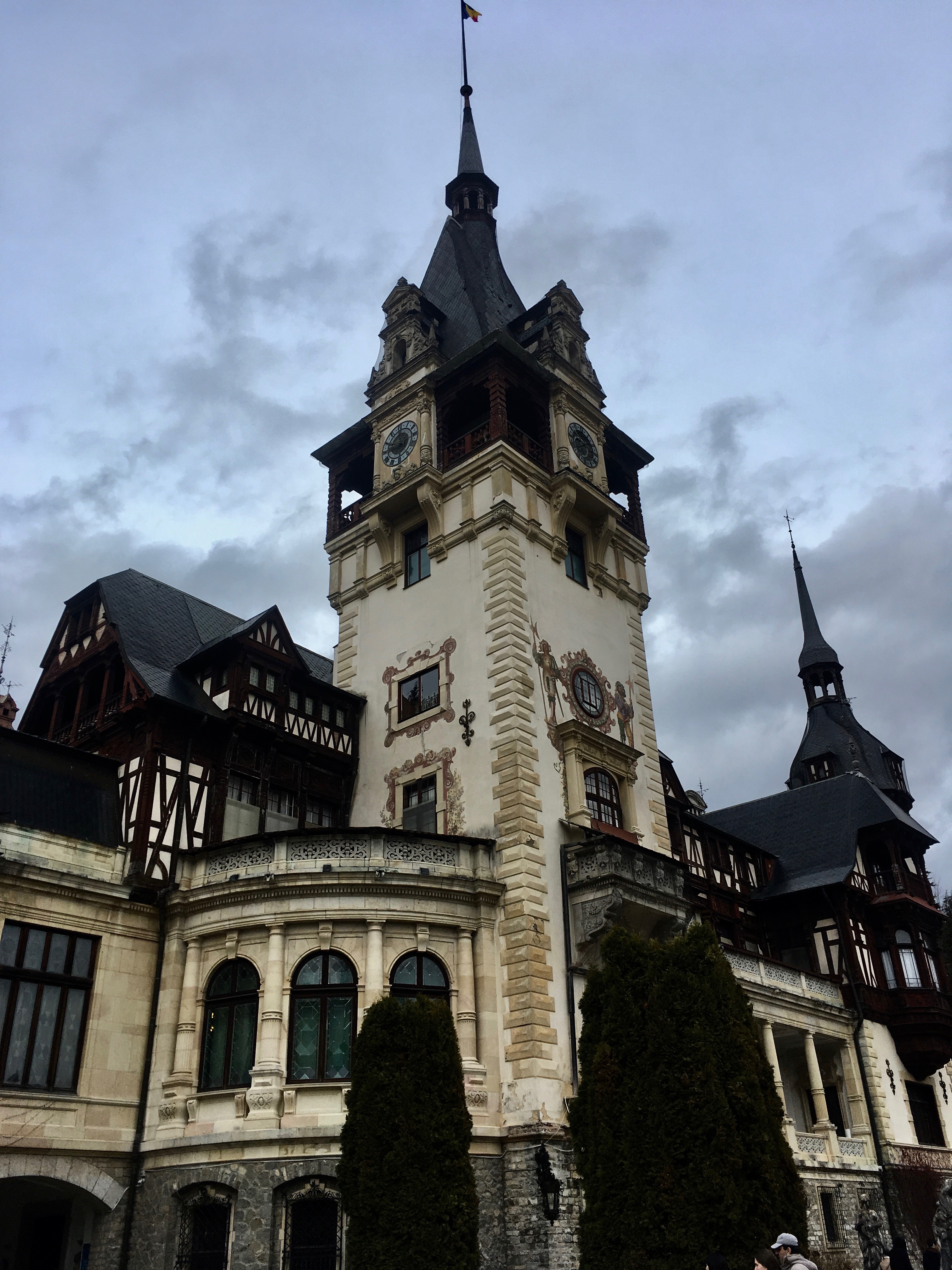 Get off in Sinaia, exit the train station and walk across the street and climb up the stairs. You’ll come to the super cute little city of Sinaia where there are lots of bars and restaurants, and if you follow the signs and continue walking (up up and away) you will make it to Peles Castle.

The tour cost about 7 lei and took 30 minutes. No photos are allowed inside the castle unfortunately, but believe me when I say it is BEAUTIFUL! – You can look up some interior pictures on Google Images

We had a late lunch/early dinner here after finishing all the tours and running around for the day. It was a traditional Romanian restaurant, and despite being in a touristy town, it was still super cheap and amazing food. 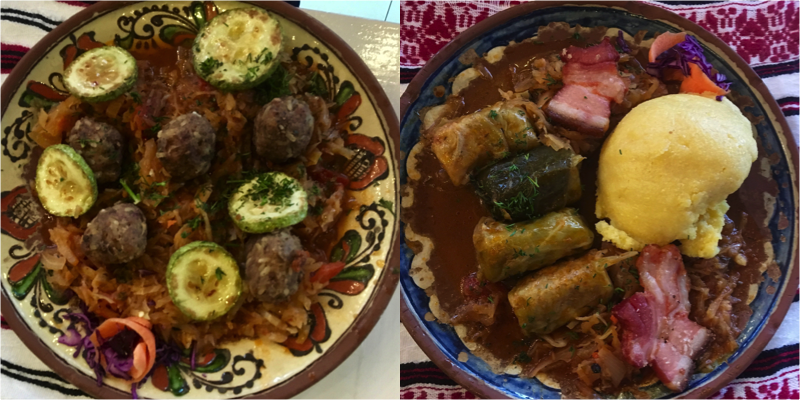 If you don’t want to have a rushed day and would rather choose one castle to spend more time at – GO TO PELES CASTLE! Forget all the tourist BS and stories about Dracula/Vlad the Impaler. Bran Castle is so underwhelming and a much bigger pain to get to. Peles Castle is beautiful and the surrounding town of Sinaia is awesome to walk through and eat in, there are so many restaurants and cafes to choose from. Bran was cute, but it was really small and far more touristy and tacky. I couldn’t recommend more to skip Bran and go to Peles. 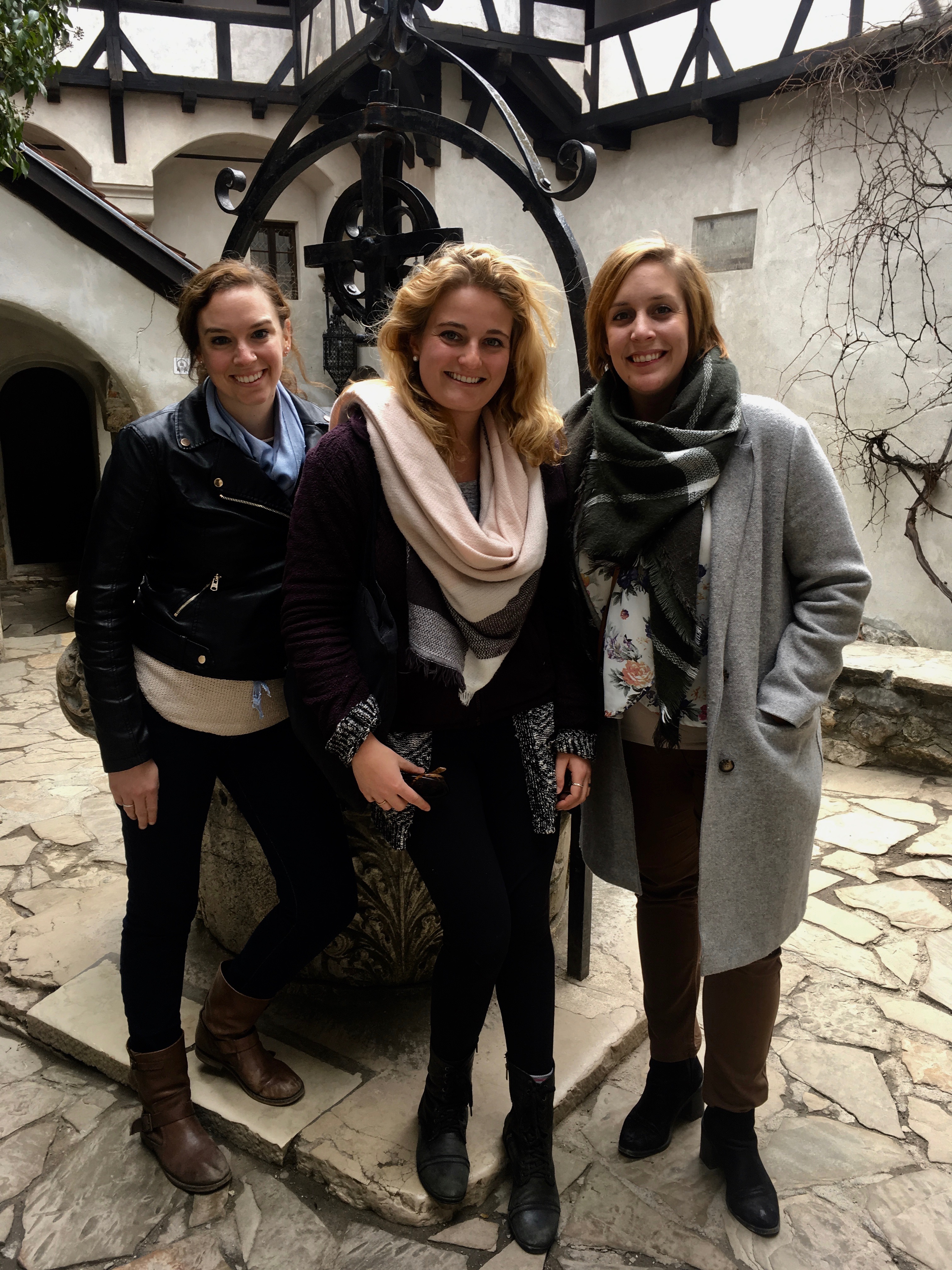