Another long weekend for us English teachers in Spain meant another opportunity for a quick trip to another country – and this time we ventured east to Romania for three days! Intrigued by stories of Dracula-esque castles, the recent history of a communist dictatorship, and the juxtaposition of beautiful, neoclassical historical buildings next to Soviet Brutalist architecture, we packed our tiny backpacks and set off for a weekend of adventure. 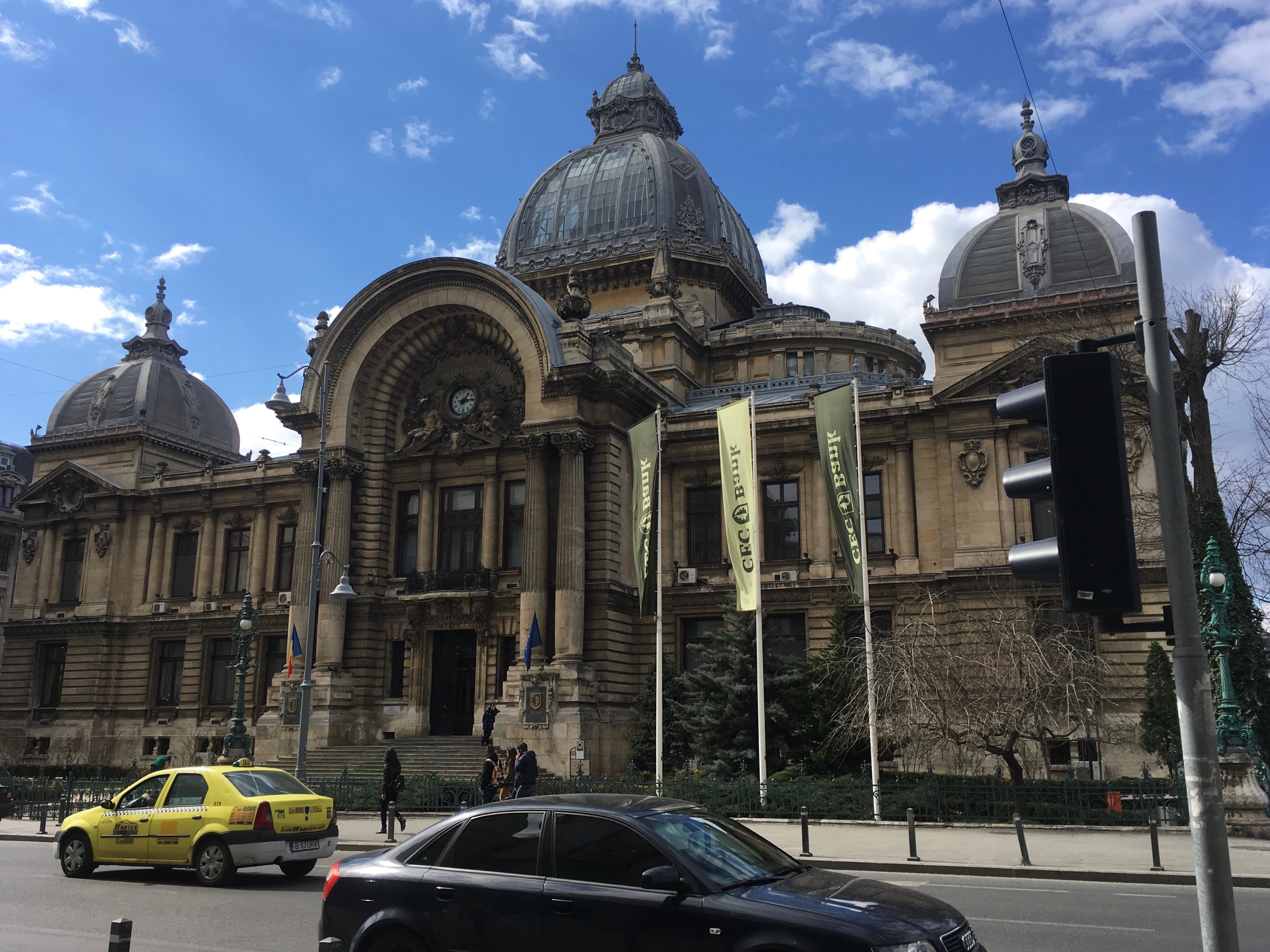 A huge shout out to my friend Niko who gave me lots of specific advice on what to do, where to go and what to EAT while in Romania! He basically planned out our trip for us super last minute 🙂

Wizz and Ryanair both have frequent flights connecting Bucharest with Western Europe. We snagged a super cheap flight with Wizz Air – and this trip was my first time flying with them. Their customer service was surprisingly good for a budget airline, but be forewarned the typical rules apply – you must print off your boarding passes beforehand and check in with a desk agent to get your bag approved for the cabin. NOTE – one thing that differs from Ryanair is that their luggage restriction is more strict – a bigger “backpacking” rucksack will cost you (€40!) to carry on. A smaller, everyday school backpack is okay – so be prepared to pack light if you don’t want to pay!

Top Things to See & Do in Bucharest, Romania

Palace of the Parliament

Even if you aren’t really into tours of government buildings, I would definitely say this one is worth it. Bucharest has the largest parliament building in all of Europe. The tour was two hours long, and we only saw 5% of the building. It’s enormous! It was an interesting tour and was relatively inexpensive, I believe about 7 euros per person, and they do give a student discount! 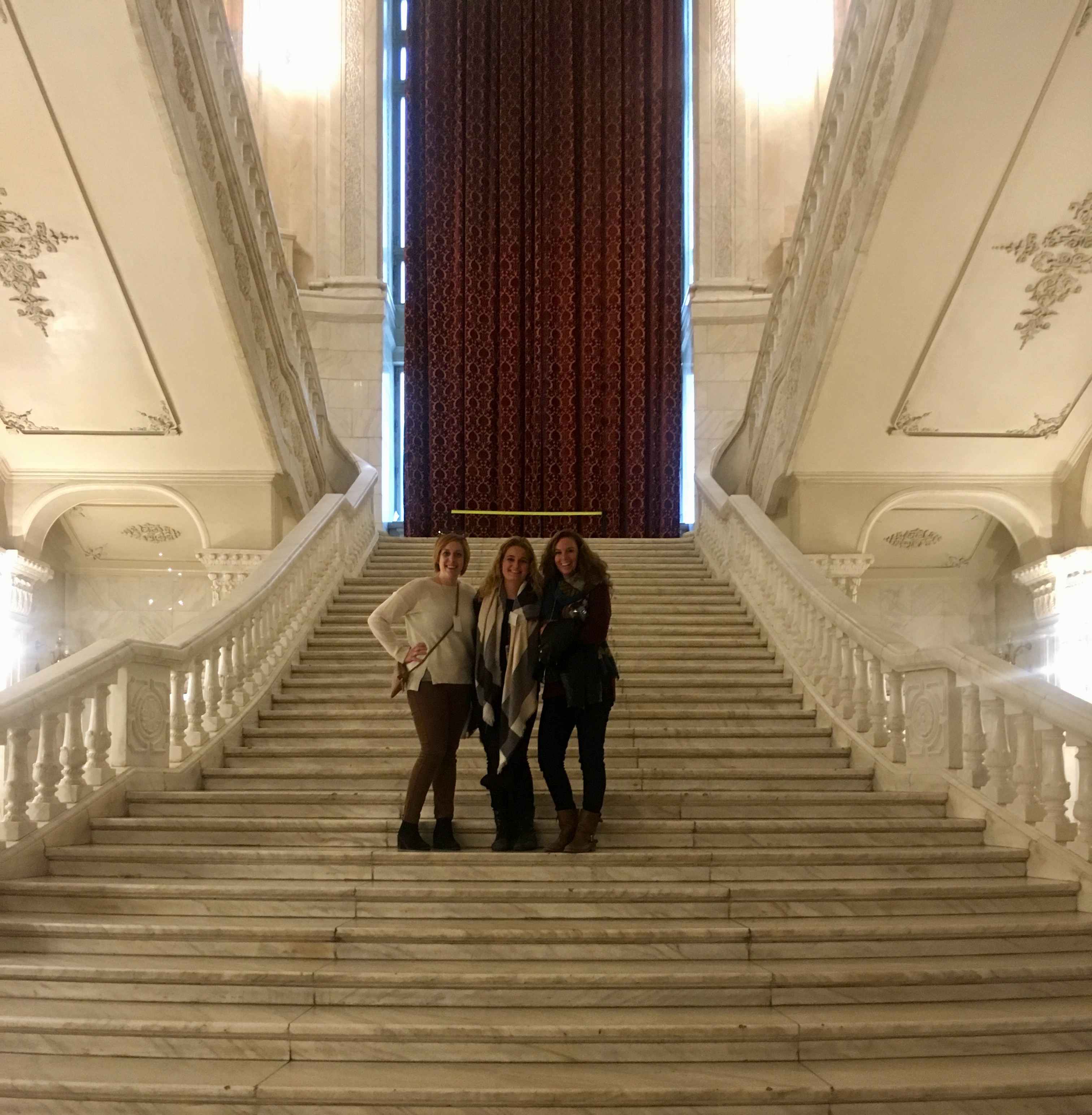 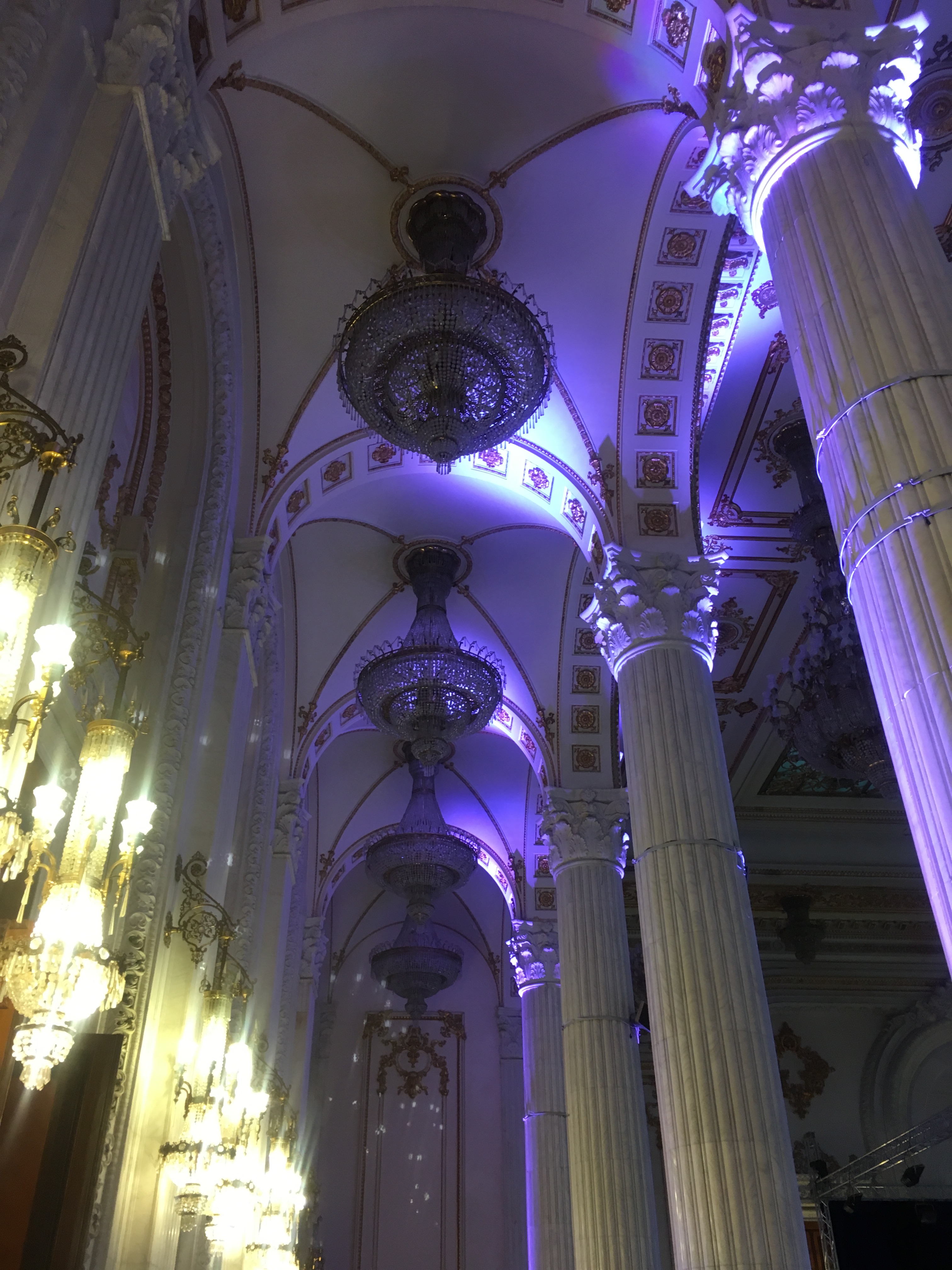 Located right near the Palace of the Parliament is this lovely park that we took a stroll through. It isn’t incredibly impressive or interesting, but we bought snacks at a local grocery store and took a walk, and we saw a man who had brought out his cat and put it in a tree to give it some freedom… pretty amusing. 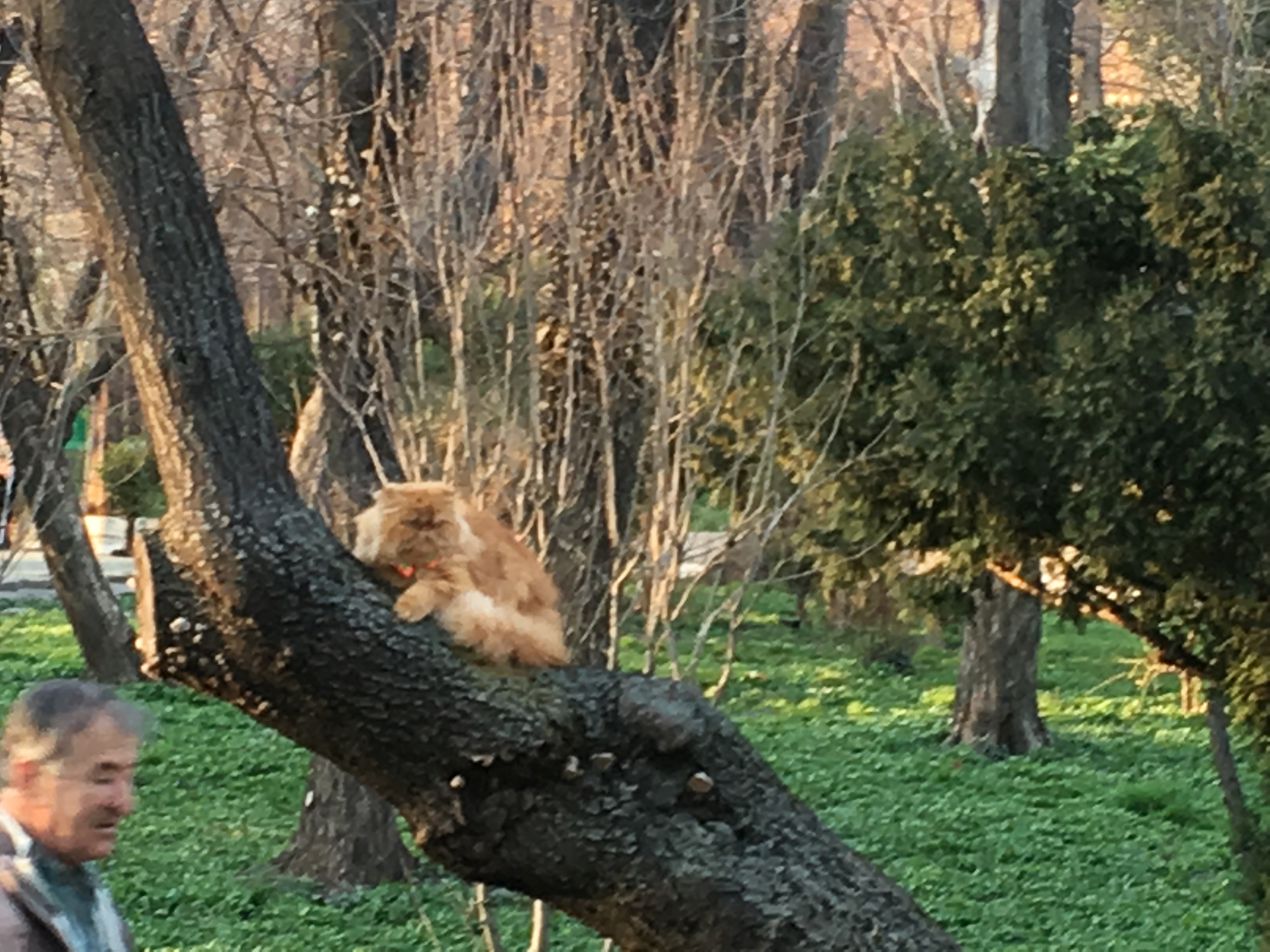 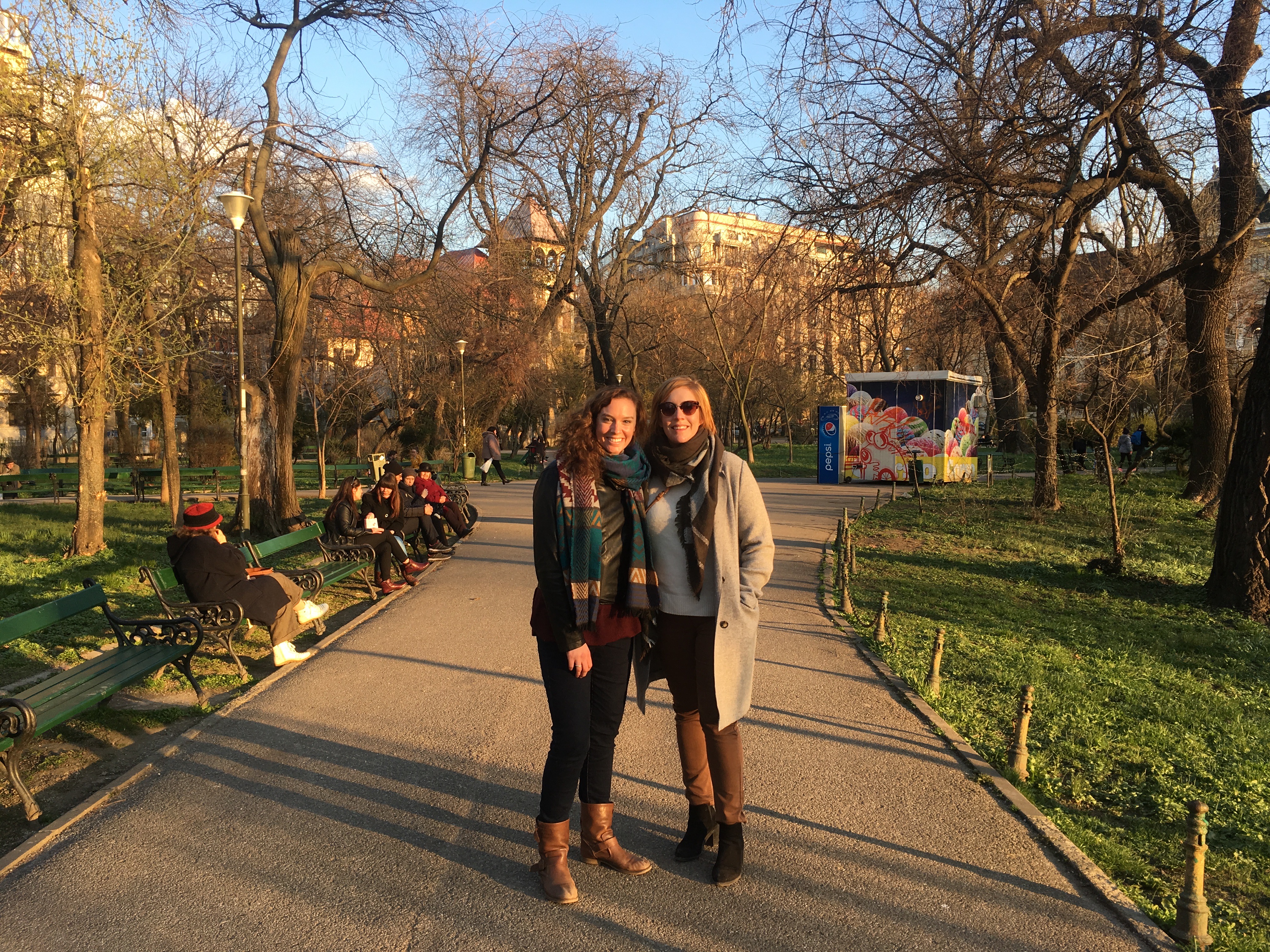 A classic arc of triumph building at the center of a roundabout on Kiseleff Road, commemorating Romania’s gain of independence in 1878 from the Ottoman Empire. We walked here on our way to the airport and then caught a cab, as it was the perfect last attraction to see – in the direction of the Bucharest Airport. 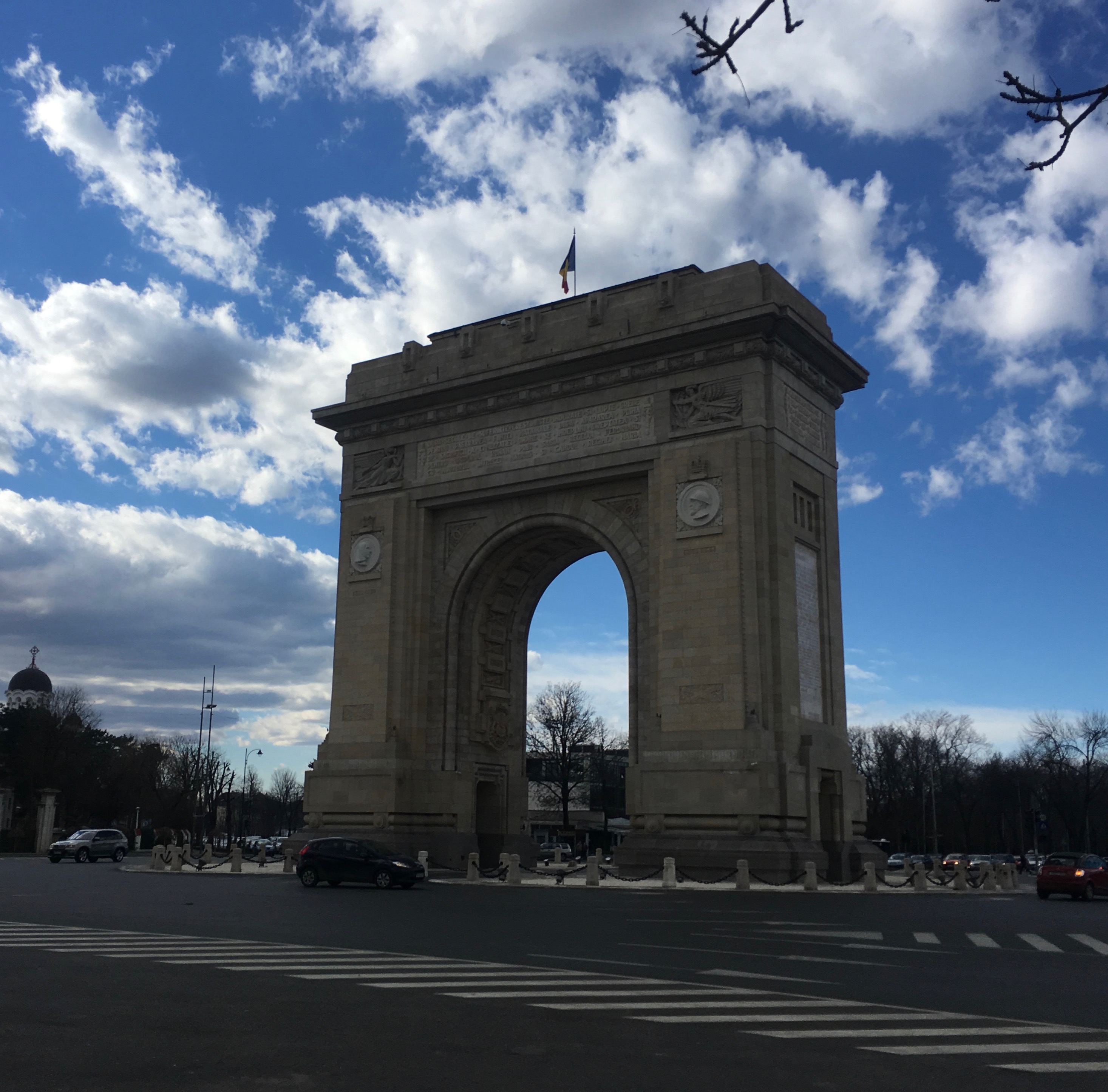 Statue of Trajan and She-Wolf 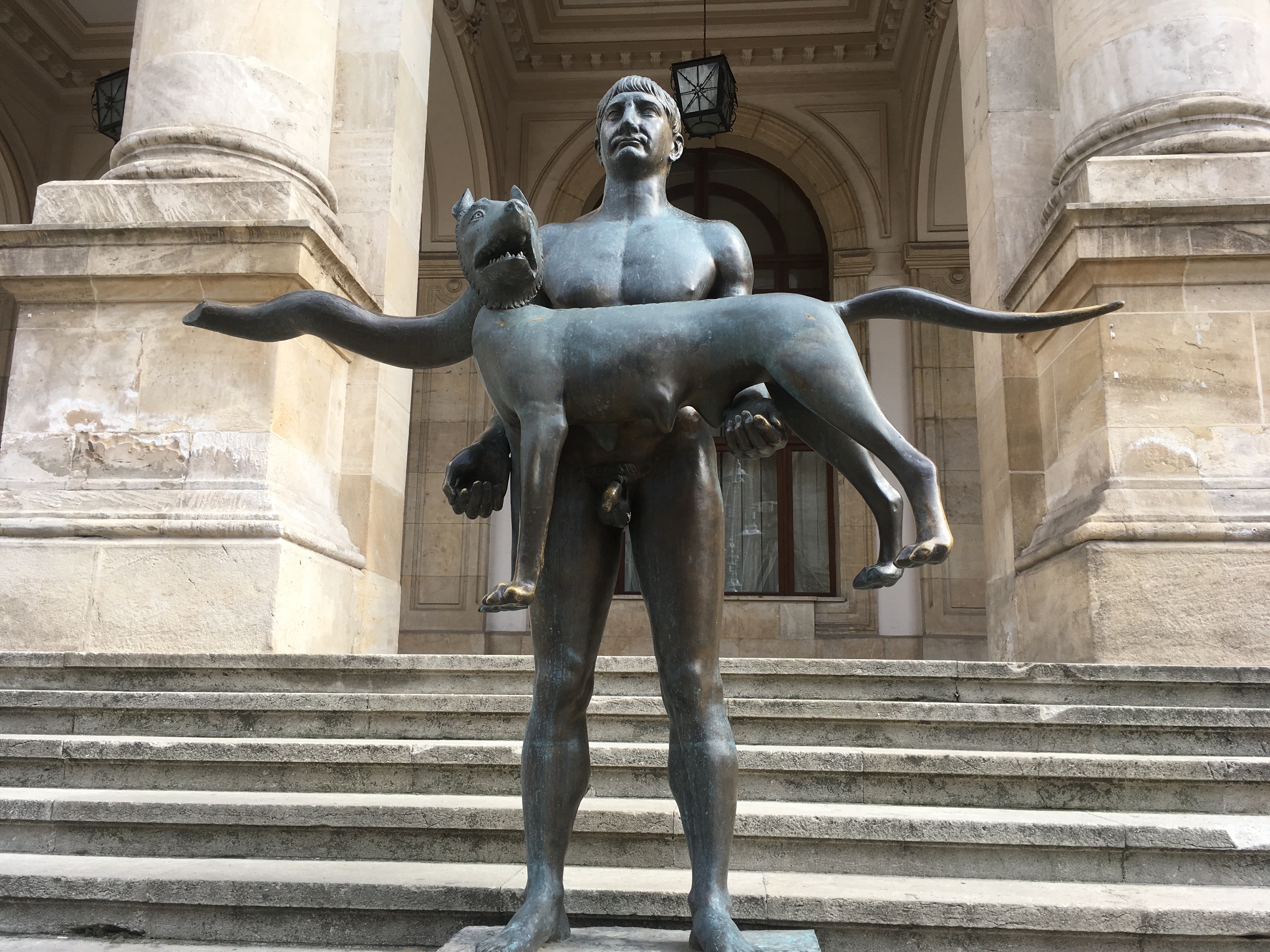 Restaurants and Bars in Bucharest, Romania

Right in the center of Bucharest is this very famous, incredibly delicious restaurant. The menu is huge, and we tried quite a few things while we were in Bucharest (we visited this place twice in 3 days!) and everything we had was on point. It is an iconic restaurant on Stavropoleos Street, first opened in 1879. 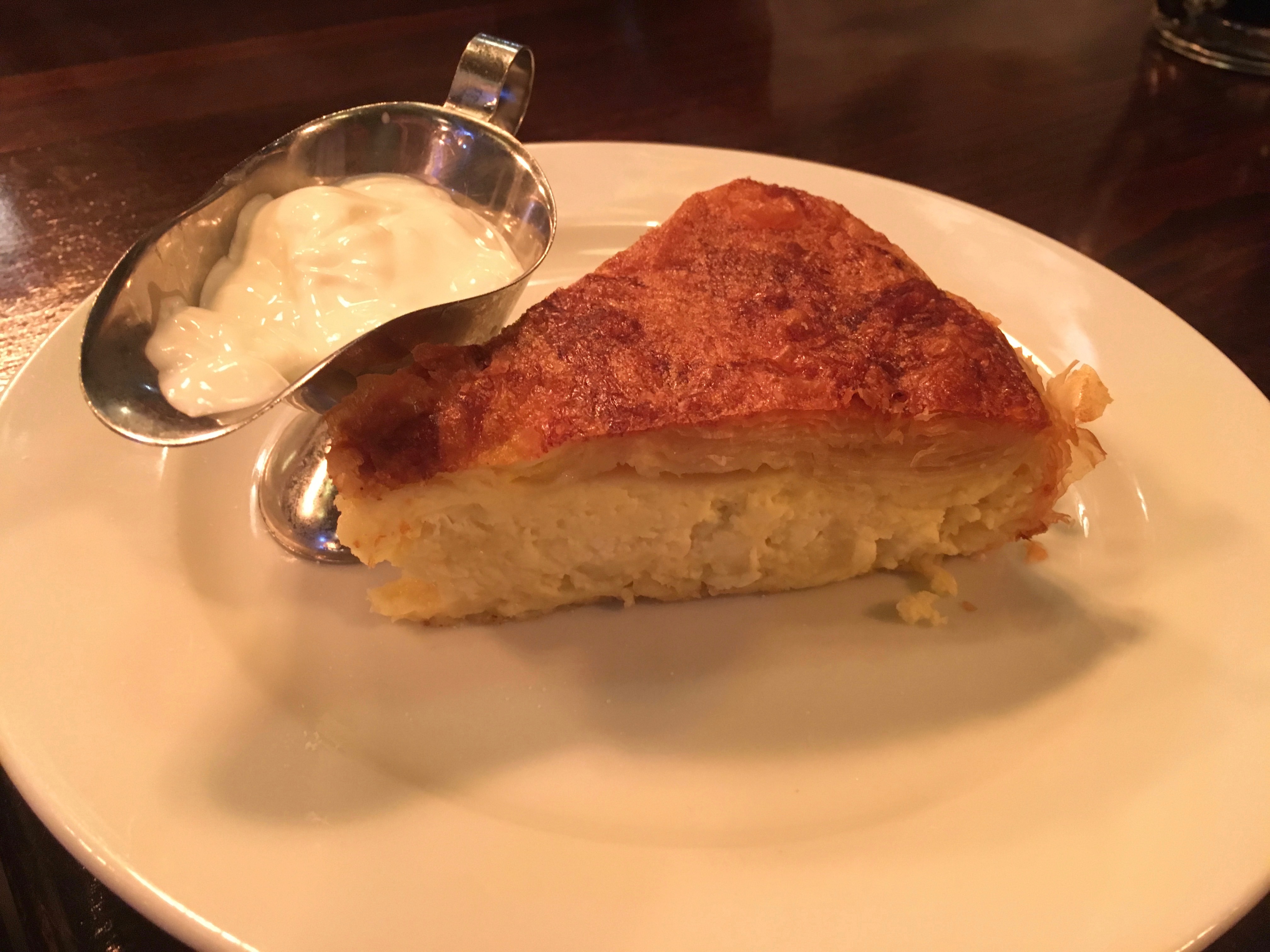 A savoury cheese pie – not sure the official name but it was incredible! 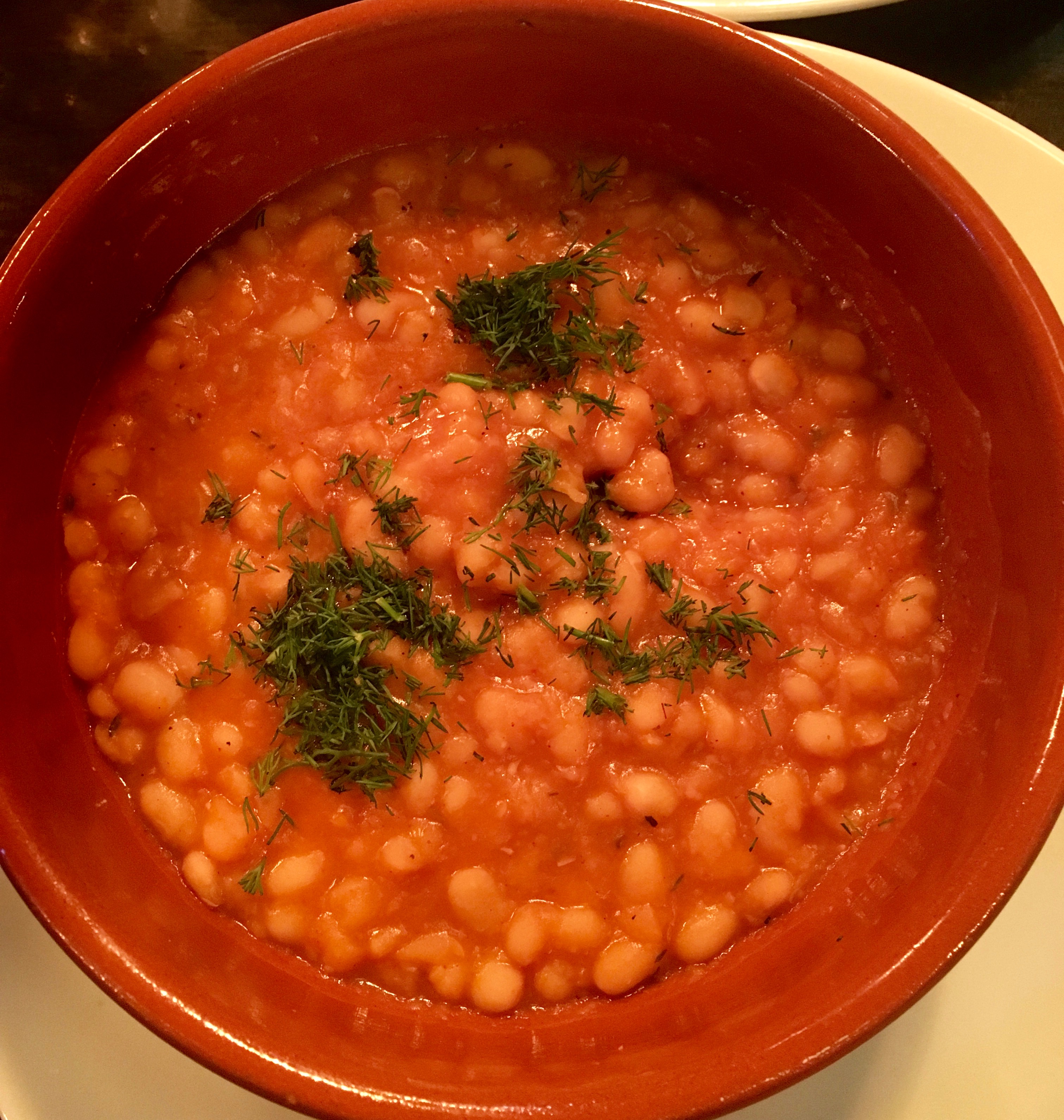 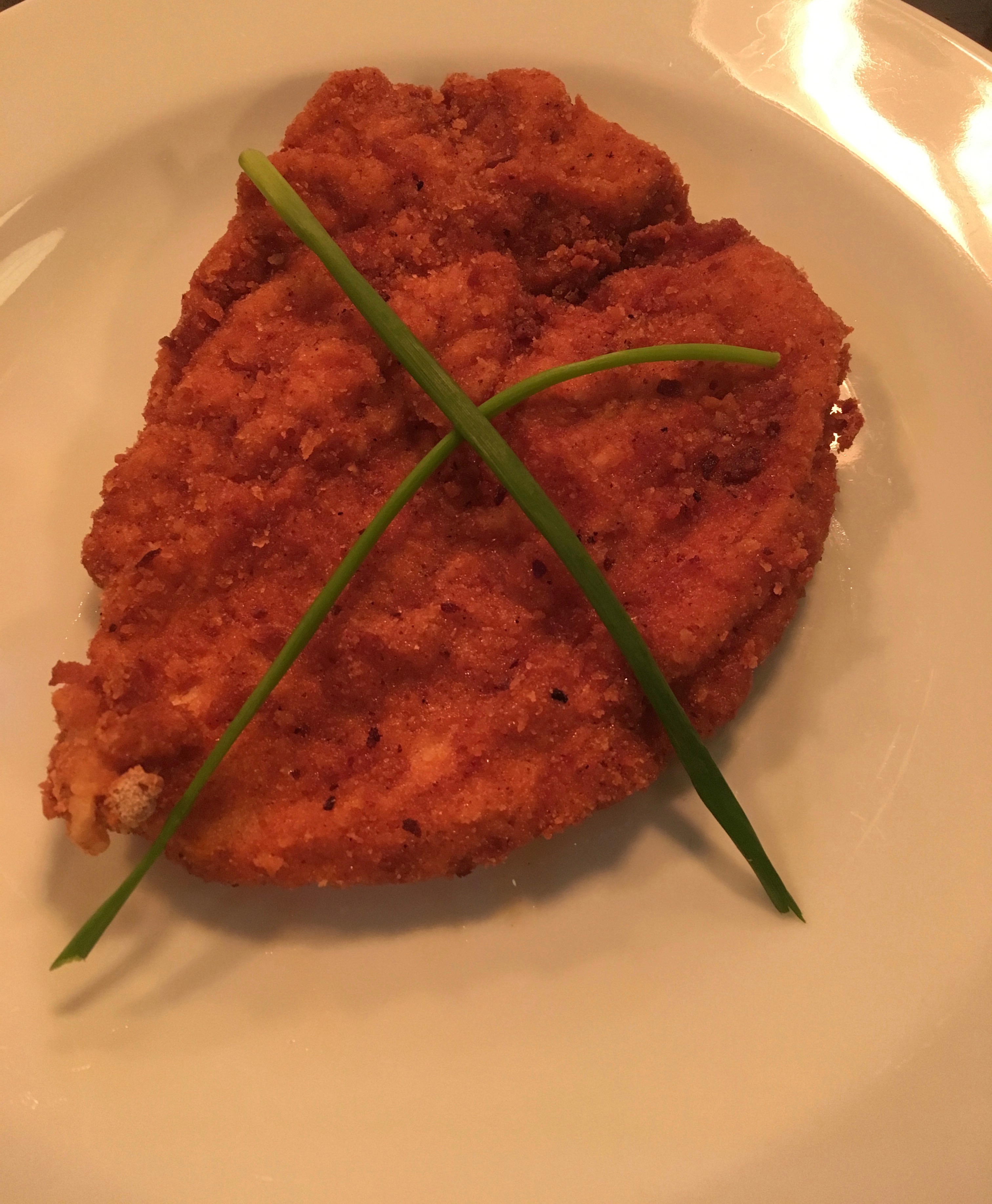 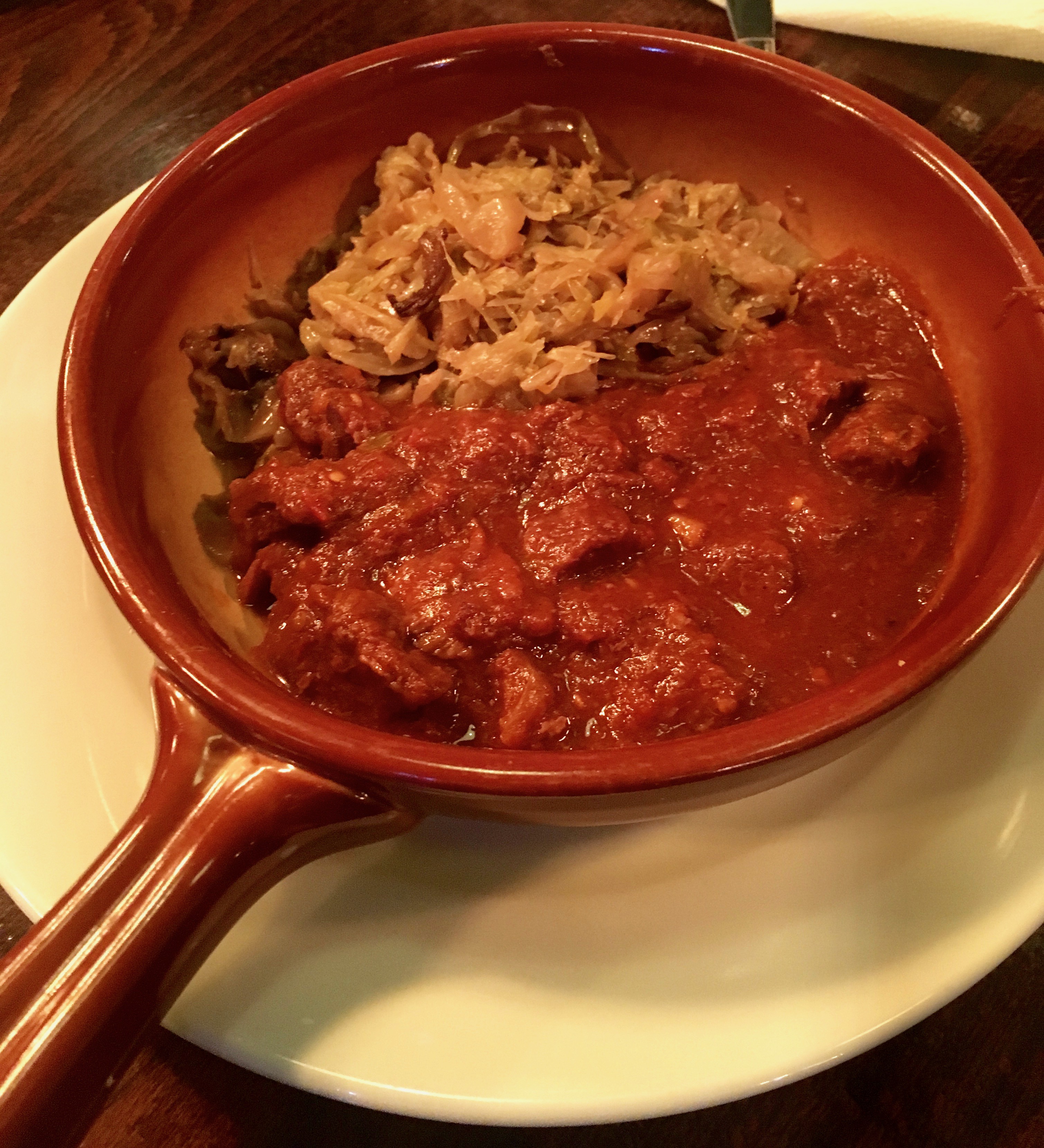 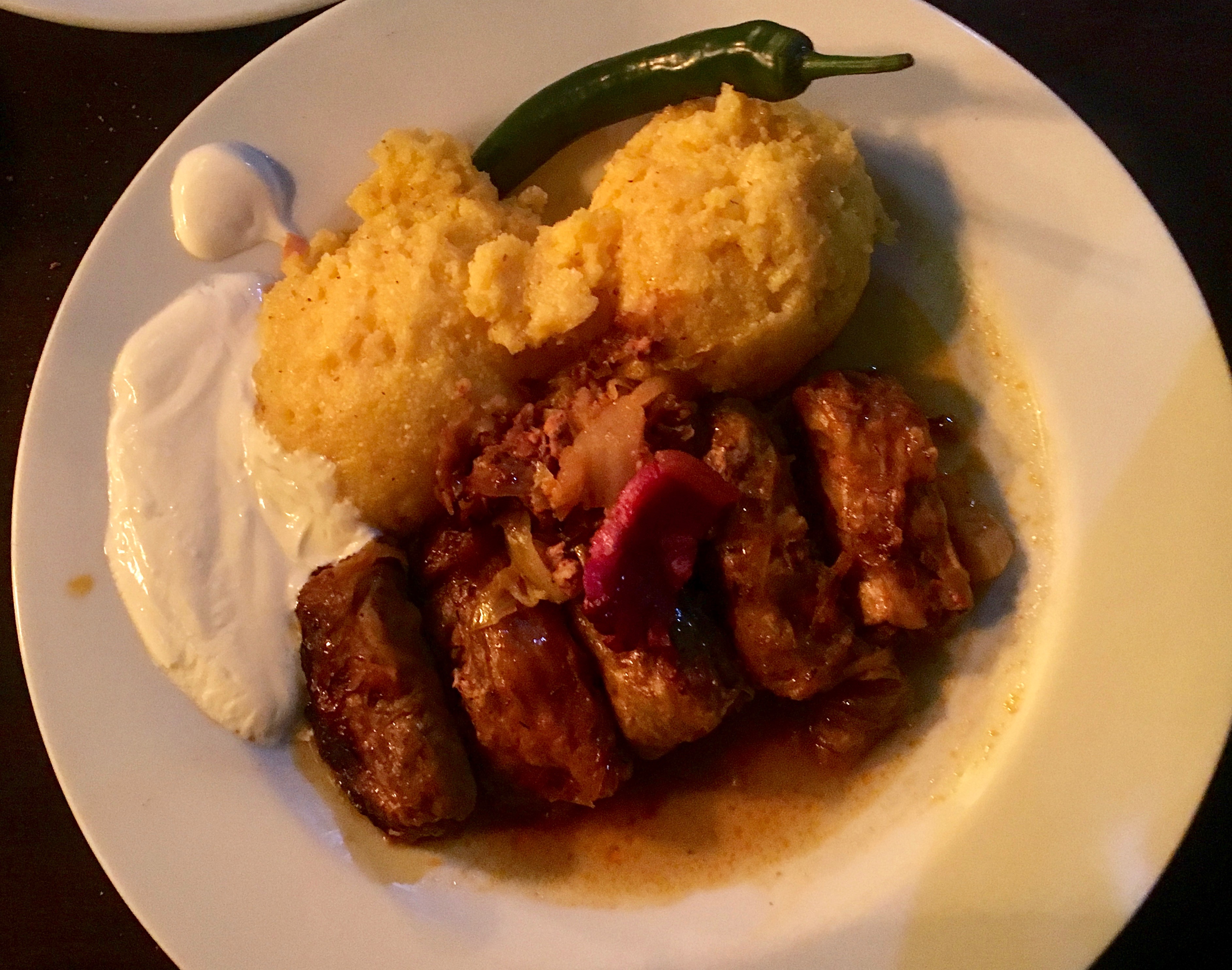 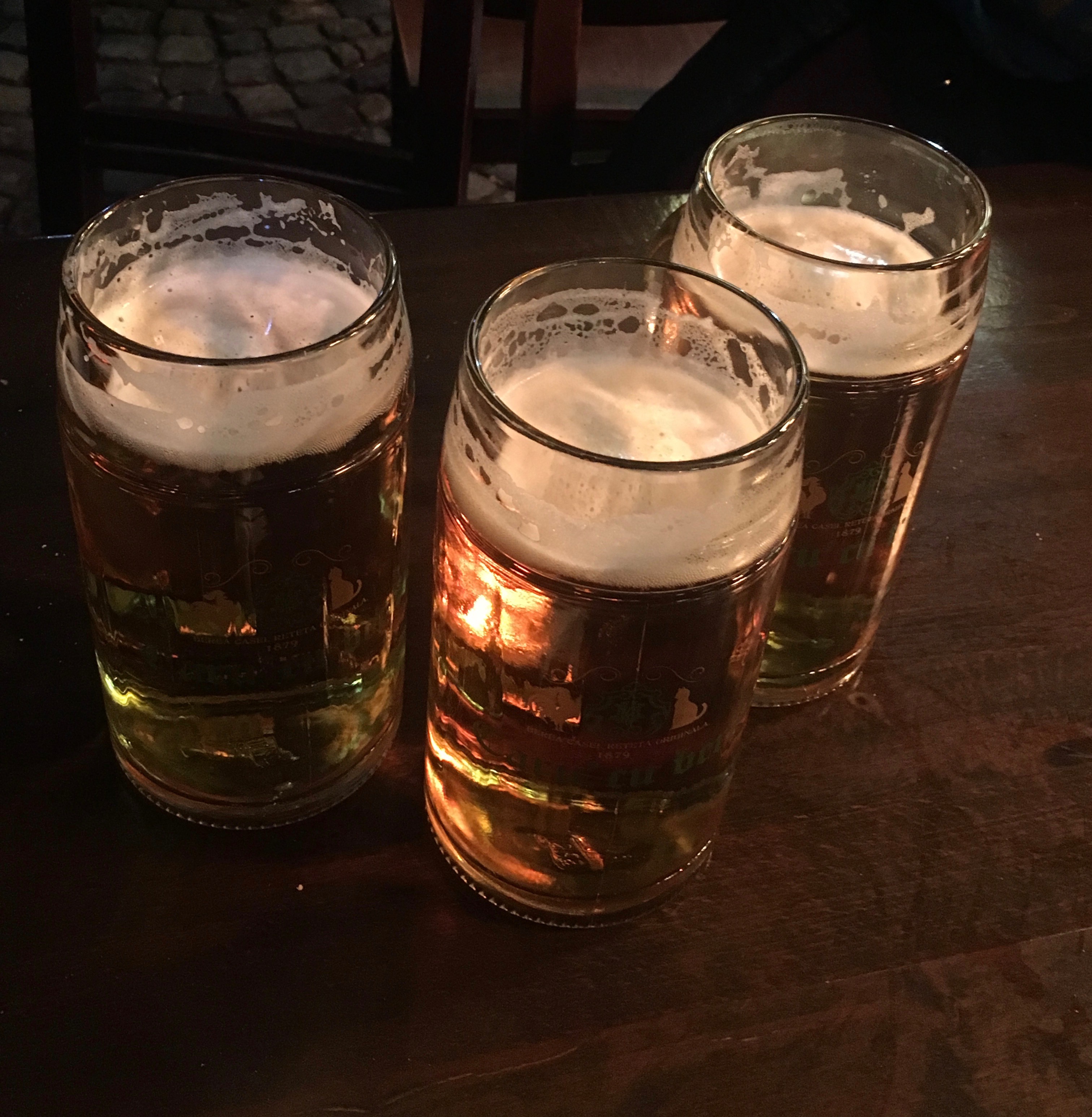 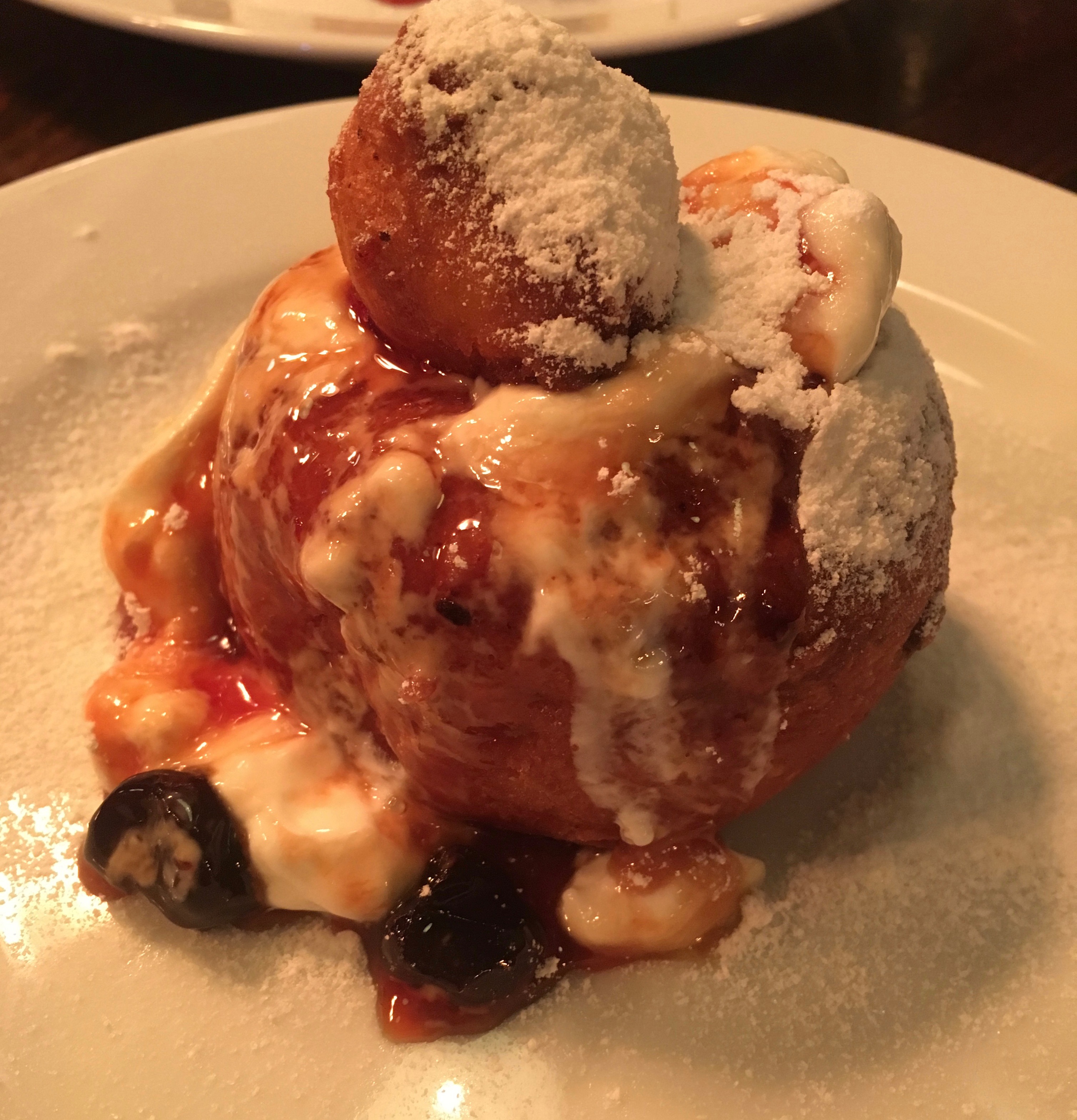 Since our flight had gotten in super late our first night (er, morning?) in Romania, we were in desperate need of a caffeinated pick-up. Ted’s Coffee in the main university square was the PERFECT way to start our day. Their lattes were elaborate – tiramisu complete with lady finger cookie bits on top and a coconut macadamia latte complete with coconut shavings. The pastries were also awesome and everyone working there was really nice. I would highly recommend a stop at Ted’s – it seems like the thing to do based on a number of local university students we saw inside. 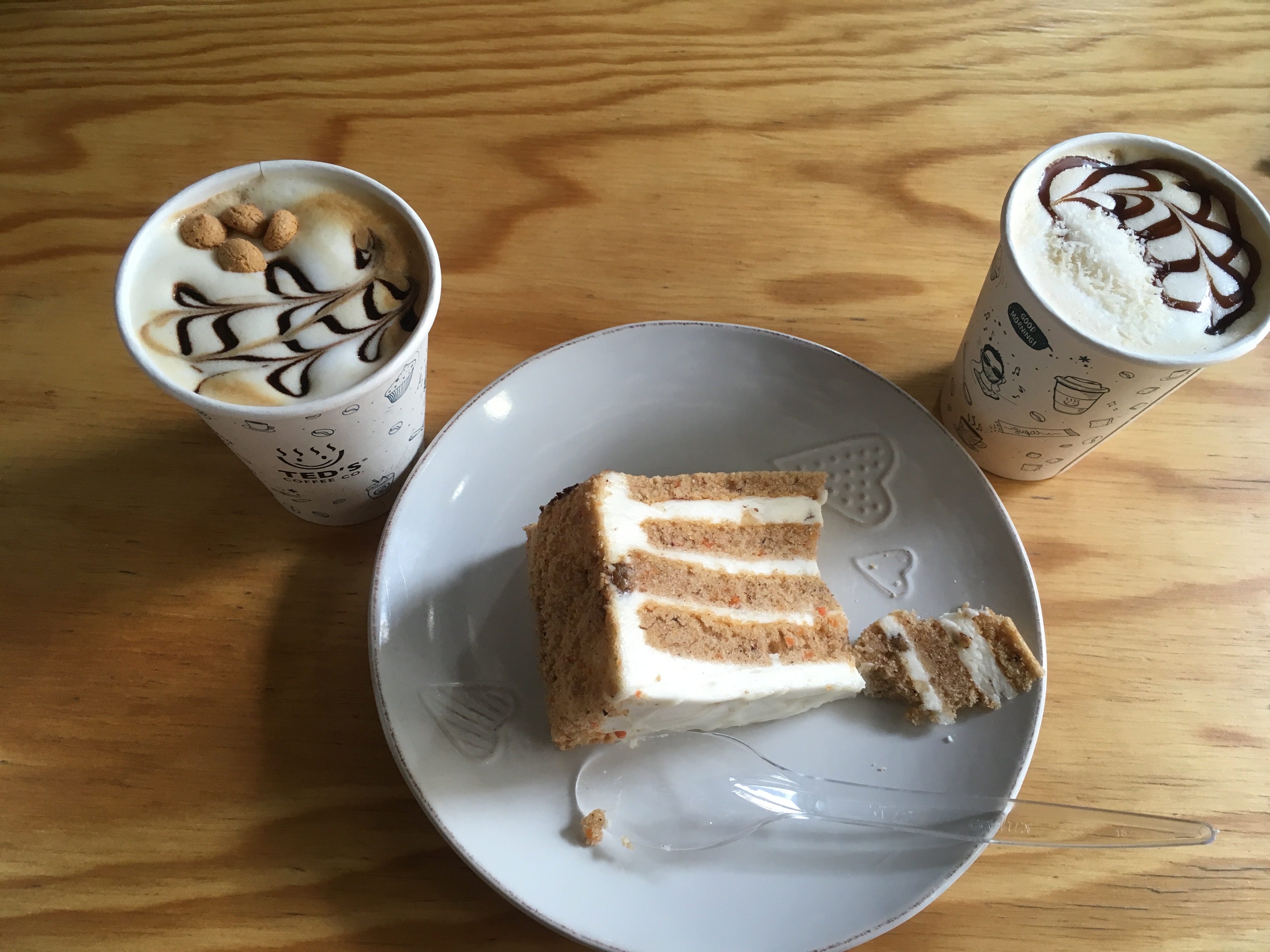 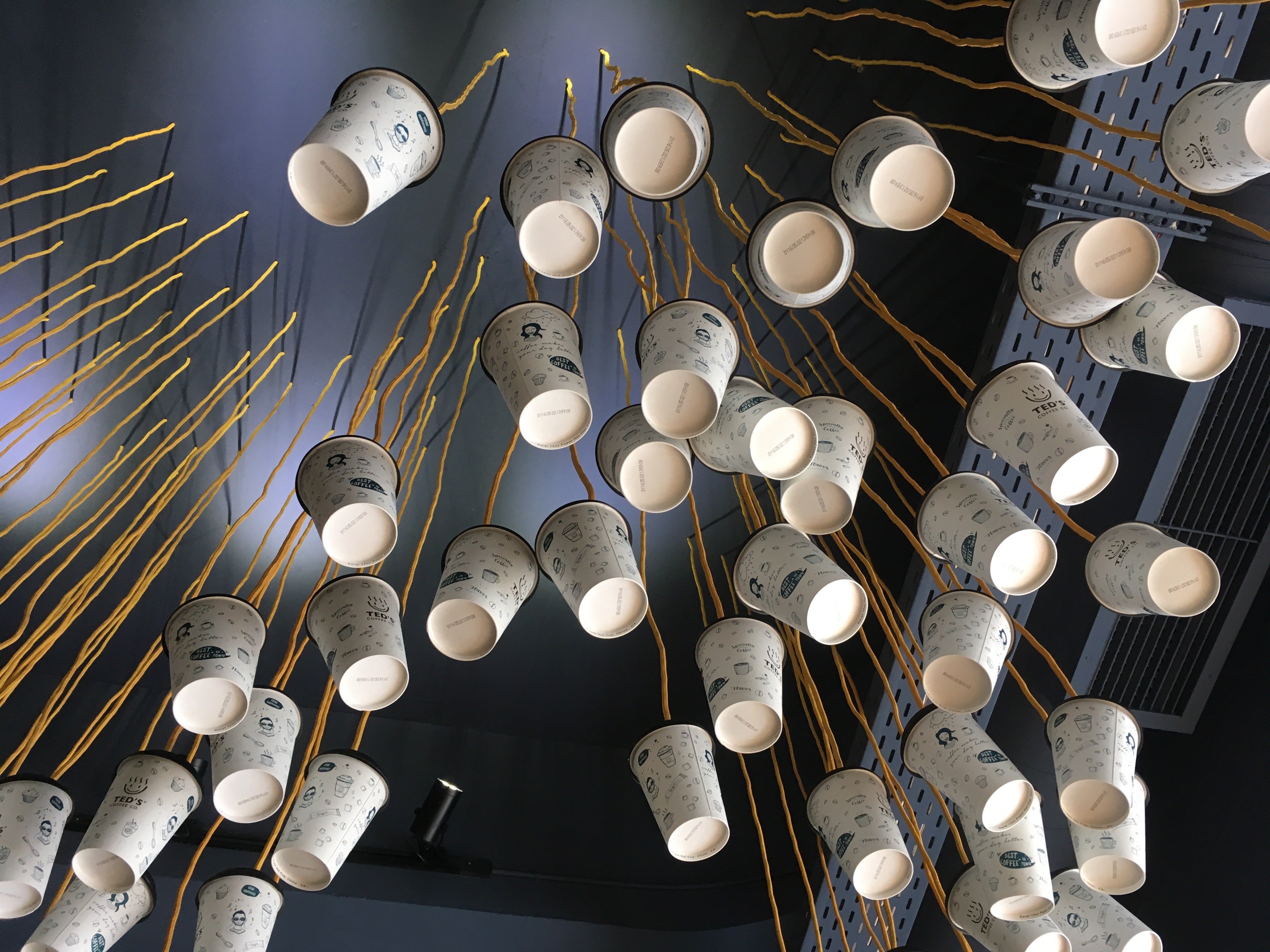 This was an awesome restaurant in Bucharest – I believe it is a local chain because we definitely saw more than one – it was really inexpensive and had awesome Moldavian and Romanian food. I had the mushroom stroganoff, but we ended up splitting lots of cabbage rolls, the cottage-cheese pastry and of course, more Polenta. 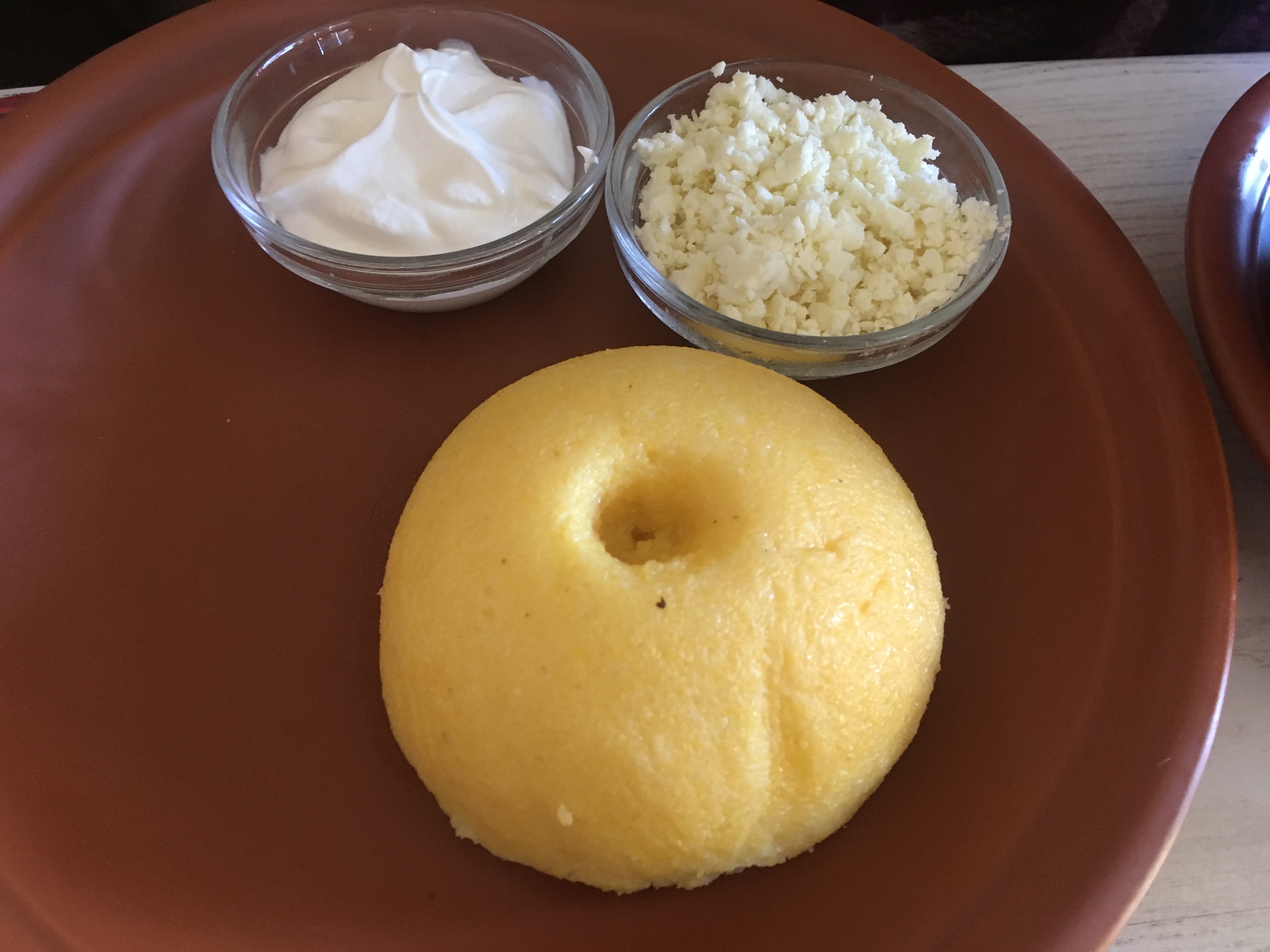 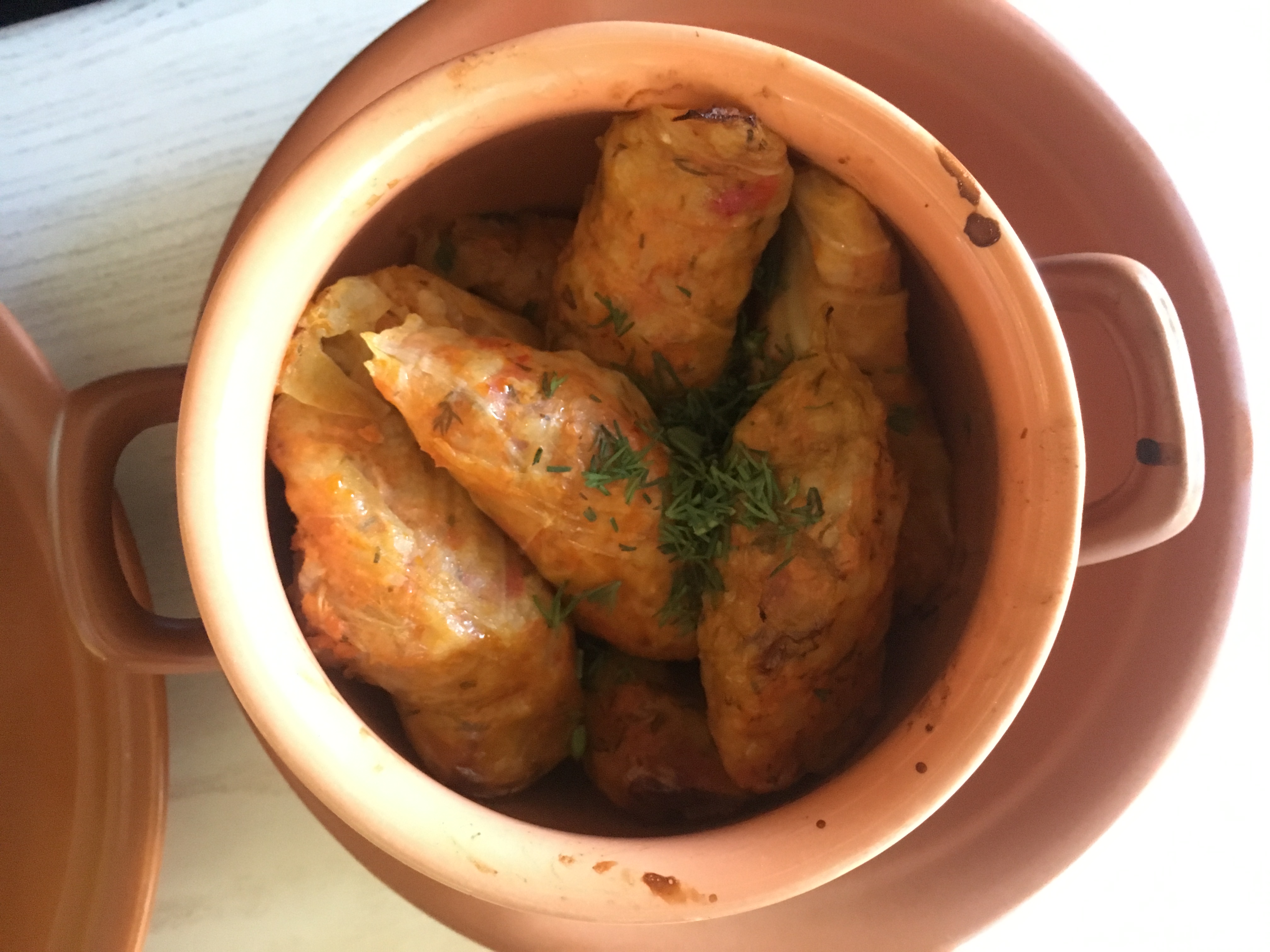 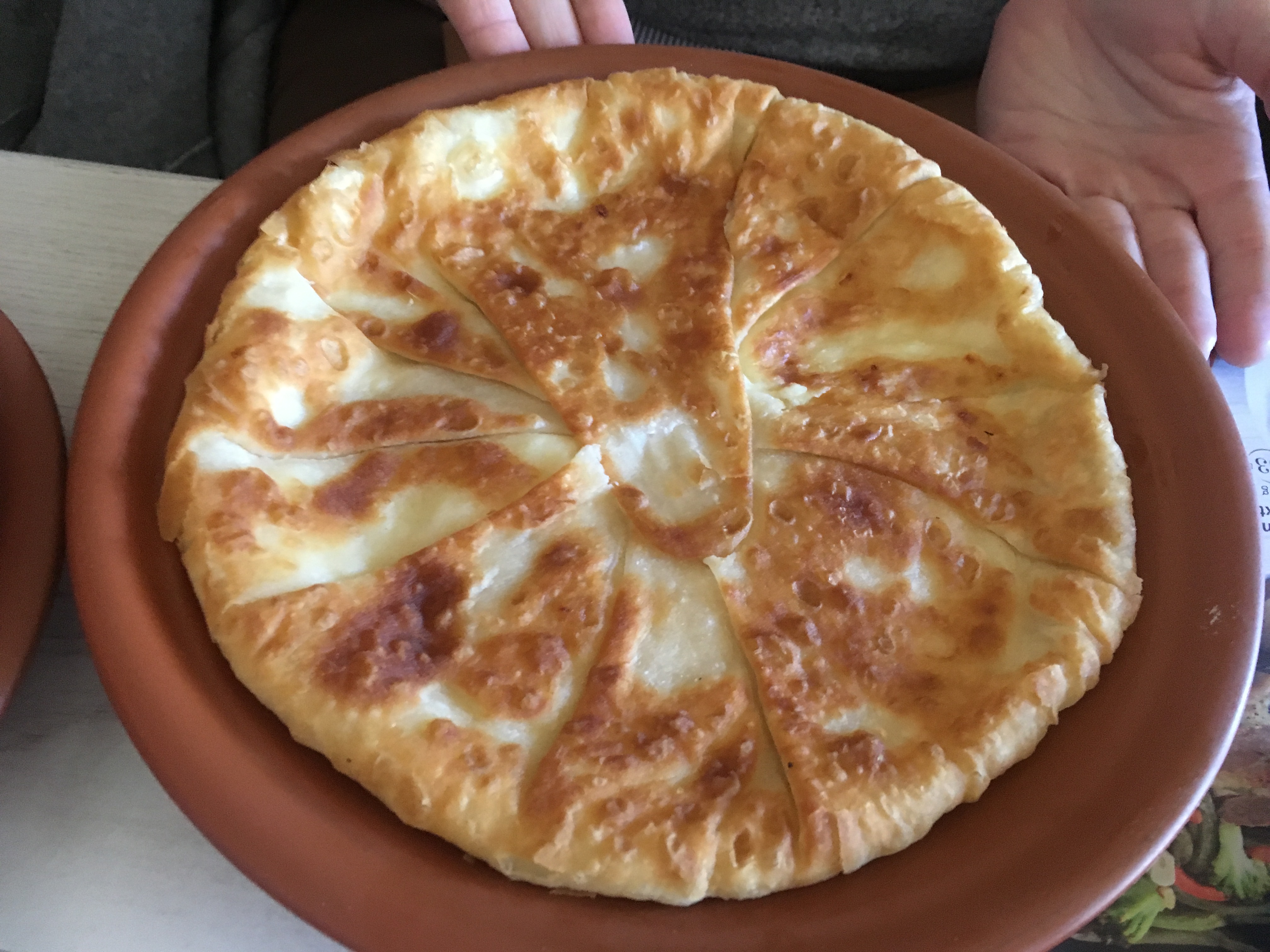 We stayed at Book-A-Rest hostel, which was not super centrally located but for the price, it was so worth it. We had a large private room to ourselves with ensuite bathroom and it came out to less than €10/night per person. About a 20 minute walk to the center, friendly and helpful staff, but overall we didn’t spend much time here so I can’t say I 100% recommend it for all its facilities – it’s a nice place to sleep, but get up and enjoy Bucharest! 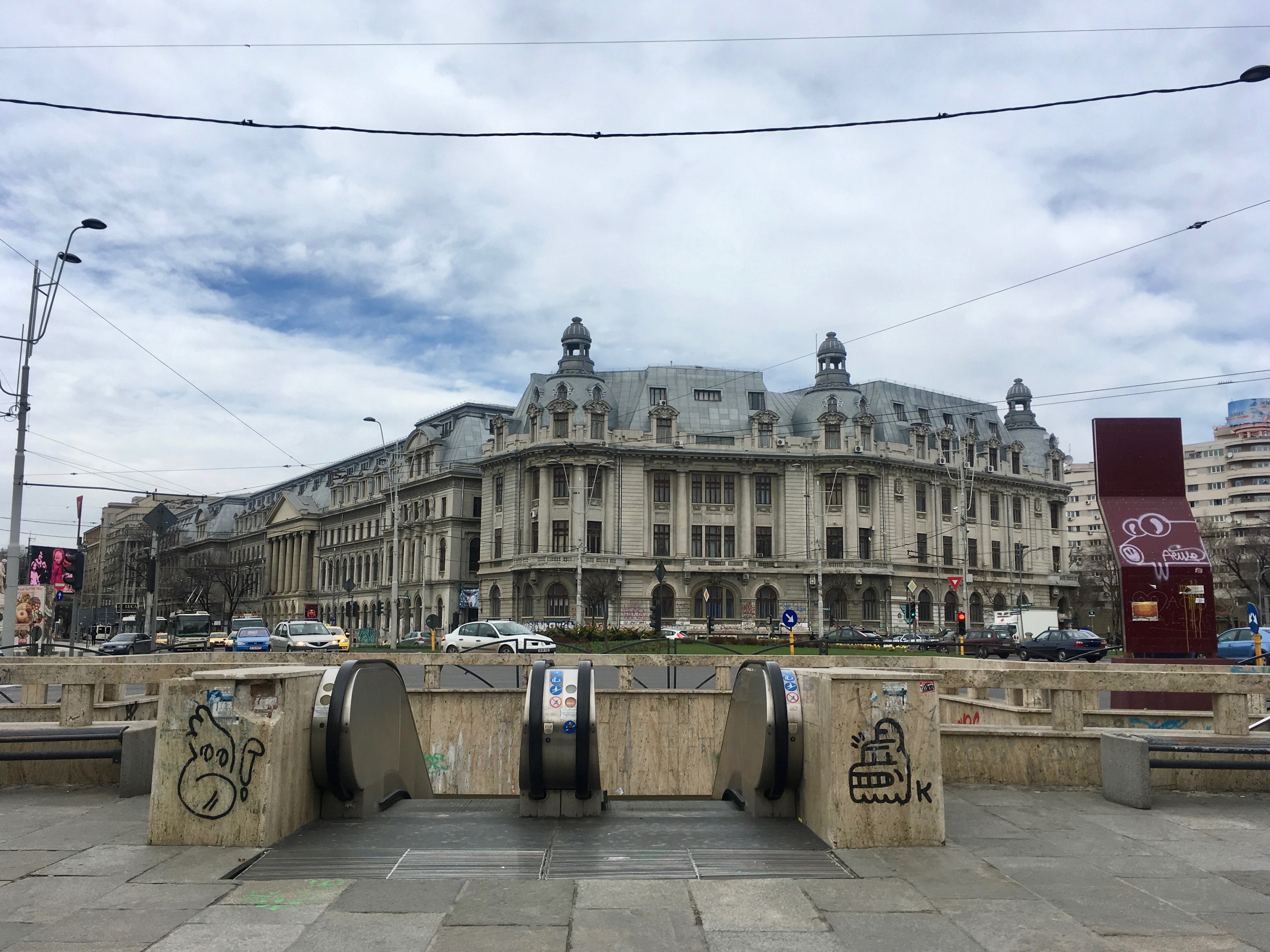 The day trip we took to see both of the castles was super intense but so worth it! Read my blog post about it here and here is my video:

Overall, our trip to Romania was an incredibly fun and eye-opening experience. The people were SO friendly – everyone seemed to have a good sense of humor and wanted to help us find where we were looking to go – even if they didn’t speak much English. I would love to go back during the Christmas markets – or in 20 years to see how much more the city changes from its communist past into the beautiful European metropolitan area it is striving to become.