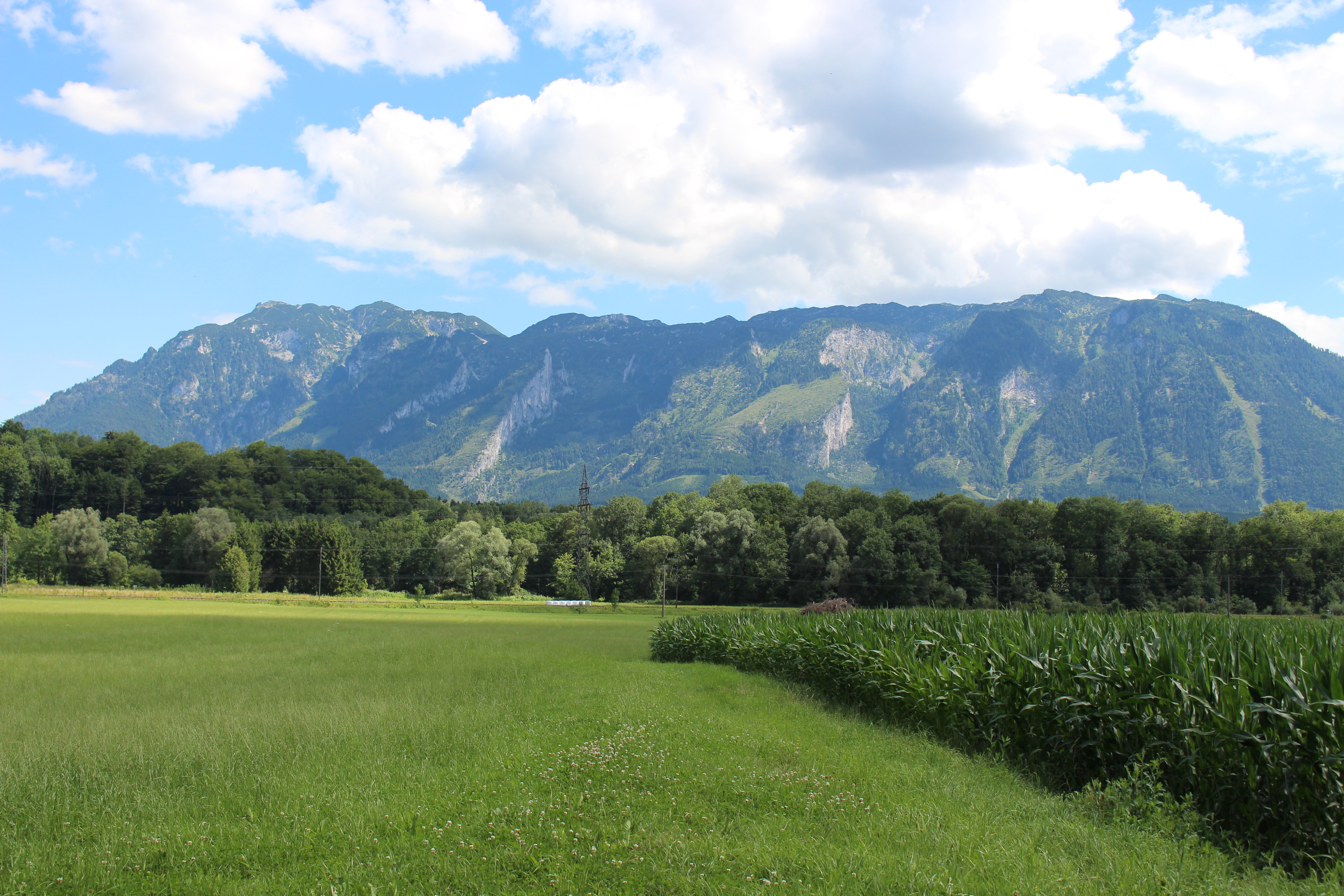 The birthplace of Mozart and the scene of the Sound of Music, this city is full of incredibly beautiful baroque architecture, cobblestone streets, and lovely views. Due to the horrible traffic we encountered leaving Munich, we had to cut our time here extra short, but we had just enough time to wander from the main train station into the city center, do a loop in the main areas and then get on the train for a sunset ride to Vienna. Here are the highlight photos from our four hours in Salzburg 🙂 The train ticket we bought the same day via my phone on an express train for €26. 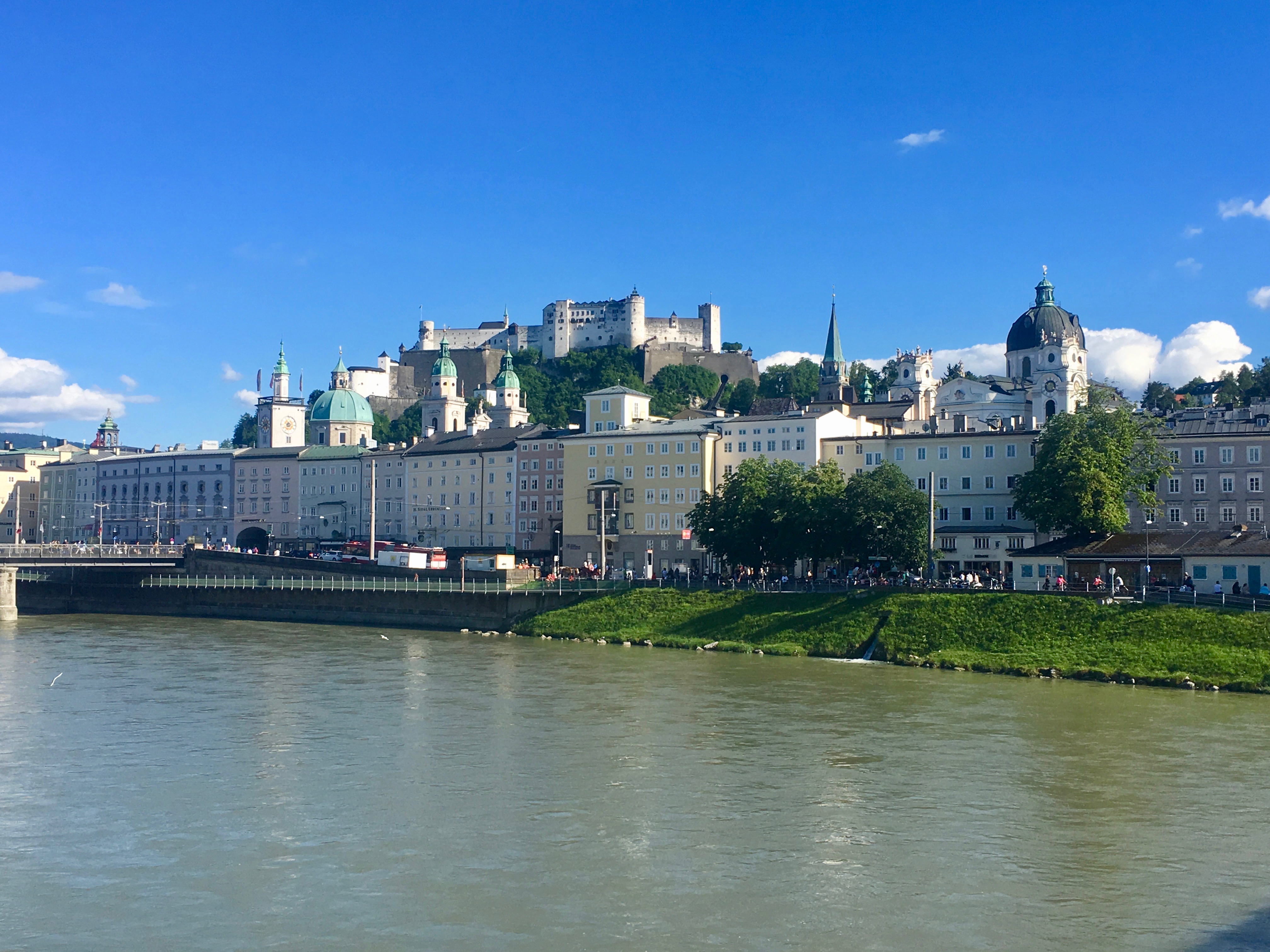 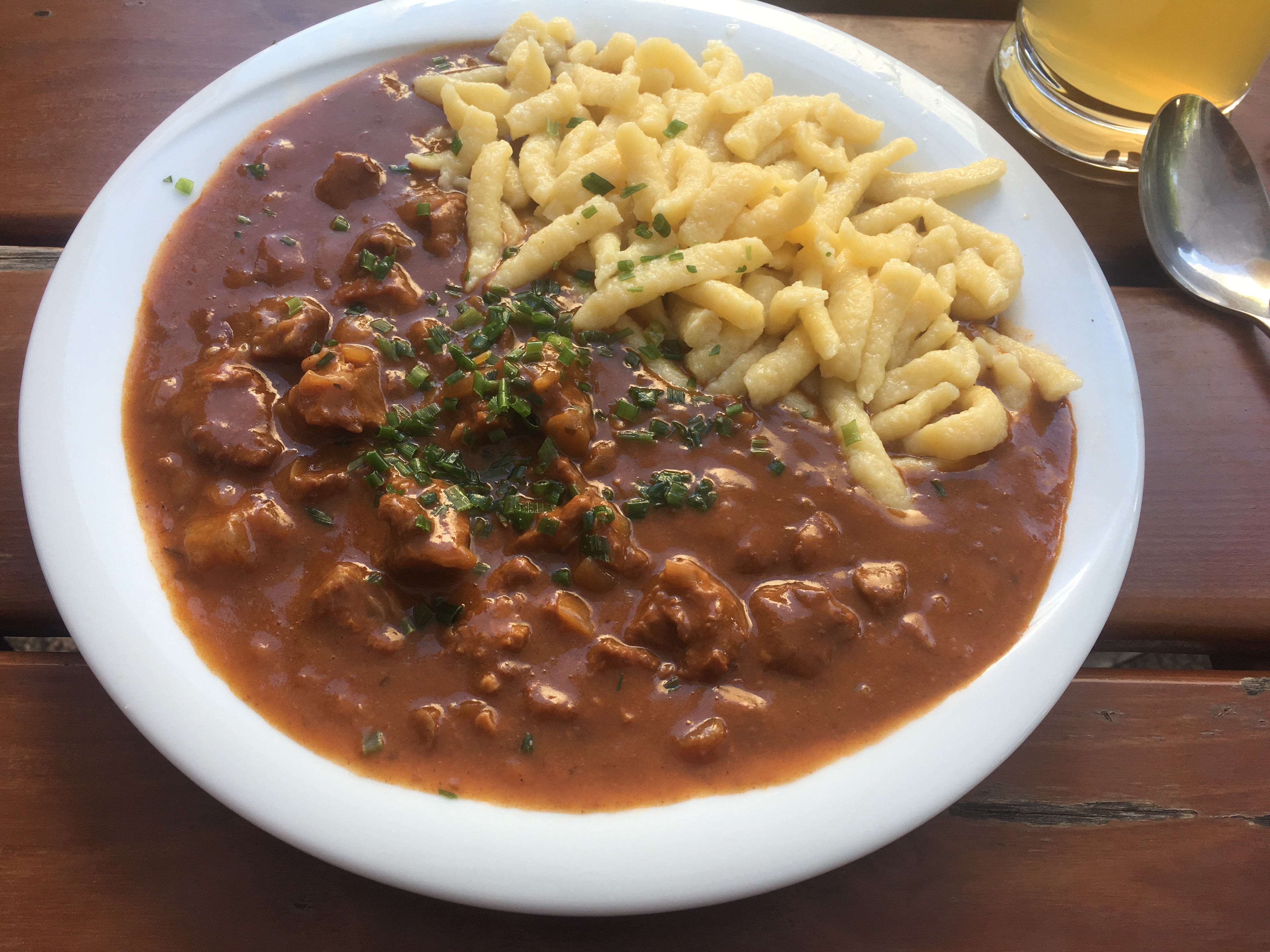 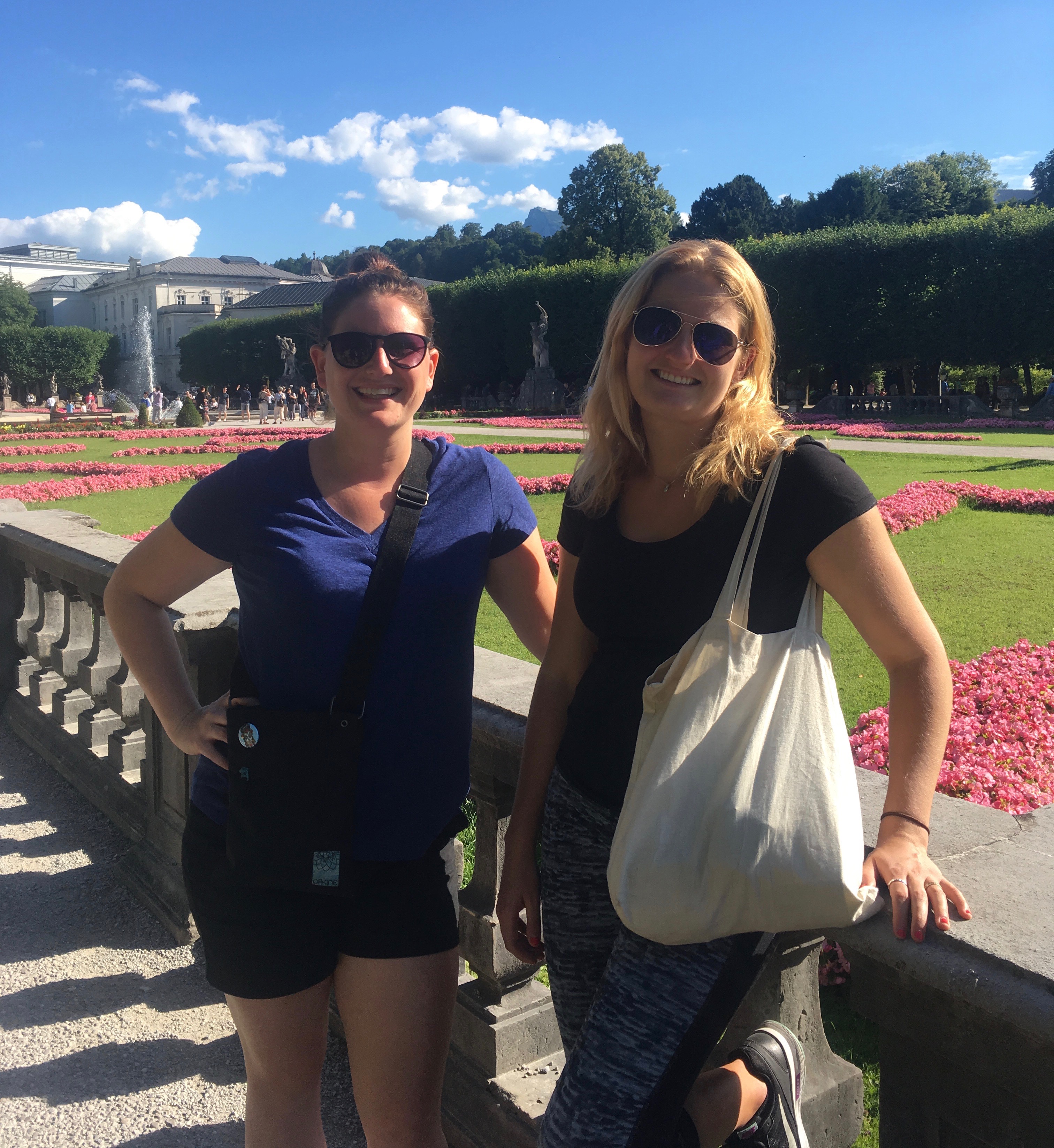 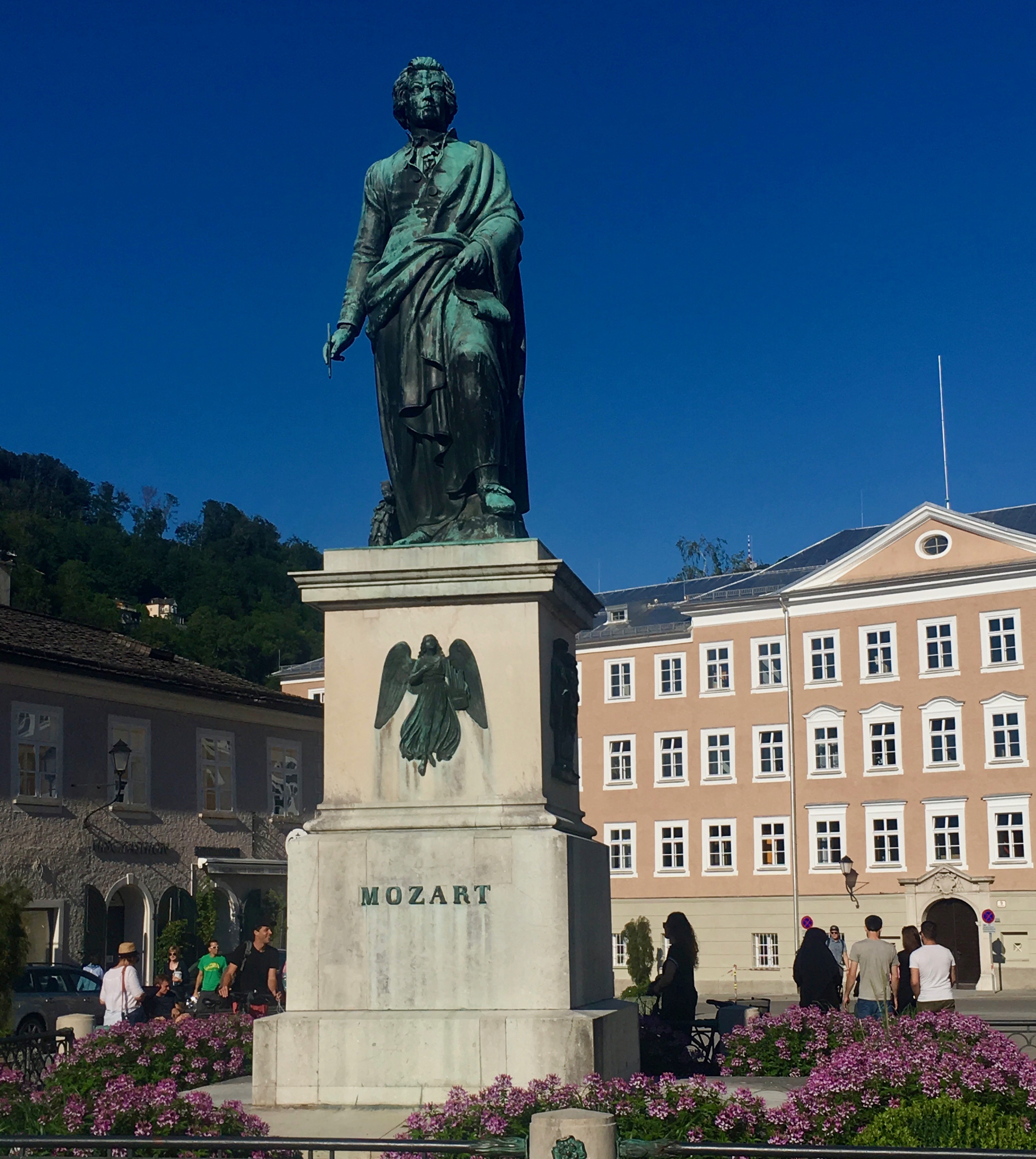 This little hostel/hotel was perfect for the 3 of us to have a private room. It was a pretty basic, small, European hotel room, with one bathroom and shower. It was nice to have some private space after sharing a tent with 200 people in Munich. It isn’t the most centrally located, but we discovered that due to how spread out Vienna is, nothing is really “central” you’ll have to walk or take the subway long distances to get anywhere. It cost about €21/person/night for our 3 person room.

This is one of the most notable symbols of Vienna. It is the mother church of the Vienna, construction began in the 1100’s.  It is a massive church, comprised of different architectural styles that reflect the many centuries the church has endured, but the primary styles are Romanesque and Gothic. The catacombs can be toured and they hold the remains of over 11,000 people, including some Austrian royalty. 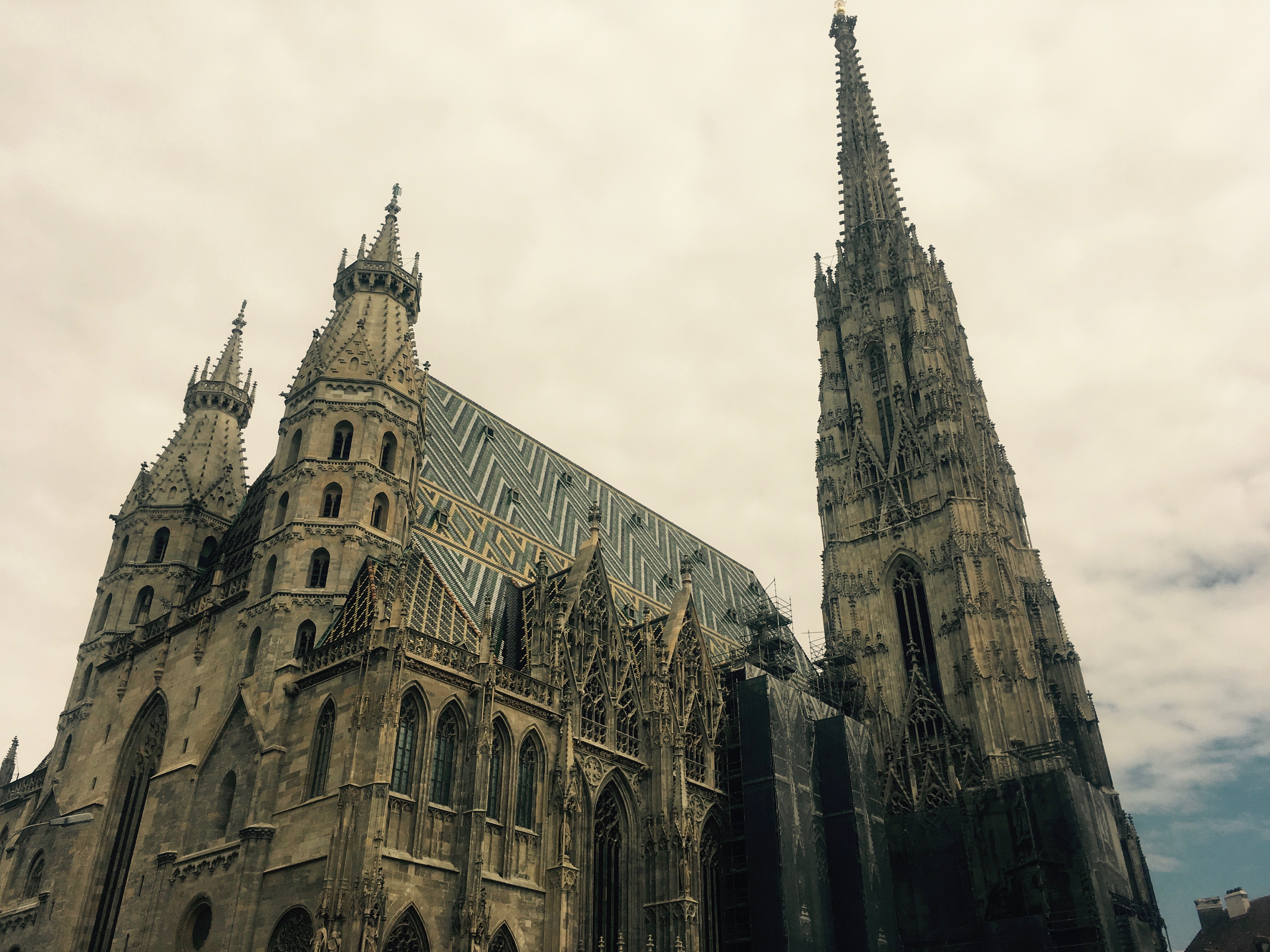 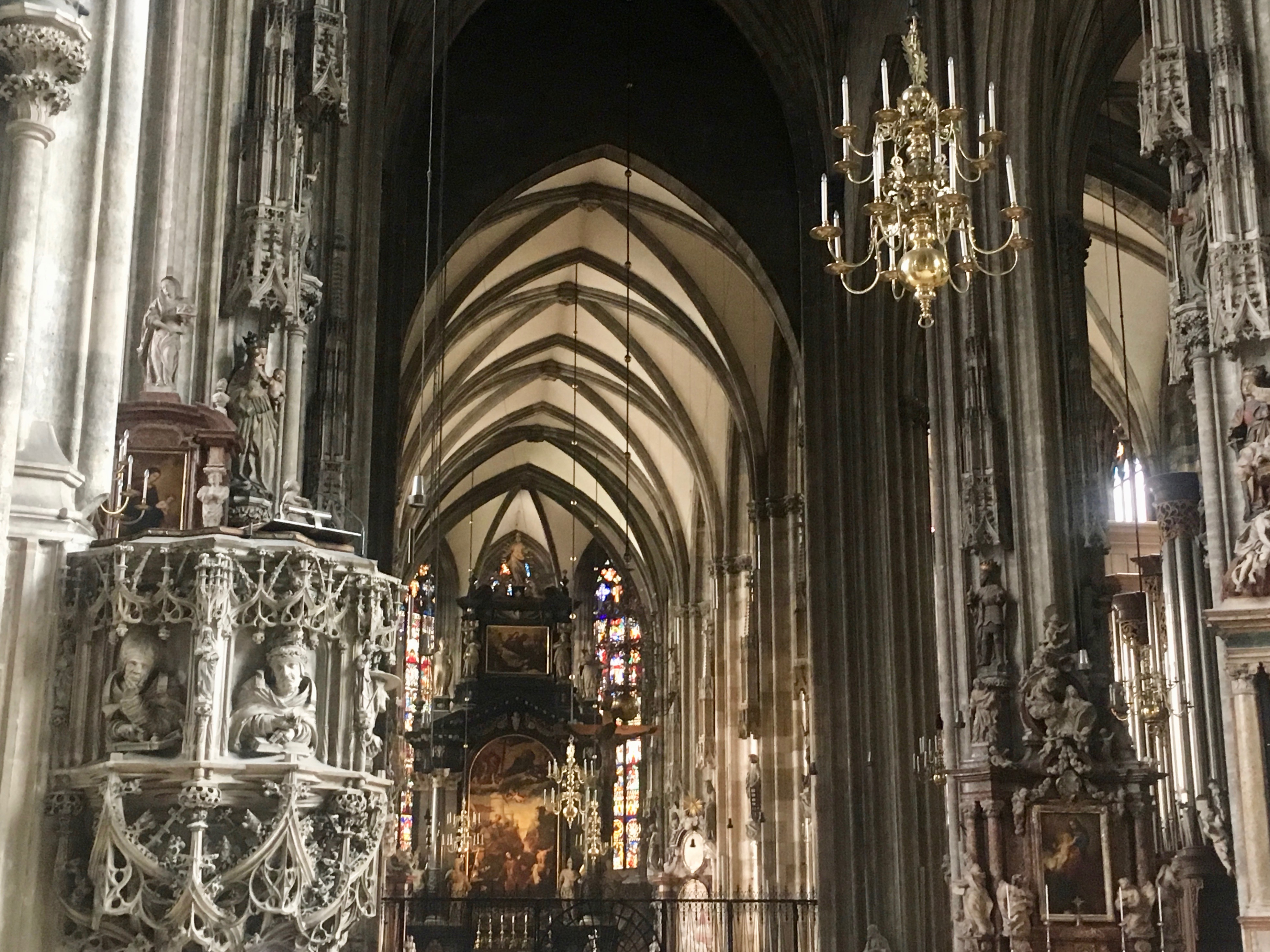 This Baroque architectural feat consists of two palaces, an orangery and palace stables. It is another huge space and a cool spot to walk around while in Vienna. It is far from the city center but can be reached by public transport. It’s another spot that you could either spend a good day touring the palace interiors and the grounds, or just spend a few hours walking around the grounds, which are free and open to the public. There is also a nice terrace cafe located out back of the upper palace. 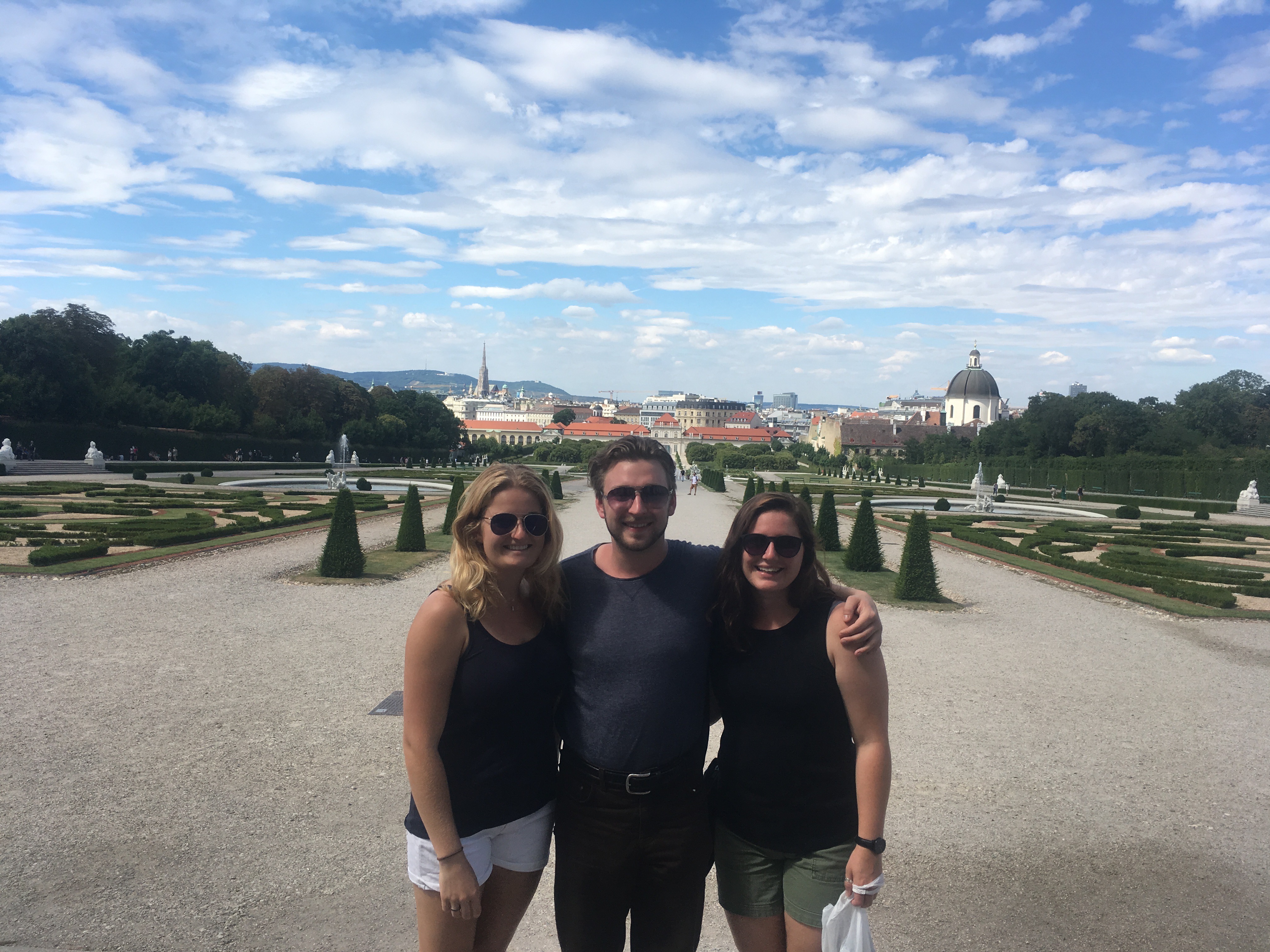 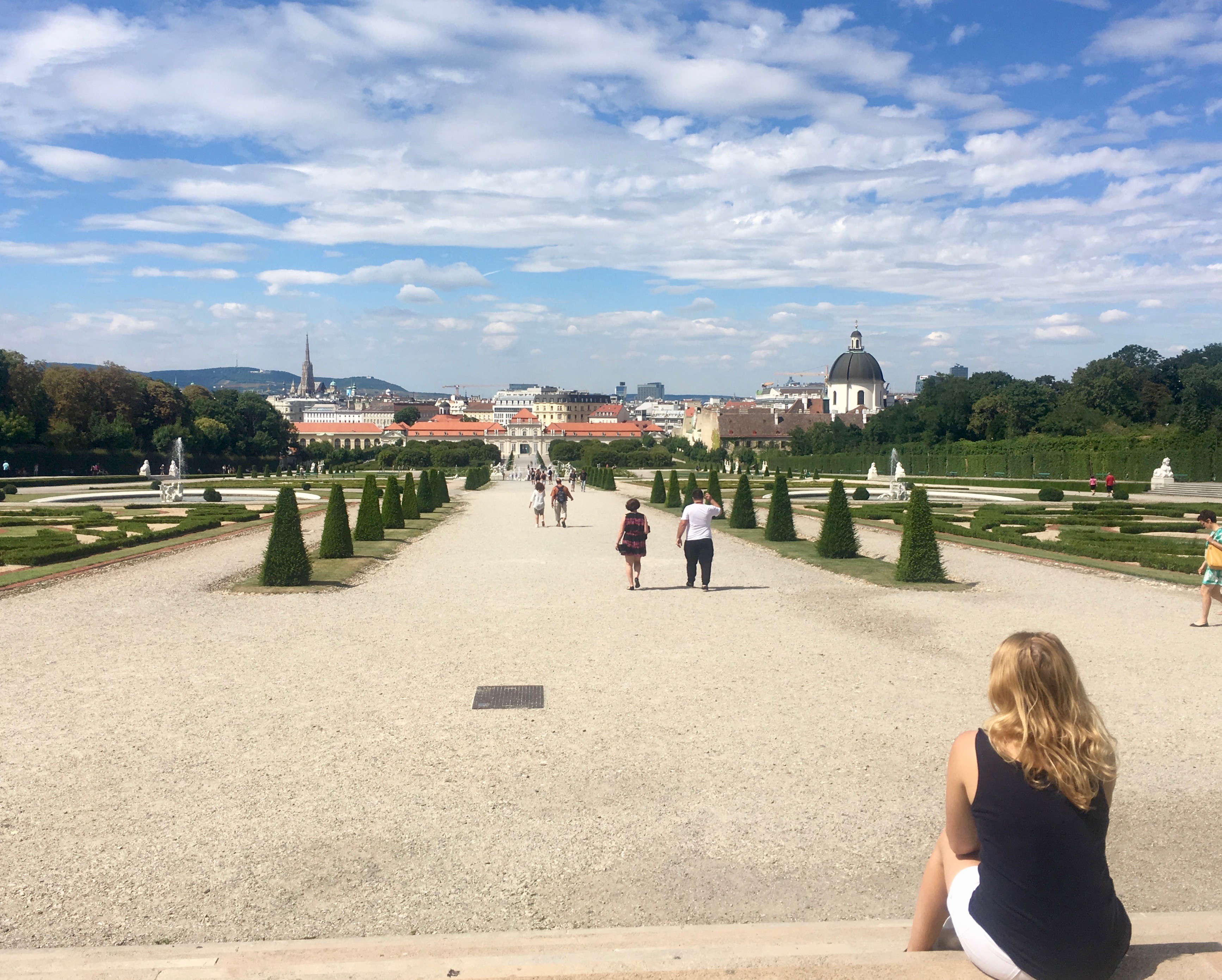 Another Baroque focal point in Vienna. They host concerts here and it is close to the Rathaus/City Hall and Karlsplatz, a center point in Vienna. It’s much newer; construction was completed in 1737. It is a space for concerts and it is a cool building with fountains and a park right outside. 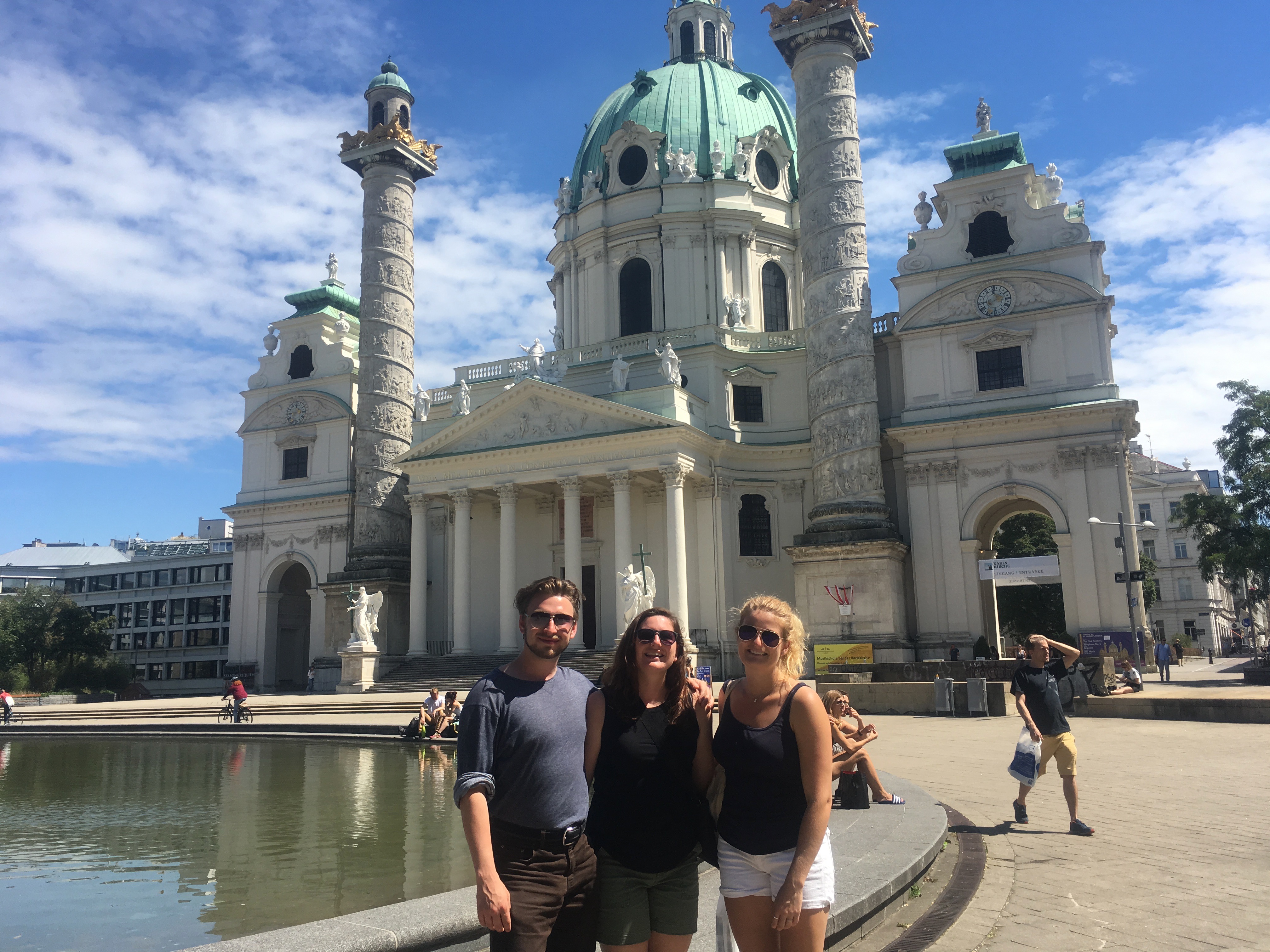 This is the city center of Vienna. During the summer months, they host outdoor films and a giant stretch of food trucks and outdoor seating for people to enjoy the warm weather. It was perfect, we were able to get drinks, sit in the picturesque plaza near this Neo-Gothic building. Food trucks were also open late – so it’s the perfect place to get a meal before a night out on the town. 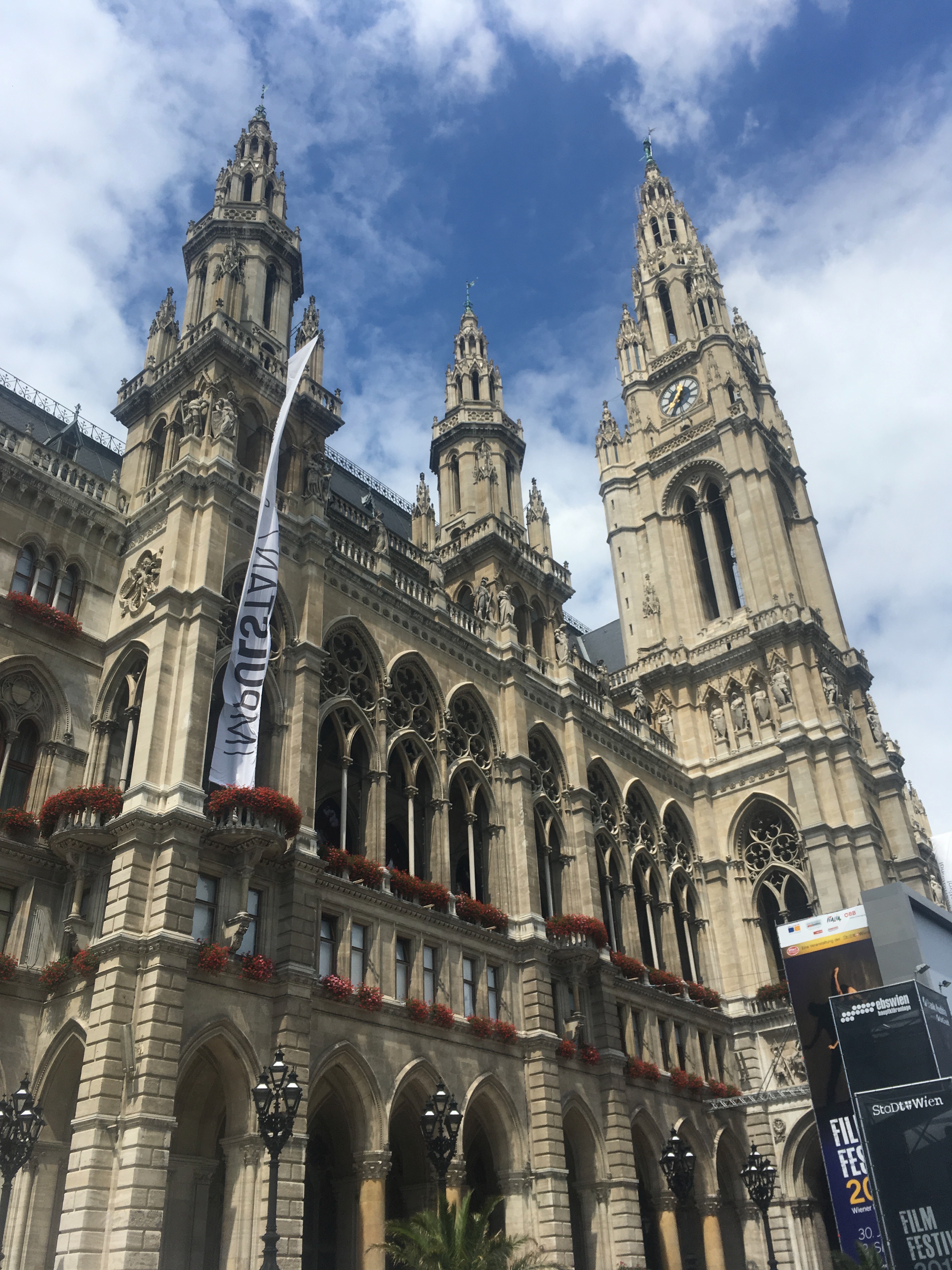 This place could take up an entire day of your stay in Vienna. It’s the former imperial summer residence, and the palace + gardens are a vast spread of beauty. If you want to tour it, buy your tickets in advance. We didn’t and would have had to wait over 2 hours to enter the palace, so we opted for the gardens and grounds tours instead. The zoo is also located within the gardens. The entrance to the grounds and gardens is €6.50. 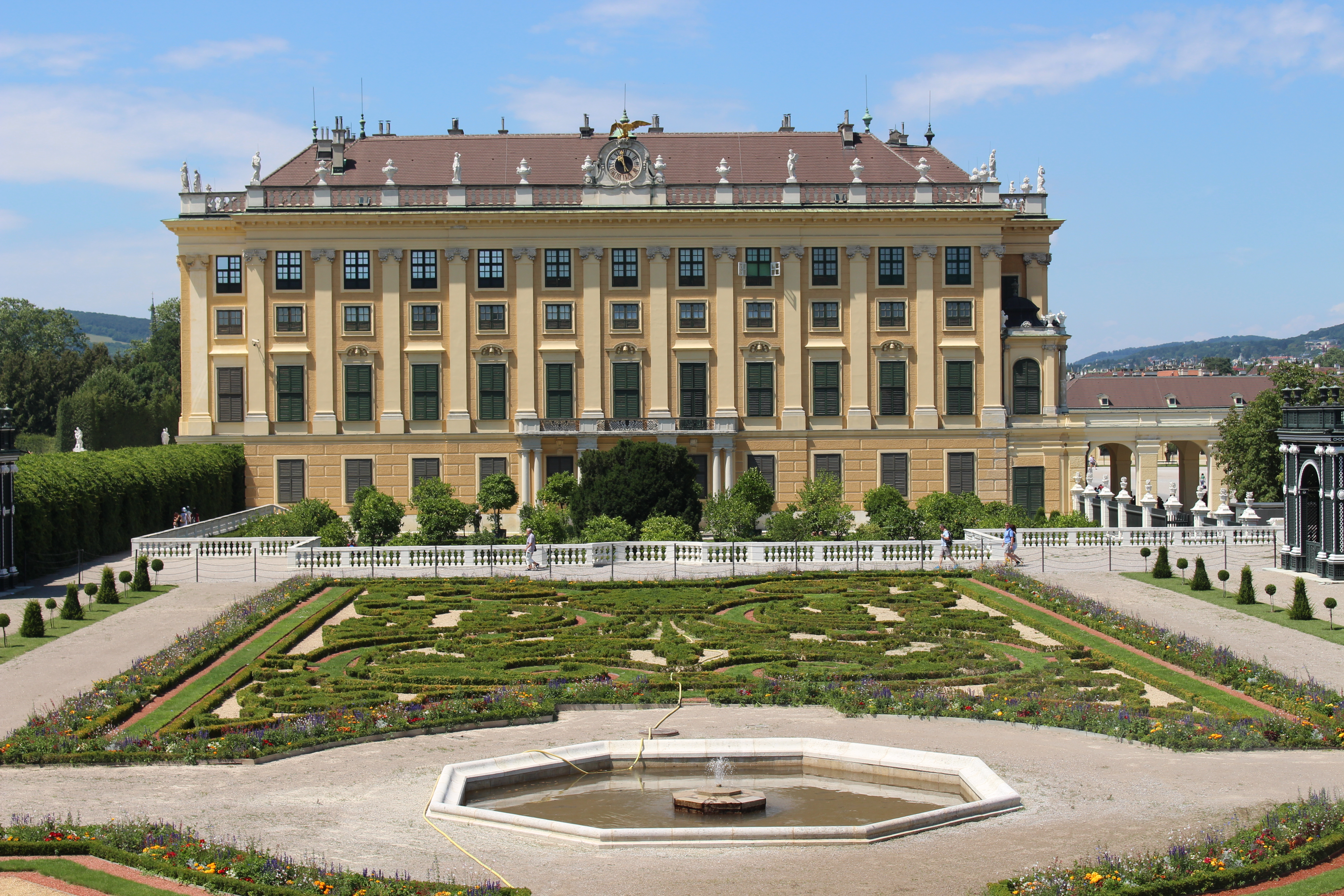 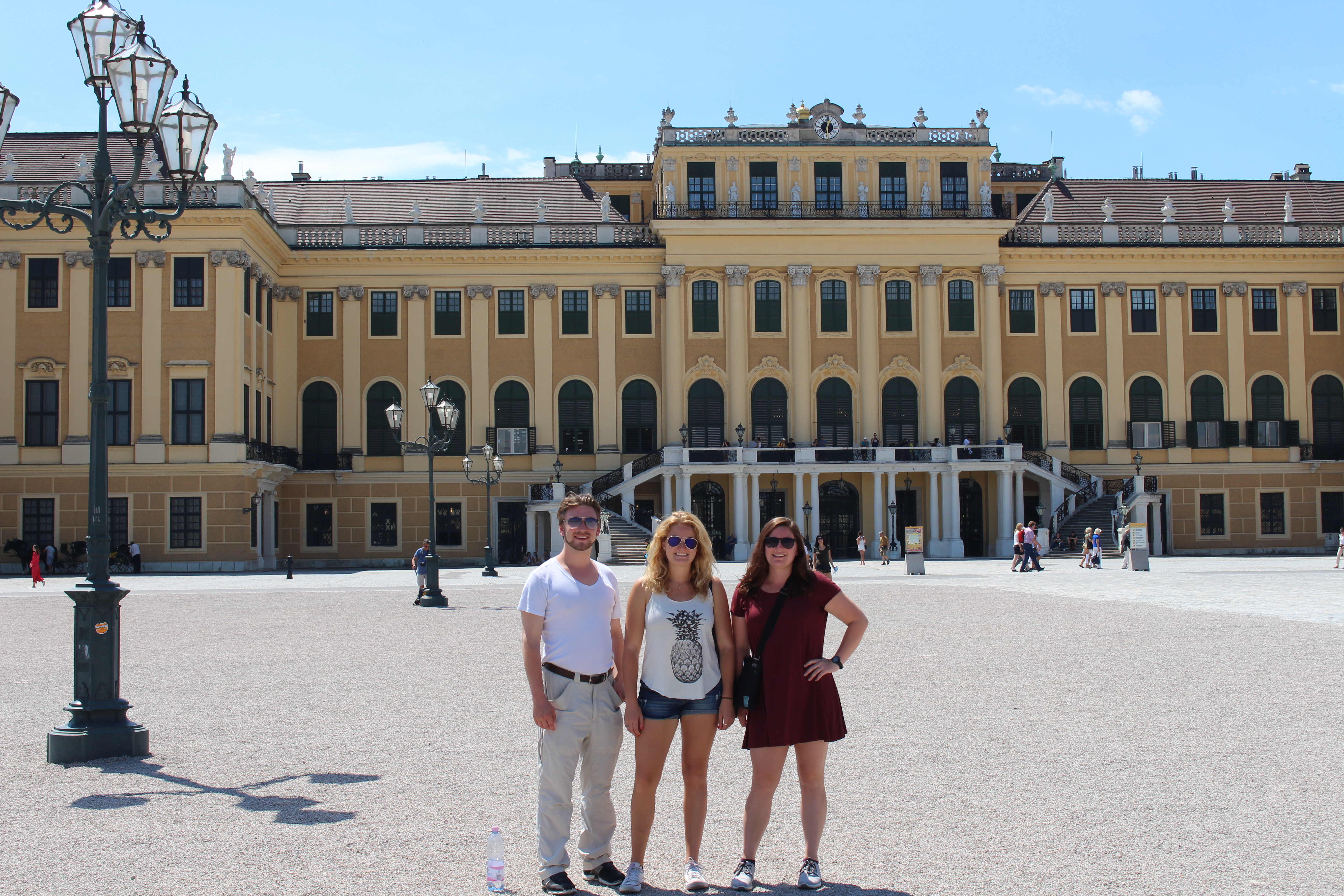 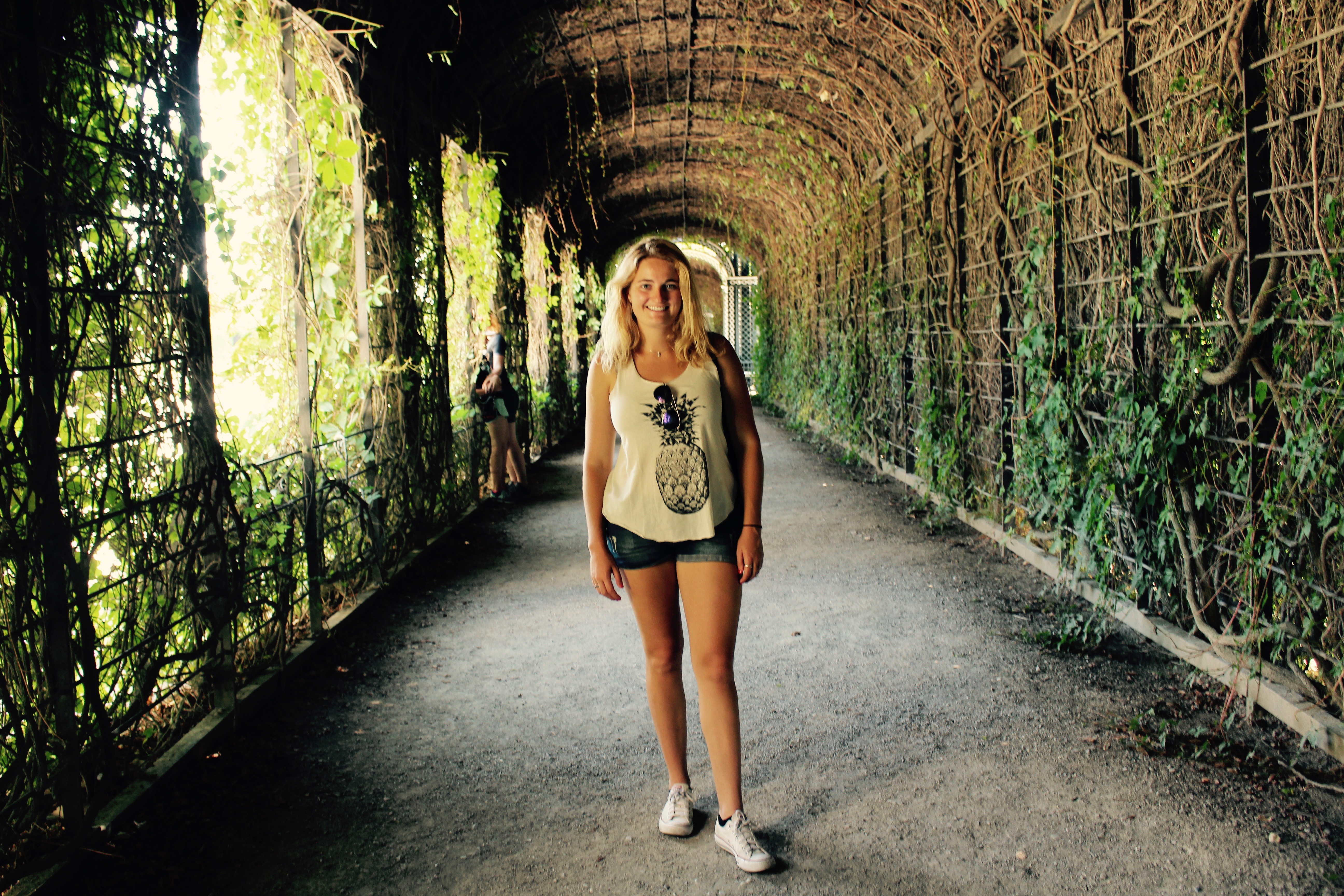 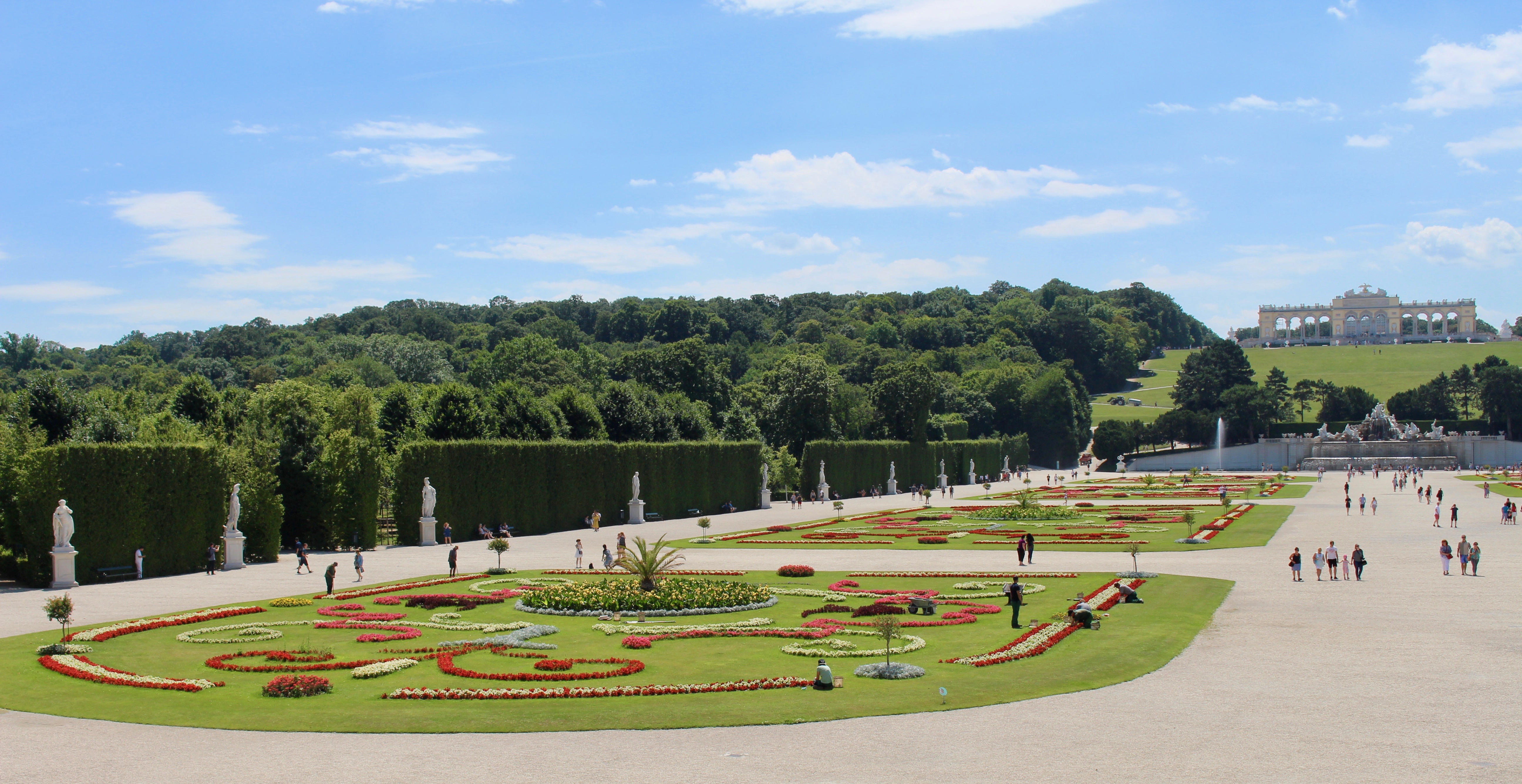 This place had an awesome breakfast and retro decor. One thing to note is that tip/service charge is not included on the tab in Austria, unlike many European countries, so don’t forget to leave your server a tip after your meal. 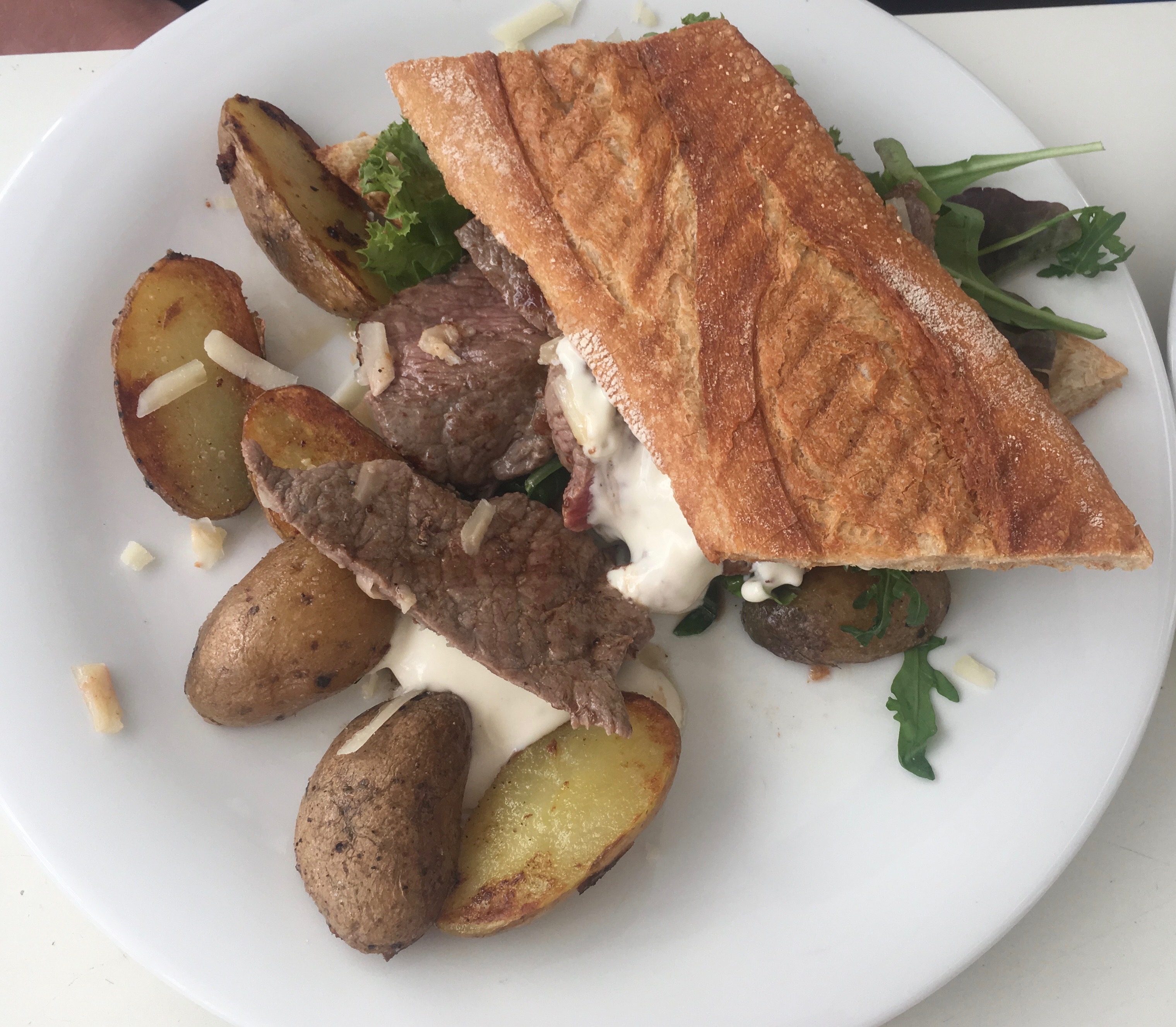 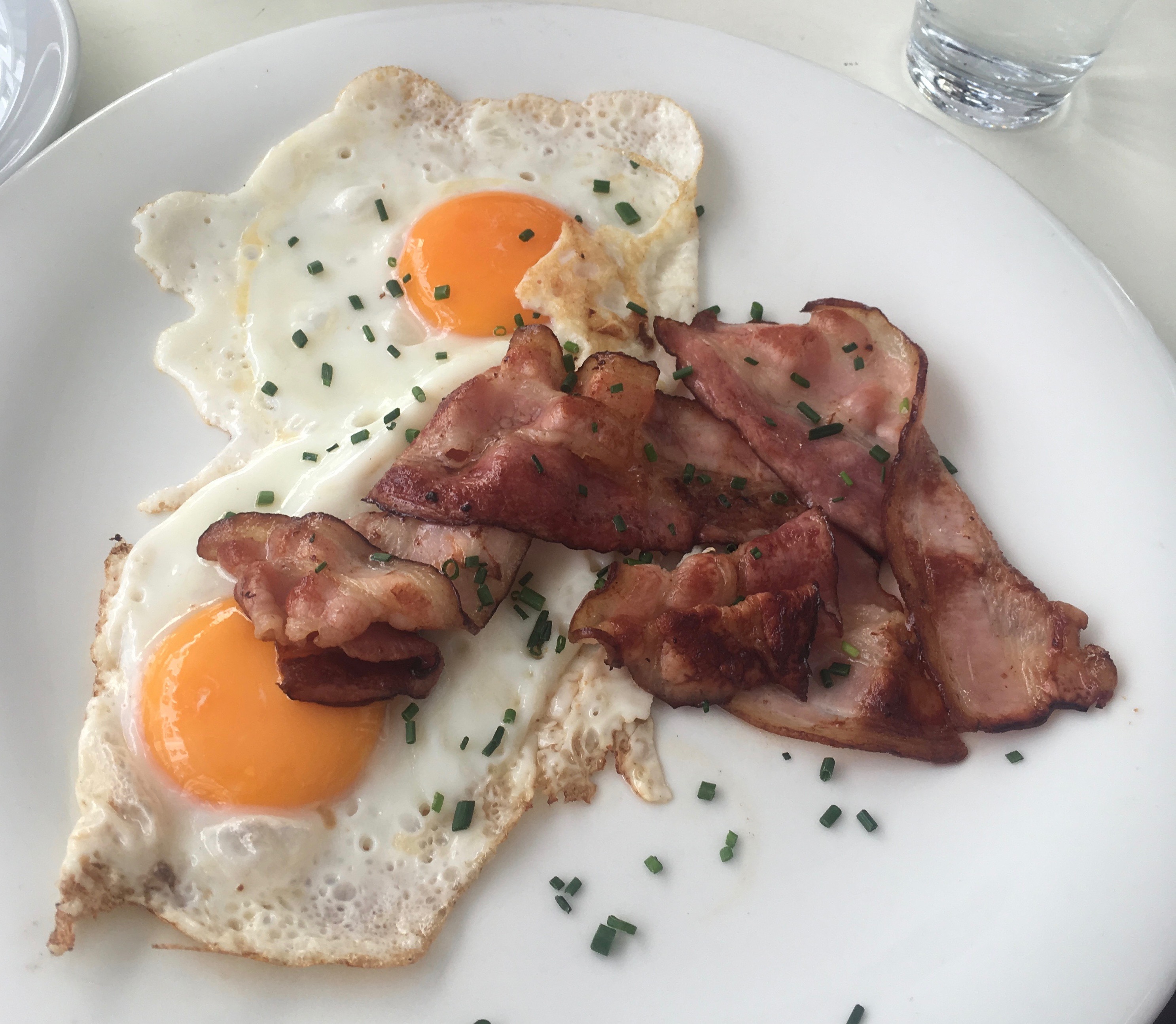 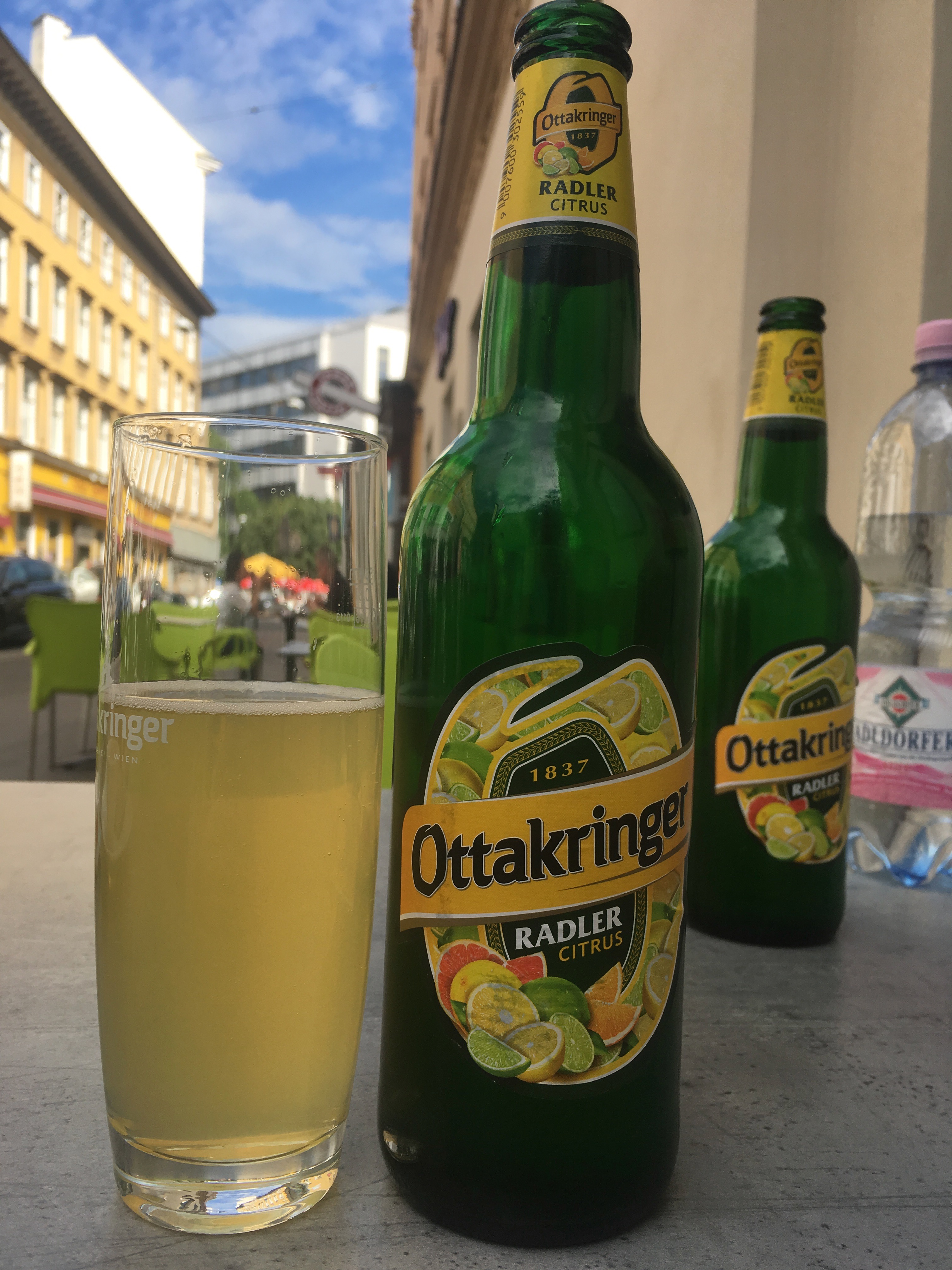 If you find yourself in Germany or Austria/Central Europe during the summer months, definitely try a Radler! In the United States, we typically call these Shandy’s, the delicious mix of beer and some sort of citrus – my personal favorite is grapefruit, but it can be lemonade or another citrus. It’s so refreshing on a hot day and the flavor just fits a summer atmosphere completely.

Vienna & Salzburg were beautiful cities to experience. Austria is more pricey than Eastern Europe, so be financially prepared. There is a lot of history here, so if you have the time, doing a walking tour would be informative and useful. 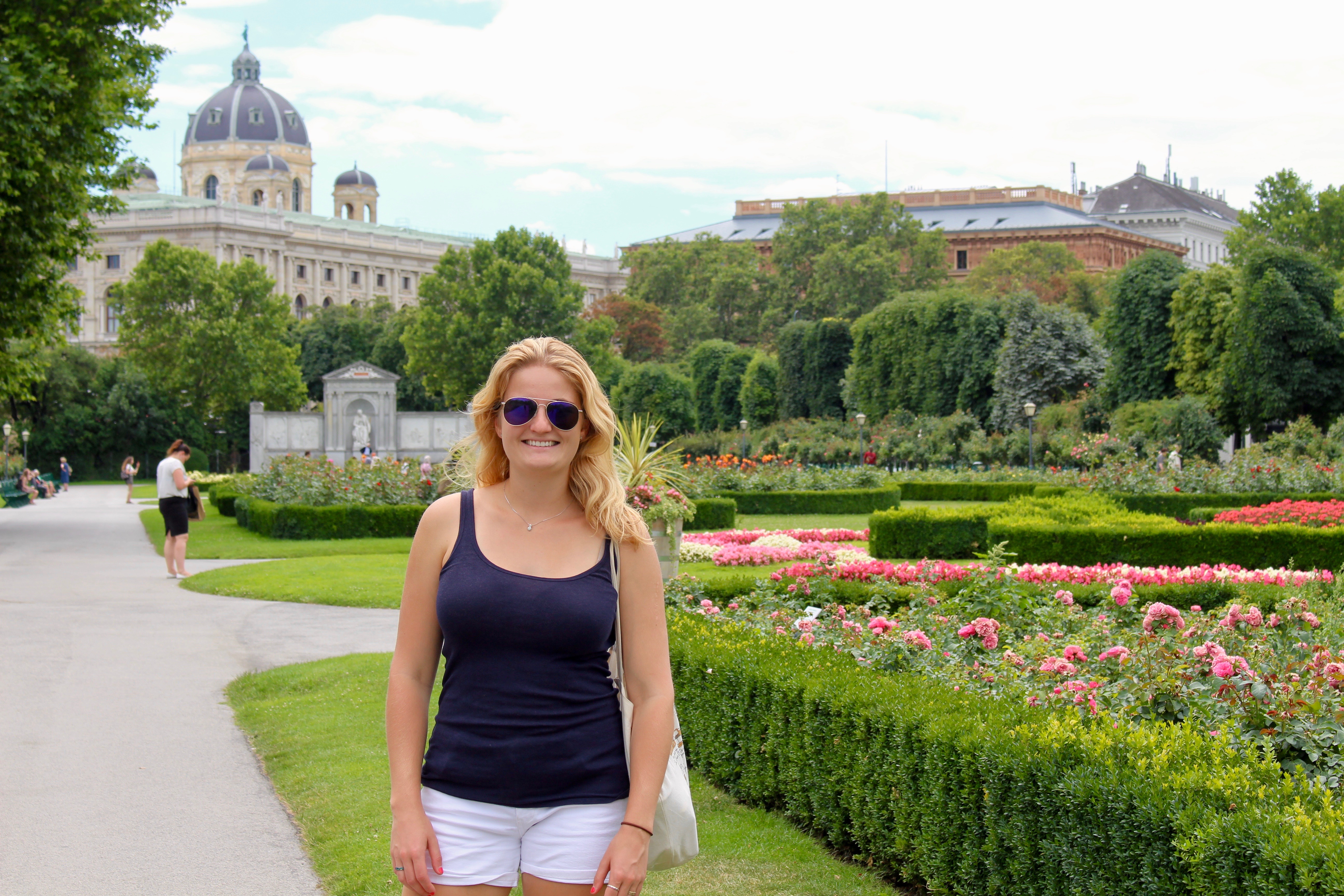