After a few months in Melbourne, mostly staying in the city and partying every weekend, I was getting a little stir-crazy. Itching to take a day trip outside the city and explore somewhere else in Victoria, I started pestering my friends about renting a car or finding some way to go on an adventure and get out of the urban jungle for a minute.

Weekends are precious. After you mentally clock out on Friday at 5 pm, it’s hard to find the motivation to do anything other than spend time with the people you’re close to and relax. Two days is not enough time to adequately recuperate, but for whatever reason, this is the schedule that society has chosen. I’d personally much prefer to work 4 10-hour days in exchange for 3-day weekends, but I doubt that will catch on anytime soon. Anyway, it was a weekend, and I wanted to Carpe Diem and tick one of the day trips off my list. There are many to enjoy from Melbourne – Dandenong Ranges, Phillip Island, Wilson’s Prom, and many more that would consume more than just a day. We (my friend Jodie and I) decided on Phillip Island, so it was off to the car rental agency to check out our options.

After picking up our rental at Enterprise in Melbourne, we were off for a day of adventure, without much of an idea of what we were to see and do while on Phillip Island. We figured it was a small enough spot, and we’d be able to figure it out as we went. Having a car and the freedom to drive really makes everything much easier, and helps to have flexibility while you’re traveling.

Our first stop on the Island was the Koala Conservation Centre. This place was awesome, with a cafe and a gift shop where I bought my Koala keychain that is now my official, travel bud. Here you wander on some boardwalks through a forested area and can see lots of Koalas sleeping peacefully in the trees. I managed to get this one to pose a little bit for me, but he was pretty shy. 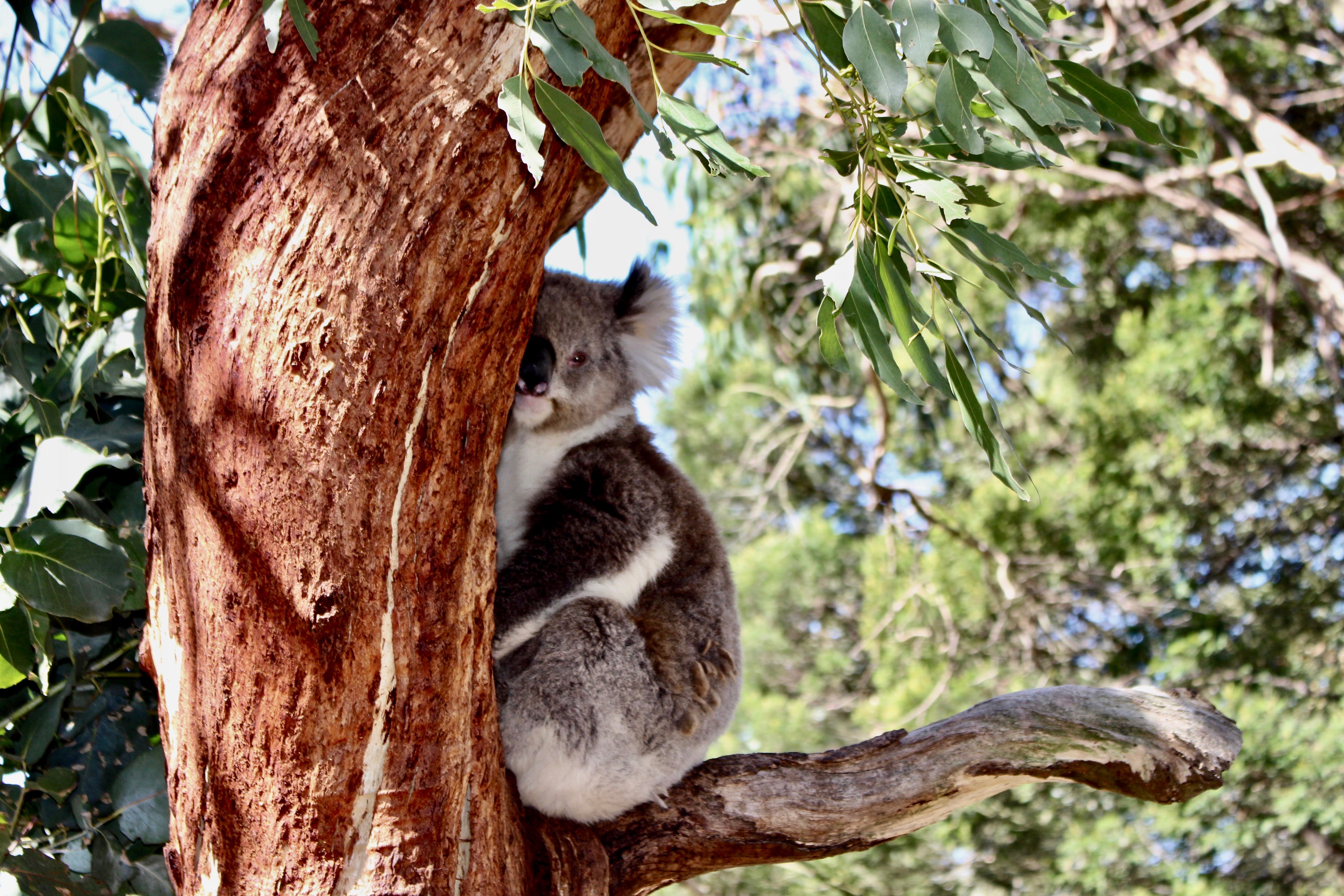 After we wandered and saw several snoozing koalas and one rogue wallaby (who absolutely refused to look at the camera!) we decided to take the car and head off to see what else there was to explore and see on the island. 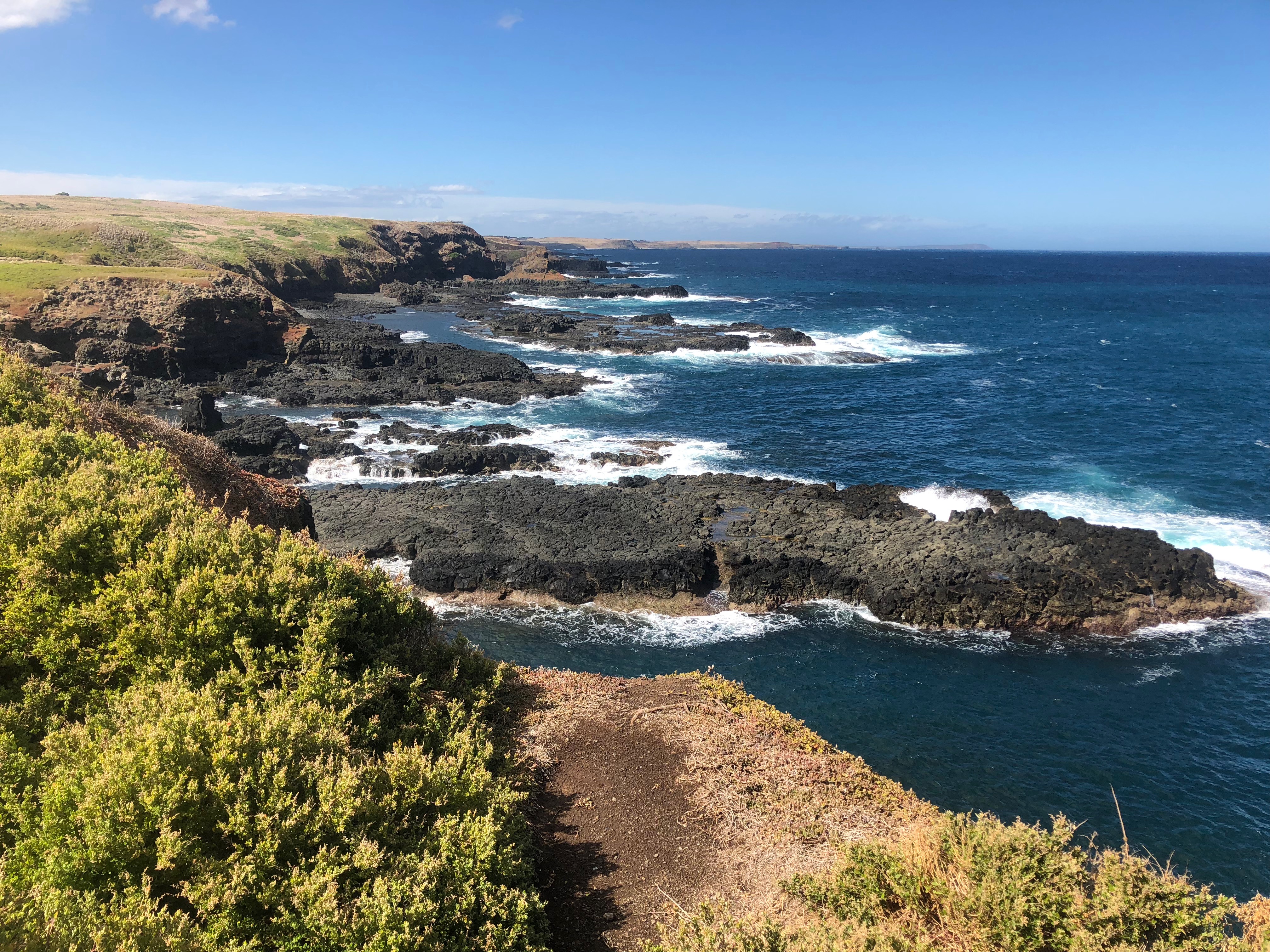 We drove to the westernmost point, through the Phillip Island Nature Park to the Nobbies Center at the very edge of the island. The wind here was absolutely incredible, and it was fantastic to watch the waves crash on the rocks as we walked along the boardwalk. It’s a cool spot to have a wander, but there isn’t much going on right in the park except for tours. We did see an echidna during our stroll down the boardwalk, which was another animal to tick off the list! 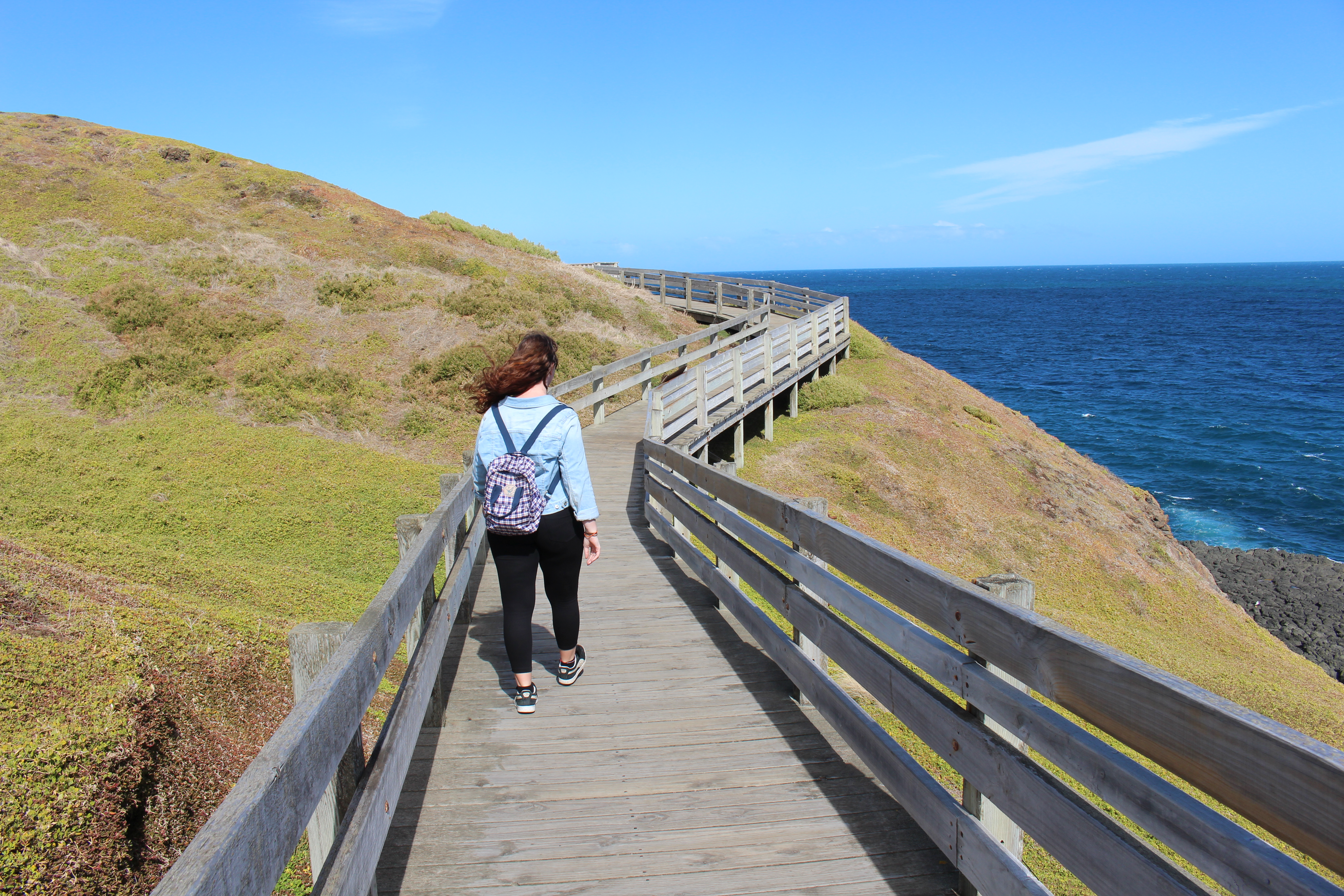 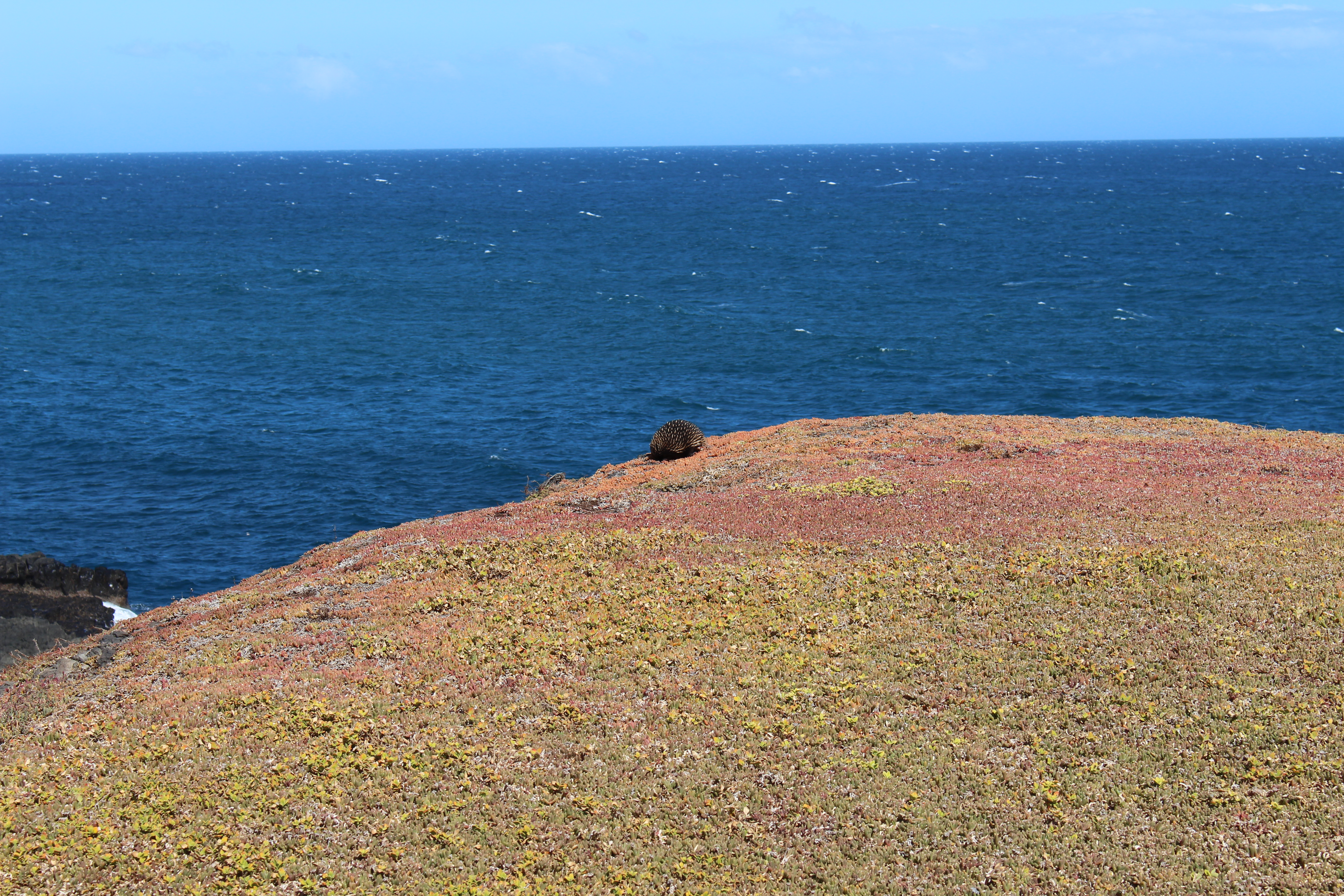 The nature park is the site of the evening Penguin Parade, one of the primary reason why people visit Phillip Island. We decided to skip it, due to the steep price tag and it would mean we wouldn’t make it back to Melbourne until late at night. If you’re staying in Melbourne and want to see penguins but don’t want to fork out over $20, just go to the St. Kilda Pier any night to see them for free. I’ve heard the Penguin Parade is amazing and worth it, so maybe someday if I am ever back there, I’ll check it off the list.

After seeing all the nature, we had a wander into the town center of Phillip Island. We had a drive through Cowes, the central town on the island, did a bit of shopping, and then packed up and hit the road to head back to Melbourne.

Phillip Island is a great day trip or even an entire weekend escape to take from Melbourne. There is one hostel on the island, and it is possible to get to Phillip Island with public transport – just be prepared for it to take awhile. There’s a bus on the island to take you around, so if you have more time, you can explore without needing to rent a car.

I’m glad we seized the weekend. Even though it’s sometimes hard to find the motivation, it’s always worth it to have an adventure during your precious days off! 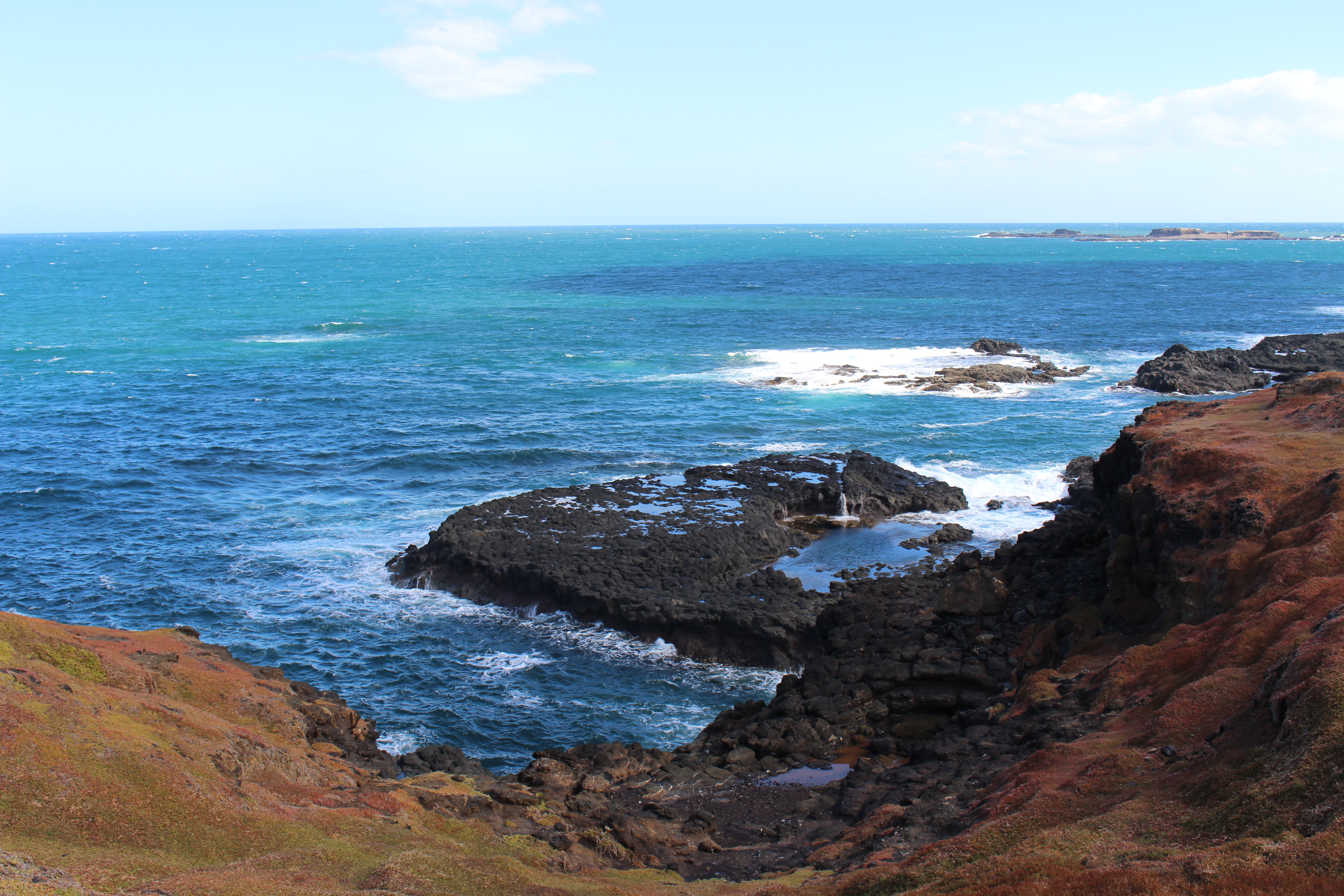