My research on things to do in San Jose was probably the most dismal of any city I’ve ever visited. Blog posts with titles like “San Jose: The Capital City with Nothing to See” seemed to be in the majority and the lists of recommendations on TripAdvisor were pitiful, at best.

And to be completely honest, I was okay with that.

Sometimes, you need a place to unplug and relax, and not feel rushed to run around and see and do everything under the sun. And February 2019 was a time in my life that I really, really needed it.

This hostel was more like a hotel! It had a pool, giant rooms, and my room had a bathroom. I had a desk which was perfect for sitting at and doing work during the day, which was something I so desperately needed after running around from Melbourne to LA to Minnesota. It was really the perfect oasis to unplug and just focus on getting “caught up” both in terms of work (and my tan ;))

This restaurant was a gem of a find in Escazu. It was super cheap – I don’t think I spent more than $5 for a huge meal. I tried Chifrijo for the first time here – a mix of rice and beans, fried pork, avocado chunks, pico de gallo, and unbelievable deliciousness. I went here several times as it was a short walk from the hostel and it was a great meal to enjoy after a long morning of work. 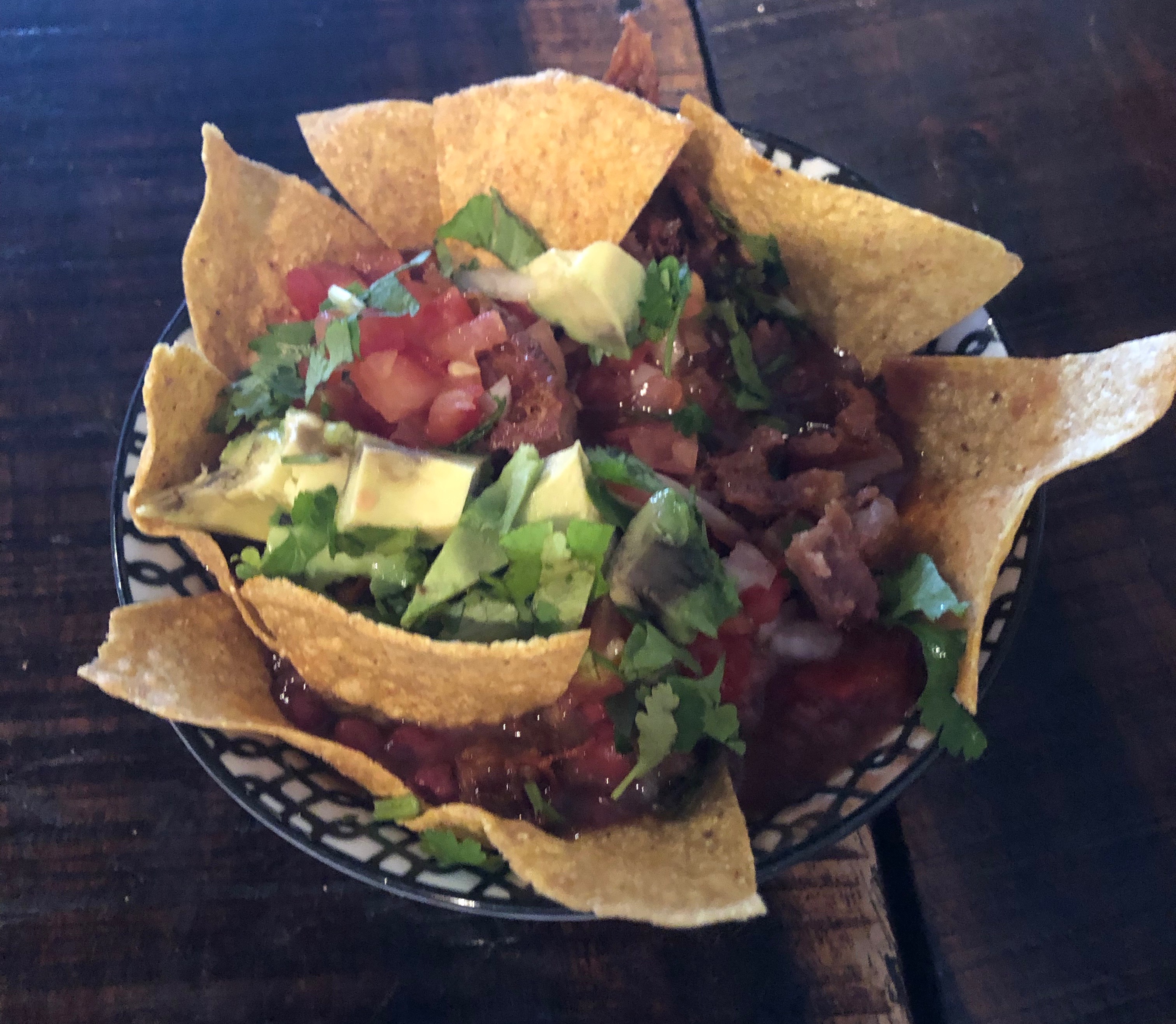 This restaurant was epic and had a huge menu. I went here before my hike and chowed down on this massive steak and vegetables. I felt very “paleo” except for the yummy, mushroom-pepper cream sauce that I doused everything in. The service is fast and attentive and the portions are huge for the low price. It’s a great spot to stop if you’re looking to eat a massive meal and then chill out the rest of the day, I don’t think I ate dinner after consuming this, despite having hiked nearly 3 miles uphill. 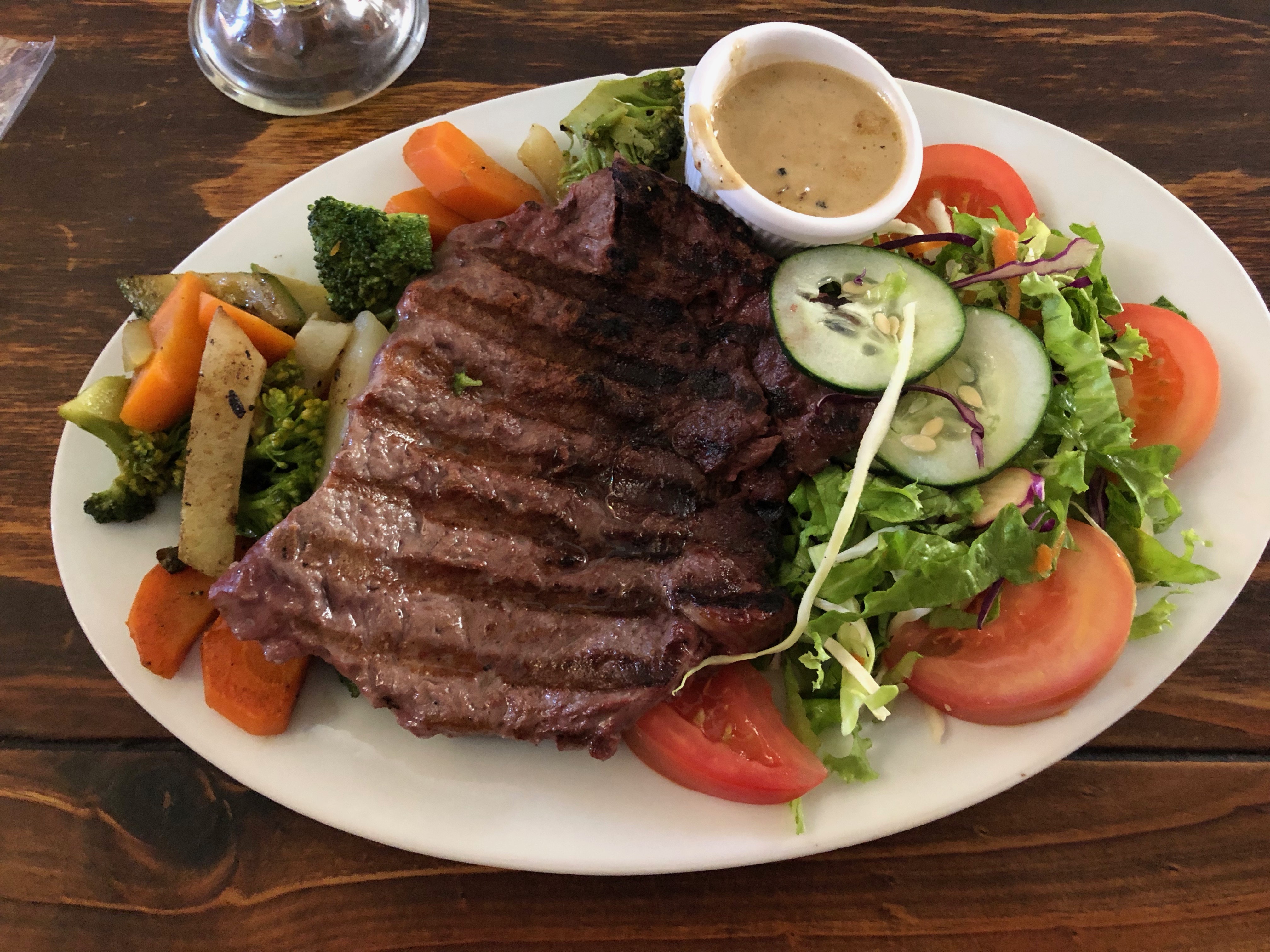 If there’s one thing I can recommend doing while you’re in San Jose, it’s this hike! I found it on the app “All Trails” which I highly recommend anyone into outdoorsy things to download!

The Tres Cruces (or three crosses) is a stunning view of the entire sprawling city of San Jose and the surrounding towns. It’s an intense hike – I took an Uber to the trailhead which was right by a little roadside restaurant and started climbing. 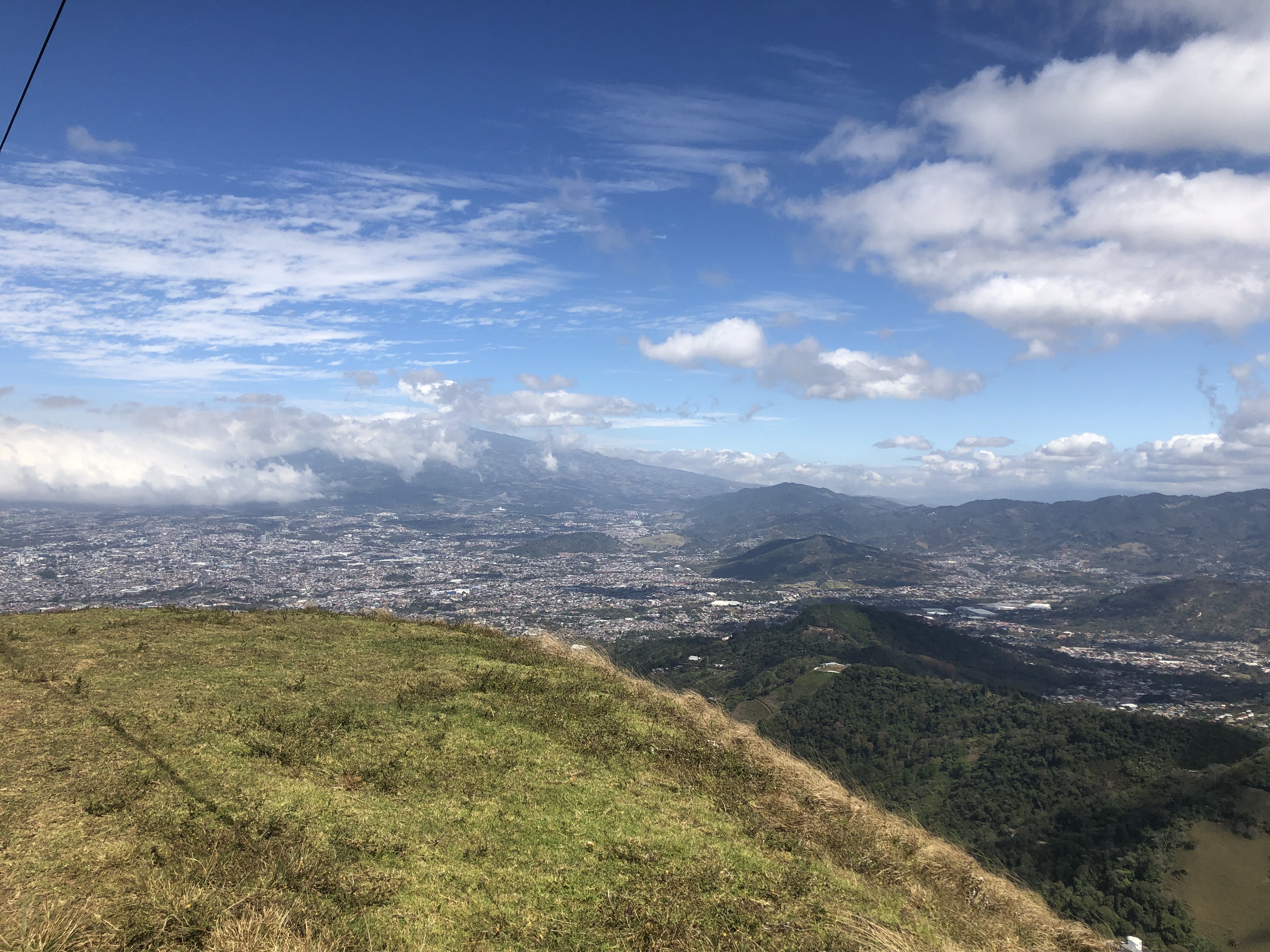 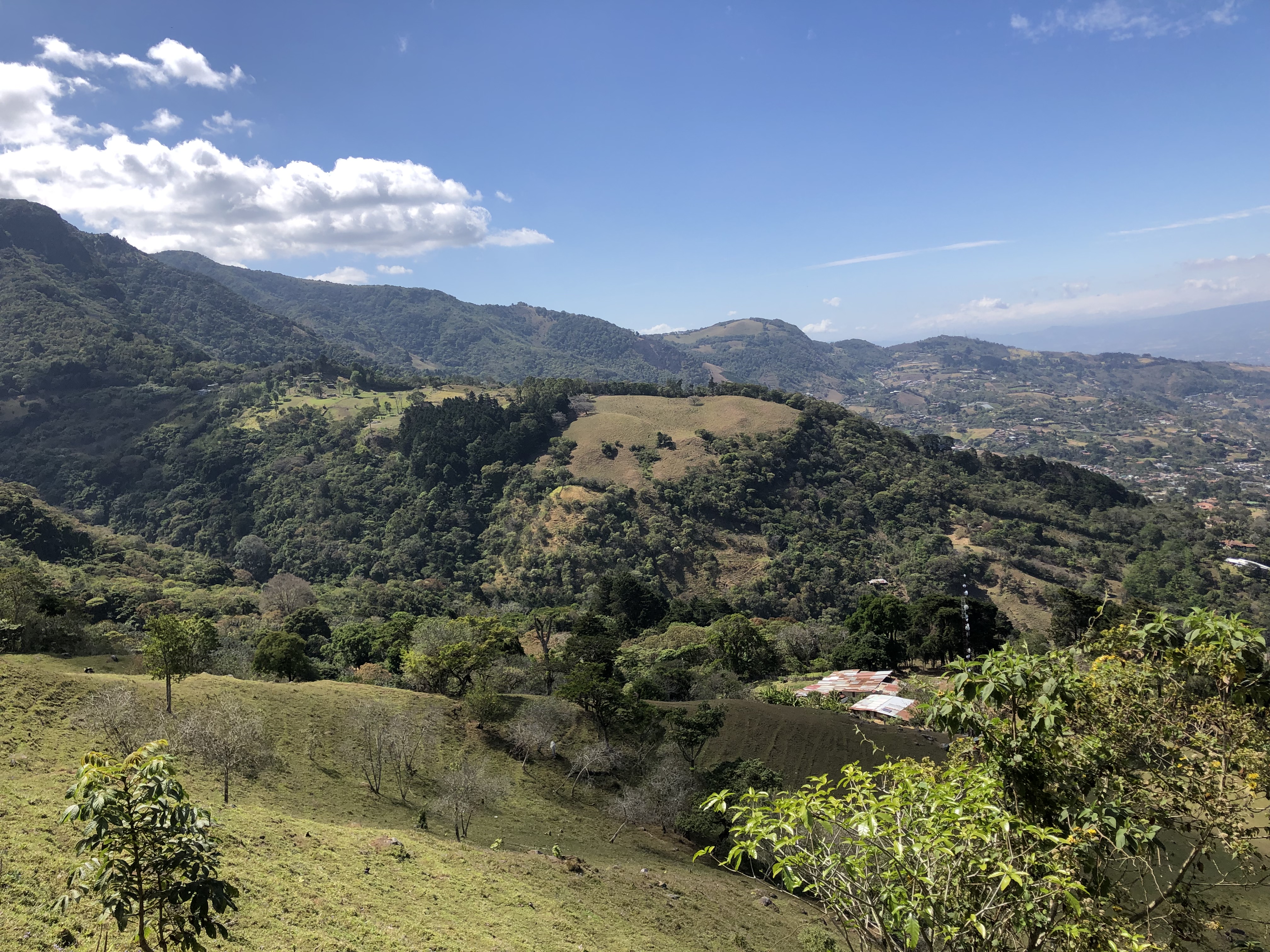 The views on the way up were spectacular. I brought water and snacks with me and wore my sneakers which were enough for the dirt and rock path. I will say – I was almost completely alone during most of the hike (probably because it was a Thursday) and while it was nice to have some peace and serenity, I did think a few times it would be bad if I fell and hurt myself since cell phone service was limited. I only passed one other group of three hikers during the entire 2-hour trek. It’s a good option if you’re traveling with friends, however! 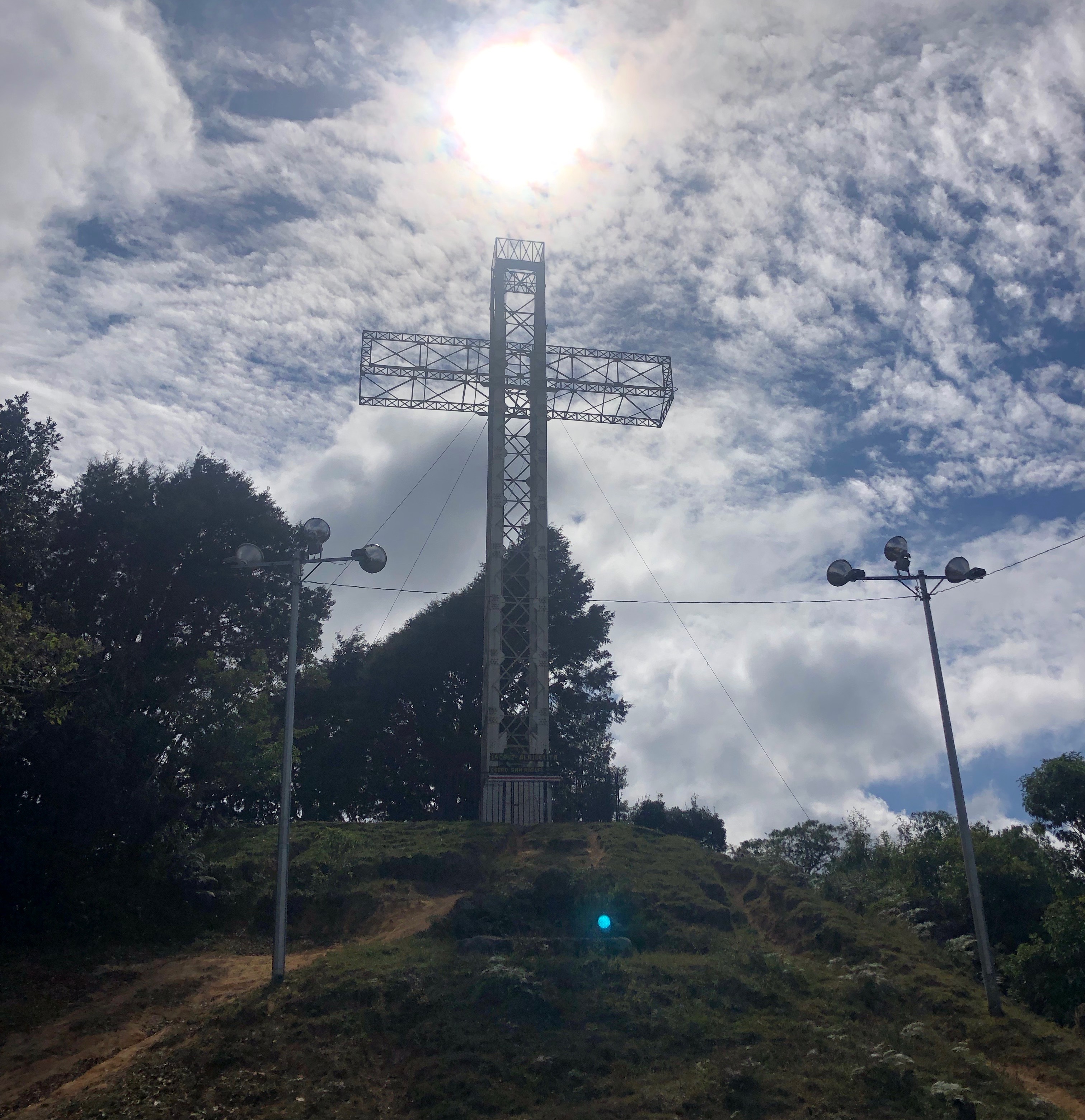 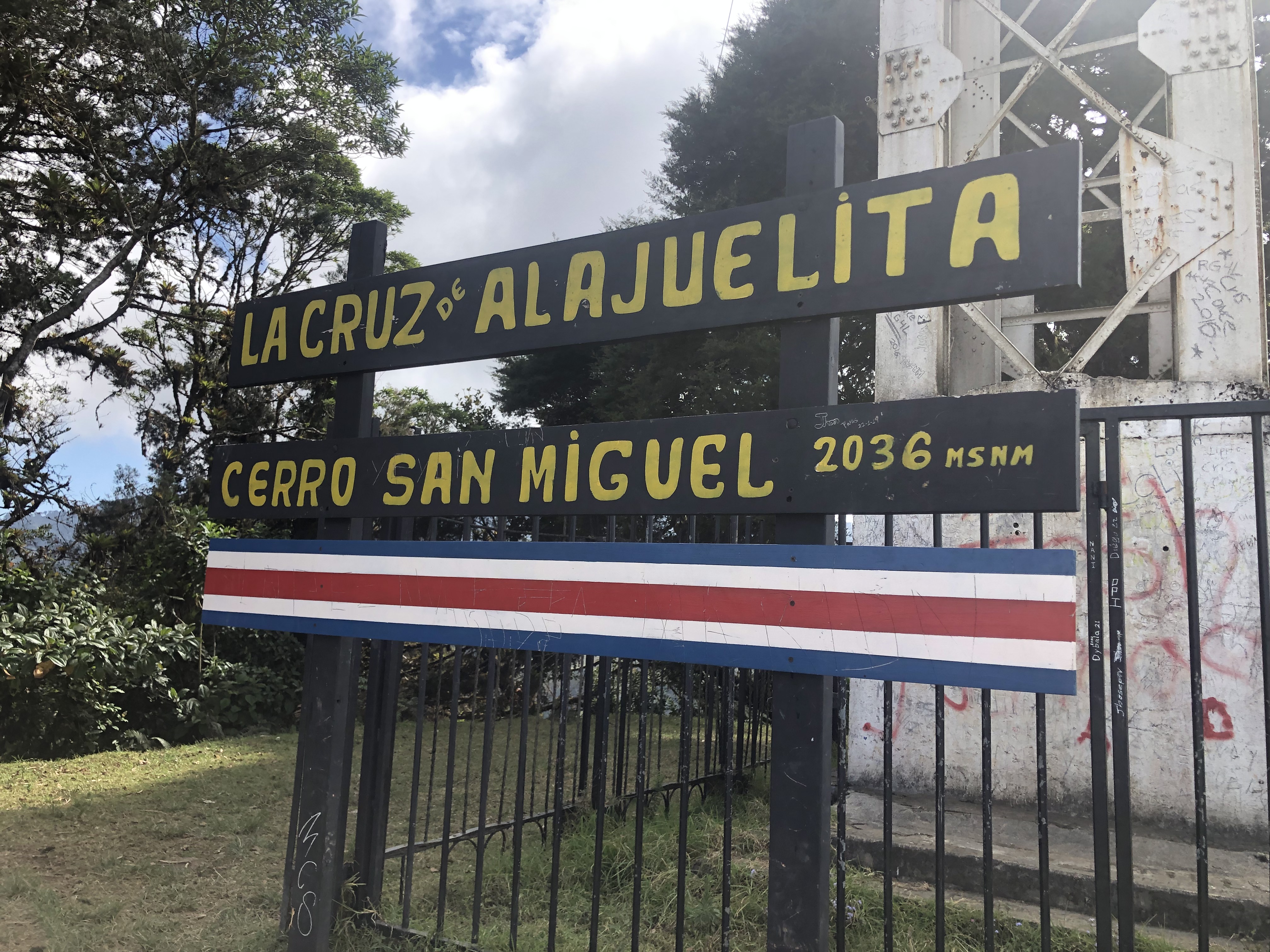 After about an hour and a half, I reached the summit and the final cross! It was a stunning hike overall and something I’d recommend to anyone visiting San Jose looking to get some good overlooking views.

After the four days on my own in Escazu, I hopped in an Uber to head more central in San Jose, to the Radisson hotel where my friend would meet me. It was a huge hotel, with a giant pool, hot tub, and restaurant. It also has a Gold’s Gym inside, which was great for getting in a workout during the day.

A buffet breakfast is included every morning, the rooms were spacious with big beds, and it was a great spot to relax for a few days before heading off into the mountains and the jungle for our excursions. 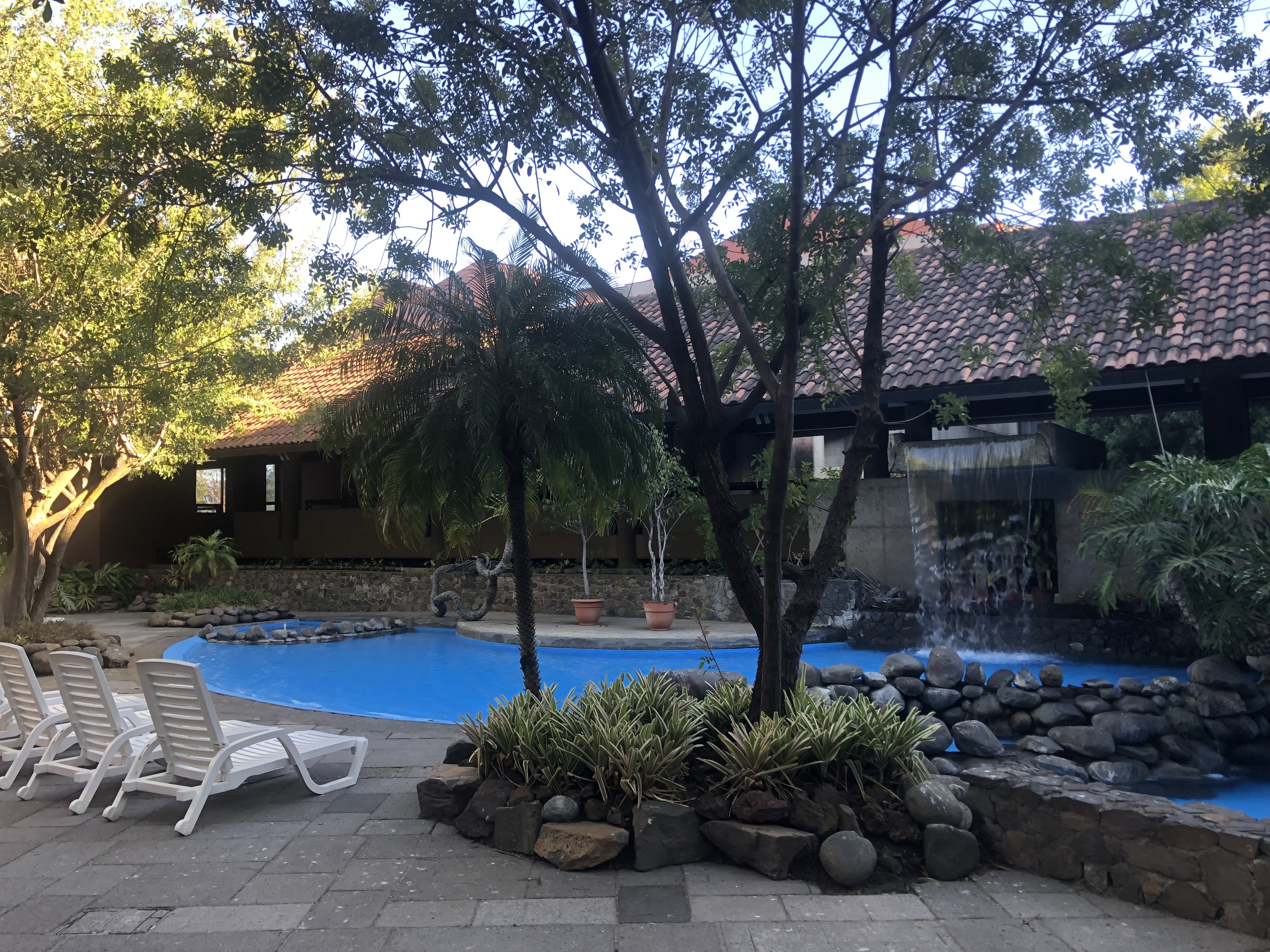 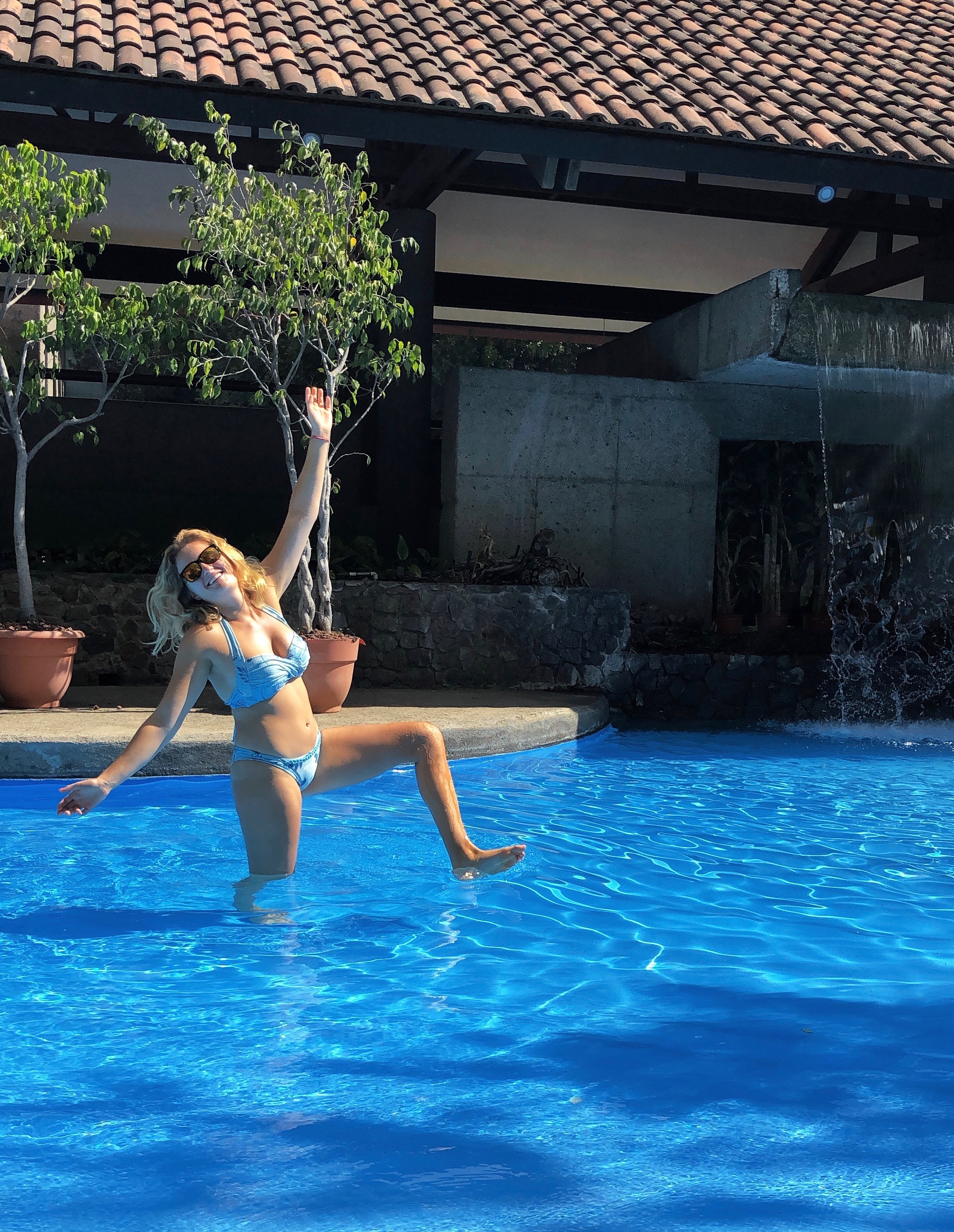 I’d be lying if I said we ventured out of the hotel to find local food while in San Jose. It just wasn’t an appealing idea, and we only really had 1 full day, so we spent it poolside and ate our meals in the restaurant. The restaurant was great – albeit expensive for Costa Rica. 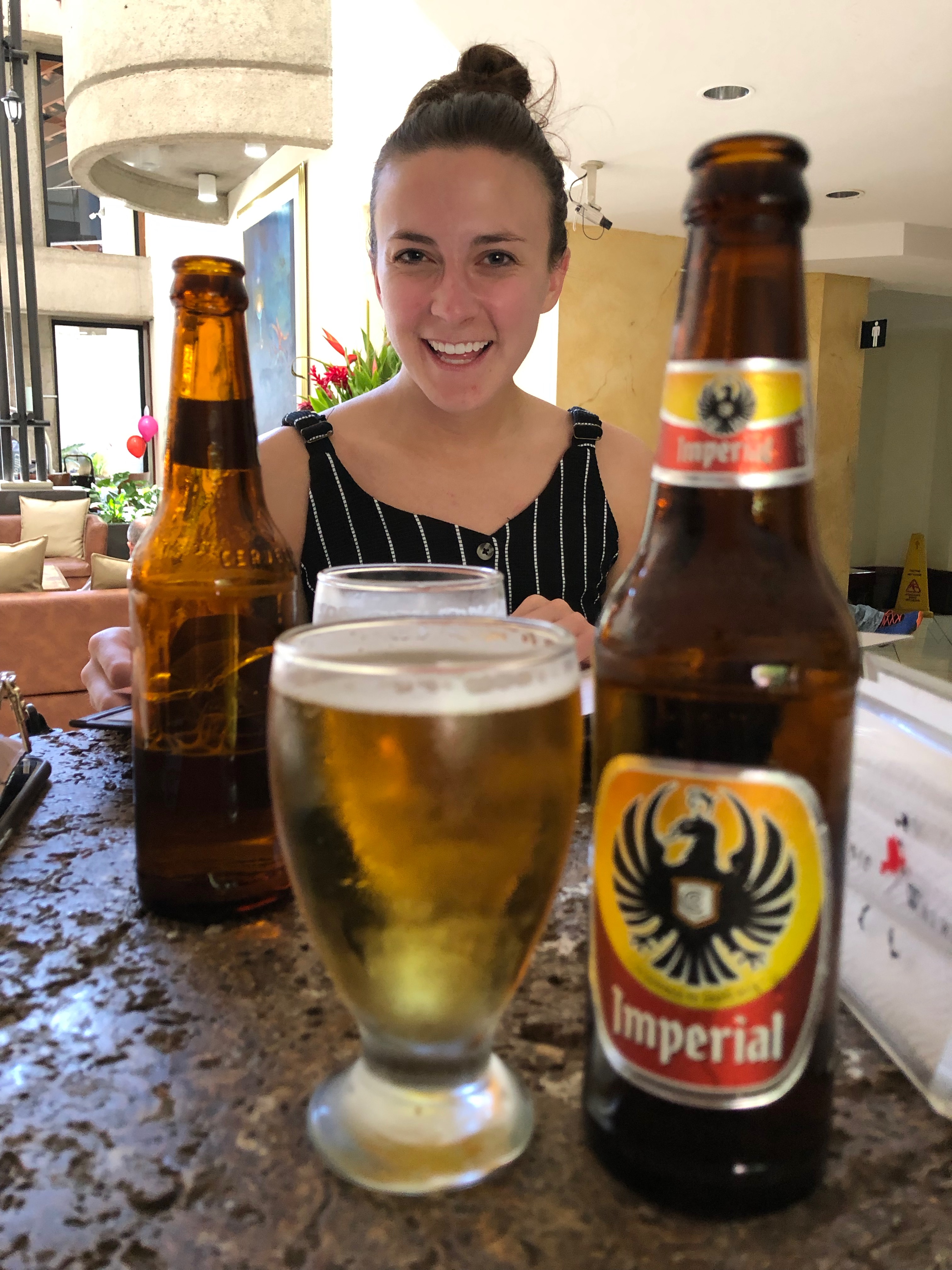 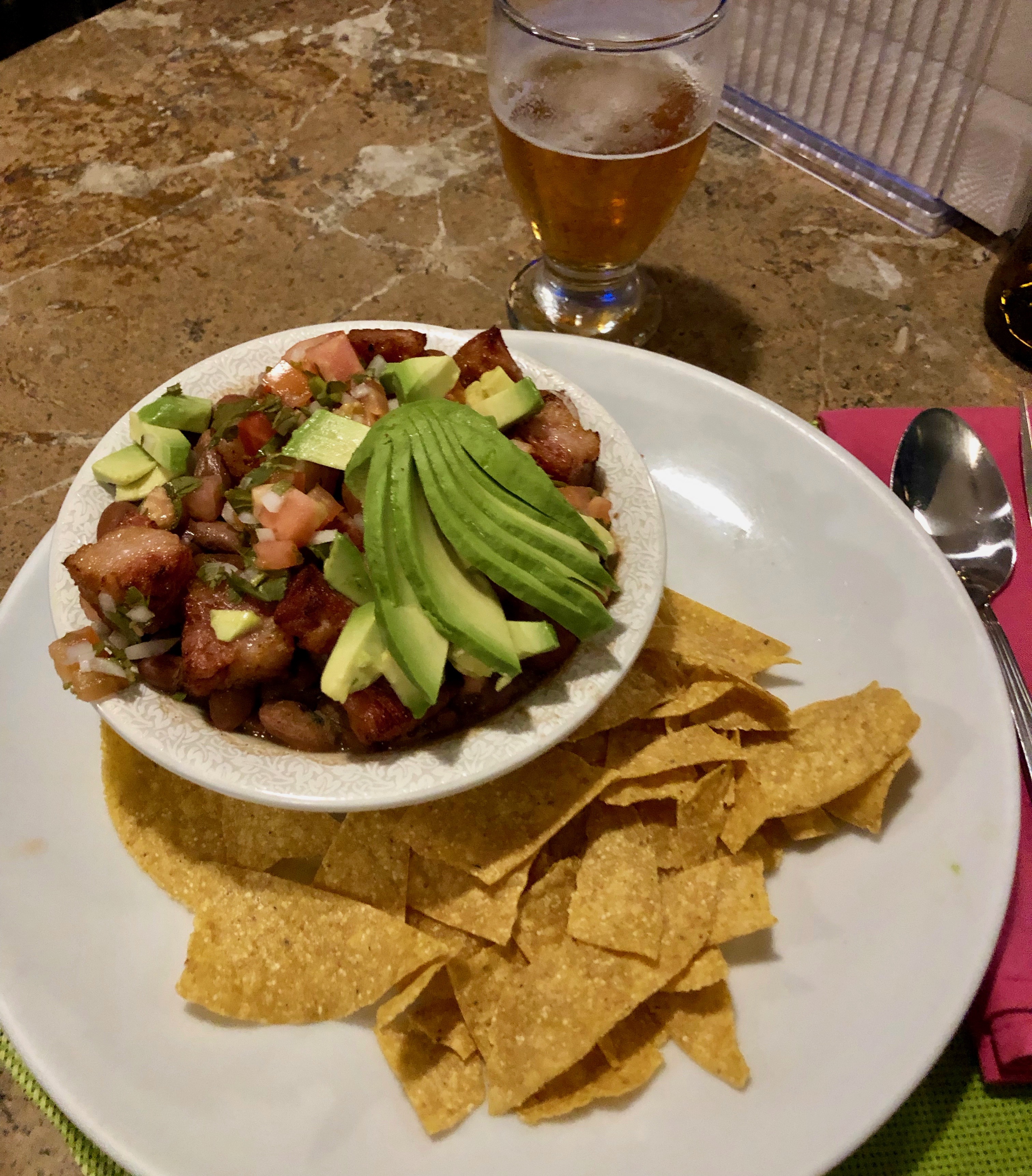 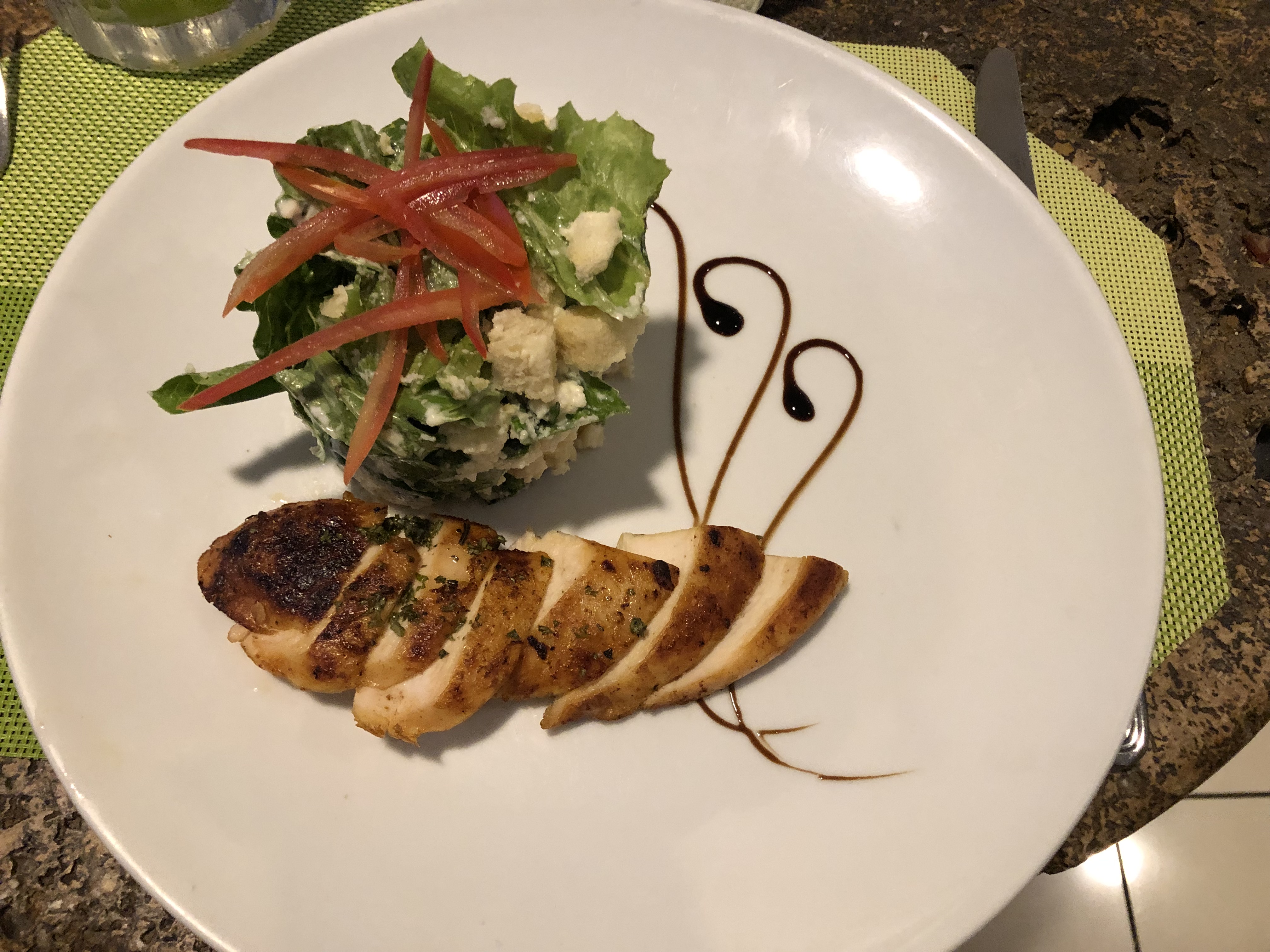 Overall, San Jose wasn’t a city I’d want to revisit or recommend to travelers, but to be fair, I didn’t do much exploring. It was, however, a place with some excellent hotels and sunny, warm weather, which was much needed after nearly freezing for a week and a half in Minnesota.

Have you been to San Jose? Do you recommend something that I missed out on? Let me know!