For one of our days in Bali, I attempted to piece together a day-excursion to various sights and “must-sees” of the island. Being guided by travel blogs and TripAdvisor, I put together a 3-stop tour around different highlights of Bali. While the day didn’t exactly go according to our plan and some of these spots ended up being a bit disappointing, it was still nice to do something different than lounge around a beach all day during our vacation in Bali.

When you’re in Bali, you can absolutely pay for guided tours and other experiences that are all laid out by a tour or travel agency. For this particular day, we coordinated a driver from Grab (essentially Uber in Asia) and had him take us around. It was pretty easy and he was a nice, easy-going guy. The biggest struggle of getting around in Bali is the traffic – so if you’re planning a multi-stop day excursion (or any excursion, really) start EARLY in the morning.

Stop one was at the Goa Lawah Temple to witness a bit of a Balinese Hindu ceremony. Bali is the only Hindu-majority province in Indonesia, and Balinese Hinduism is different from other forms of Hinduism. The ceremony was really interesting, and even though we had no idea what was going on, it was fascinating to sit and watch other people practice a religion that we have minimal exposure to in the west.

This is a very holy place and behind the temples and shrines and behind the structures is a network of caves. The caves are FULL of live bats flying around and hanging out in them, the reason why this temple is also called the Bat Cave Temple. 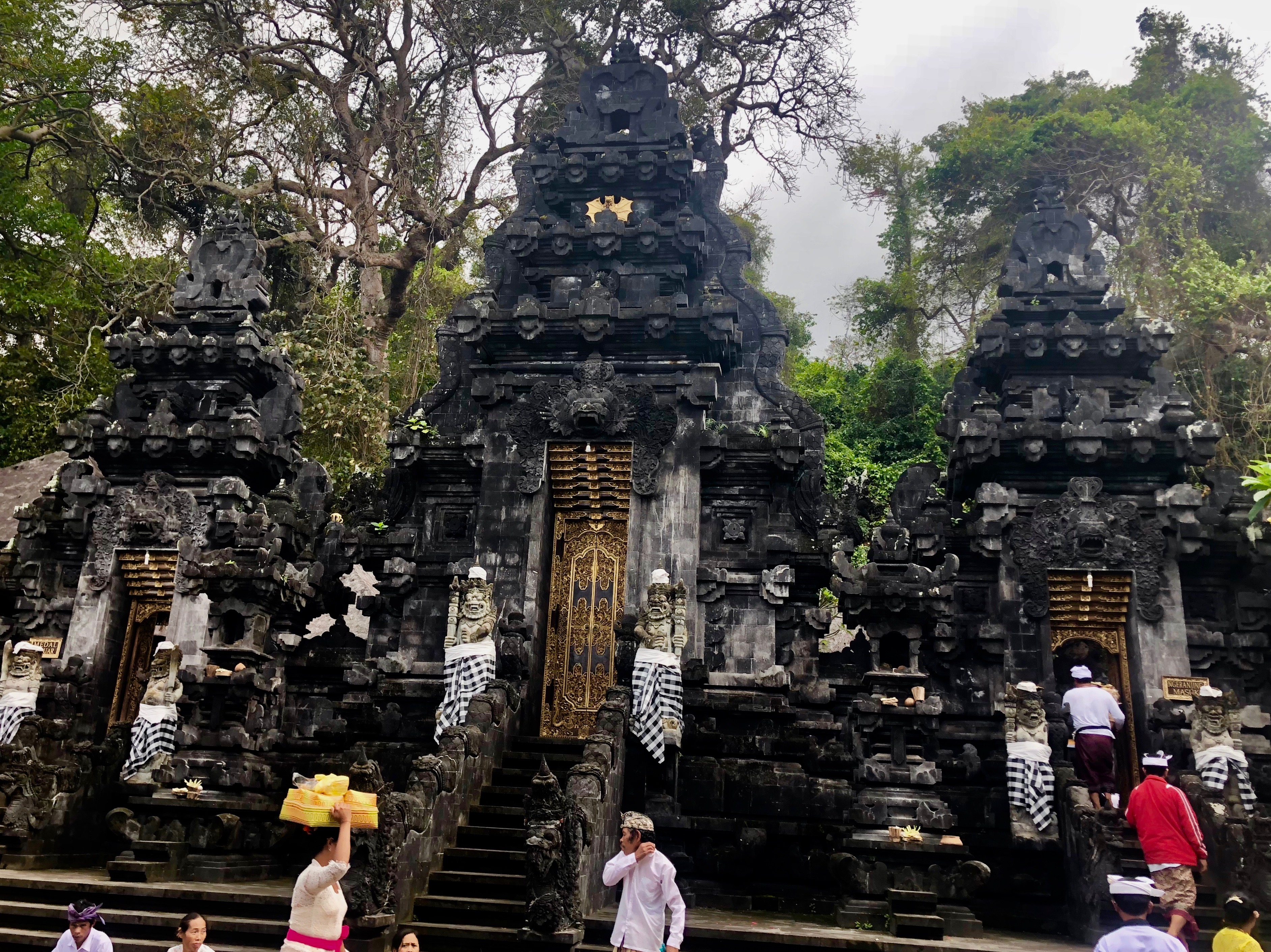 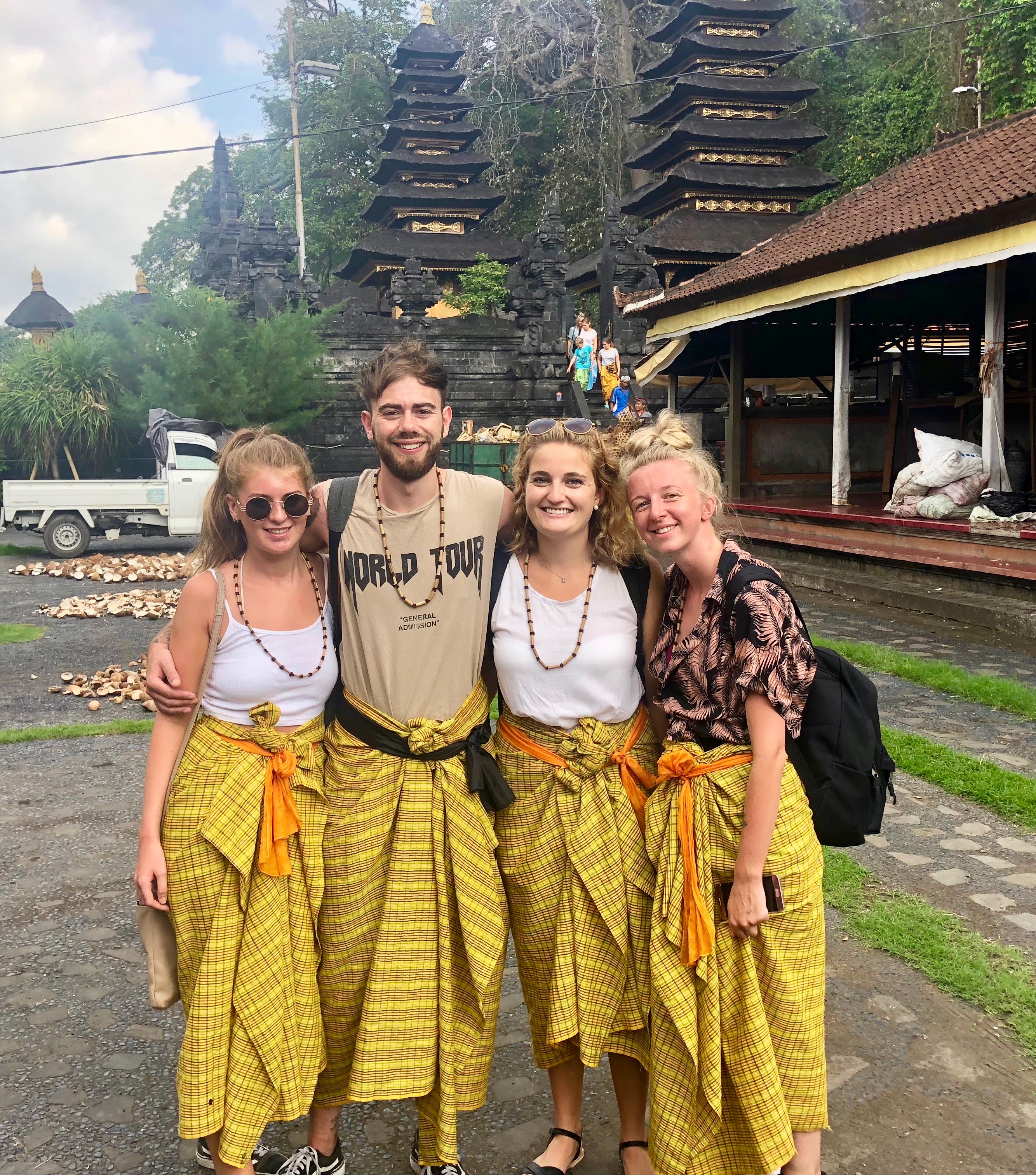 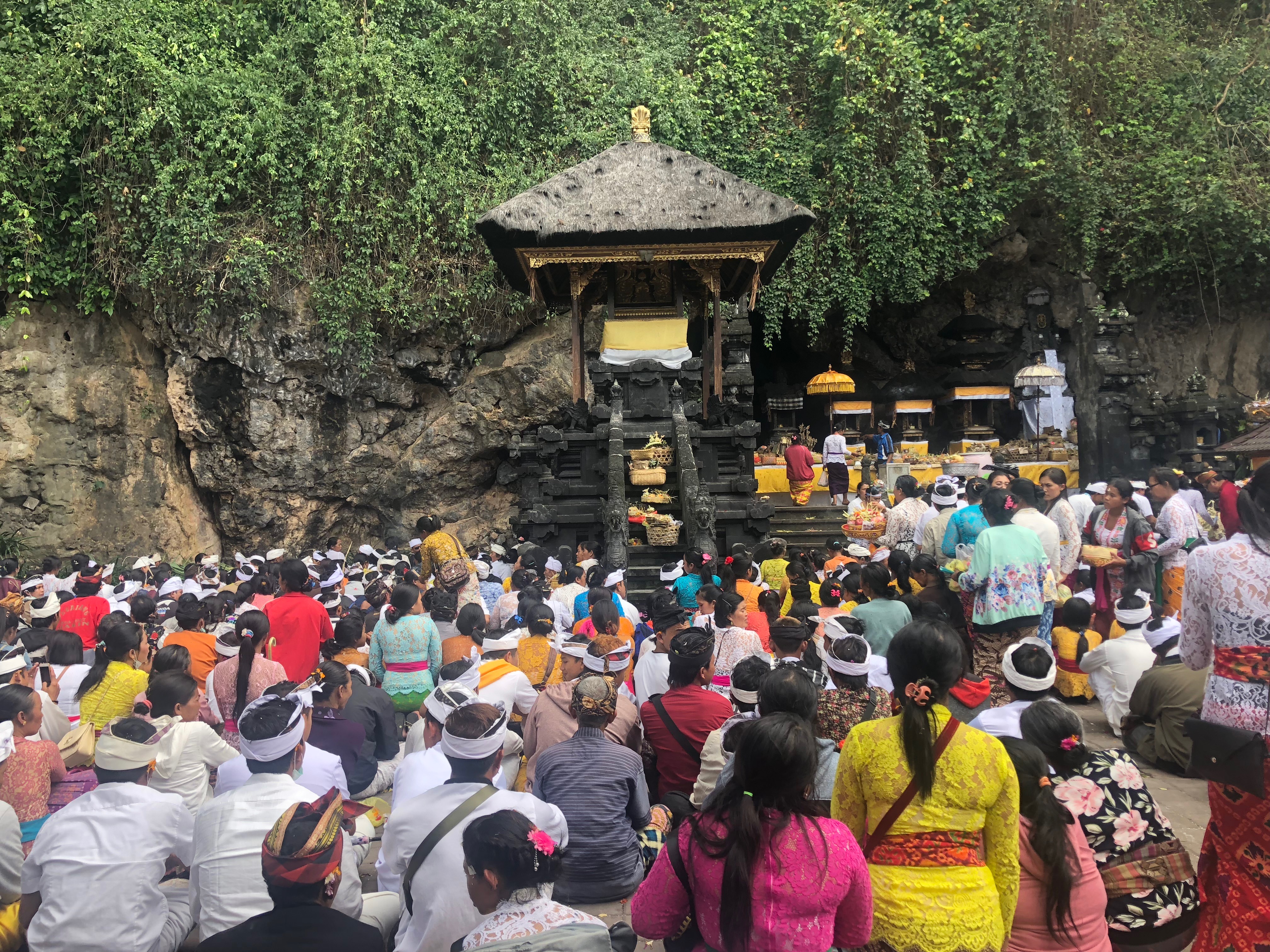 This waterfall was beautiful! It takes a brief walk down a path and some stairs to reach (careful – they are slippery!) and then you’ll reach the waterfall and pool basin. I really loved this spot – it’s super quiet, besides us there were very few people around, and it provides a quiet nature walk to enjoy and soak up a bit of the jungle of Bali. You’ll probably also get to witness some cringe couples photoshoots while you’re here, so enjoy the ridiculous posing as you walk around the stacks of rock cairns.

One little warning for DRONE photographers – for whatever reason, the valley that this waterfall is in totally kills a signal between a drone and the remote. I still flew mine for a little bit and it was okay, but thankfully a local sitting by the falls was there to warn me to not fly it too far out of range. He said a lot of people lose control and crash their drones here – so get the shot but don’t go crazy! 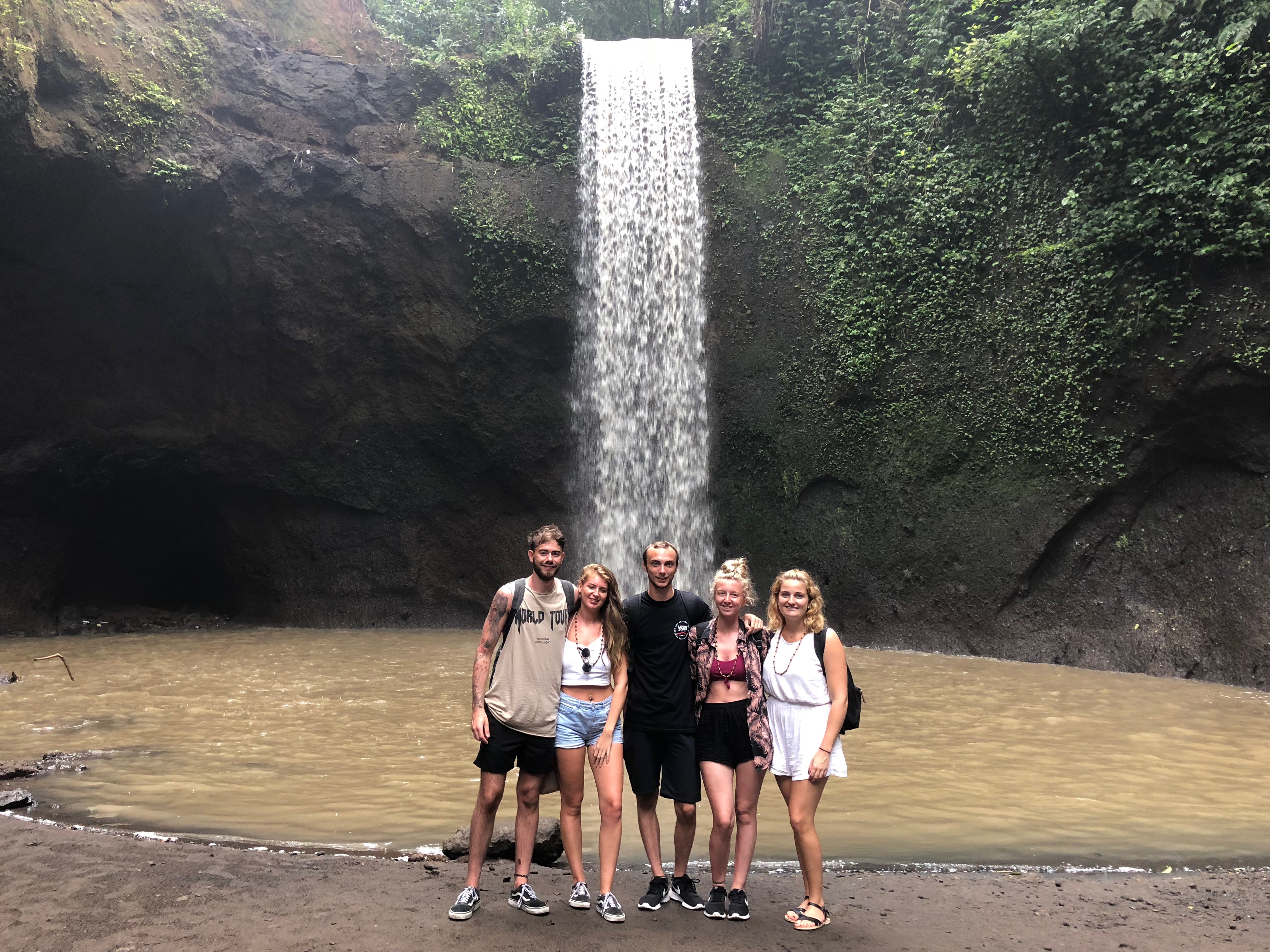 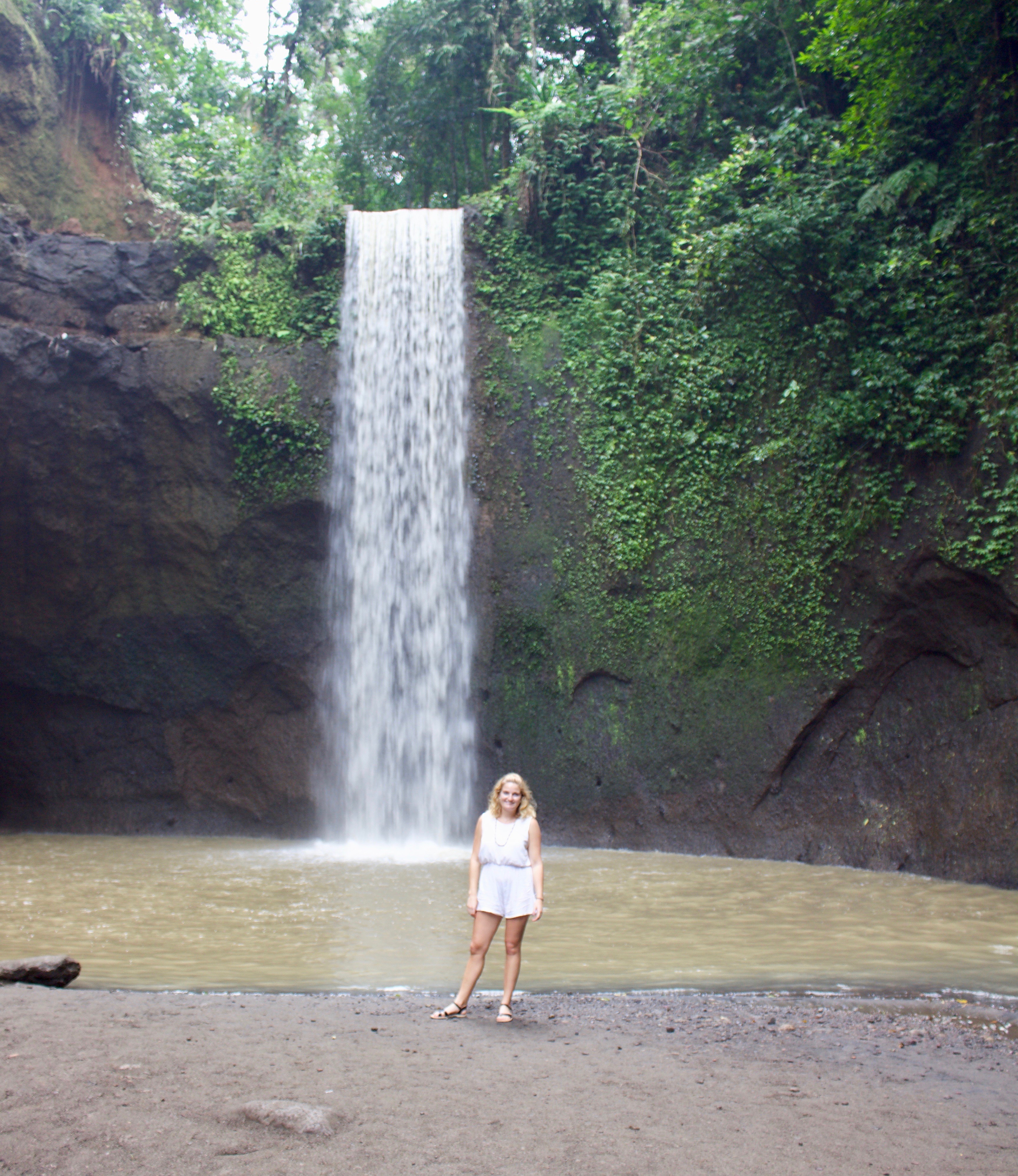 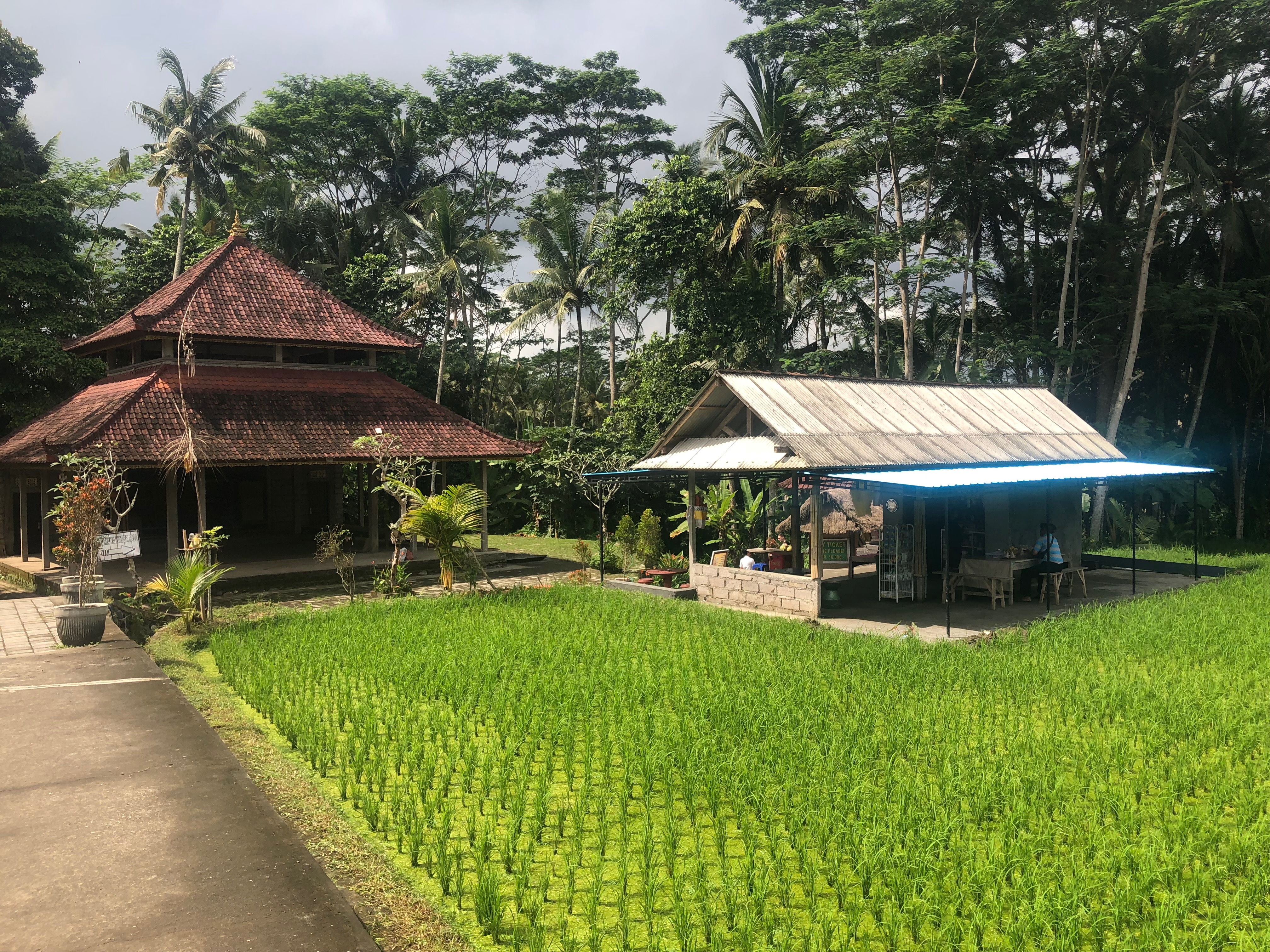 This was the final stop on our day trip. I’m not sure if it was because we were tired from hauling around the island, sitting in traffic, and dealing with crowds, but this was definitely a place I’d say to skip if you’re visiting Bali. It’s so touristy, essentially just a hillside of rice terraces littered with tacky souvenir shops and crappy restaurants. The whole thing felt like a scam – with people trying to get money out of you for every few steps you’d take along the rice terraces. It was just gross – a total tourist trap. Sure, the rice fields were pretty and you can get a picture with a giant BALI sign in a heart, but I’d say SKIP this spot if you’re short on time. I’m sure there are more stunning rice terraces in other spots in Ubud with fewer people and without people trying to sell you stuff and rip you off at every turn. 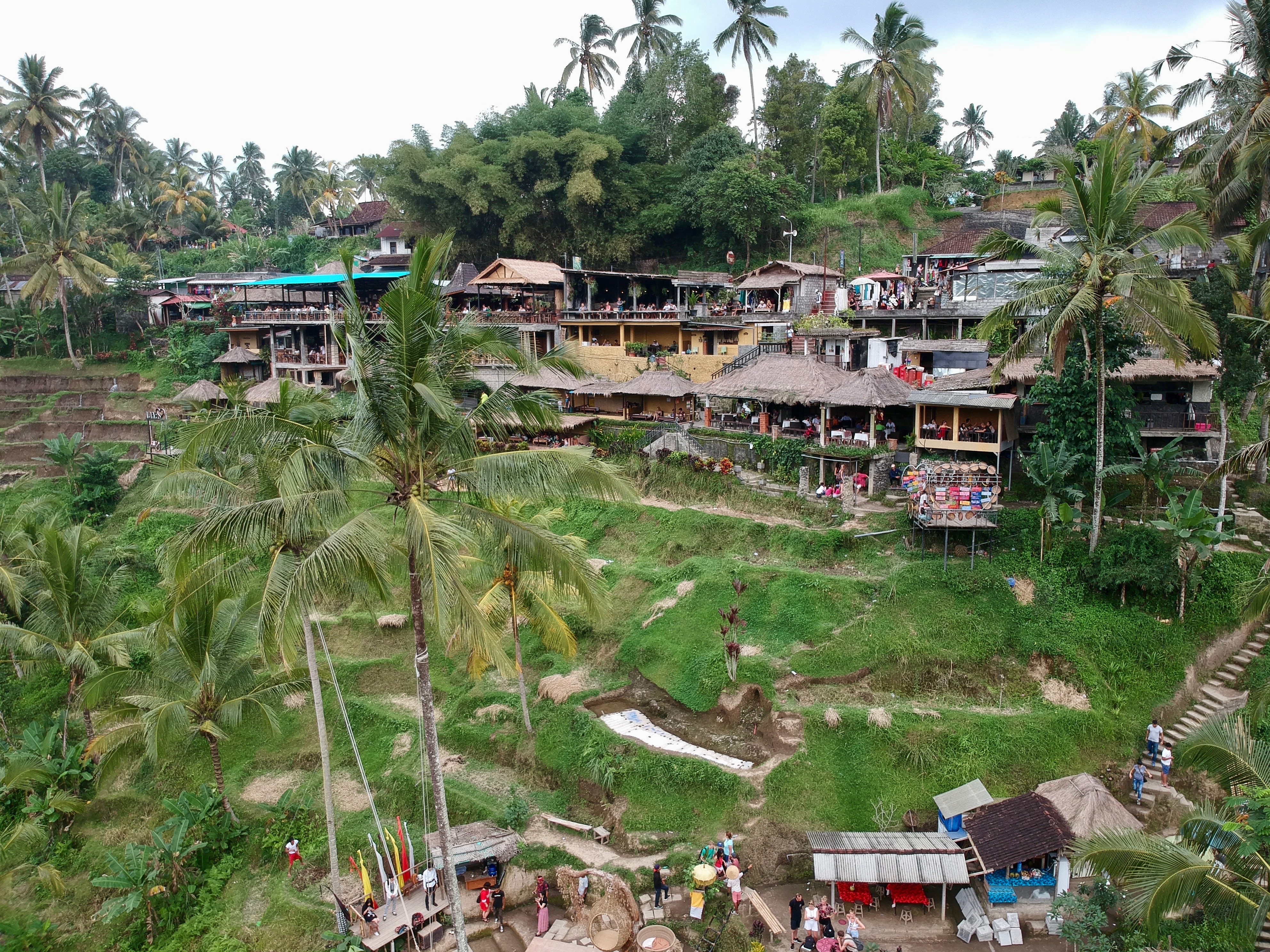 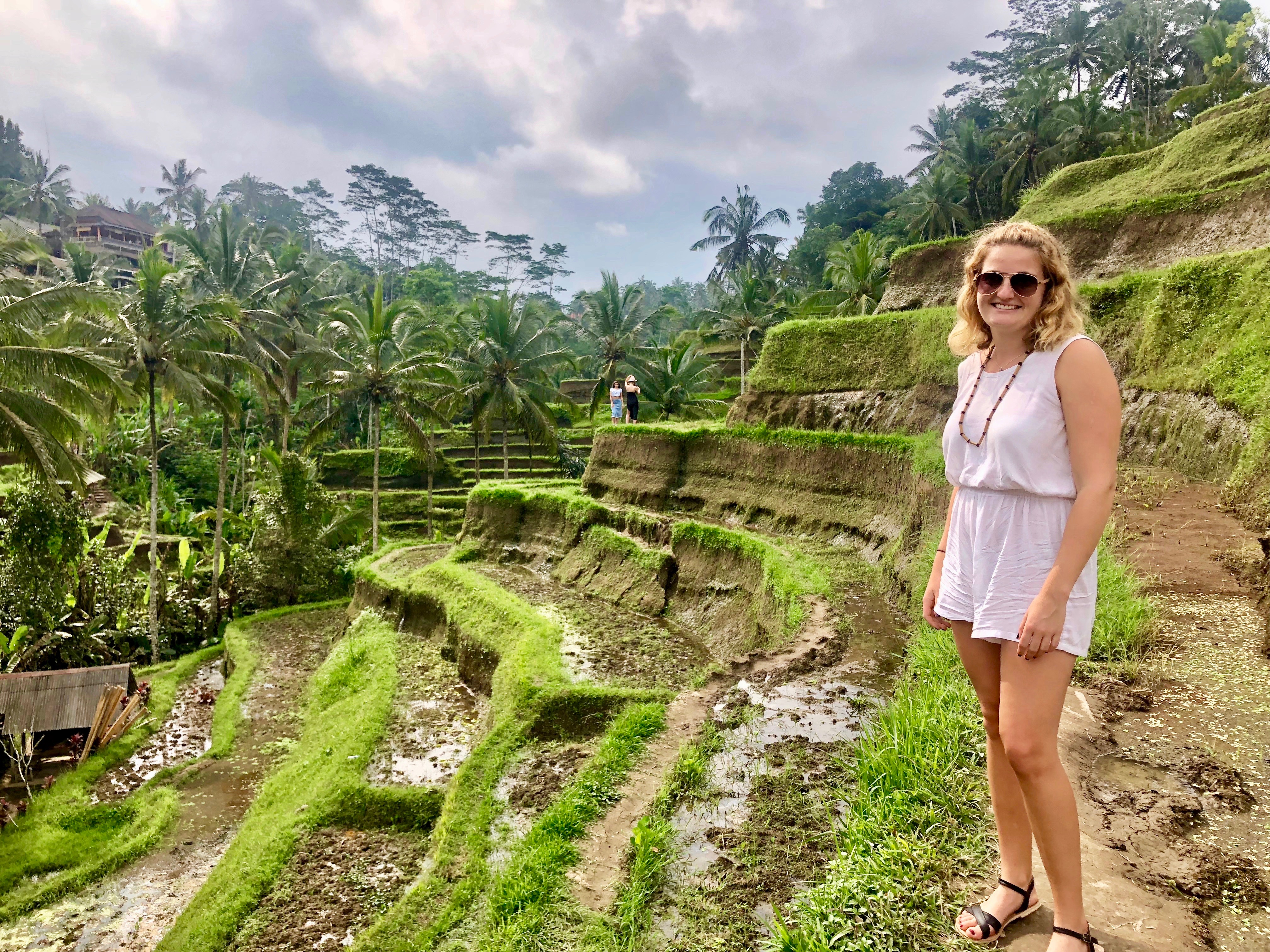 Overall I really enjoyed this day trip, but I will say it got a bit long especially with the amount of time spent in the car in traffic. This is the one conundrum about maneuvering around an island – even though it’s such a small speck in the ocean, it takes forever because the lack of public transit, the dense population, and heavy reliance on cars and scooters to get around. Thankfully apps like Grab make it easier – definitely download it when you travel around Asia.