After an eleven-hour flight from JFK, we officially landed in Cairo, Egypt, the start of our adventures in these ancient lands, which would include tours not only in Cairo but a cruise down the Nile River. To say I was excited was a massive understatement – this was the beginning of a huge adventure that I could not wait to have – with a bunch of my family members too!

This buzzing metropolis was quite the starting point of the adventure. We had nothing planned for our first day, which was nice for relaxing  We stayed at the Marriott Hotel, a massive complex connected to the Omar Khayyam Casino. It’s an elegant hotel; a massive complex with restaurants and shops and a pool. 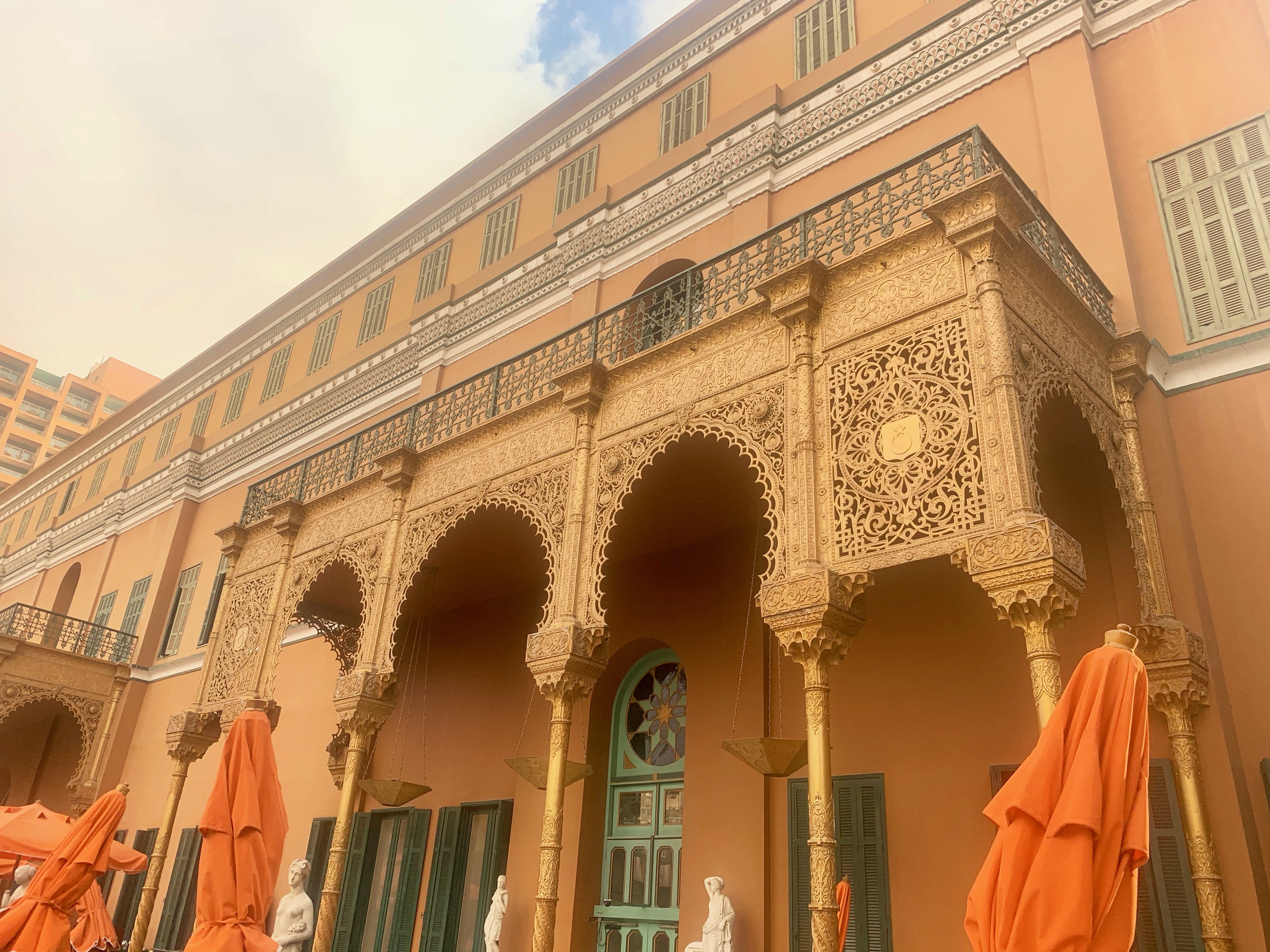 The traffic in Cairo is unlike any sort of chaos I’ve ever seen – with cars weaving in and out of imaginary lanes, lots of acceleration and slamming on of the brakes, and no one obeying any sort of right-of-way laws. I would not recommend anyone visiting Cairo to rent a car… book a guided tour or take taxis to get around. It’s insane!

The Cairo Museum of Antiquities

This was the first stop on our tour around Cairo and the beginning of what would be many tours in Egypt. The current Cairo Museum sits right off Tahrir Square, the site of the 2011 Egyptian Revolution that led to the resignation of President Mubarak. A new museum is being constructed in Giza, which is set to open in 2021. The Cairo Museum is chock-full of artifacts, including mummies, jewelry, sculptures, and sarcophagi of pharaohs. We spent about 2-3 hours here, learning tons of information that would kickstart our trip with our guide, Bassem. He was fantastic, even though it was a long time to be wandering through a museum, he kept the content interesting and engaging. 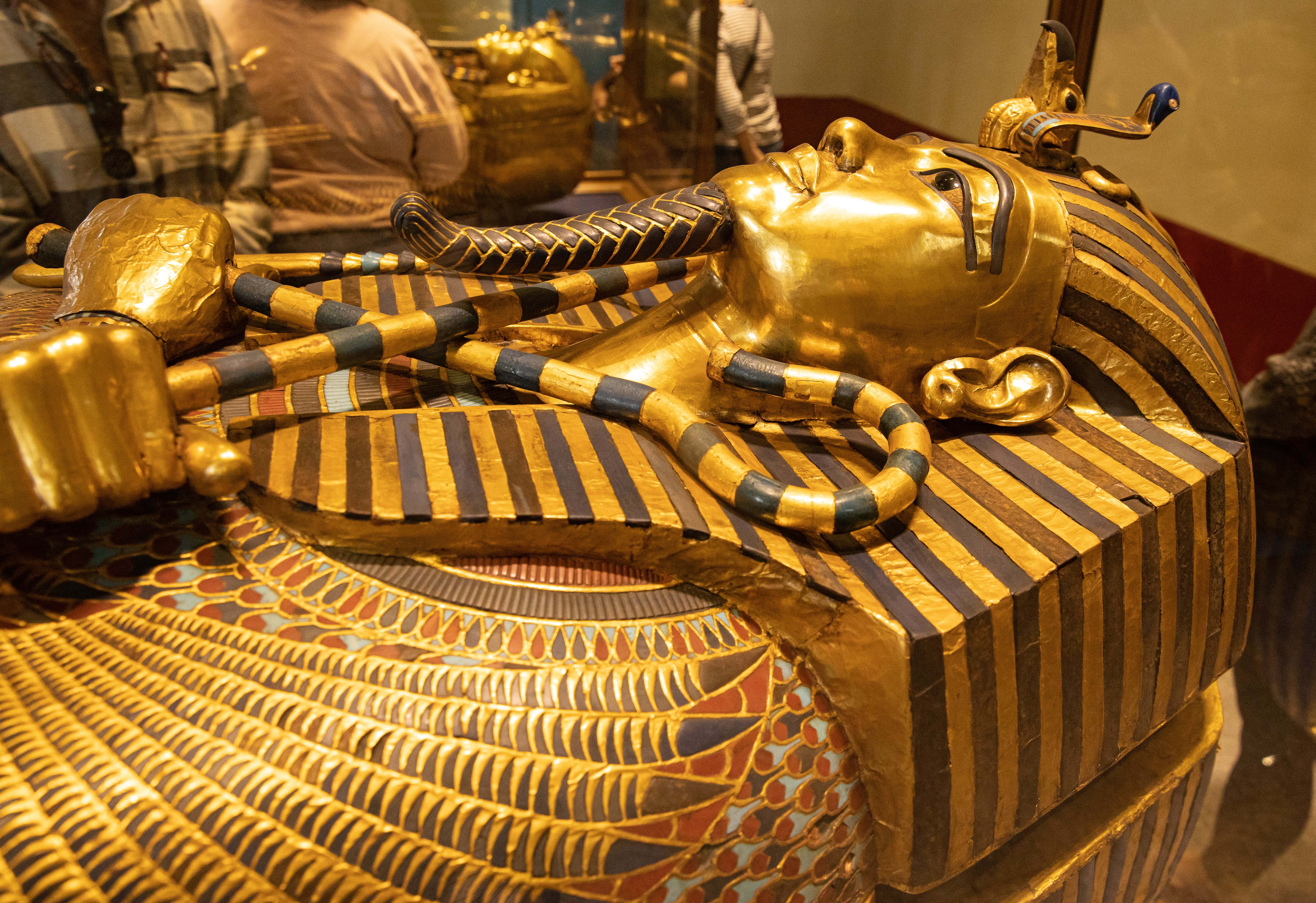 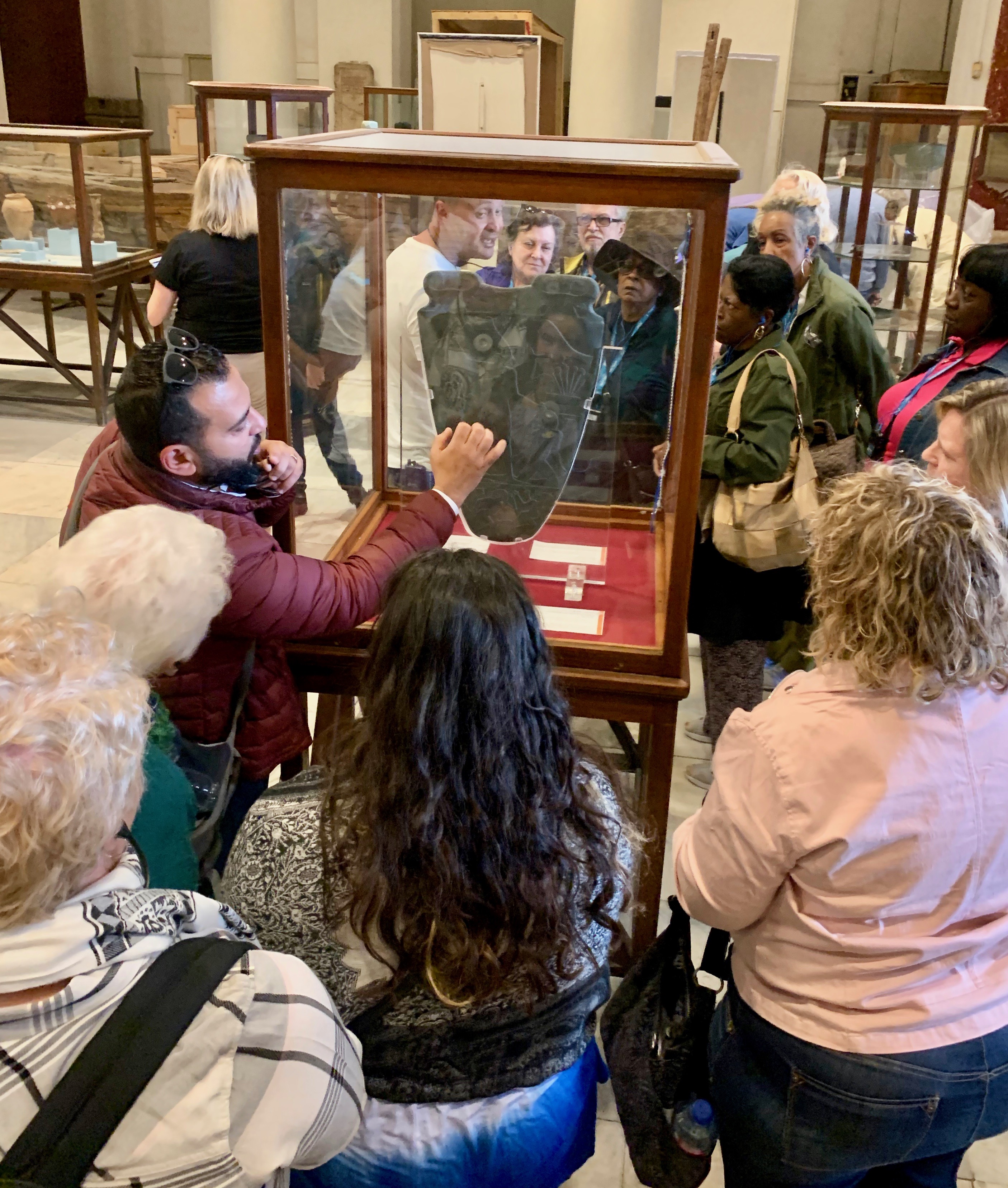 I will be honest and say that touring the Cairo Museum was not my favorite tour we did, as the museum is very crowded and noisy and run down, with 3 bathroom stalls for the entire giant complex.  The exhibit of Tutankhamun alone, though, made it well worth the long day. The new building for the museum looks much bigger and will be more comfortable for tourists in the future, a great improvement for all the amazing things that Egypt has to display.

The Hanging Church of Cairo

Another stop on our adventures around Cairo was the Hanging Church, certainly the most famous church in Egypt. It’s a “hanging church” because the nave is suspended over a passageway. It’s thought to have been built in the 7th century, after the Islamic conquest of Cairo. It’s an important part of Christianity in Egypt and is a gorgeous building to see during a visit to Cairo. 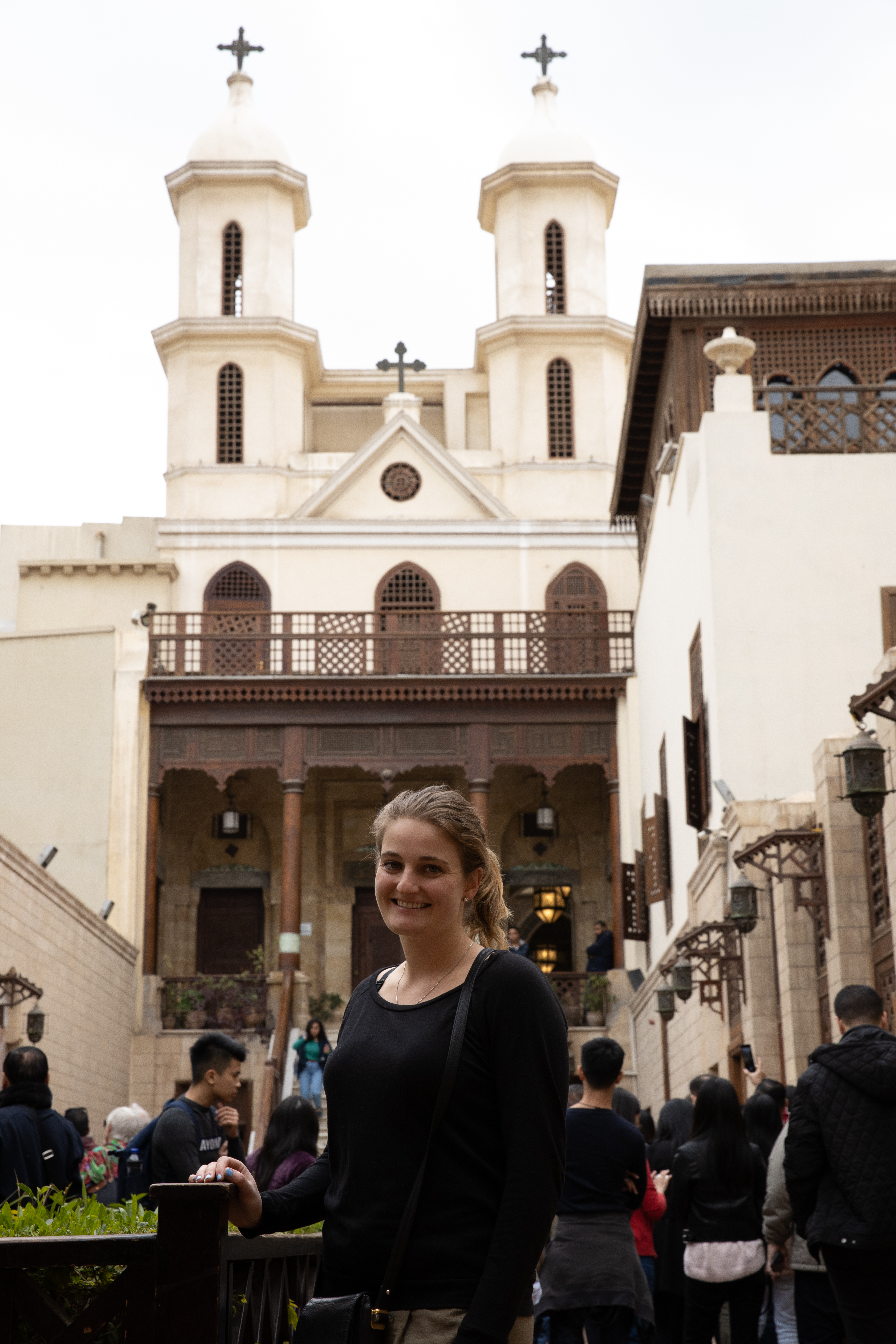 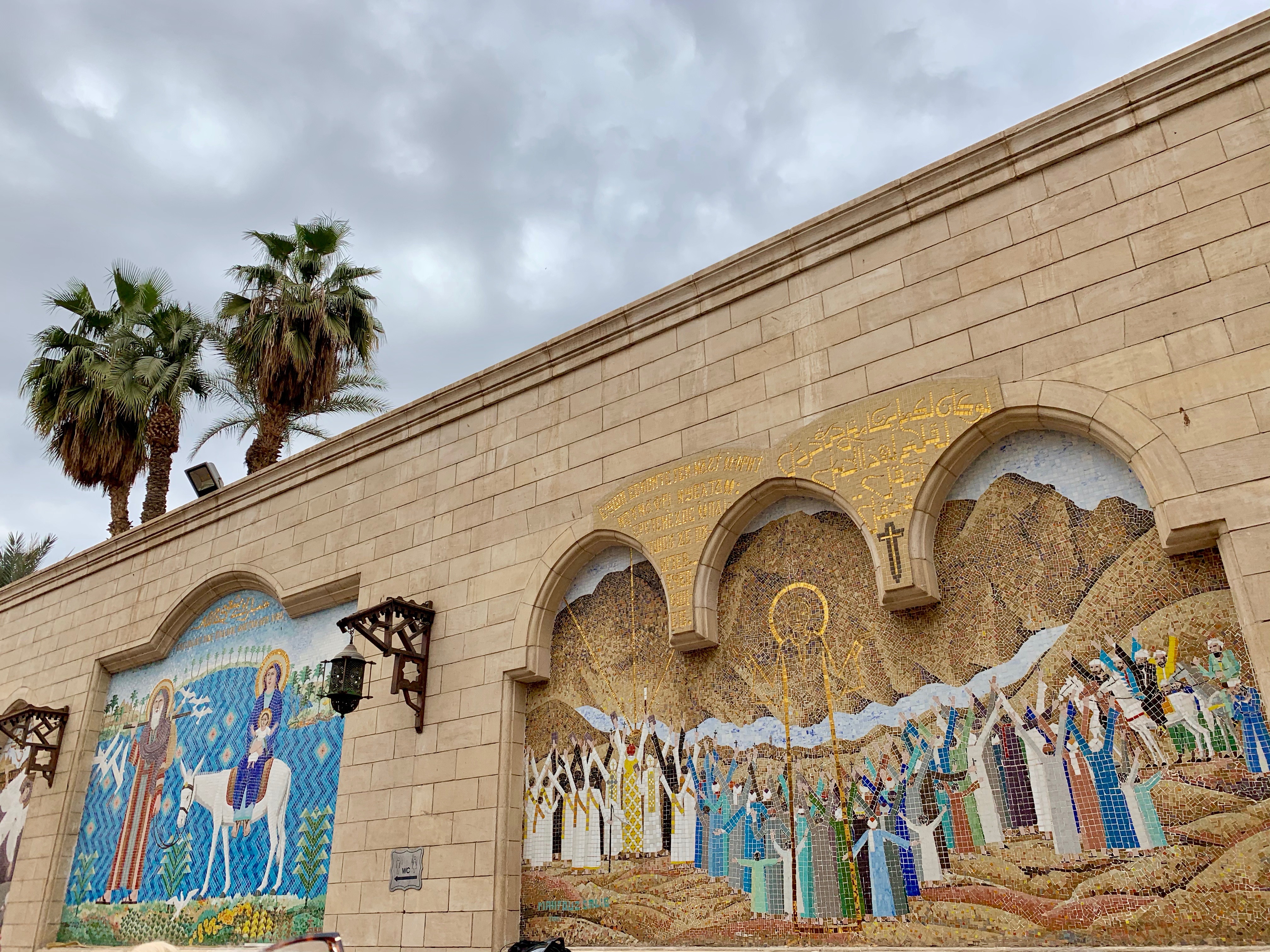 Of course, the highlight of traveling around Cairo was undoubtedly seeing the Pyramids. They’ve sat in Giza for over 4000 years and are spectacular sights still to this day. On our tour, we walked the main area of the Pyramids where you can enter one of them to see the inside. I did not do this, as it sounded very claustrophobic, but my cousin did and he enjoyed it but did confirm – it’s hot and stuffy in the Pyramid, and you have to crouch for much of the walk. 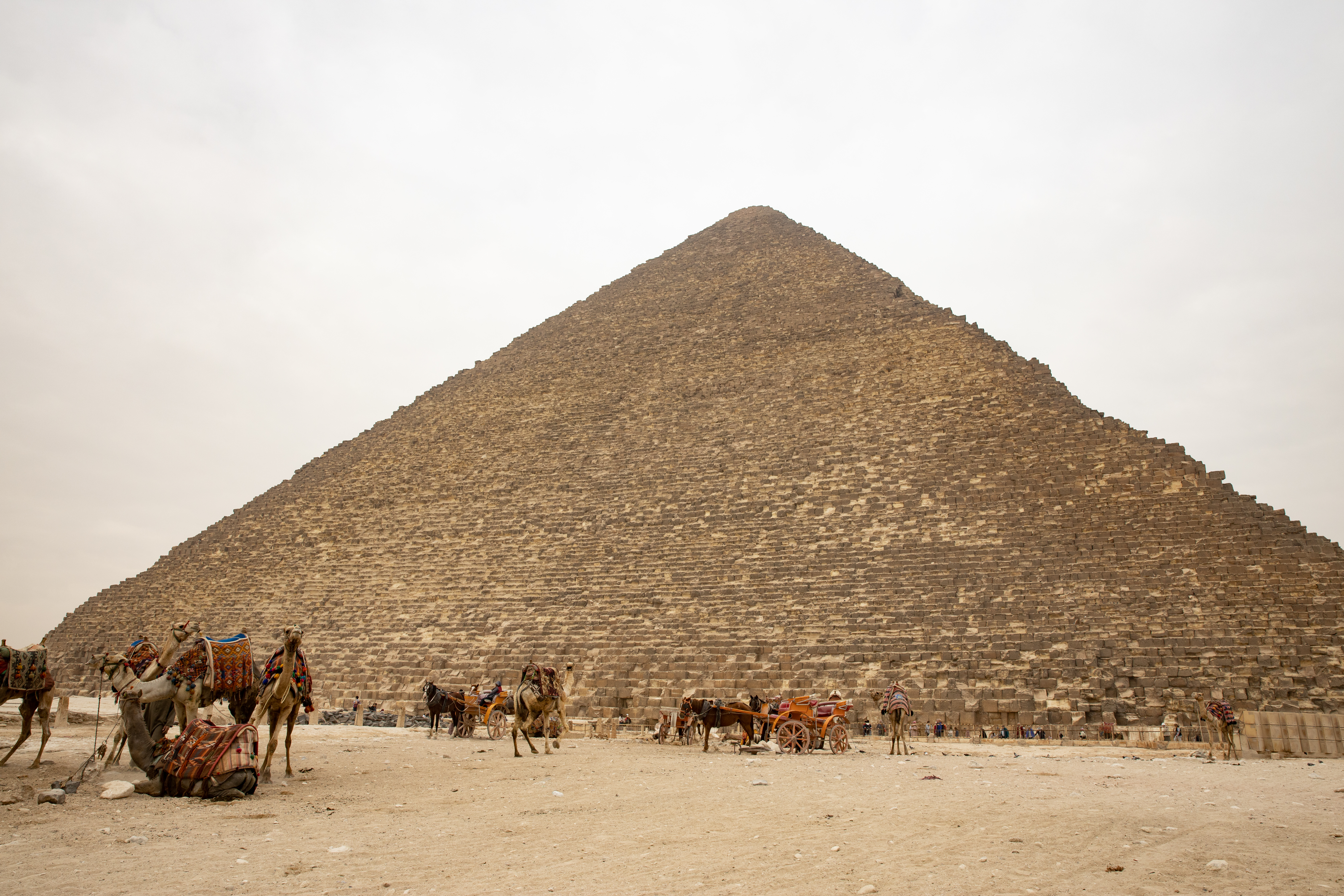 After seeing the first part of the Pyramid complex (Cheops and Chephren) we got back in the bus and drove farther, around the side, where we took a camel ride out to a great view. I was shocked when there were surprisingly few tourists to get in our photos after the camel trek, I truly thought it would be way more hectic than it was. However – listen to your tour guide when it comes to dealing with the cameleers – they will do everything they can to try to make extra money off of you, even if you’ve tipped them generously. They are friendly but have no problem hustling tourists. Some people say they found the pyramids to be anti-climatic, but I disagree. The feeling of seeing this ancient, massive structures was enchanting – I felt so insignificant but in the best way. 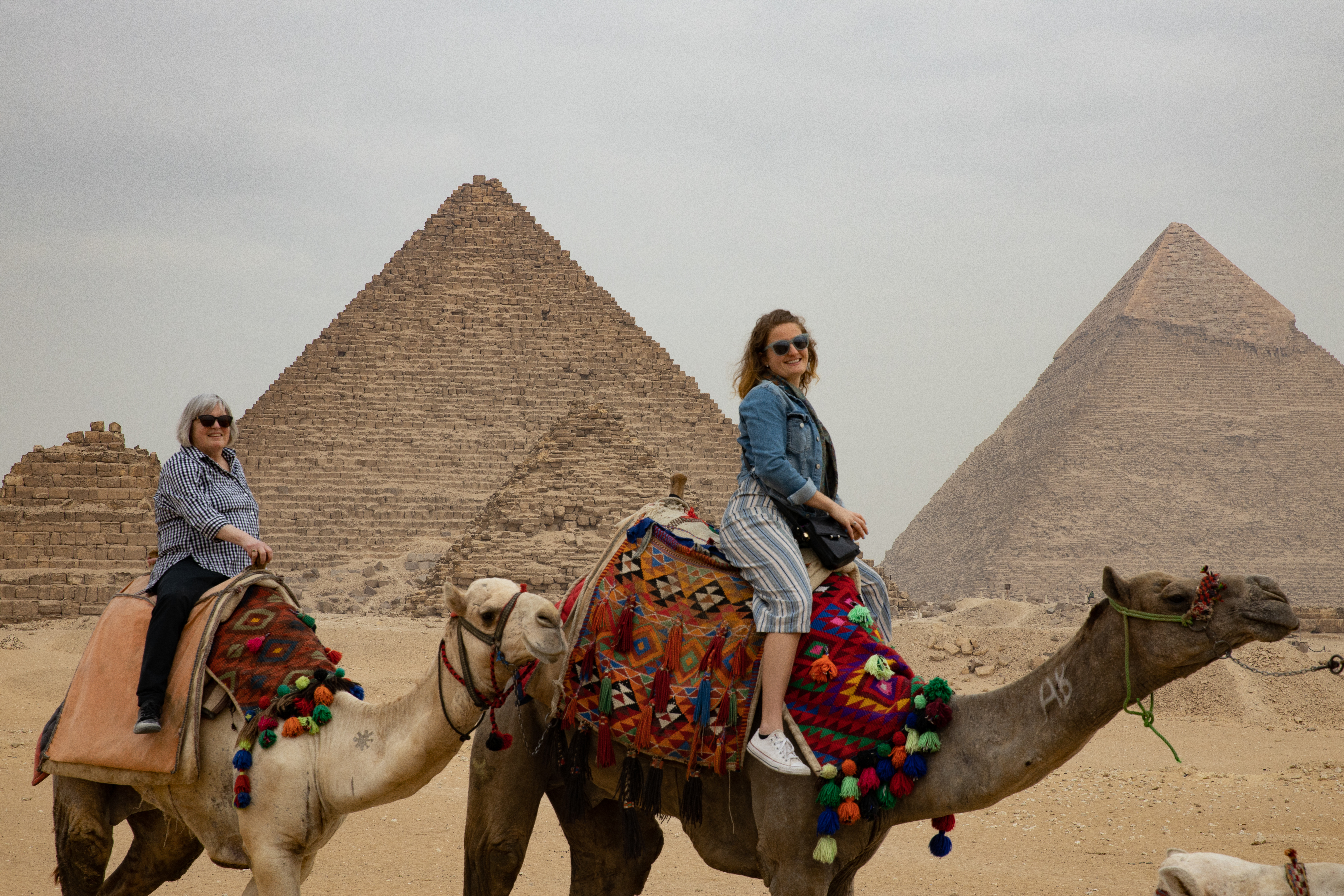 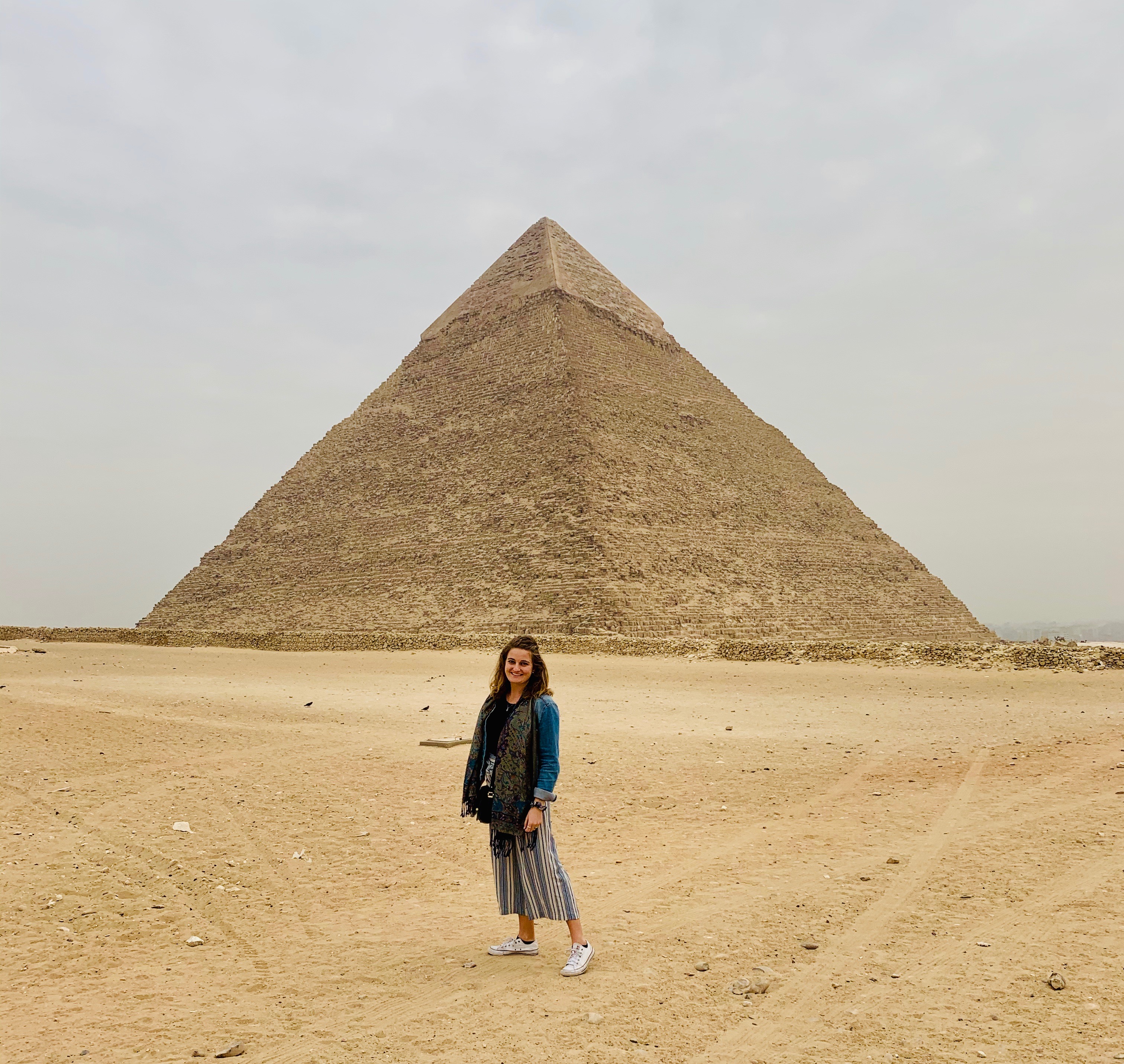 The Great Sphinx of Giza

Sitting on the east side of the Pyramids is the Sphinx, believed to represent the Pharaoh Khafre, and estimated to be constructed around 2500 B.C. It is considerably damaged, especially in comparison with other monuments in Egypt, but it’s still amazing to see this iconic sculpture in real life. Marvel at the Sphinx with your own eyes against the backdrop of the Pyramids, and you’ll feel like you’ve transported into a movie.

Just like the Pyramids and all other tourist attractions, the Sphinx is a spot to be wary of hustlers trying to charge to take photos or sell jewelry or other souvenirs. 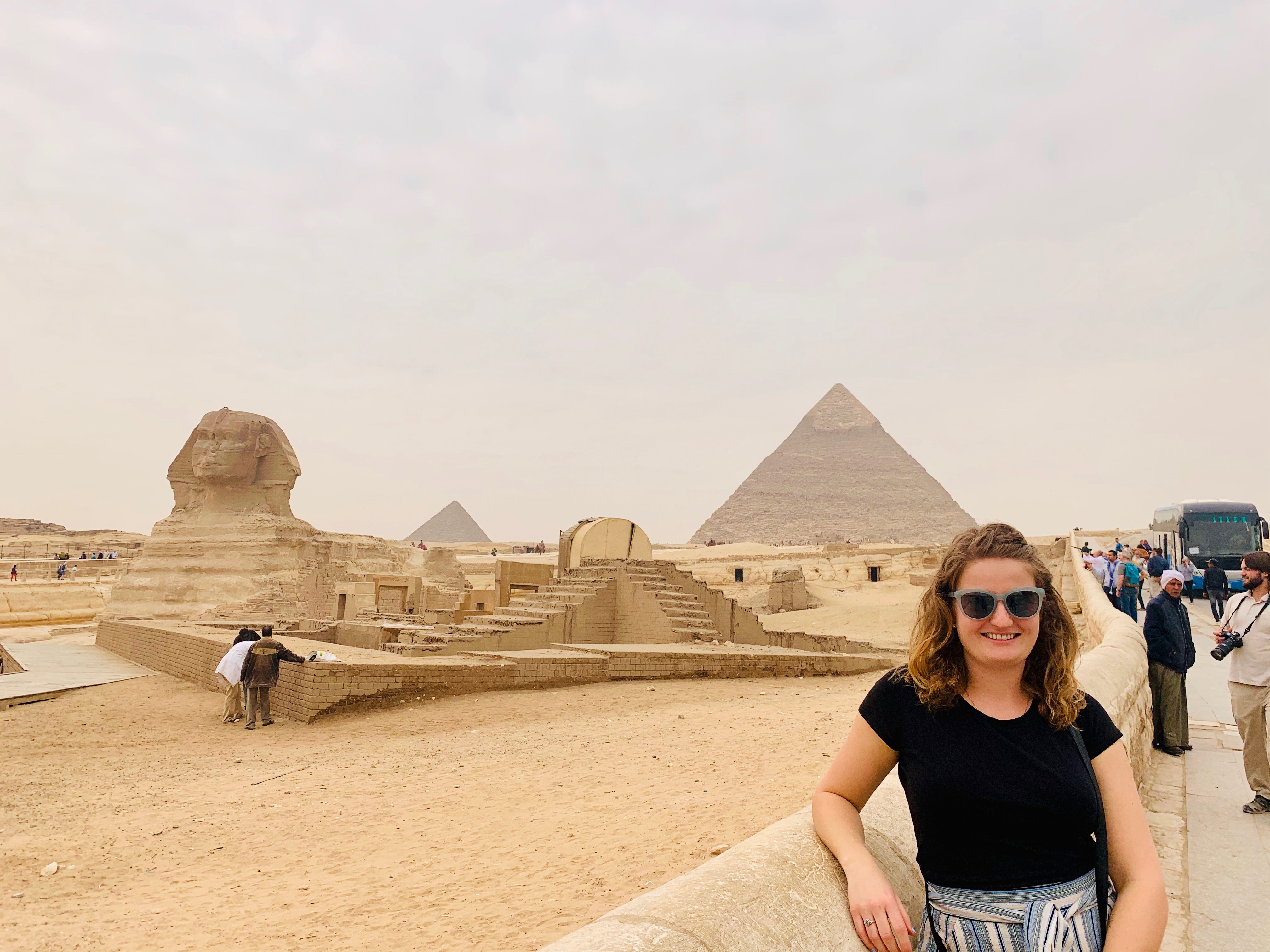 The only real local spot we tried in Cairo was Zooba, and it was truly a fabulous find. It was ridiculously cheap and they served up a variety of Egyptian “street food” type dishes, including kushari, the national dish of Egypt. It was awesome to try some local food, and if you ever stay at the Marriott in Cairo, this place is well worth the wander. You can walk here, it’s less than a mile away. 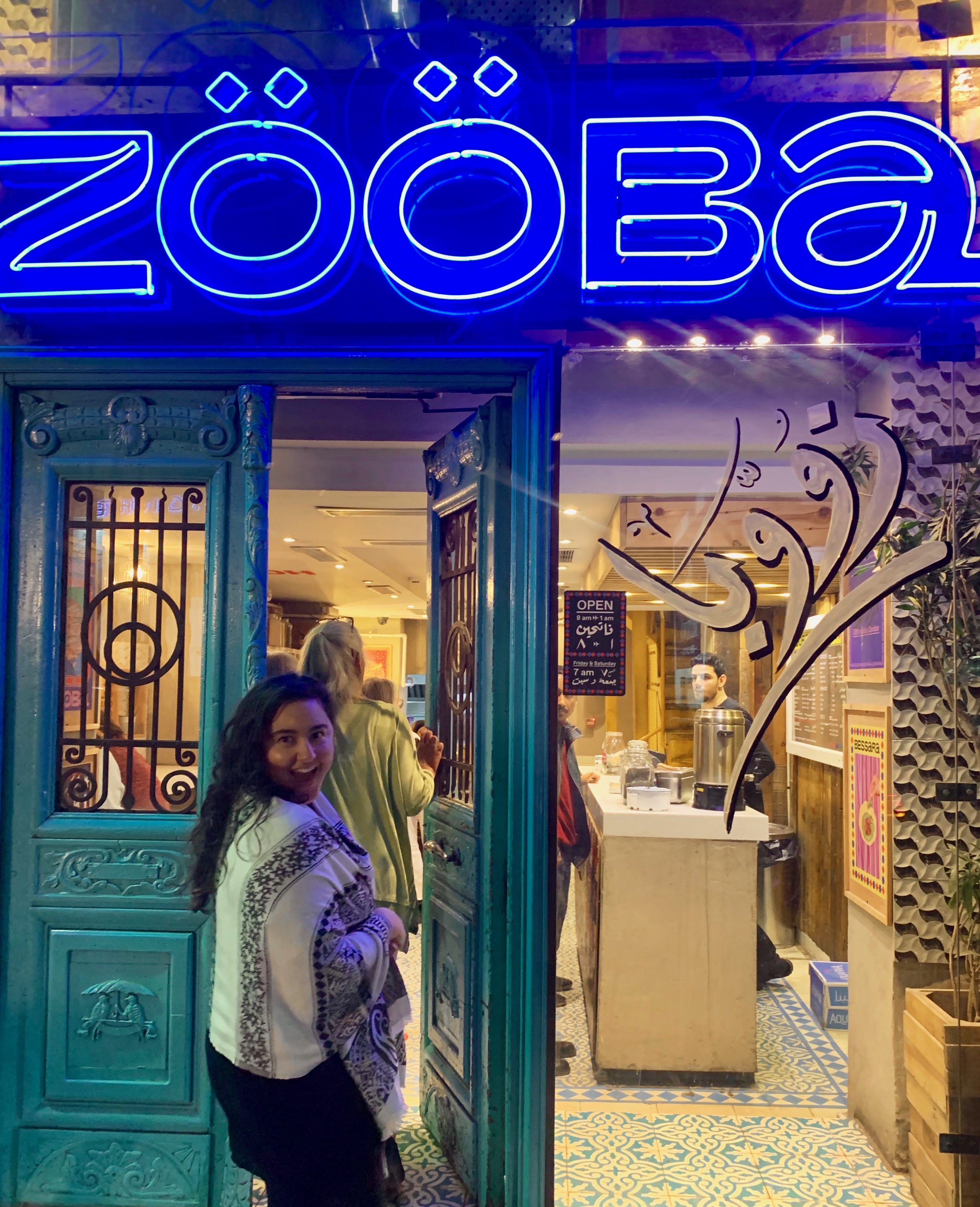 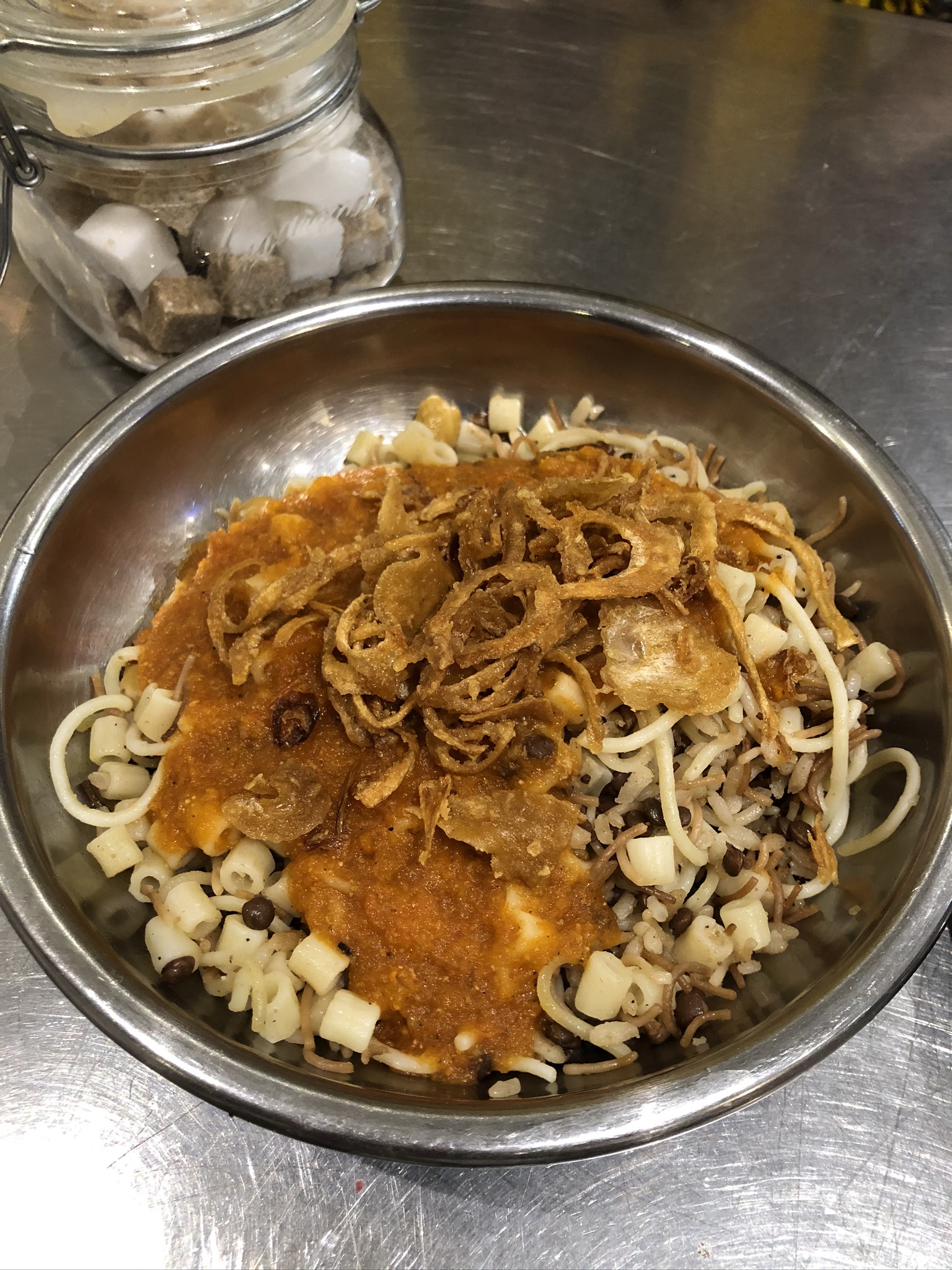 After these tours, we headed out on our Nile River Cruise, which took up the following 4-5 days, before we returned to Cairo for the final highlights before continuing on to Jordan.

Our last day in Cairo was spent touring the Islamic part of Cairo, seeing the Islamic Museum, the Citadel of Saladdin, a beautiful view of the whole city, and then tours of a massive mosque and the Islamic Museum. It’s known as the historic or medieval portion of Cairo, and it certainly merits a visit when traveling to Egypt. There are markets, mosques, and many points of interest to explore. 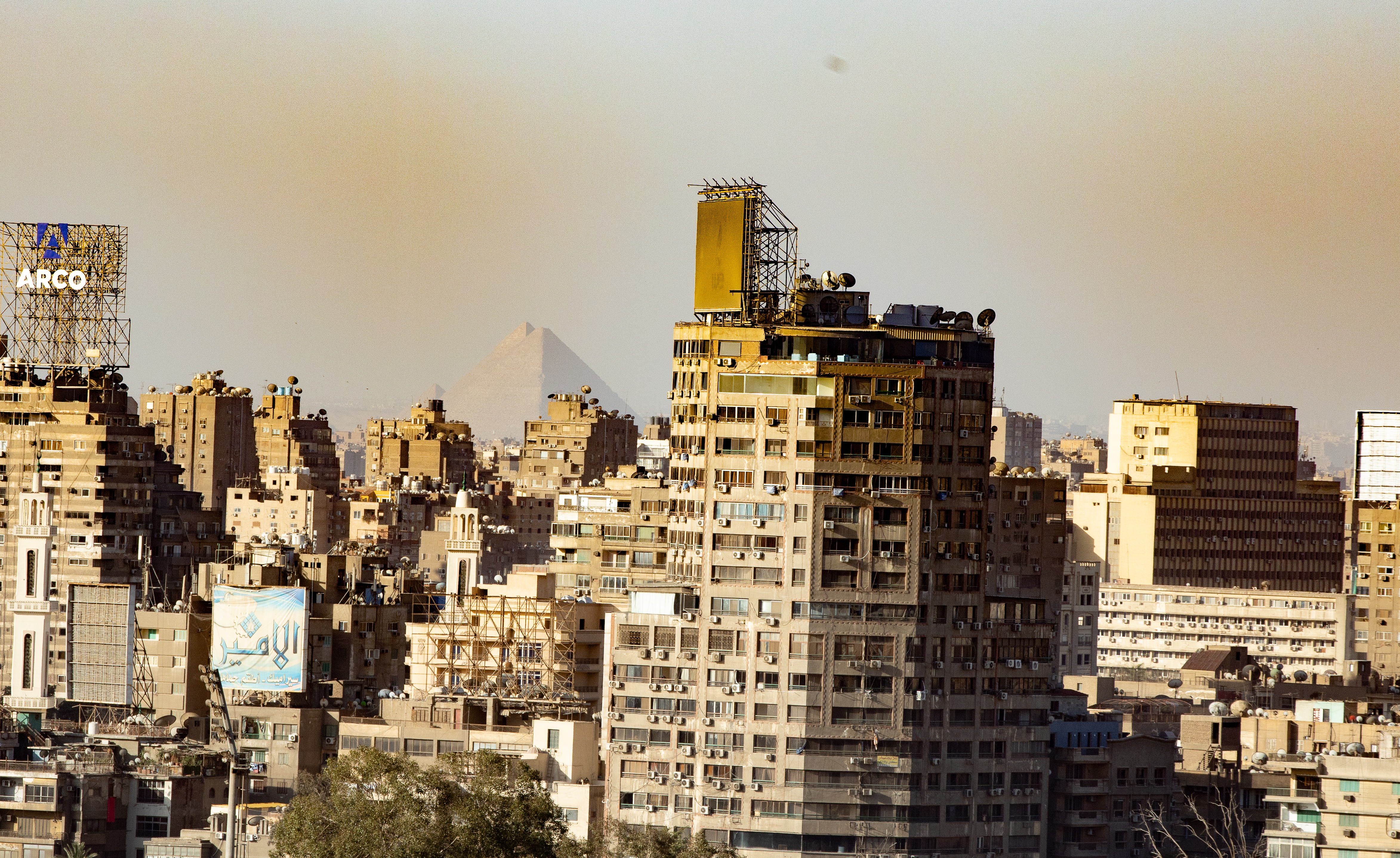 This mosque was designed by the same architect who designed the Blue Mosque in Istanbul, which I visited in 2016 on a weekend trip from Madrid. It was cool to see another massive mosque with impressive domes and minarets but I will say the mosque in Turkey is much better maintained. It’s still a great complex to tour, and because it is used as a functioning mosque, not just a museum, you’re likely to see families and groups here worshipping, which was a cool experience. The view from the mosque and the surrounding parks are lovely – take a walk through if you’re visiting on a day with nice weather. 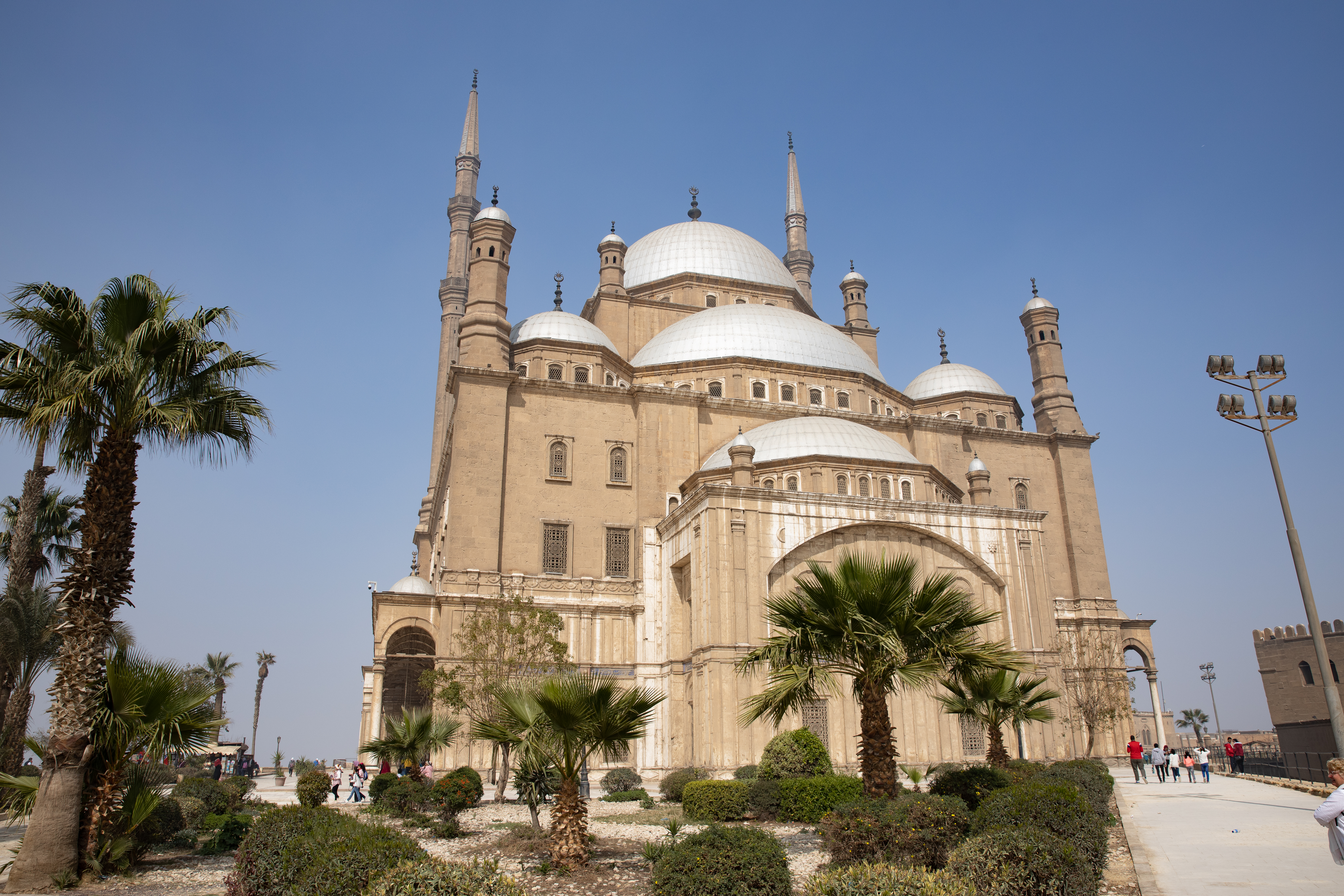 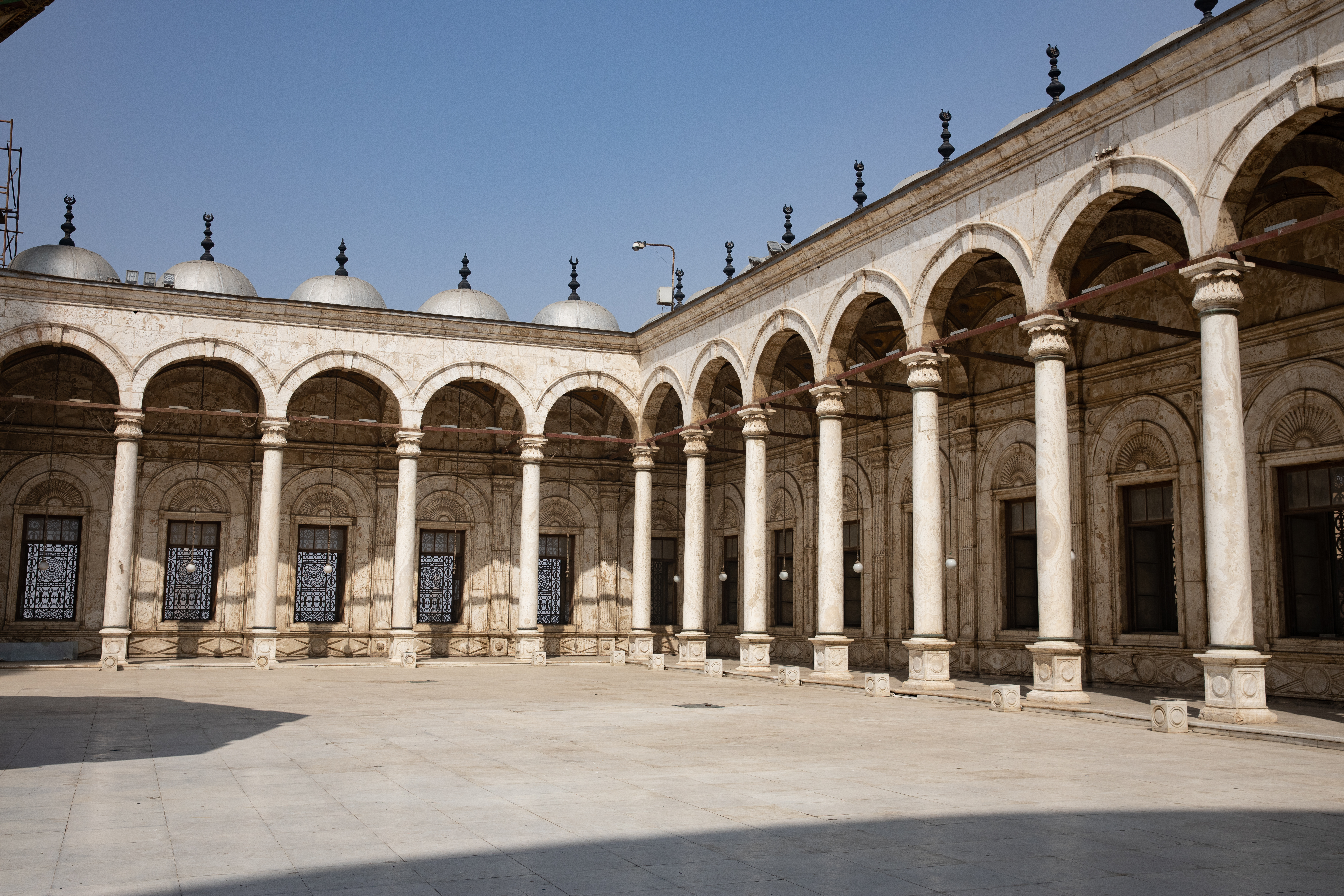 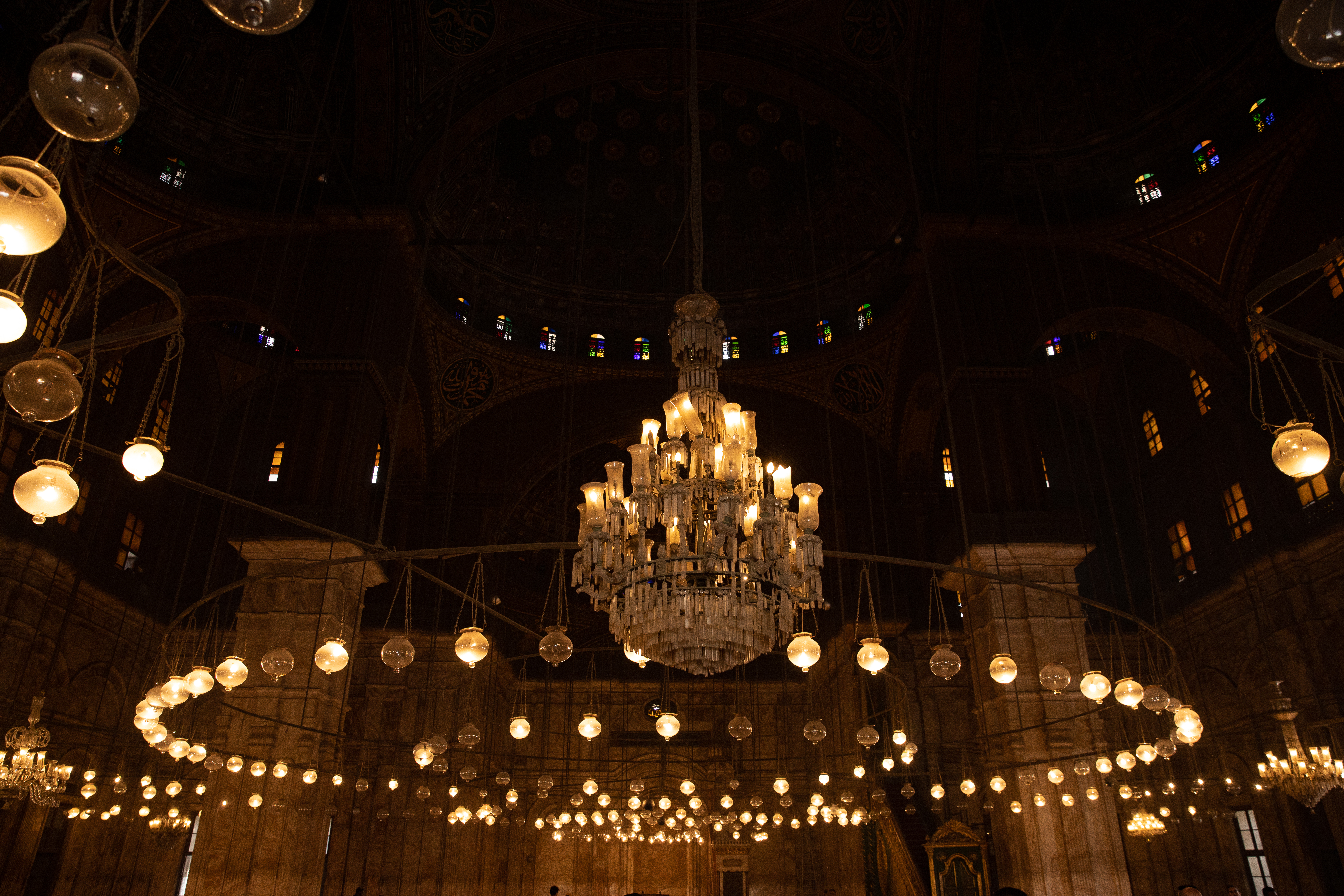 A new museum showcasing artifacts of ancient Islam as well as more modern pieces, this was the final stop in Cairo before we made our way to Jordan. It’s an interesting museum, but I will say that at this point I was pretty “toured-out” and mostly just enjoyed relaxing and meandering around the rugs and pottery, not really reading any of the plaques. 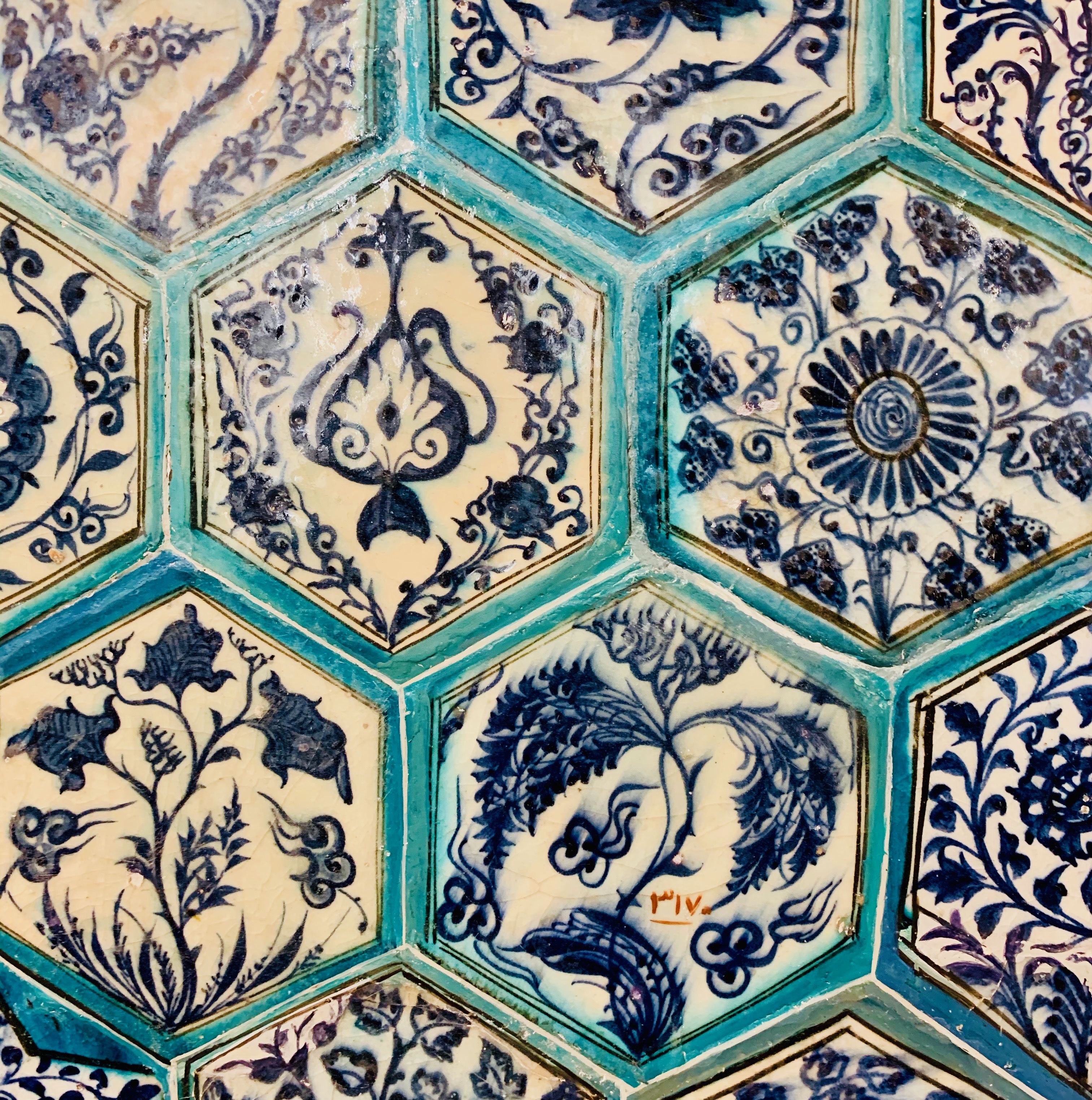 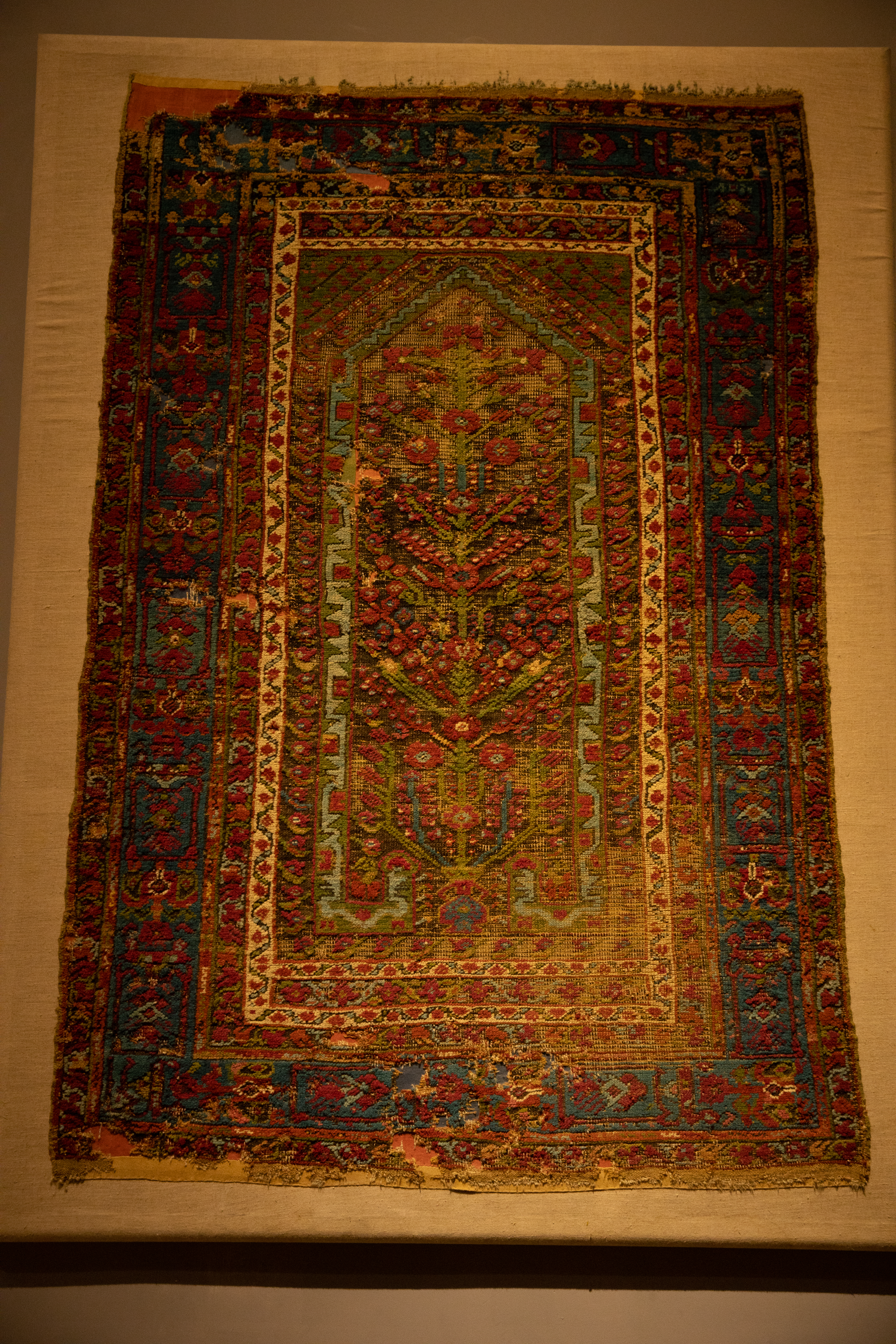 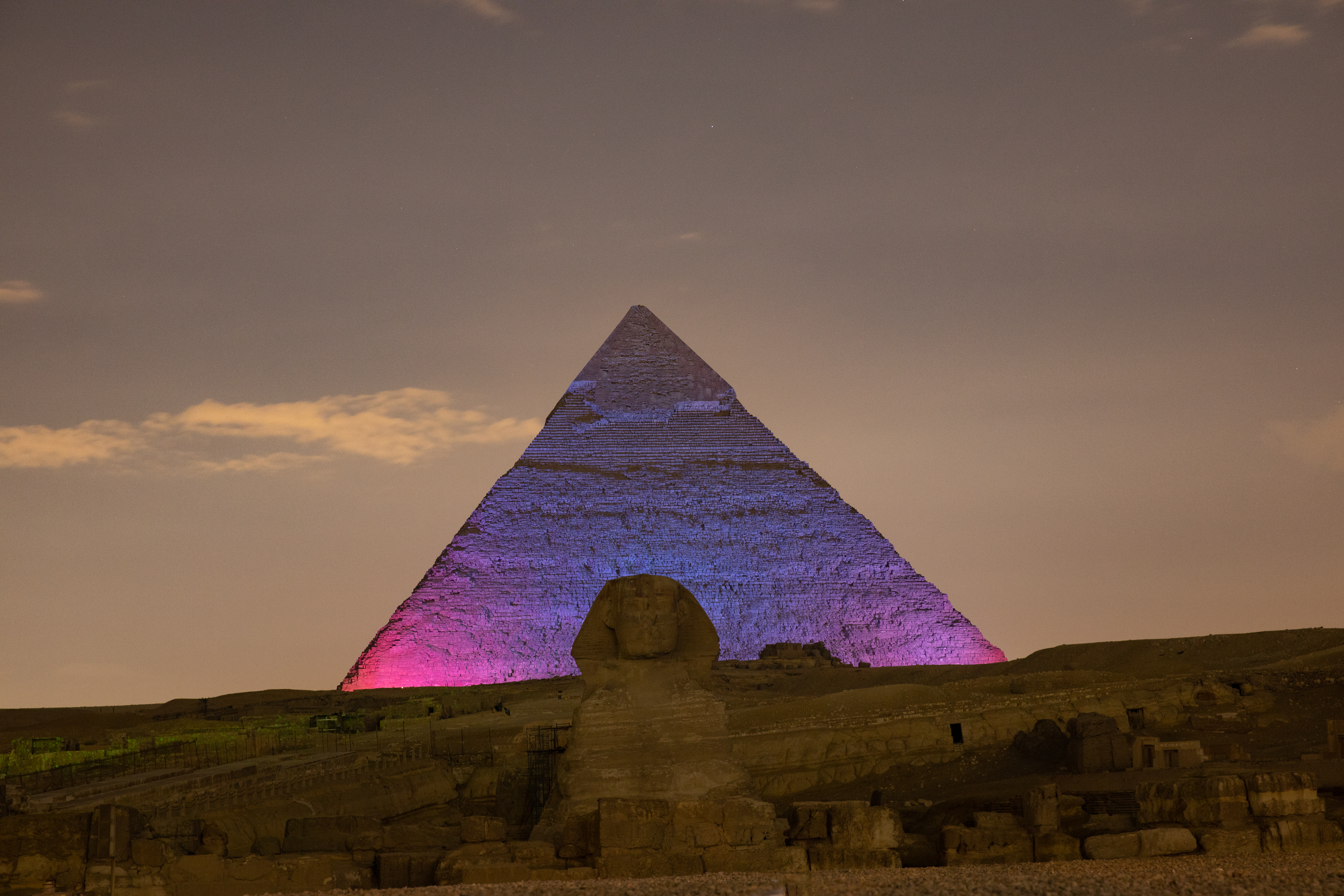 Cairo was an eye-opening city to visit. While we saw a lot of decrepit buildings, poverty, and pollution, we also met wonderful people, saw incredible sights, and learned so much history about ancient Egypt. When we first planned this trip, I thought, this is a “once-in-a-lifetime” trip, I probably won’t be back to Egypt in my life, but now I can say I would absolutely love to go back to see more.