Istanbul is a city full of enchantment and culture. Situated at the crossroads of the continental divide between Europe and Asia, it hosts the largest population of any city in Europe and is teeming with culture and life, ready to be explored by anyone with an open mind and a sense of adventure. I was lucky enough to be able to visit for three days in mid-April, a really excellent time to see the city before the busy tourist season is in full swing. 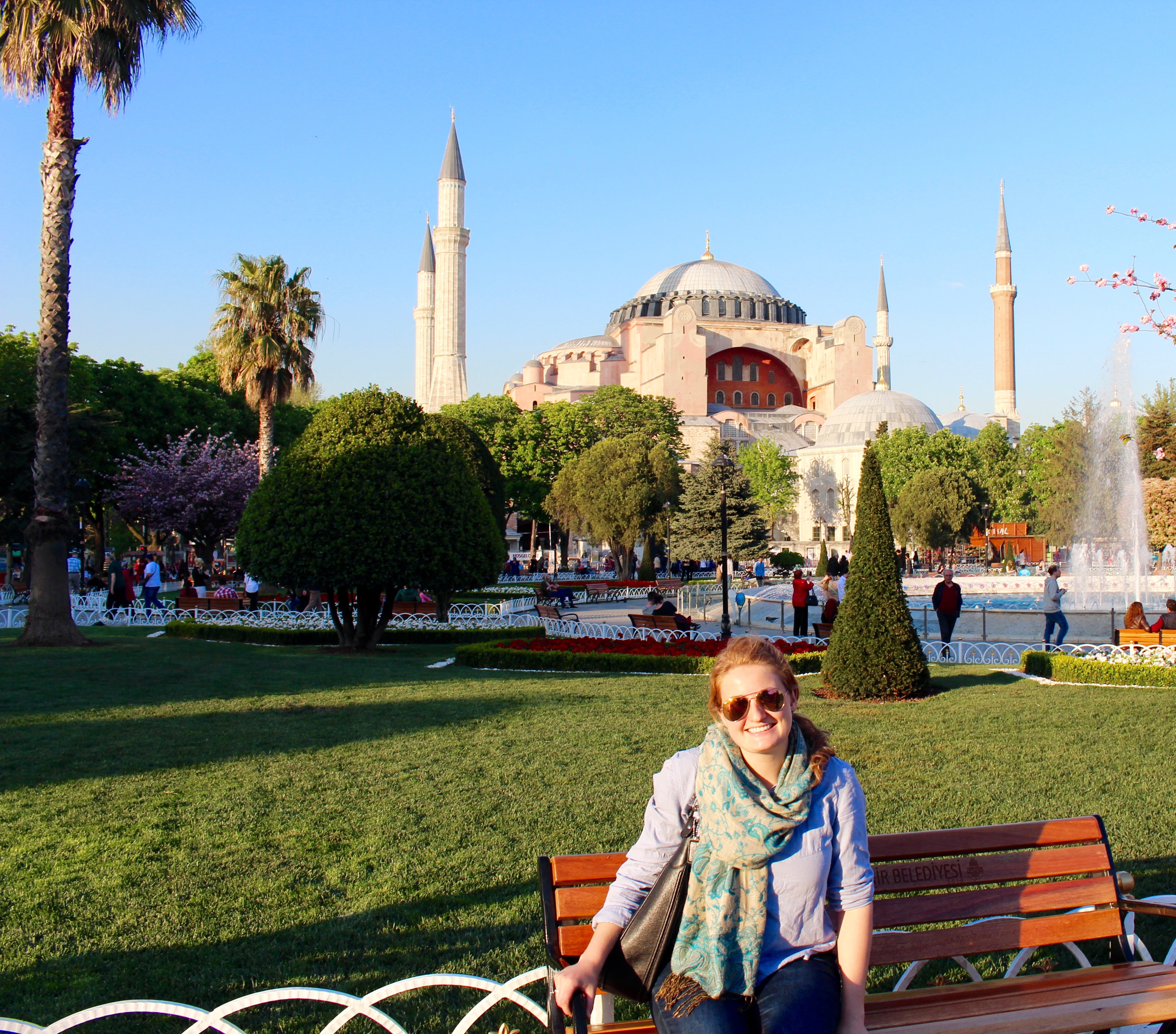 In order to enter Turkey, U.S. and citizens of other countries need to purchase an E-visa. The process is very easy and painless, and costs $20.70 as of 2016 and is valid for 90 days.

Istanbul’s Ataturk airport (IST) is the busiest of Istanbul’s airports, and it is well connected with the city centre. We took a taxi from the airport, as it was cheaper to split between four people, but it is possible to take airport transfer buses as well as the light-rail metro system.

We stayed at Avrasya Hostel in the historical old city. We were within five minutes walking of the Blue Mosque, Hagia Sophia, Arasta Market as well as many other tourist attractions. The hostel had a decent breakfast on the terrace and a good atmosphere. It is definitely not a party hostel, as alcohol is more difficult to obtain in Turkey and there isn’t bar crawl infrastructure. This is something important to keep in mind when traveling to Istanbul. 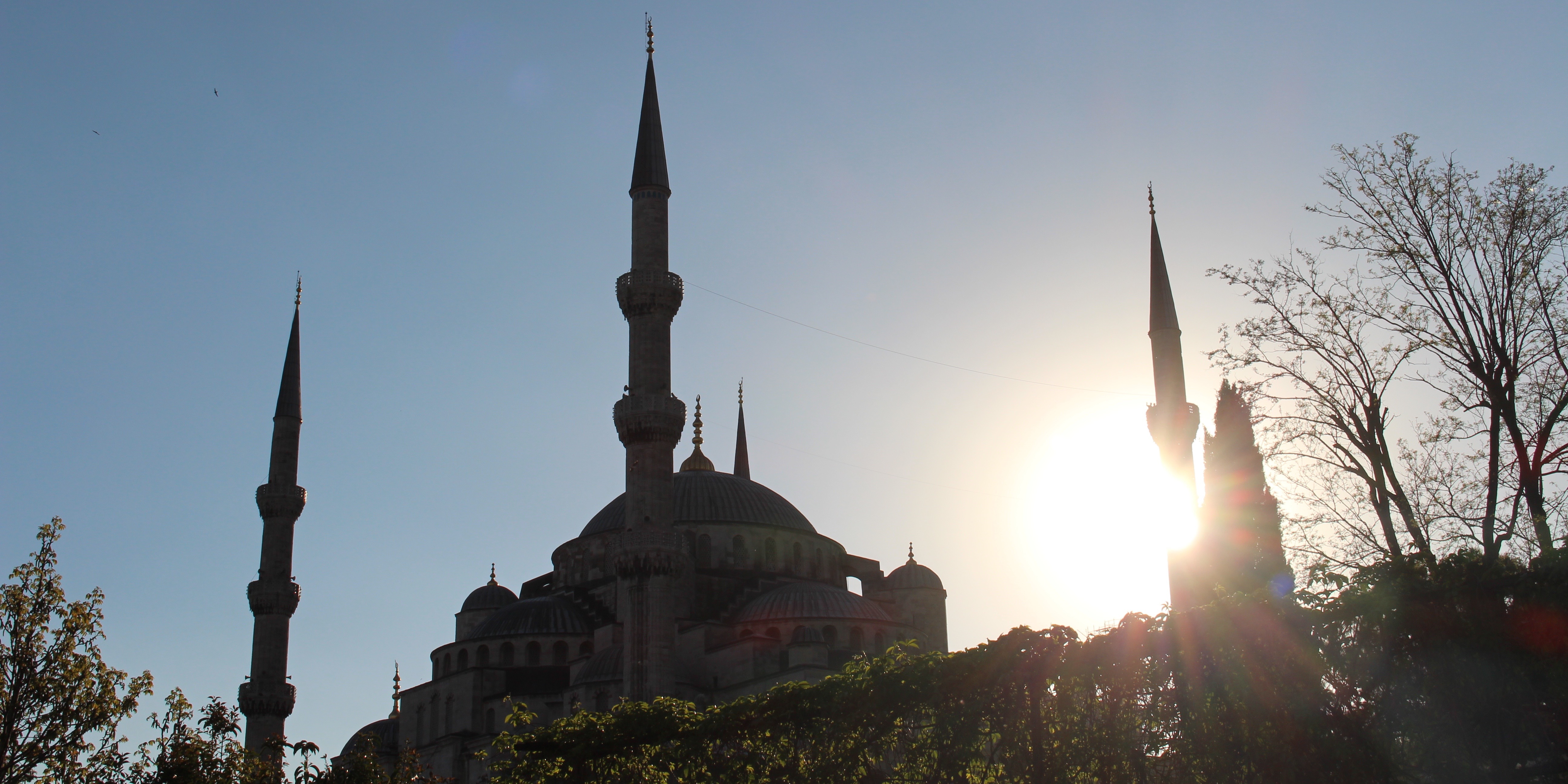 Things to See & Do

Istanbul is an enormous city full of people, sights, sounds, and a culture very different to Western Europe or the United States. It was a beautiful thing to be immersed in, to feel the energy of such a vibrant place. Three days is definitely not enough time to experience all that the sprawling city has to offer, but it gave us a taste of Turkey that has left me with an appetite for more.

There are over 3000 mosques in Istanbul, making it difficult to choose which are worth a visit during a short visit to the magical city. 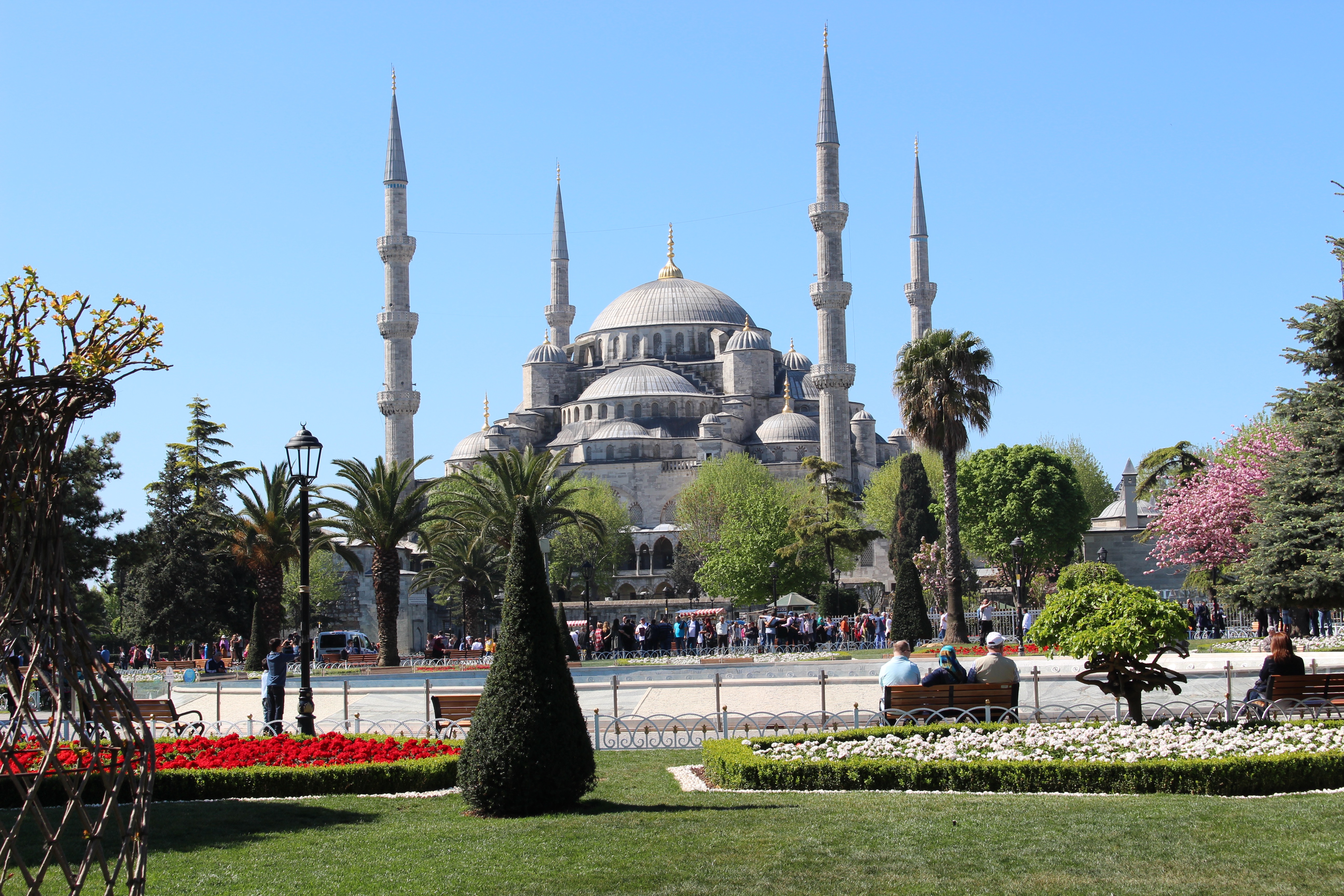 The Sultan Ahmed or Blue Mosque is located very close to hostel Avrasya, and it is an excellent mosque to tour. There is no charge for entry and they provide the needed covering clothing if one didn’t wear proper attire. Women are instructed to cover their hair with a scarf and are provided with long skirts to cover legs. They also give bags to put shoes in, as you cannot wear them on the carpet of the mosque. The architecture and decor were absolutely stunning. There isn’t a guided tour, it is more to be enjoyed at one’s own pace. 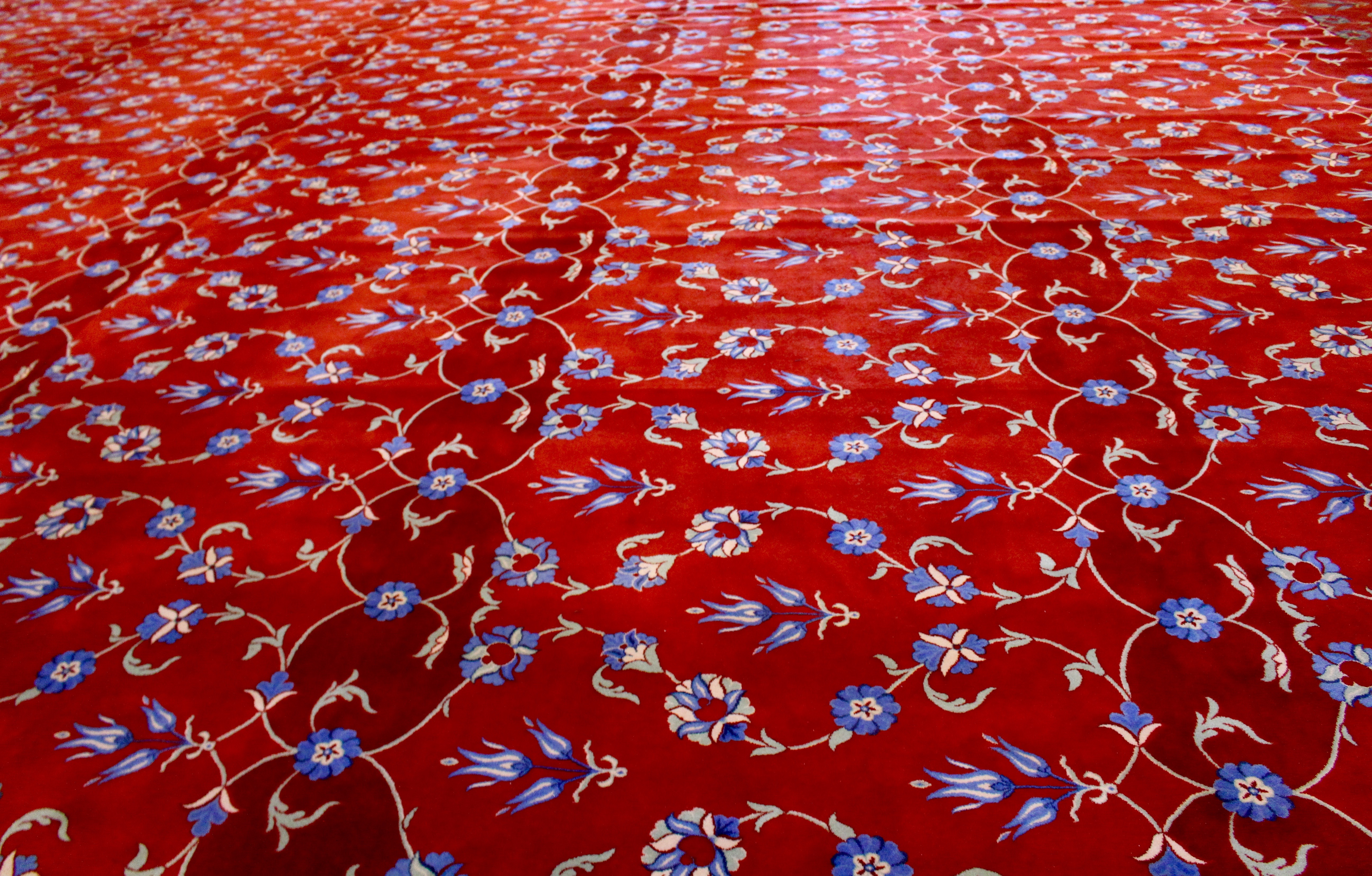 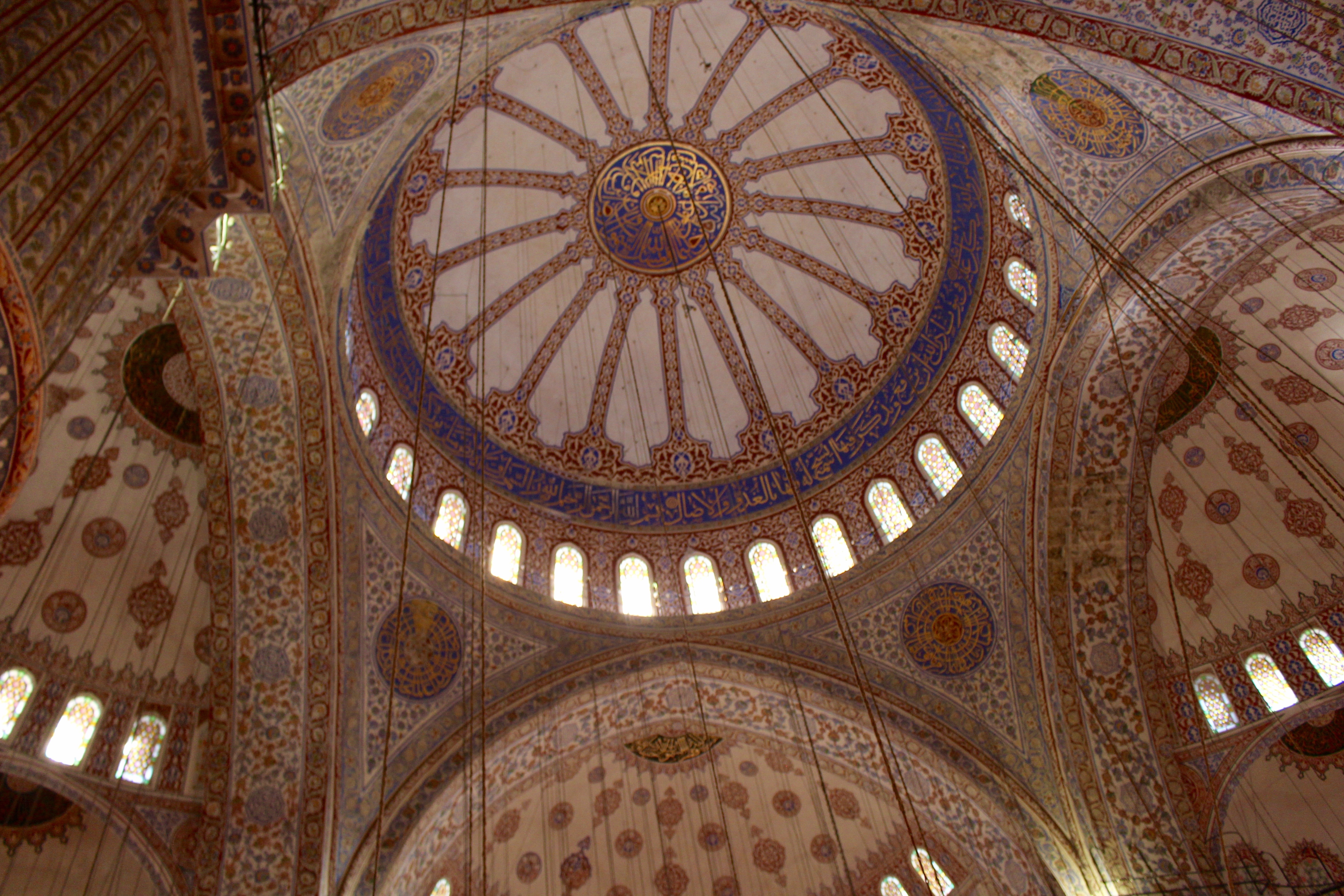 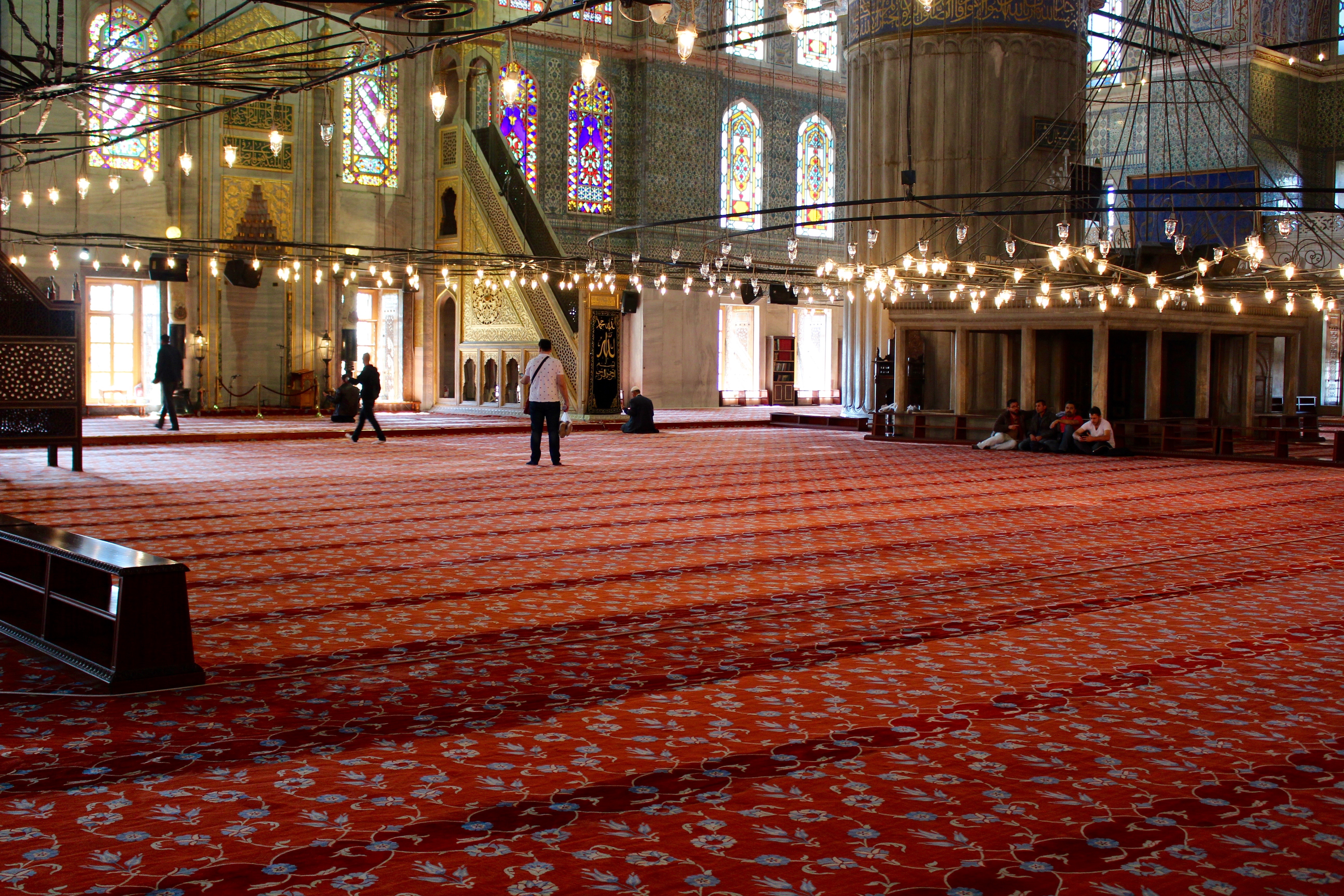 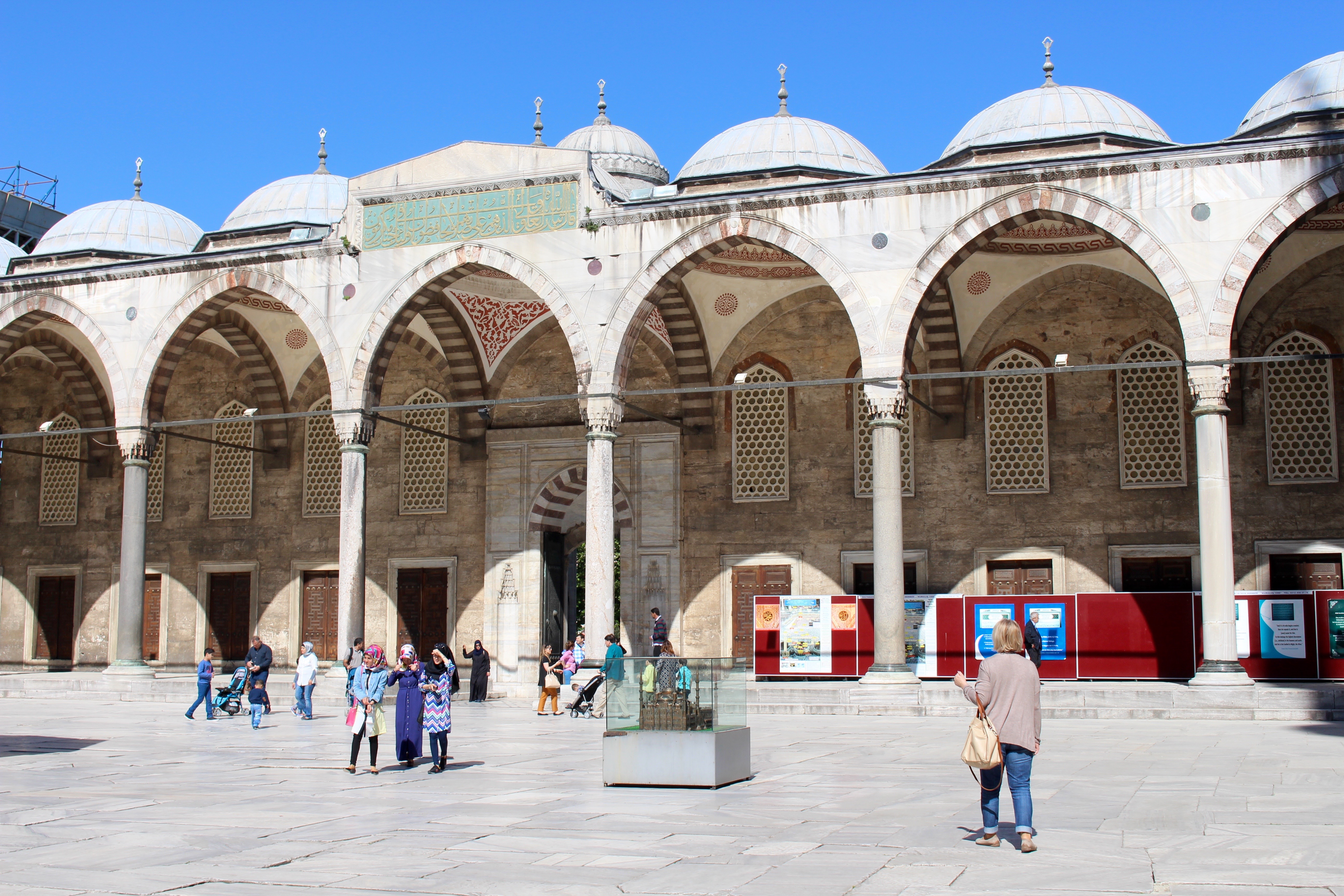 Originally a Christian Greek Orthodox Church, later converted into a mosque and present-day functioning as a museum, the Hagia Sophia is a beautiful establishment situated across a city garden from the Blue Mosque. It is not free to enter, and was undergoing construction during our visit, so I do not have any photos of the interior. There was a beautiful spread of tulips in the plaza right outside the museum. 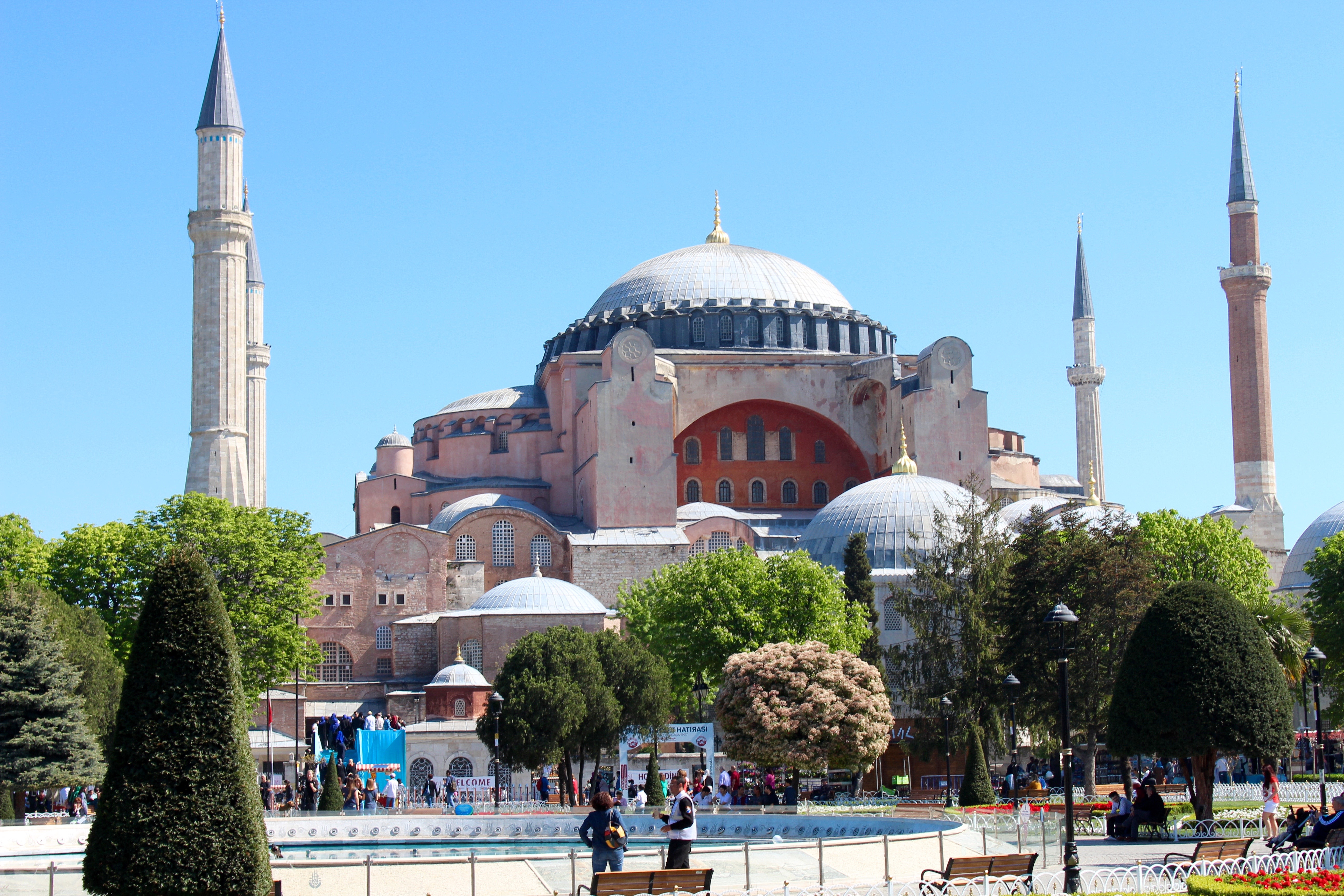 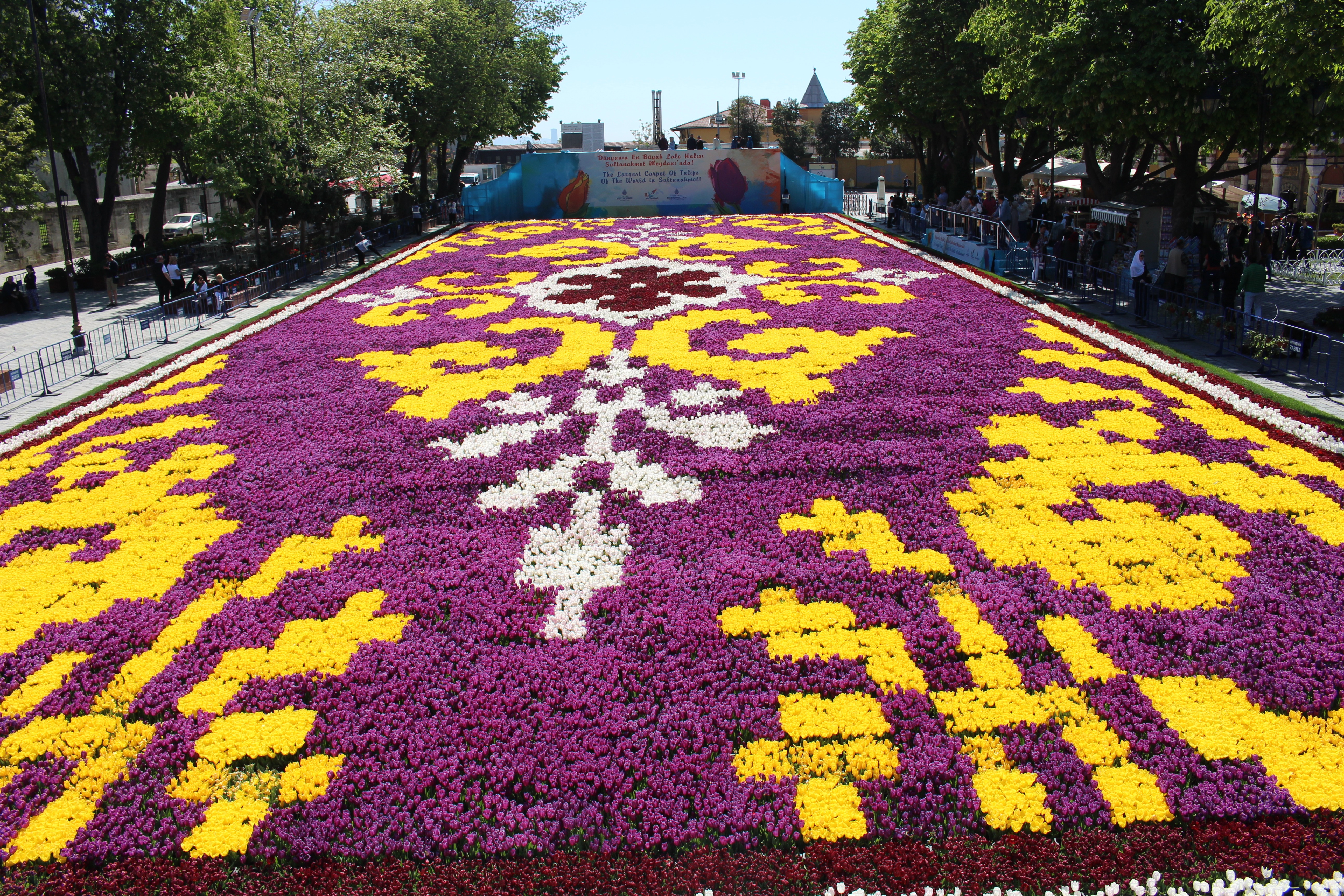 One of the largest and oldest covered markets in the world, this place is not for the faint of heart. It is intense, with salesmen pressuring tourists as they walk past, not to mention the complete labyrinth of stalls that seem to continue on forever. We didn’t get deep into the bowels of this market, instead we walked down the corridor that was between the two main entrances, which was plenty of exposure. This place would be great for someone looking to do some serious shopping while in Turkey. 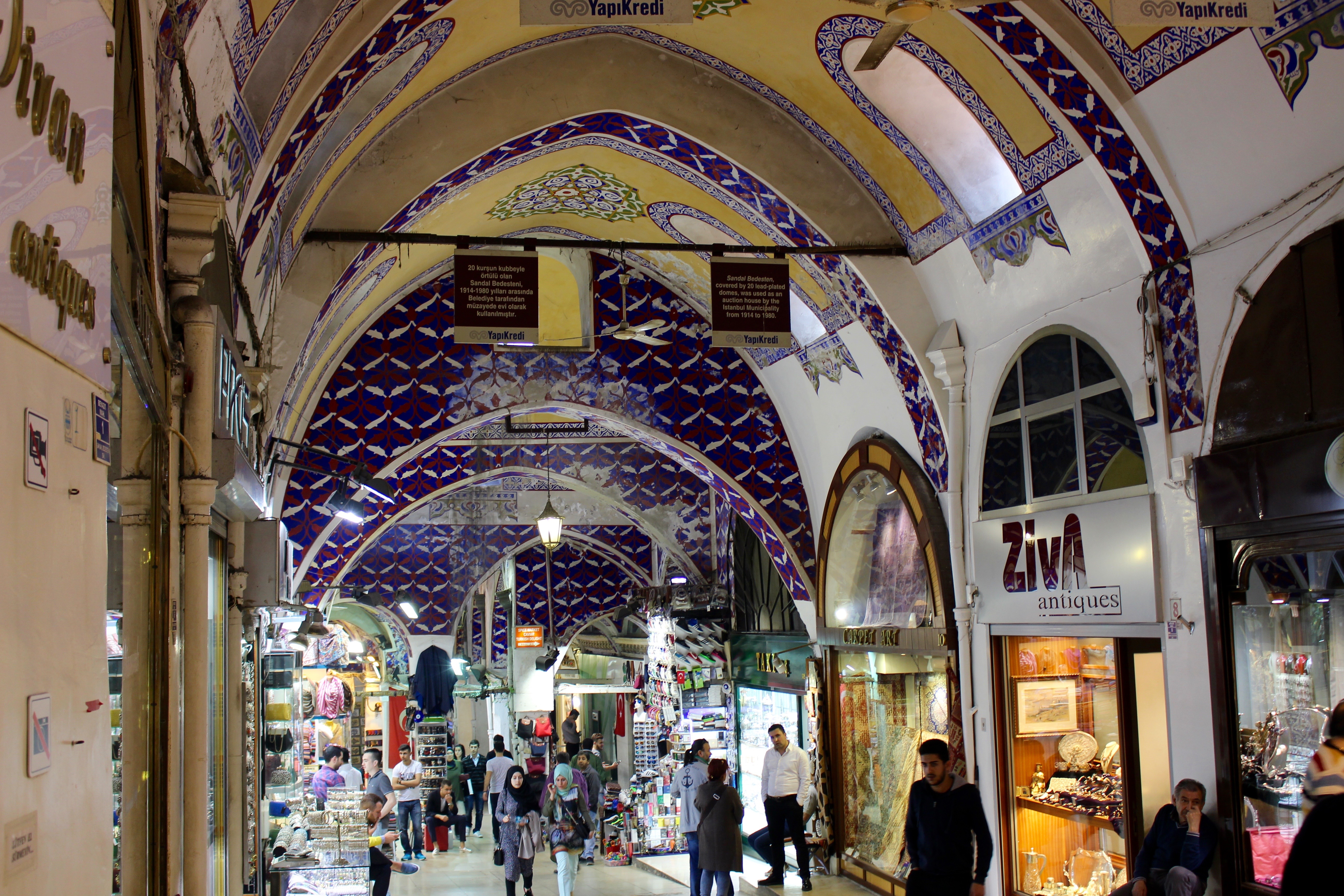 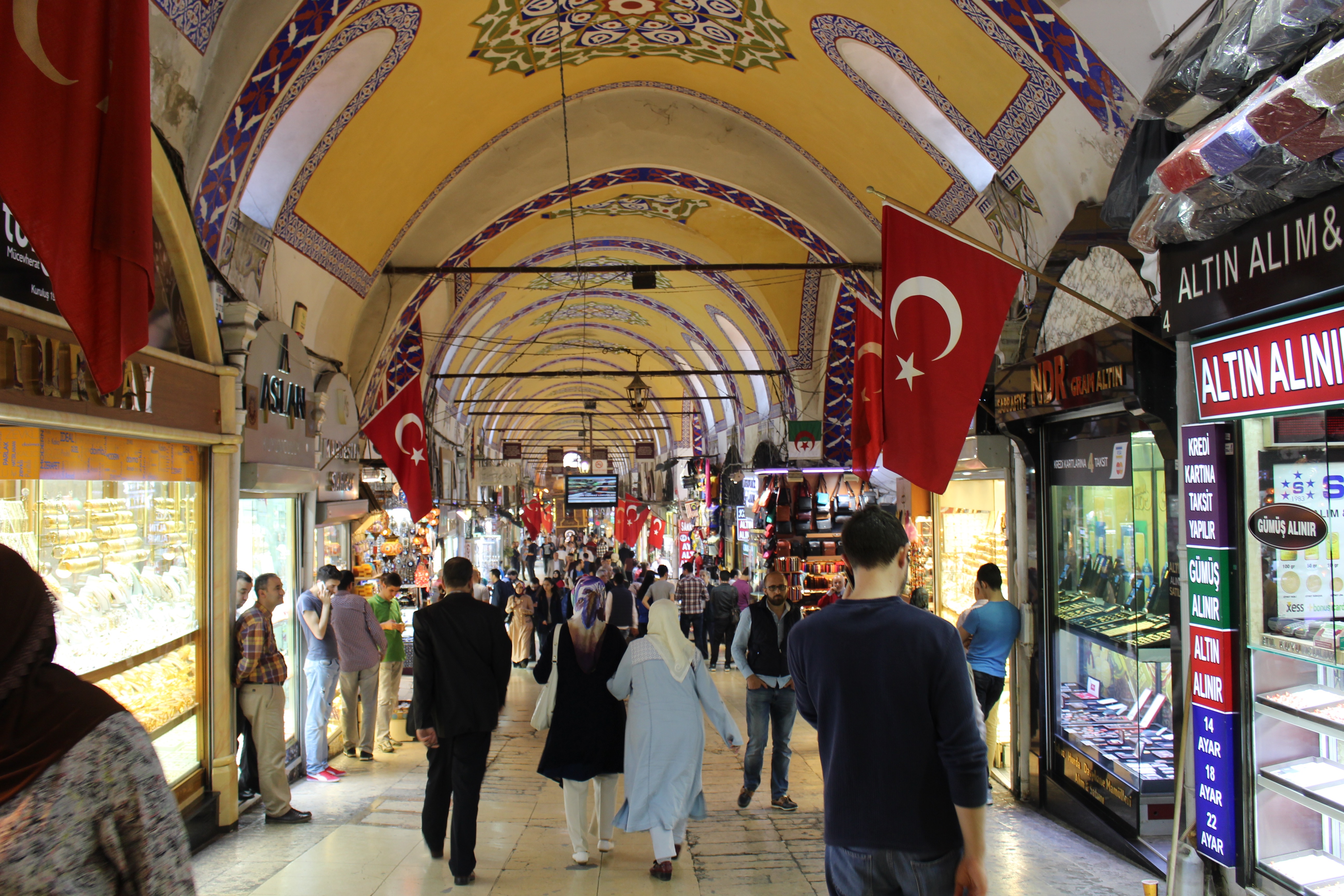 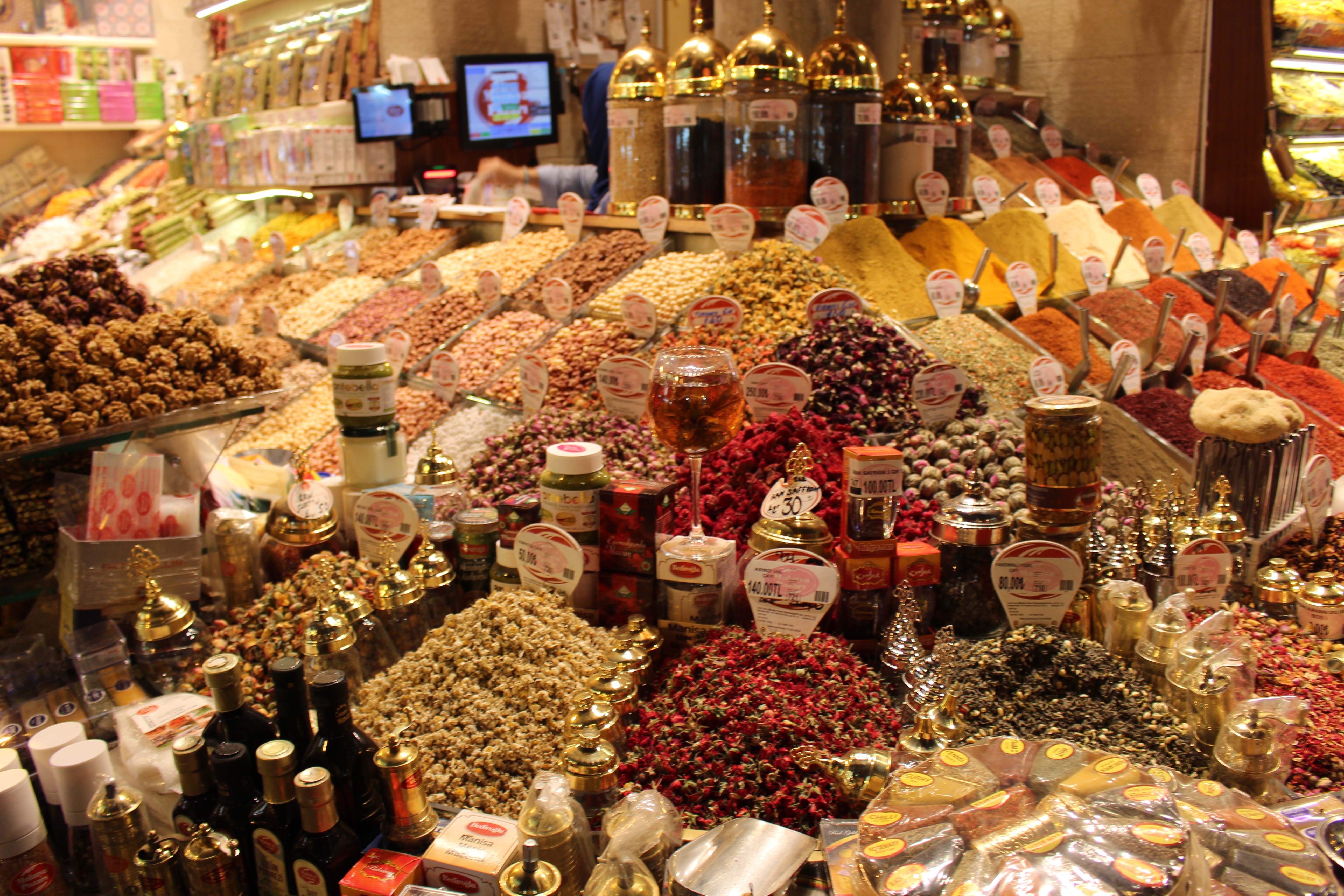 Not far from the Galata tower, these stairs are a beautiful accent in the colorful city. We meandered our way to them and then walked up them to eventually find ourselves in Taksim Square. 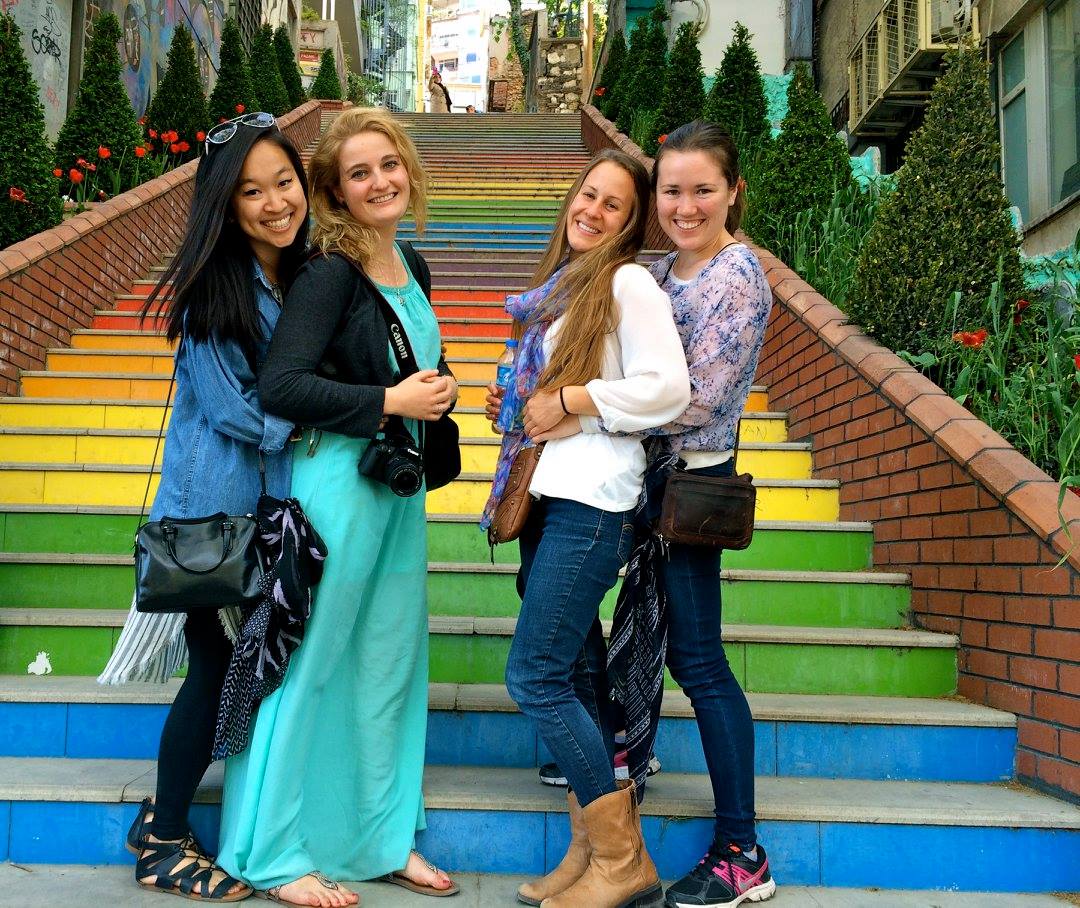 A major tourist district in Istanbul known for shopping and restaurants, this square is a bustling center in the new part of the city. The monument at the center commemorates the 5th anniversary of the foundation of the Republic of Turkey. 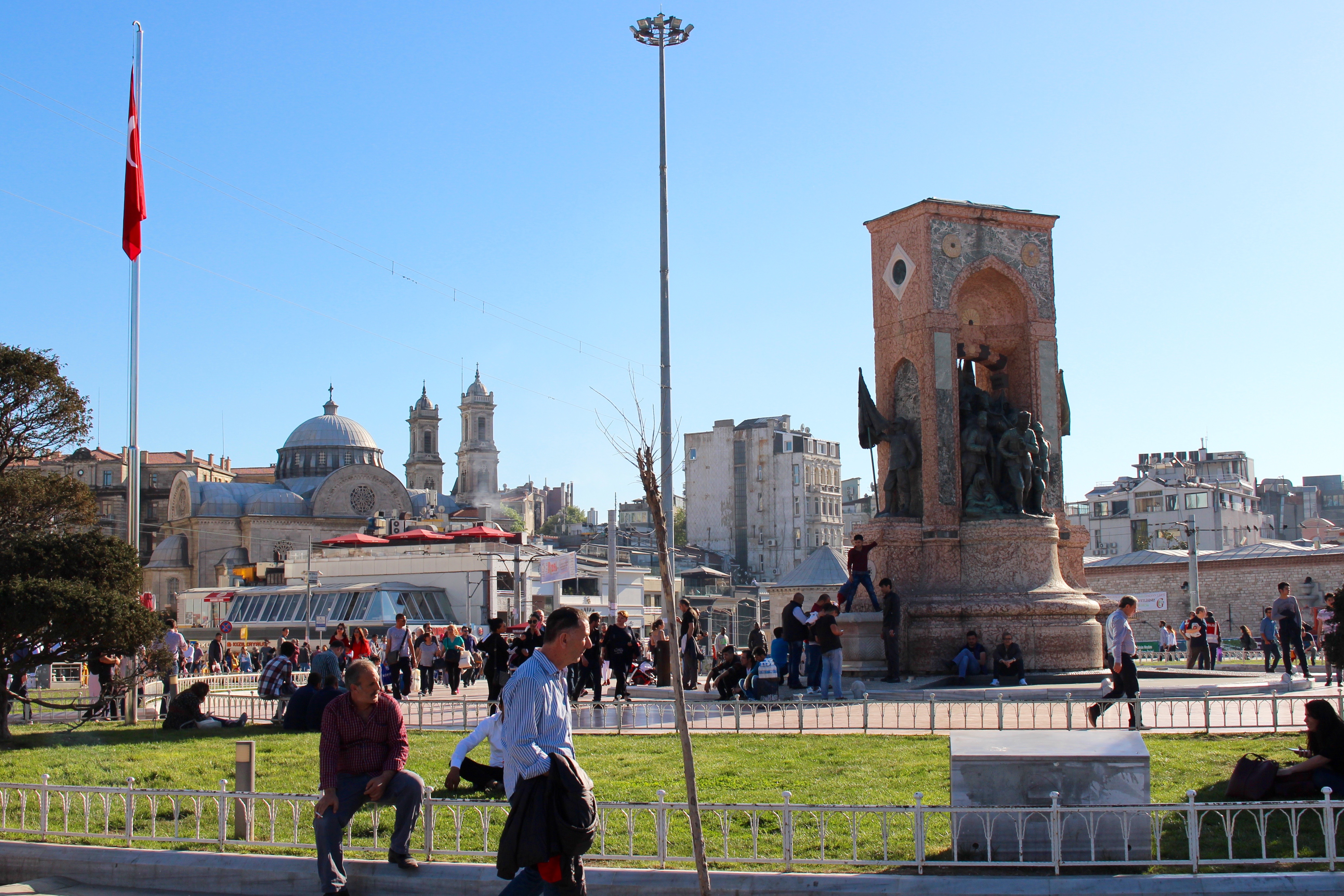 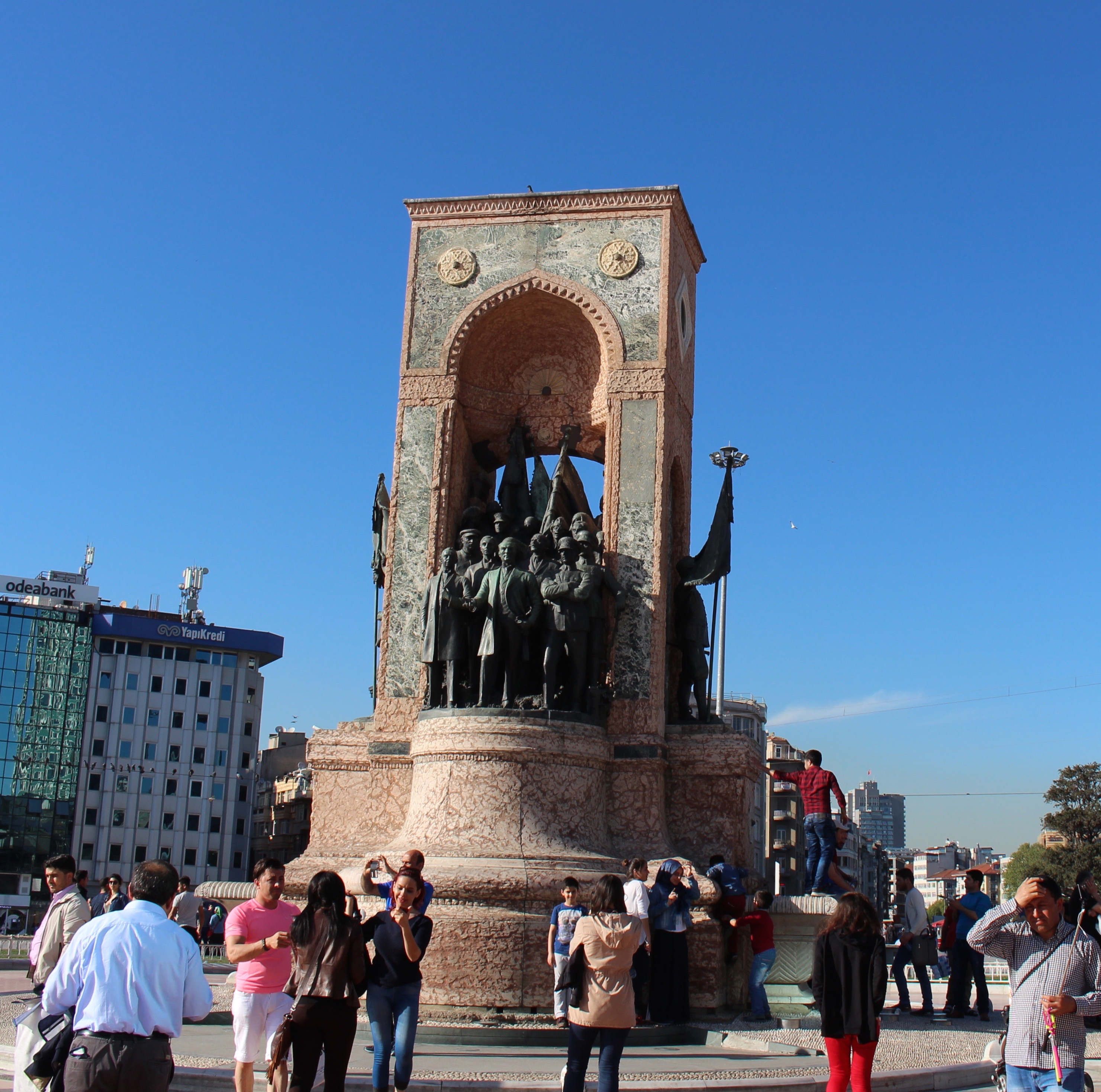 Probably one of the best ways to spend an afternoon in Istanbul and also a great way to see a vast expanse of the city is going on a river cruise. We booked ours through our hostel and it was about 20 euros for three hours of cruising on the river, with a tour guide. There was a bar on the boat to purchase snacks and drinks, and seeing the beautiful city from the water was a special experience. 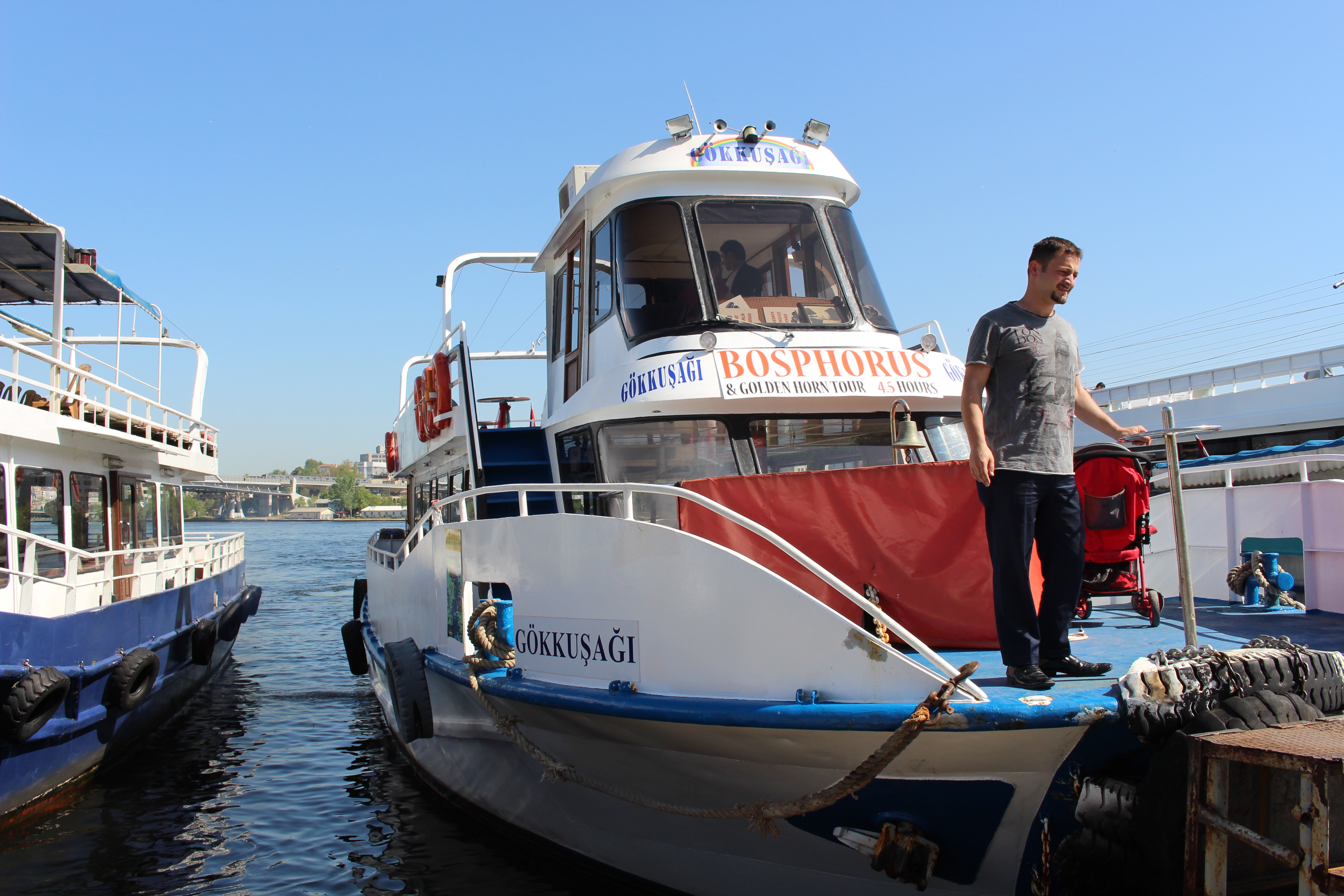 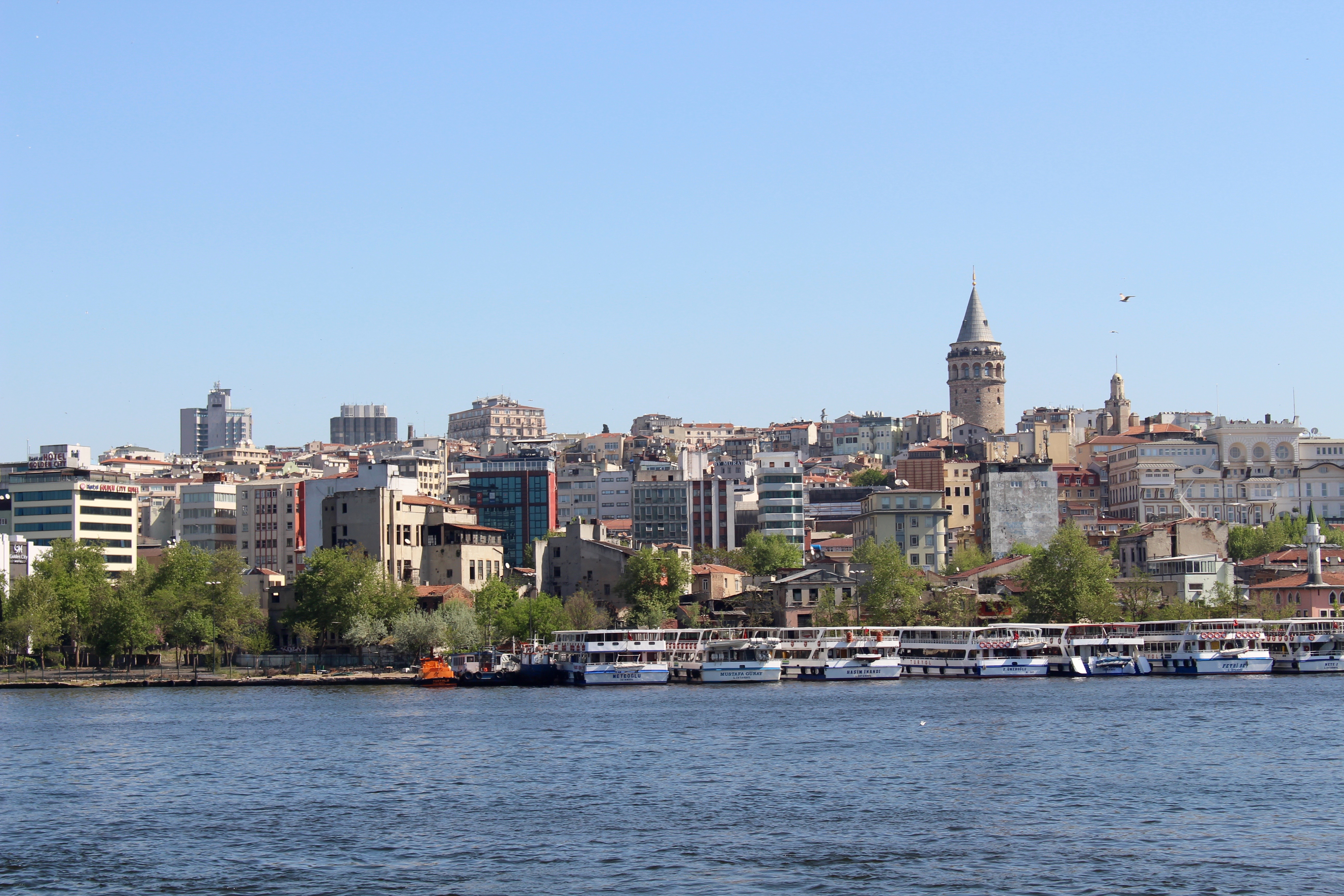 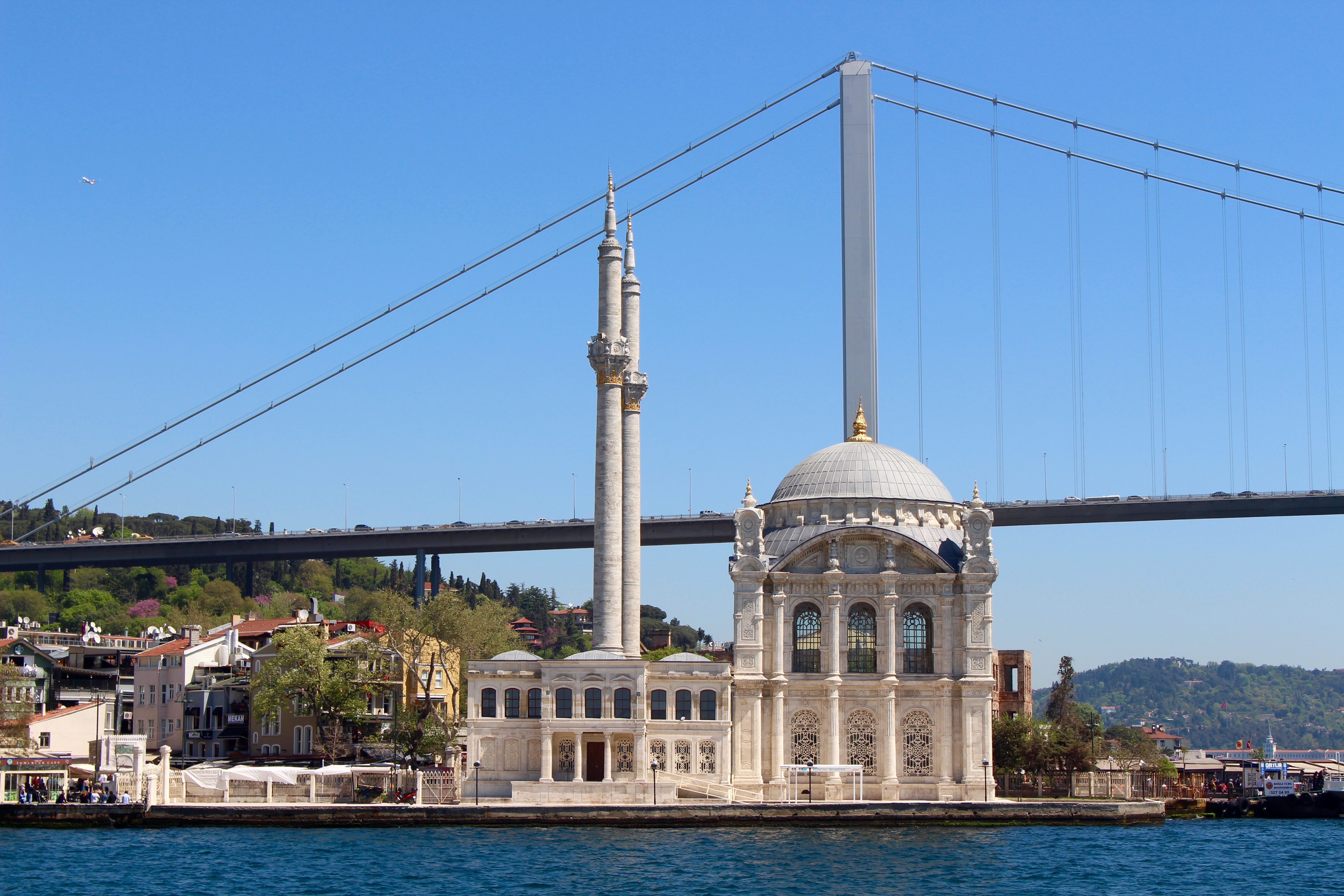 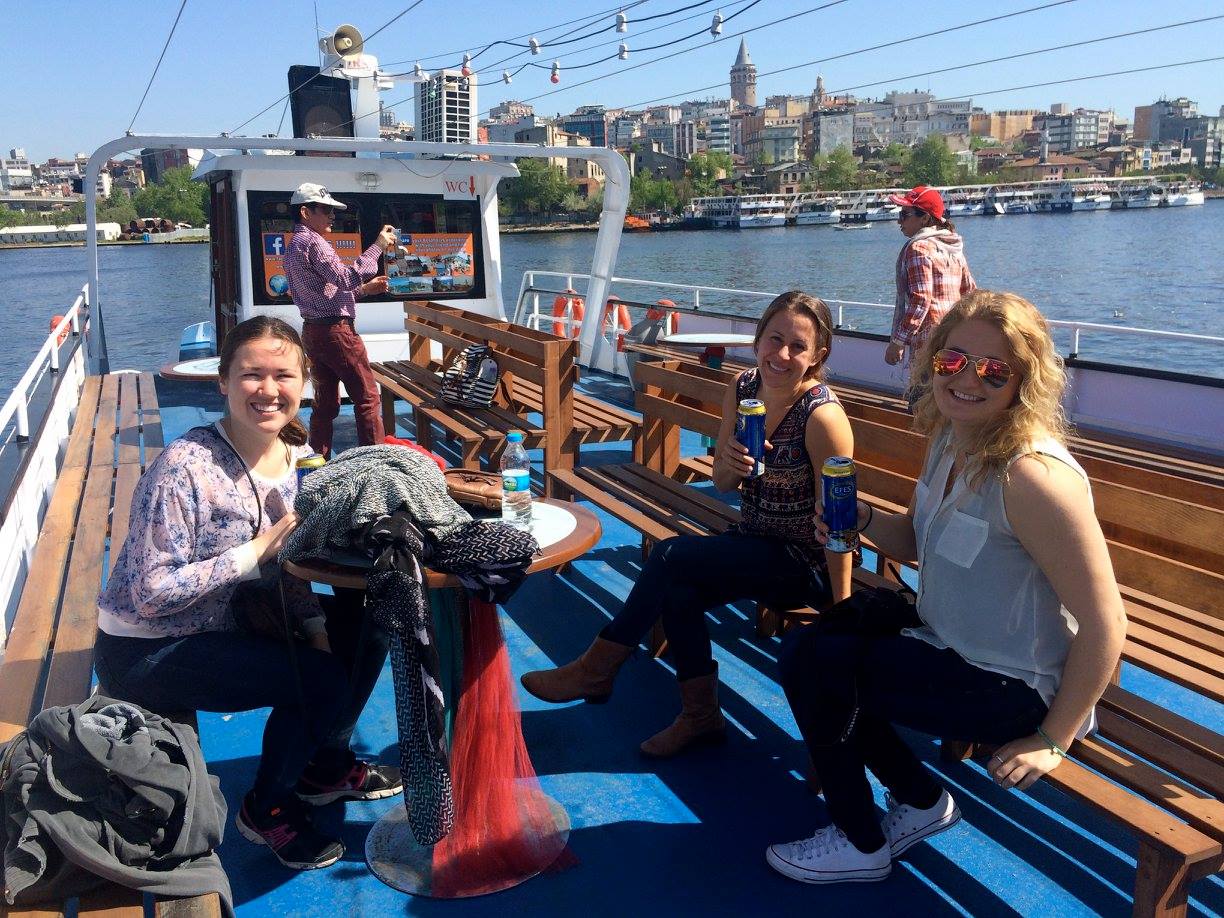 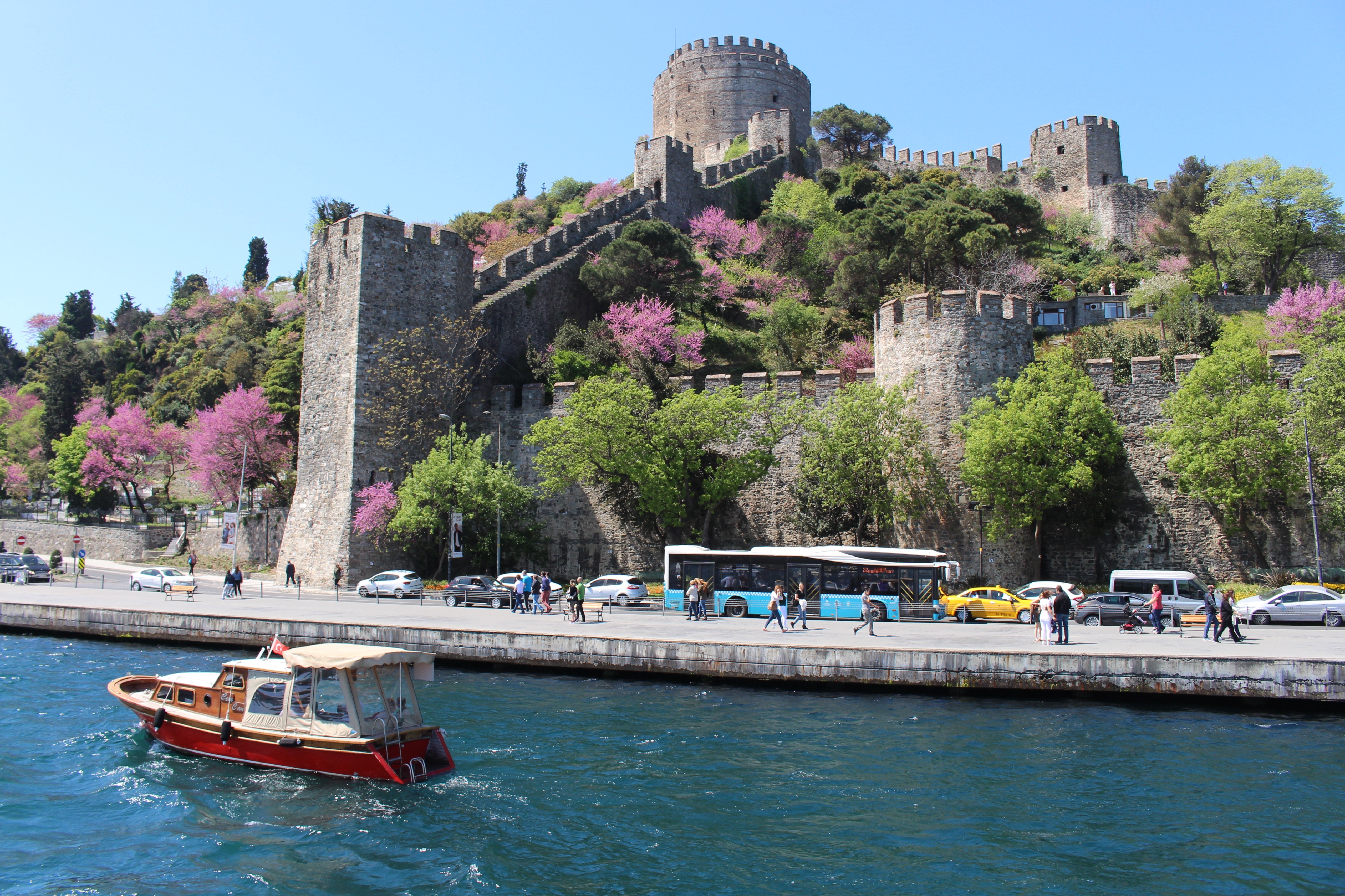 The largest cistern in Istanbul, the subterranean structure is a very interesting thing to tour on a weekend in Istanbul. It was constructed in the 6th century and is a peek into the past during the Byzantine Empire. It is very close to the Hagia Sophia and worth a visit for anyone interested in ancient history and seeing an underground structure unlike typical structures one tours while in Europe. 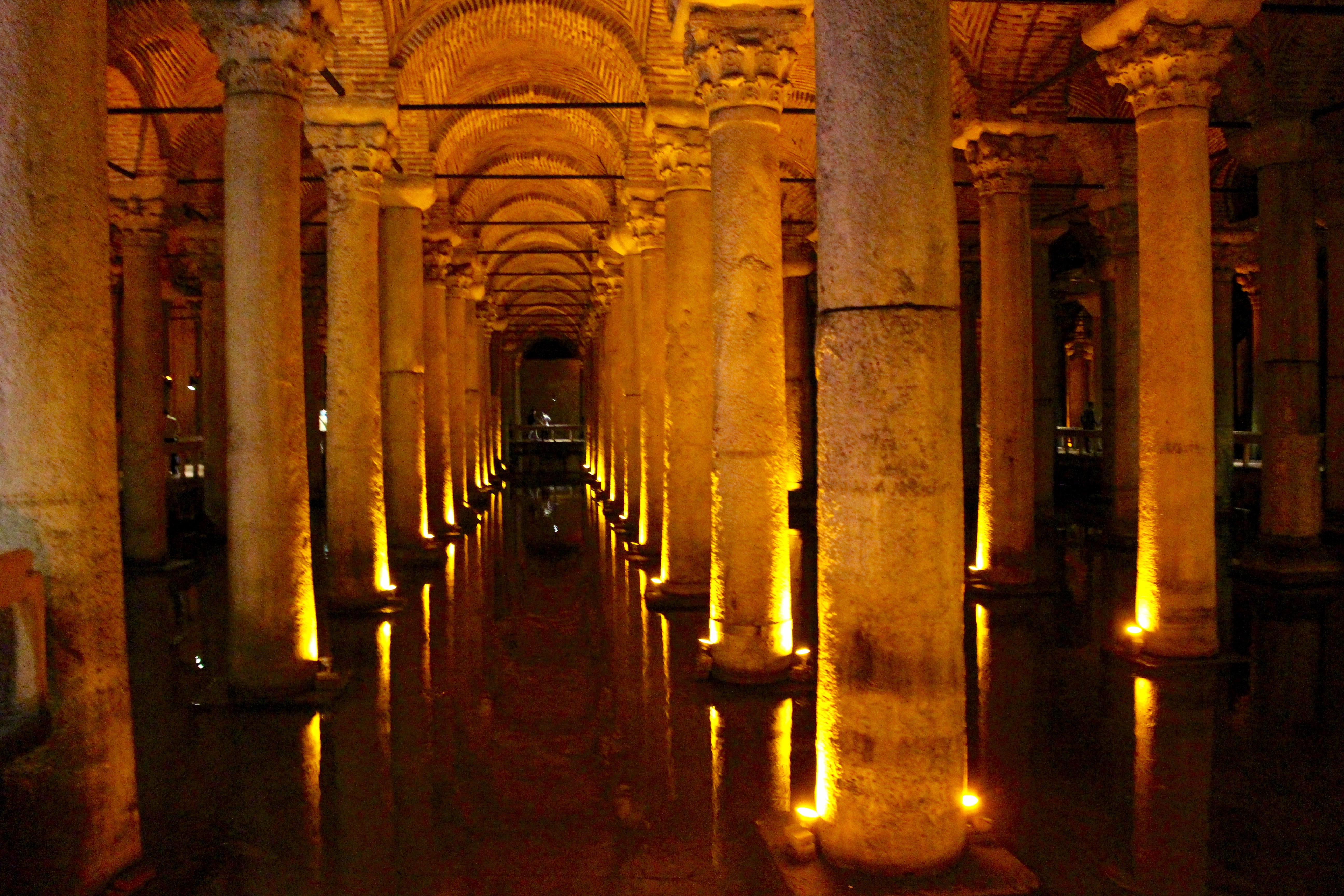 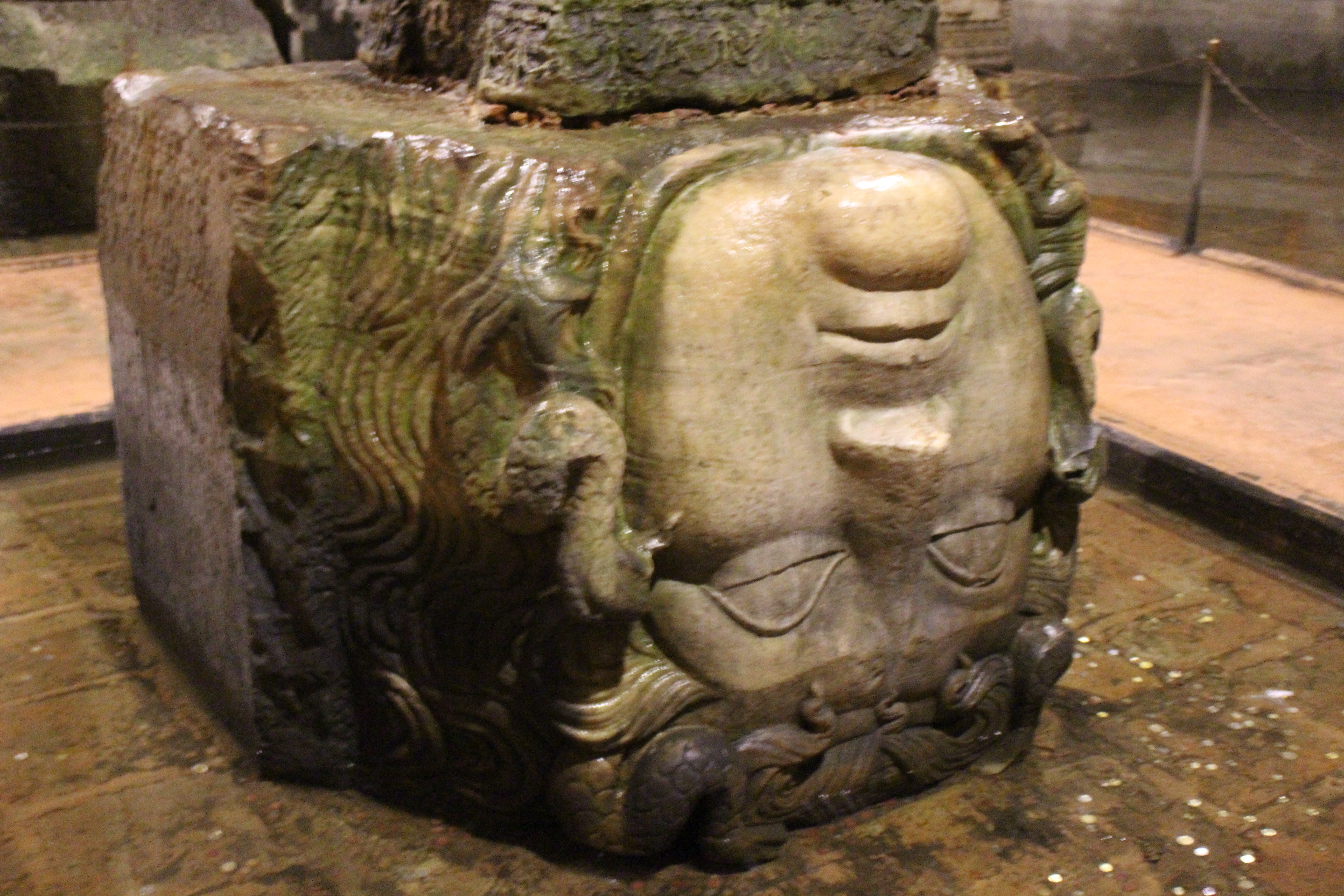 Medusa column base in the Basilica Cistern

Hookah bars are everywhere in Istanbul, and there were a plethora near our hostel on Akbıyık Cd. a street full of different restaurants. It was a fun way to spend every evening, trying different flavors of shisha and reflecting on the days activities over a huge water pipe. We had a hookah at a restaurant within the Arasta Bazaar which also featured a free whirling dervish show – a man danced by spinning in a circle at a consistent pace for a long time. It is a very spiritual performance, in which the dancer is whirling in remembrance of God. (Read more about Dervishes here) 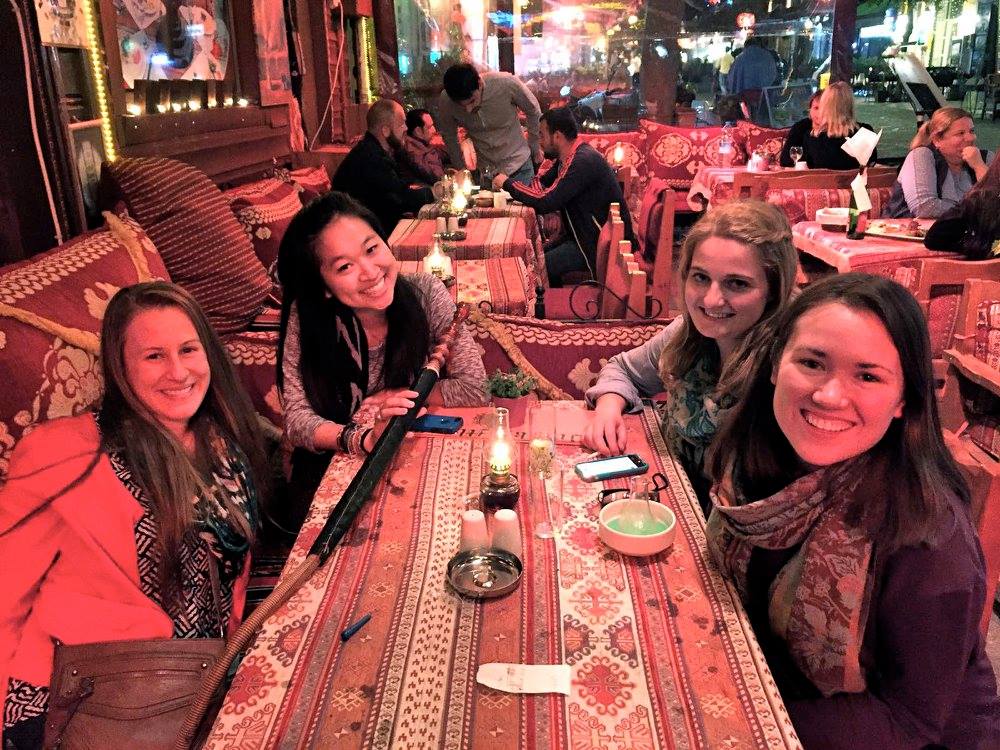 Every color, sight, and smell you can possibly imagine. The spice market is an essential stop, but be warned it’s incredibly busy and can be very overwhelming for anyone who has anxiety in bustling crowds. 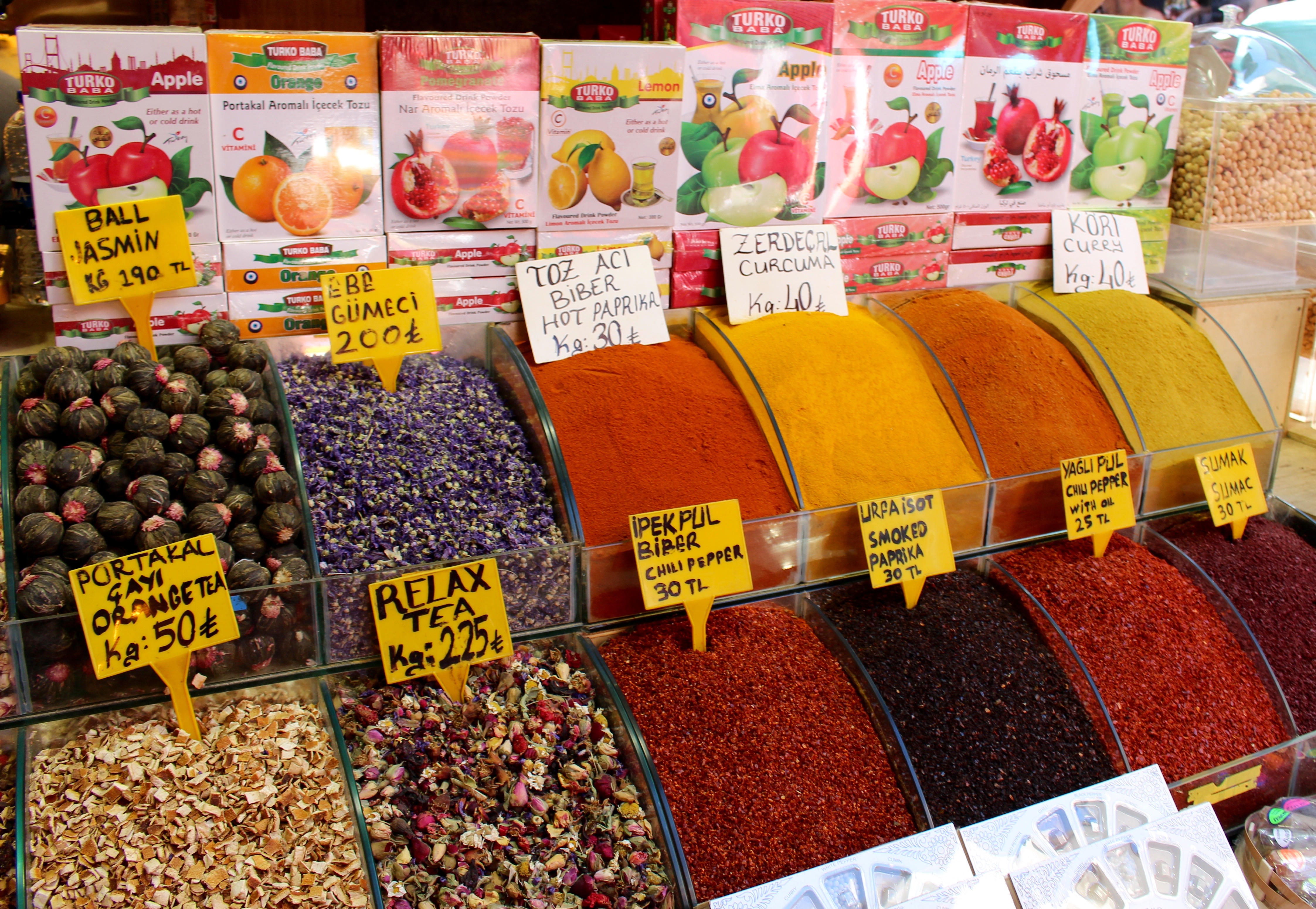 A more low-key market than the Grand Bazaar, the Arasta is right near the Blue Mosque and has a lot of stores with beautiful artwork, rugs and other goods. 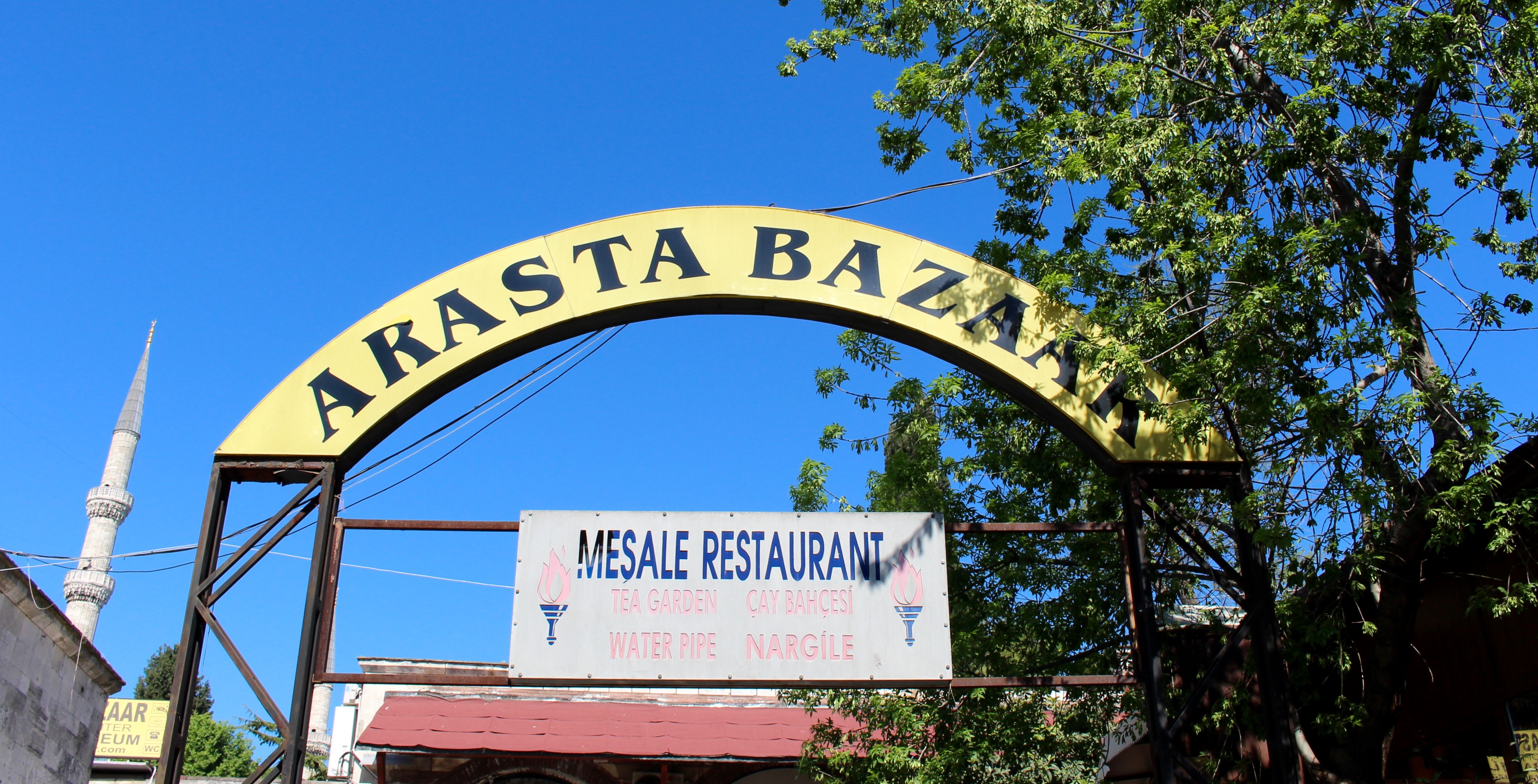 We visited Istanbul just a few weeks after a tragic bombing occurred in one of the major shopping districts of Istanbul. 2016 has been a tough year for the country, with multiple terrorist attacks targeting tourists in different parts of the city. The U.S. department of State had issued a travel warning against all tourism to Istanbul, but since we had already booked our trip, we embarked on our adventure anyway. It felt very safe in the city, and except for the hassling from store owners, there were very few problems of cultural differences in Istanbul. 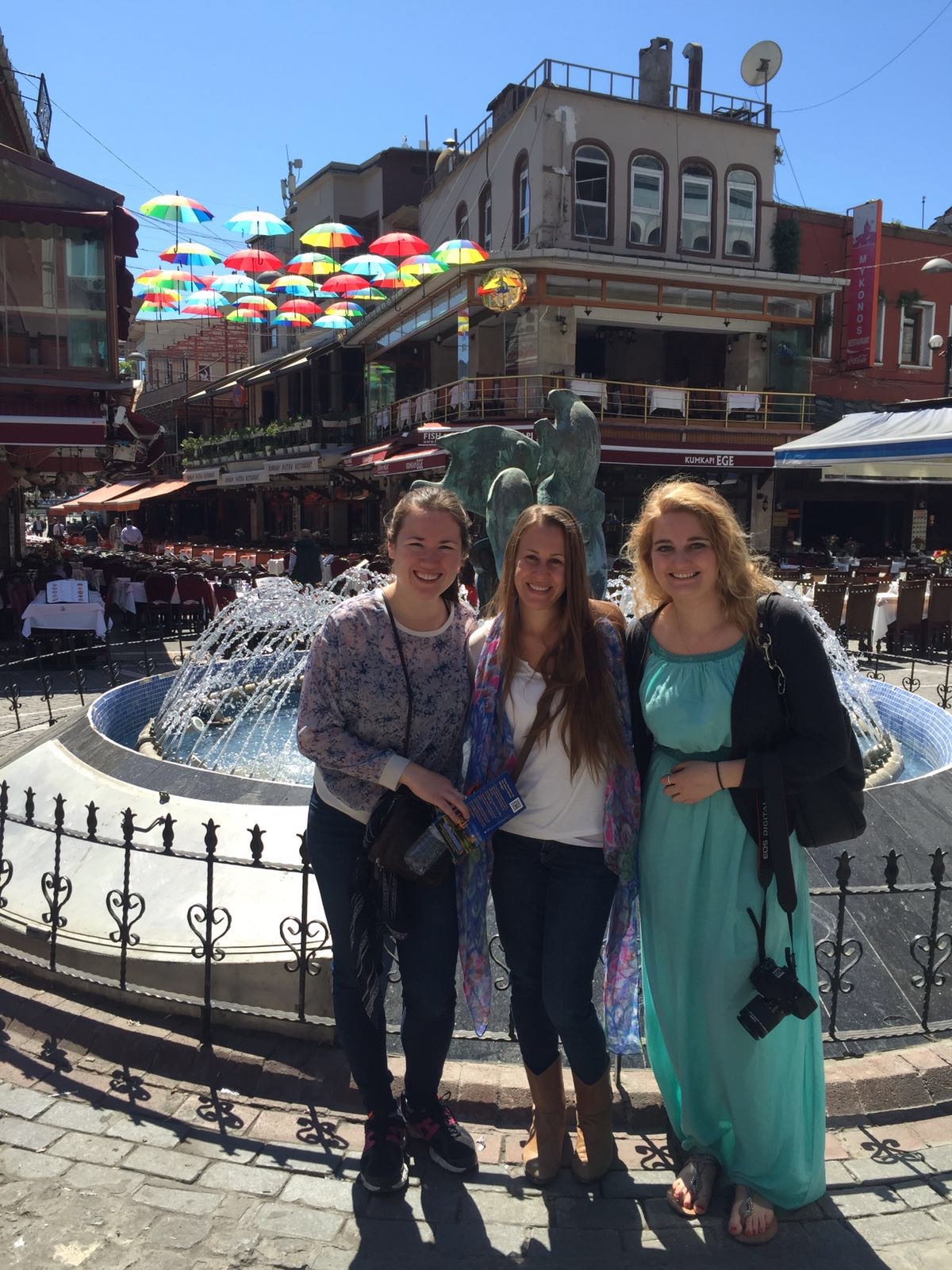 Horrible things can happen in any city at any time, and I don’t believe in living in fear or letting terrorists win by changing my lifestyle out of fear. Life is meant to be enjoyed, and the world is meant to be explored, even if a small group of extremists are seeking to ruin it for the rest of us. Go and wander, and don’t worry. 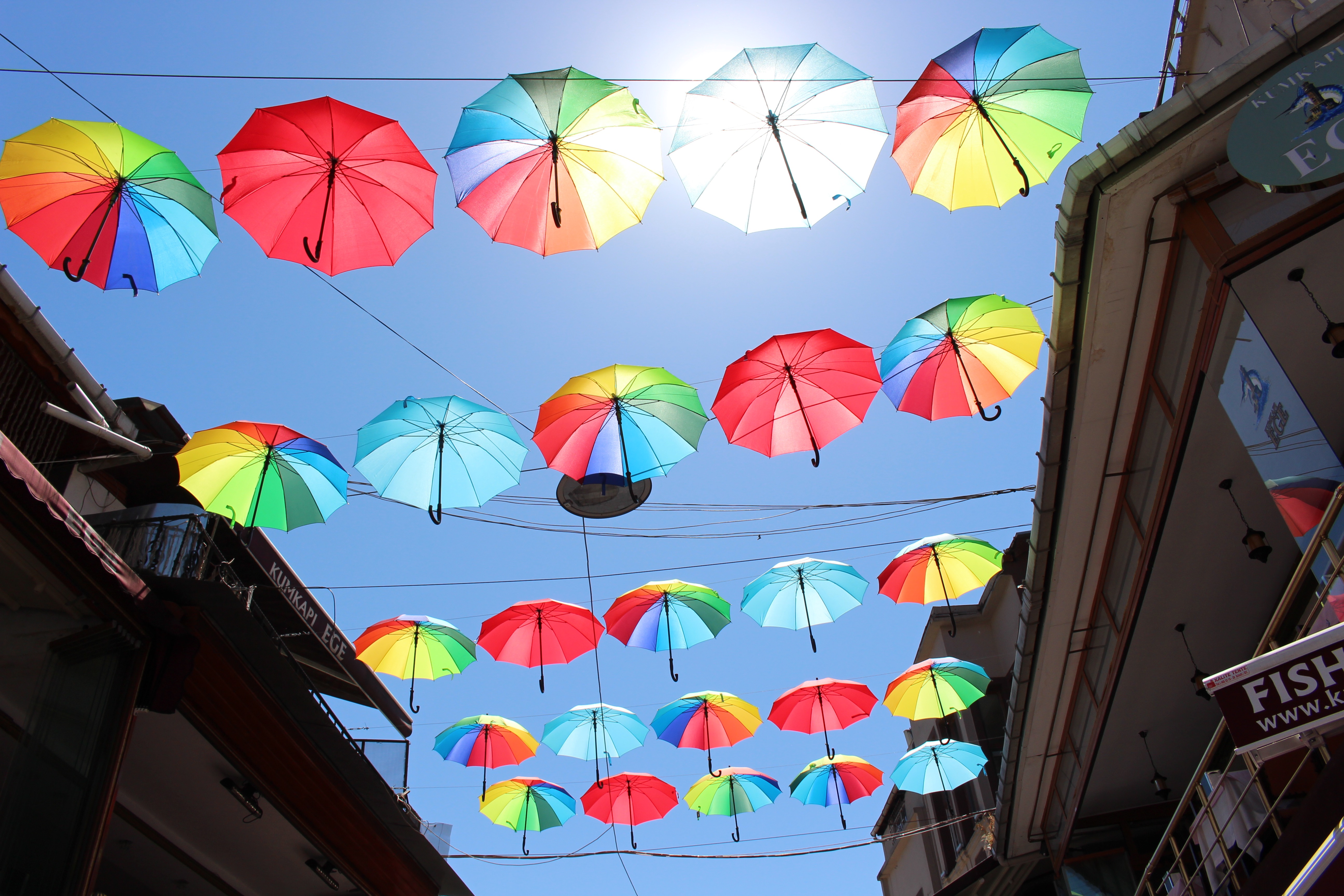