Brussels is the capital city of Belgium and comprises a small region of the country, including both a French and Flemish (Dutch) community. The people of Brussels are quite impressive, in that they can speak three languages fluently, Dutch, French, and English.

My co-workers and I flew into the Brussels-Charleroi airport, a “budget” airport about 40 minutes away from the city center, as the flights were cheaper than flying into the main Brussels airport.

Keep in mind that the bus ticket is about 30 euros round trip to get to and from the city center from Charleroi. If the difference in cost for plane tickets is not significant, I would recommend flying straight into the main Brussels airport.

The first major tourist attraction we visited was the Atomium. Located a bit outside the city center, one has to take the metro to Heysel subway station and walk just a few minutes to the structure. It cost 11 euro for regular admission but 8 for students, so don’t forget your old college ID. 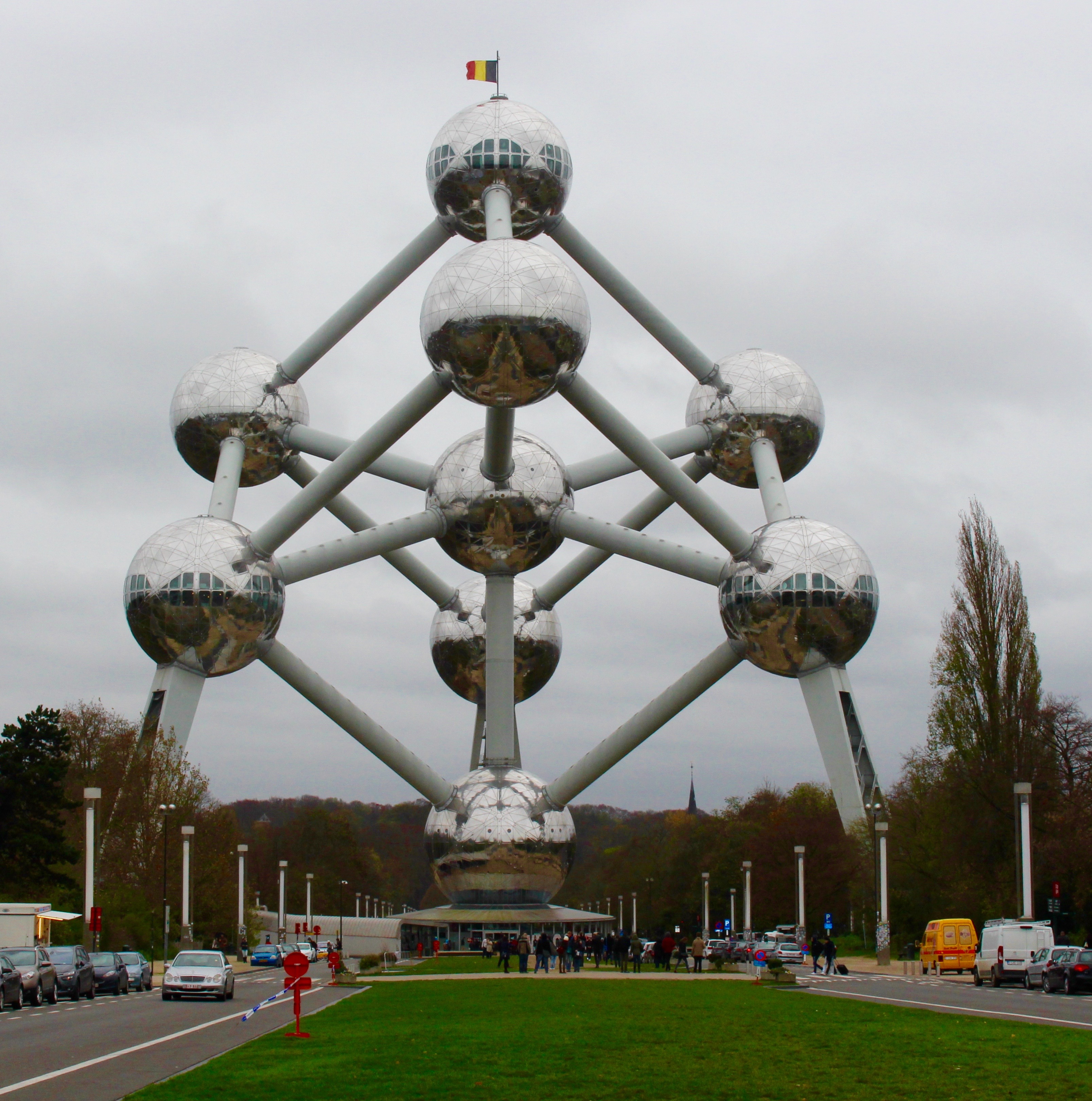 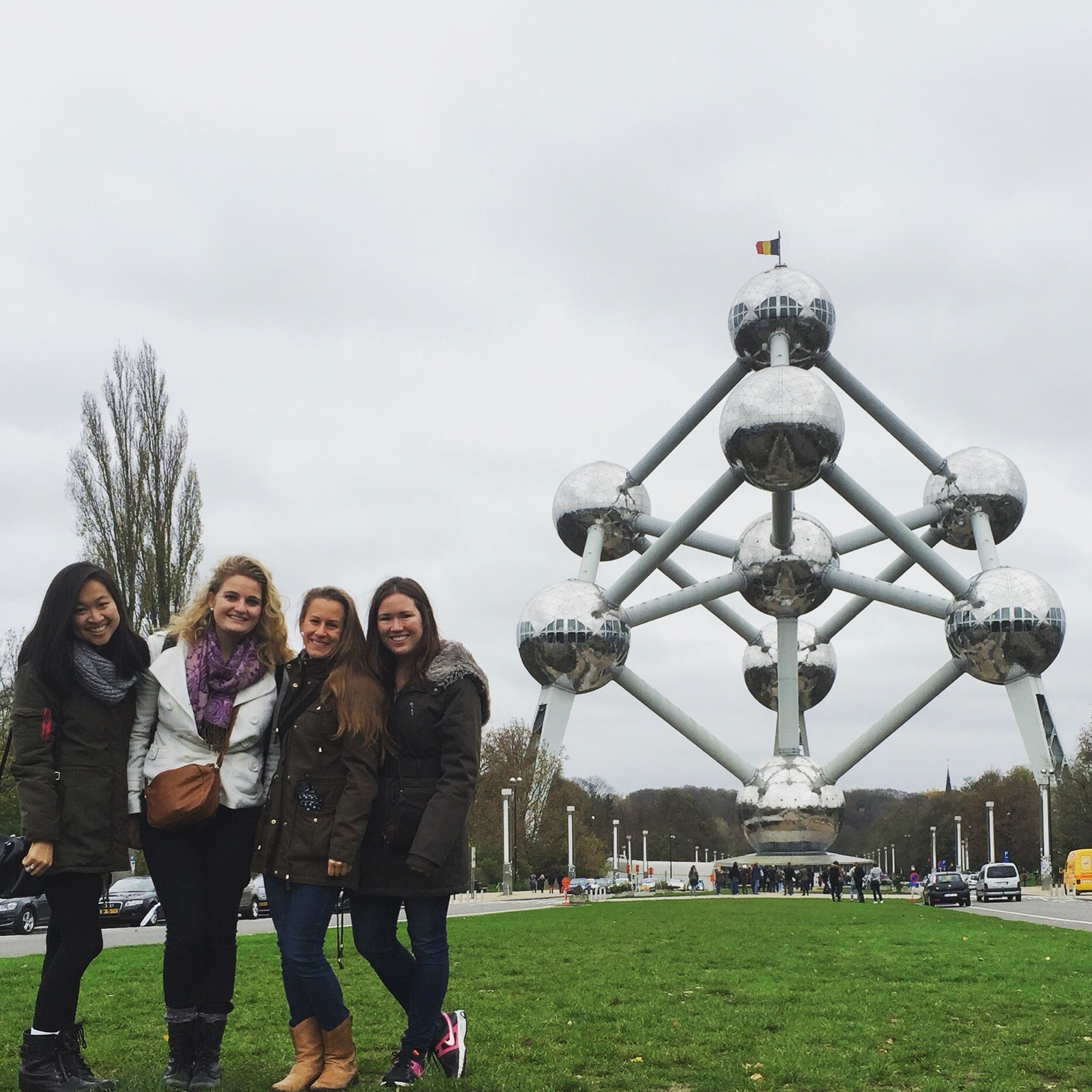 The Atomium was first constructed for the 1958 World’s Fair and now functions as a museum, extending through several of the spheres, providing beautiful views of the city. 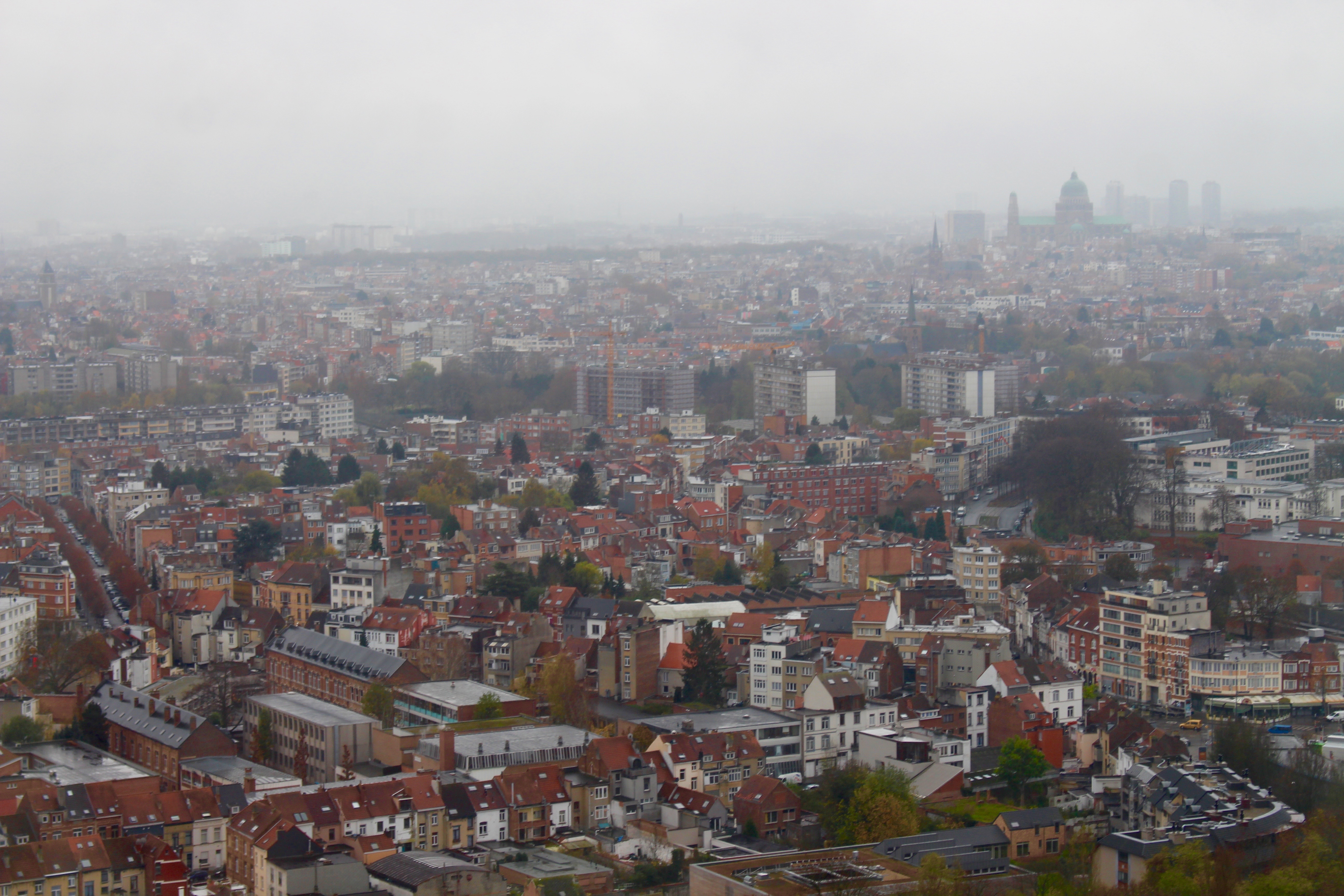 Probably my favorite spot that we encountered while in Brussels, Delirium Café is an incredible bar. With a beer list a mile long and a host of people from all walks of life, the establishment makes for a delightful experience for anyone who likes beer. There are up to 2,004 beers on tap, with beer from over 60 countries and many Belgian beers as well. 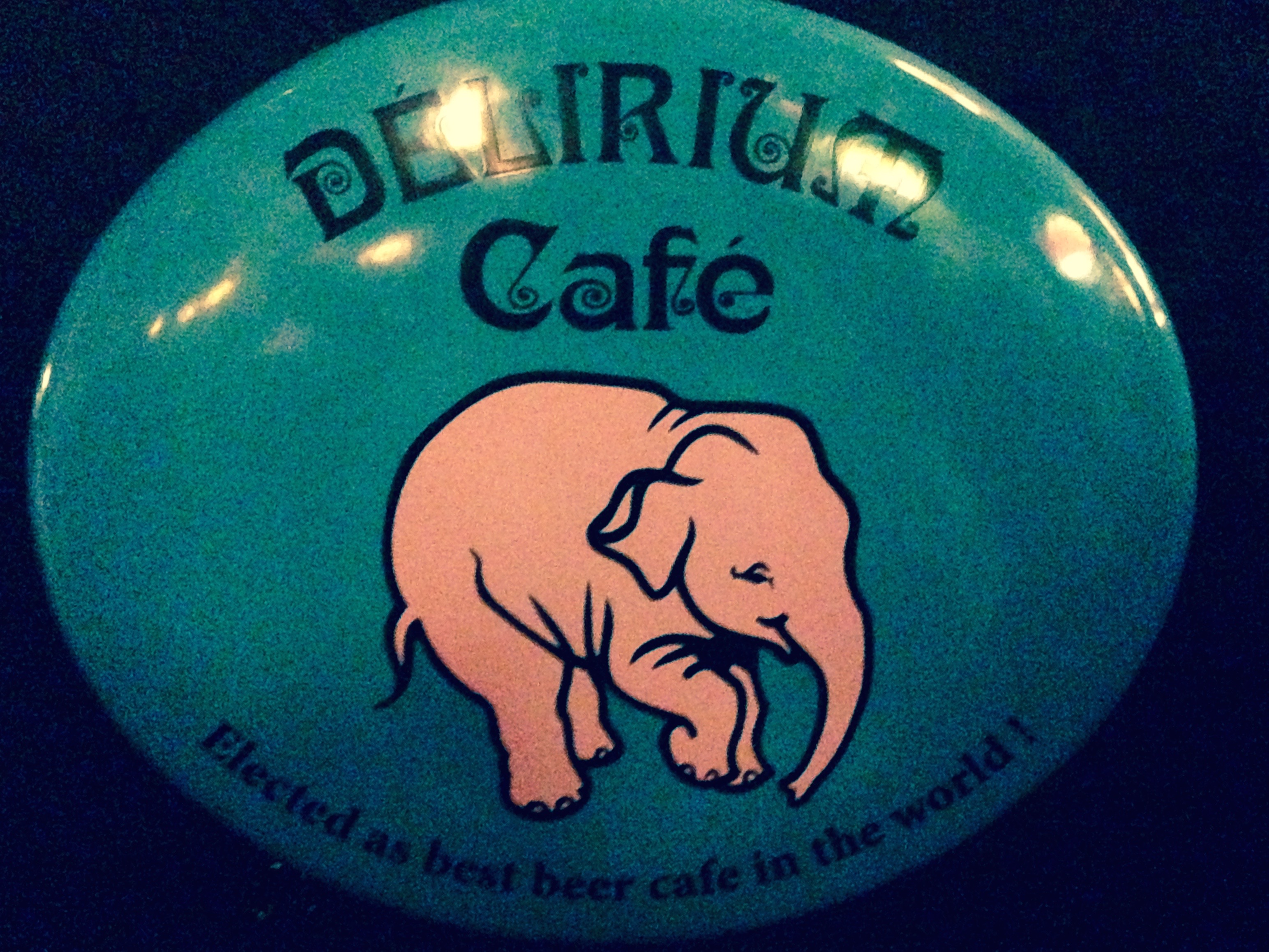 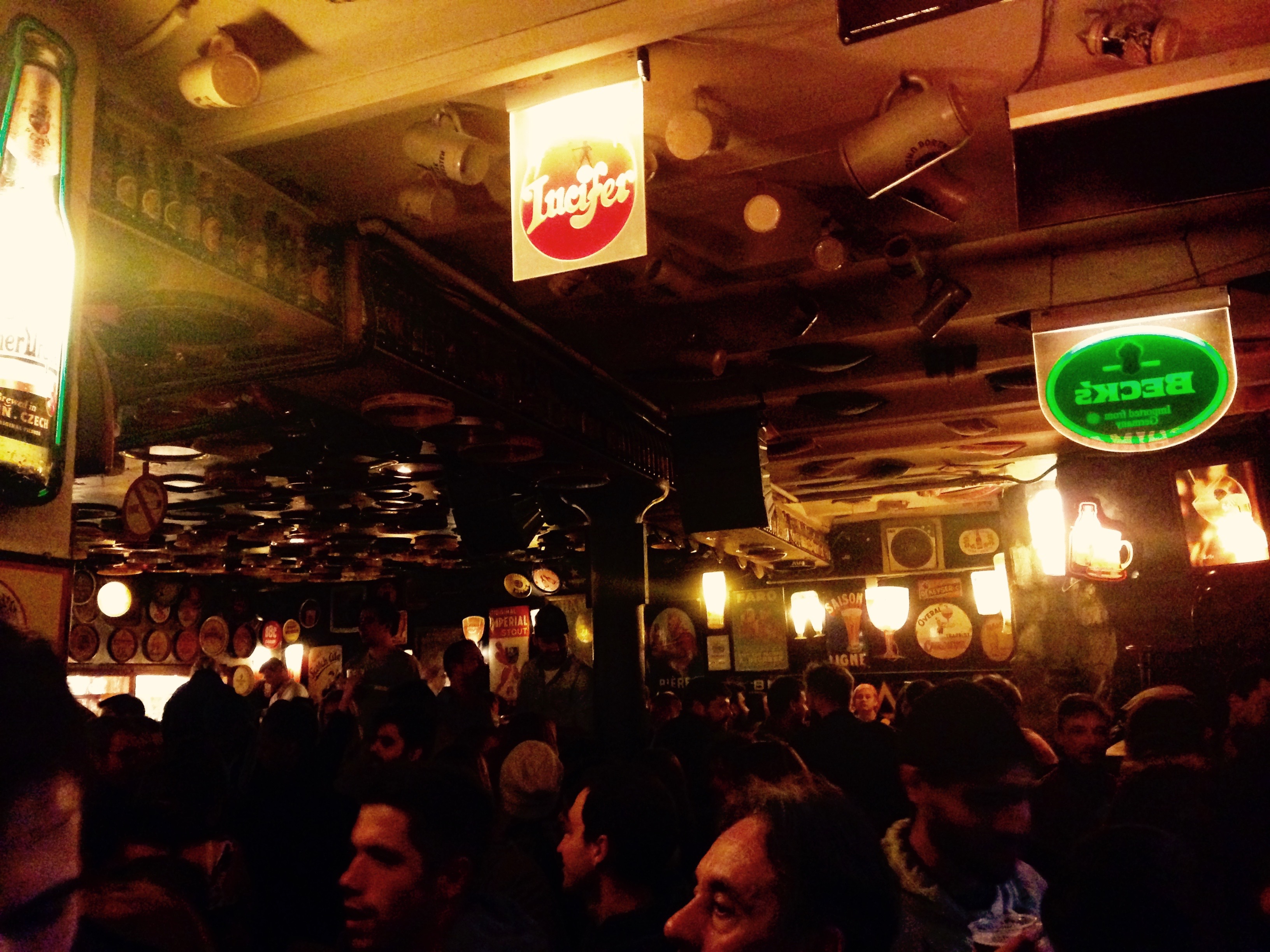 This is the main square in Brussels. Within it is the city hall, the Brussels Historical Center/Museum, and other beautiful buildings with gold-detailed exteriors. 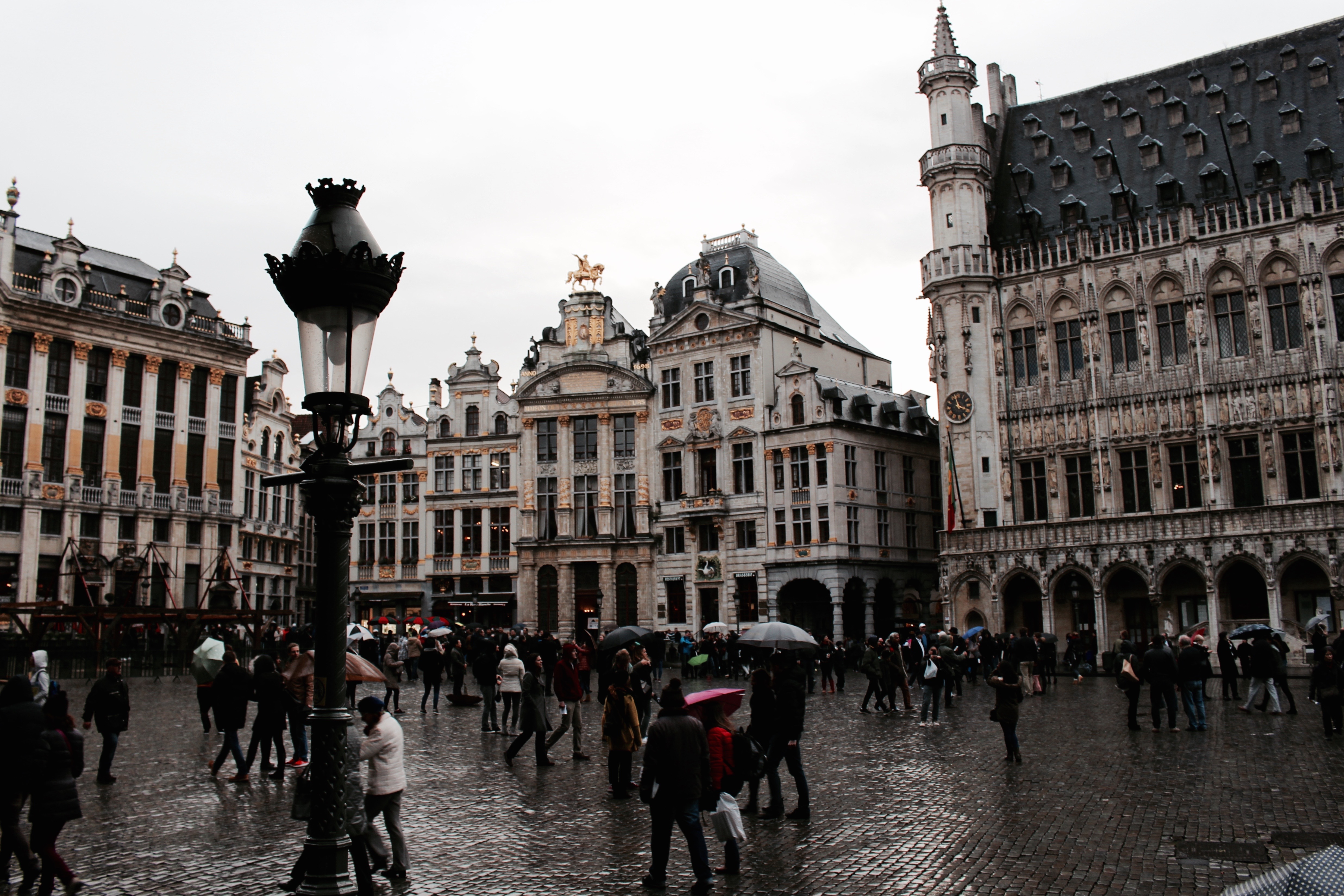 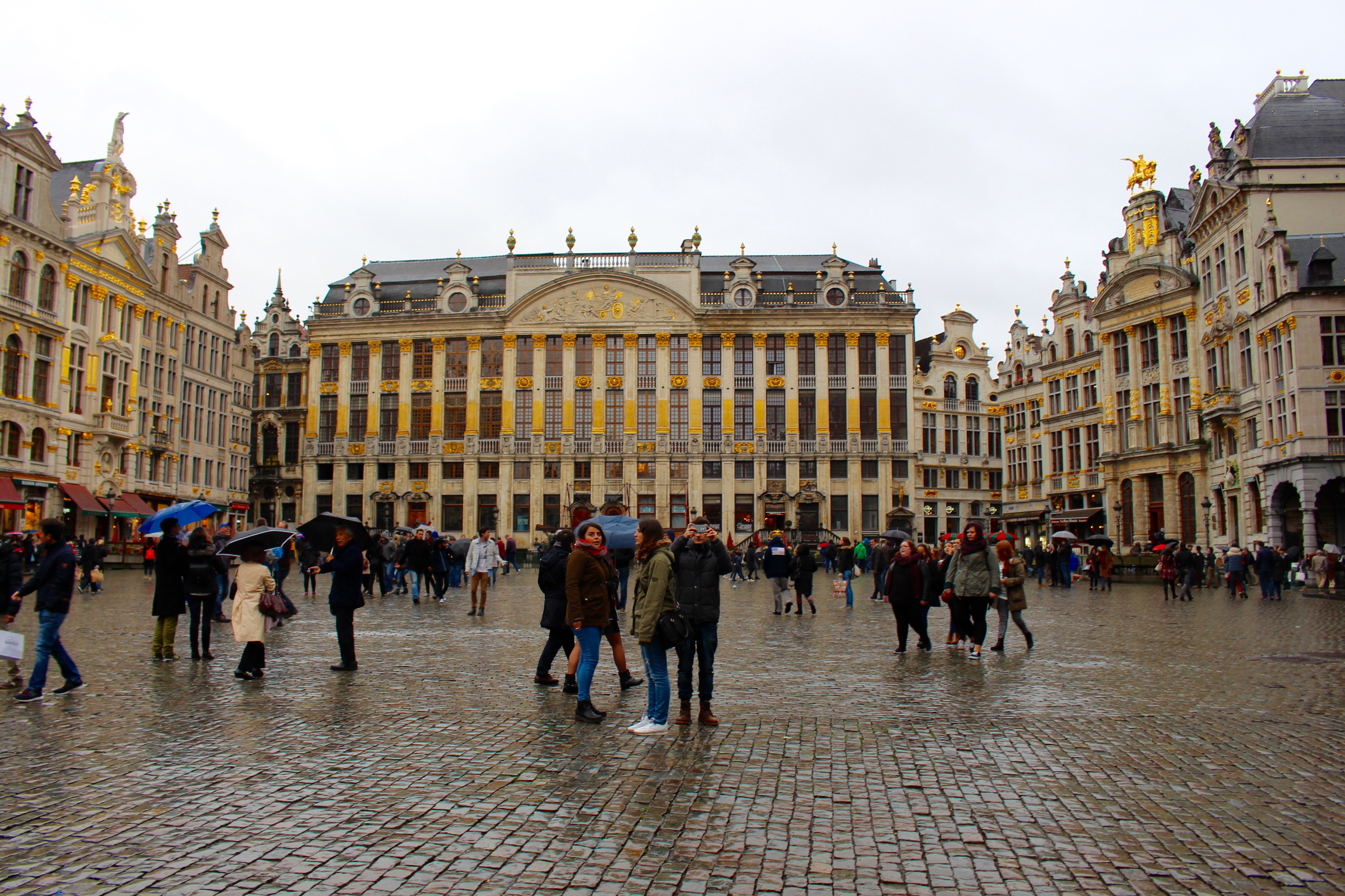 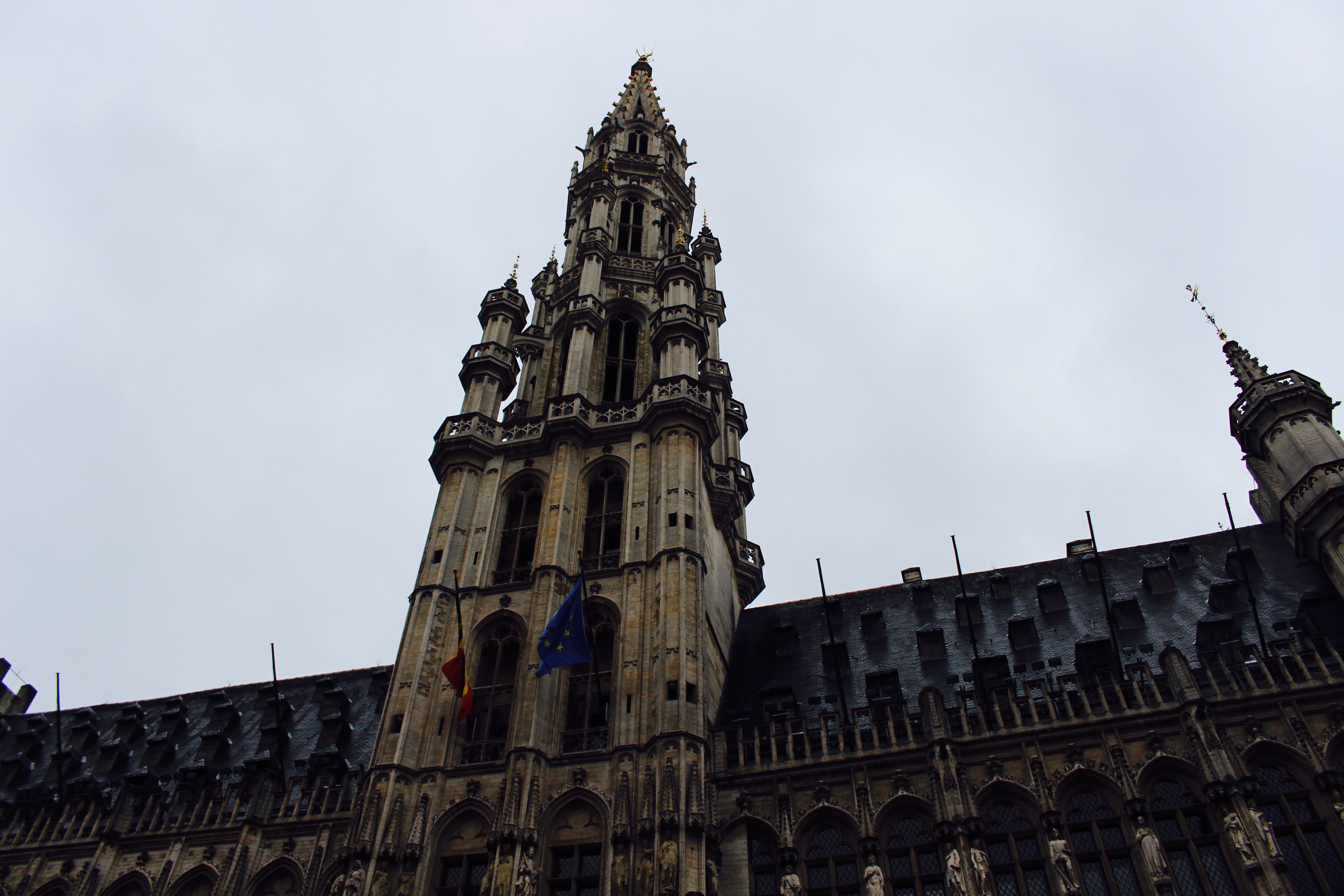 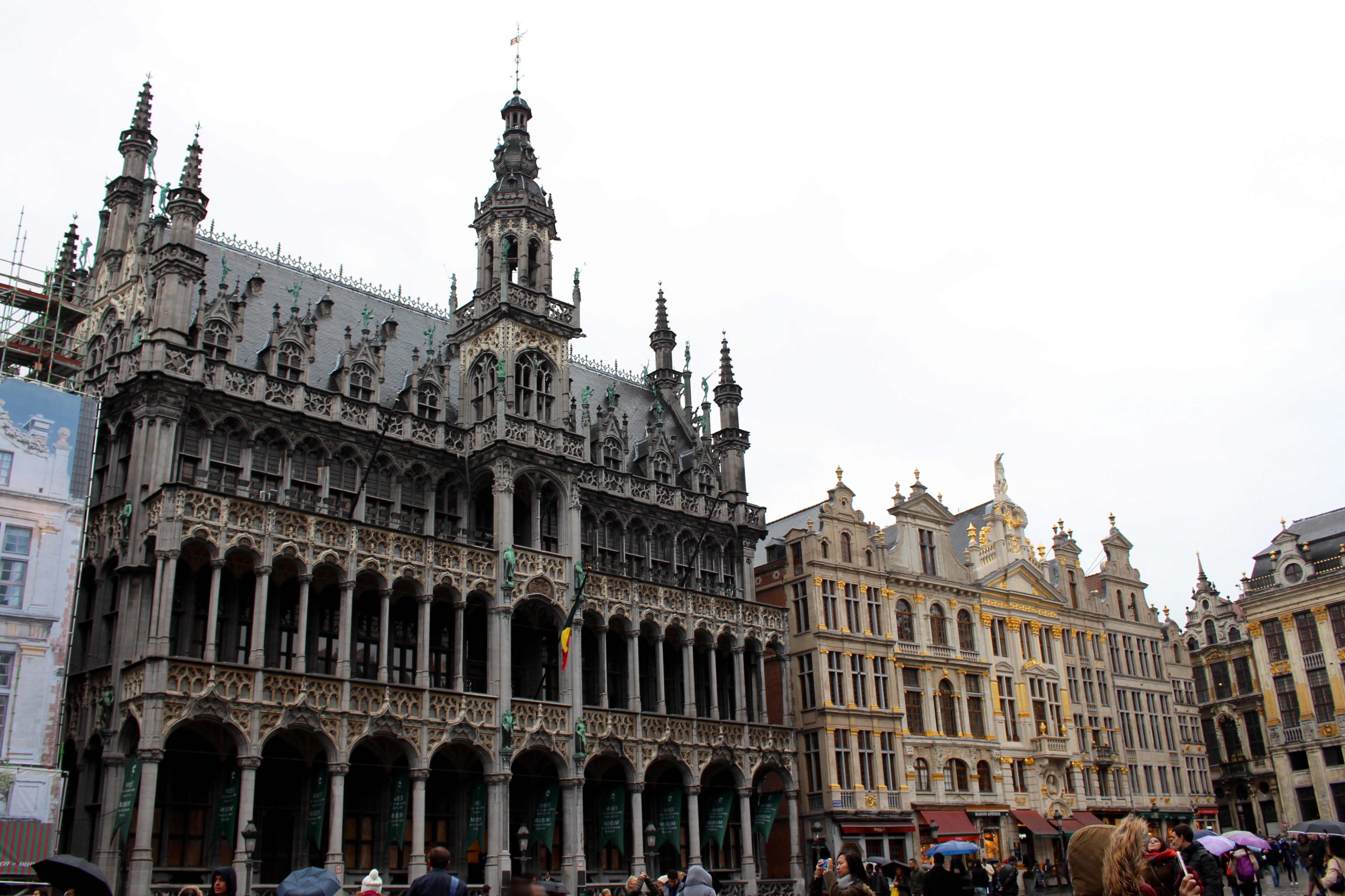 This center is in the Grand Place/Main Square and costs only 3 euros for entry with a student ID, so I decided to walk through to see what the museum had to offer. It was rainy in Brussels, so the opportunity to be inside was welcomed.

The majority of the museum had content that was explained in only French and Dutch, so I wandered by admiring images. On the top level, there was an exhibit of all of the Manneken Pis statues in various costumes, which were very entertaining to see. 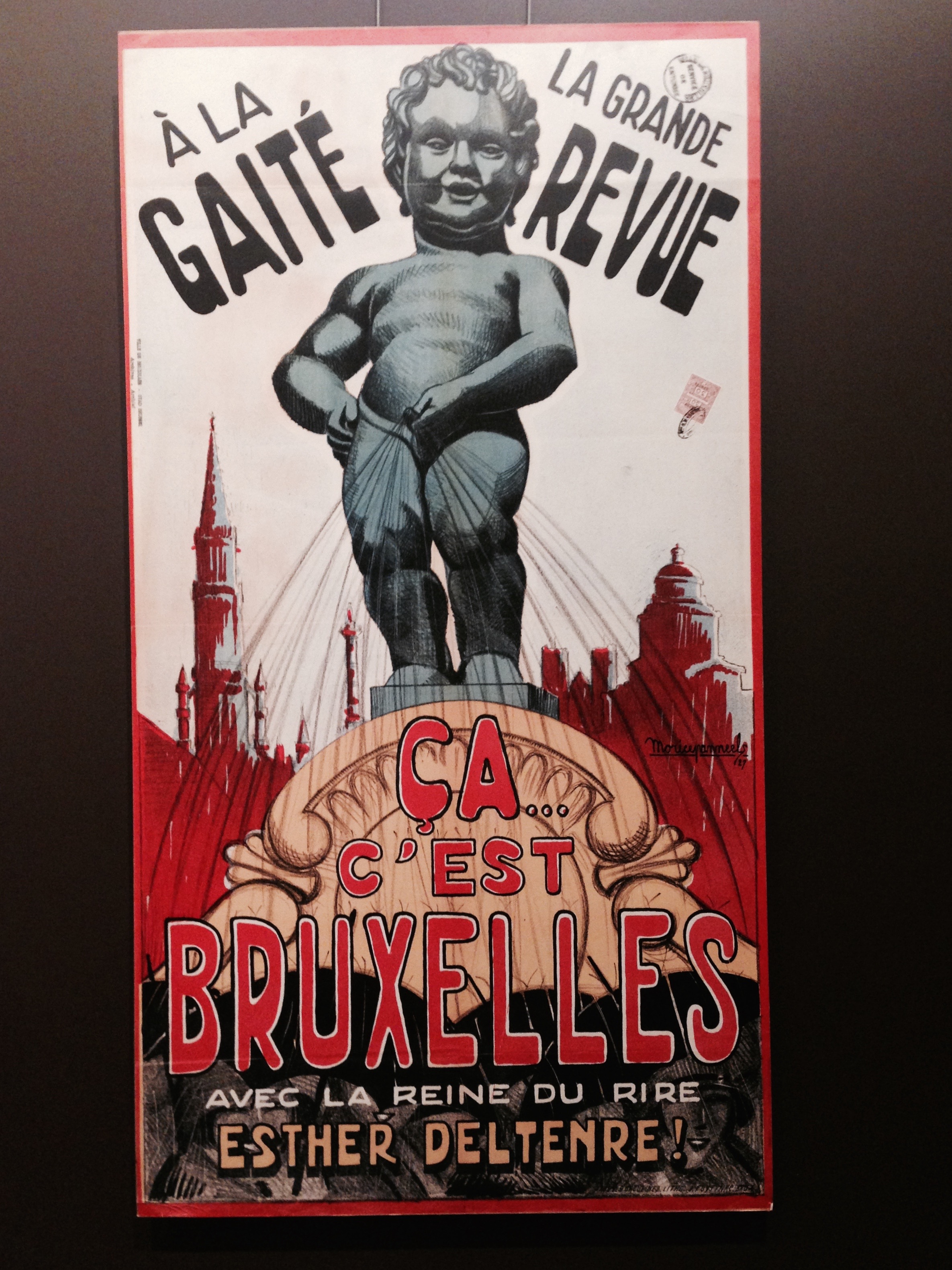 There are different stories as to how the Manneken Pis came to be, and the origin of the legends date back to 1142. The actual sculpture was completed in 1619. It is only 61cm tall, a tiny sculpture when considering that it is considered such a “tourist attraction” of Brussels. 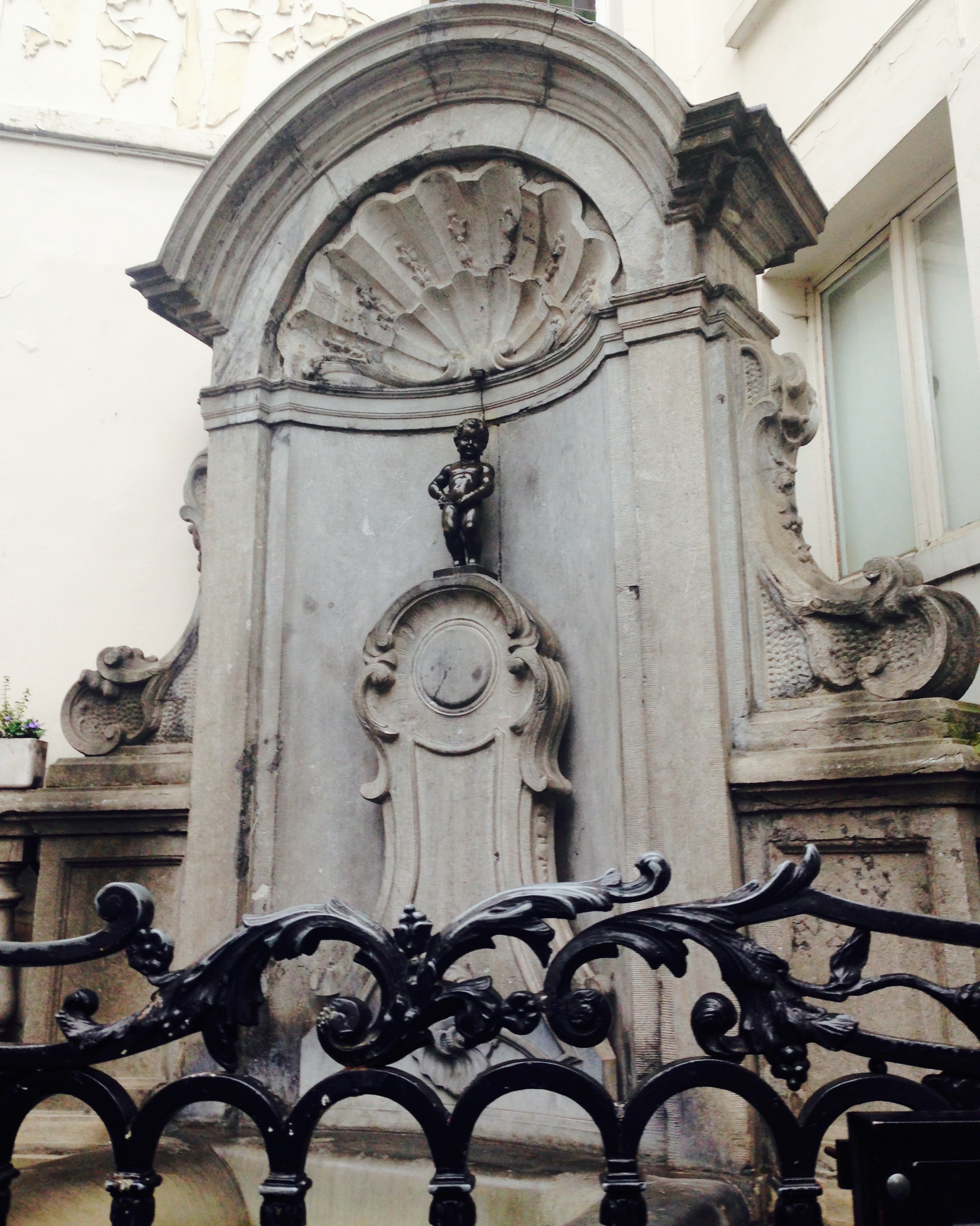 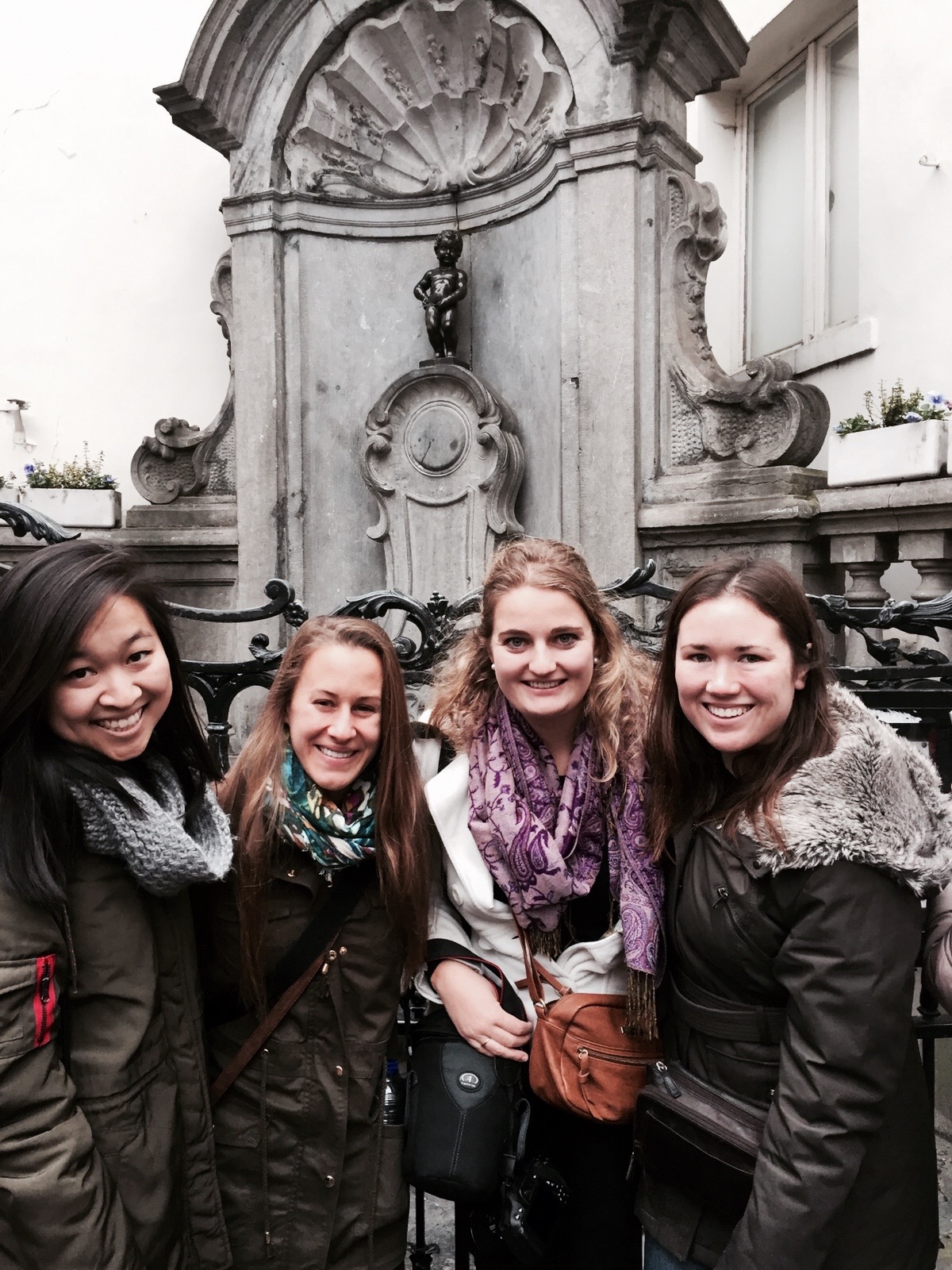 Moules Frites or Mussels and Fries is a specialty of Brussels, and it is one that they are quite proud of. A kilo (to translate for Americans – a giant pot) runs 20euro at virtually every restaurant. We went to Chutney’s Restaurant, a fine establishment located within the Royal Warwick Hotel. The mussels are available in various styles of preparation; I opted for white wine, garlic, and cream sauce. And yes, I did eat the entire thing. 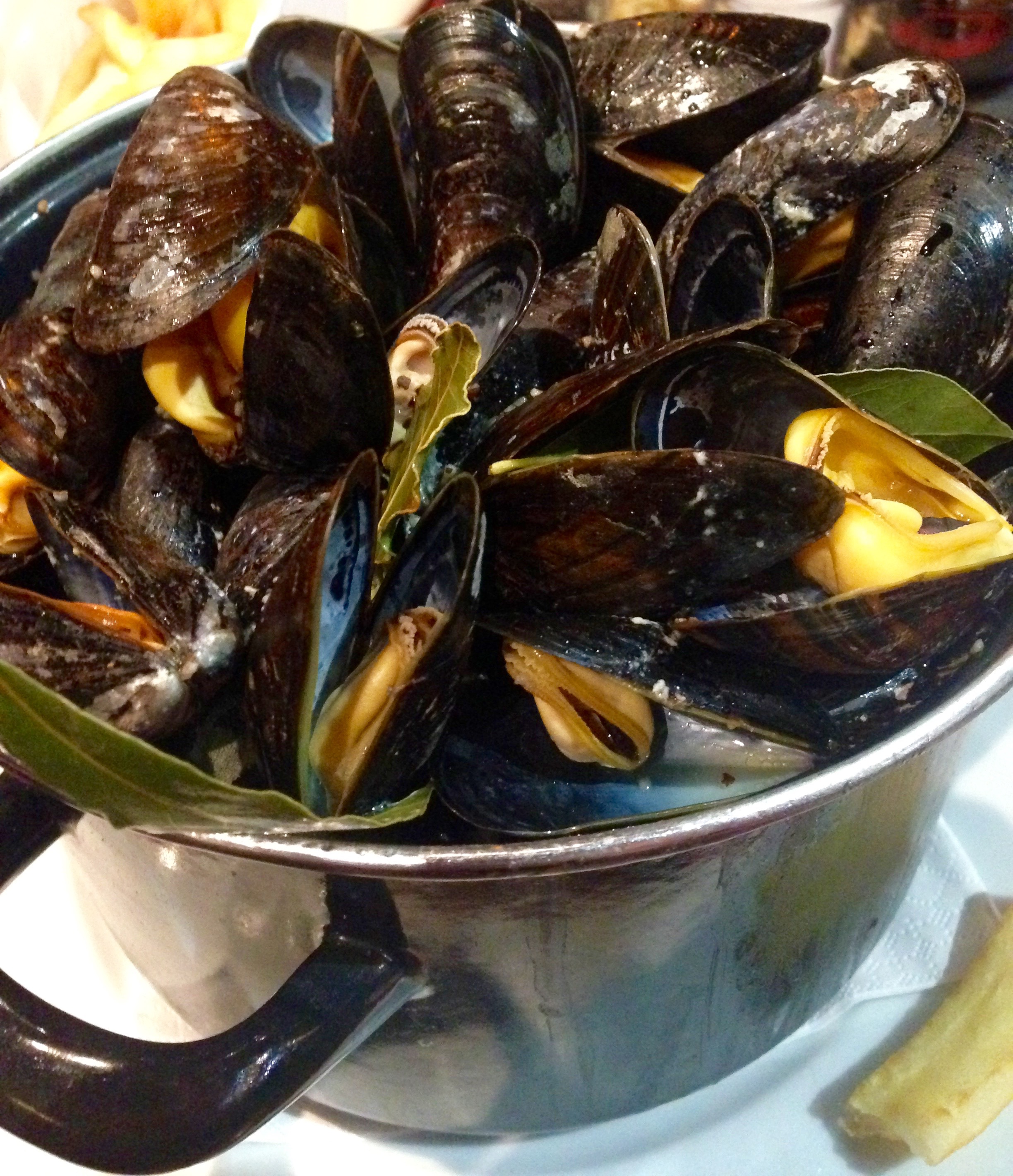 Belgian chocolate shops are unbelievably enchanting. While not cheap, splurging on truffles is worth every euro, and I wish I would have bought a lot more while we were there.

Waffles in Brussels are not seen as a breakfast food, but we chose to ignore that and get them every day for breakfast anyway, and they were absolutely delicious. Dense, sweet, and with a variety of toppings to chose from, one cannot go wrong eating a waffle every day while in Belgium. 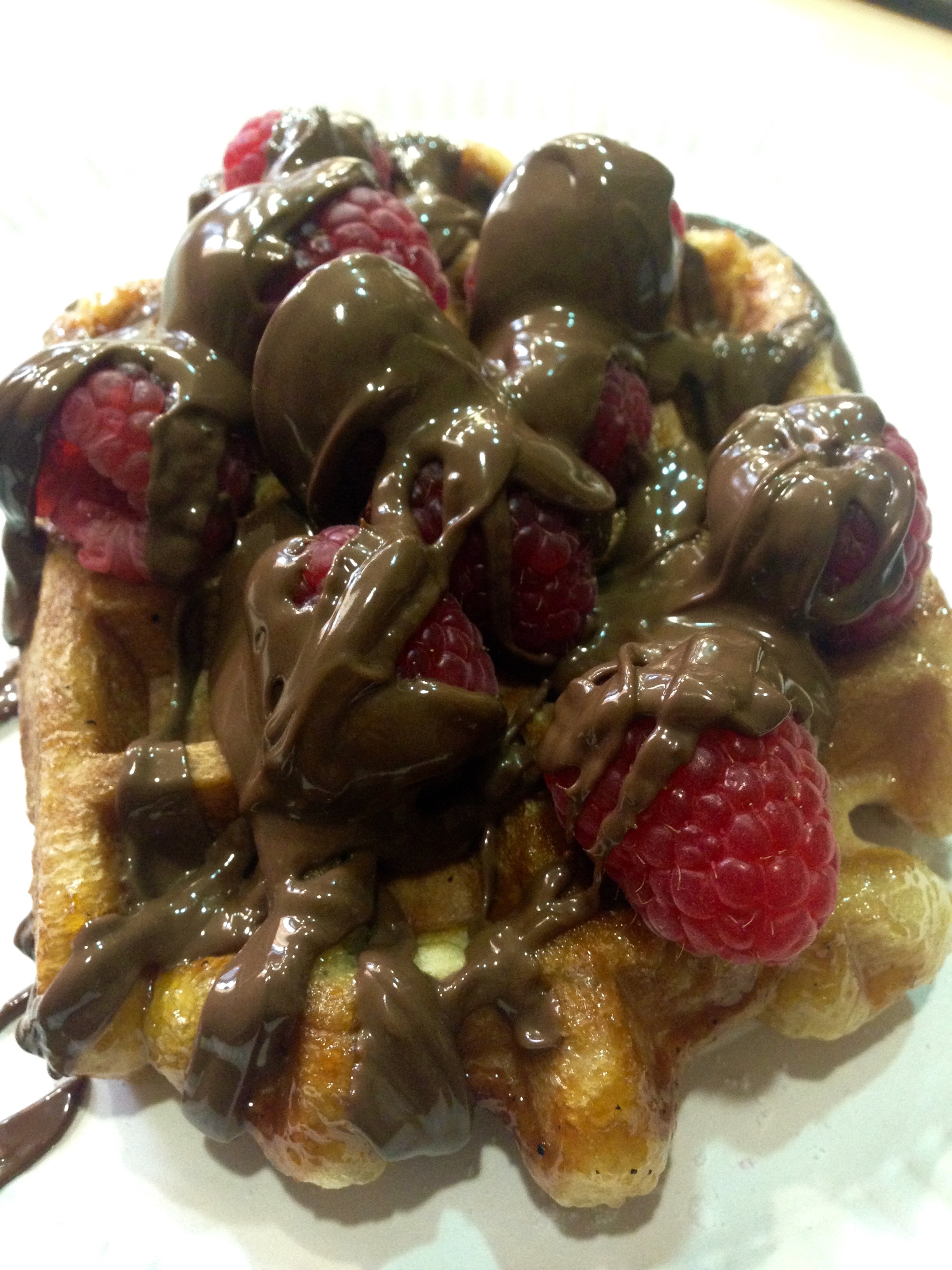 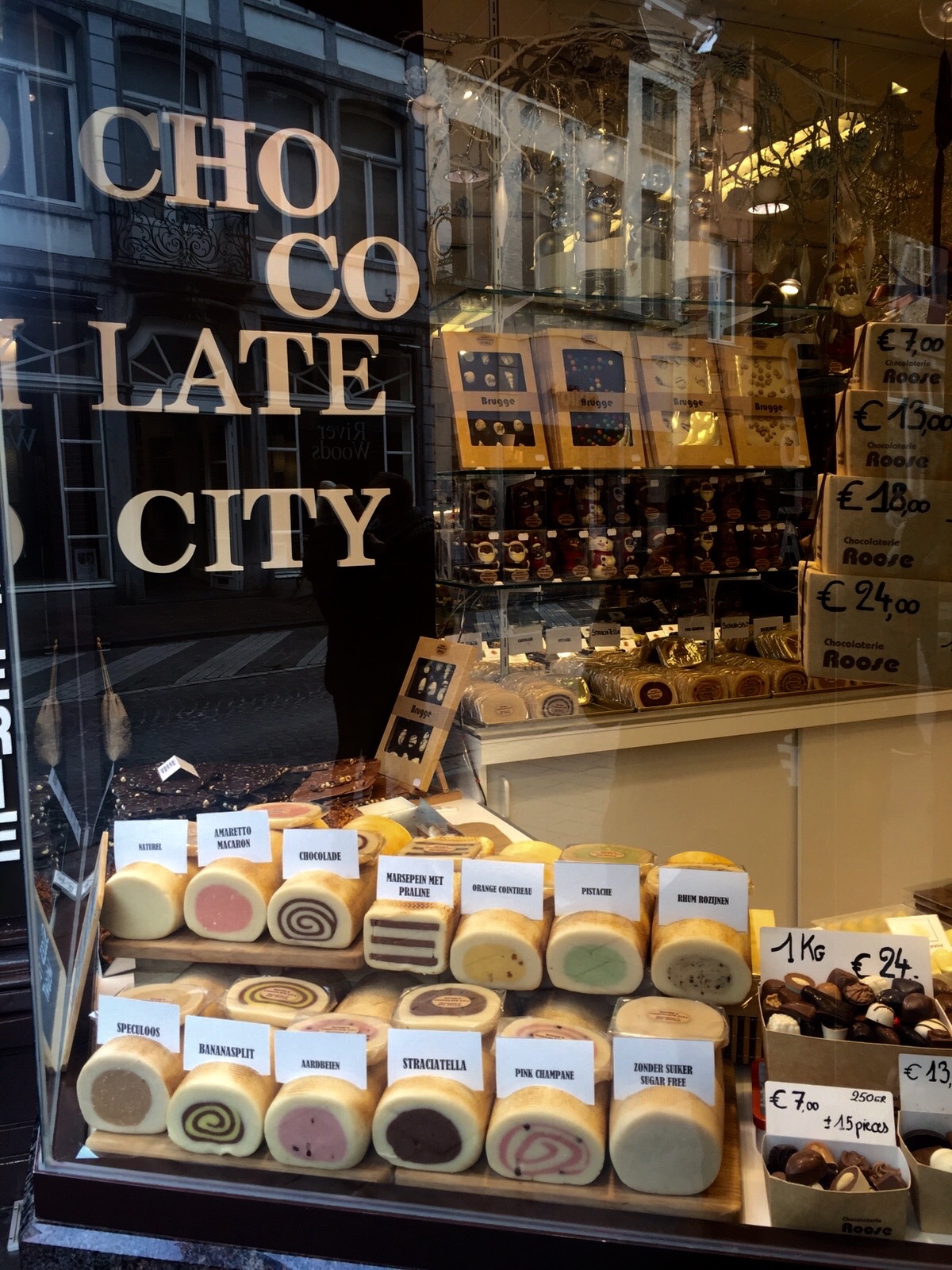 Our last day before our flight back to Spain was rather rainy. We spent the day walking around, visiting more chocolate shops, and seeing the Cathedral and the Palace. 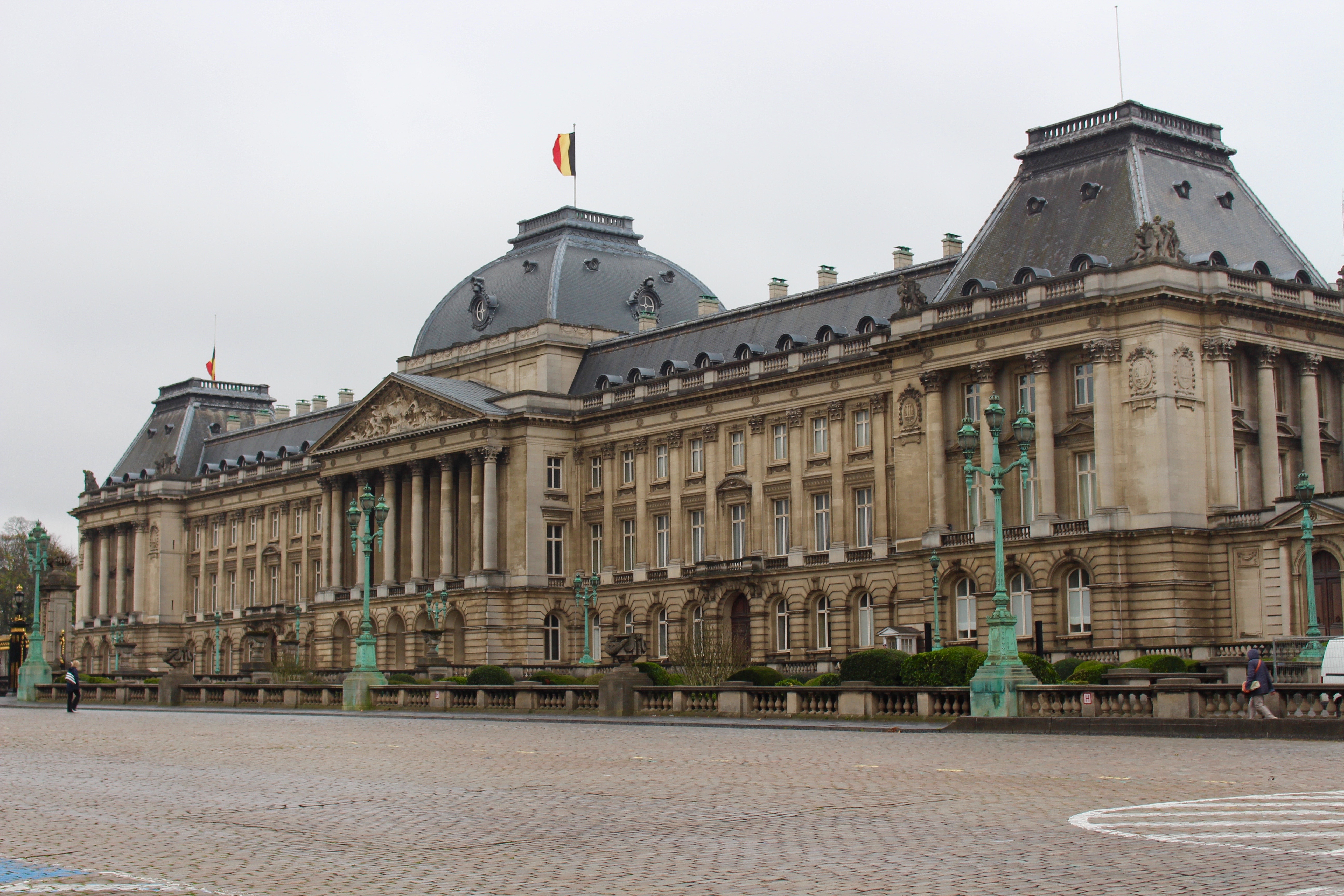 The cathedral was free to tour, and the interior was an attractive gothic style. The palace was not open for tours on the day we walked by. Another thing we did while in Brussels was a day trip to Brugge – read my post on that here. 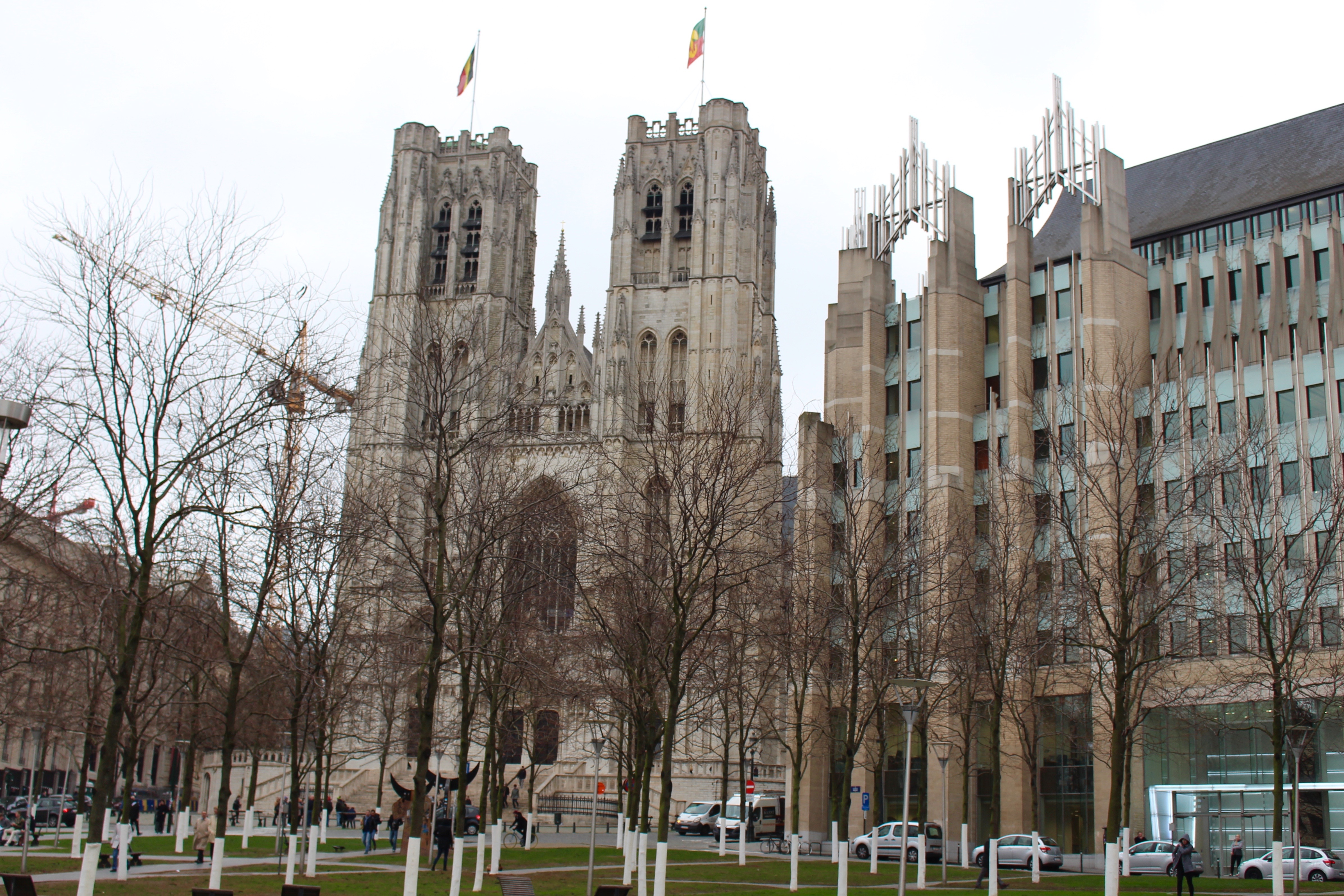 The first night we spent in Brussels was also the night of the tragic, ISIS terrorist attacks in Paris, France. To demonstrate solidarity with the people of France, Brussels town hall lit up in the colors of the French Flag. 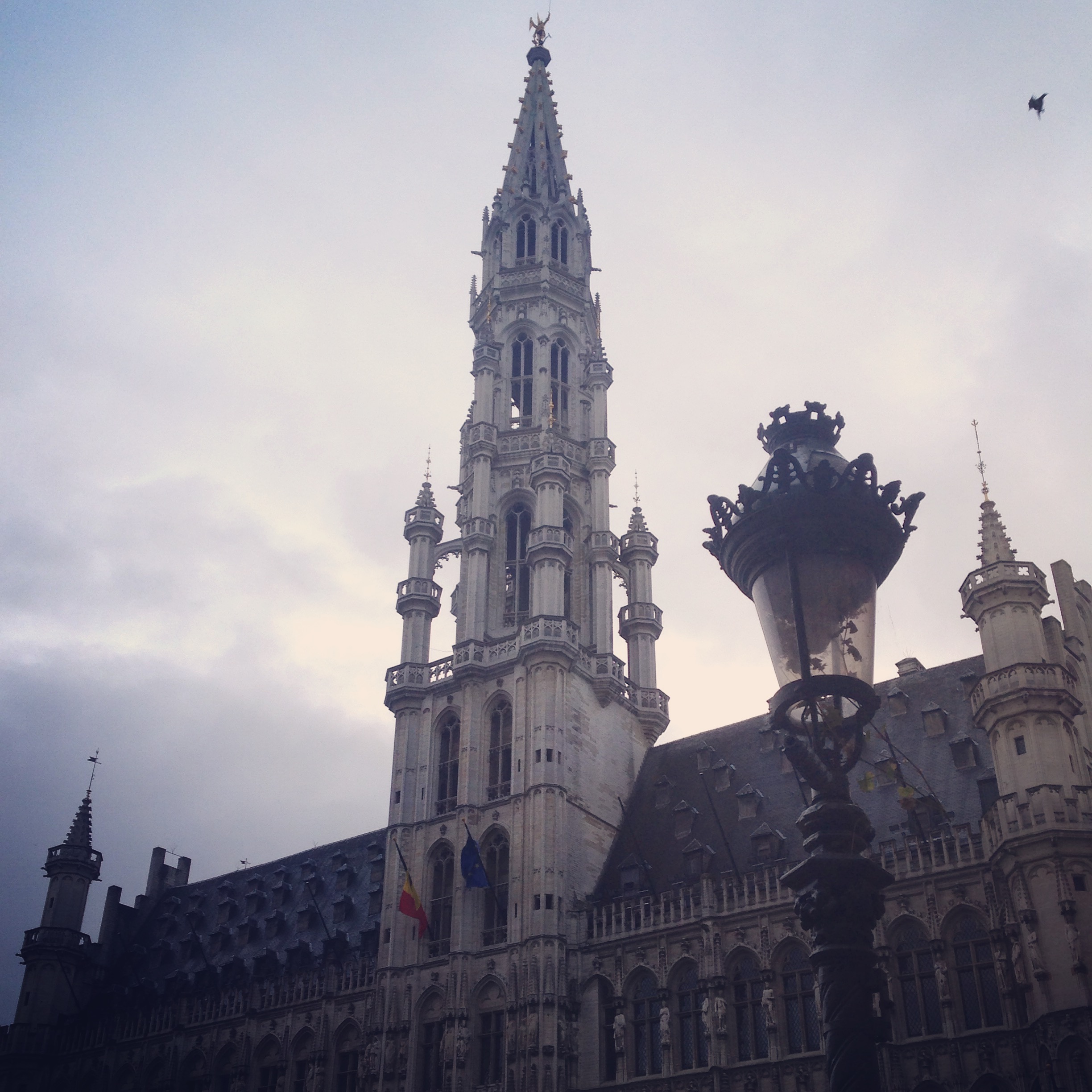 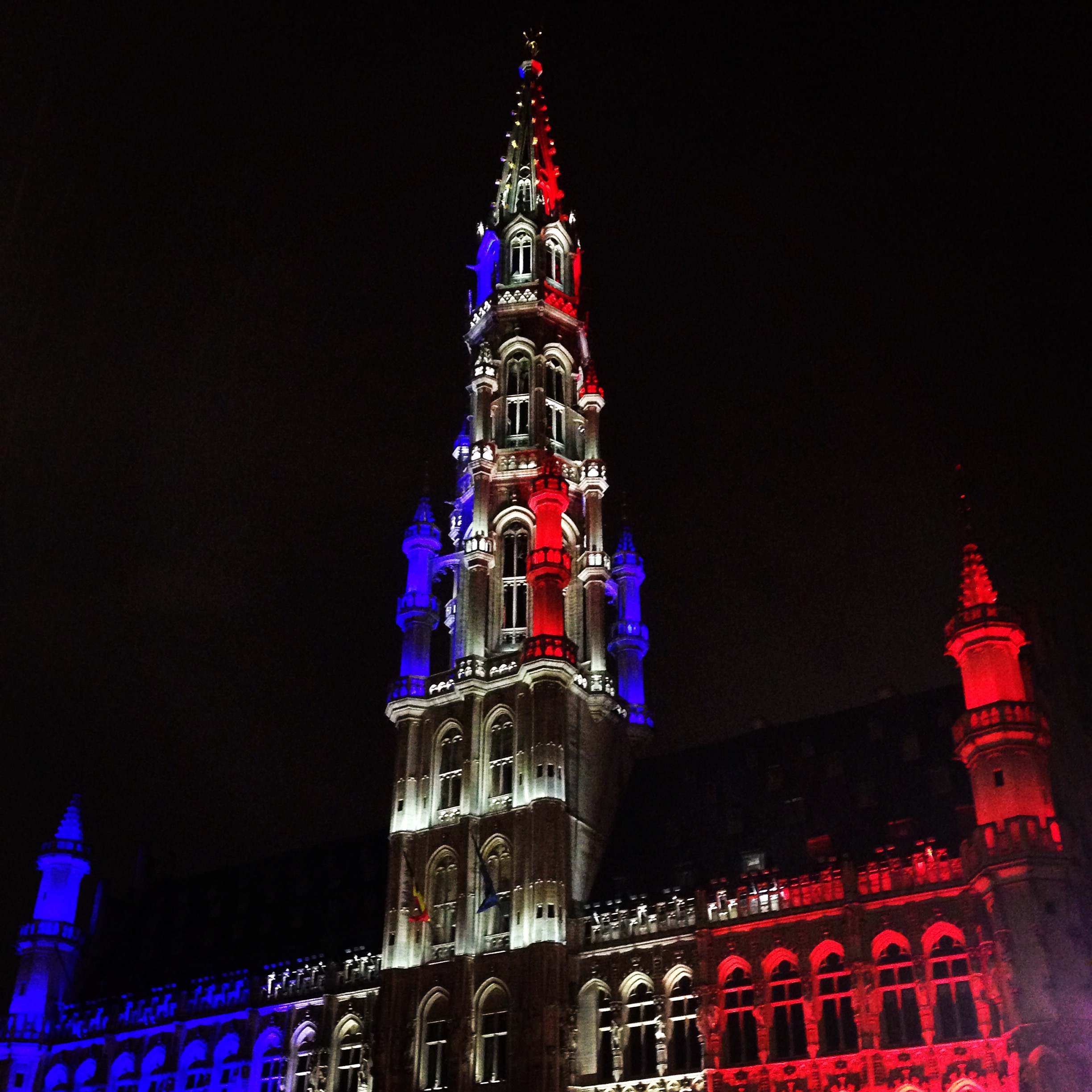