Brugge or Bruges is a historic city located about an hour train ride away from Brussels in the West Flanders province of Belgium. It is a very charming, touristy city that one can easily see in a day coming from Brussels. 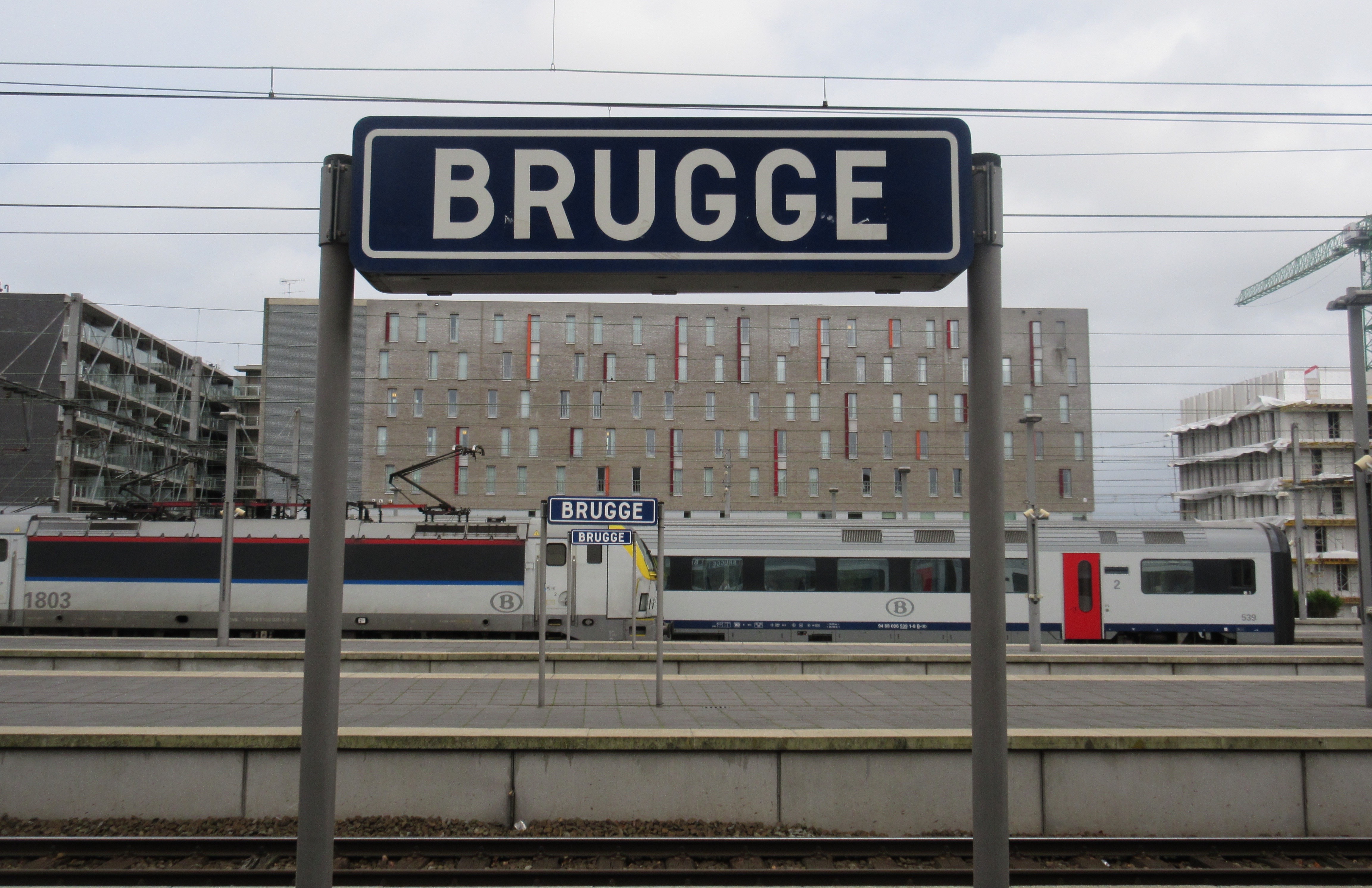 It takes about 1 hour by train to get to Bruges from Brussels, and the trains run very frequently, even on the weekends. We left the Brussels Nord (North) station, and once we arrived, we began walking toward the city center.

A map of the city would have been useful, but anyone with a semi-functioning internal compass and a dash of common sense could figure out how to navigate Bruges. 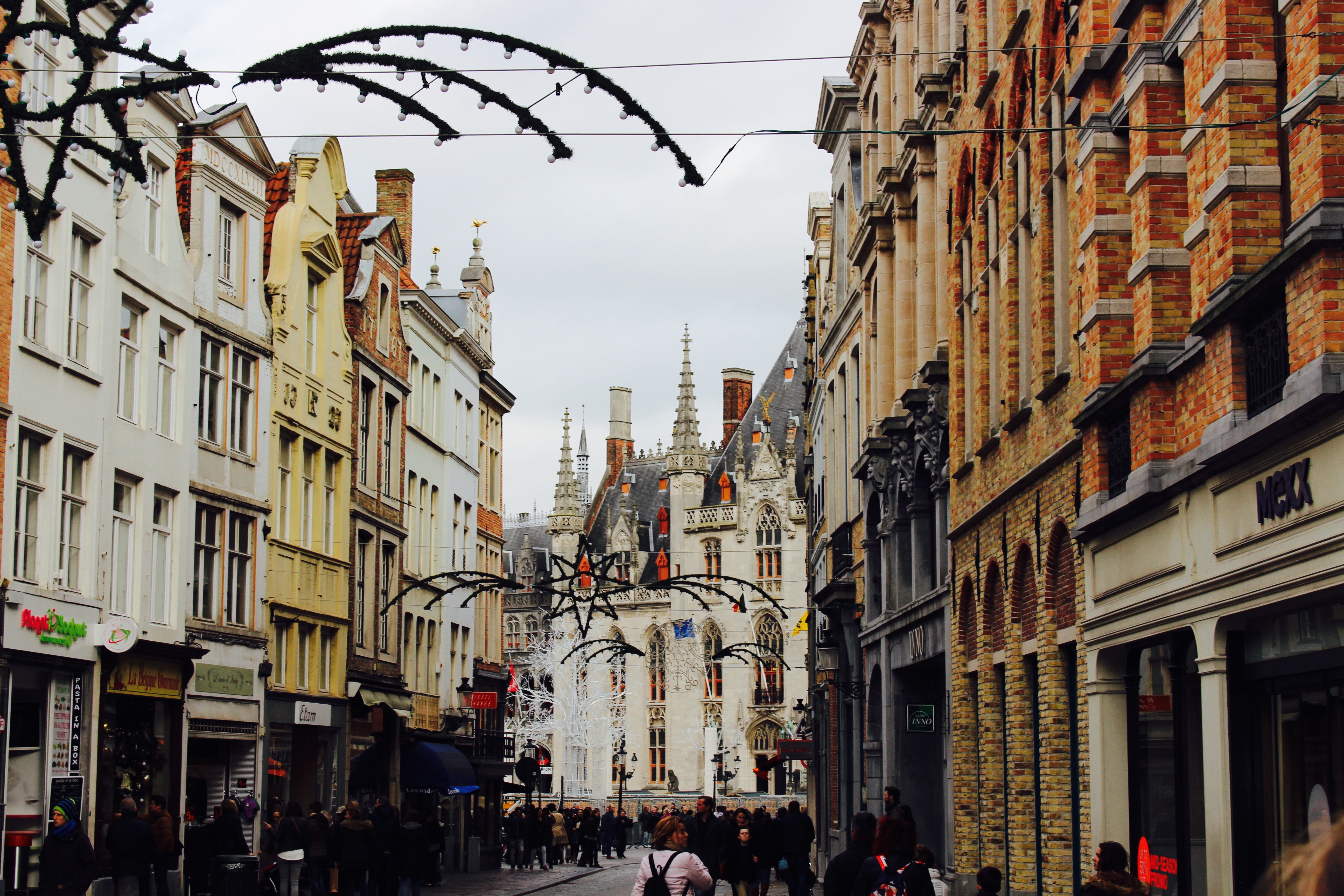 The city center is bustling with touristy restaurants and shops. They were just starting to set up some holiday decor, adding to the charm of the city. One thing I noticed about Belgium is that ATMs are far less prevalent throughout the city, so be prepared. Take out extra cash so you don’t have to spend time hunting for one when you should be sightseeing! 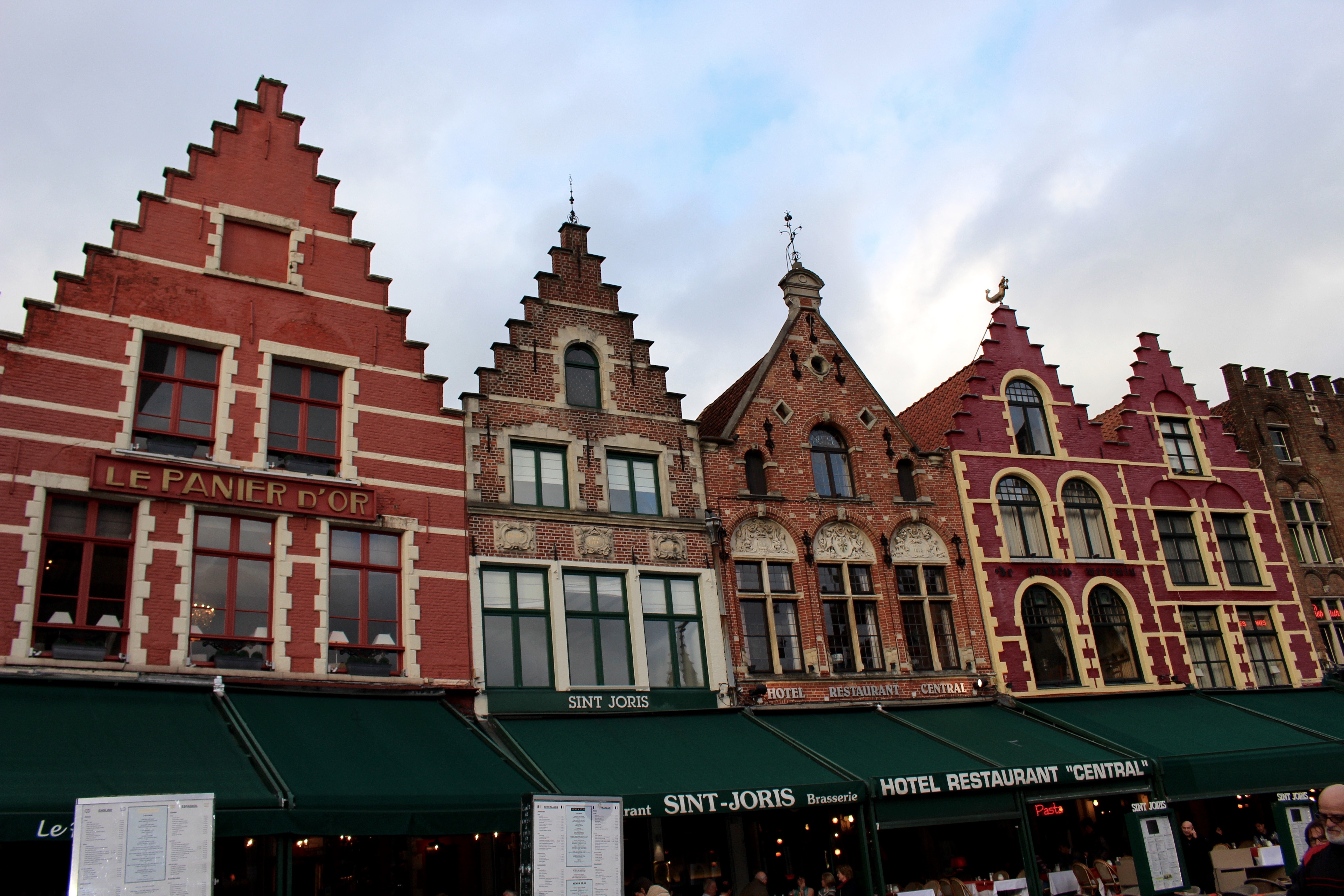 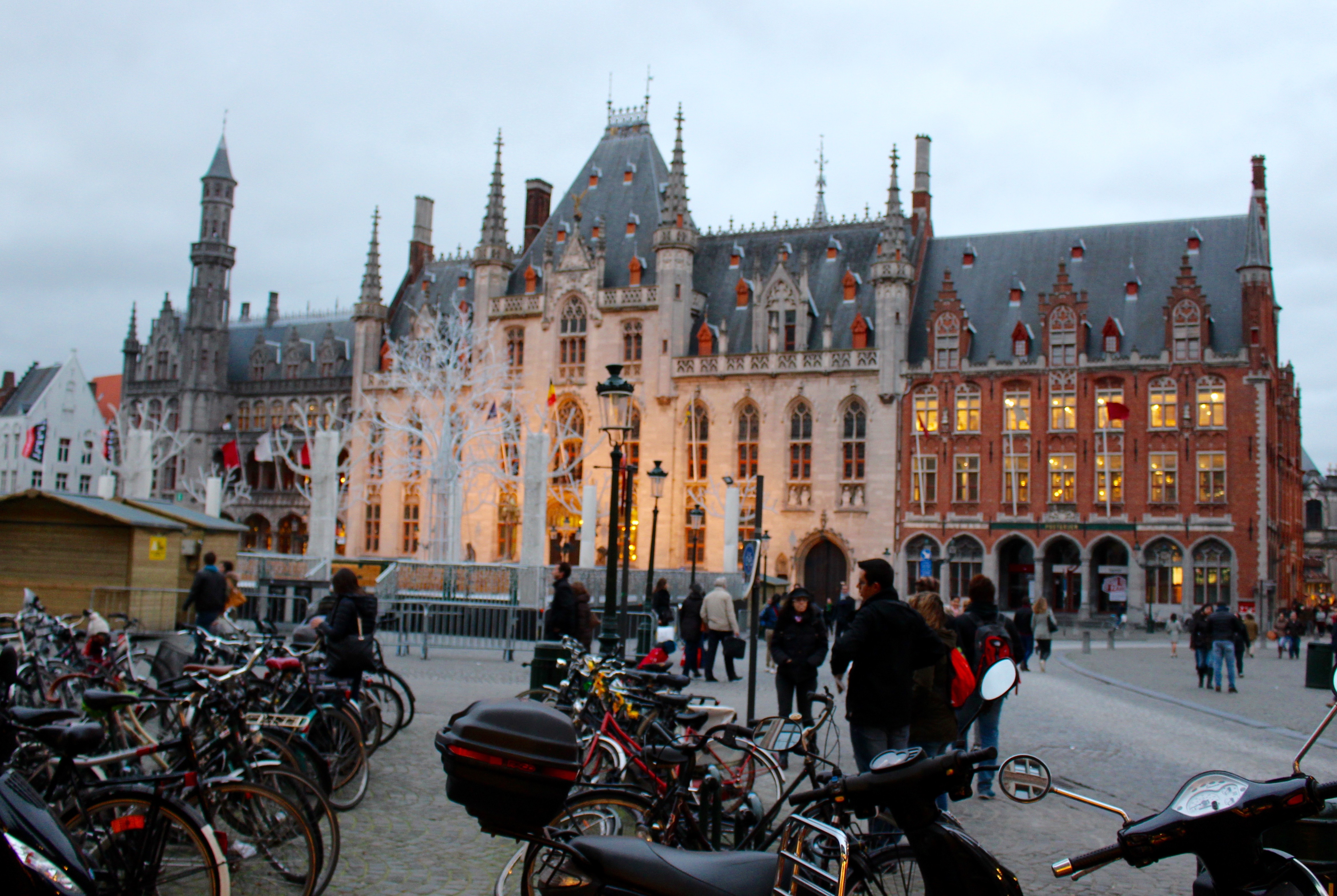 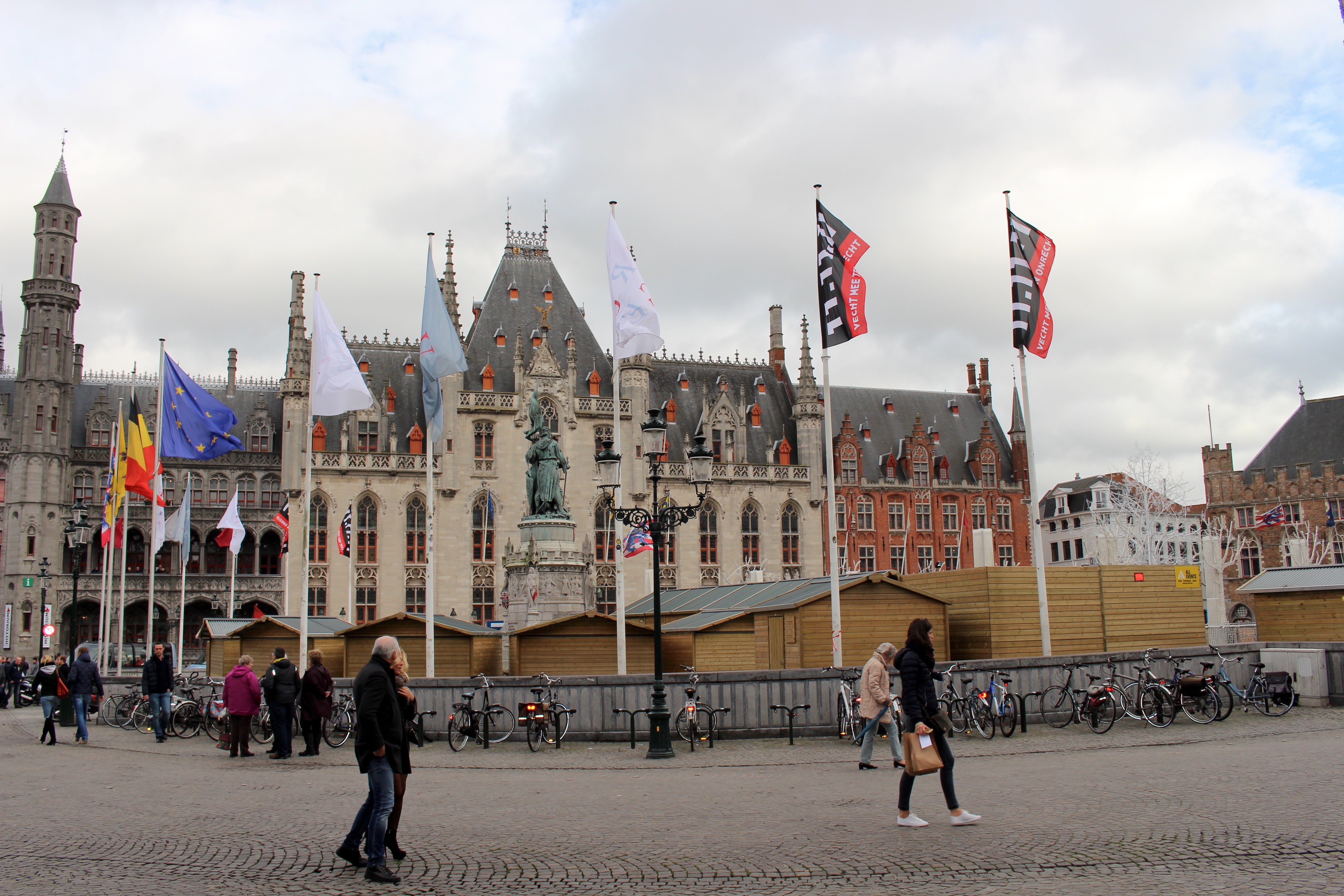 Much like Amsterdam, Bruges is a city shaped by canals. As it used to be a huge center of international trade and commerce, the channels served as ports that enriched the economy of the city dating back to the 12th century.

There are tours of the city by boat through the canals, and the water is gorgeous to walk along, adding an enchanting sentiment to the city. 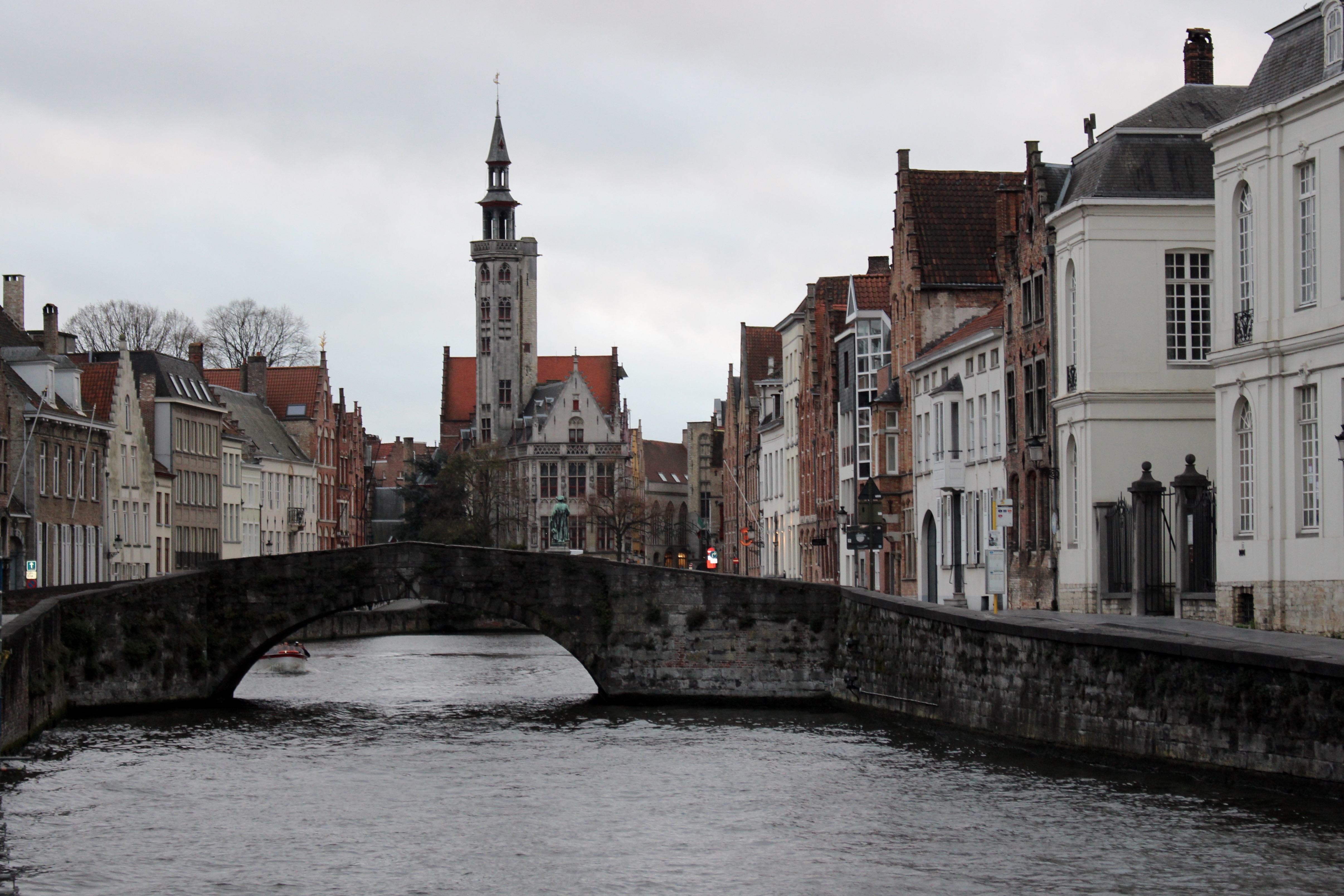 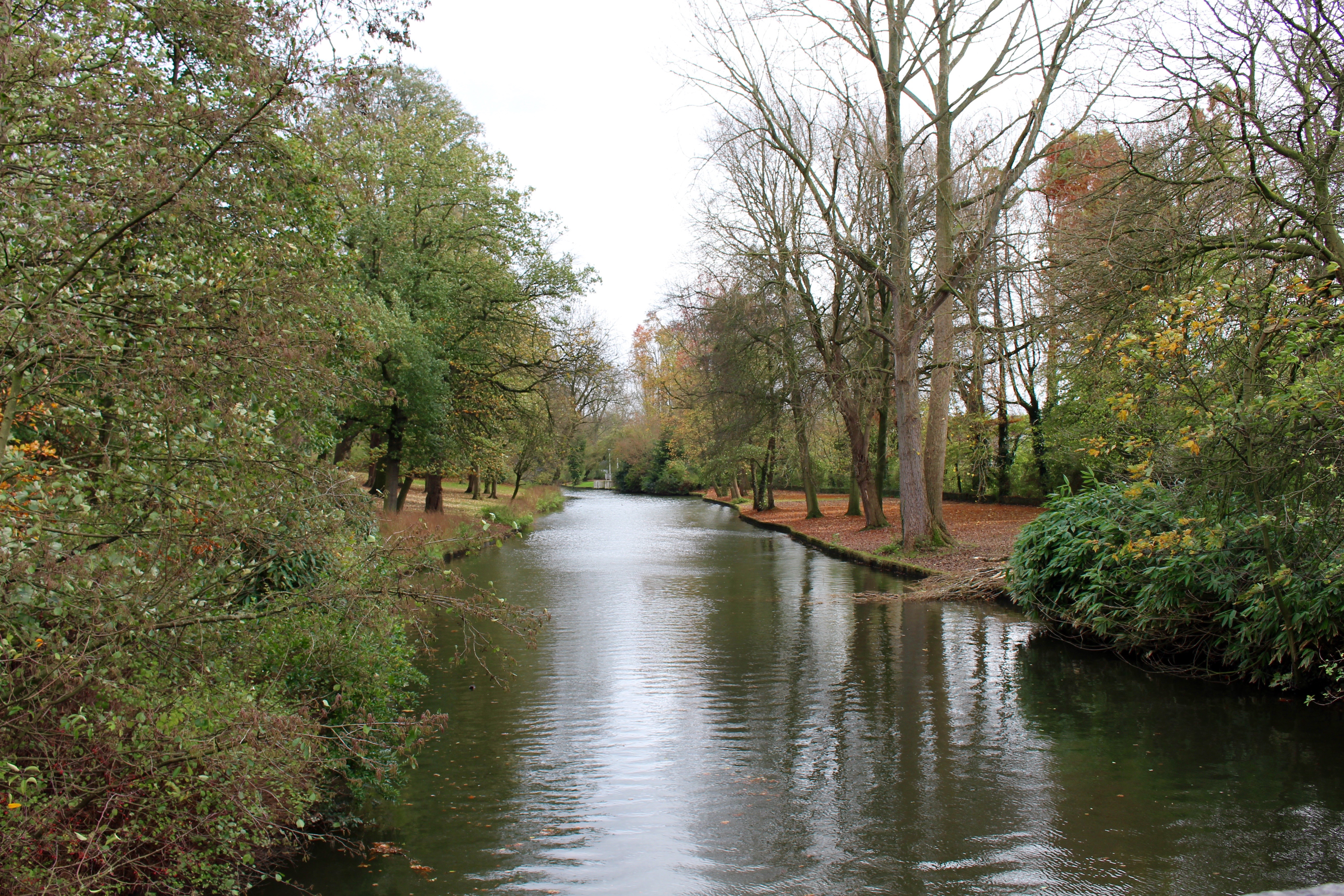 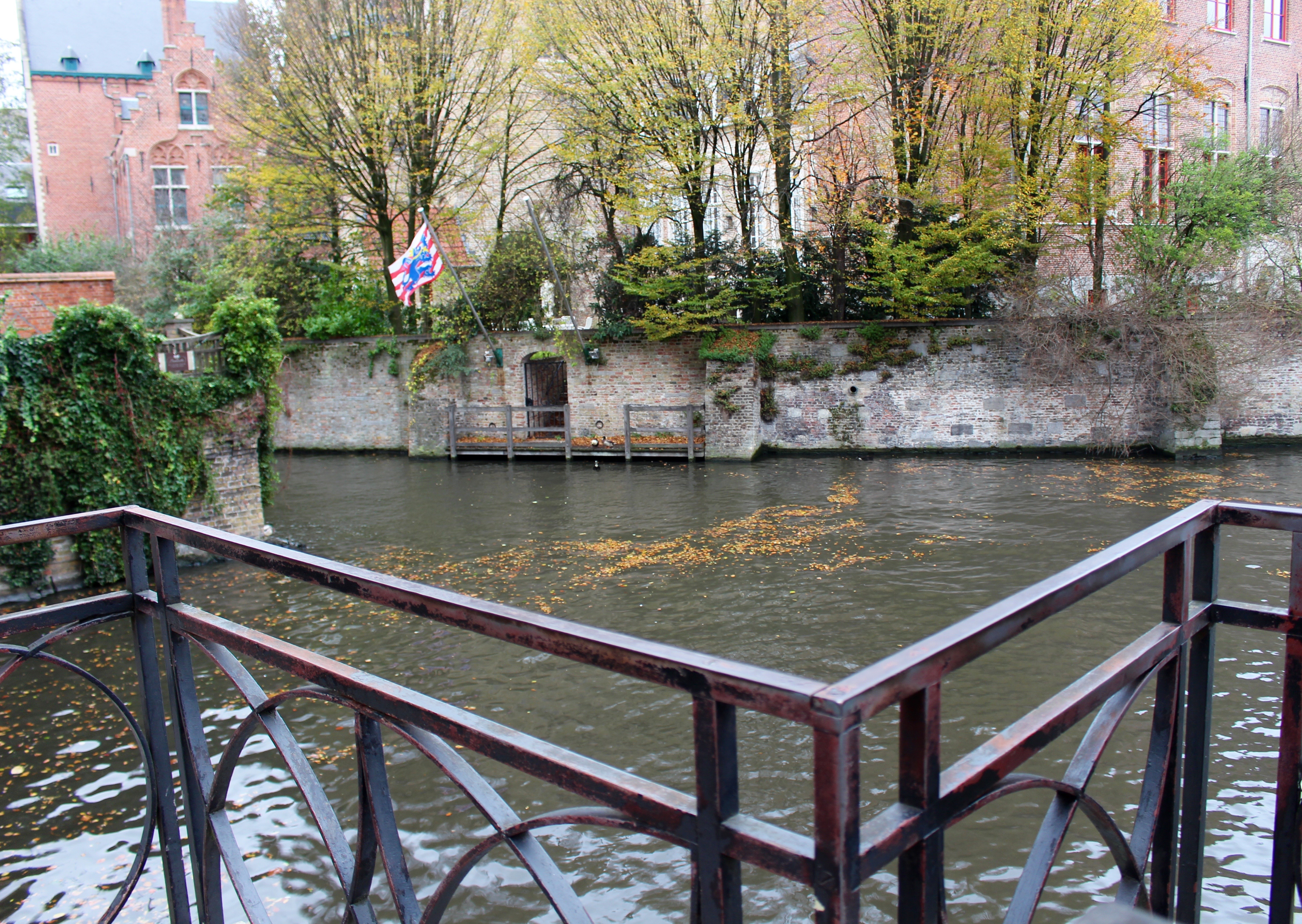 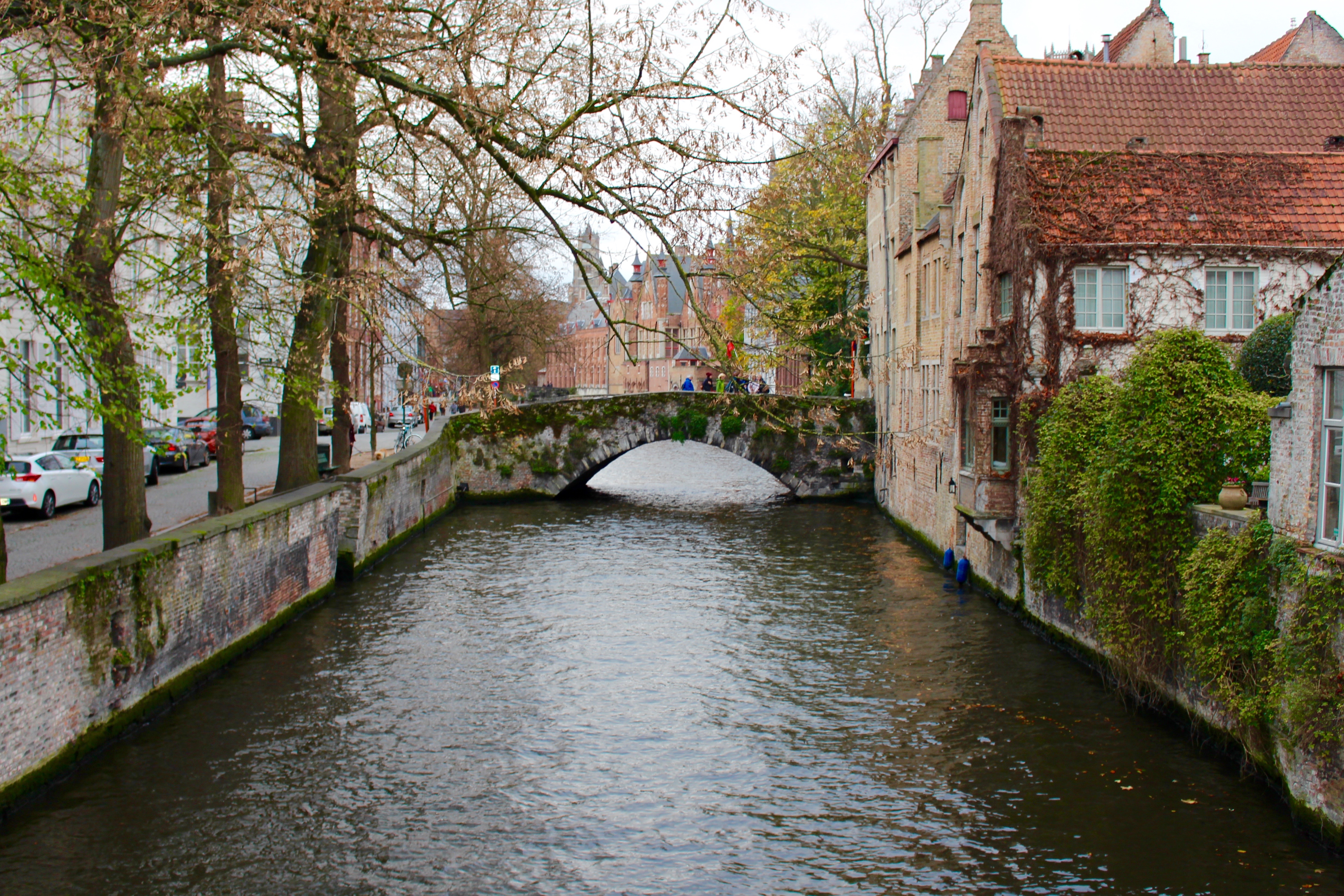 The oldest pub in Bruges, Herberg Vlissinghe, is a quaint spot to grab a drink. It is over 500 years old and is located a short walk off of the main city center. Its fame is evident as it was crowded, but we still managed to nestle up to the bar and enjoy a Belgian brew. 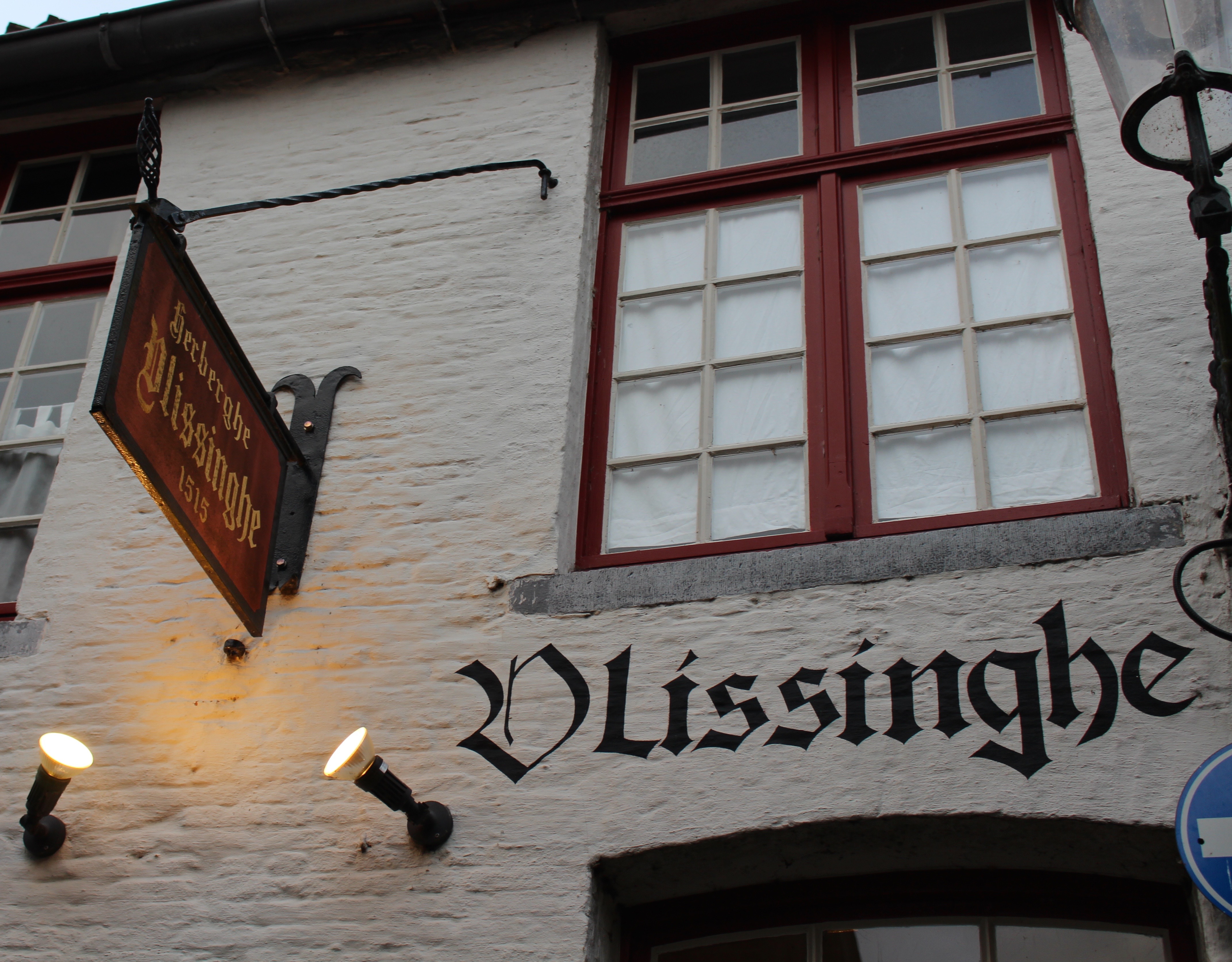 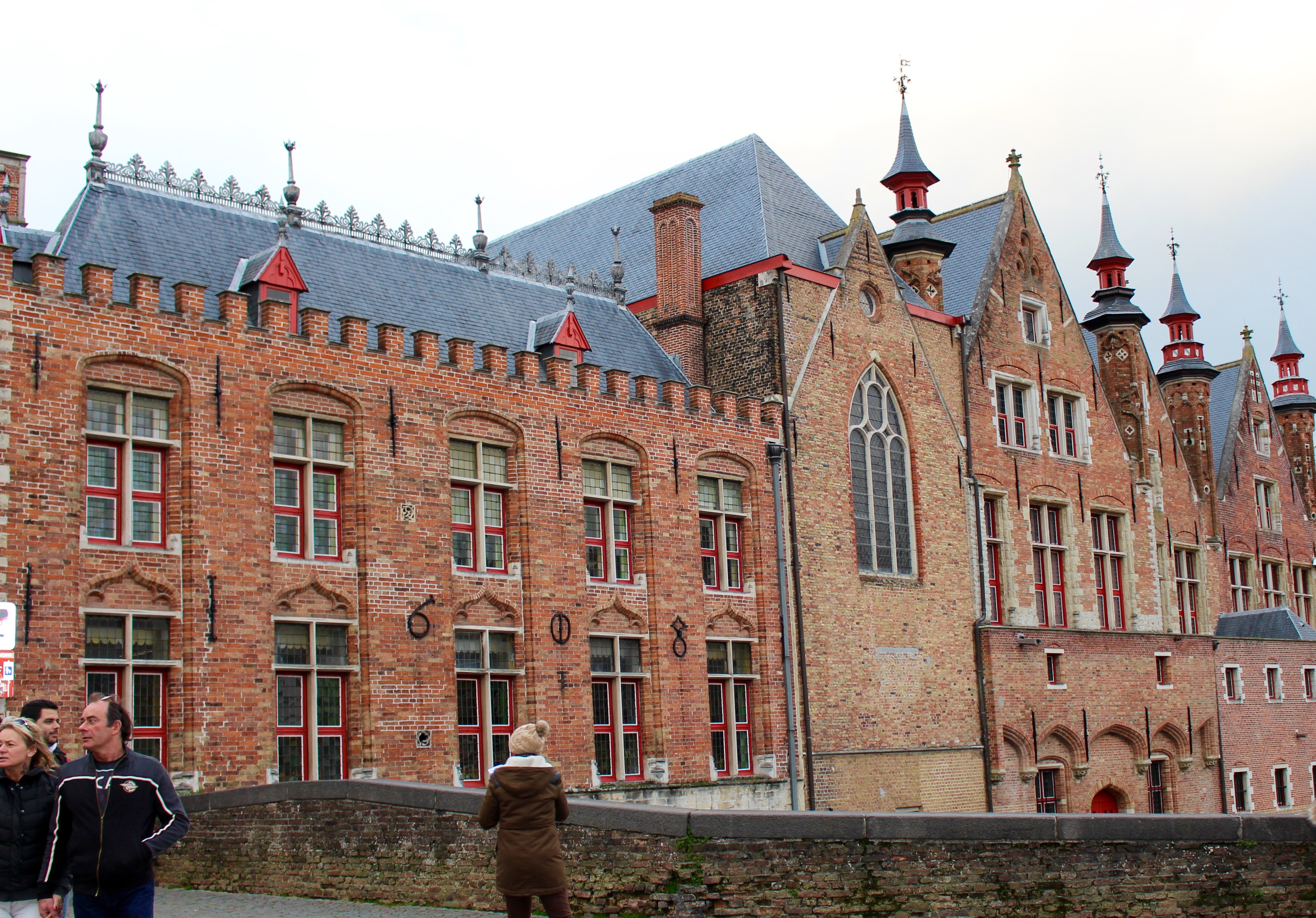 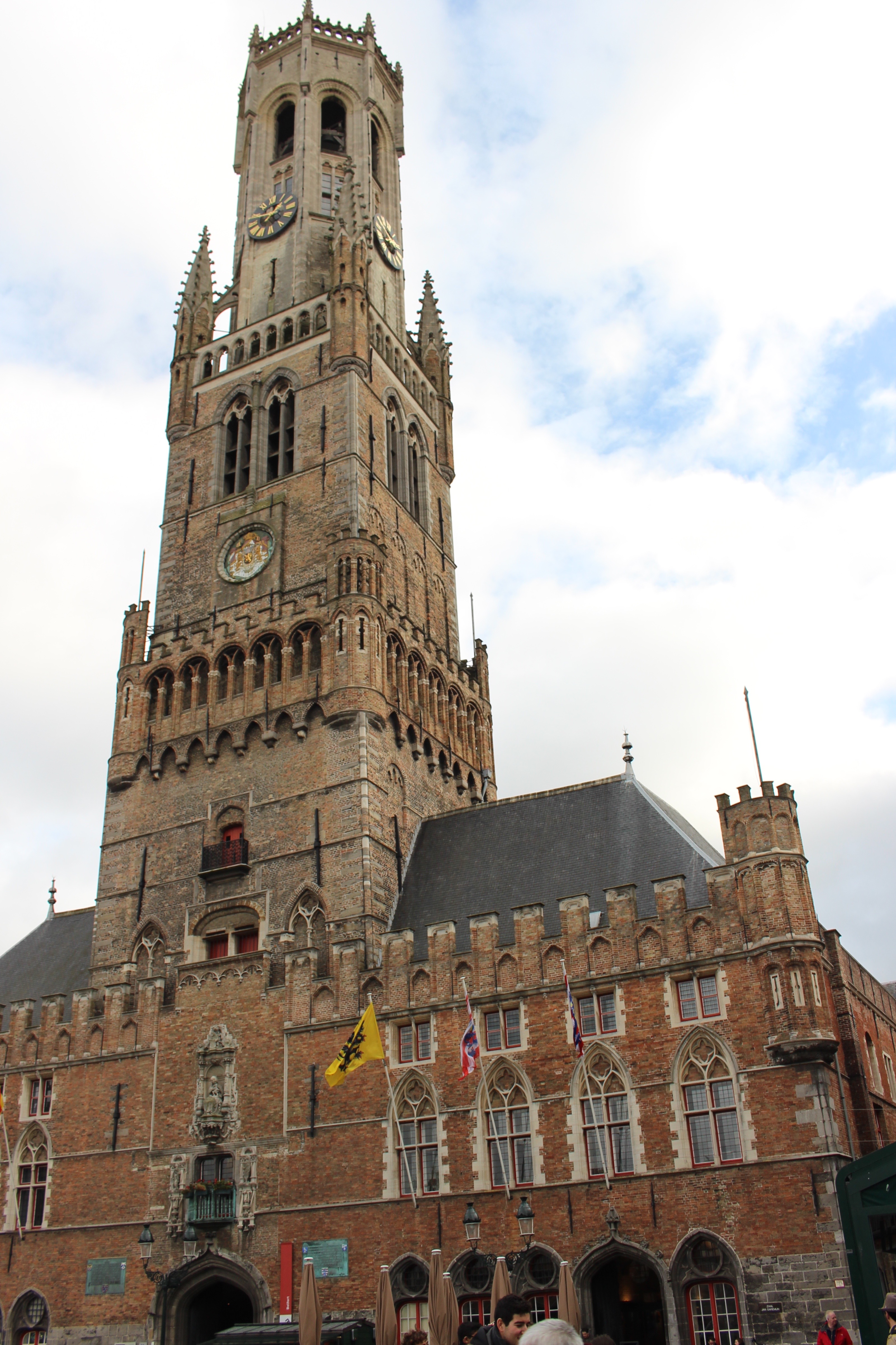