There is something magical about the south of Spain. Often overlooked by travelers in favor of Madrid or Barcelona, the south of Spain holds a host of wonders in terms of history, architecture, food, art and lifestyle that is not to be missed if you want to have a genuine Spanish experience.

The largest city and capital of the autonomous community of Andalusia, Seville sits in the southwest corner of Spain, just over 500km from Madrid.

There are multiple flights daily between Madrid, Barcelona and other major cities to the Seville airport, running from 50-100 euro round trip on average. A ticket on a high-speed Renfe train runs 30-50 euro one-way. My two friends and I went by train to spend three days in the beautiful Andalusian city.

From the airport to the city center is about a 30 minute bus ride, which drops off at several points in the city. To get to the airport when we left Seville, we caught it at the train station out front, and I believe it was about 4 euros for the ride. 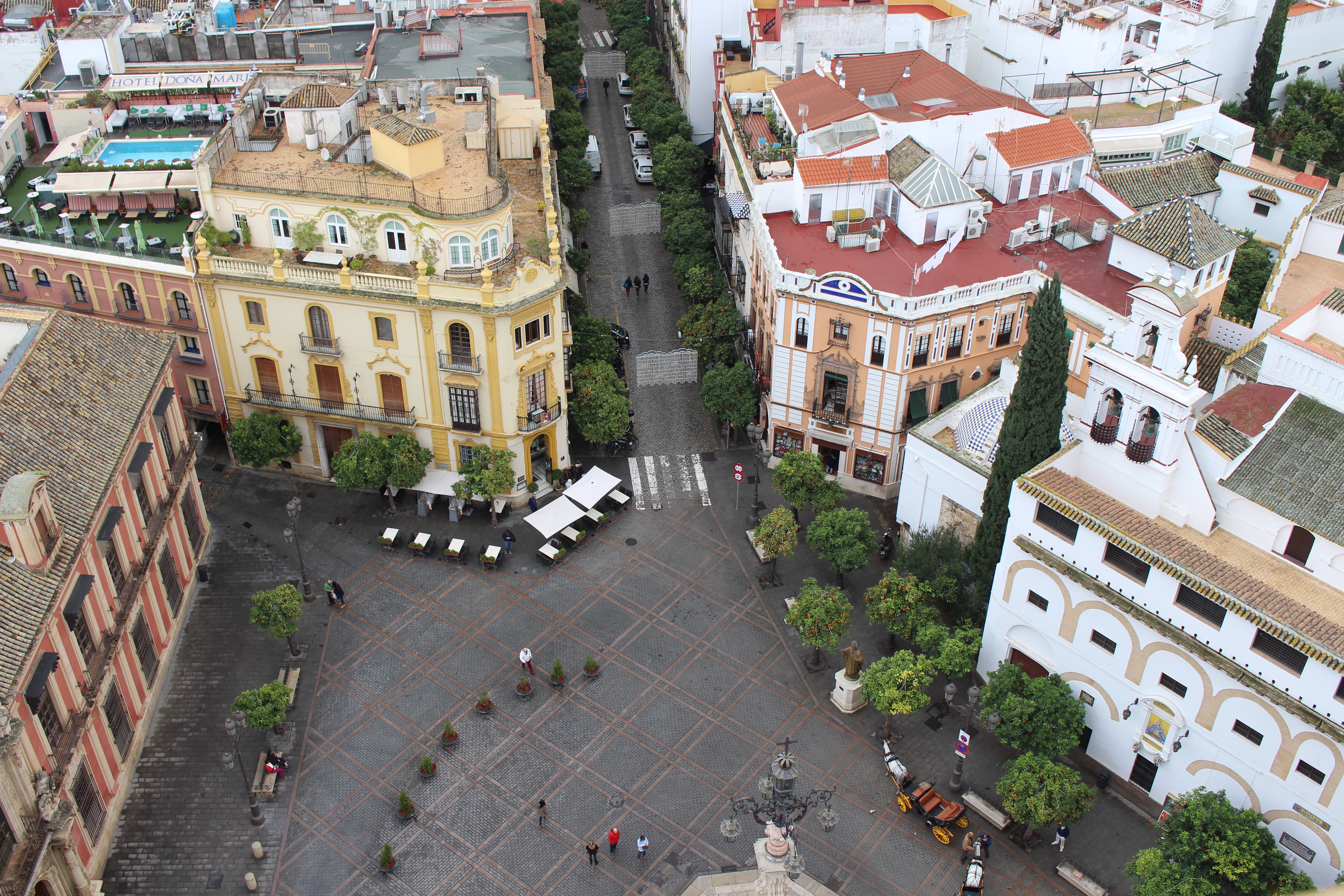 The Alcazar in Seville is a beautiful palace, originally constructed by Moorish kings in the 10th century, originally as a fort. Over the centuries, different reigning monarchs have made additions to the palace, giving it architectural and artistic complexity. 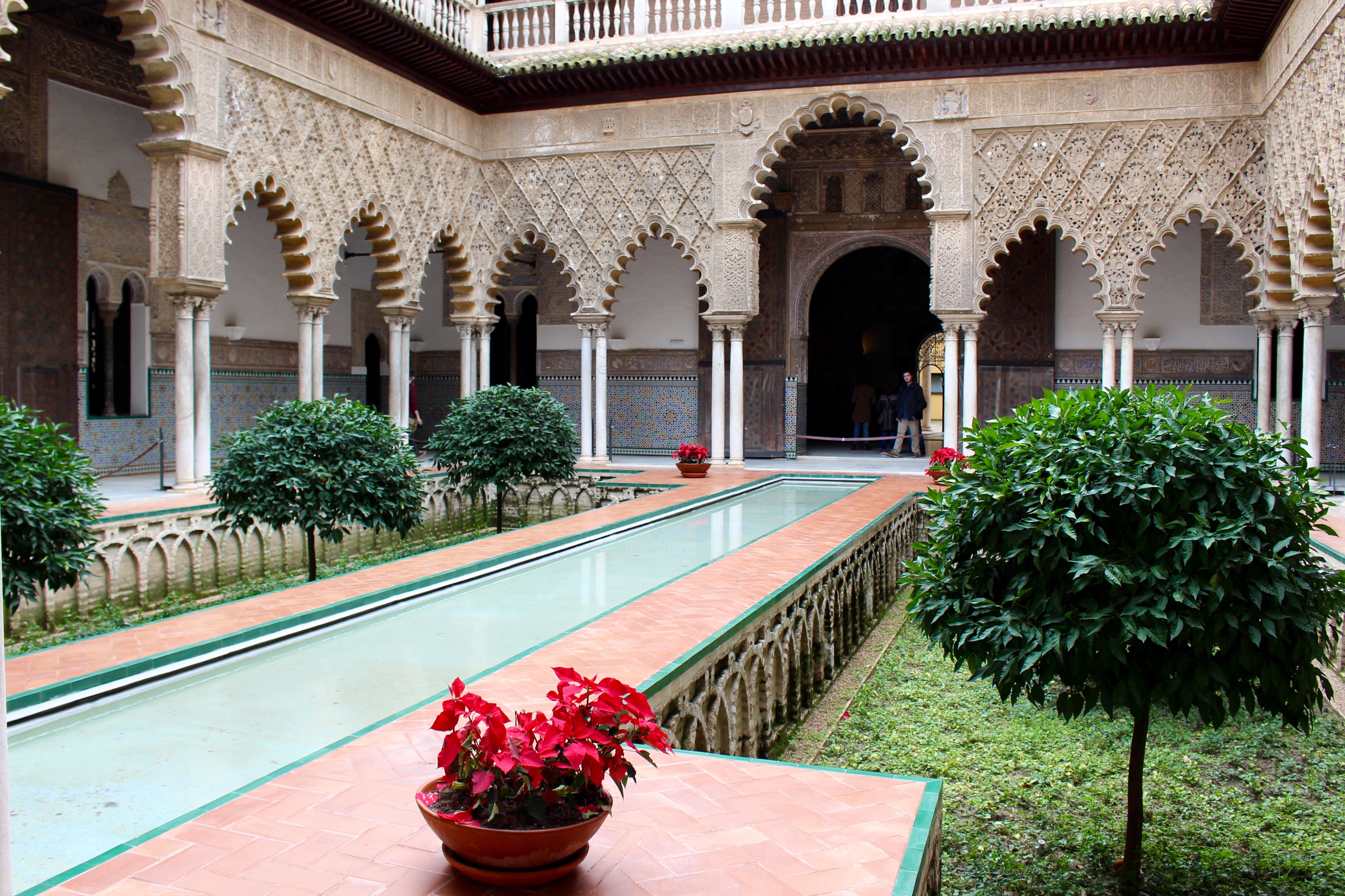 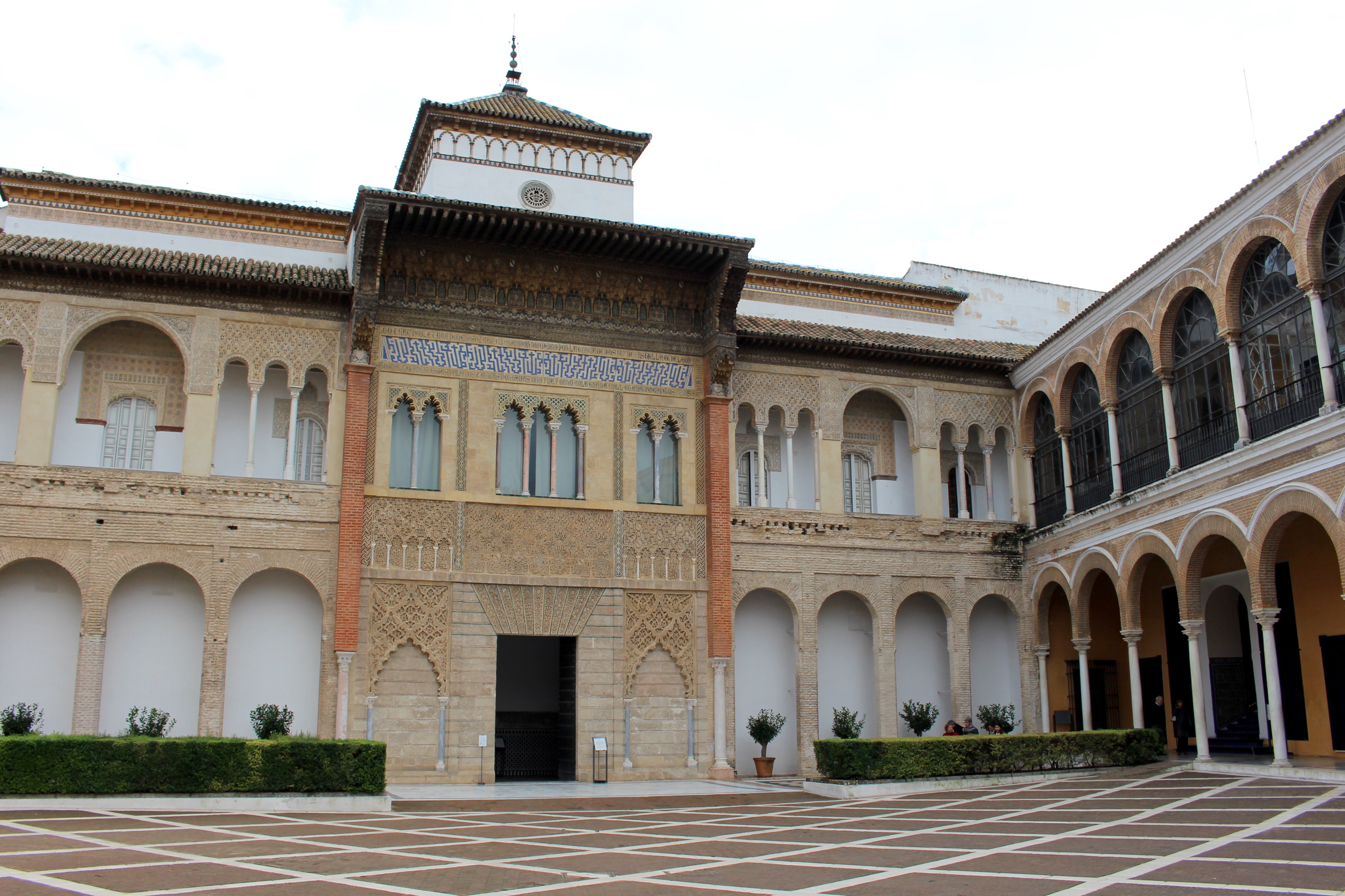 The expanse of gardens are extremely beautiful, speckled with orange trees and fountains. We even saw a peacock roaming about the grounds! 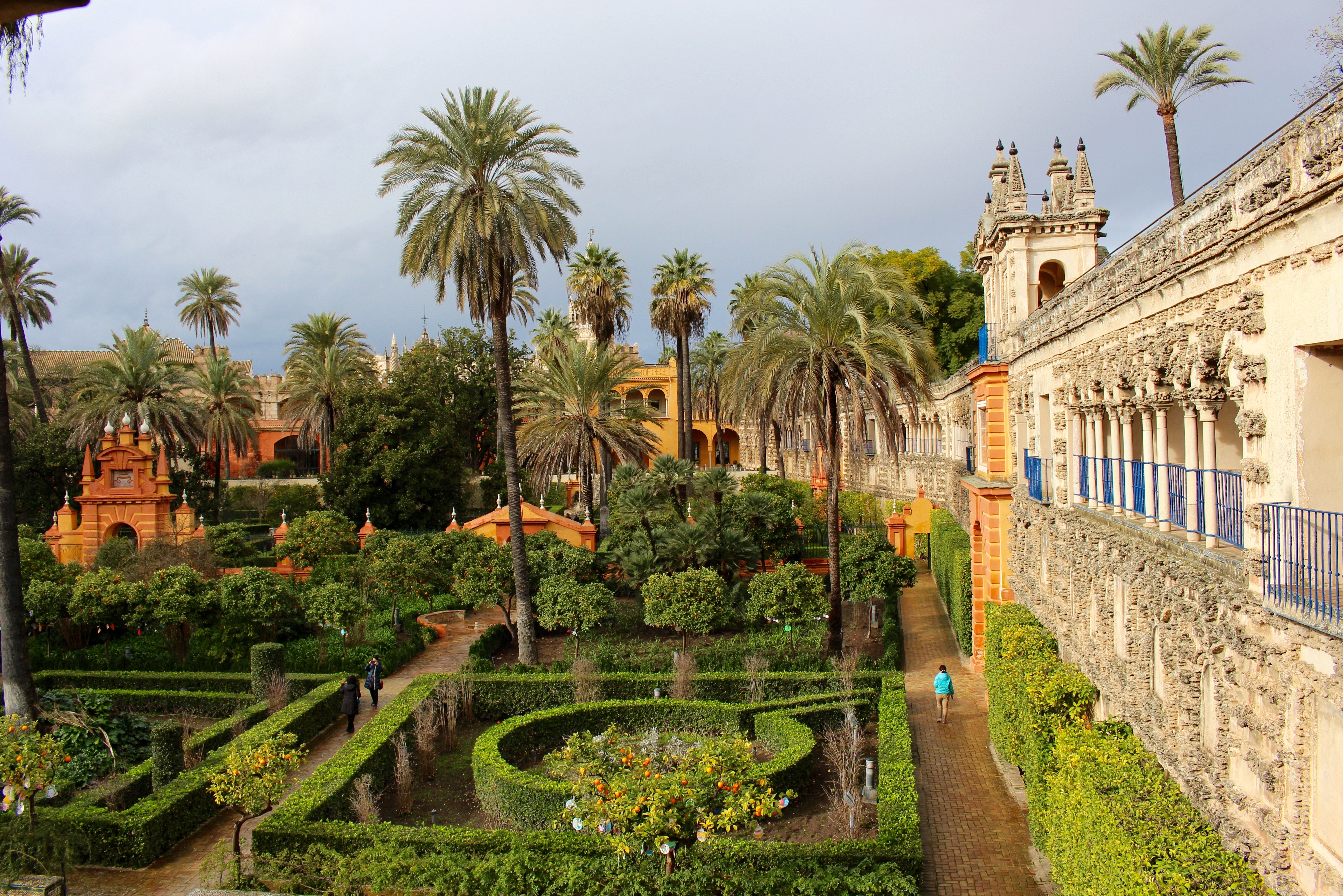 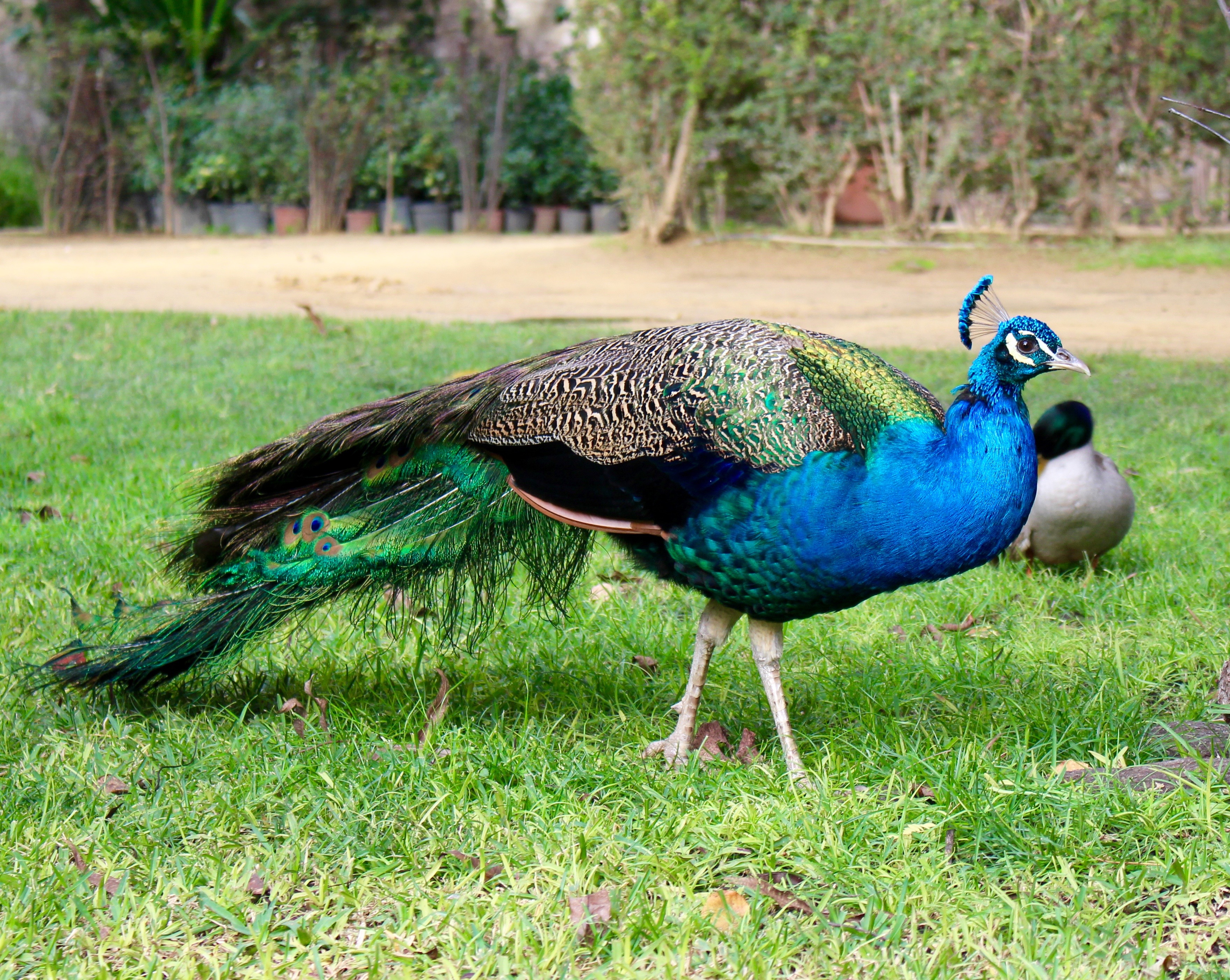 Good to Know: Tickets can be booked in advance and this helps to avoid long lines, and there is a student discount with valid ID. If tickets are booked in advance under selected “student” option, one MUST bring their ID with once they arrive at the Alcazar for the tour. In the Rick Steve’s Guidebook, he has information to do a self-guided tour of the Alcazar, which we read and followed along from room to room. This was a really nice way to do a tour, because we gained information at our own pace, without being shuffled around by a guide. 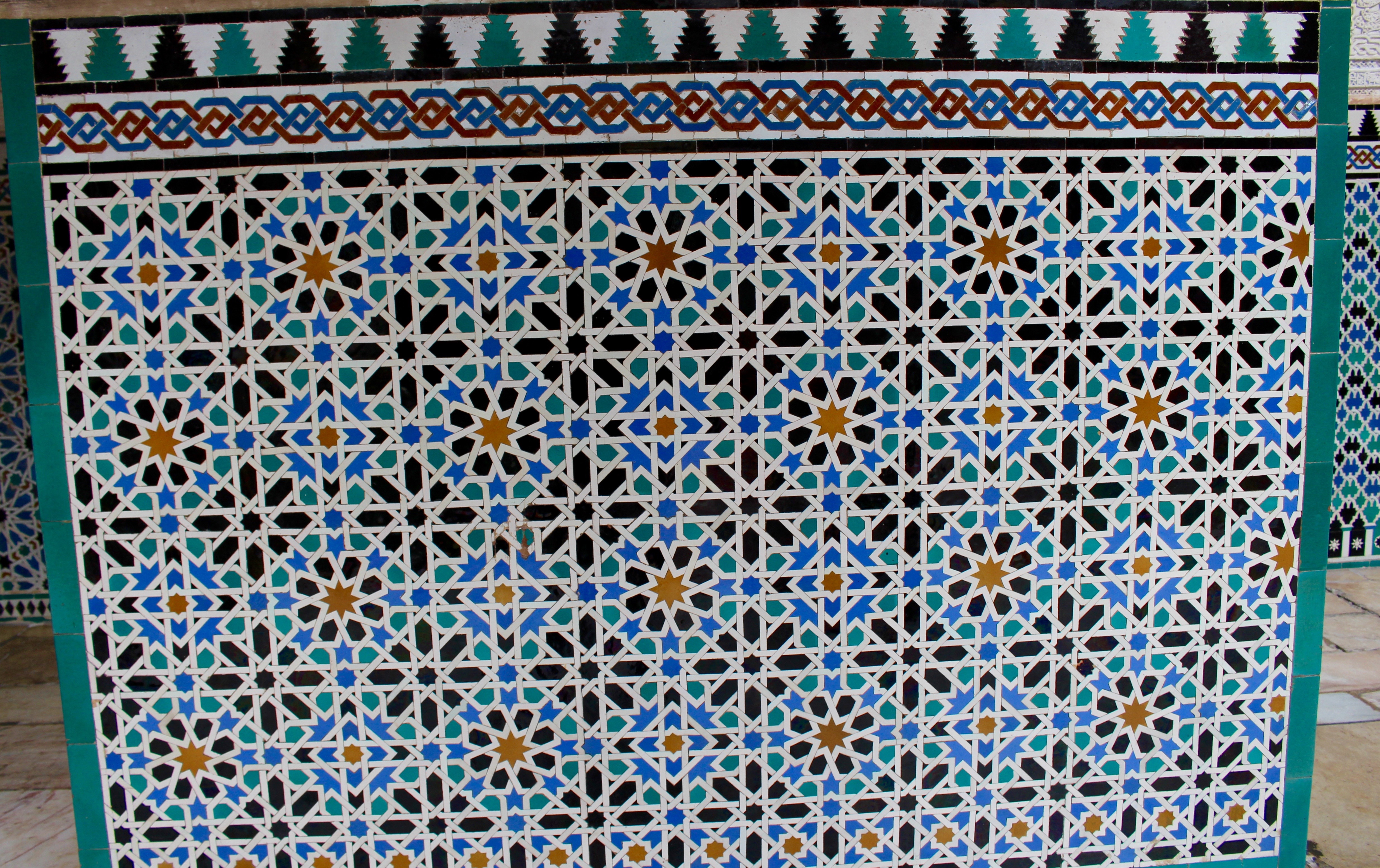 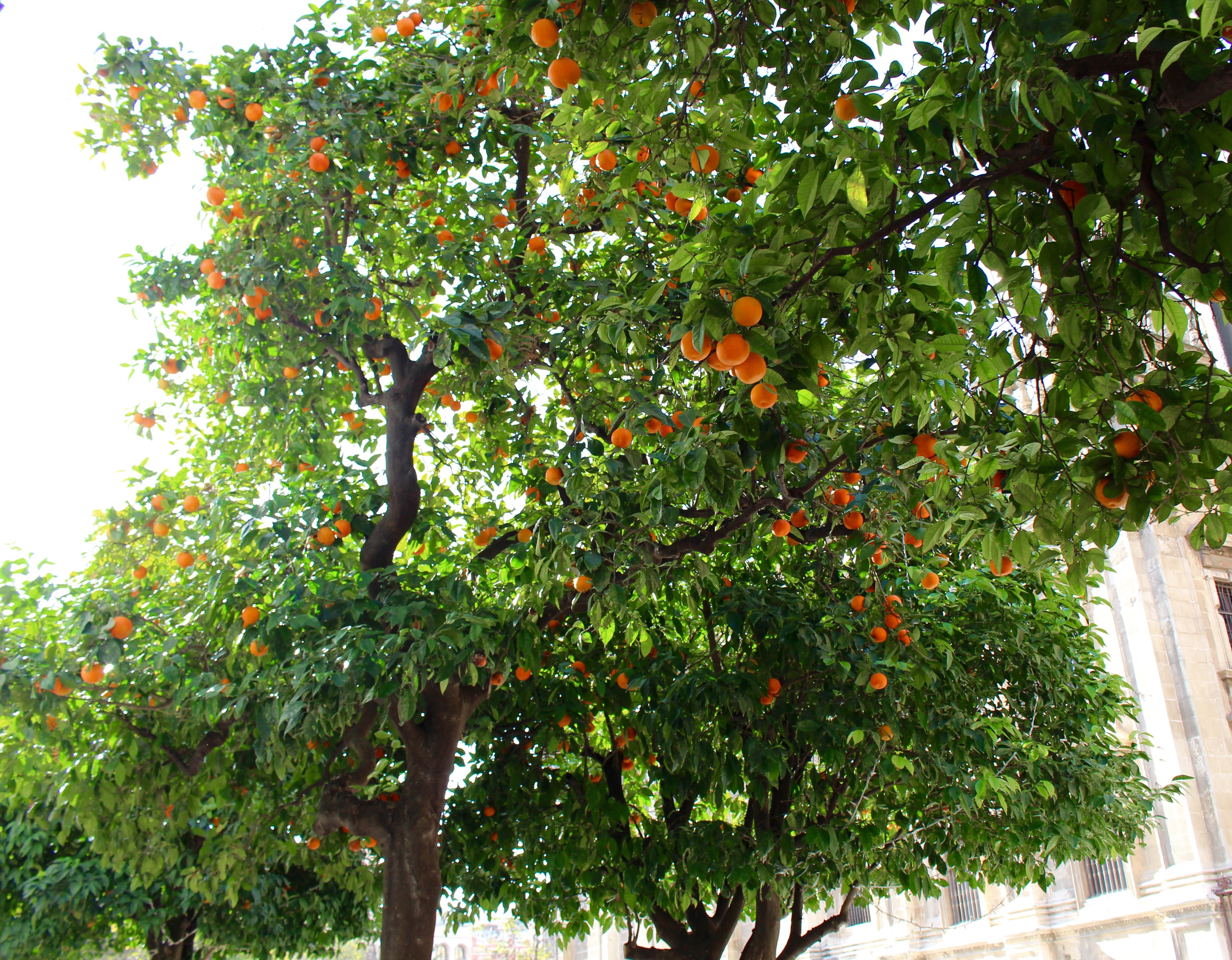 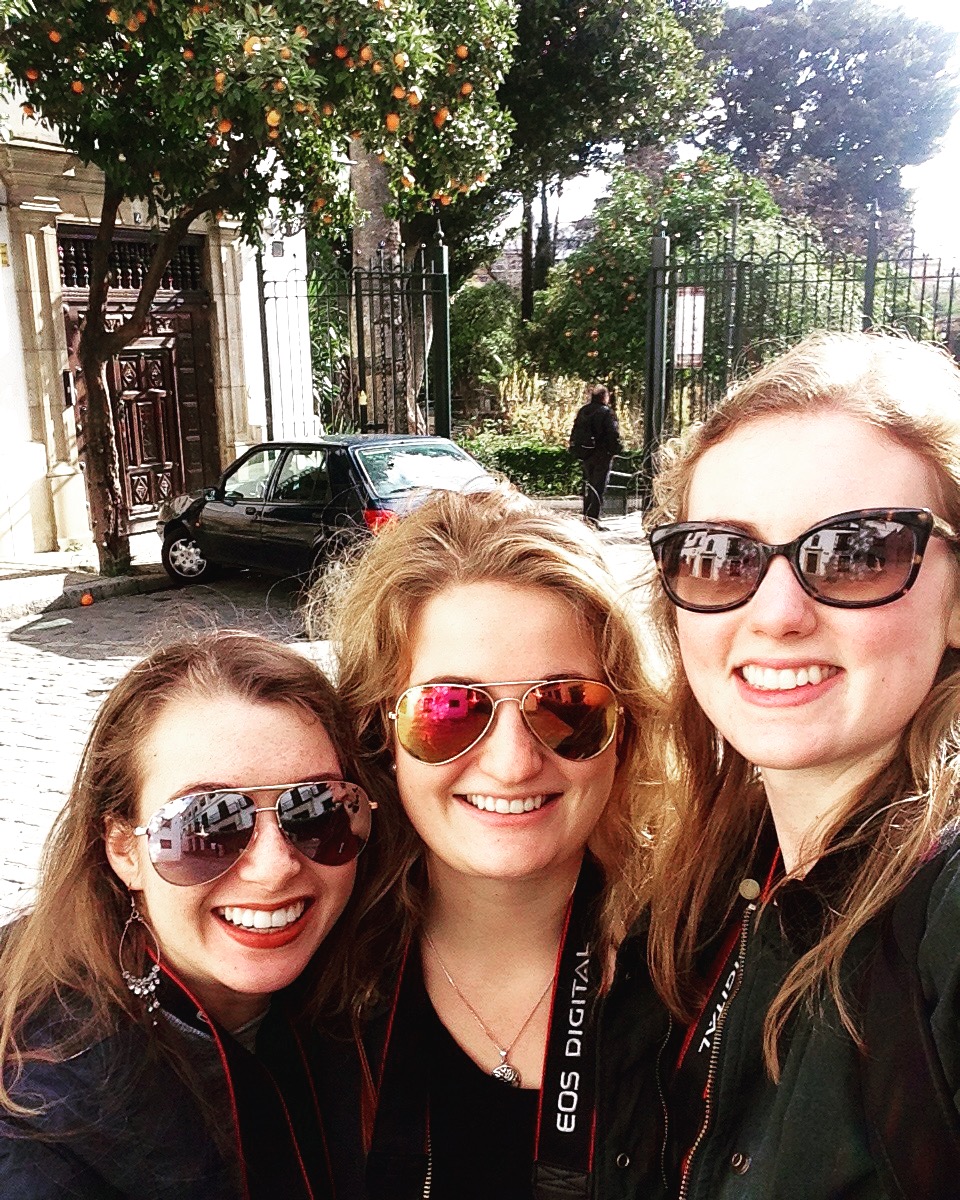 The Cathedral in Seville is located right next to the Alcazar. It is the largest Gothic cathedral and the third largest church in the world, in terms of physical size. 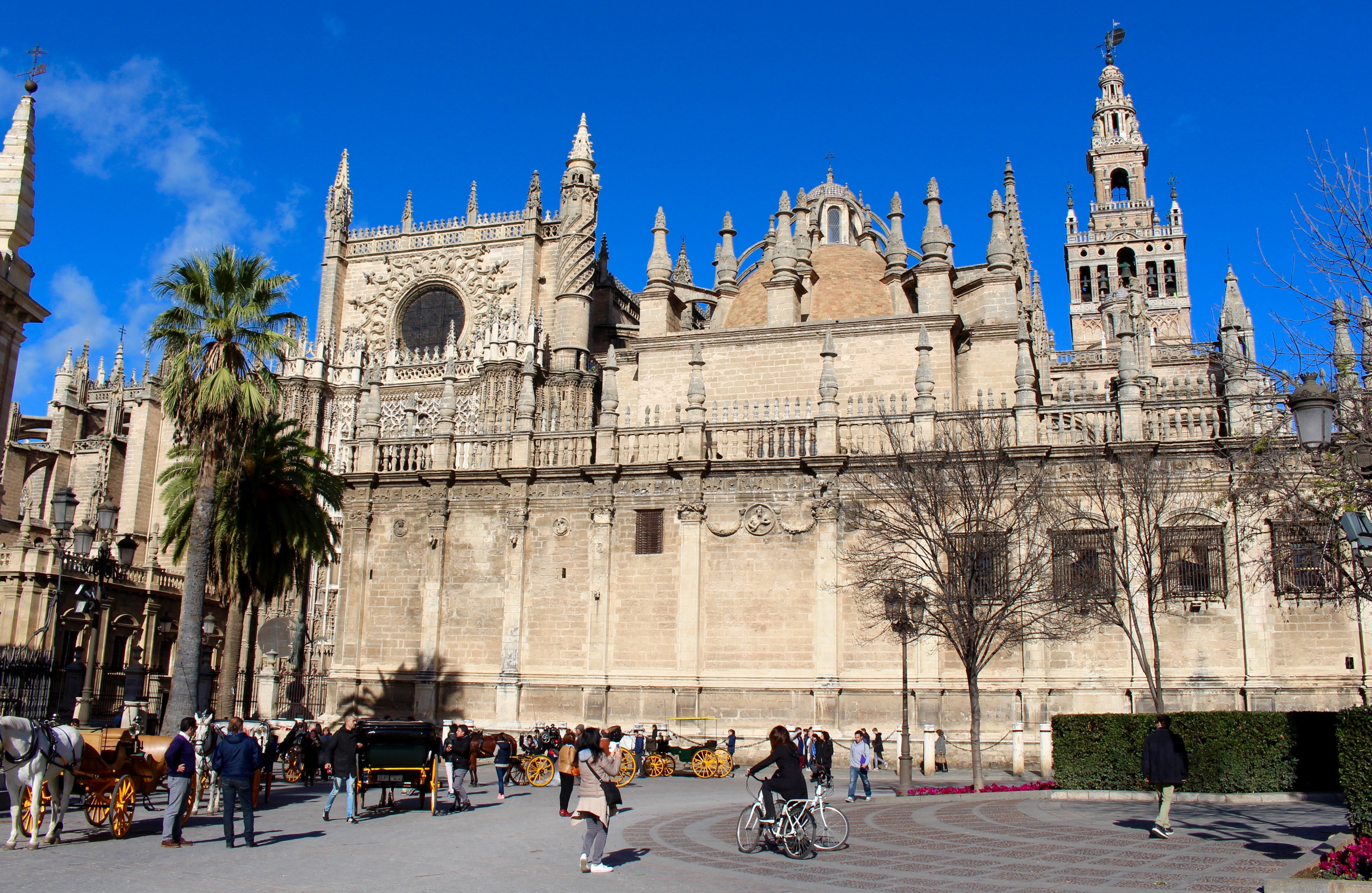 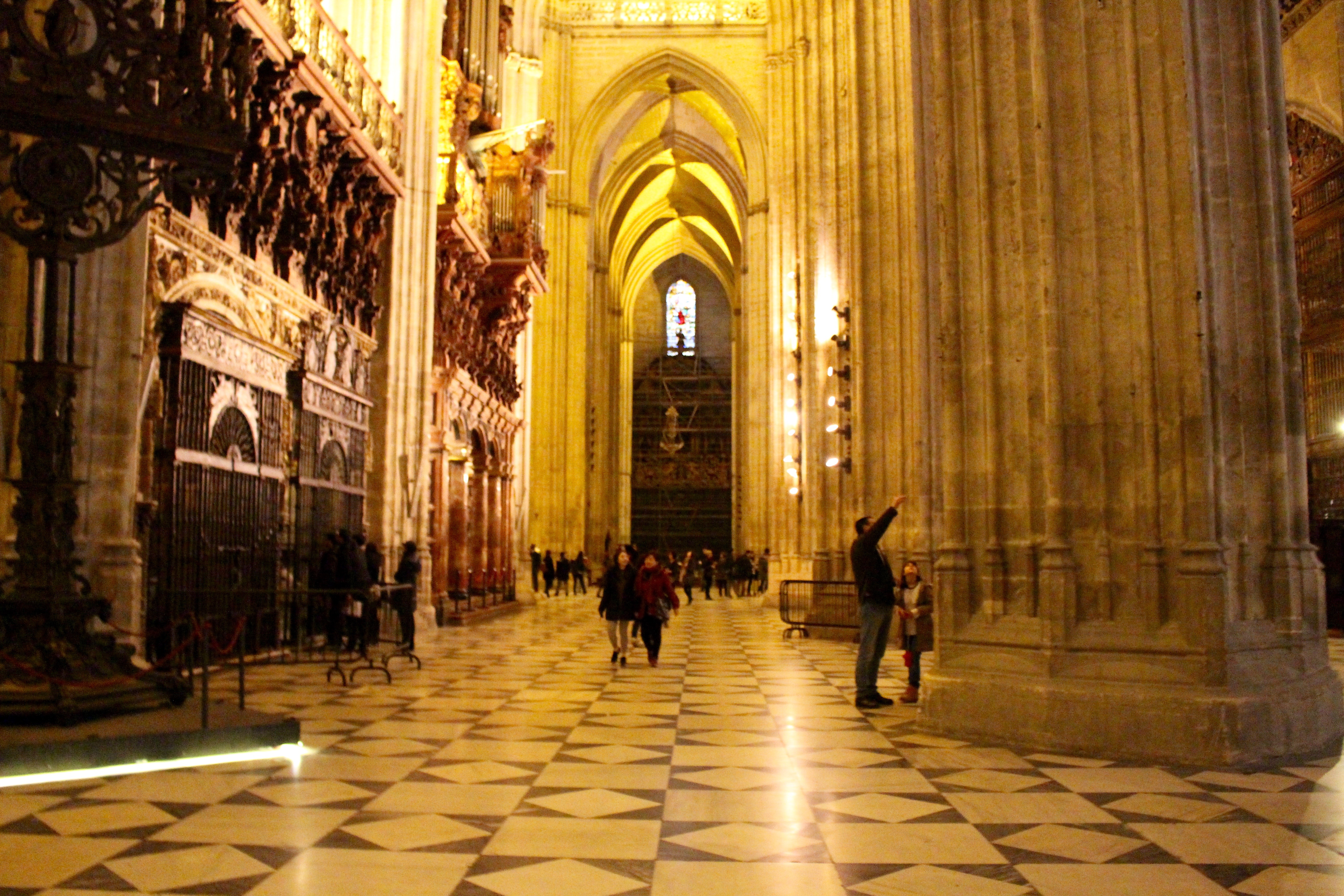 We climbed up the bell towers, a whopping 34 stories of ramps, for a lovely 360 view of Seville. One of my favorite things to do while traveling is seek out overlooking vistas of any city that I may find myself in. 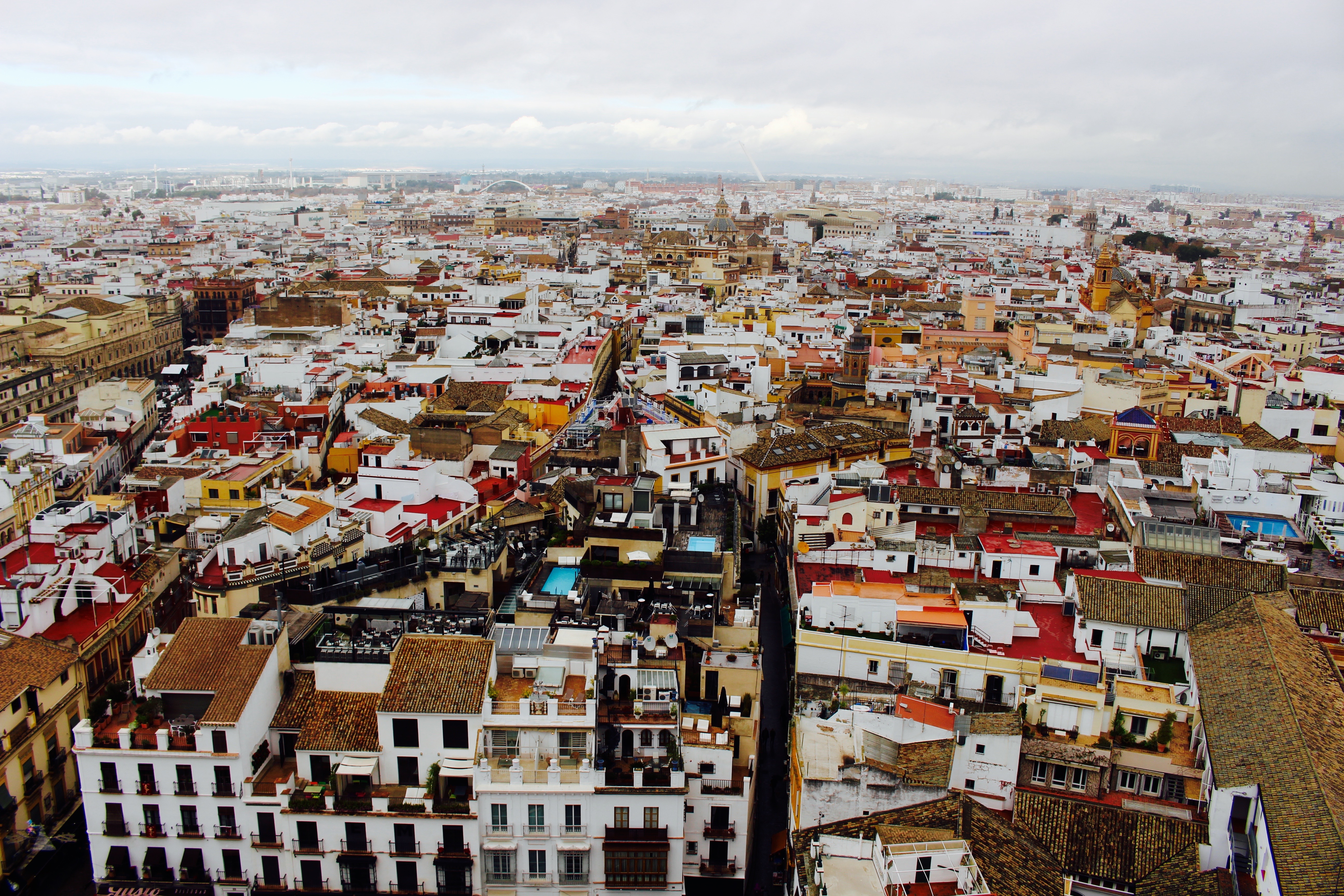 Good to Know: There is a student discount with ID, the climb up to the top of the tower is fairly easy as it isn’t stairs, but still physically intense, and the tower bells are extremely loud when at the top when they go off, so be prepared to jump and cover your ears! 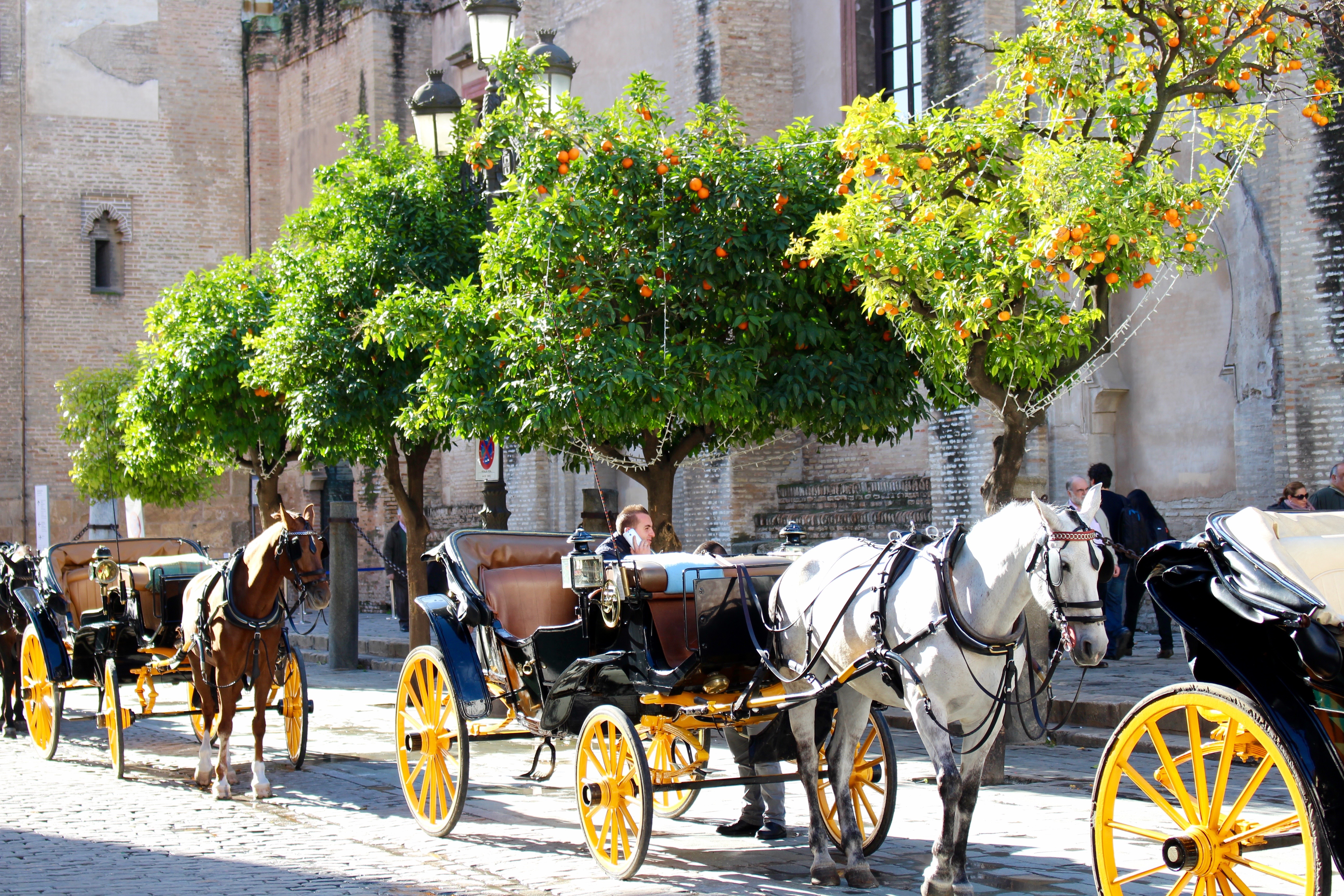 Horse-drawn carriages are very prevalent in Seville, taking people from the various sites around the city. I didn’t inquire at their cost, as we didn’t want to take one, but I would imagine that they aren’t terribly expensive due to the amount of people utilizing them.

The Plaza de España in Sevilla was constructed in 1929 in order for Spain to host the Ibero-American exposition World’s Fair, and since it has been used in various films, including some of the Star Wars movies and Lawrence of Arabia scenes. 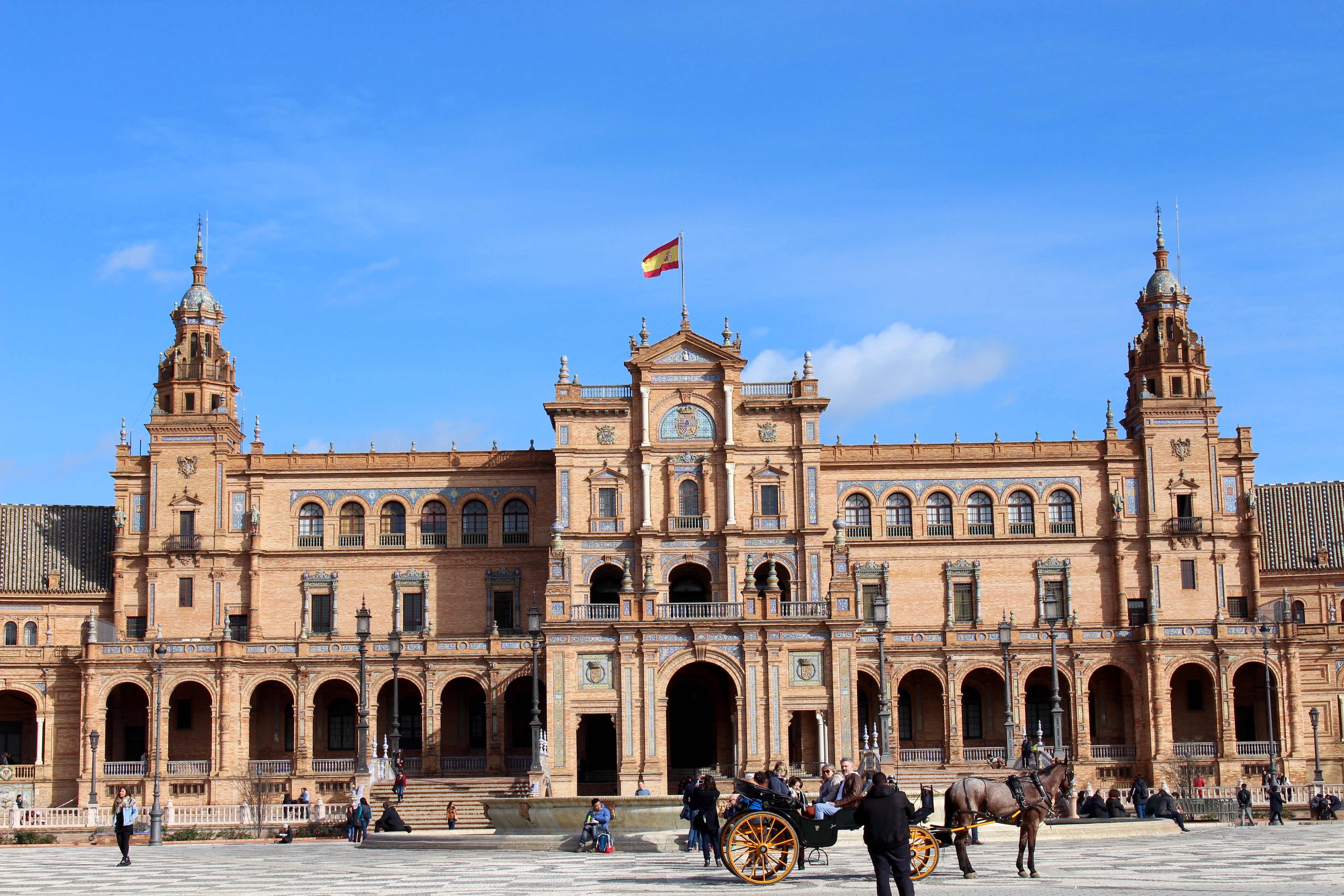 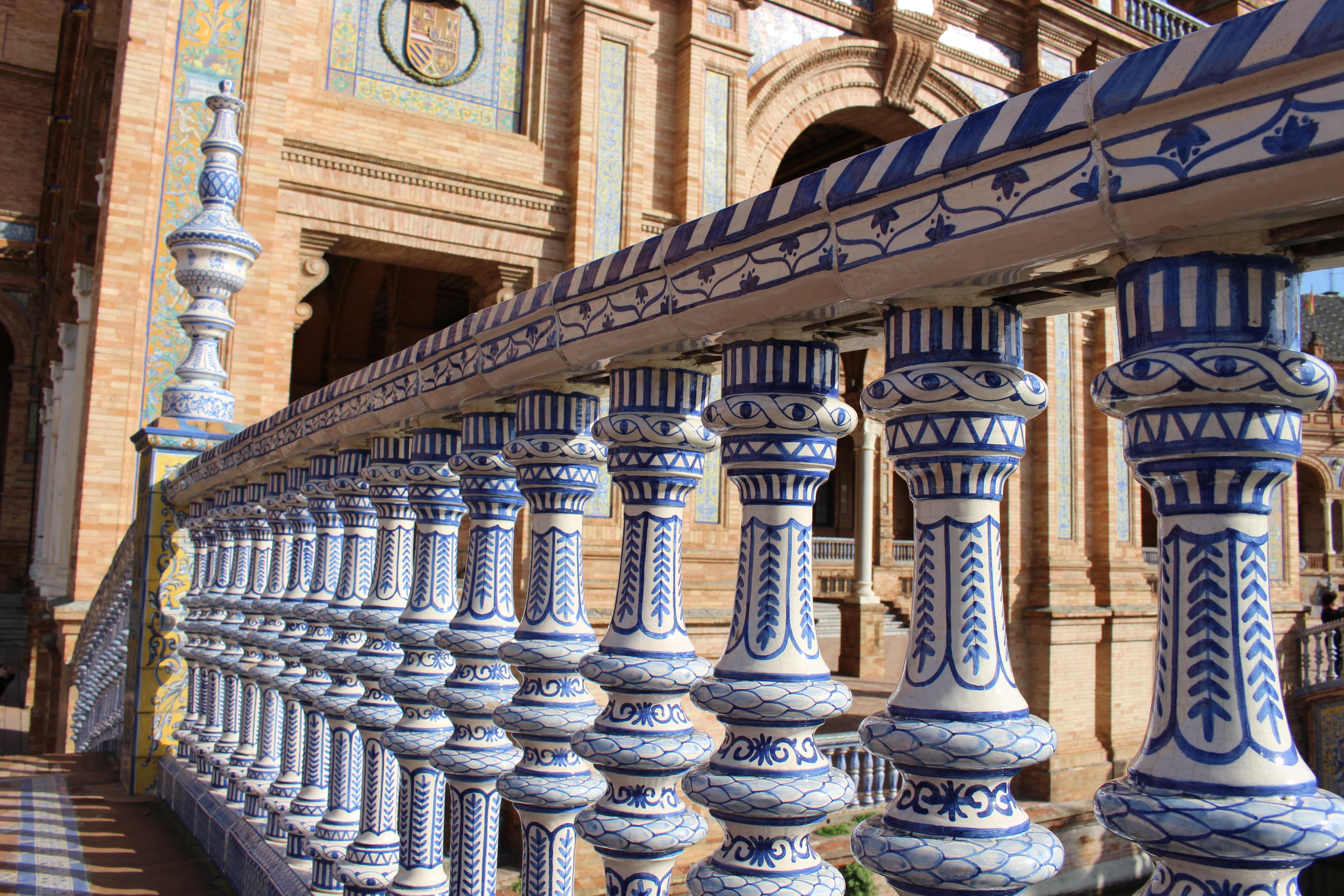 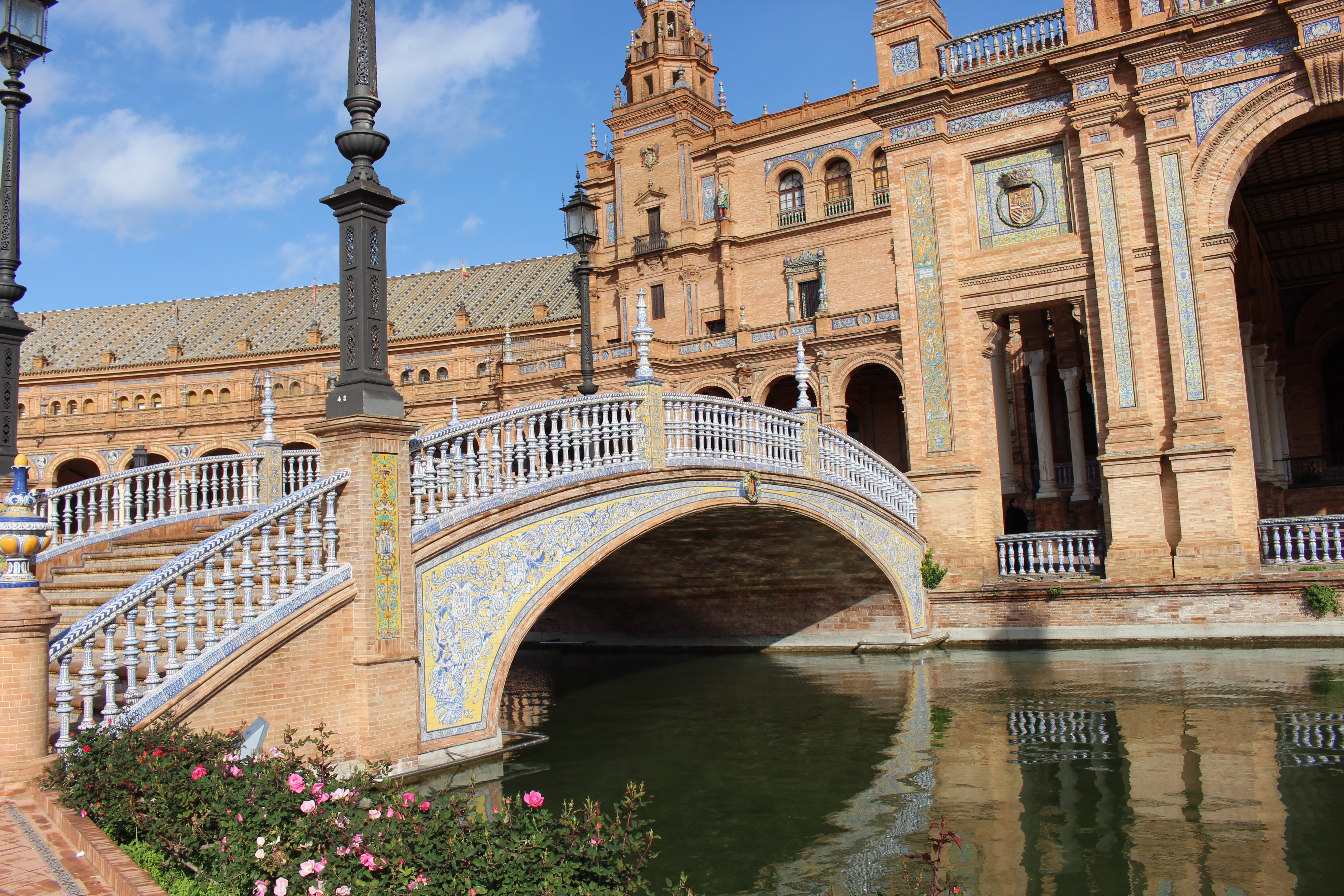 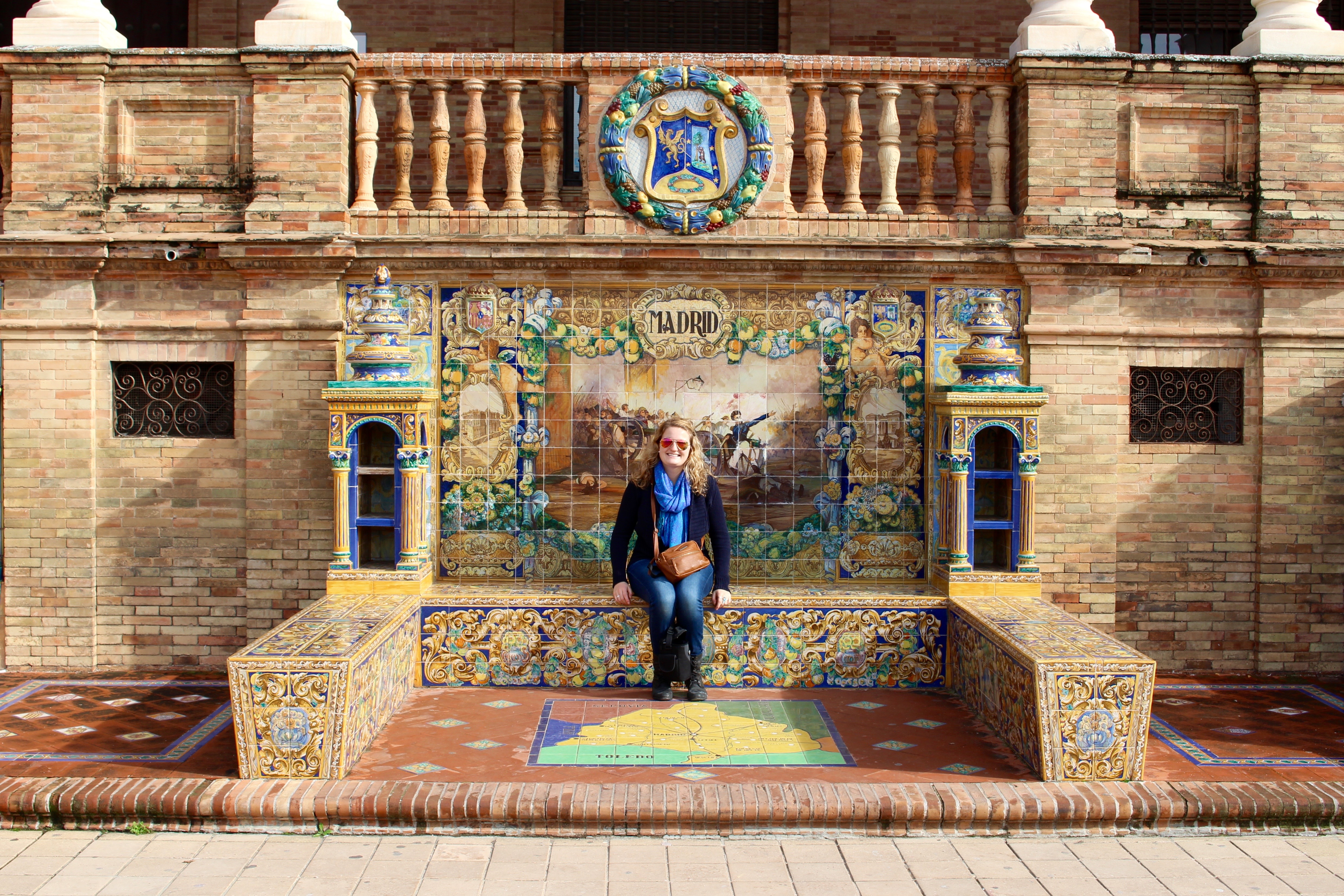 The south of Spain is famous for Flamenco dancing, so naturally we sought out a place to enjoy flamenco, but without dropping a ton of money for the show. Our Rick Steve’s guidebook didn’t let us down, as it led us to:

La Carbonería! – A grungy, hidden spot that guidebooks have made famous, is an amazing place to go to for free, spontaneous flamenco.  The drinks at the bar are reasonably priced, and while the decor of the damp, basement is less than luxurious, it gives the establishment a charm of authenticity. 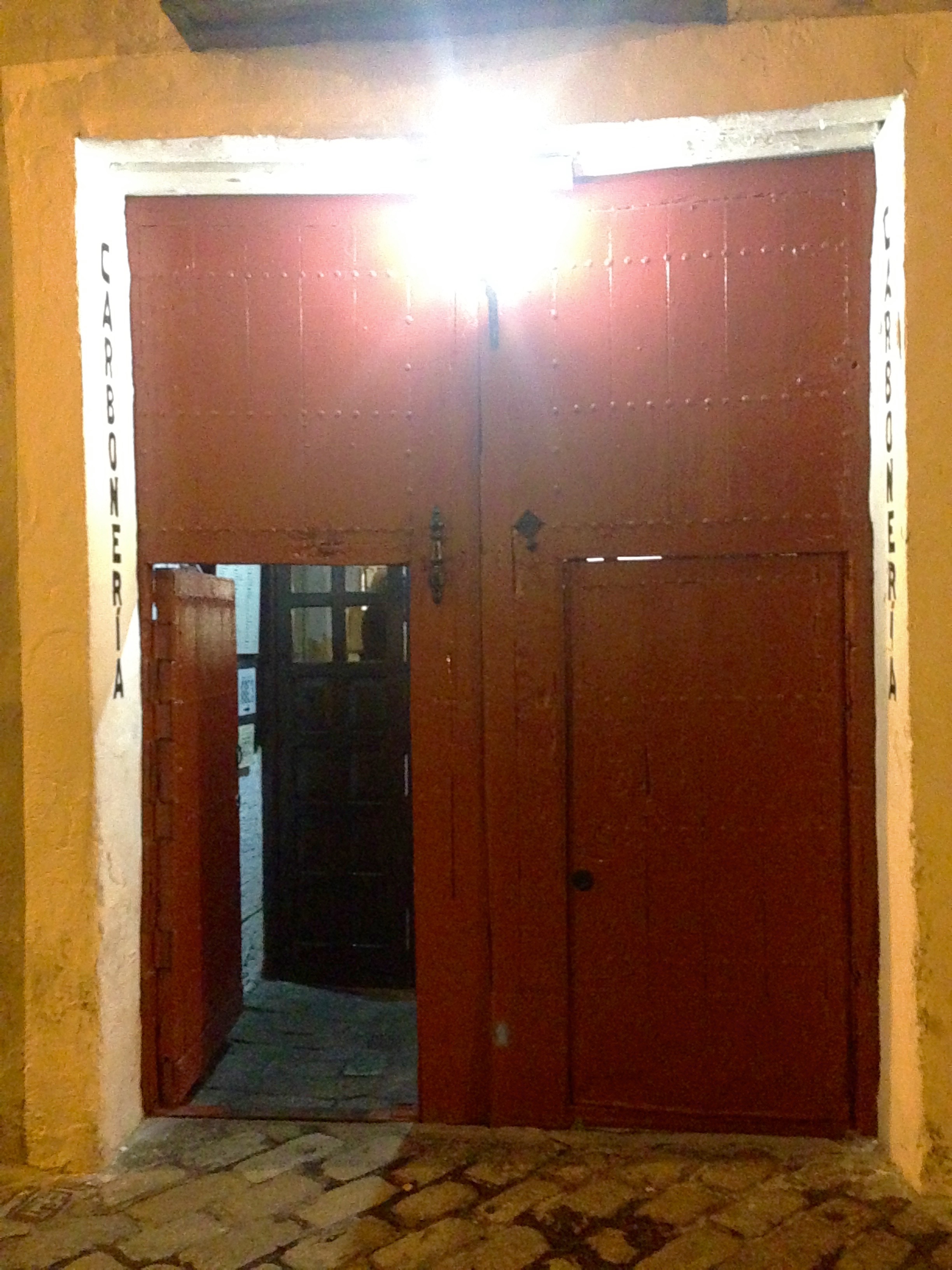 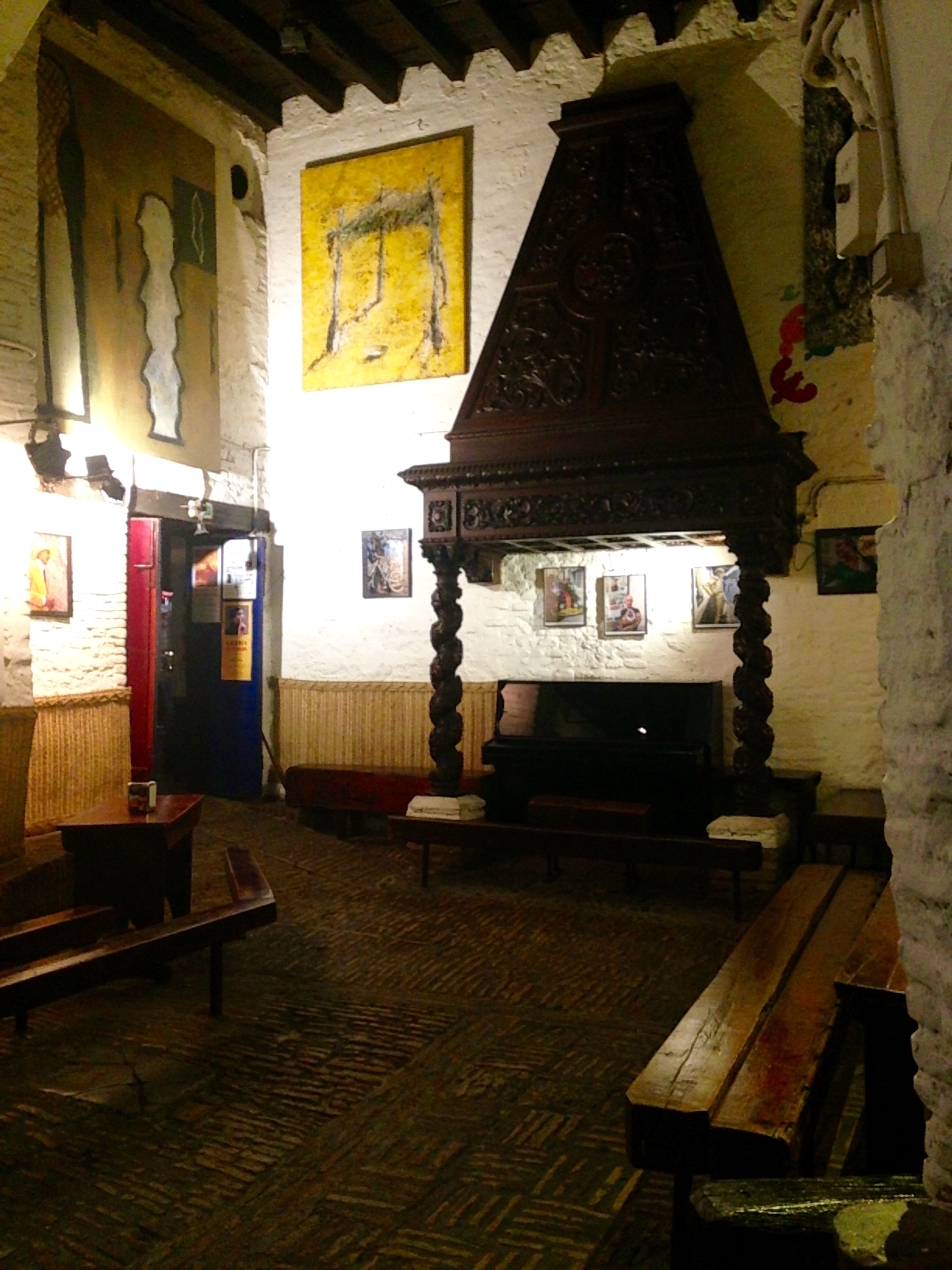 Blink and you’ll miss it, La Carboneria is located at Calle Levies 18 in Seville. We had to peek in through a giant red door, with no clear signage that the show and bar were in the back. There are several performances throughout the night, with 15-30 minute breaks in between.

Andalusia is famous as a region for tapas, and Seville doesn’t fail to deliver the wonderful Spanish snacks that accompany drinks at the various bars throughout the city. Many restaurants offer menus of tapas, ranging in price from 1-5 euro on average with a huge variety of dishes served.

Sevilla isn’t known for paella, the dish actually originated in Valencia, but due to its closer proximity to the ocean and overall gastronomic reputation, the city does have a variety of restaurants boasting good paellas at reasonable prices. We ate this beautiful dish before our tour of the Alcazar, at Restaurante Modesto. 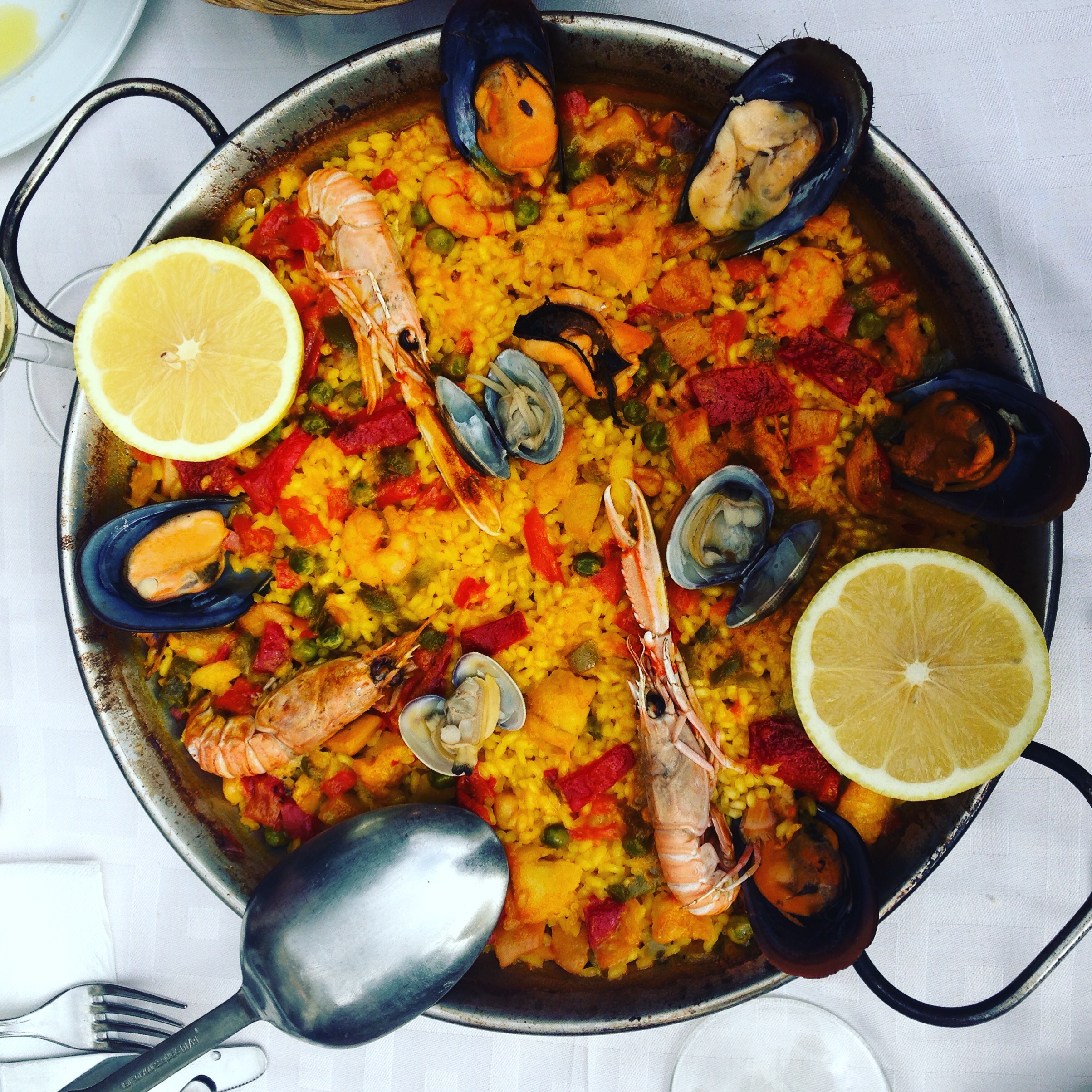 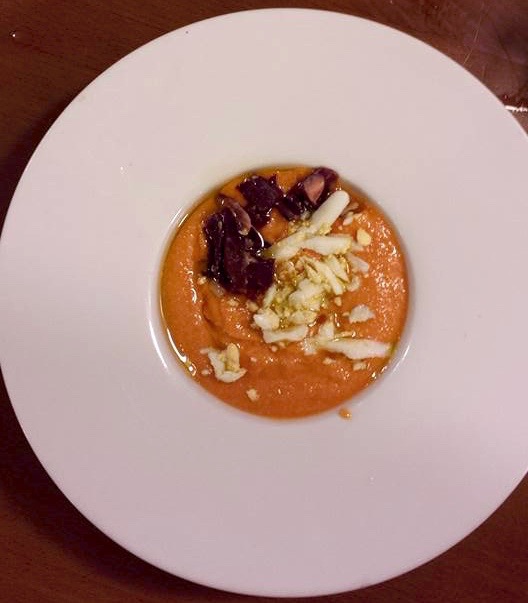 Overall, two full days in Seville was just enough to get a taste of the beautiful city, but I would certainly like to go back in the summer months. There’s something about the orange trees and architecture of Seville that makes me want to explore more, and of course, who can say no to an opportunity to eat more tapas?

Watch my video and subscribe to my channel for future travel videos! 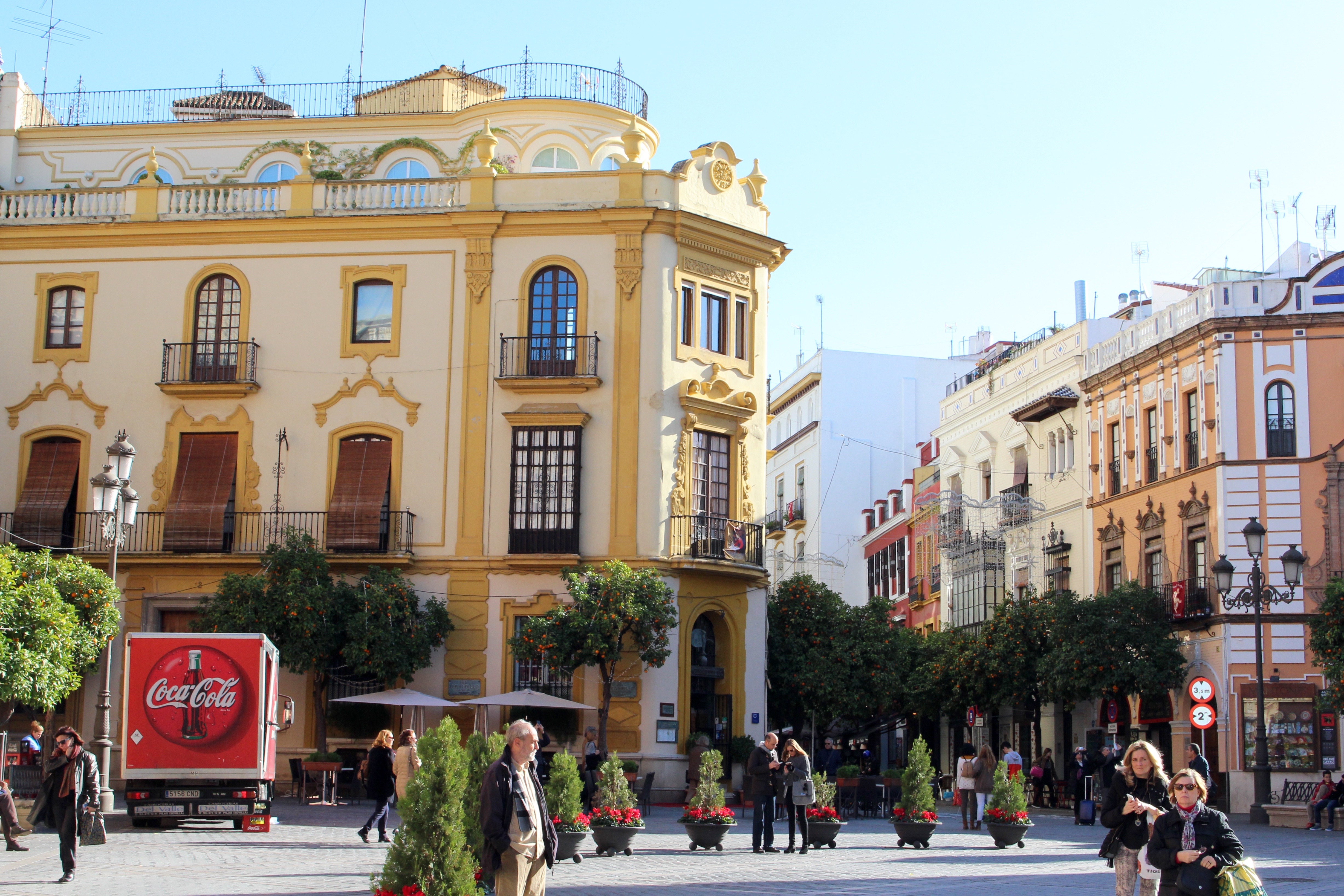