No matter how many times you see it in movies, T.V. shows, and beautifully filtered posts on Instagram, no photographed imagery even comes close to adequately illustrating the magic of London at Christmas time.

My flight landed on the tarmac at Heathrow late at night and I began the journey of making my way to the east side to our Airbnb. The tube journey started out quiet (except for the horrible scraping noises of the train on the tracks) to filling up with faces of all ages and races by the time we passed through Piccadilly Circus. It was Friday, and people were out and about, giving the city life and energy even on a dark winter night.

We stayed in Bethnal Green, a diverse neighborhood not far from the city center, connected by the central line. I lugged my suitcase up the stairs and settled in to bed with a cup of tea, ready to sleep so I could be energized for our explorations in the morning.

Attracting over 100,000 visitors every weekend, the Camden Market is a weaving of different streets selling clothing, accessories, music, food, and lots of crafty things. Definitely a lively place to meander through on a Saturday morning, we wandered about and enjoyed some delicious falafel from a stall vendor in the market.

We lucked out in getting to see Big Ben before he gets covered up in scaffolding! The beloved clock is set to undergo renovations in 2017, and it’s uncertain how long they will take. 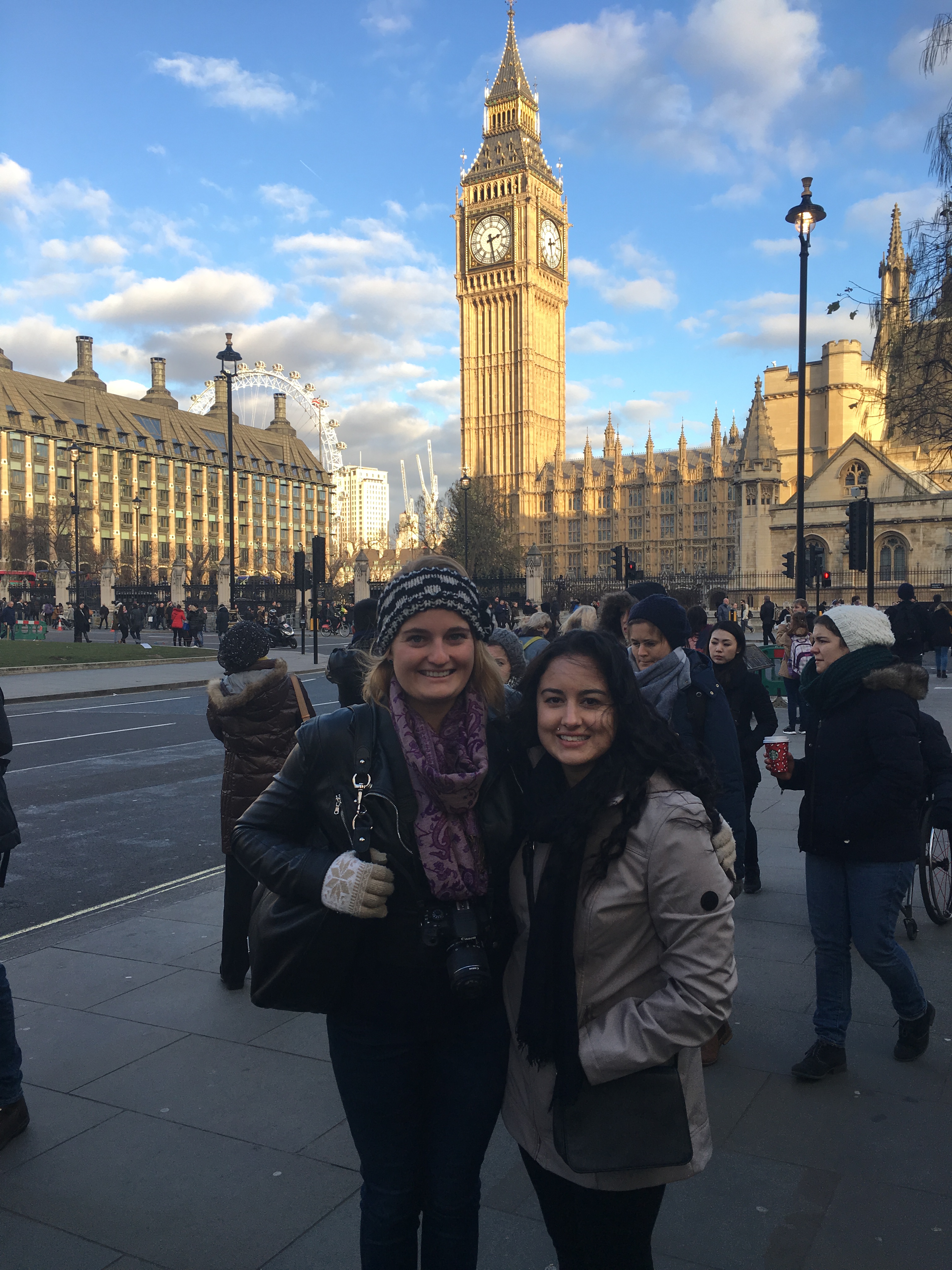 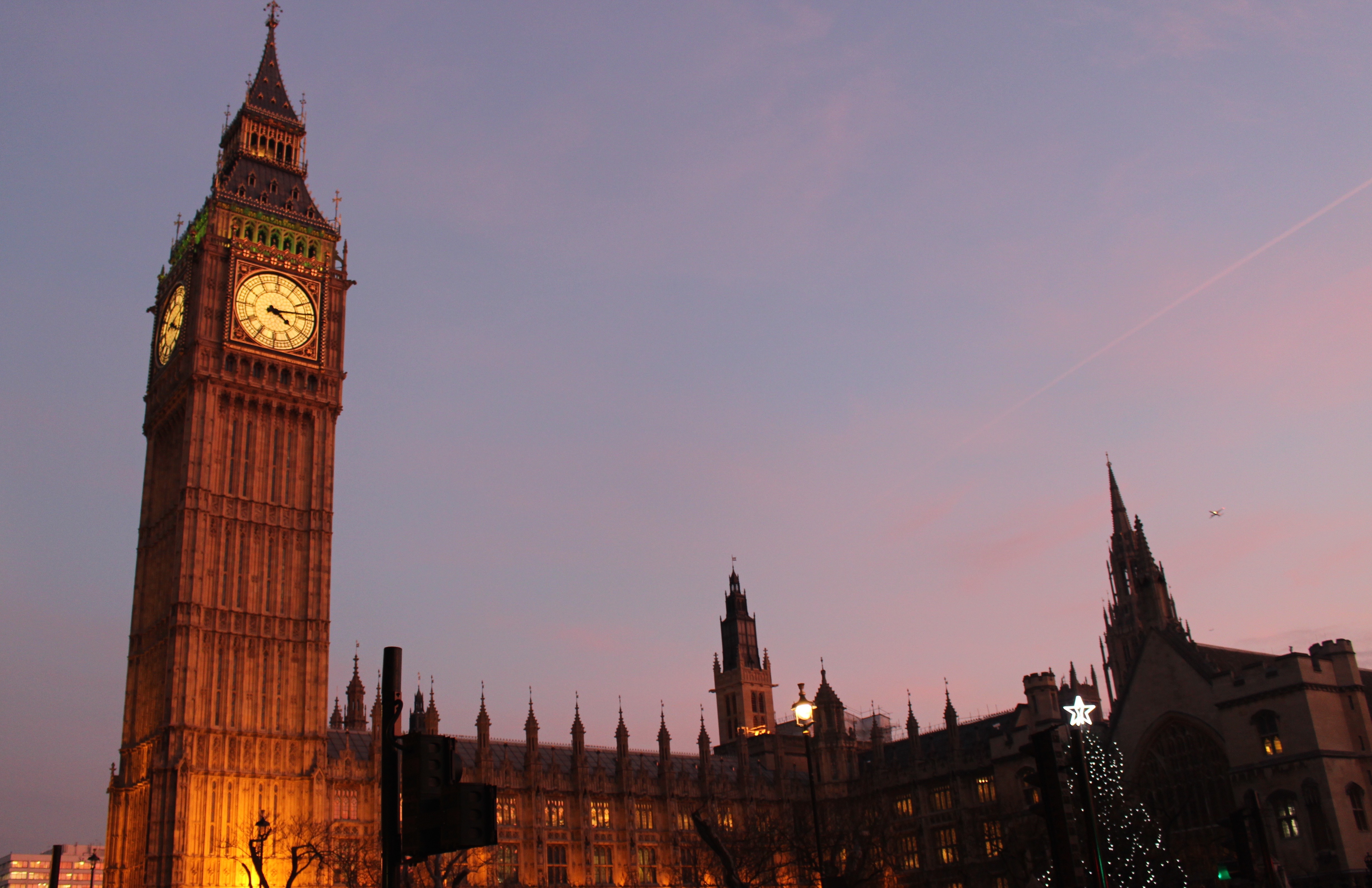 Founded in 960, Westminister Abbey is a must-see for anyone with an interest in British history. It is the burial ground for countless historical Brits and monarchs, and has been the host to many royal weddings, including the most recent of  Prince William & Kate Middleton. 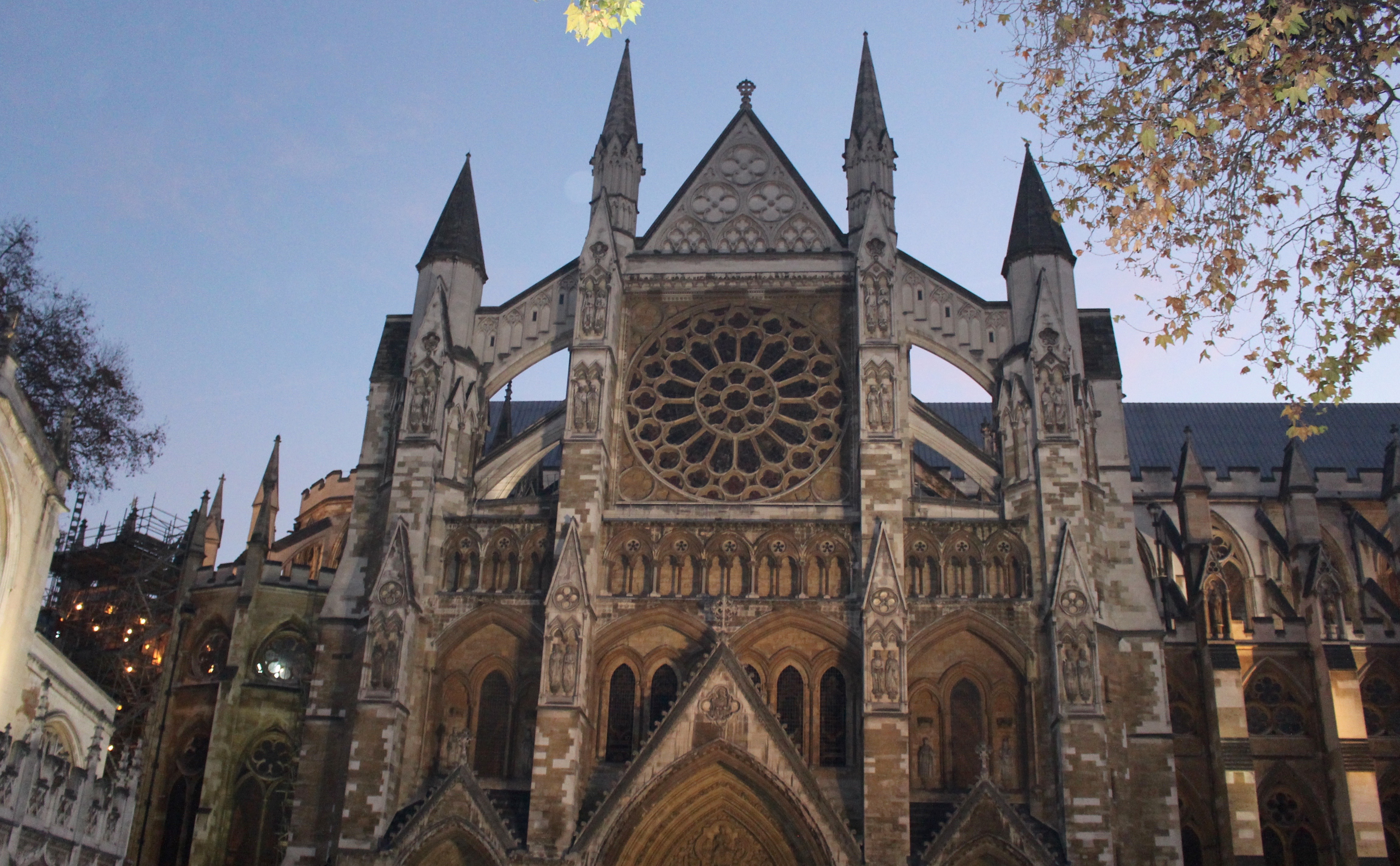 A little museum not far from Buckingham palace, the Wellington Arch is an interesting sight to pass through if you have time. It’s located to the south of Hyde Park and offers a nice view of the park from the top of the arch. It was built to commemorate Britain’s victories during the Napoleonic wars. 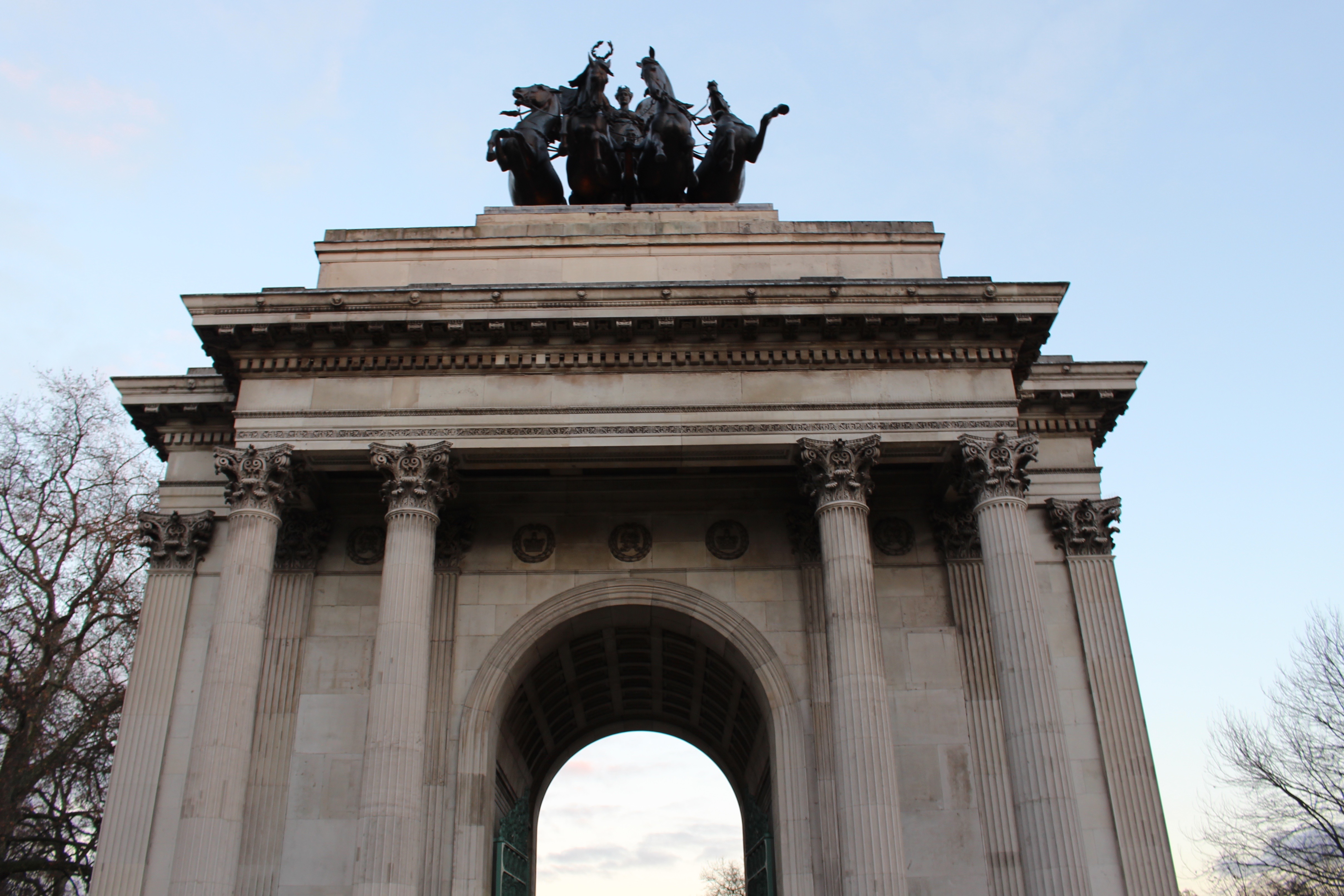 Not far from the Wellington arch right in the middle of Hyde park is a huge winter wonderland that is open until 10pm. The crowds were thick and fierce, so we decided to skip it, but it looked like a really fun thing to do at night. My recommendation would be to go on a weeknight if possible, as it was way too crowded on a Saturday night 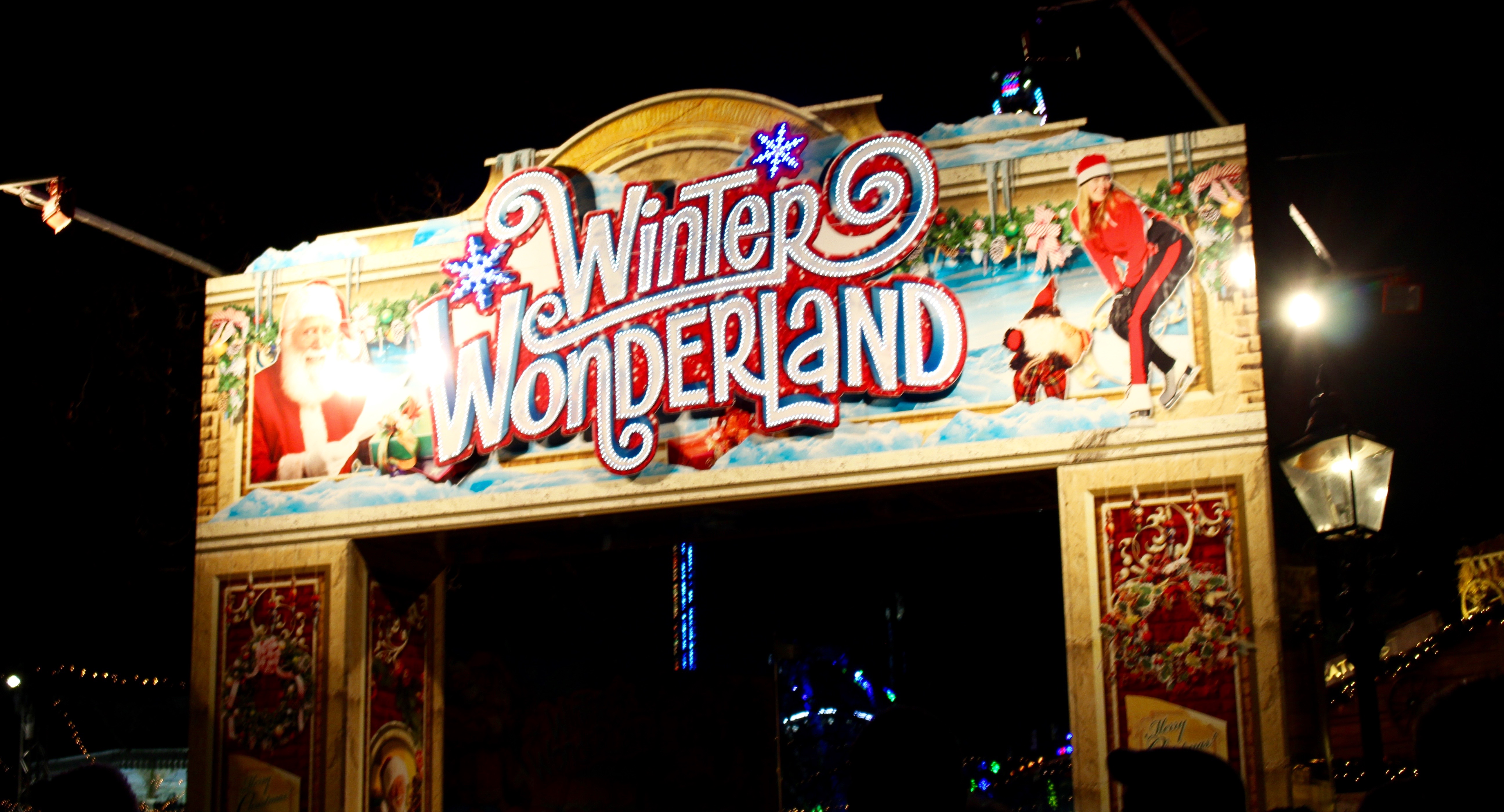 The Tower of London

In my personal opinion, if there is one “must-see” in London, it is the tower. I have now been 3 separate times, but I have thoroughly enjoyed the experience every time. It is an incredible thing to visit due to the history, the crown jewels, and the lovely views of the river and parts of the city that you can see while walking through the walls. The crown jewels alone make it worth the visit. 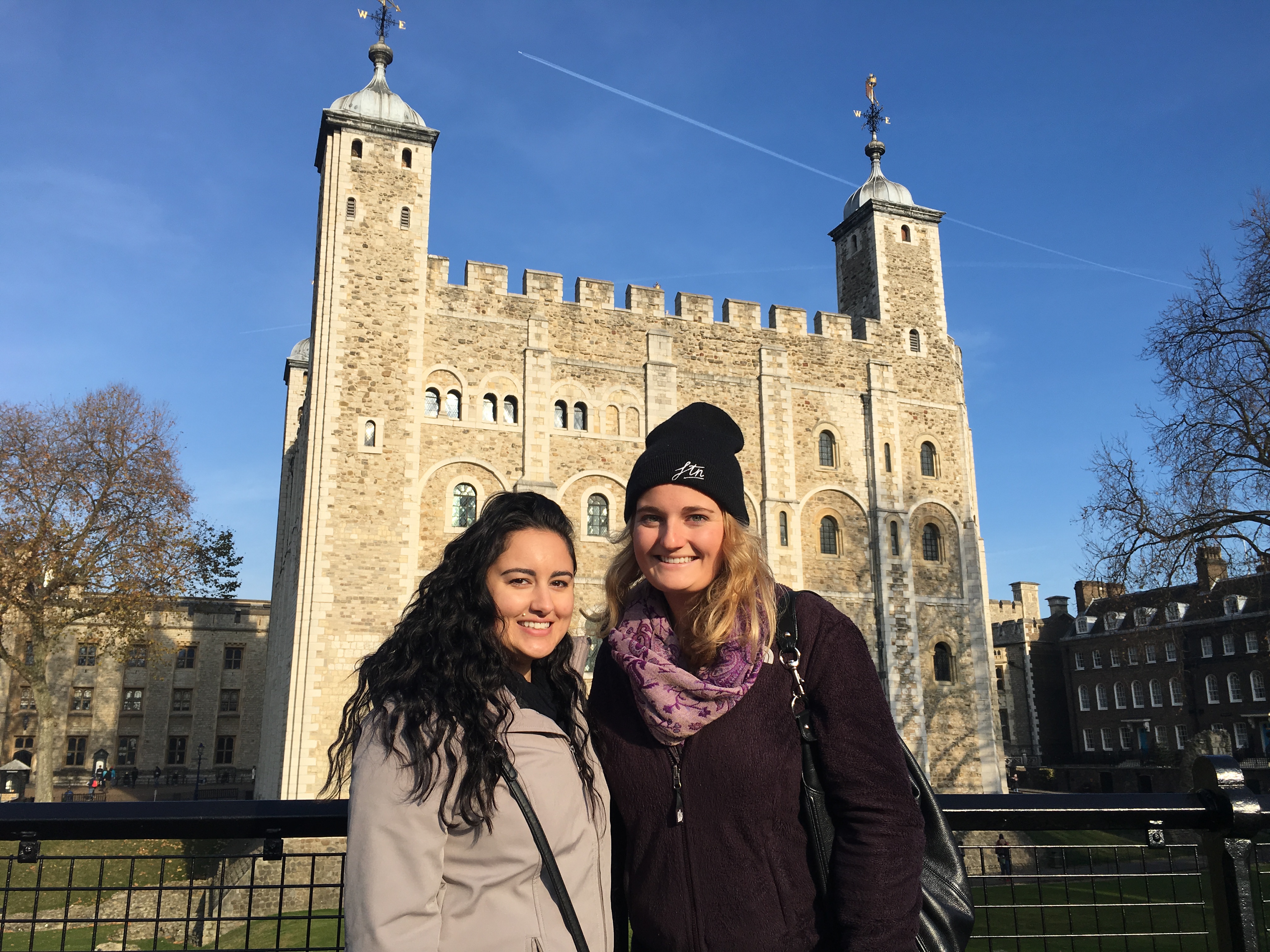 After riding the moving sidewalk twice to get a view of the jewels from all angles, we left the tower and made our way over Tower Bridge to the south side of the Thames, where there was a lovely little Christmas market. 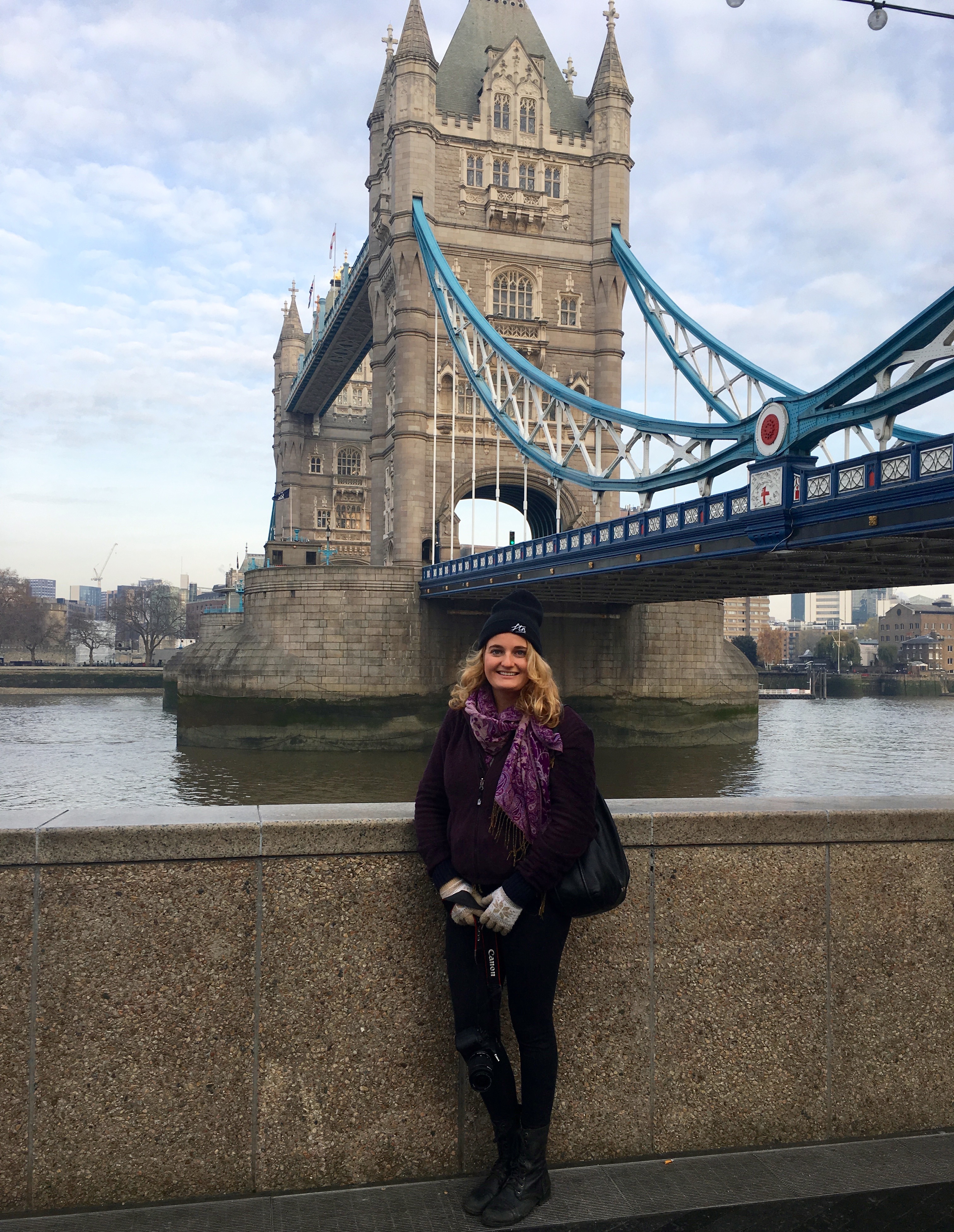 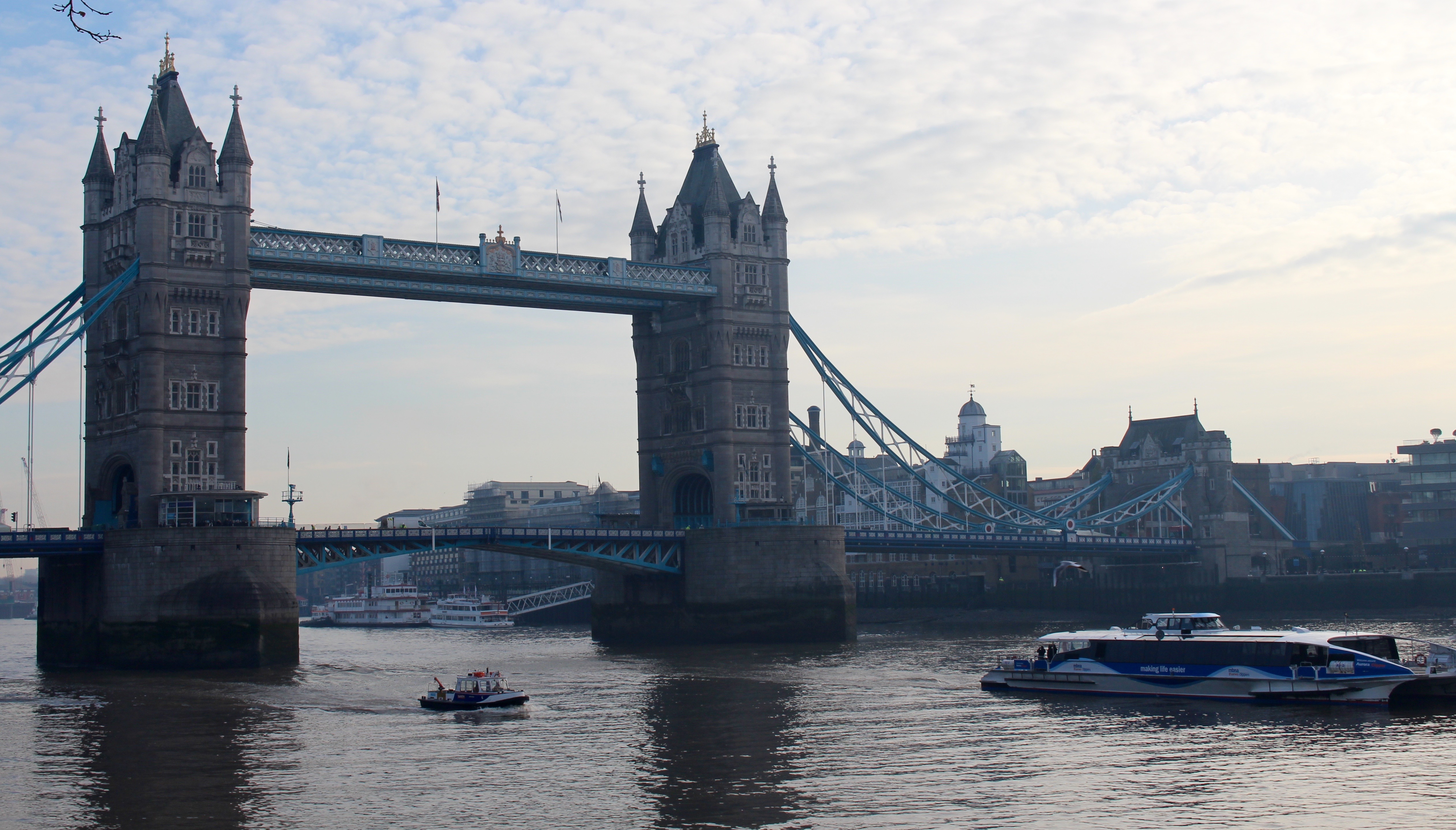 This store is a happy place for my mom; no trip to London is complete without taking a spin through Harrods! My favorite part is the grocery store/bakery part of the department store, as their food is so fancy and the presentation of baked goods is incredible. It is also really lovely to visit during the holidays, as everything is decked out and decorated beautifully.

The lights on these streets were absolutely beautiful. The only downfall is that at night, when everything is plugged in and twinkling bright, most of the shops are already closed. Which is actually probably a good thing, less temptation to buy while walking around enjoying all the lights.

I must say I was pretty underwhelmed by the Christmas tree in Trafalgar square. I would have expected a bigger and well-decorated tree to be situated in the plaza out front of the National Gallery. It was still pretty, just skinny and simple. The National Gallery, by the way, also has free admission! So take advantage of that if you’re cruising through the square. 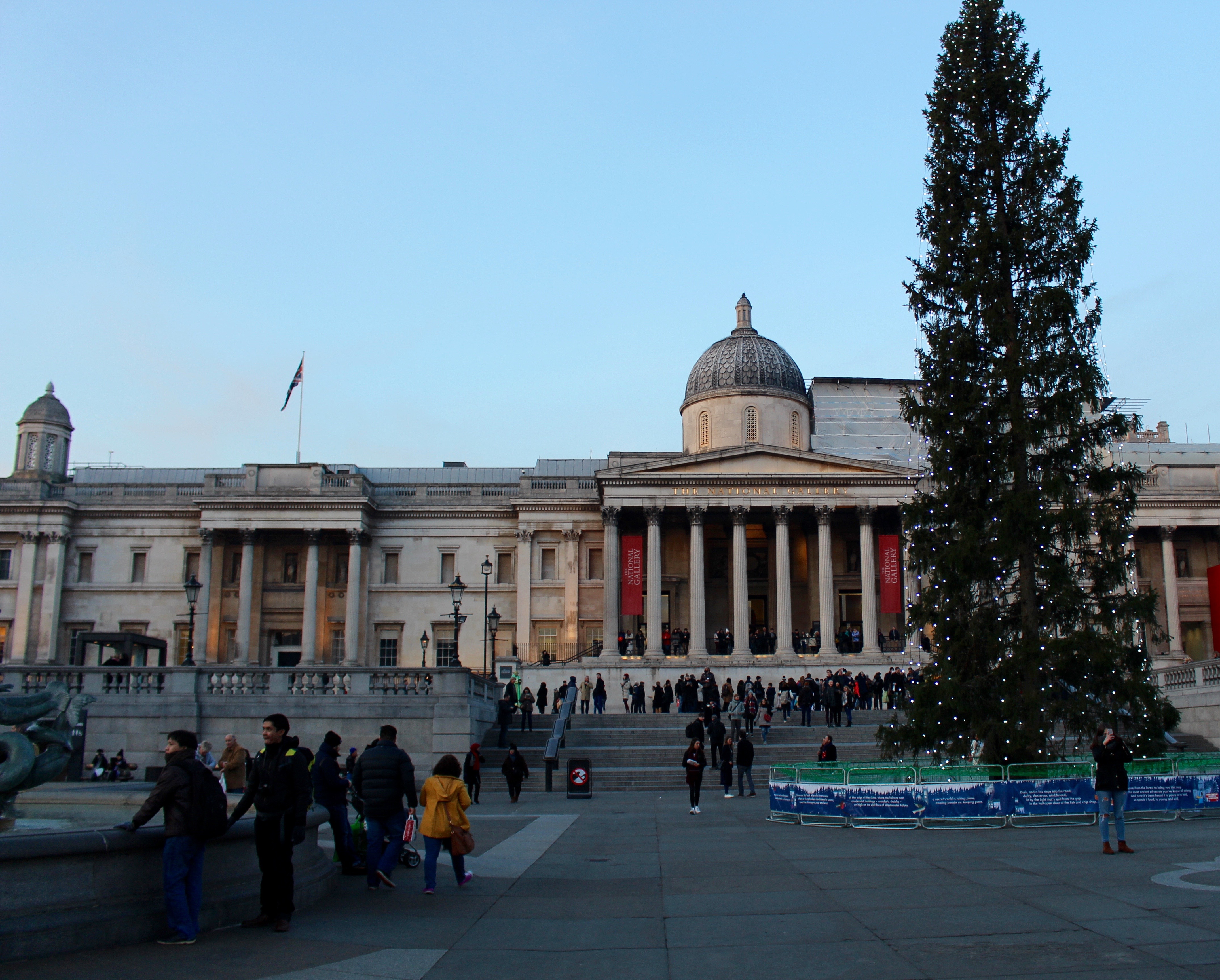 Not open for public tours in the winter time, but Buckingham palace is still a must-see, especially if you manage to catch the changing of the guard. I really am in love with the golden gates and the statue of Queen Victoria in the roundabout out front of the palace. If the Union Jack flag is flying high, then you know that the Queen is home! 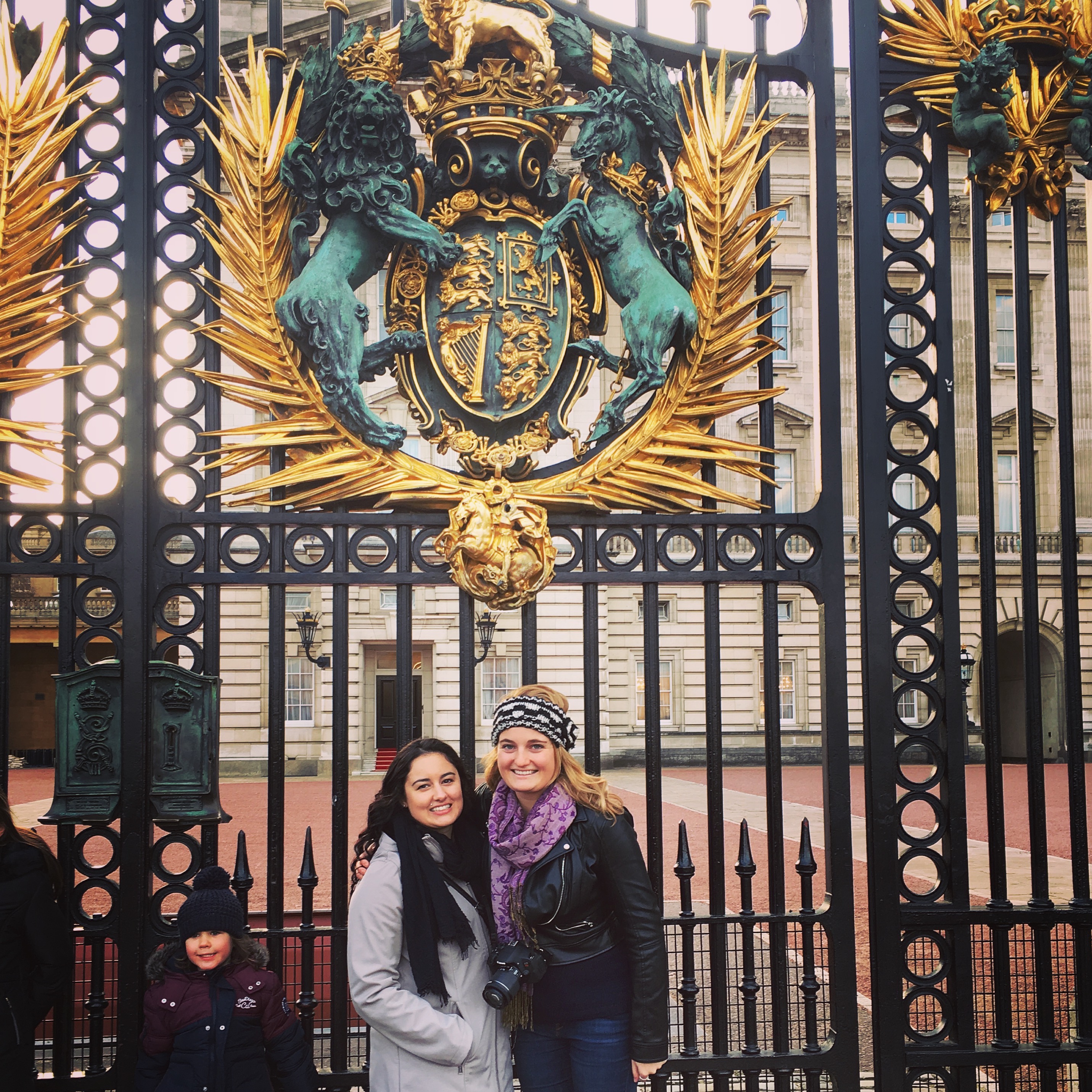 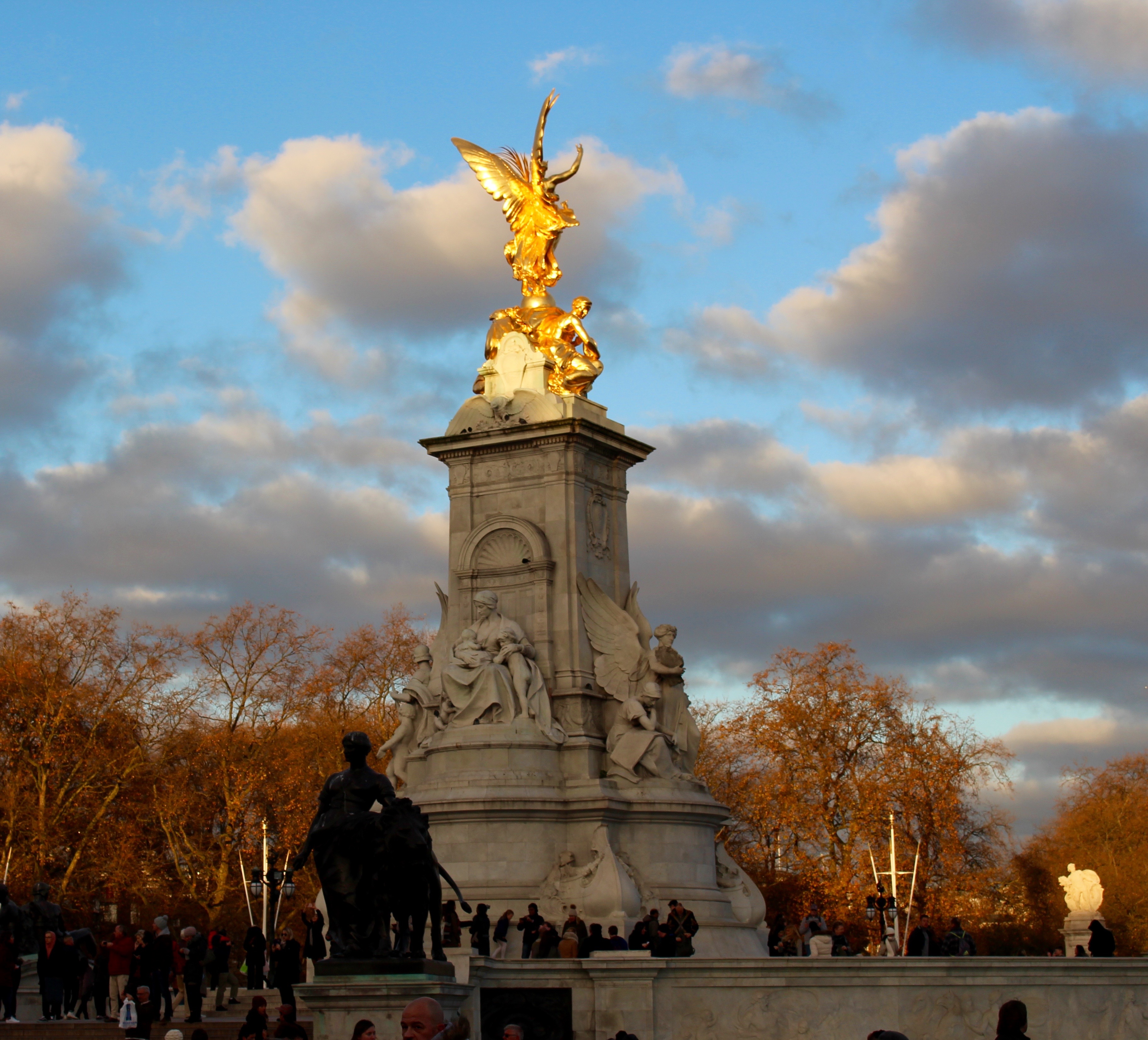 London is notorious for being a pricey city to visit, however, with the recent Brexit vote, the exchange rate for the pound has fallen significantly. Things are still more costly than a lot of Europe, as it is a highly populated city, but there are several ways to save some money while seeing the city. 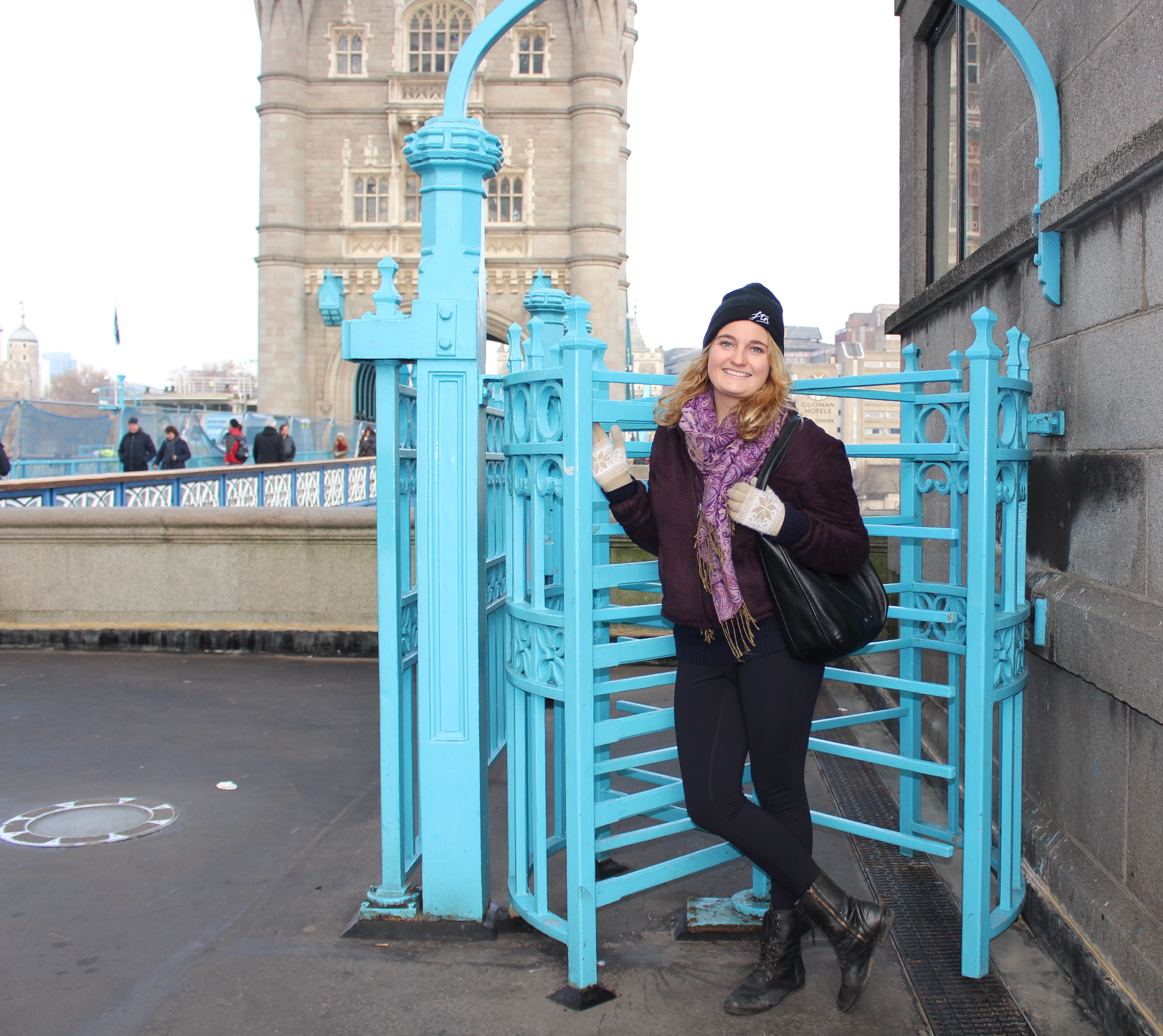