After sparking my holiday spirit with the lights in London, I was ready to keep it going by visiting the Christmas capital of the world – Germany. There is no match for Germany’s Christmas Markets – the tradition originated in this part of the world over 600 years ago. Every city comes alive with twinkling lights, intricately decorated stalls selling everything from mulled wine to gingerbread cookies to handmade soaps, candles and every Christmas decoration and ornament under the sun.

Getting from the airport to the city center is a very easy process and it costs about 3 euro to take the metro all the way there. Everything is fairly straightforward, except I did find their public transport a bit more confusing, as different trains share the same tracks, so you have to pay attention to the train as it pulls into the station.

This striking neo-renaissance building sits in the main plaza in the city, as it is the city hall for Hamburg. The Christmas market sprawls out in the plaza in front of the building, making the whole area glow like a magical wonderland. 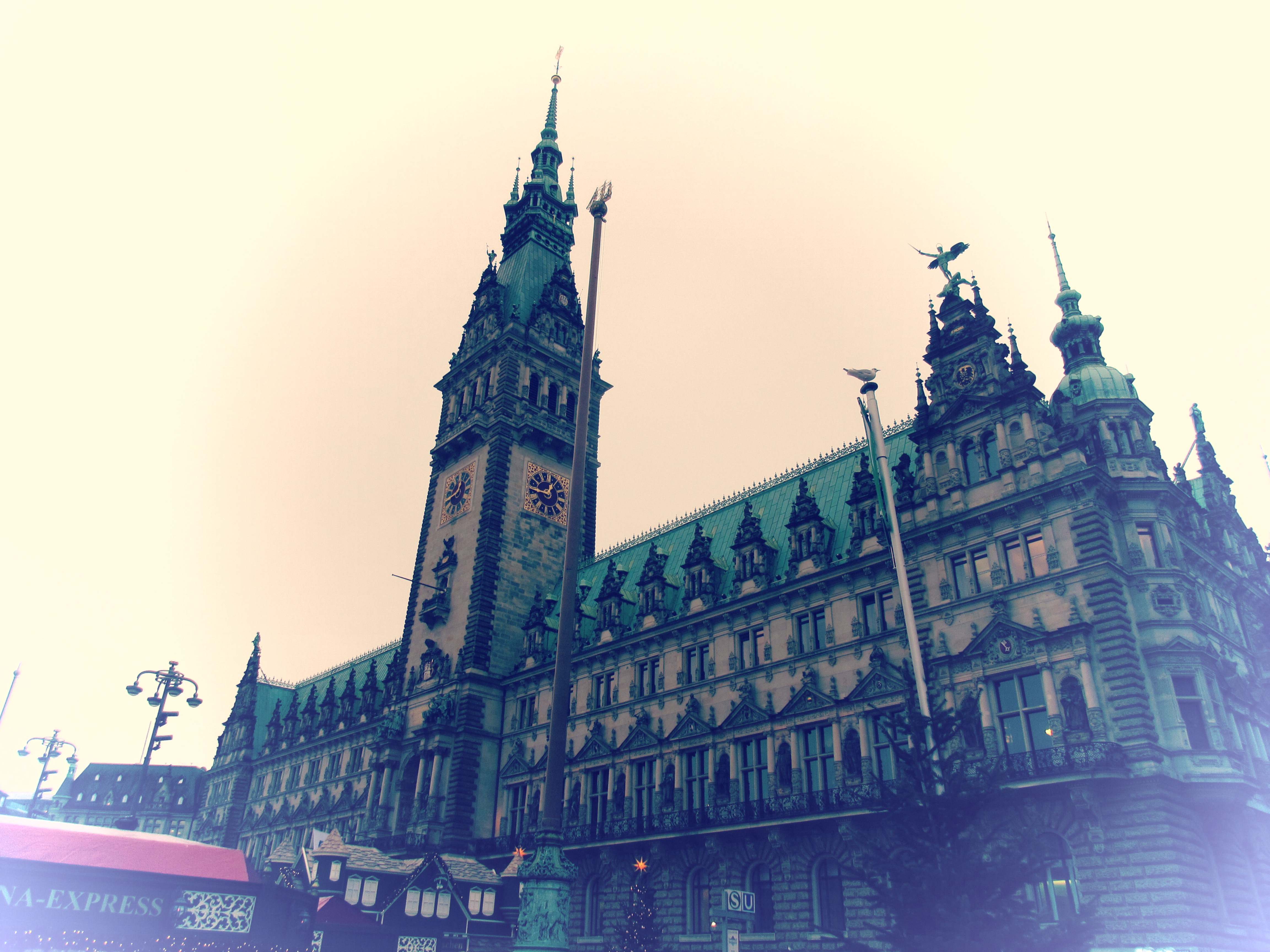 I didn’t go to any restaurants while I was in Hamburg, everything I consumed came right from the Christmas market. The food was amazing and it was great to try lots of different things rather than eat one big meal. 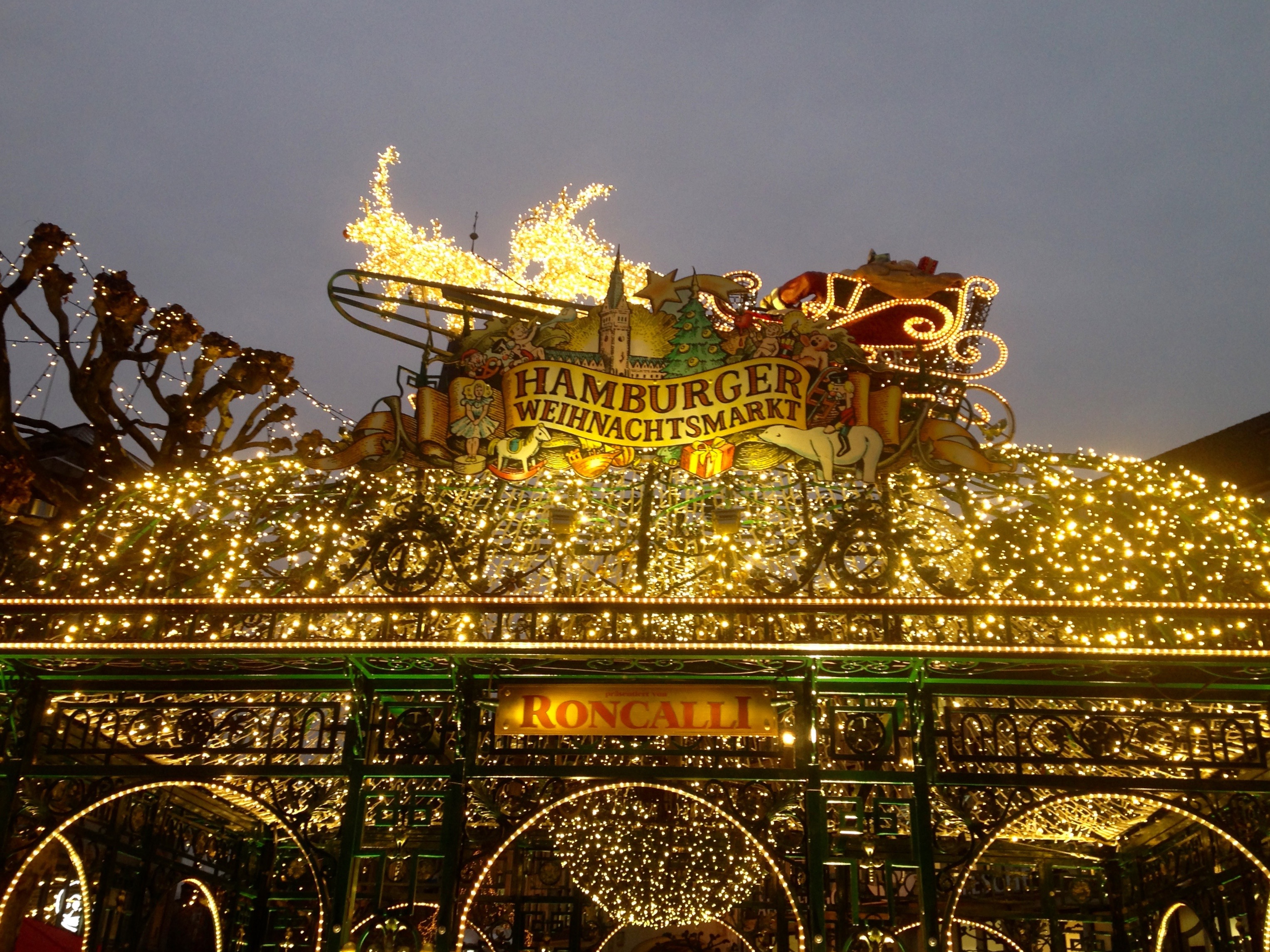 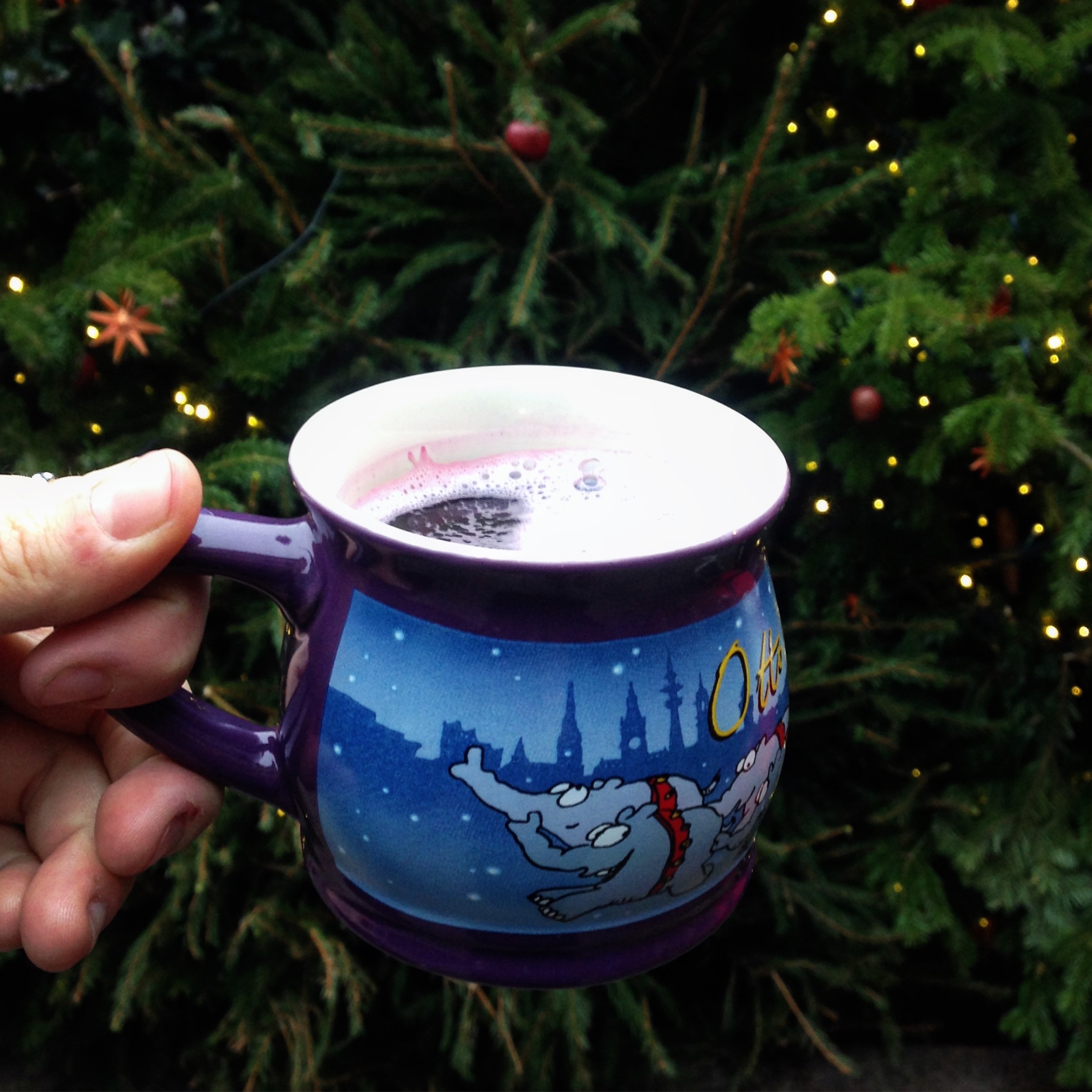 Germany is noted for being far more environmentally conscious than a lot of countries, and the same applies in the Christmas markets. Instead of serving out glühwein in disposable cups that would be thrown out, every stall uses their own ceramic mugs that have a 3 euro deposit. You can walk around and return the mug when you’re done. No waste and it’s way more enjoyable to sip the hot, sweet beverage out of a cute little mug rather than gross styrofoam. 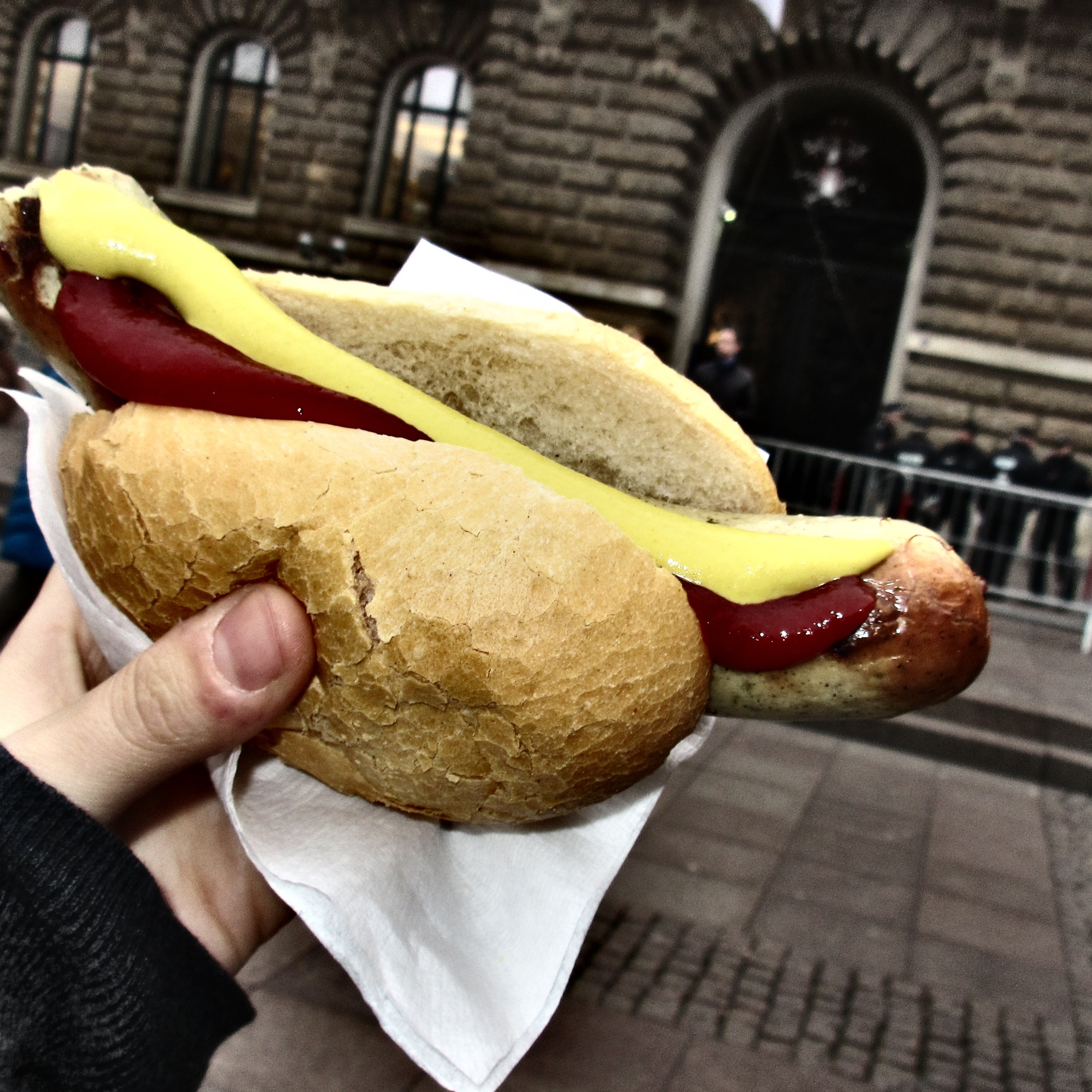 Flammkuchen – Like a German pizza – bacon, cheese & sour cream on dough? You can’t say no! 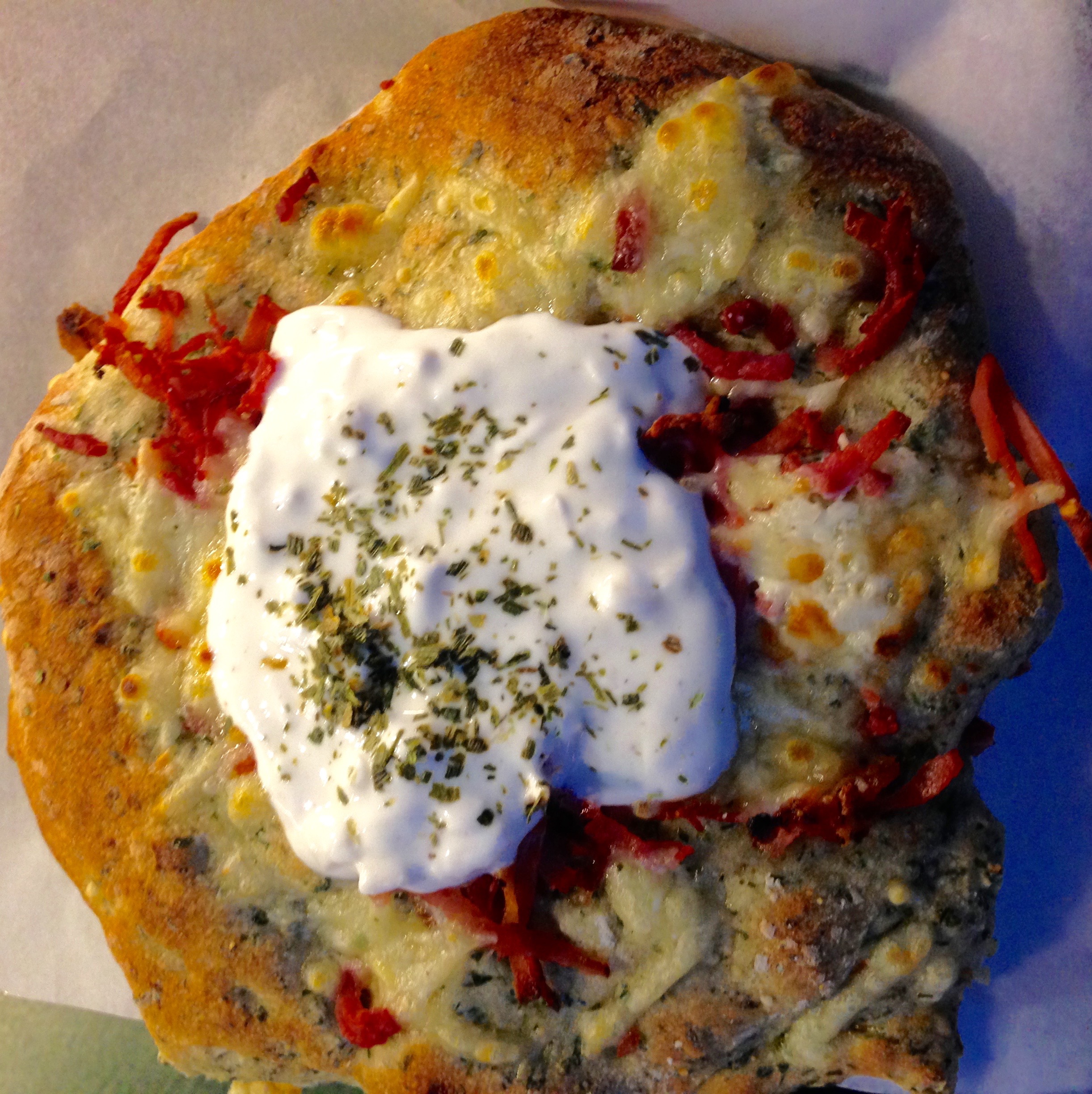 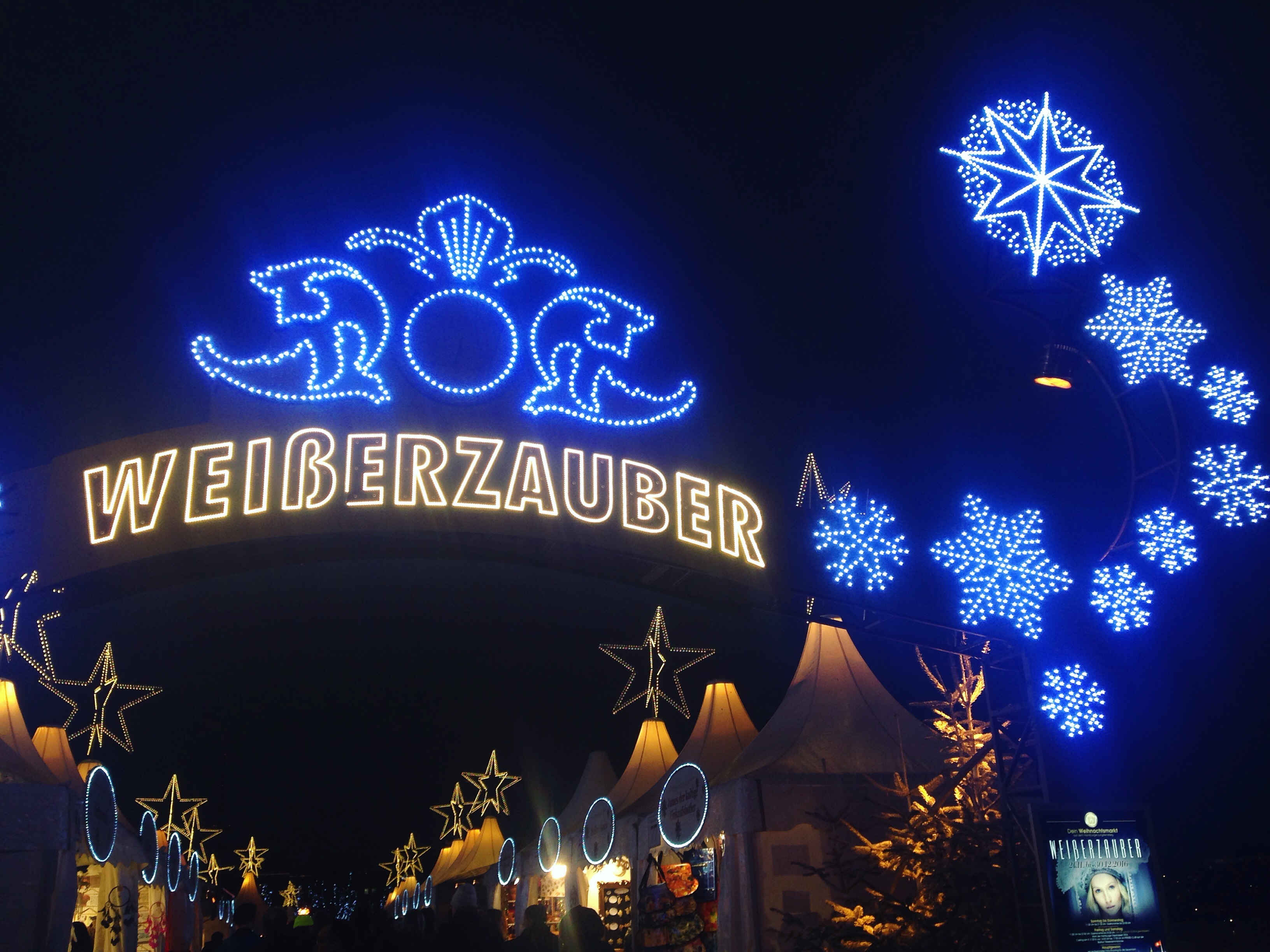 Christmas markets are great because they can be enjoyed in the daylight or at night – the lights during the nighttime make them more magical, and it’s fun to wander between different markets and have mug after mug of mulled wine in different spots. 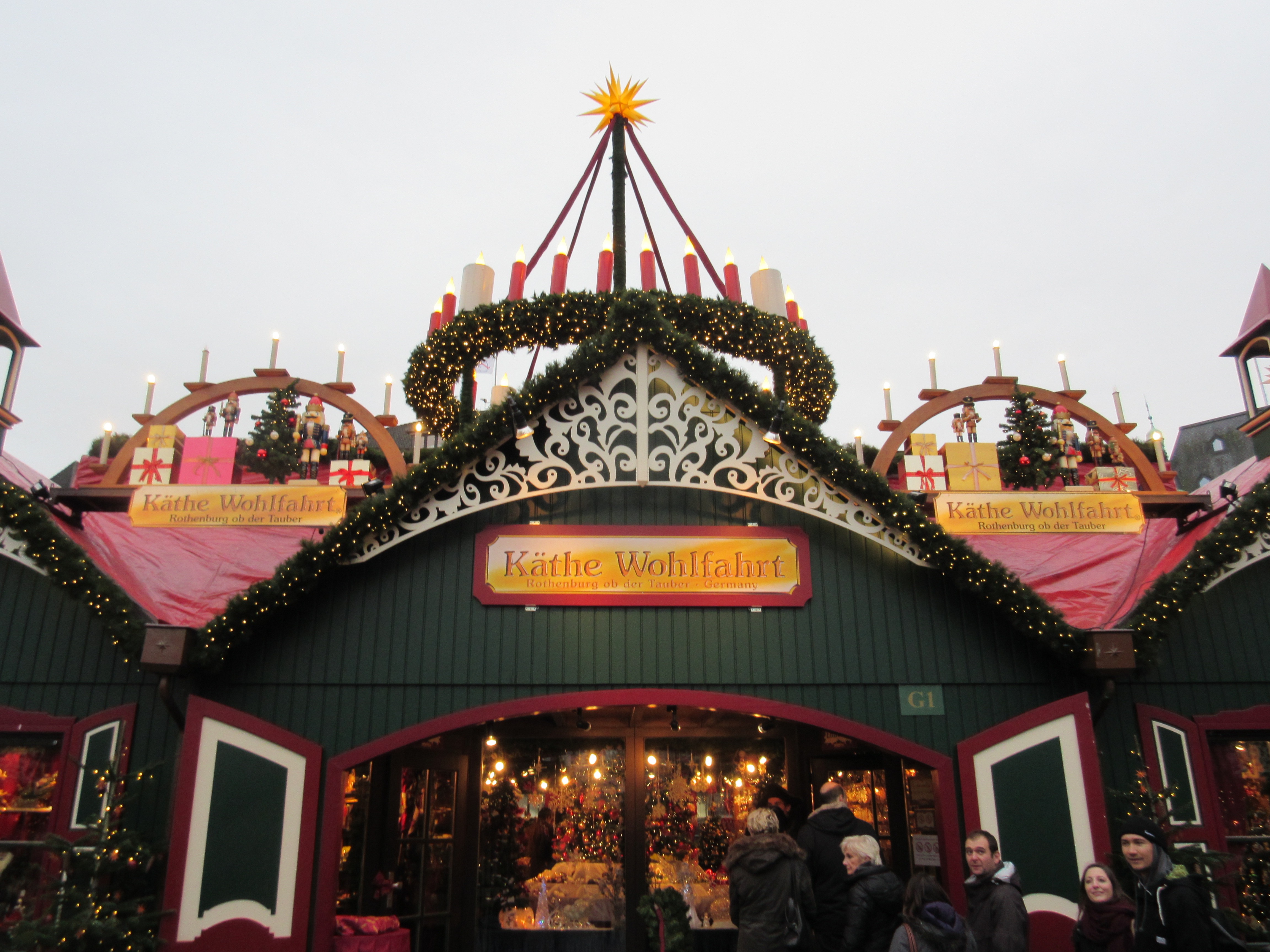 A large, artificial lake formed by the Alster river that runs through the port and canals of Hamburg, this beautiful lake adds a feeling of natural serenity within the busy metropolitan city. There are lake tours by boat that leave every hour or so and are fairly inexpensive. There is a giant mermaid sculpture in the lake, and admiring the Christmas lights from the water is a beautiful experience. 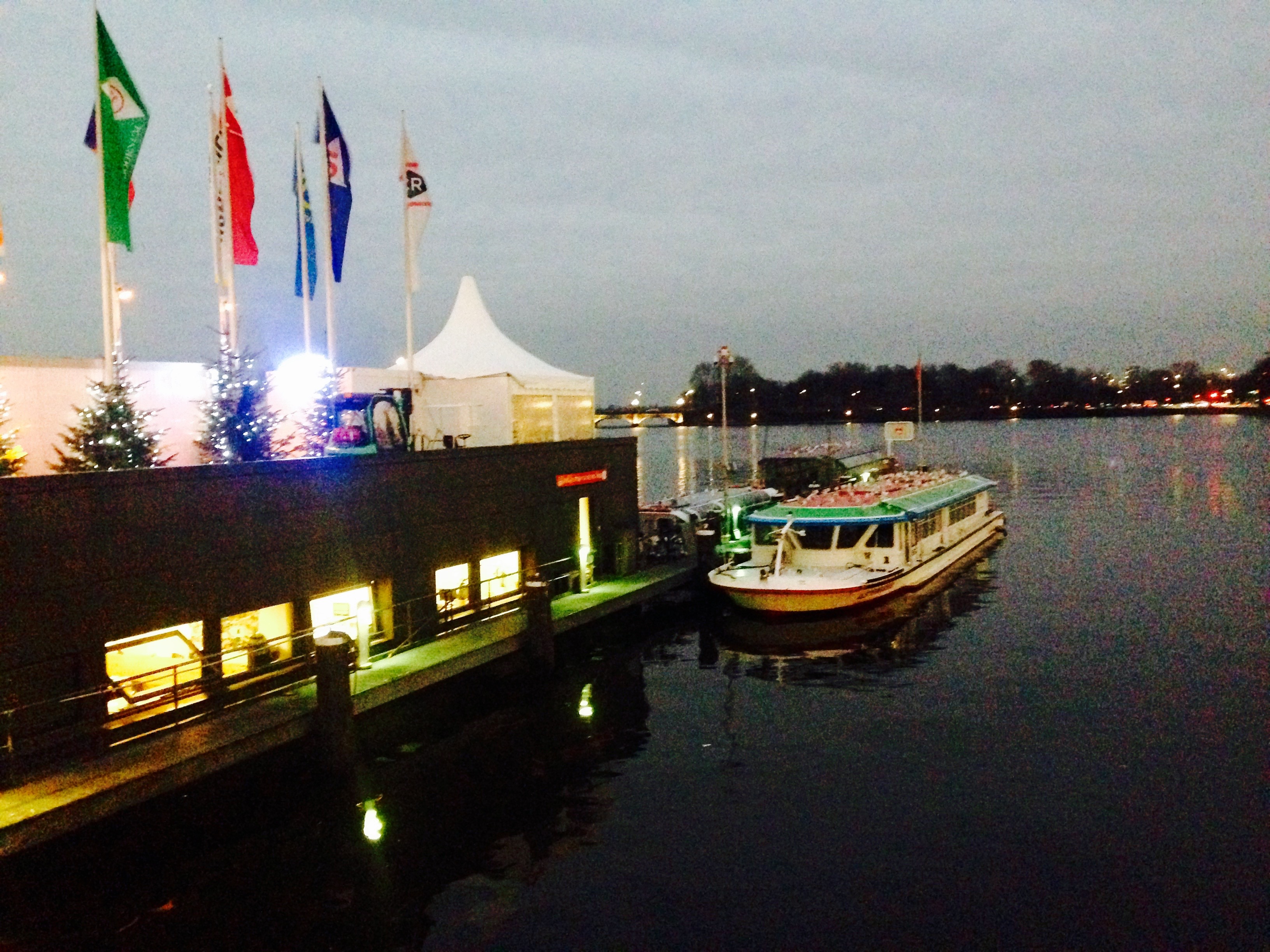 The second busiest port in Europe, the Port of Hamburg is also considered to be Germany’s “Gateway to the World.” It is incredibly old, founded in the 1100’s, and is a really cool thing to walk by when visiting the city. It’s a “free attraction” which is also nice, and it’s not a long walk from the center/main plaza 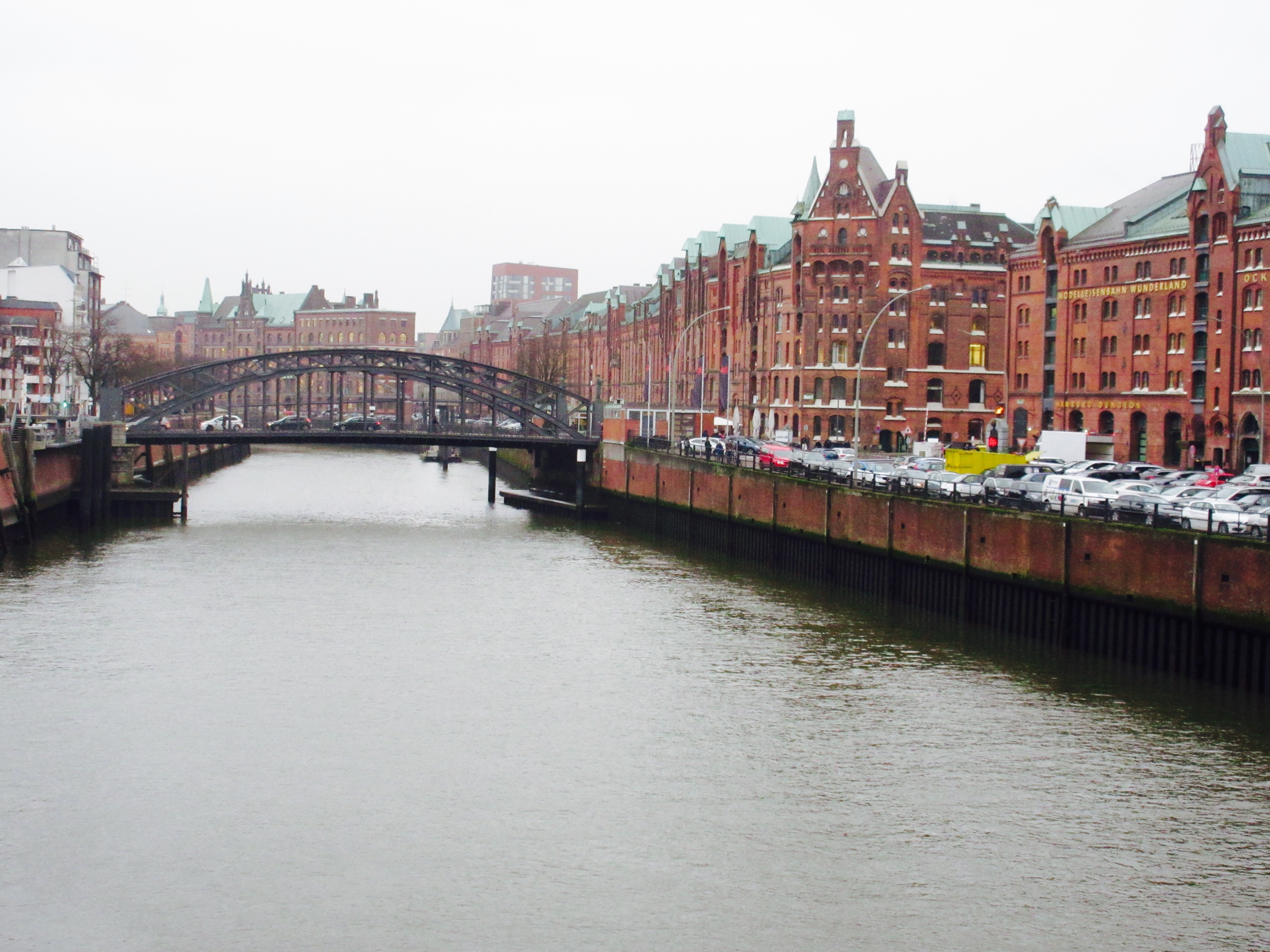 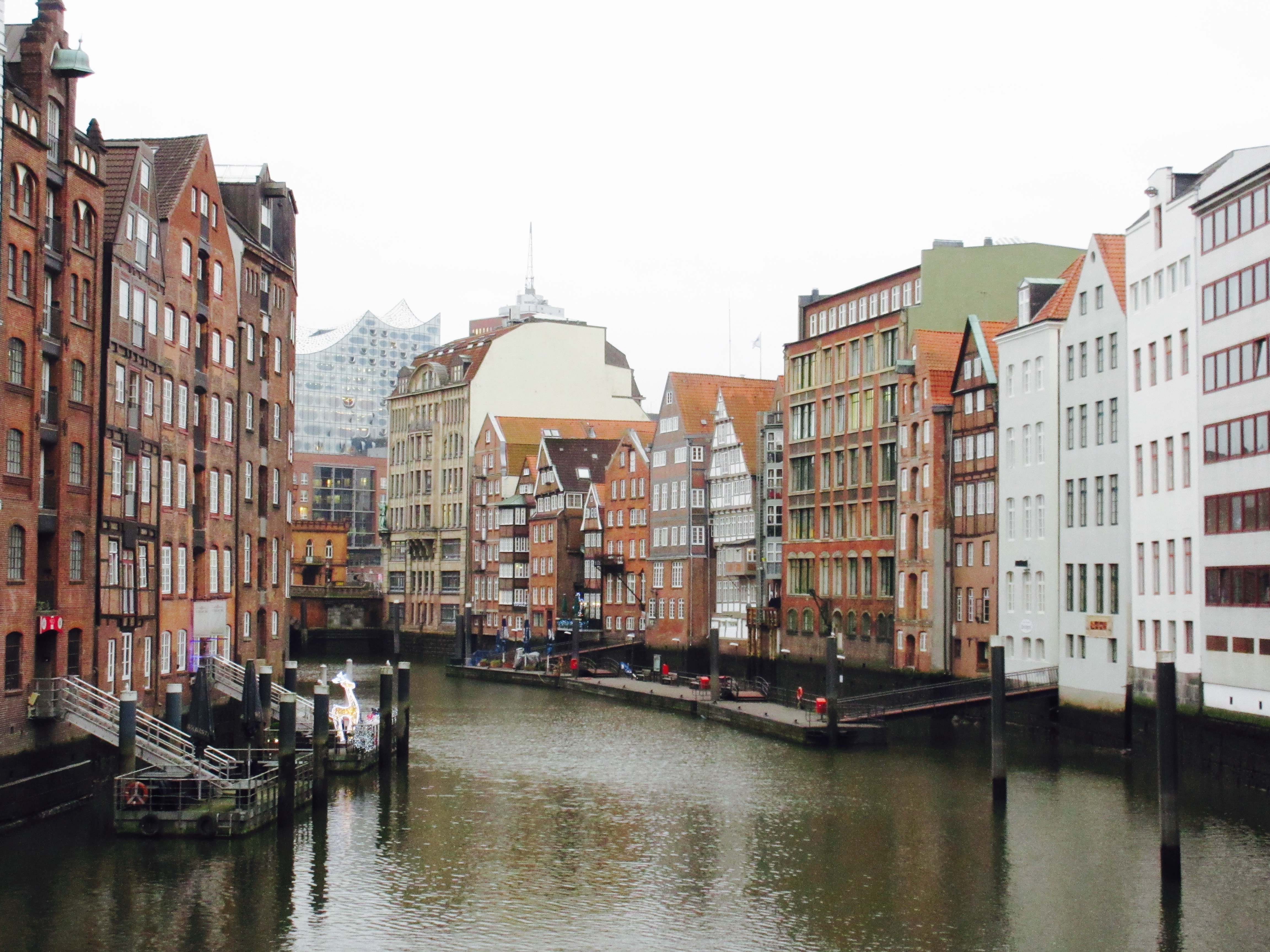 Neuer Wall in Hamburg is a lengthy, upscale shopping street that connects to the main plaza Rathaus. It was definitely a must-see as the windows are all decorated beautifully during the holiday season, even if you can’t afford anything in any of the shops (like me!) 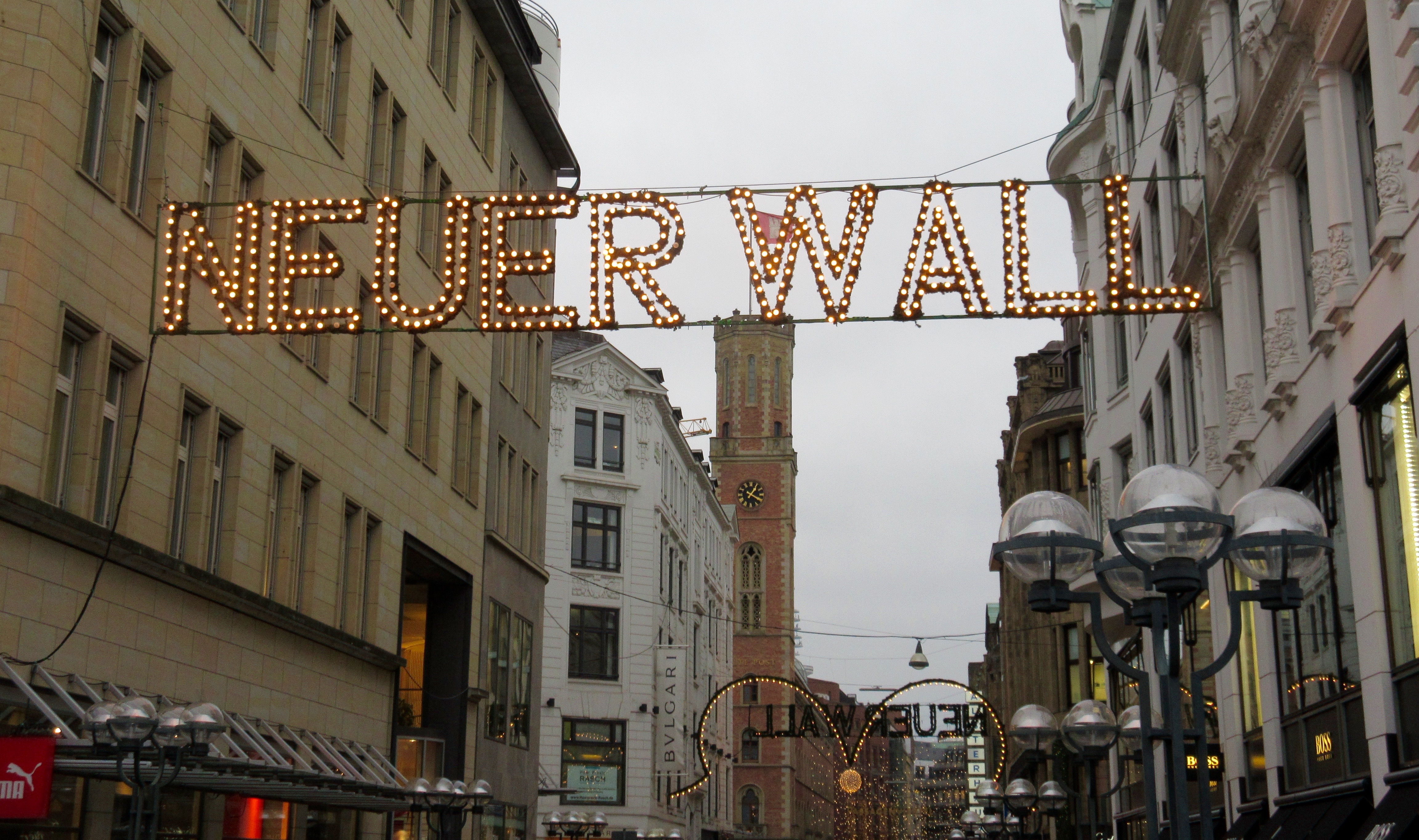 One day in Hamburg really was enough time to see and experience everything that I wanted to. It’s a nice city, but there isn’t a long list of things that you absolutely must check off before you leave. Visiting during the Christmas season is probably the best, as the markets add an element of magic and something to do during your time in the city. It was cold, but not unbearable. It did rain a little bit but nothing torrential.