The first stop on my Eastern European month-long adventure was Tallinn, Estonia. My plan is to start in the north and work my way south, seeing as much as I can along the way. I bought a one-way ticket from Madrid to Tallinn in late April, making my plan official.

Tallinn is the capital city of Estonia, the northernmost of the Baltic states. It has a medieval charm to it, as it wasn’t bombed out during WWII. Tallinn has an extensive history of occupation by foreign powers – Scandinavian nations, Nazi Germany, and the USSR.

I spent two days here in June of 2017 which was enough time to get a real taste of the historical city center and dive into the Baltic states before continuing on to Riga, Latvia.

This hostel was an awesome welcoming atmosphere to kick off my two weeks of solo travel. They have a bar in the common area, a fully-equipped kitchen, security lockers and free tea and coffee. They also provide a towel upon check-in. They have happy hours where they sell local Estonian beers for €1! The common space is great to meet other travelers, many people were doing the same route as me so we could compare recommendations and ideas. Saku was the local Estonian beer I drank the most – it’s a lighter, drinkable lager. 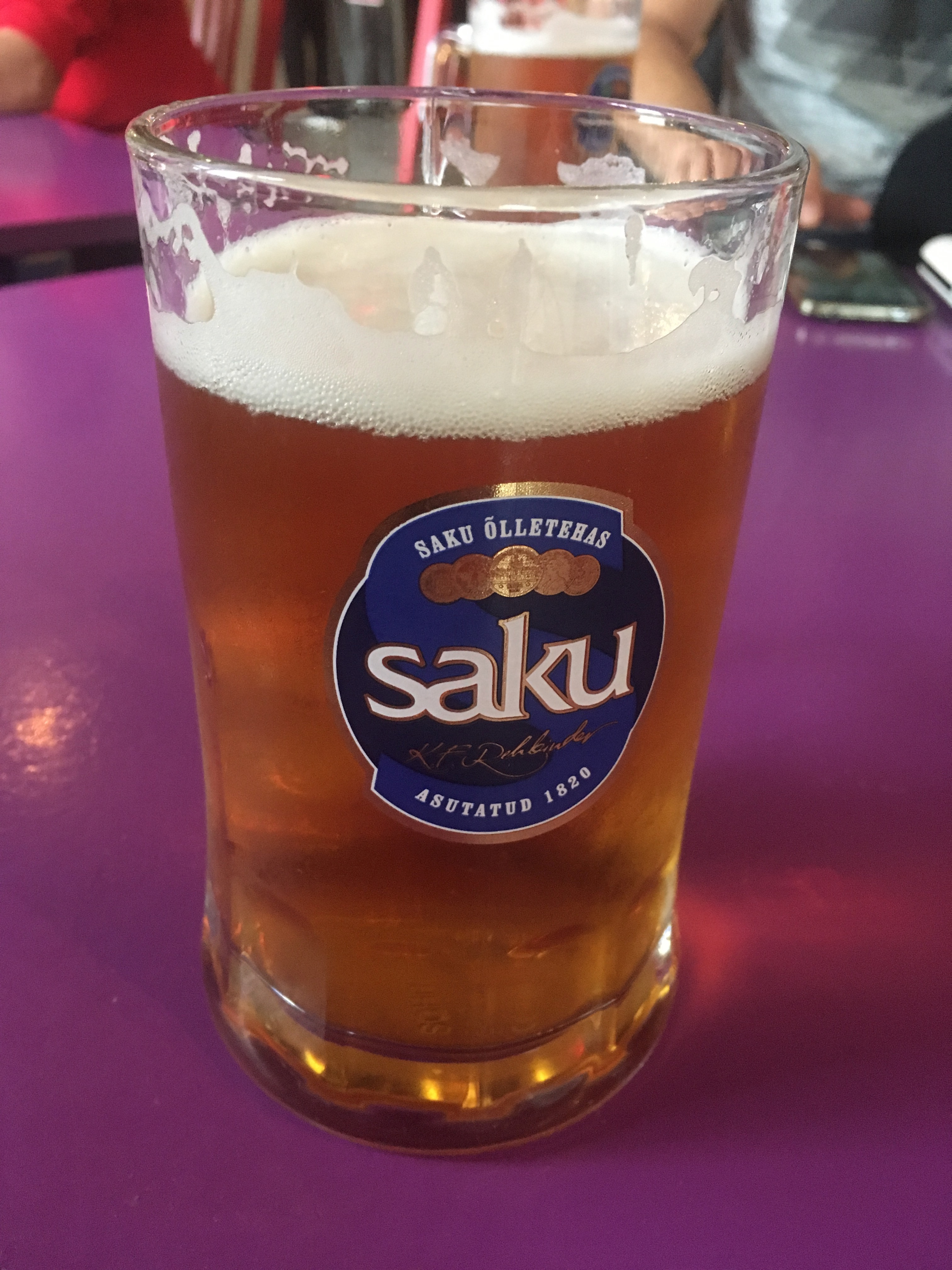 Starting every day at 1 p.m. this tour leaves from the main plaza area in front of the McDonald’s. It lasts about an hour and a half. Our guide, Jannika, was super informative, energetic and injected the tour with lots of interesting facts about Estonia. She painted a great picture of the city of Tallinn and the history of the country. My favorite thing I learned was about the “Singing Revolution” that started in 1986. It was the start of a series of huge protests by people singing Estonian songs that were forbidden under Soviet Rule. Estonia regained independence in 1991, without any bloodshed during the process. 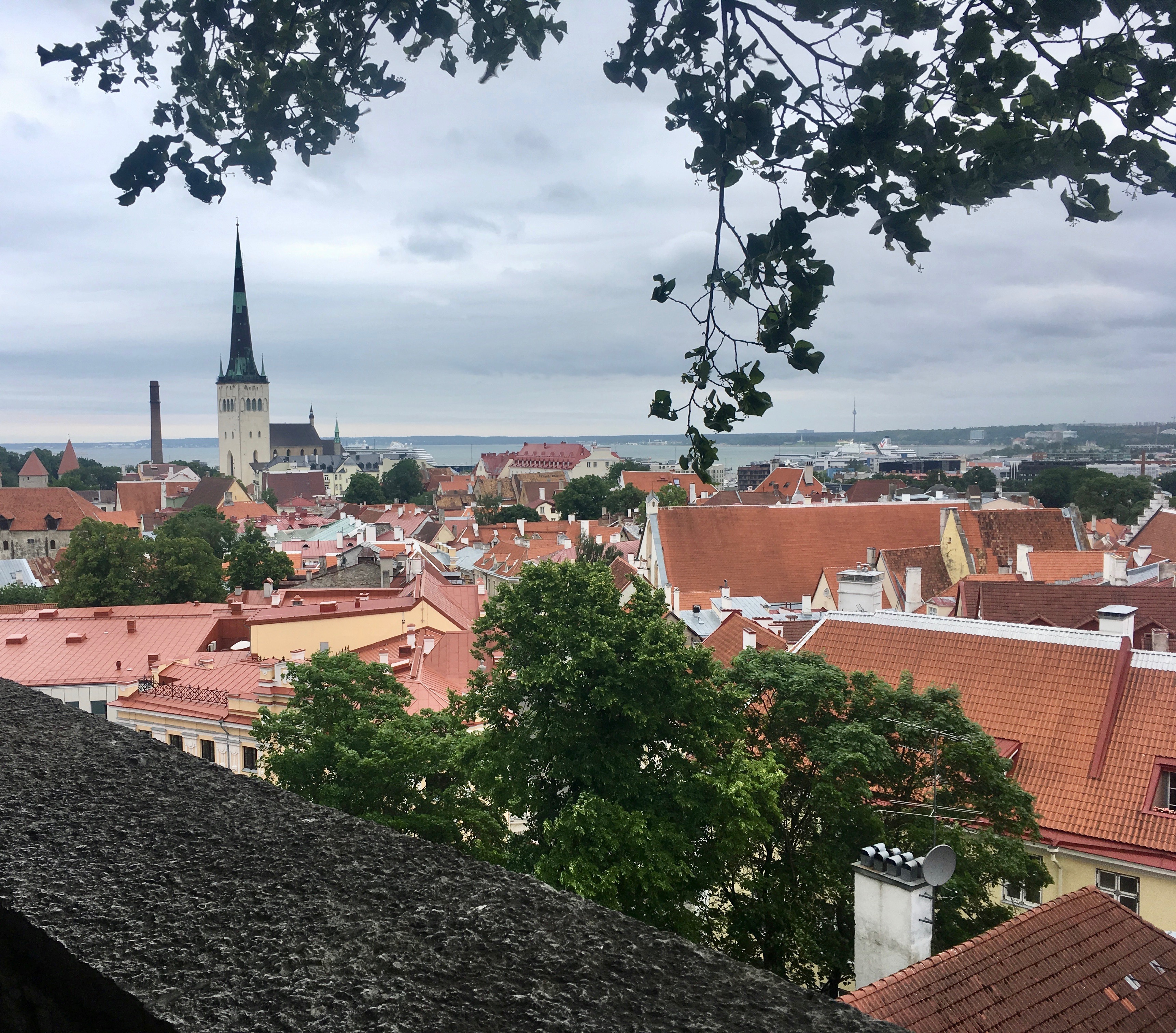 This place was a recommendation from both a personal friend and someone I reached out to on Instagram. Located close to the old town square, it is an absolute gem, a killer way to start a morning. They have two menus of Pancakes, sweet and savory. They are like huge crepes folded up on themselves. I tried the applesauce and cream, and a bacon, cheese & sour cream. They both were fantastic and enormous. If you’re traveling with friends I’d recommend getting different pancakes and sharing them. 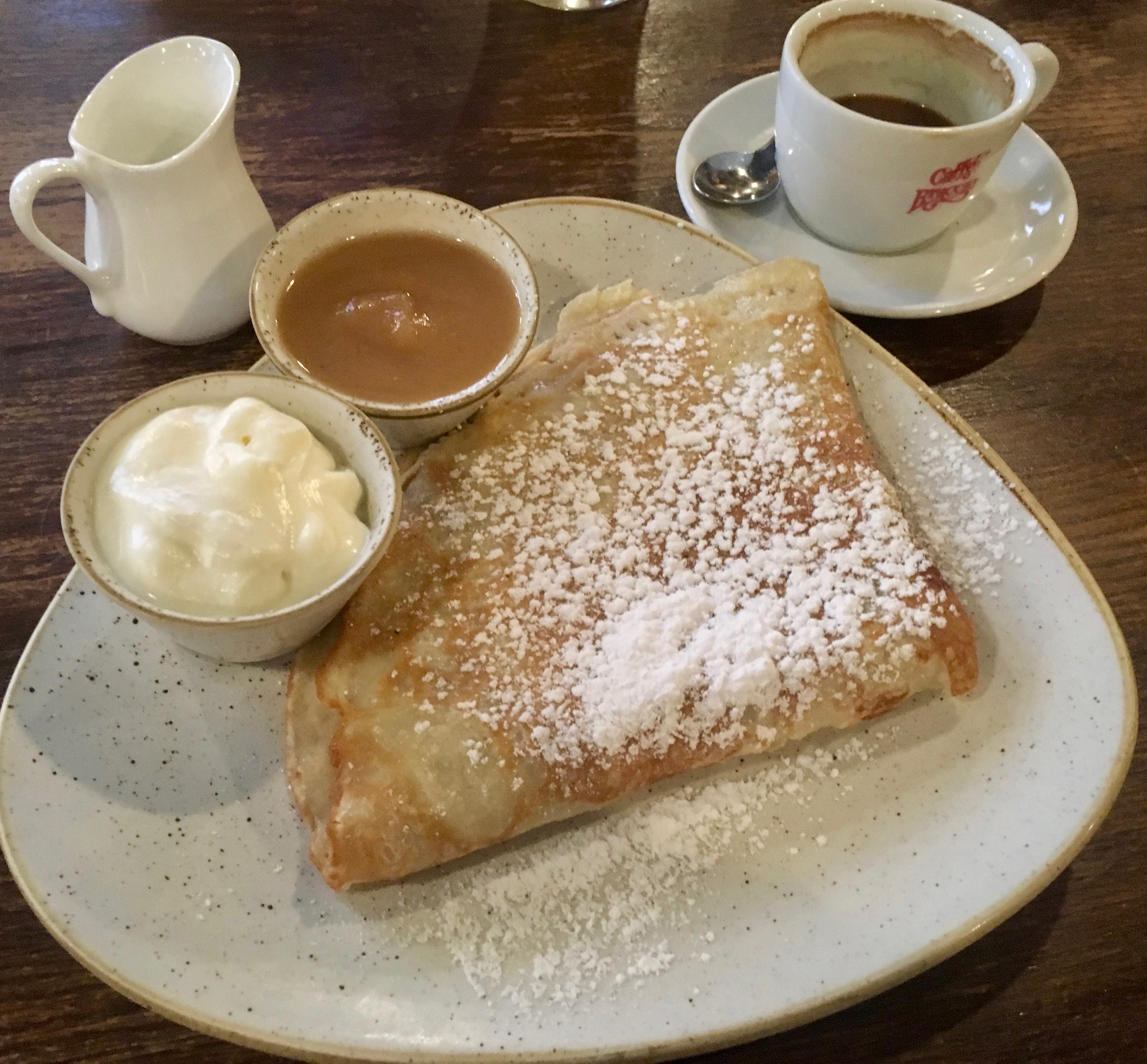 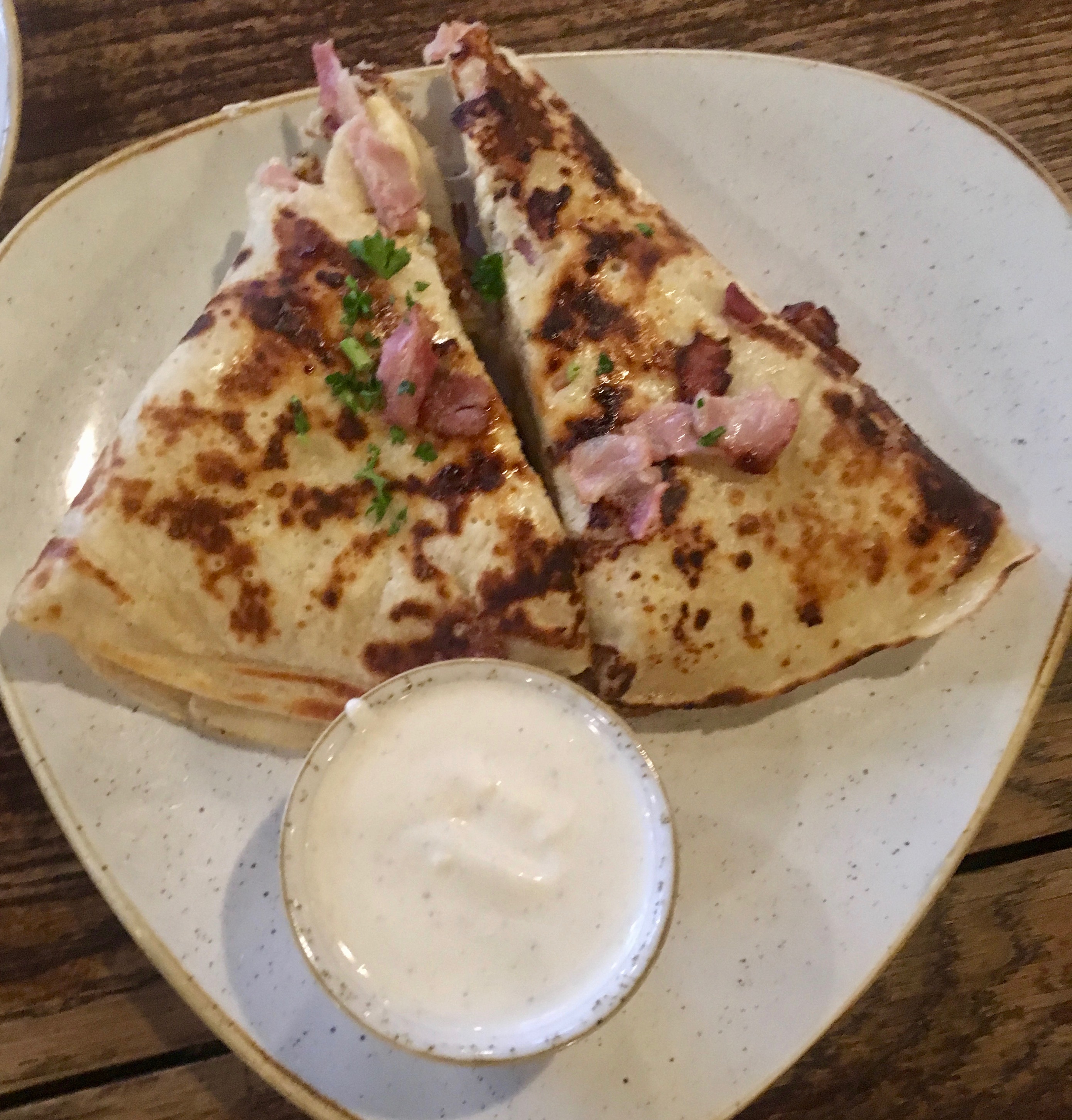 A themed restaurant right off the main square. This is an entertaining spot to stop at for a beer and a small afternoon snack. They play up the medieval motif to the max; the restaurant is in a dark, stone cave of a building. We ate sausages and different meat and vegetables pies, which paired well with their beer and cider. 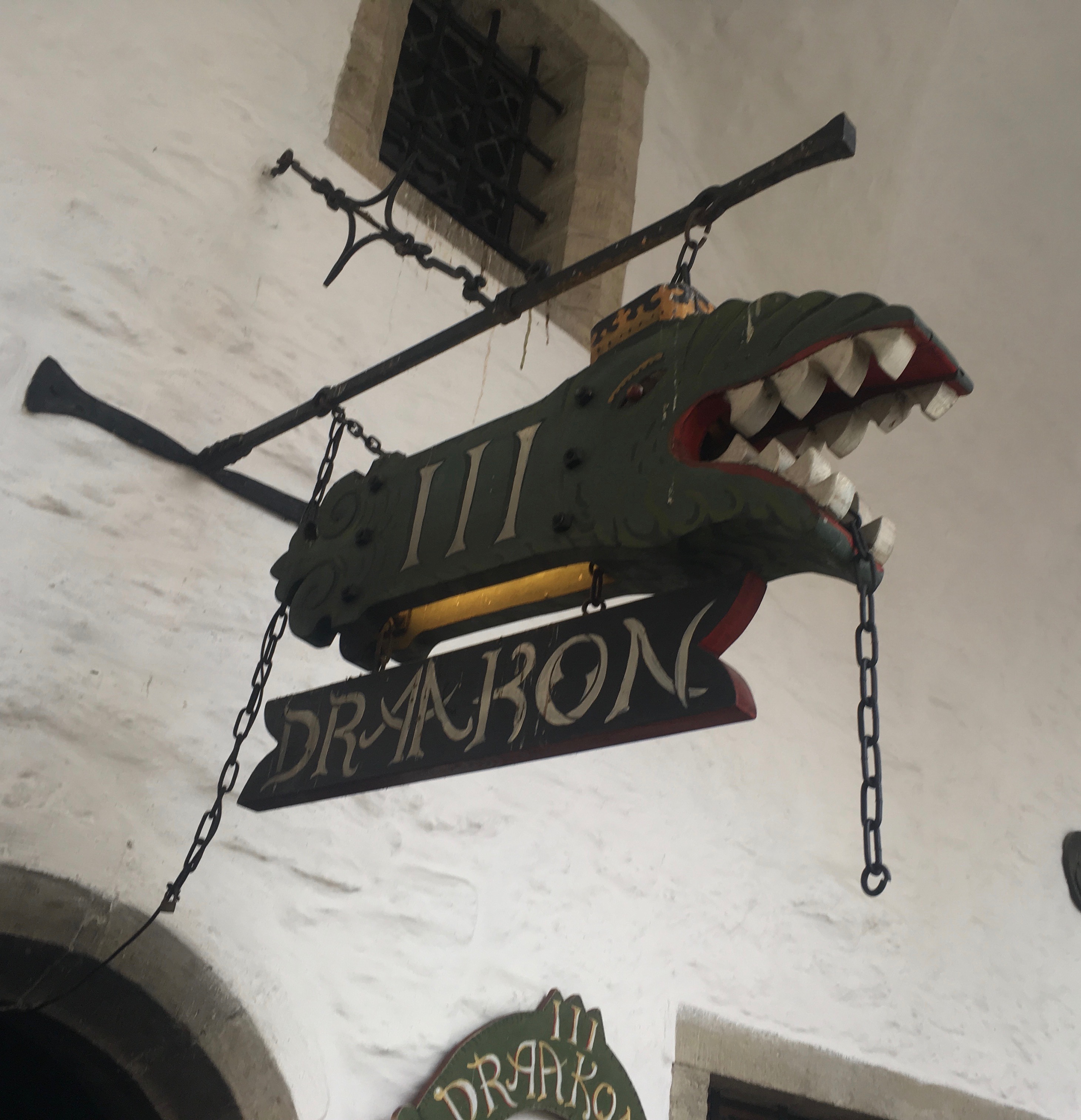 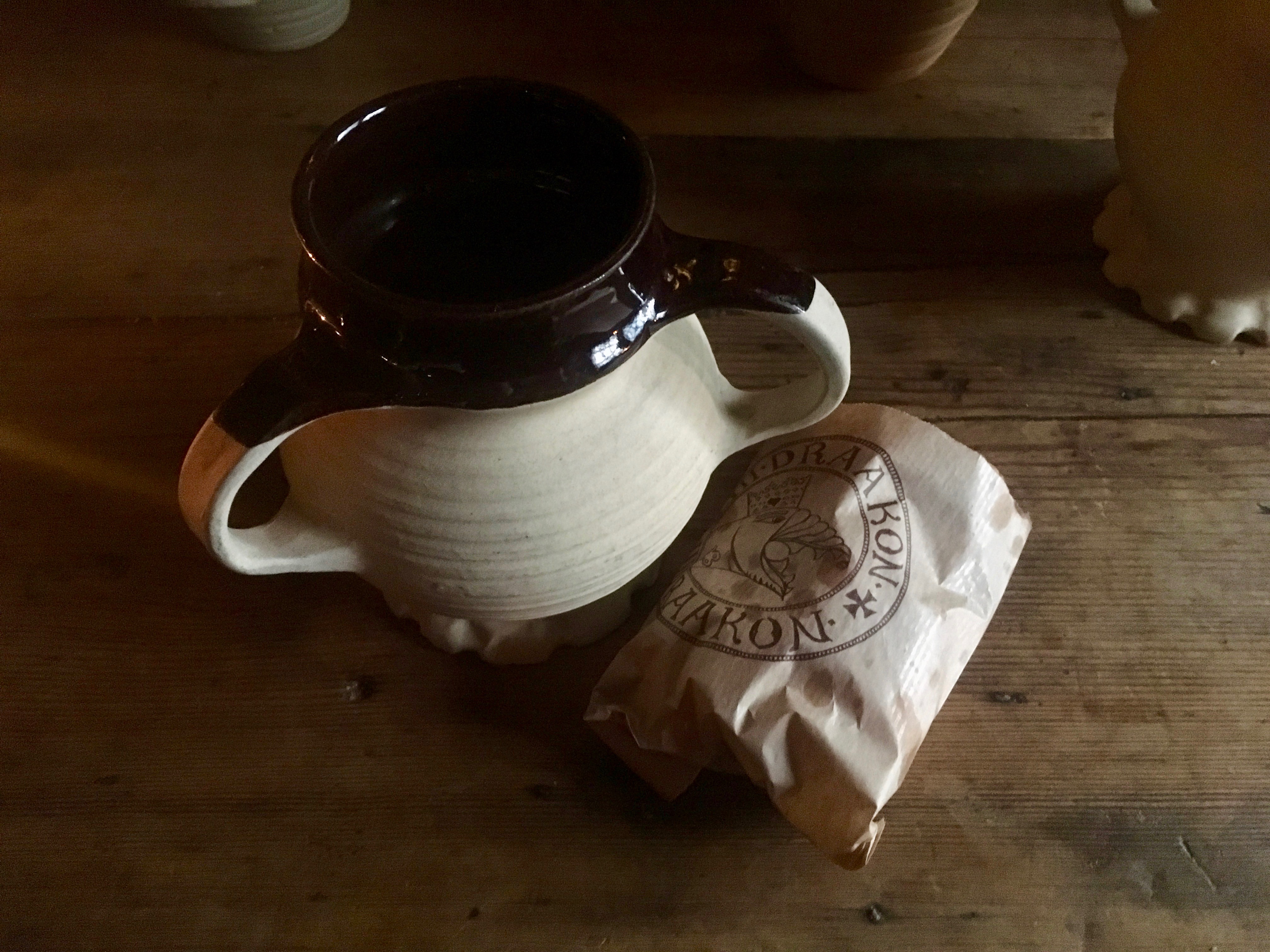 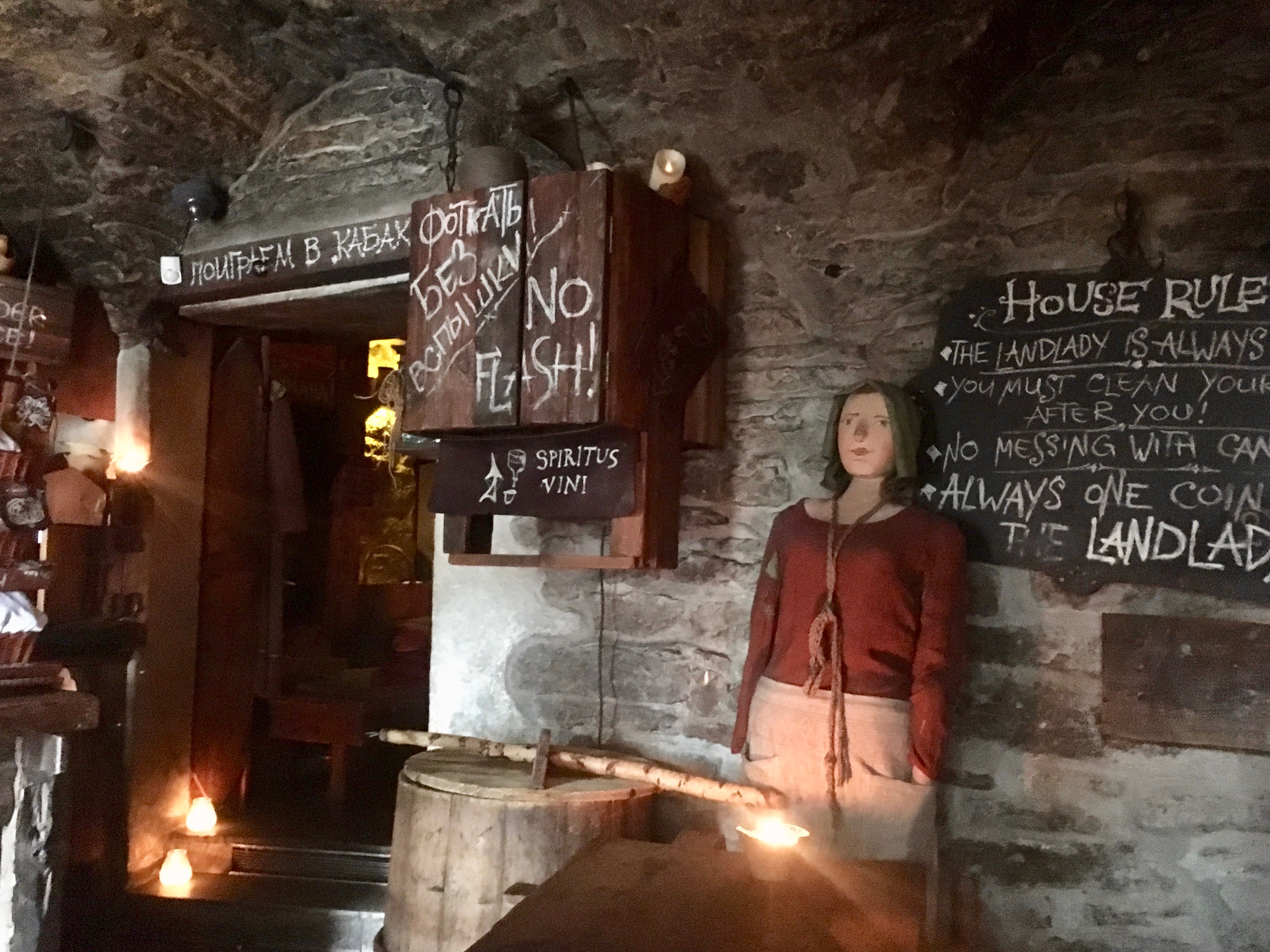 This impressive Russian Orthodox Church sits near the Old Town of Tallinn. While most of the country identifies as non-religious, there is a sizeable Russian Orthodox population. The cathedral is free to enter, but no photos are allowed in the interior. 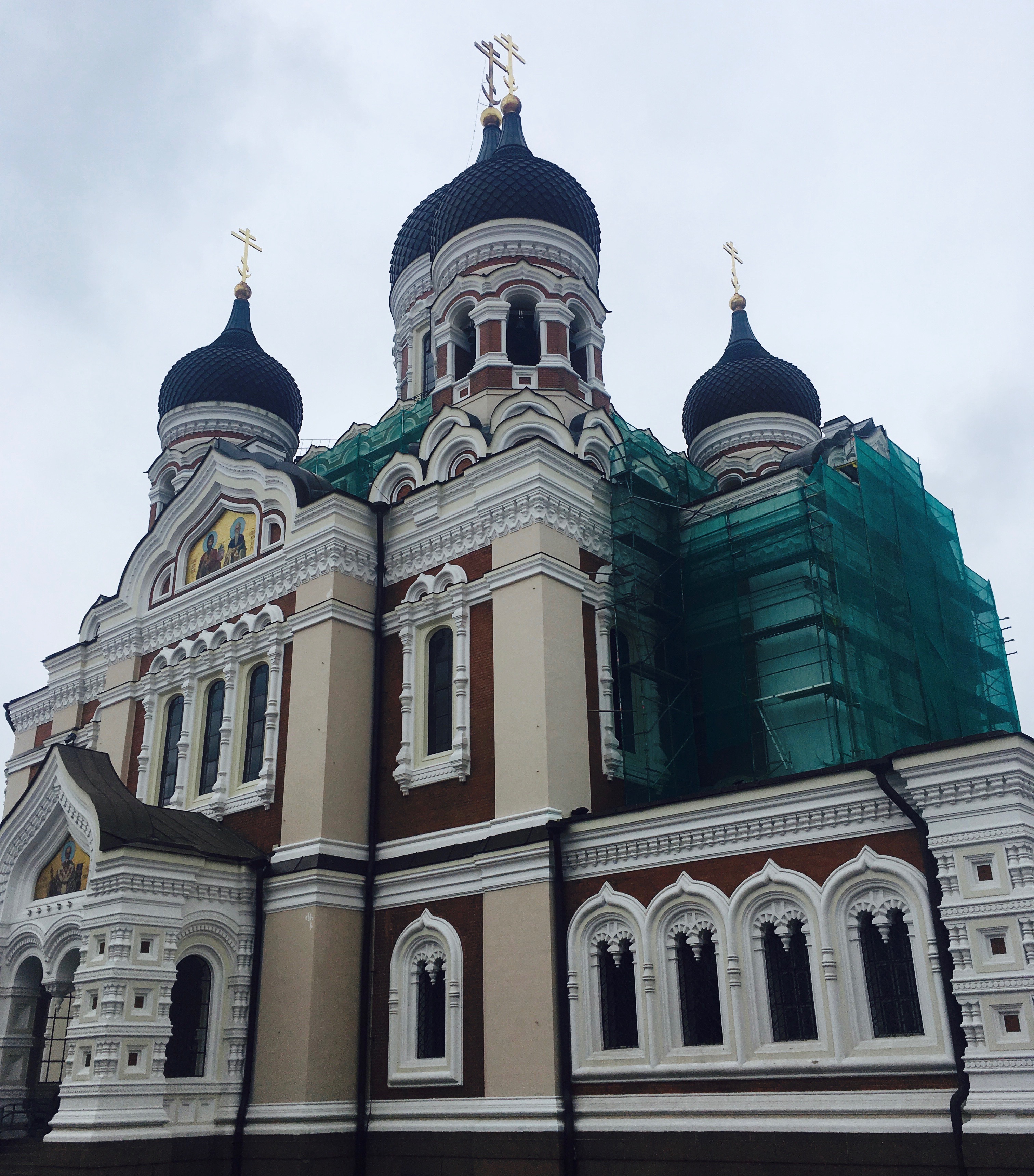 The main town hall square of Tallinn is the primary focal point of the city. Colored buildings enclose the plaza, and there are restaurants with terraces. These restaurants are far more expensive than options you’ll find on the side streets. 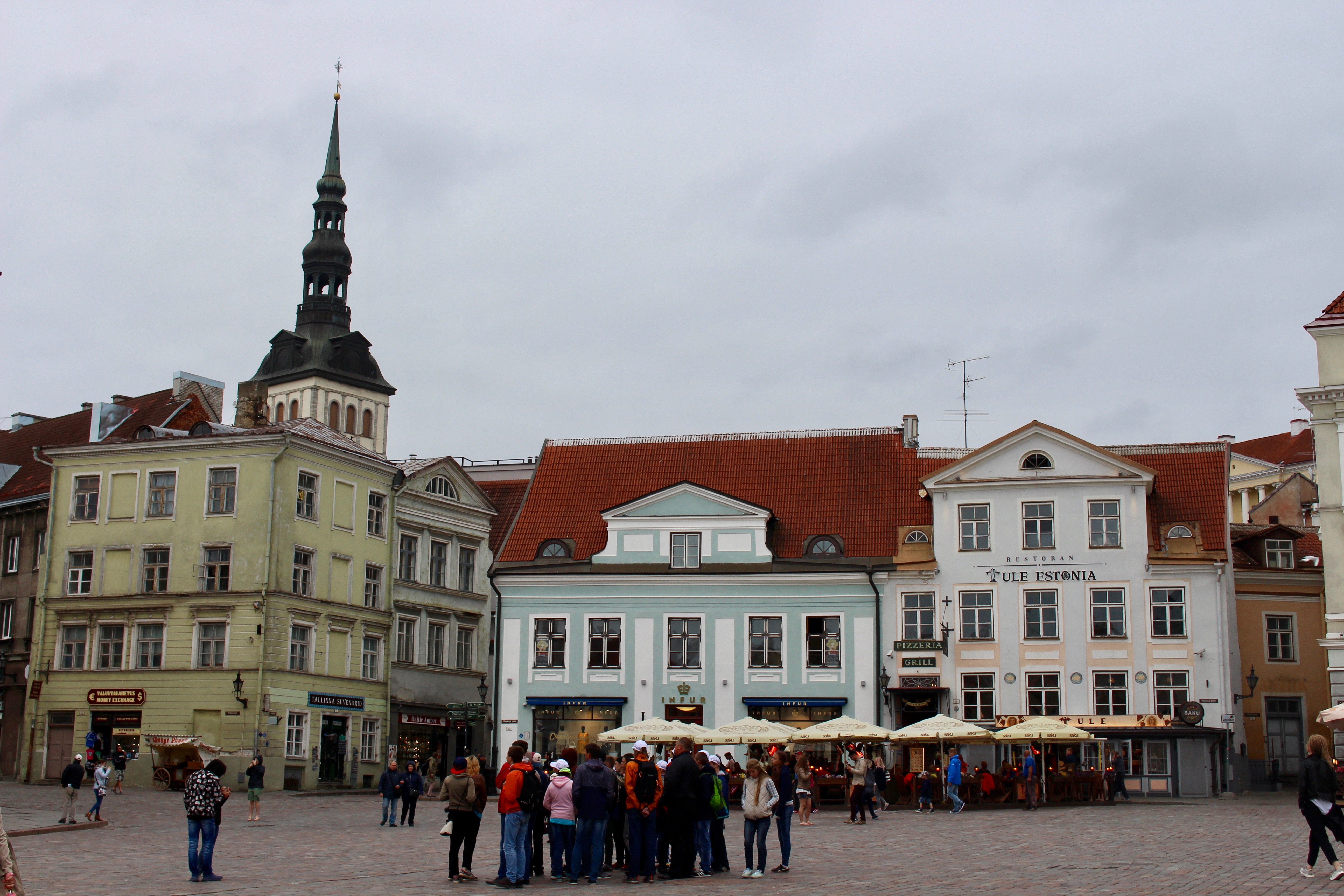 Another interesting free stop is this pharmacy. Located in the main square, it’s one of the oldest pharmacies in Europe, first opened in the 15th century. It has some old pharmacy equipment, apothecary jars and different odds and ends. 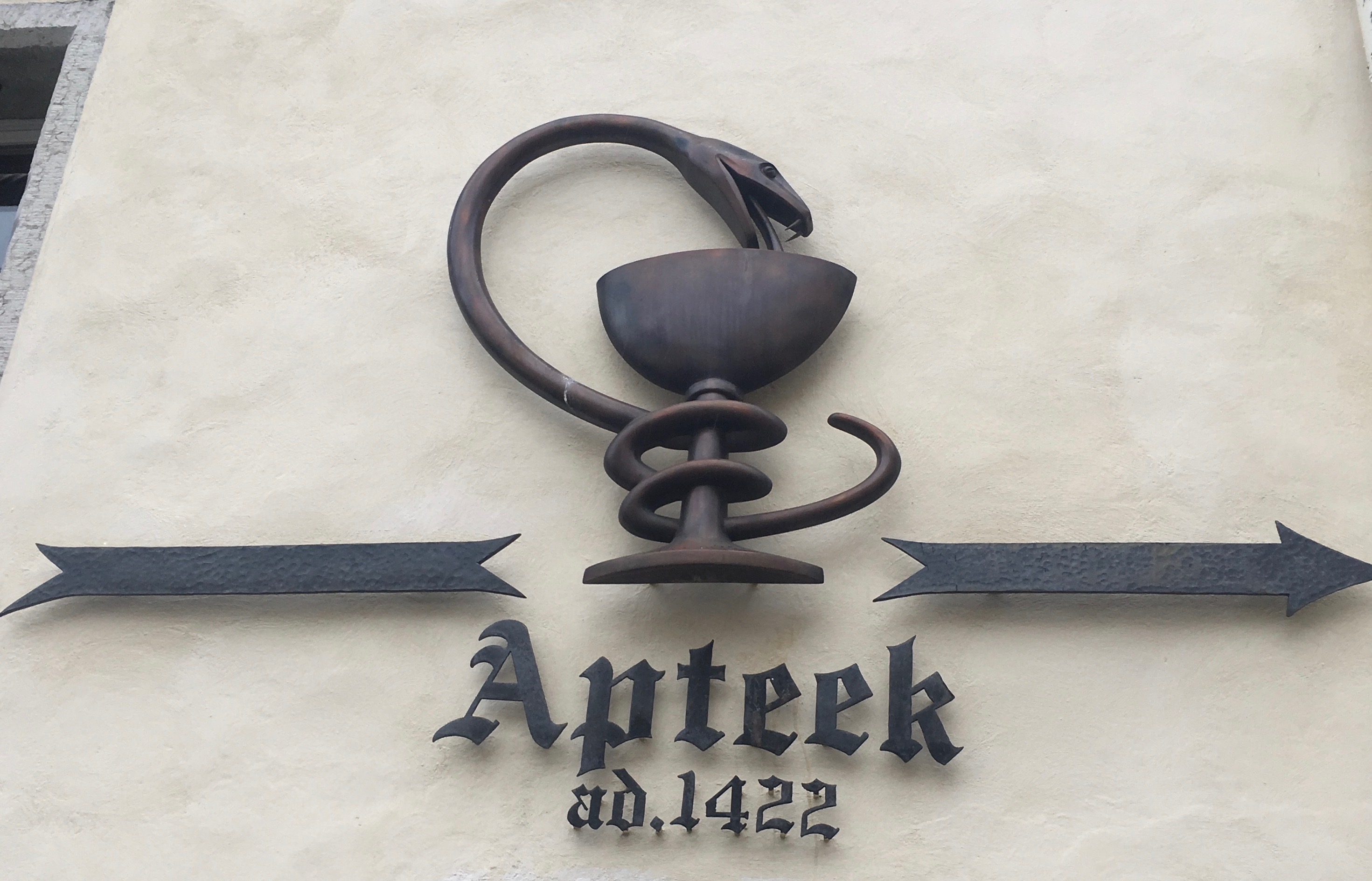 Recommended as a cheap place to eat, this restaurant is in a shopping mall not far from the old town. It is very Disney World, over-the-top themed restaurant. It has a huge selection of different food options, it’s cafeteria serve-yourself style. For €10 I got a huge brunch selection that kept me full until dinner time. I wouldn’t say this is a place you HAVE to visit, but it was definitely a good deal, and there was a wide variety of things to choose.

This was the perfect place to grab an afternoon beer after our walking tour. Located in a big market, it’s a classic brewery with a Scandinavian style decor and a huge variety of beers on tap. 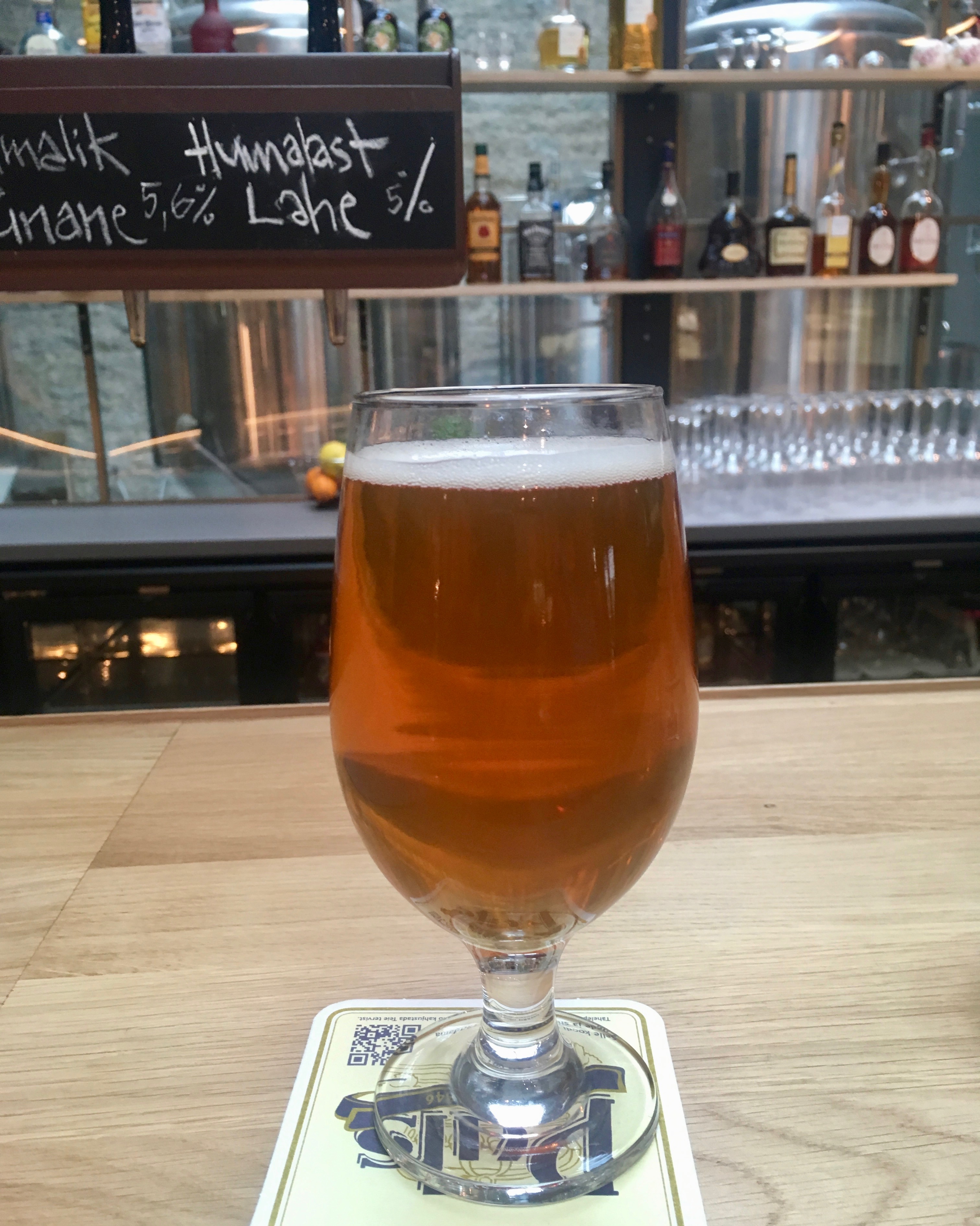 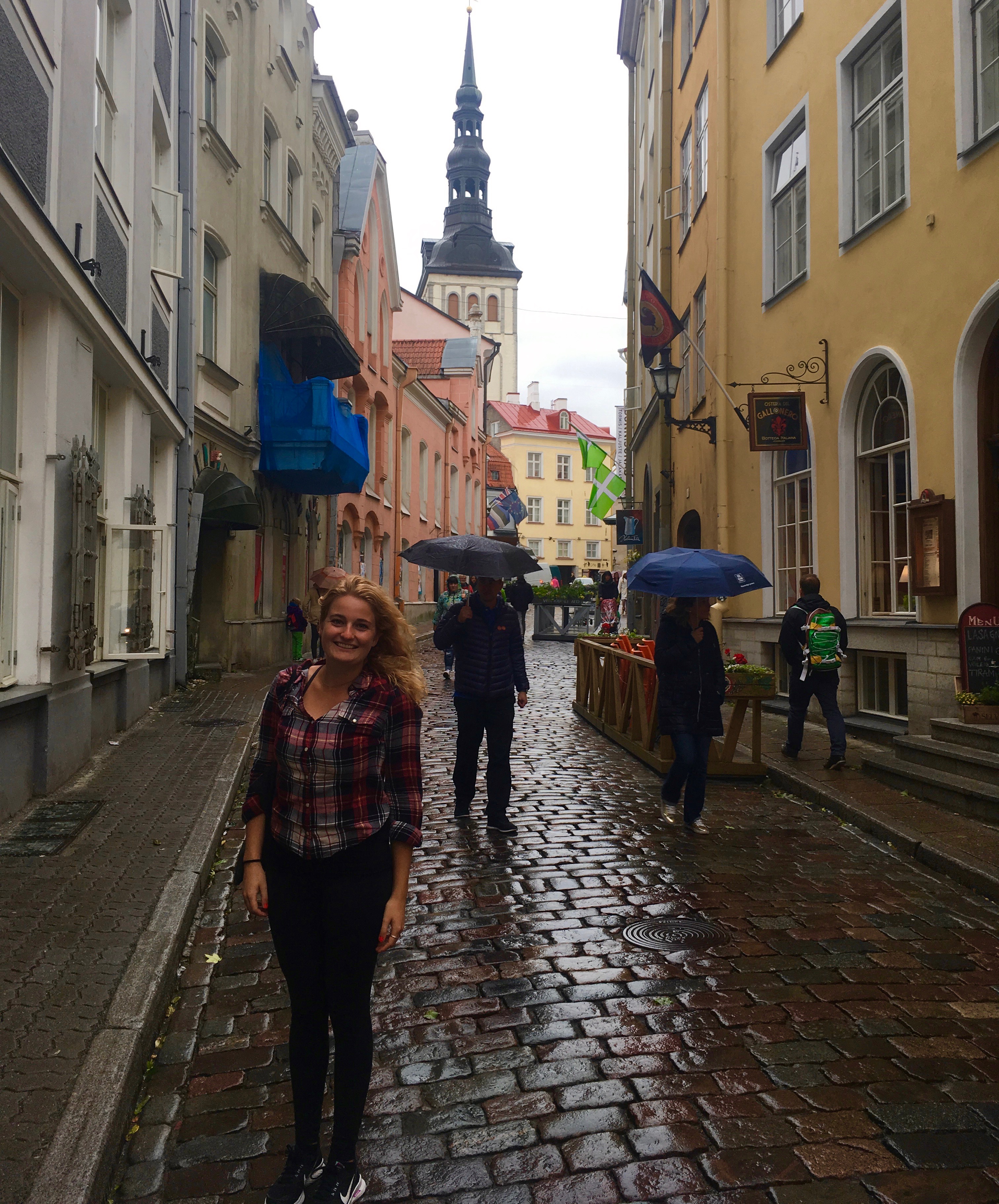 Estonia is a nice country to visit, especially for Europeans looking for an easy getaway weekend to a new place. The food and beer are cheap, and the people are friendly. I didn’t encounter anyone who didn’t speak English or at least try. I’d highly recommend a stop here. 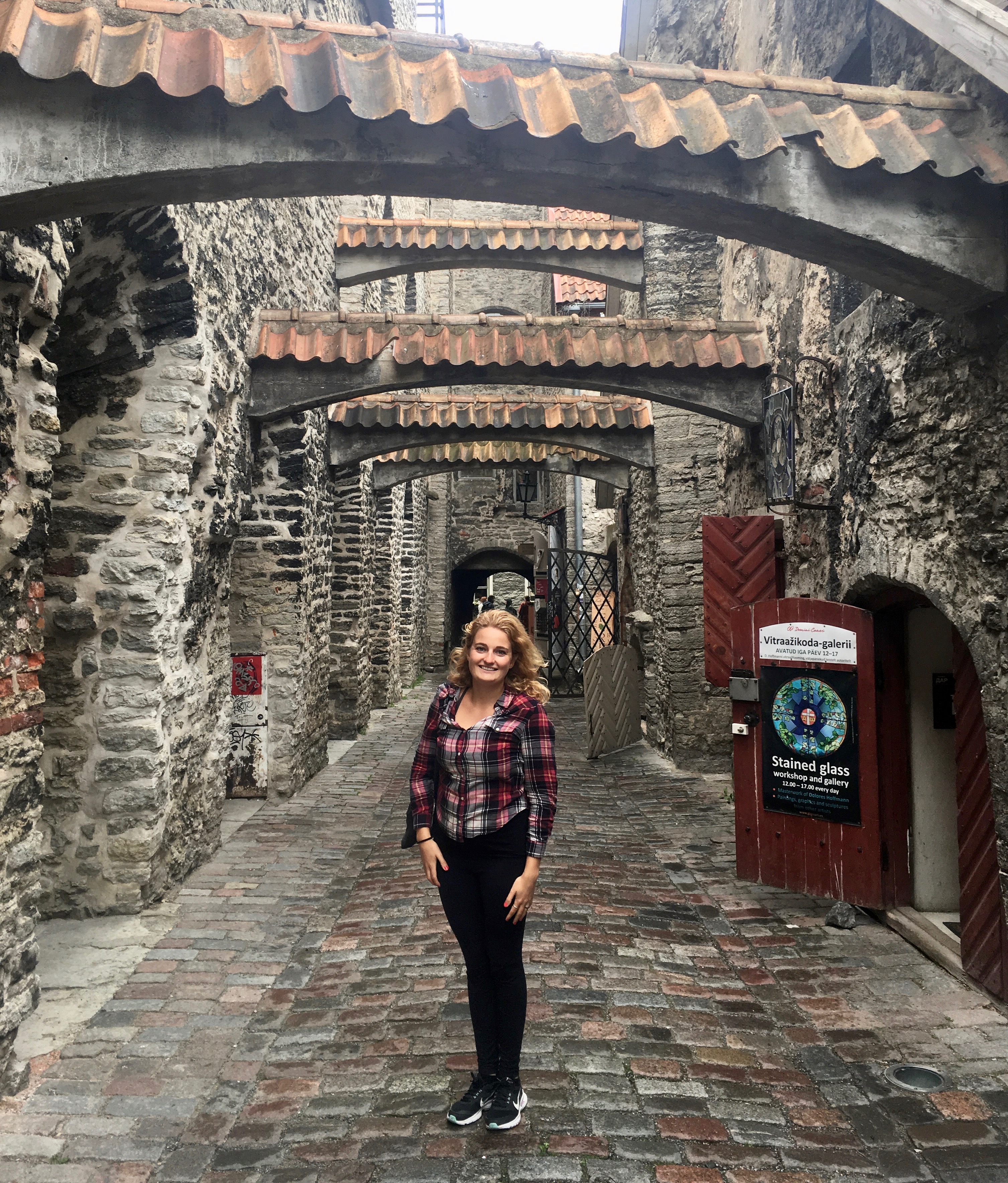 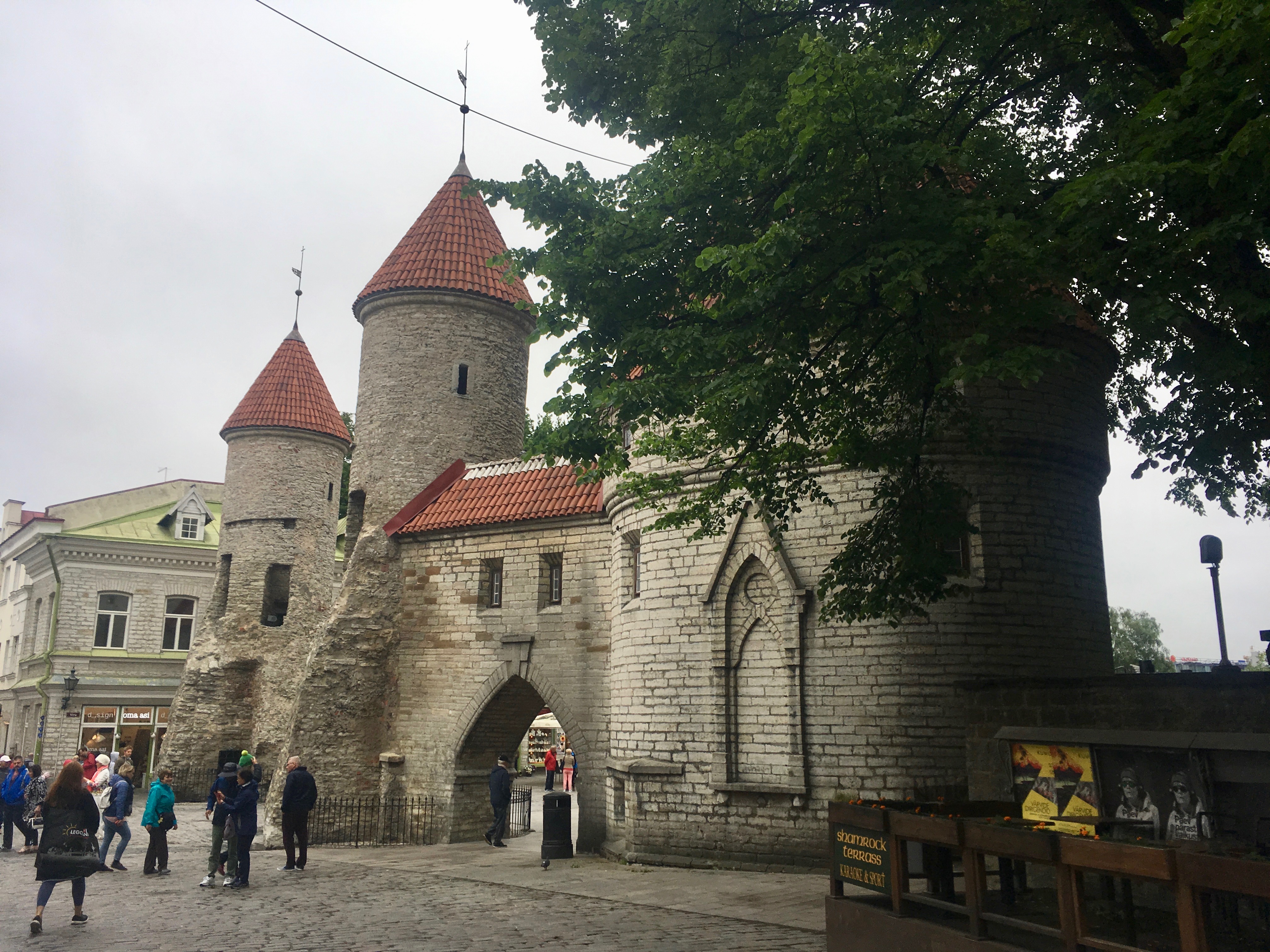 You can now read this article offline and get GPS-guided travel directions to the attractions featured in this article by downloading the GPSmyCity app!