I’ve been getting caught up on blog posts lately, writing content from experiences I had a while ago, which has been incredibly fun to reflect and think back to travel experiences.

During my final months as an English Teacher in Madrid, some of my co-worker friends and I took a day trip to Toledo, to try out the “Longest Urban Zipline in Europe” which I am pretty sure we saw on some sort of hyped-up travel blog, but nevertheless wanted an excuse to spend a day wandering around Toledo.

I first studied abroad in Toledo in 2014, and this city is where I really fell in love with Spain. A tiny regret I have from being in Madrid for two years is not making more of an effort to visit for weekends – it’s only an hour away, but for some reason, I was always too busy exploring other places.

Getting to Toledo from Madrid

It’s super easy to get to Toledo from Madrid. You have several options – by rental car, it’s a 55-minute drive. You can take a bus from Plaza Eliptica (it’s a metro station AND a bus station – once you arrive here on the metro, head to the “Estación de Autobuses” part and buy a ticket. The bus company is ALSA and the ride from Plaza Eliptica takes an hour and a half. You can also take the high-speed train which takes 30 minutes and leaves from the Atocha train station.

Once you arrive in Toledo, take plenty of time to wander around. This city is so ancient and really feels like a fairytale – with all the historic architecture contained within the Tagus river that wraps around like a moat.

So the “Longest Urban Zipline in Europe” is owned and operated by Fly Toledo – it costs €10 for a jump and the instructors are all very professional. They’ll get you suited up with a helmet and let you take your GoPro for the jump. Despite being touted as the longest urban zipline in Europe, it’s a really short ride. If you’ve gone ziplining in Costa Rica through the rainforest canopy, it’s probably not going to be as exciting, but it IS cool to zipline in an urban setting, surrounded by ancient buildings. 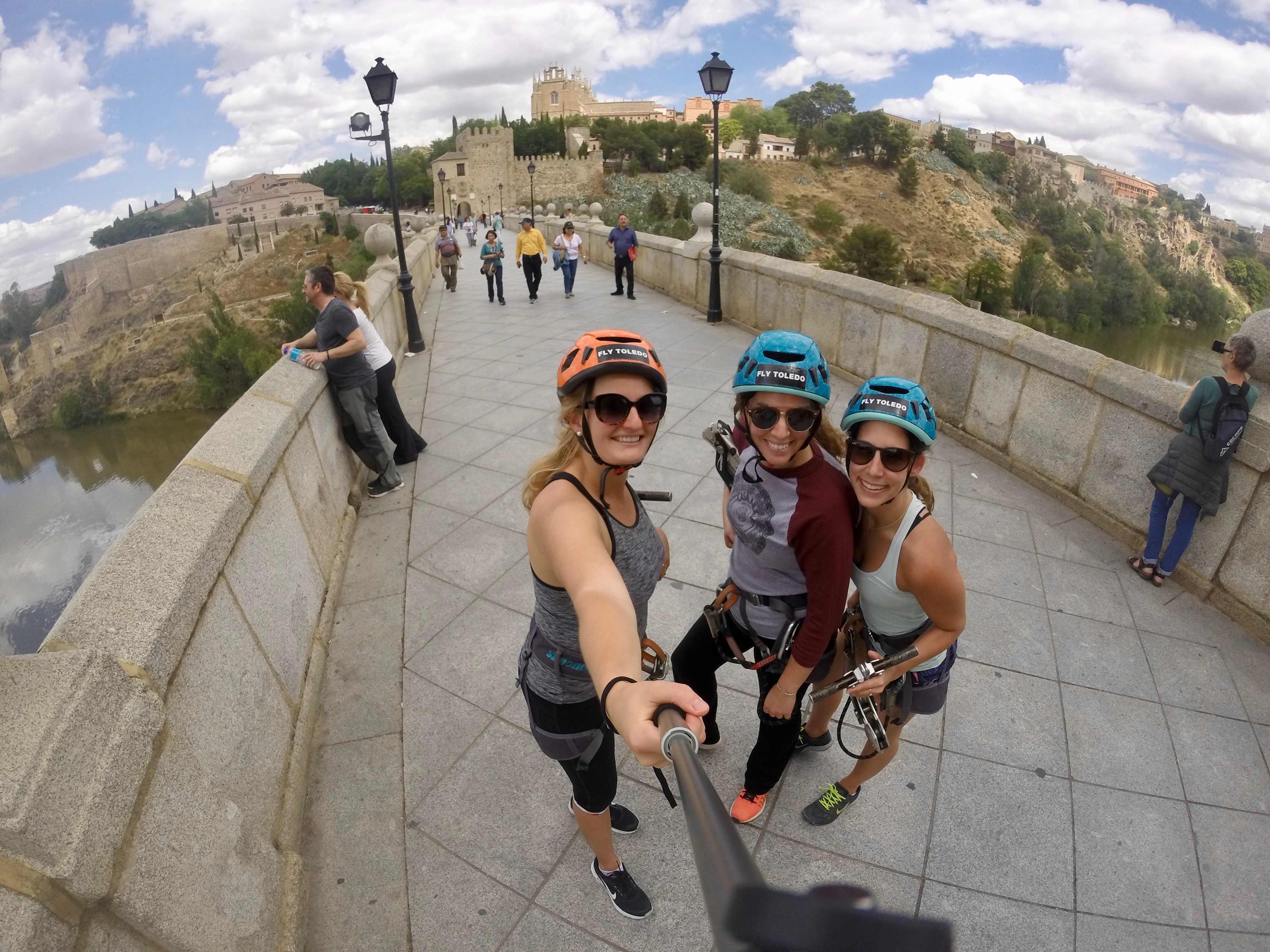 Toledo Things to Do (besides the zipline)

Since the zipline ride will take all of 15 minutes of your time, it’s in your best interest to plan on exploring a lot more around this beautiful town. Here are some of my favorite things to do in Toledo, Spain.

Ready for more outdoorsy-active fun? Toledo has some great hiking opportunities, both within the city walls and outside.

After your quick ride on the zipline, hike to La Piedra and the Mirador. It’s a giant rock that provides a picturesque view of the city. You’ll see the Alcazar of Toledo, the Cathedral, and the compact city sprawl within the Tagus River. It encircles the old town (casco viejo) of Toledo, creating a true sensation of a medieval settlement.

Definitely bring some beers and snacks to the top, both as a reward for the effort you’ll exert hiking, but also for a little picnic with a stunning view. 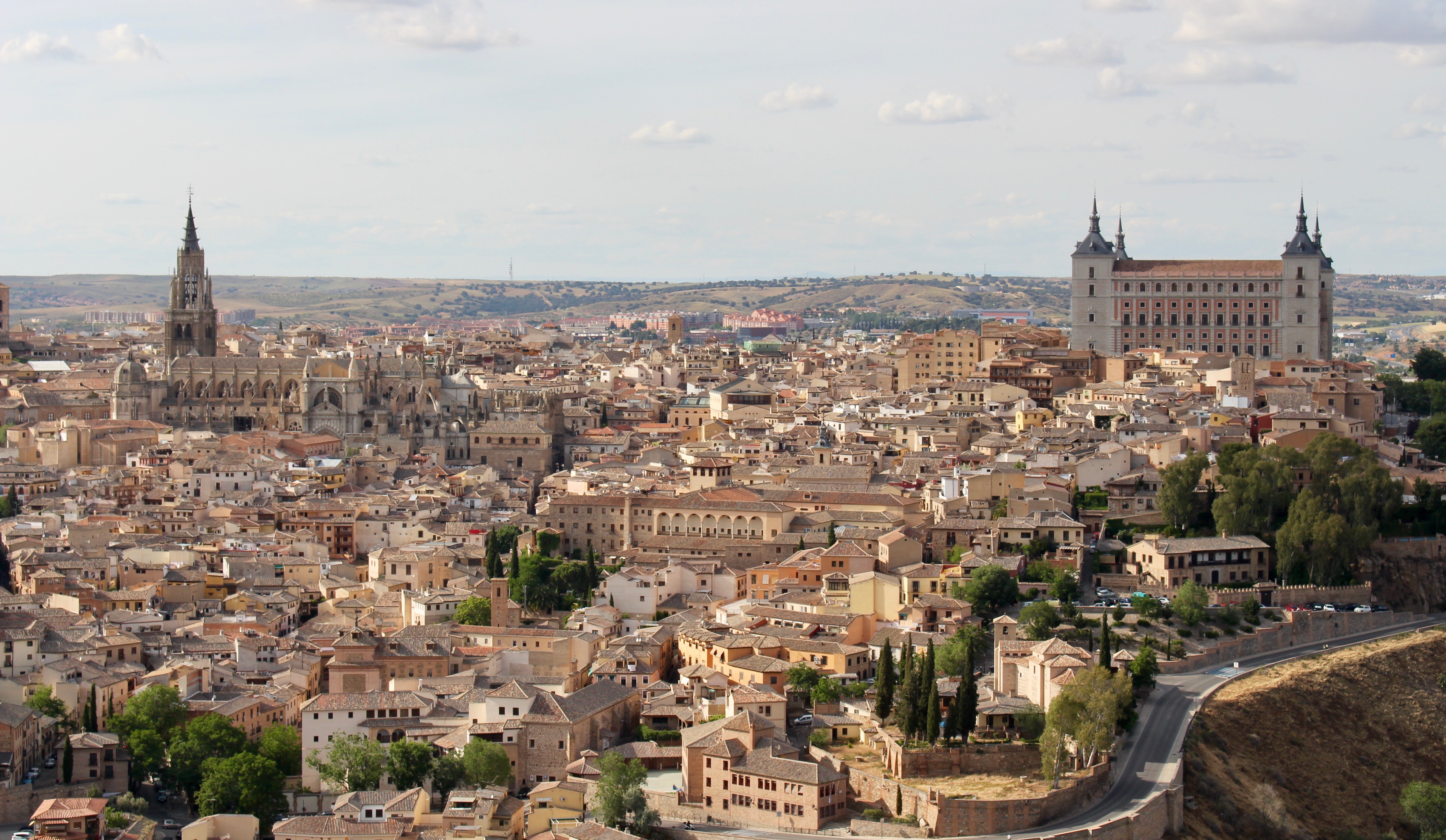 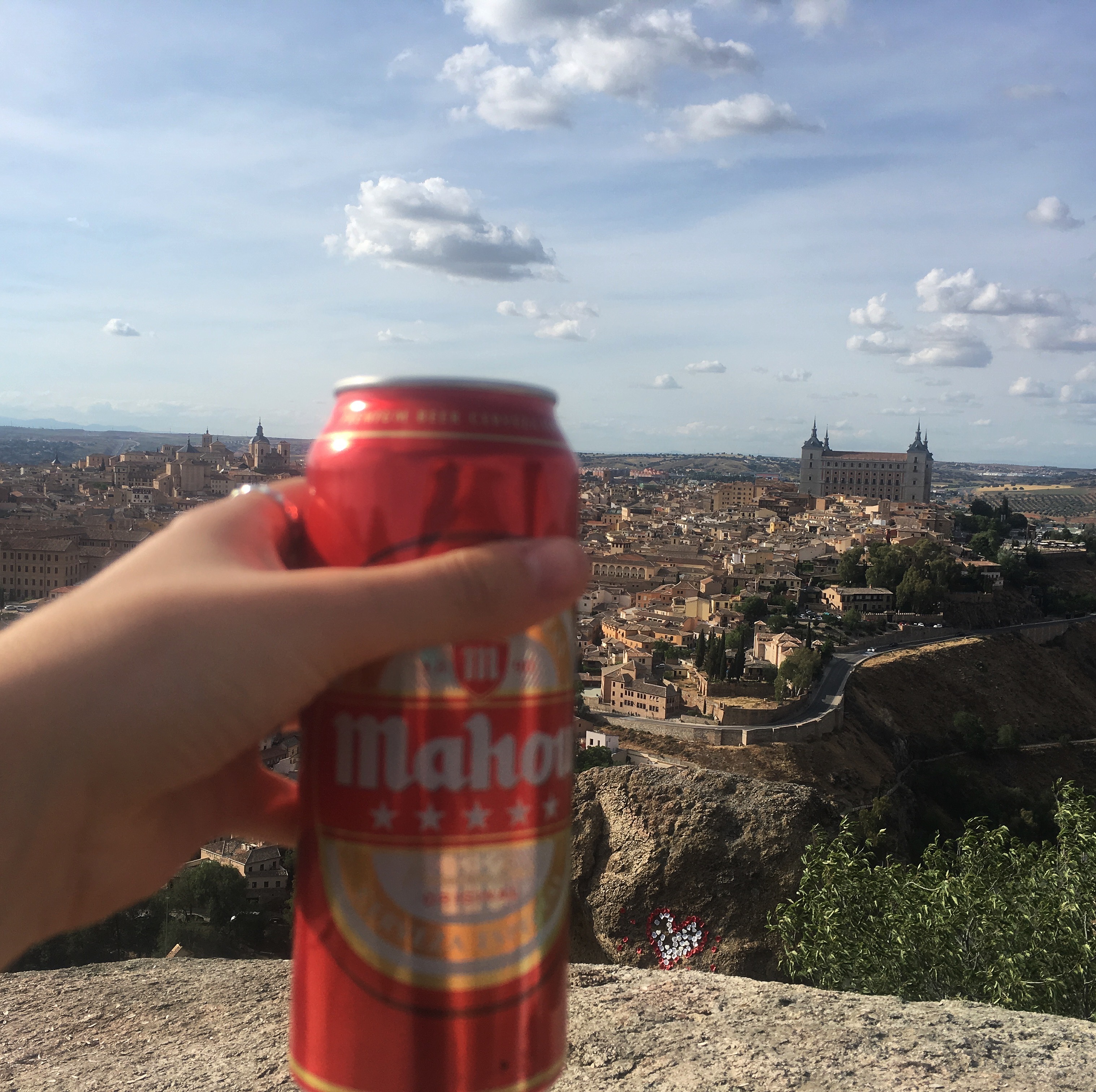 The Toledo Cathedral (Catedral Primada Santa María de Toledo) is a must-see for anyone visiting Toledo, and even if you’re just planning to see Madrid, a day trip here to tour this church is worth it. No photos do it justice, and even if you’ve been traveling around Europe and have thought “ugh, but I’m so over cathedrals and churches” you’ll need to muster the strength to see one more. It’s. So. Worth. It. 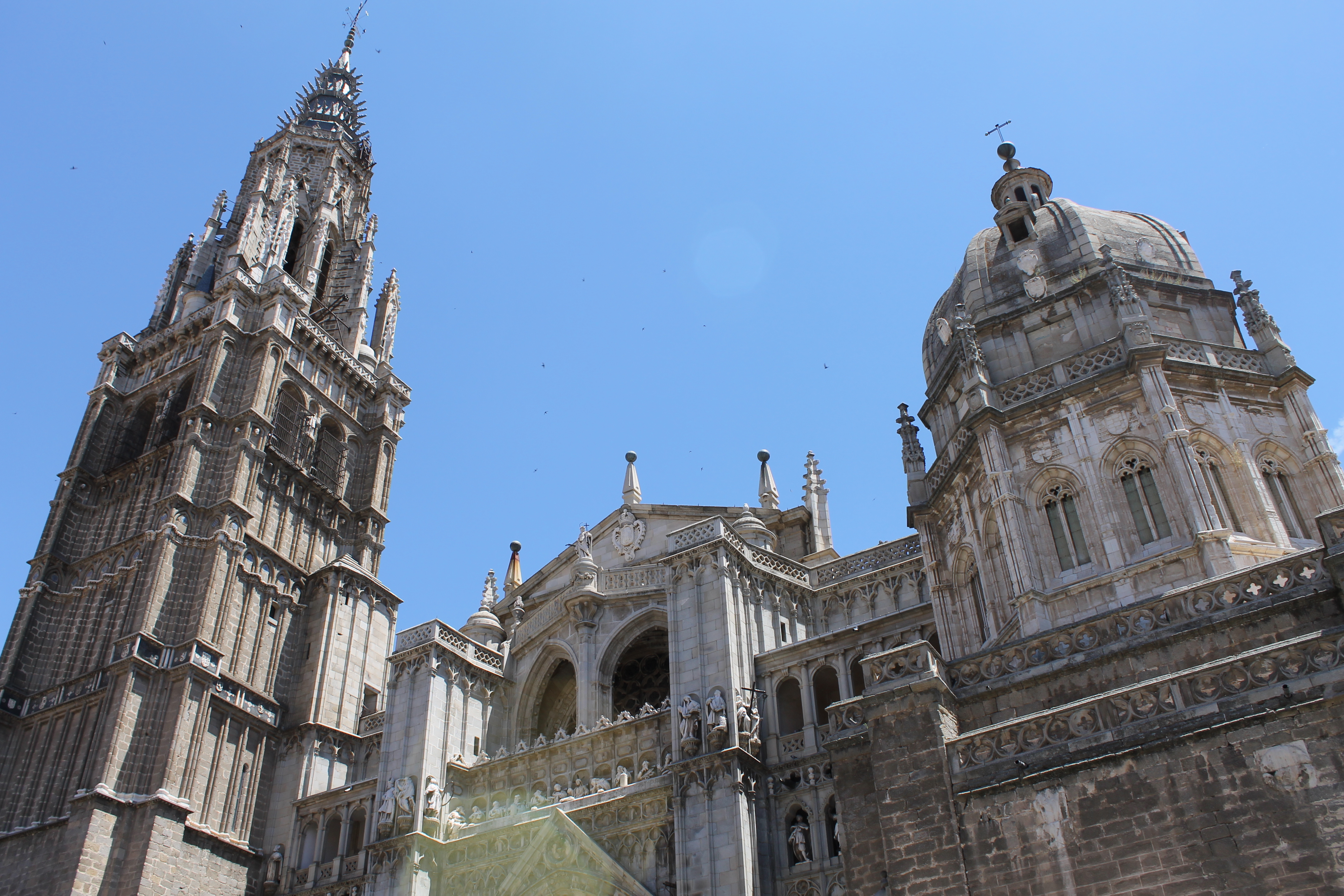 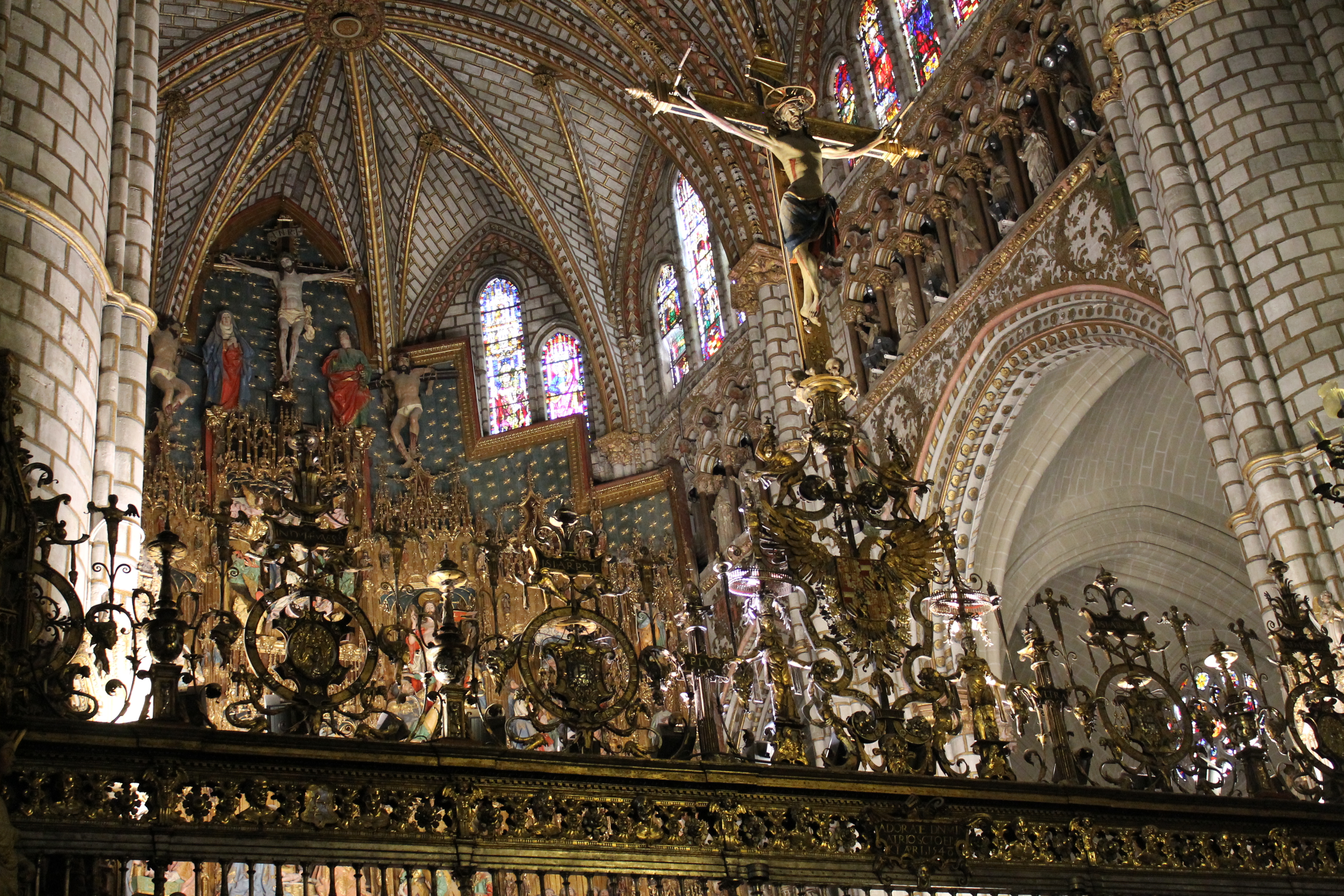 Enjoy a drink & tapas in a plaza

Once you’re tired of activities – it’s time to sit, drink, and eat.

A few of my favorite bars and restaurants in Toledo include:

Dragos and Enebro for amazing drink specials. We really got to know the bartenders here during my study abroad, and there’s always a fun atmosphere both indoors and out at both spots. 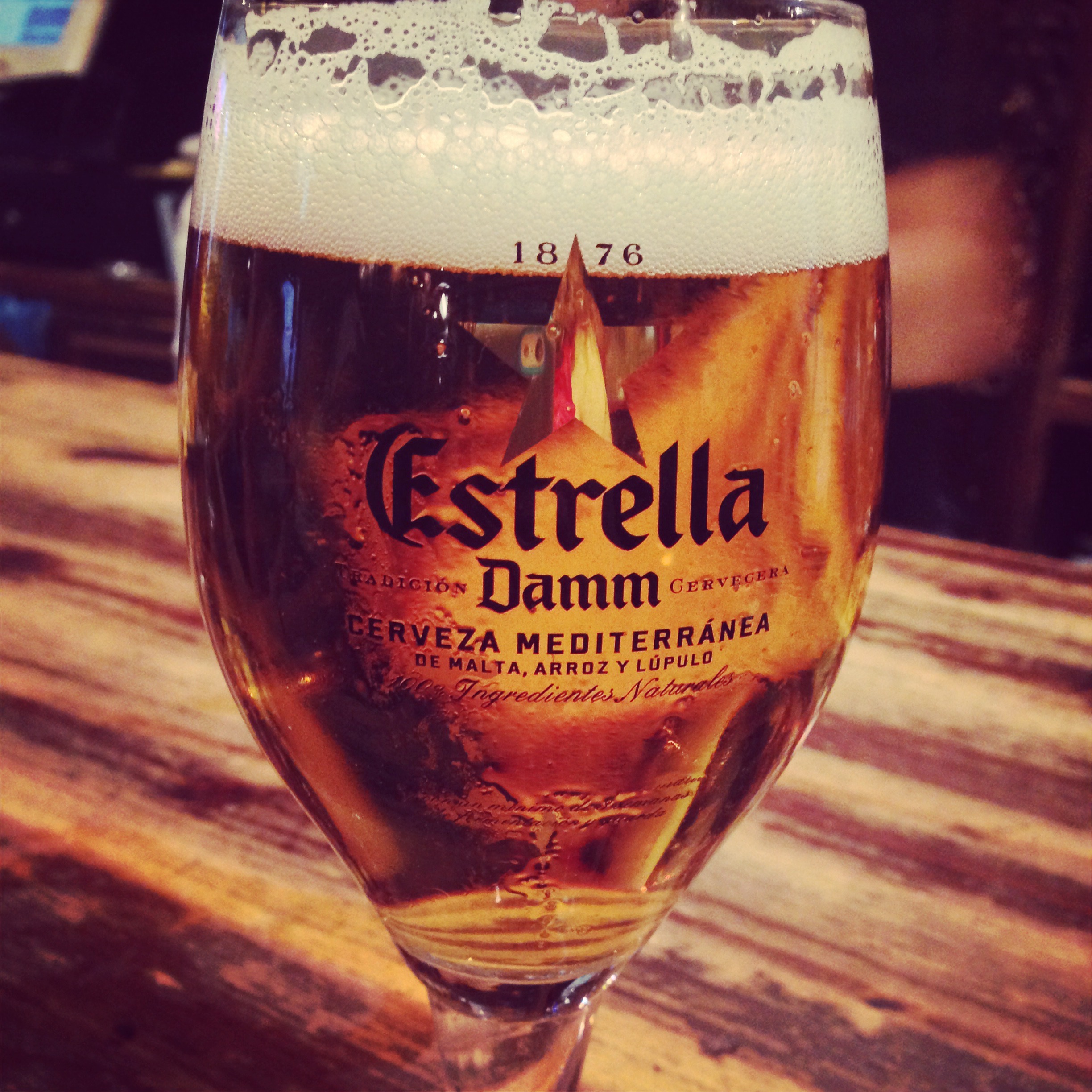 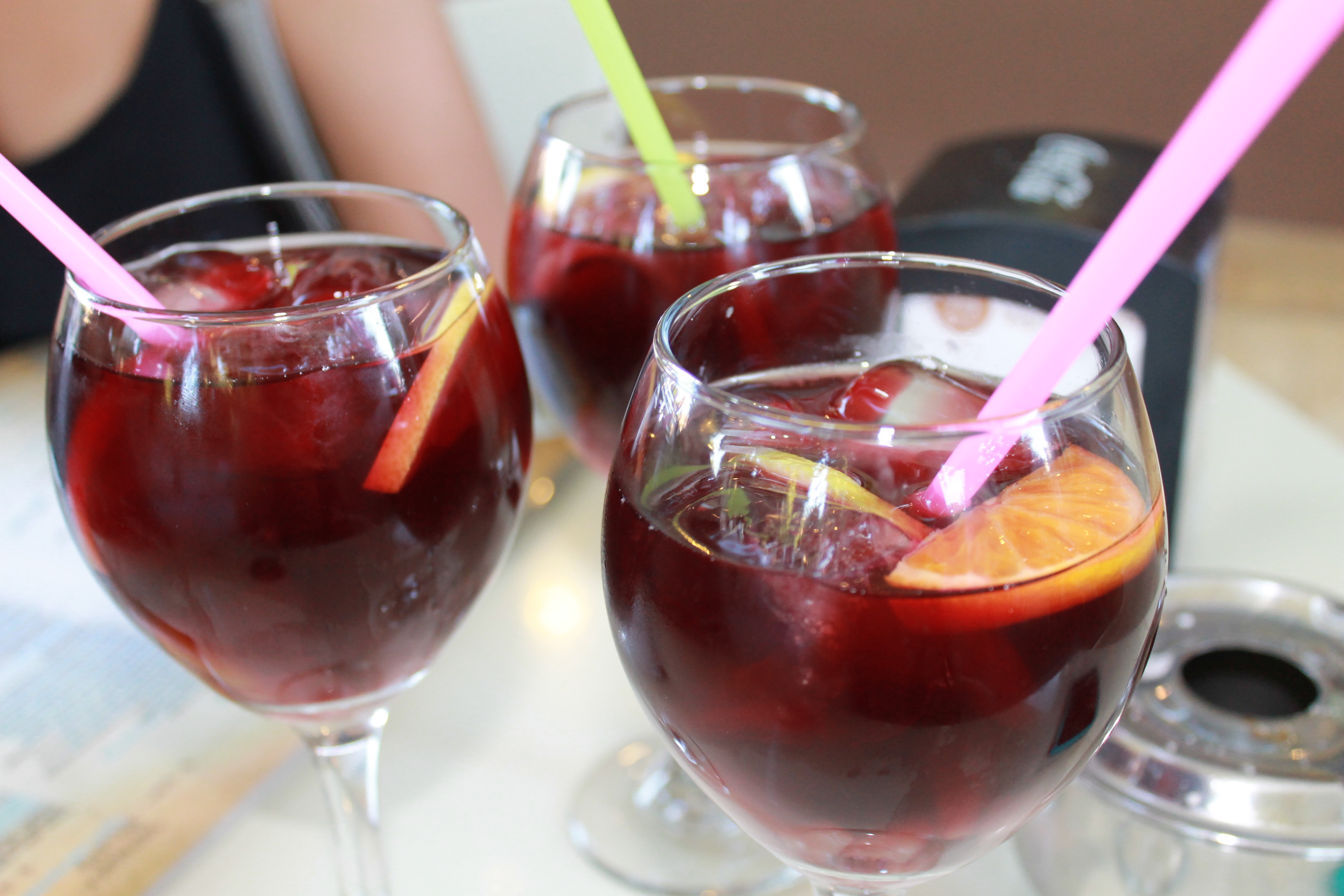 El Trebol – fantastic tapas and small bites to try. Order a “Bomba” – a potato stuffed with meat and lots of deliciousness. 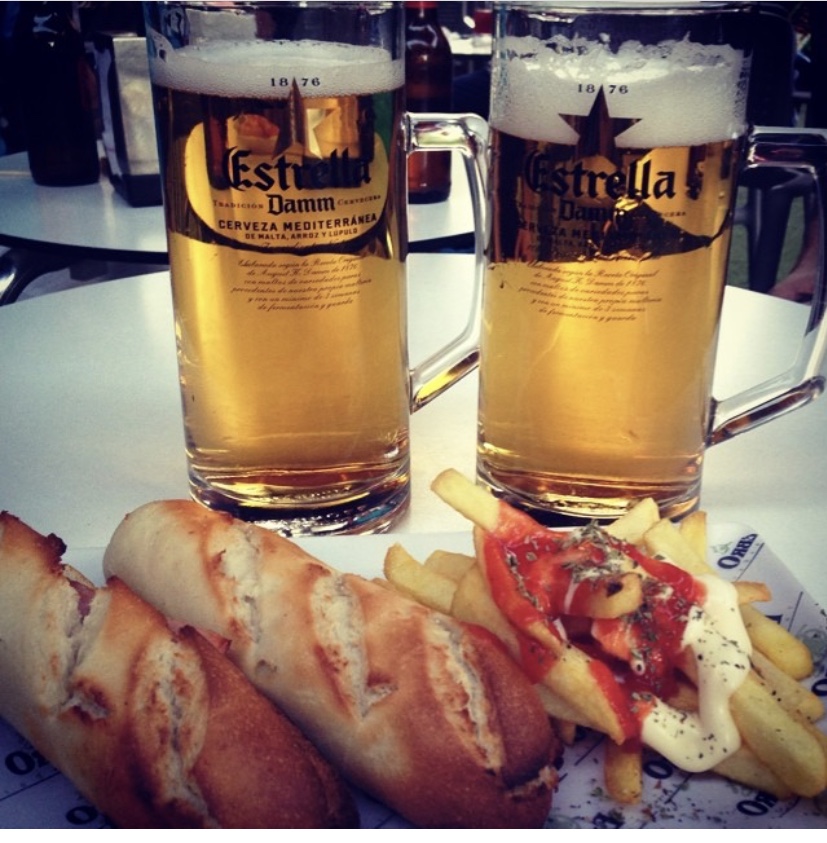 La Casa de Damasco – a Middle Eastern restaurant that provides the perfect break from Spanish cuisine when you’re sick of tapas and croquetas. 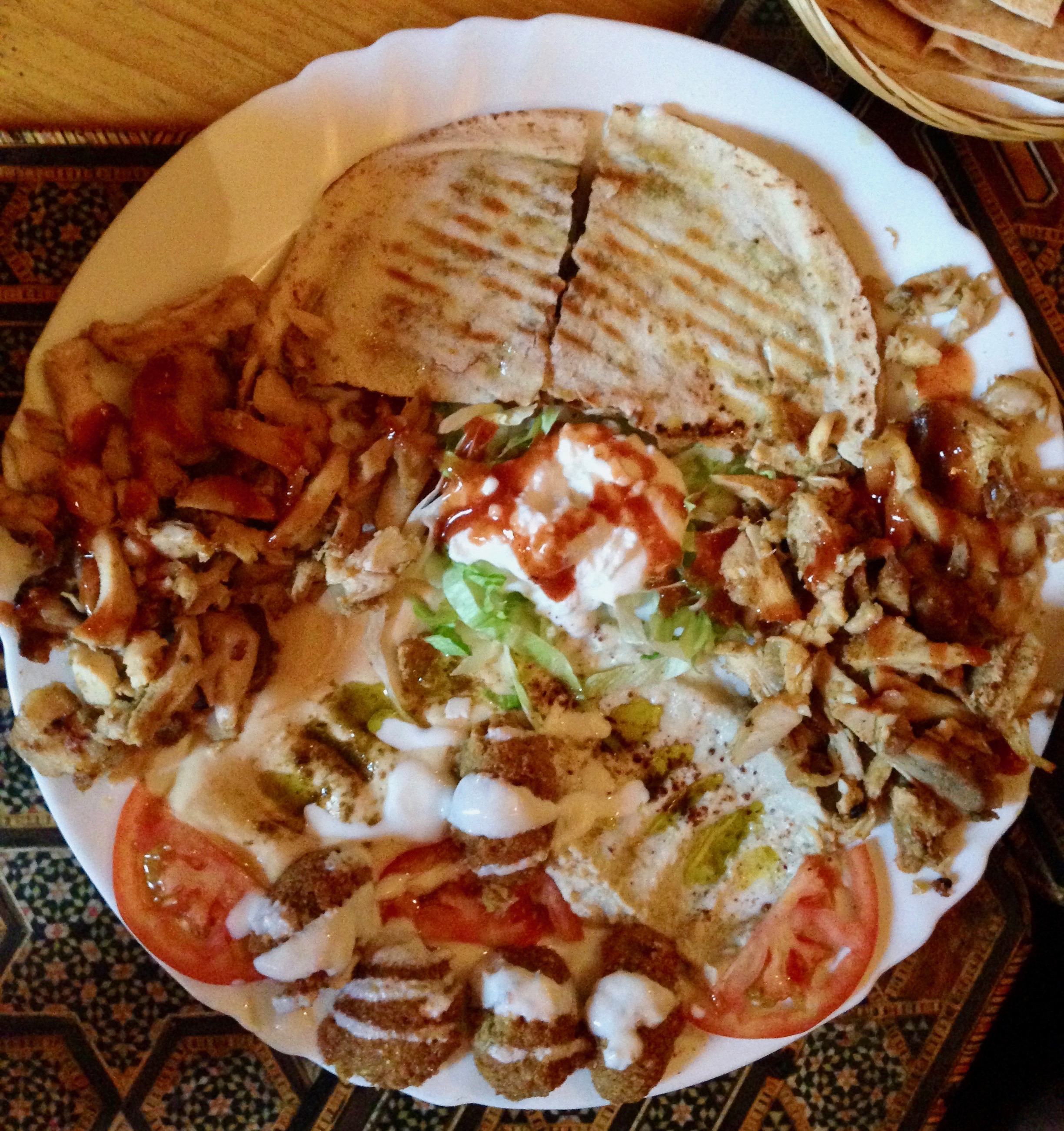 The moral of the story is – whether you want to zipline or not, GO TO TOLEDO if you’re in Spain. It’s a stunning town that deserves at least a day of exploration, getting lost in it’s winding streets and hiking to it’s incredible viewpoints. 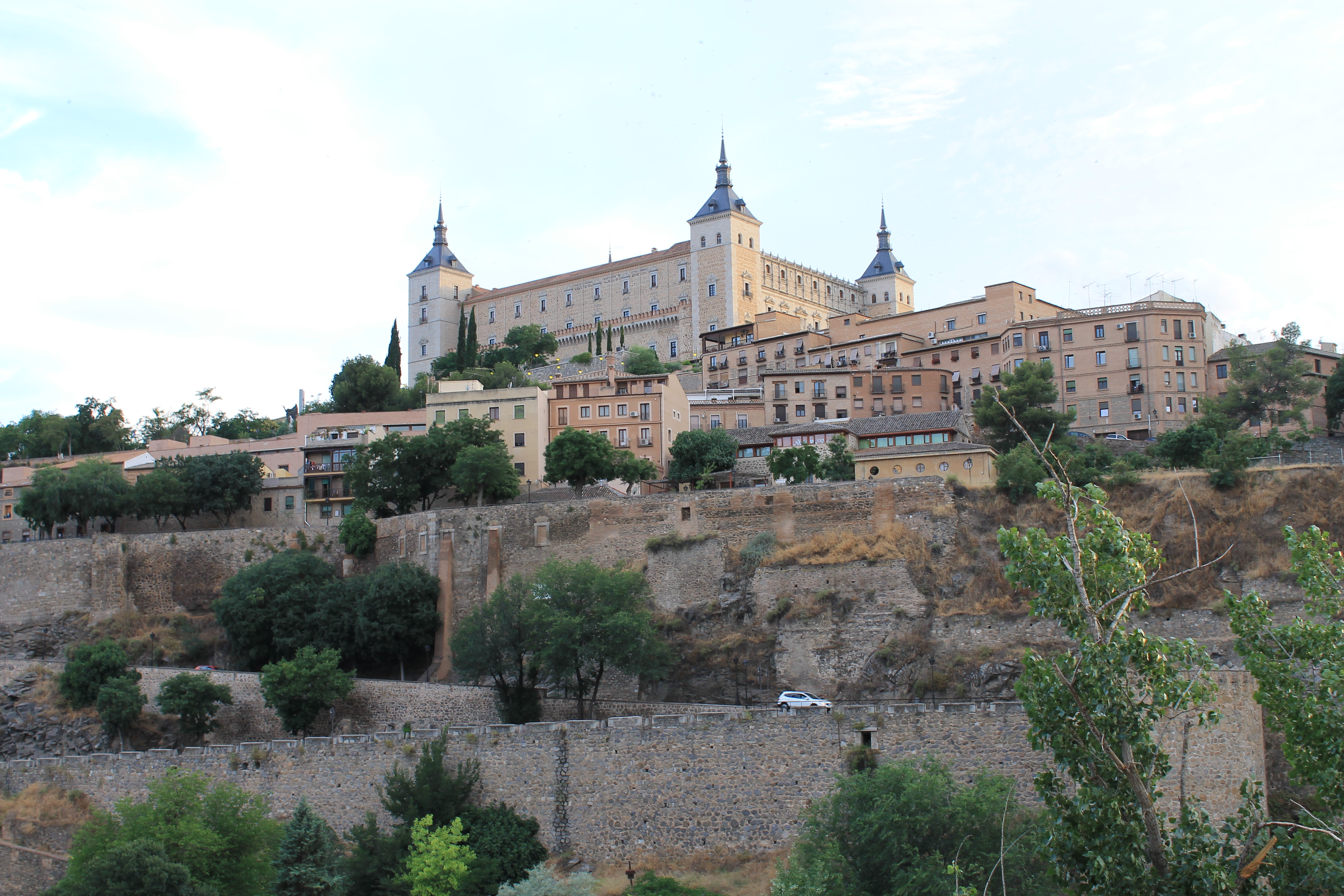 Like Loading...
By Valerie Streif
day trip to toledo from madridfly toledohow to get to toledo spain from madridlongest urban zipline in europethings to do in toledo spaintoledo spaintravel spainzipline
Auxiliares de Conversación – Guide to Teaching English in Spain
Travel Guide to Barcelona