Known for its iconic bridge and for being a great day trip to take from Sarajevo, Mostar is a fascinating city full of history and interesting things to see. It’s very walkable, in fact, a lot of the ancient part is pedestrian only, and everything is close together.

One thing that caught me by surprise when planning out this part of our trip was that there were not as many buses as I had expected. Both getting to Mostar from Sarajevo and then leaving Mostar to get to Dubrovnik, we ran into a bit of a time crunch, having to rearrange plans in order to accommodate the bus schedule and infrequent departure times. Be flexible and be prepared to change up your plans! Check the timetables online for updates and to buy tickets.

This hostel was literally in a woman’s home, and it was really nice to stay in such a welcoming atmosphere. Nina and her family served us breakfast and coffee, gave great recommendations and helped us plan out our transport from Mostar to Croatia. It was a nice experience, especially for just one night. She also organizes excursions for people looking to stay longer!

This bridge is definitely the focal point and the main reason why people come to Mostar. Originally constructed under the Ottoman rule in the 16th century, it stood for over 400 years until it was blown up by the Croatian military in 1993 during the Croat-Bosniak war. It was finally reconstructed and reopened in 2004. Daring individuals can dive off the bridge, but it requires a day of training, as it is very dangerous, and from what I’ve read, it’s painful.  I’d recommend getting to the bridge early in the morning to capture some photos before it gets too crowded with tourists. 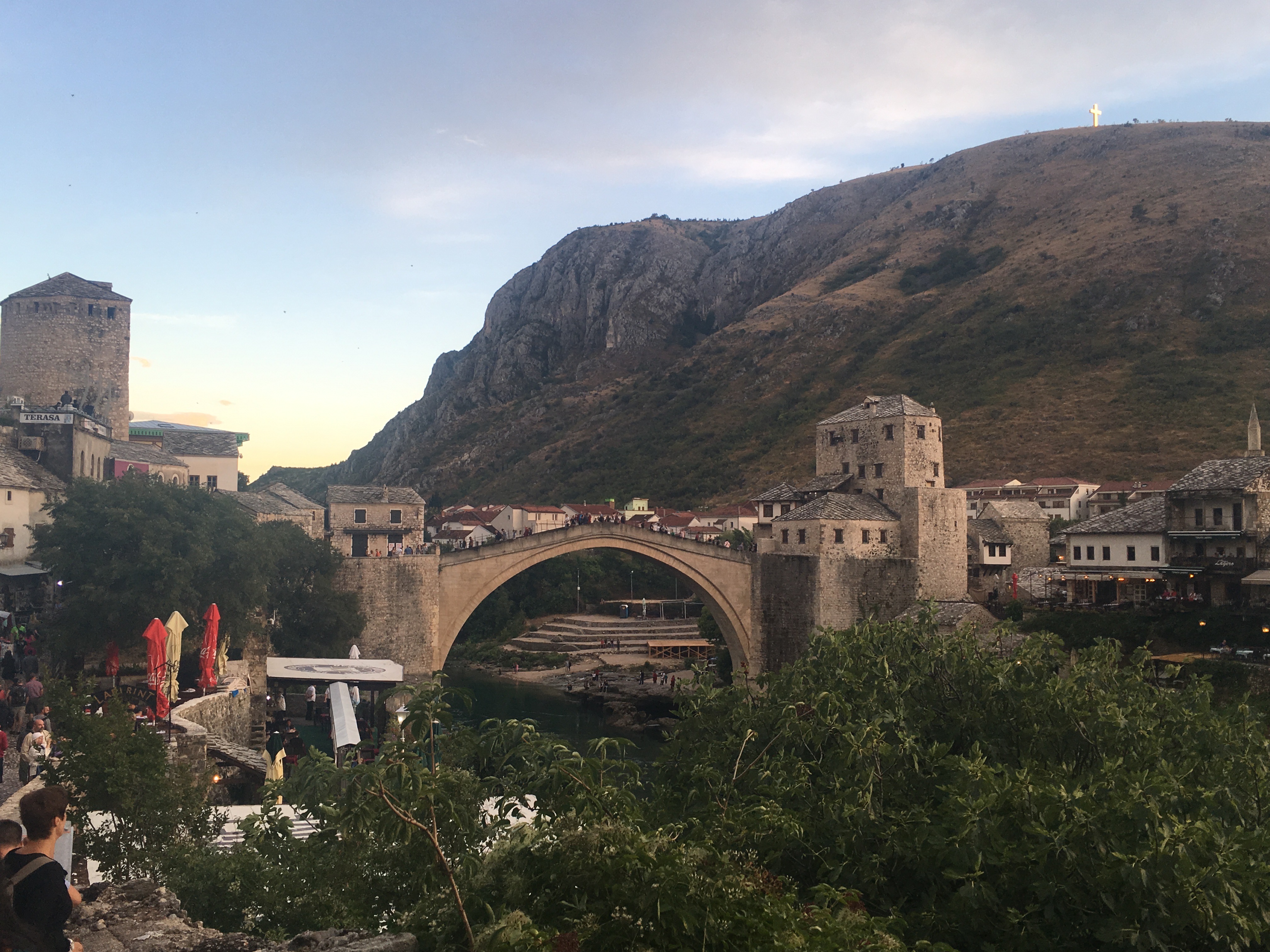 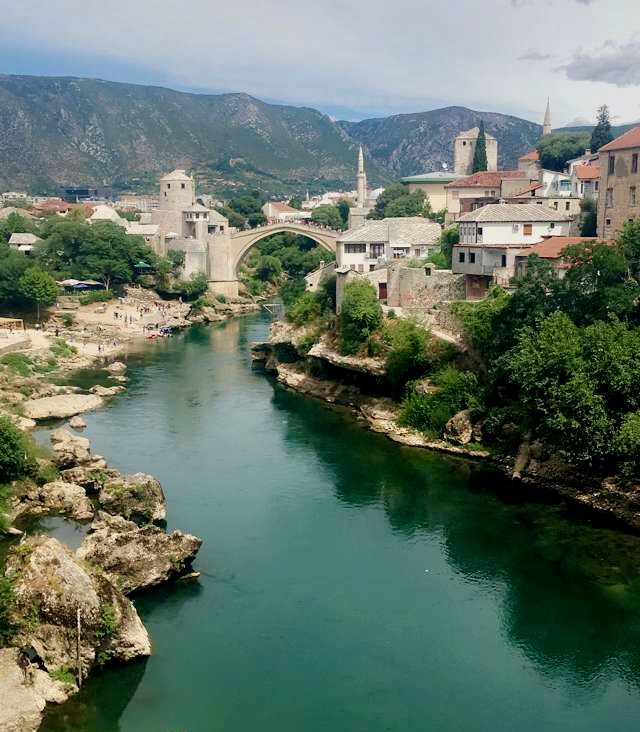 There was a lot of shopping to do in Mostar, with little stores winding through the cobblestone streets of the city. Lots of copper and other handcrafted jewelry, cute clothes and other stuff to buy! 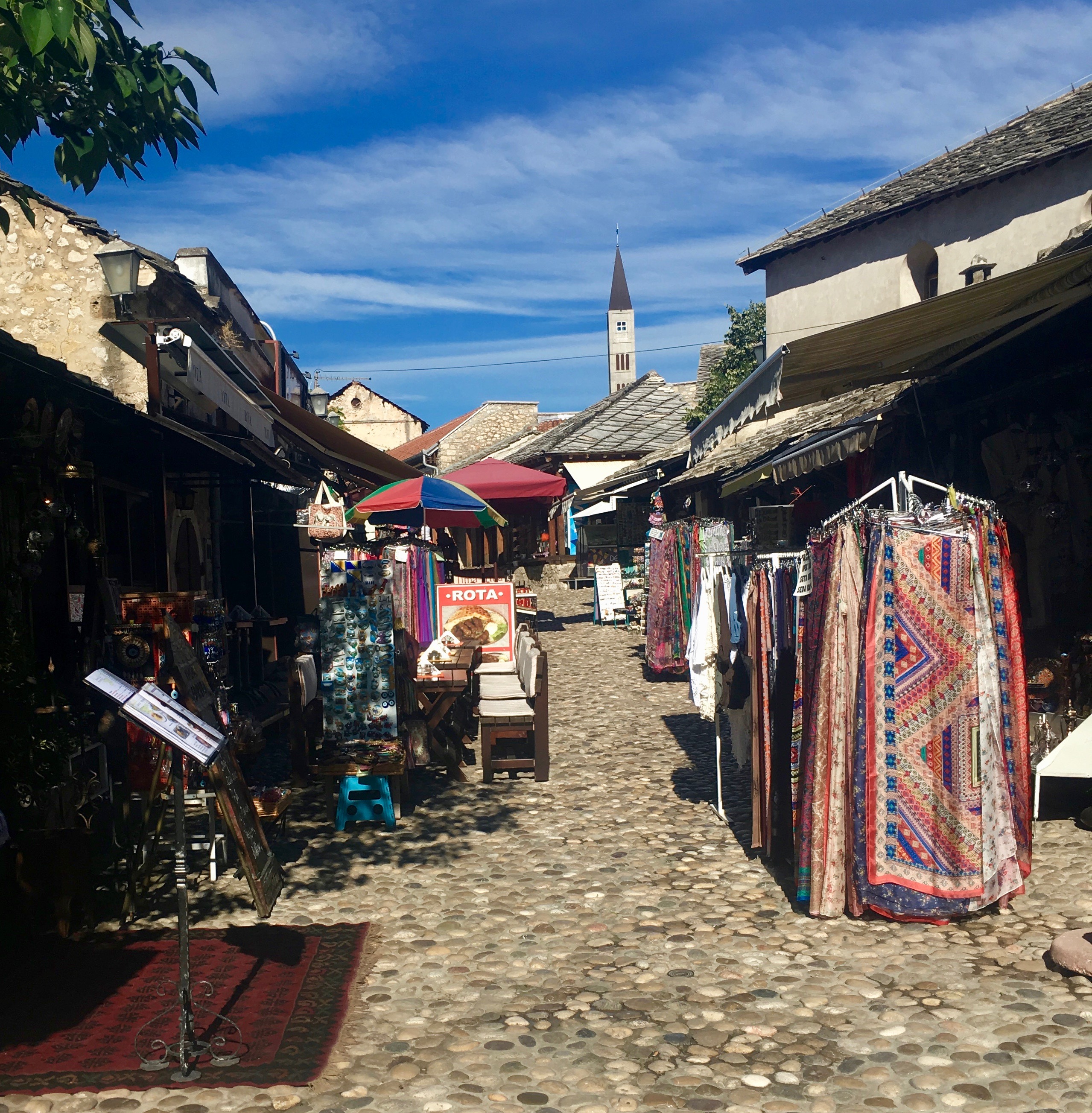 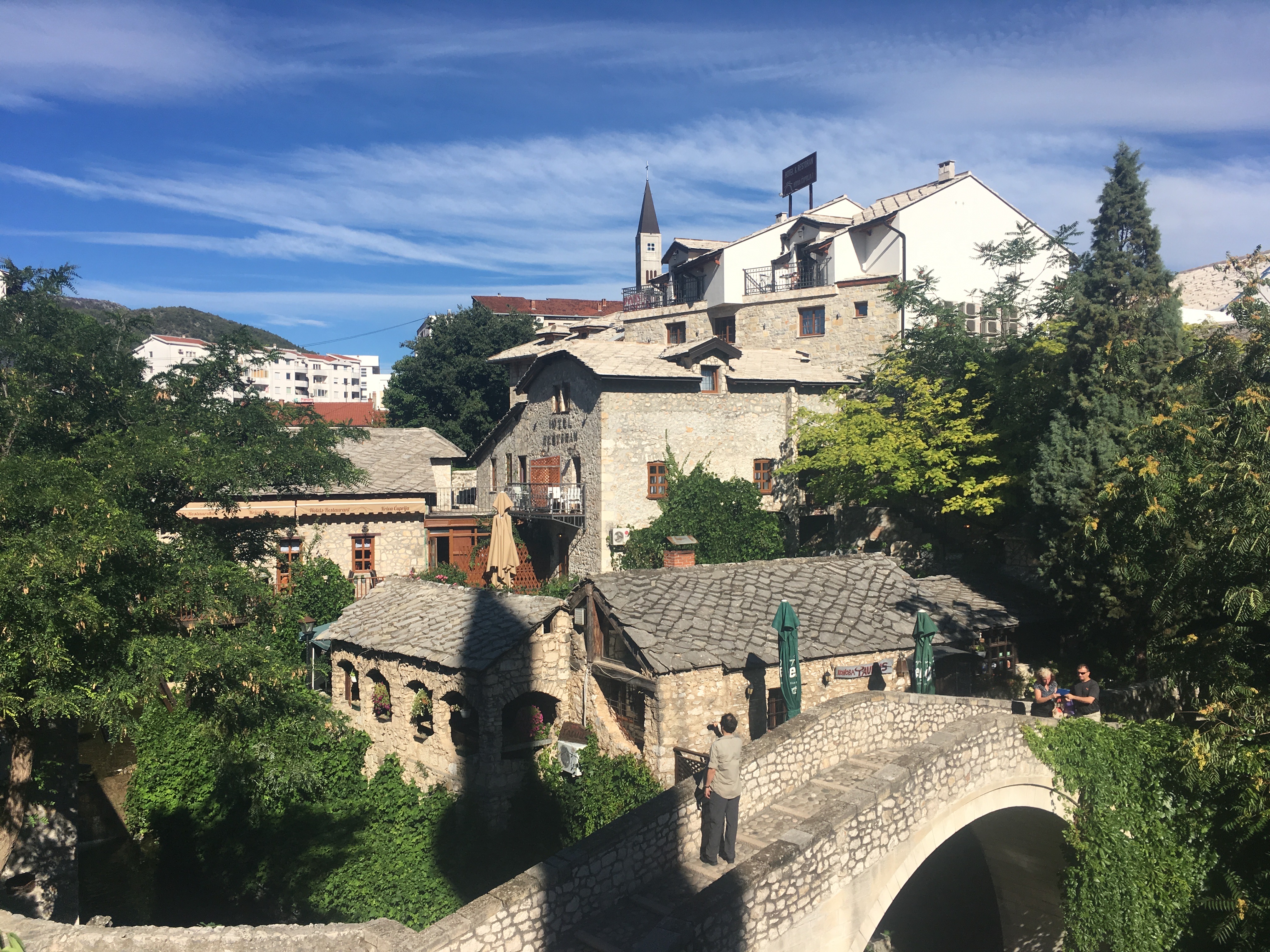 Overall, Mostar was a great spot to spend just one night in. Walking around and using it as a stop in between Sarajevo and Dubrovnik was a great way to break up an otherwise long journey, and it was a really neat town to spend time in. There are a lot of interesting walking tours that would’ve been nice to experience, including one that had a lot of information on the Mostar Sniper Tower, a building that was once a bank but later turned into a hiding spot for snipers during the war.