Download this article for a guided tour with GPSMyCity!

My transition from Cairns to Perth was a bit, awkward. Upon arriving in Perth City, I was exhausted and wanted to collapse in my hostel before reassembling my life in a new place. Travel days are always stressful days. Not only do I need to get to my new spot, but I have to figure out where the local staples like grocery stores are, and I also get work-related things done.

Before getting to Perth, I hadn’t heard of Fremantle. It’s a nearby city that is apparently “the place” to stay if you’re in these parts, but due to ignorance, I had booked a hostel in Perth City. It had good ratings, was centrally located and was cheap, so I thought, what could go wrong? 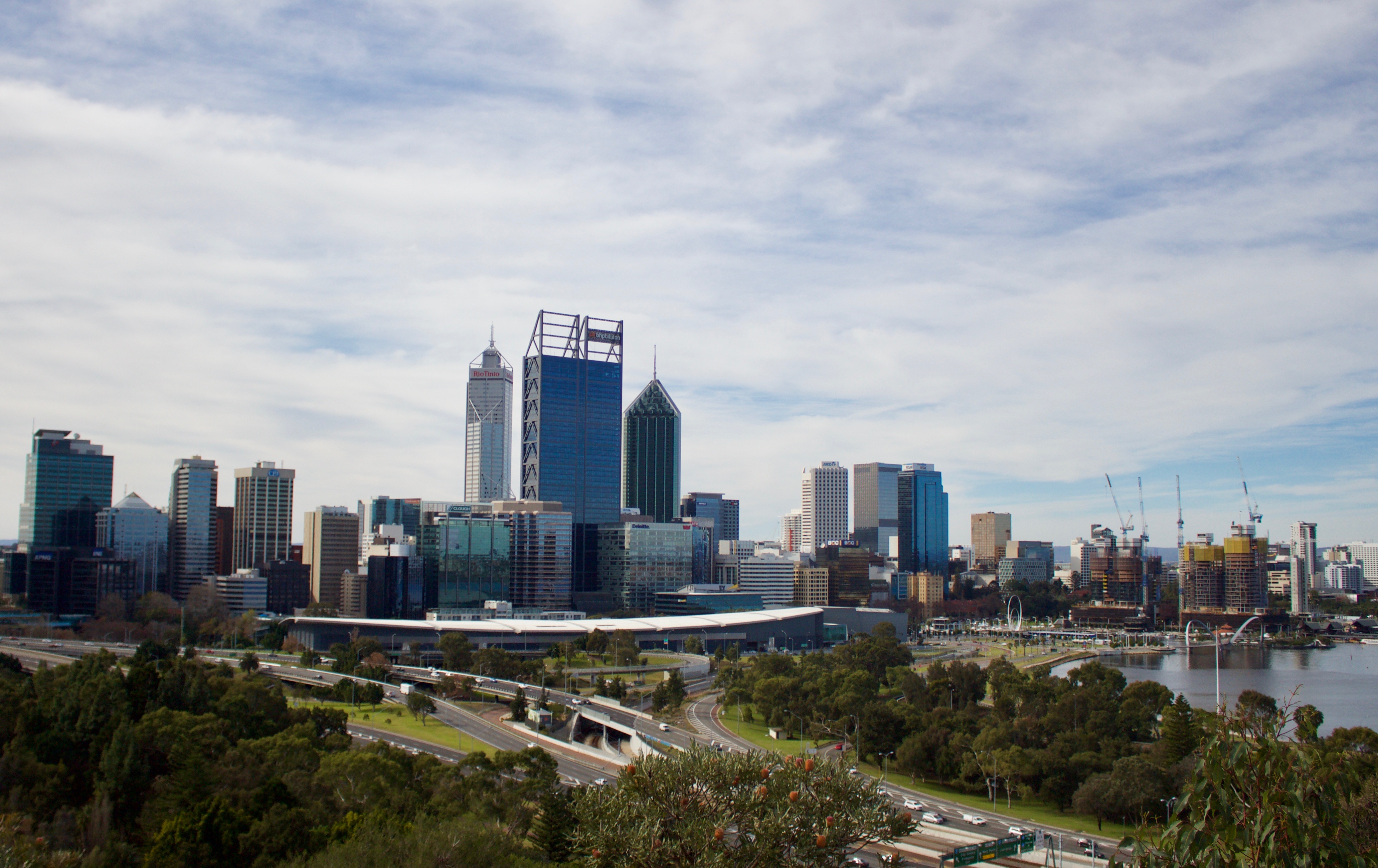 Once I got there, I was shell-shocked and hit with a blast of reality. I never write bad reviews or trash talk businesses, but travelers need to be warned about this place. It was disgusting. There were piles of garbage everywhere, horrific mattresses, and dark rooms just to start the list of problems. I like to think of myself as a low-maintenance person, but merely entering this hostel made me feel sick to my stomach. If you’re ever traveling to Perth, do not waste your time booking a bed at Perth Backpackers City & Surf. It’s not a nice place. Spending more money to have clean, comfortable conditions, is worth every penny.

Feeling defeated and stressed, I checked out twice as fast as I had checked in. I called my friend and former camp counselor who suggested I jump on the train and come to Fremantle, where she lived. A 30-minute ride took me out of the metropolis of Perth City and into Freo, a hipster town on the sea with a welcoming vibe that calmed my anxiety immediately. We grabbed a beer at the National Hotel, a cornerstone spot in the city, and I was instantly convinced that Fremantle would be my spot for the next month. Thanks for rescuing me Hayley, you’ve saved me as a camper and as an adult! 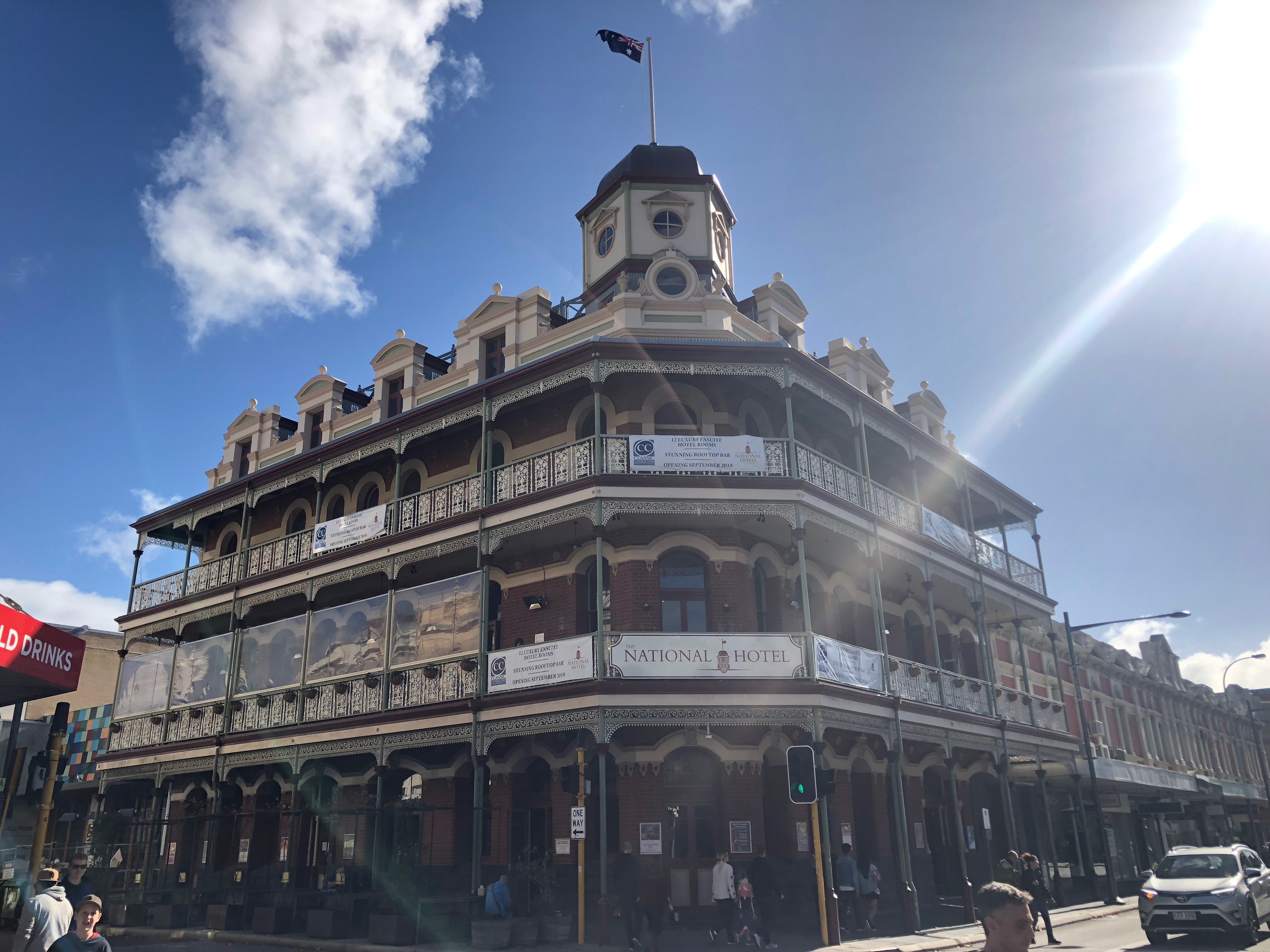 We took some time to walk to the hostels so I could avoid any more unpleasant surprises. Upon arriving at Fremantle Hostel, I knew I had found the perfect home for the next month. High ceilings, plenty of natural light streaming in from the skylight of the roof and a massive leather couch looked so inviting. It was clean and orderly. I booked a bunk and settled in. The feeling of relief was palpable, I could have cried with happiness. 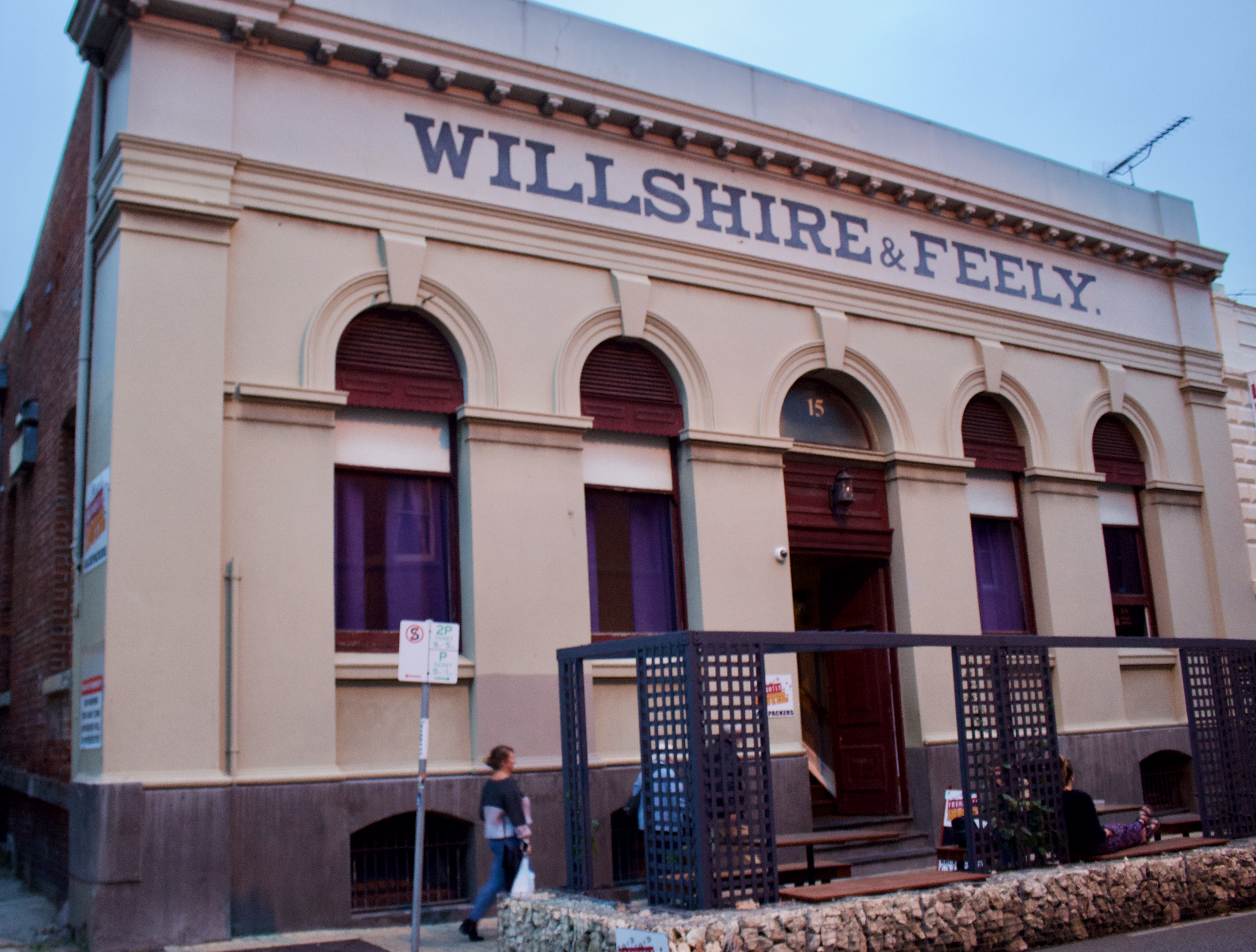 Fremantle Hostel is the perfect place for a short stay or long-term. No matter what type of traveler you are, you can enjoy your time here. It’s located close to everything in Fremantle, making it the perfect base for exploring the city. With a massive kitchen for cooking, lockers to keep your food separated from other hostel guests, social areas with games and activities like Netflix streaming to a big screen TV and a pool table, and comfortable beds, it was the perfect budget accommodation in Fremantle. To my relief, many long-term travelers were using it as their housing while they worked local jobs on their working holiday visas, and the owners of the hostel were accommodating and welcoming. 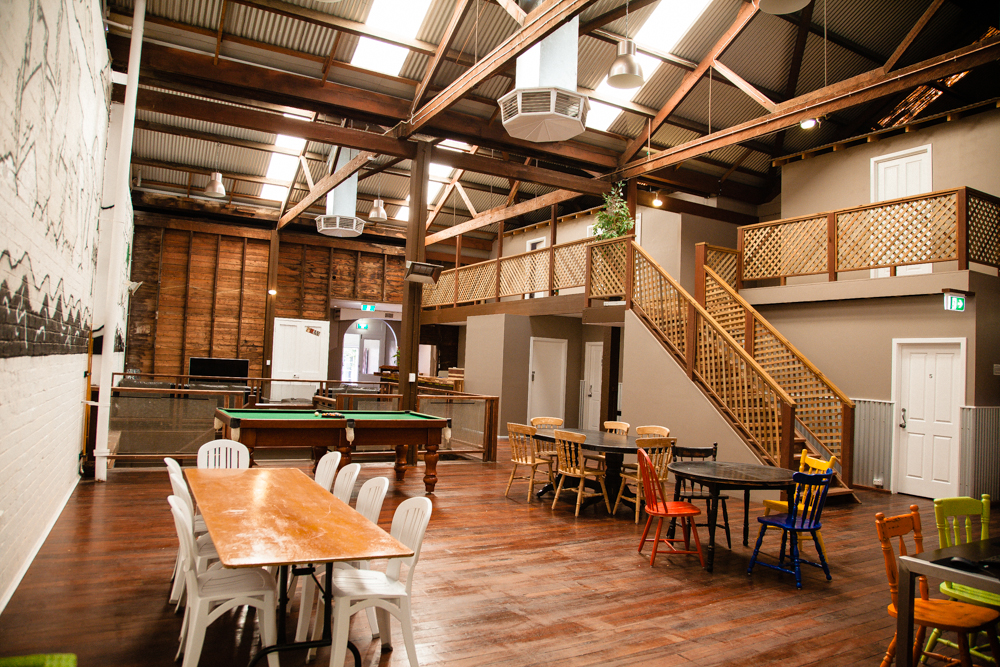 With the entire month of June, I had plenty of time to kill in Fremantle and Perth which would allow me to relax while still being productive. I was looking forward to this downtime, to focus on work and getting things done before the distractions and vacation vibes of Bali would take over in July. During my stay in Fremantle, I felt like I became a part of the landscape at the hostel, and the town began to feel homey. The people staying there were so nice, I felt like I lived in a university house again with a bunch of fun roommates. Beyond the hostel, I fell in love with several spots around Freo. 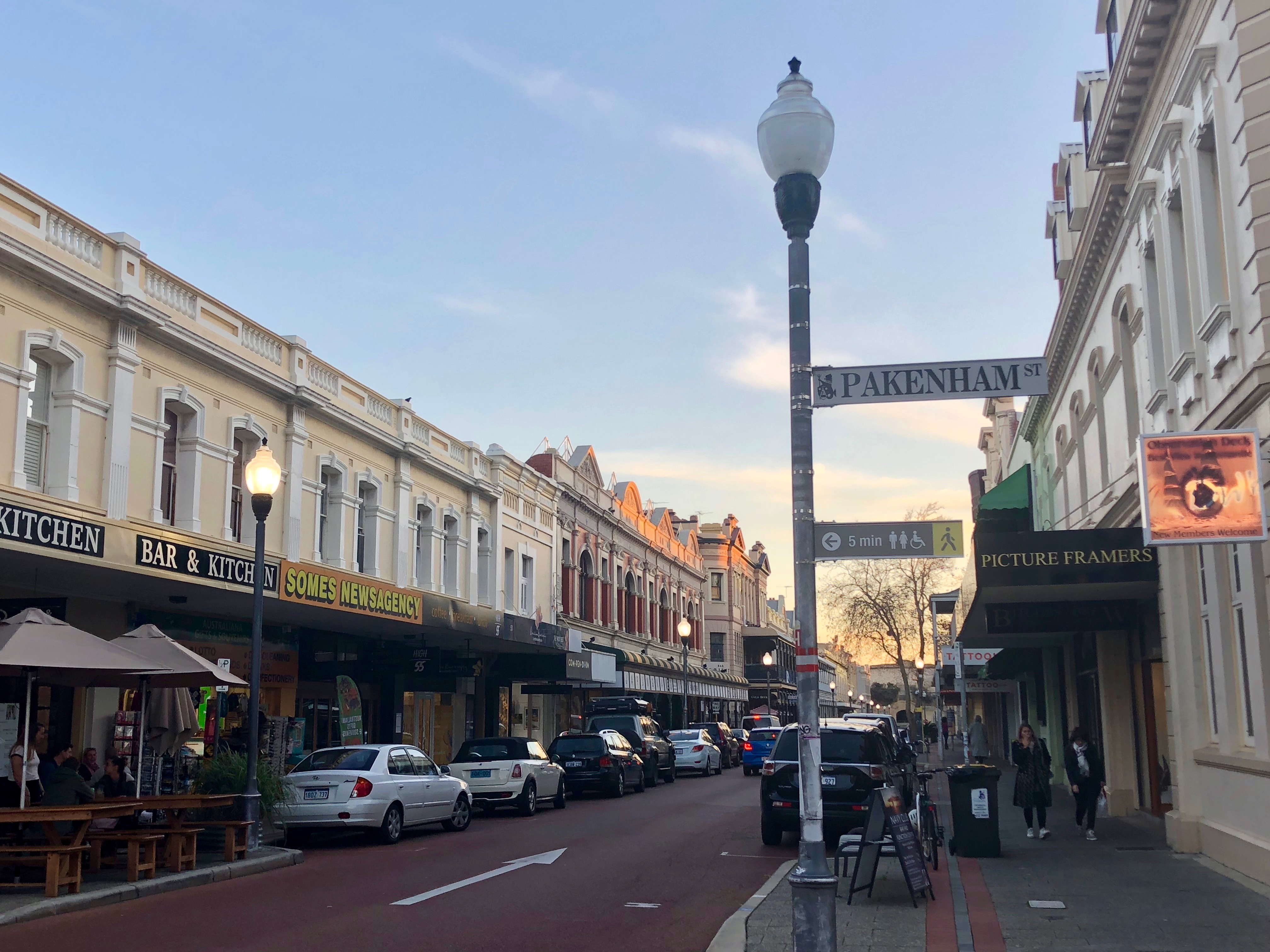 Maintaining a fitness routine while traveling is tough. Lack of nearby gyms, lousy weather, and a plethora of other excuses can pile up and kill your motivation. I’m happy to say I stayed consistent and went running in Freo a lot, exercising as much as I could. It was easy in Freo because of the outdoor spaces that were nearby. I went for daily runs to South Beach, a beautiful beach with bike paths and pedestrian walkways. It was the perfect retreat from working on a computer all day, and it motivated me to stay on track with my running and fitness goals. There is also a bit of gym equipment at Fremantle Hostel too, which was helpful in staying on track. 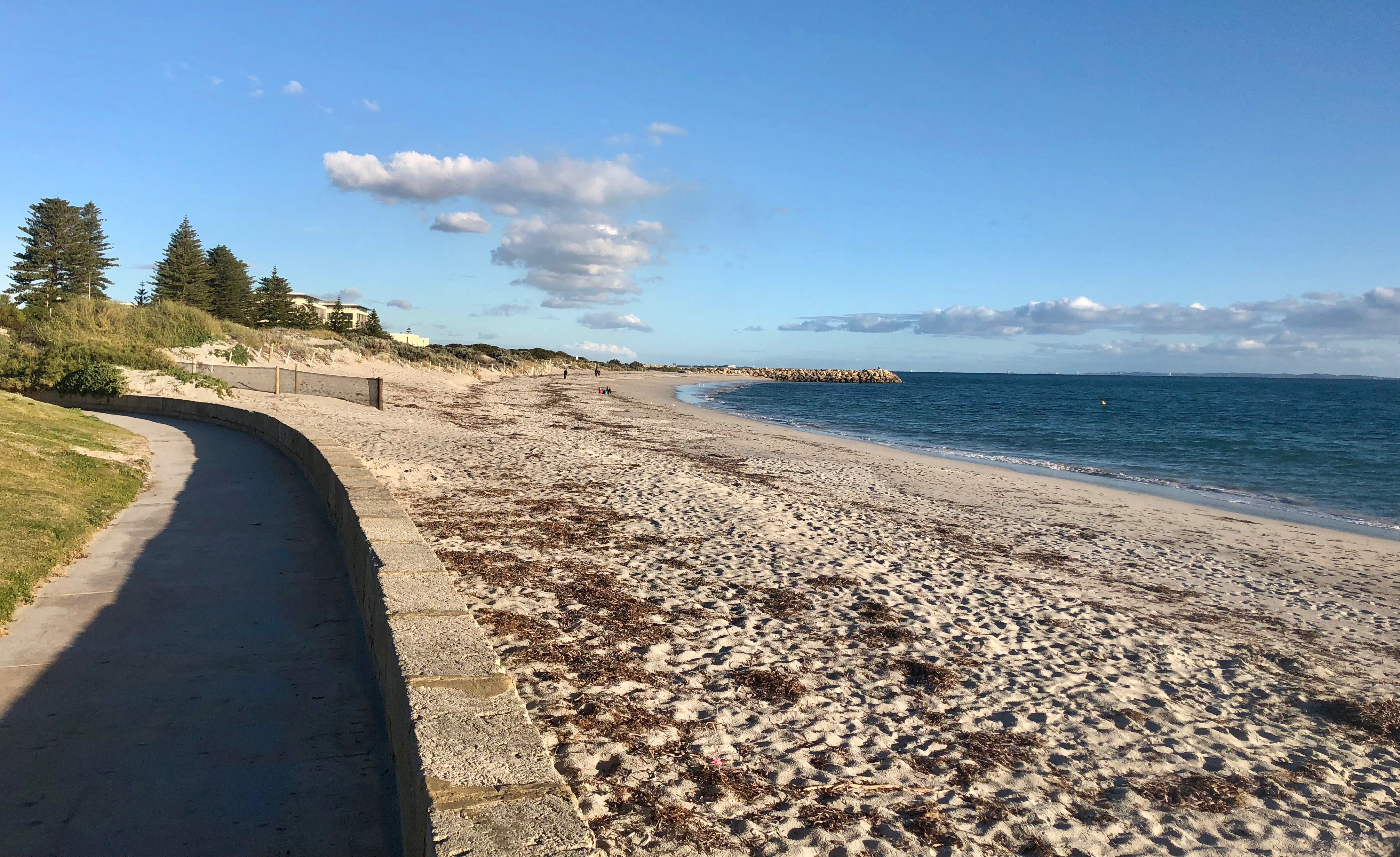 While I tried to cook in the hostel to save money during the majority of my time in Freo, the Fremantle Markets were my favorite place to go out for a meal. They are right in the city center and run from Friday through Sunday at 6 pm. They have a nice variety of food stalls to get delicious dishes like Turkish Gozleme, Fried Chicken, Burgers, Asian Food, and so many others. In addition to food stalls with prepared meals, the markets are also excellent spots to pick up fresh produce – especially during the final hours on Sunday, the last day of the markets for the week, where the vendors offer crazy discounts on bags of fresh fruit and vegetables. There are local artists and craftsmen selling their goods too, so it’s great for shopping. Some of my favorite foods I tried here was the mushroom, spinach, and cheese Gozleme and the muffle, pictured below. 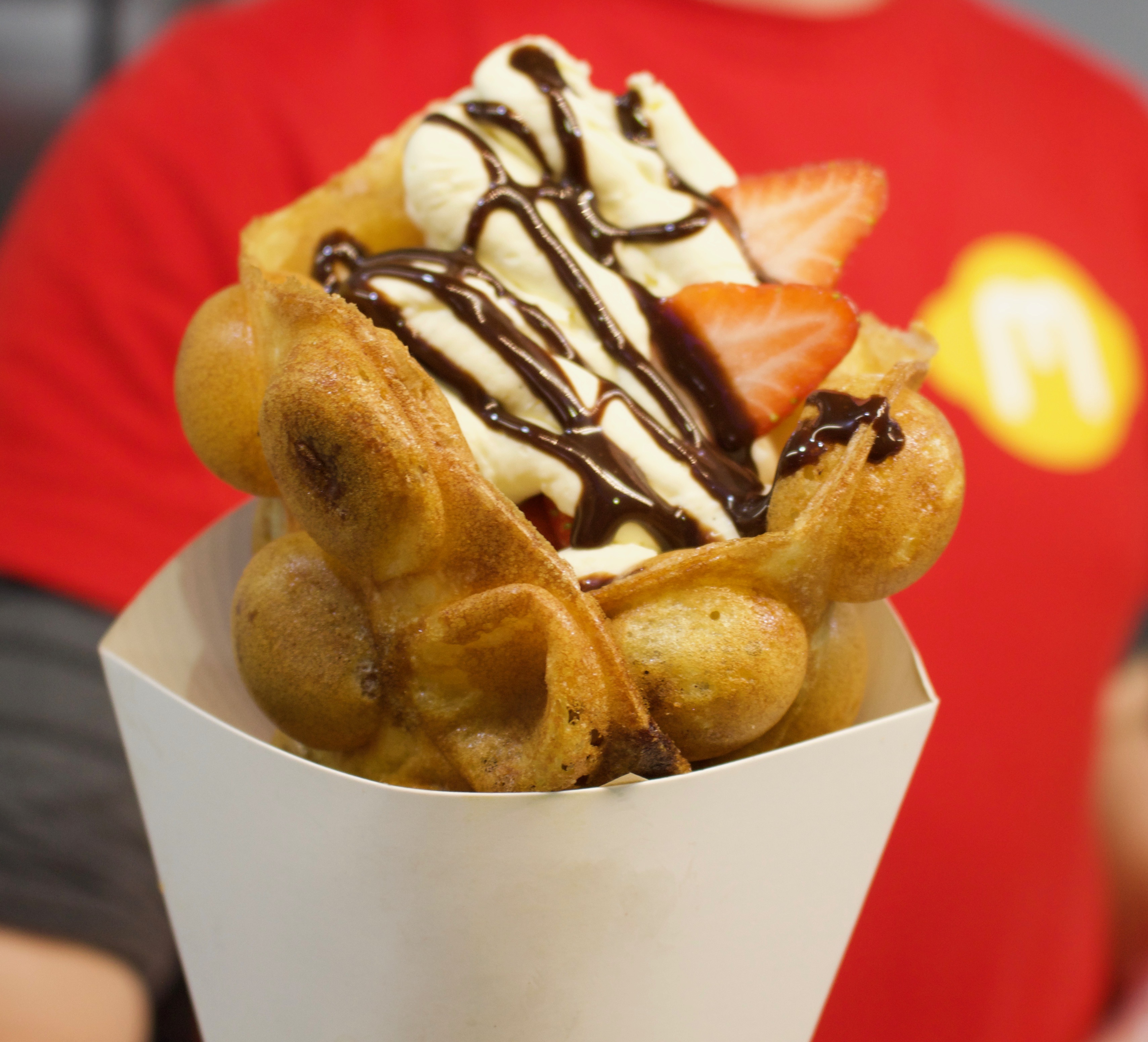 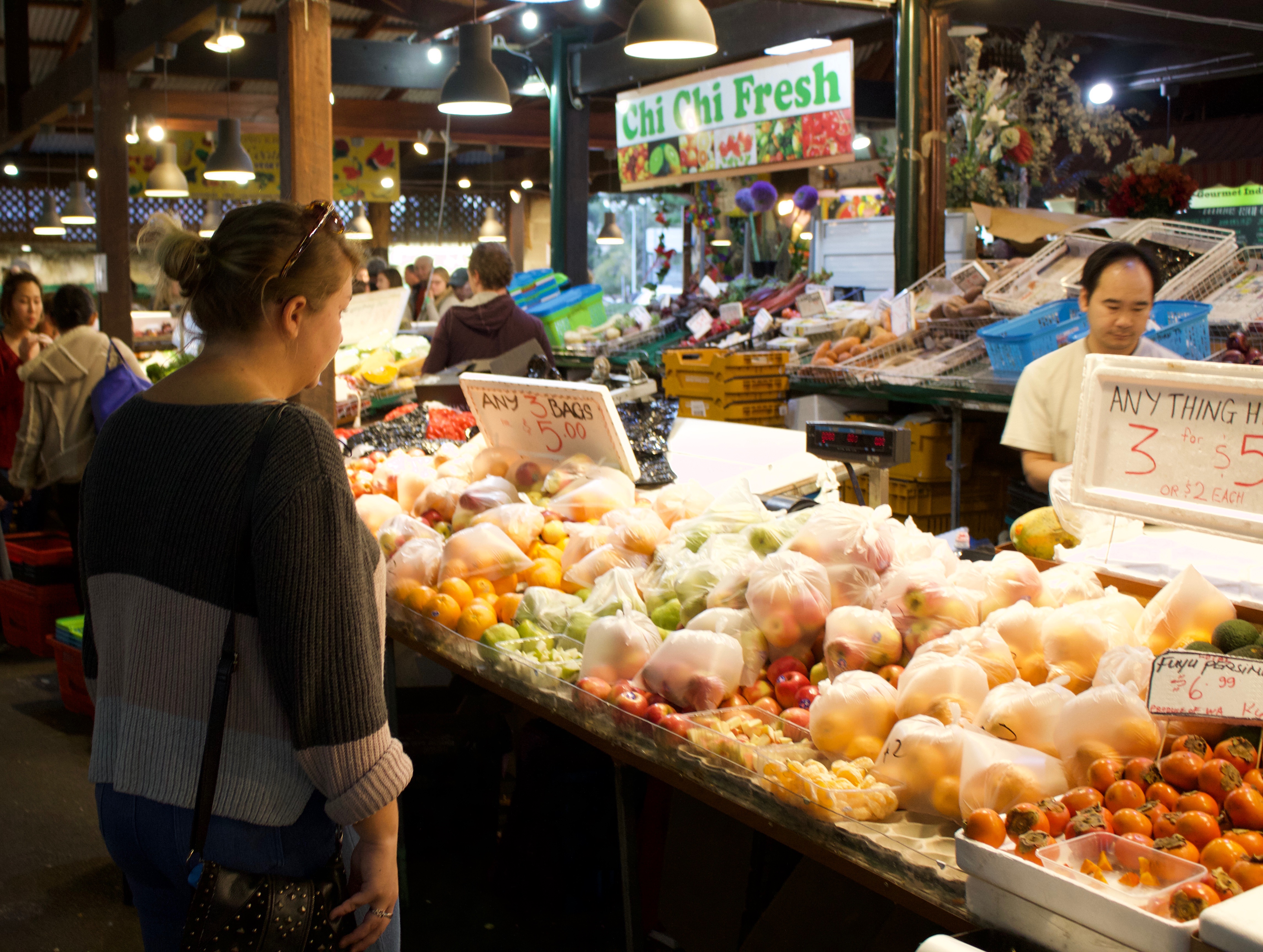 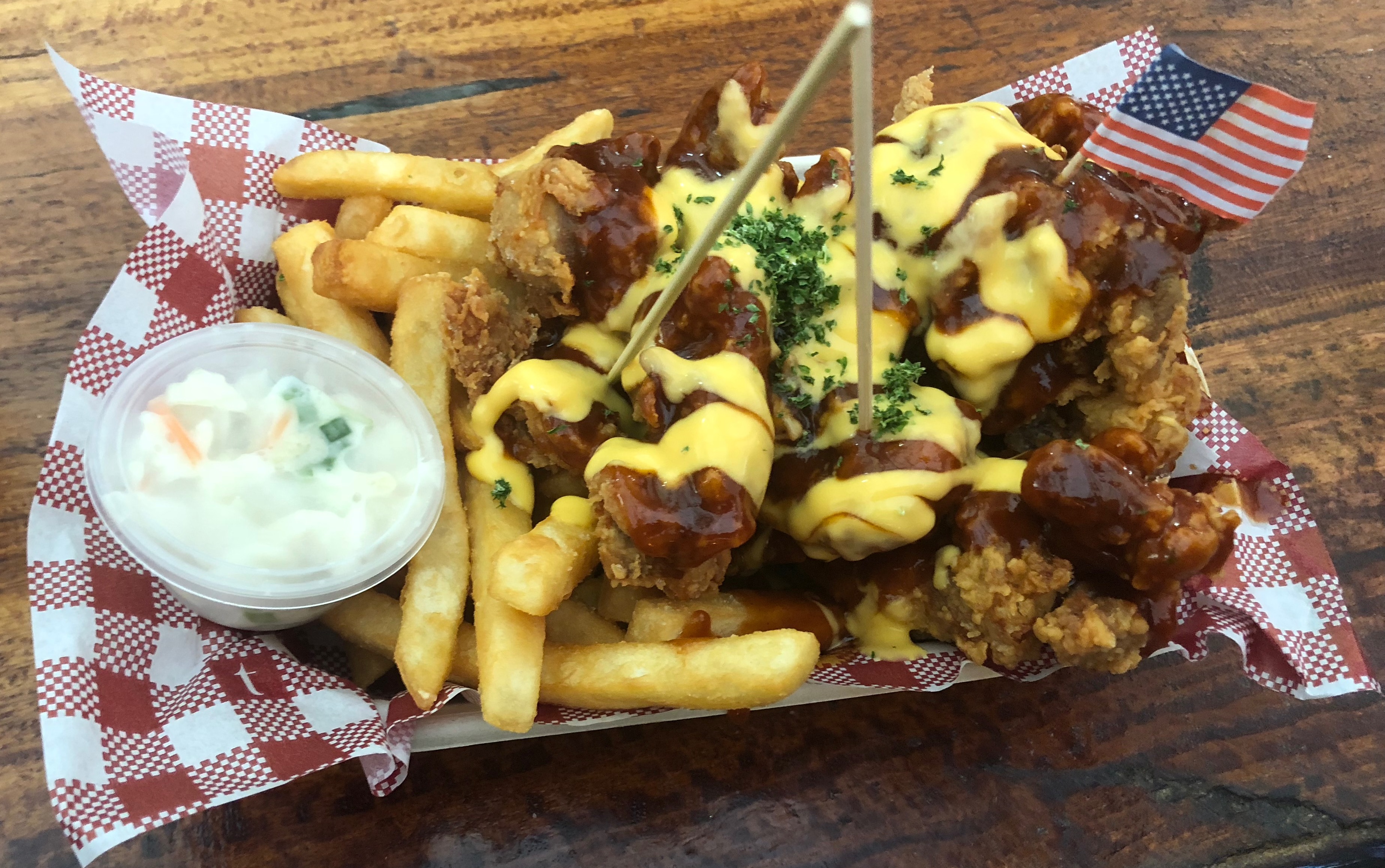 For a night of dancing and drinking, the Newport Hotel was the place to be. It’s a big establishment, with two different atmospheres to choose from, depending on your party mood. From my visits, I found the dance floor and bar area in the front of the restaurant to be younger, with more recent top pop music hits, while the open warehouse in the back played the classic hits like Whitney Houston and Bee Gees. It was great because the variety and space made it easy to move around in-between two different nightlife experiences. And the Newport Hotel is a five-minute walk from the hostel, making it a winner in my book. Drinks aren’t particularly cheap here, nor anywhere in Perth or Fremantle, so be prepared before you go out. I was a bit surprised at the high cost of beer and wine, so do yourself a favor and invest in a jug of Little Fat Lambs from the bottle shop. You’ll thank me later. 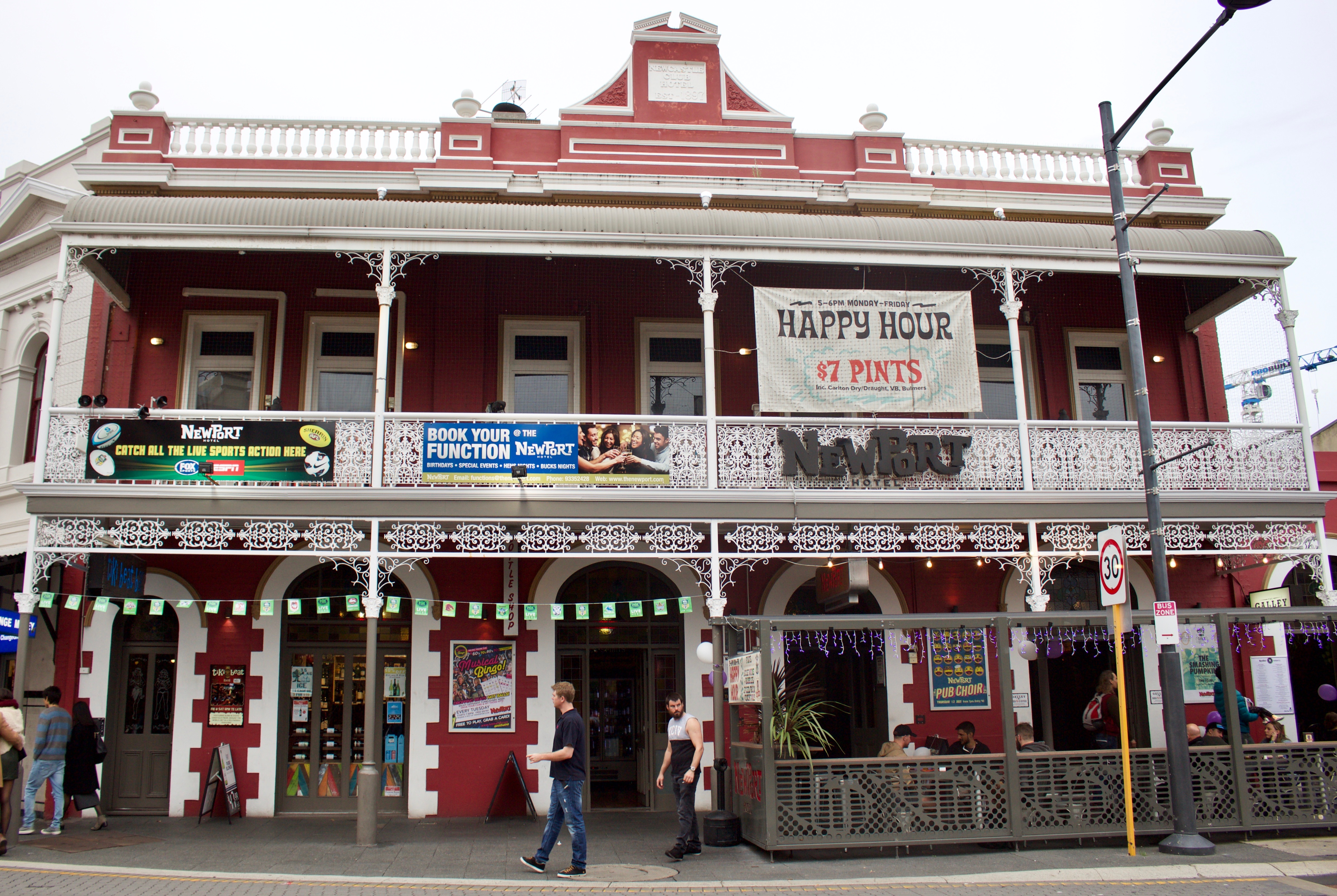 Despite doing my best to eat in and save money, I can’t resist the occasional brunch date. Right around the corner from Fremantle Hostel is Hush, a chic cafe serving up simple, but delicious brunch foods and killer coffee. I went here several times to get a caffeine fix, and they steamed my beloved almond milk cappuccino to perfection each time. I loved their bagels with fried egg, ham, and arugula, and their different toastie sandwiches were a great way to start the morning on a lazy weekend. 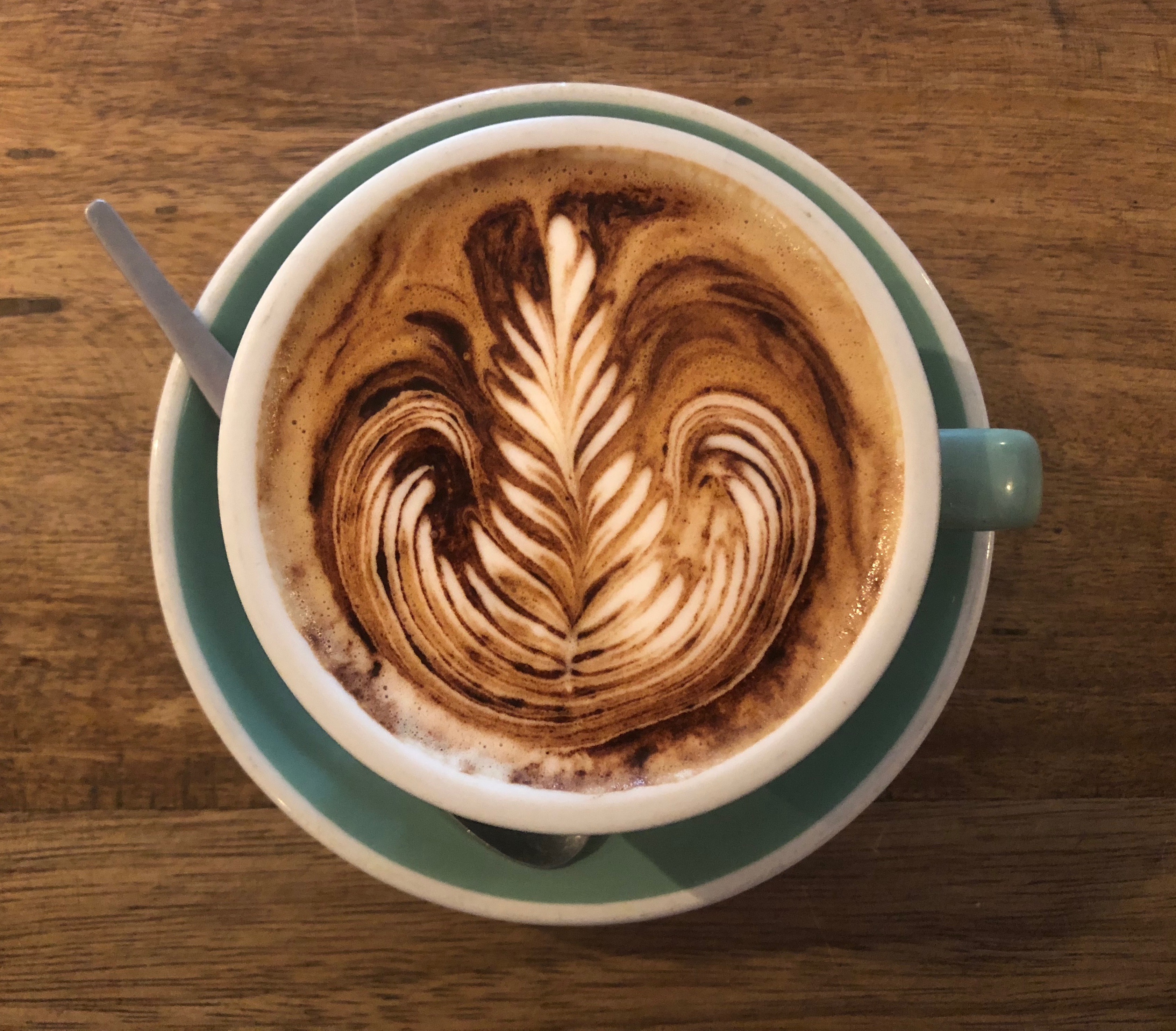 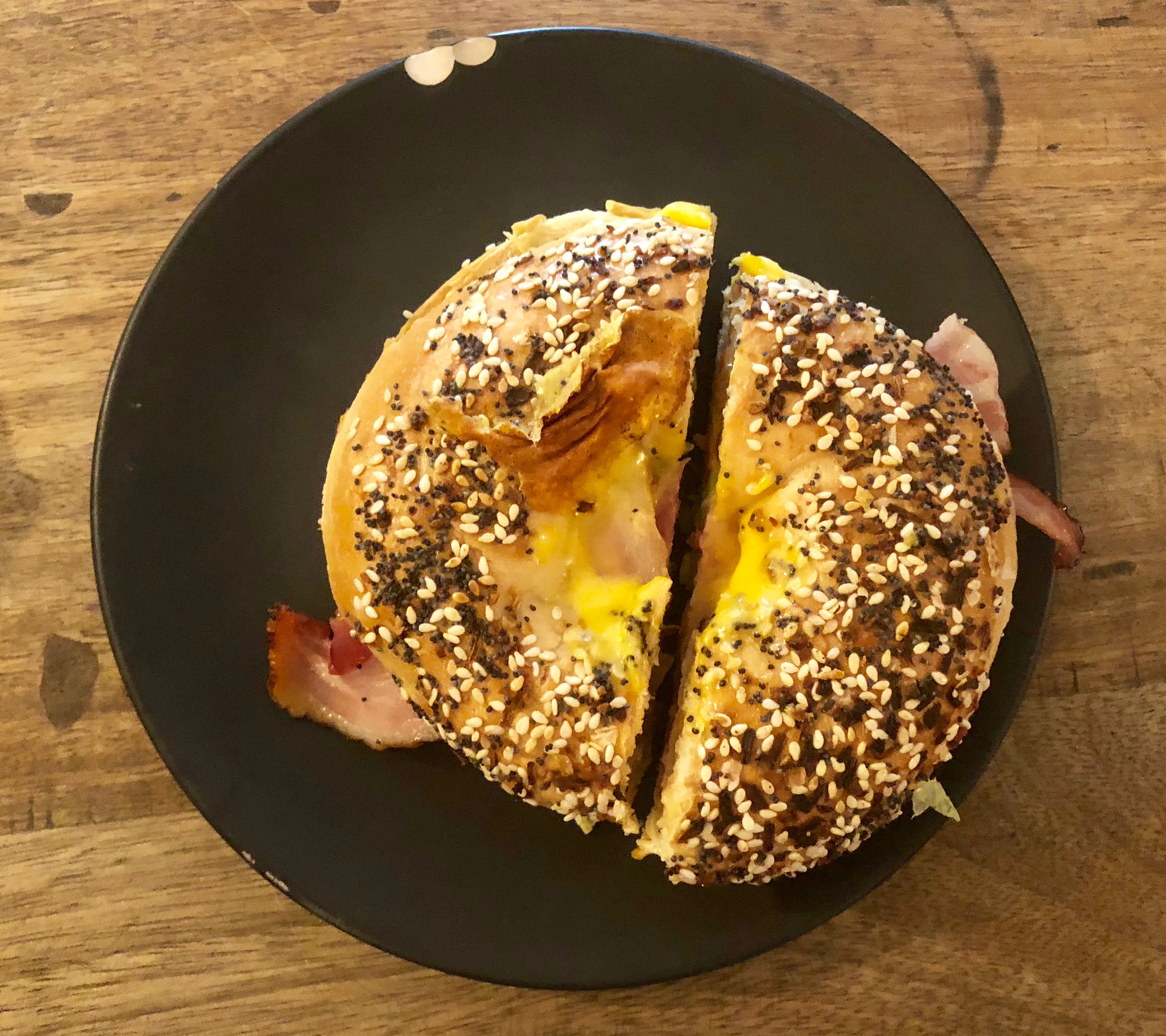 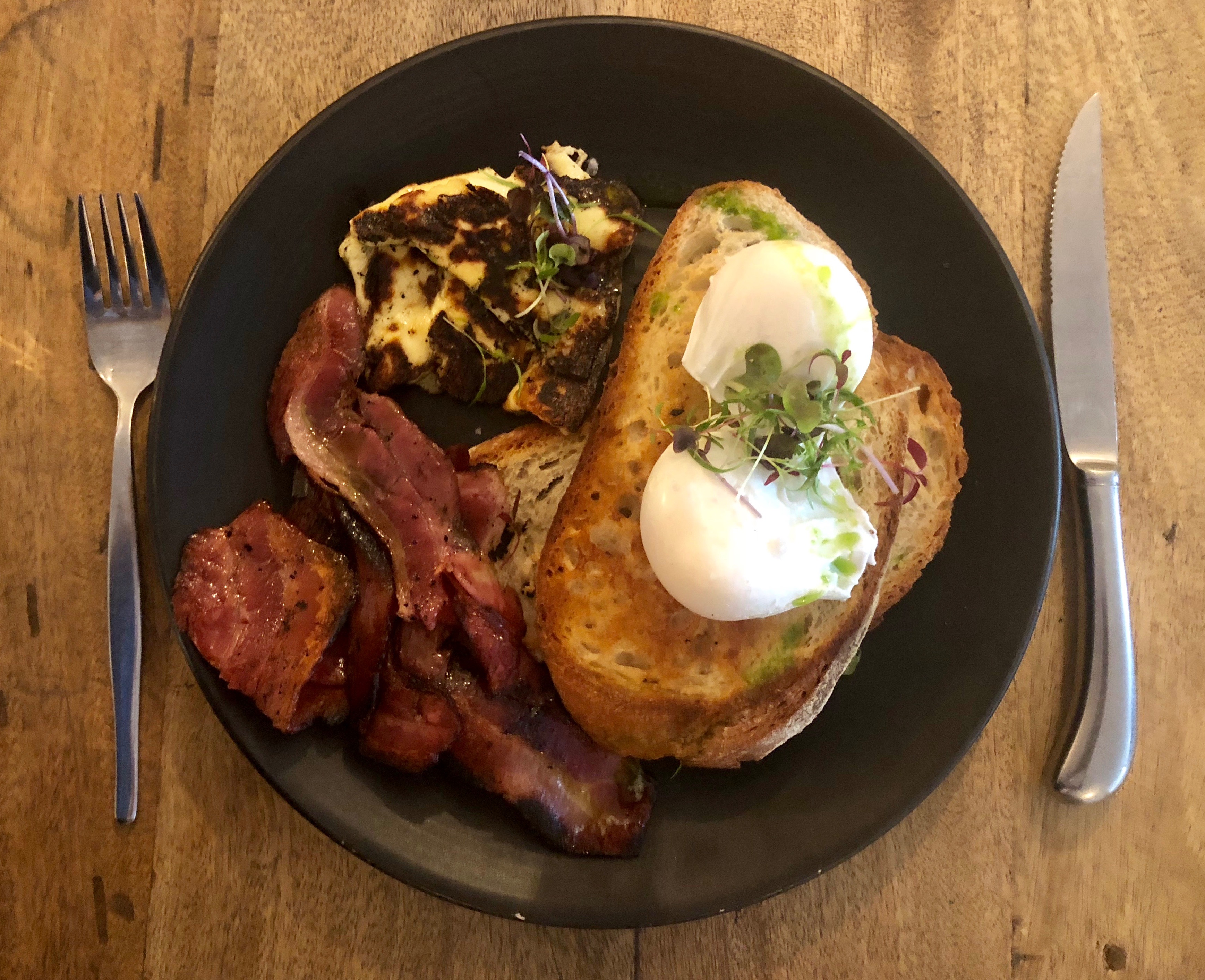 For an entertaining Thursday night at the low cost of $5, pay a visit to the Fremantle Comedy Night at the Sail & Anchor Bar. Located across from the Fremantle Markets, this bar boasts an excellent beer selection, a lovely outdoor upstairs terrace, and different events for each night of the week. The comedy night is on Thursday’s, and the local comics were hilarious. Aussie humor is great. Even the unprepared and experimental stand-up sets still made me laugh, and it was the best way to unwind after a busy work week. 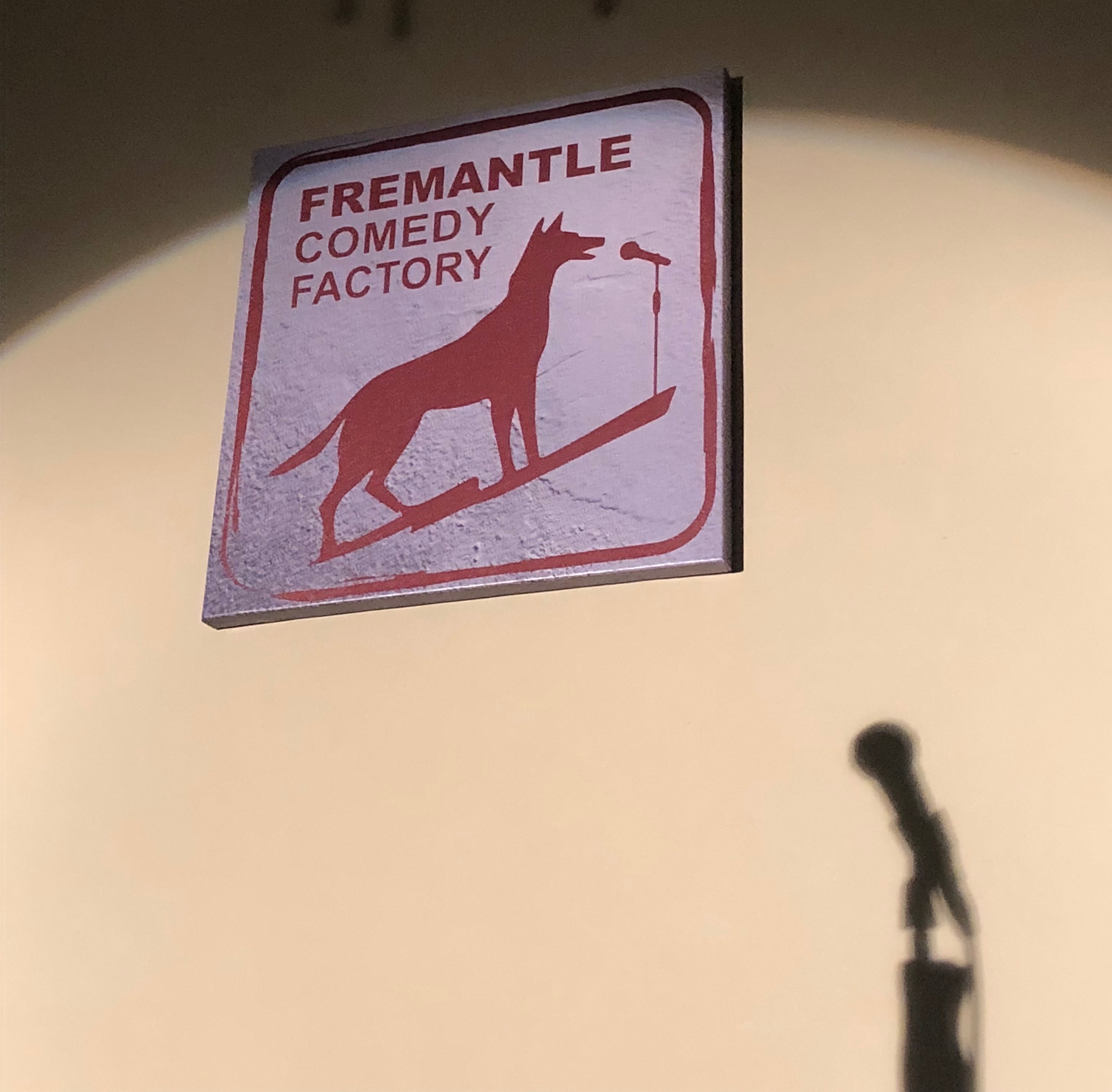 This city beach right in the heart of Fremantle near the prison is the perfect spot to stop at for a sunbathe. Even though June is a winter month for Australia and it rained A LOT while I was in Perth and Fremantle, we still managed to have a few days of sunbathing on the beach. Sure, it wasn’t blazing hot, but if I can sit in the sun and feel comfortable in a swimsuit during a winter month, I’m content. It’s a nice beach near a lot of restaurants and bars right in the heart of Fremantle. 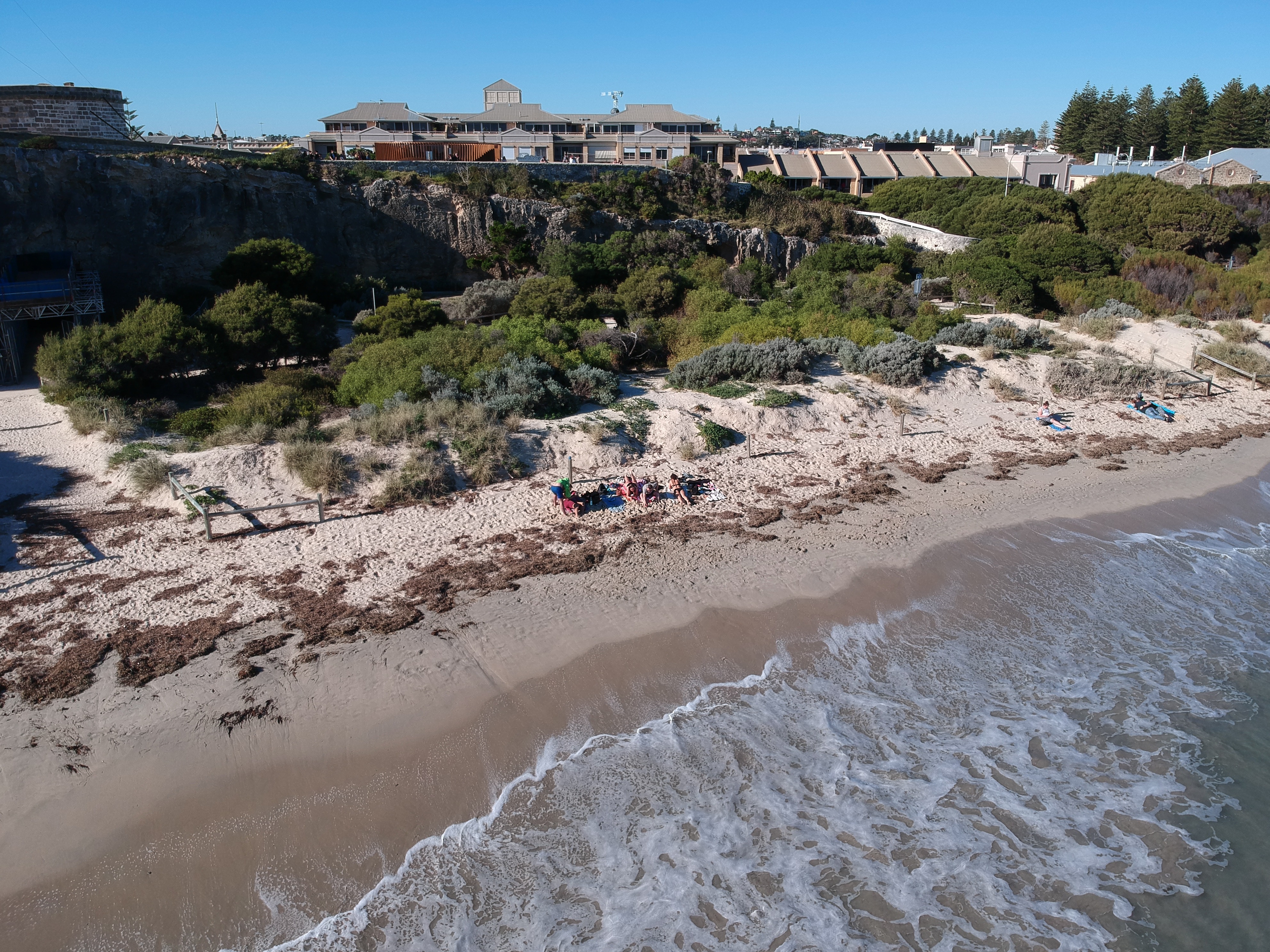 And that’s basically a summary of an entire month in Freo. It flew by so fast. This whole “nomadic” lifestyle of working and traveling, making places a temporary home, has its ups and downs. I’ve made incredible friends that I’ve had to say goodbye to. I’ve gotten extra time to explore cities that the average tourist wouldn’t have. I get comfortable in one place and then have to uproot and move again. I will really cherish the time I spent in Freo and at the Fremantle Hostel, and I hope to make it back in the summer someday. The experience made me want to explore the west coast of Australia much deeper, so I’ve added a road trip from Adelaide to Darwin to my bucket list.

I just hope I get the chance to cross it off someday.