Bonnaroo is a 4-day music festival in Manchester, Tennessee, that has been ongoing every year since 2002. It is a huge event that brings people from not only all over the United States but all over the world together for four days of positive vibes, amazing music, great food, and art exhibitions as well as a plethora of other vendors of interest for anyone under the sun.

Considering I had never been to any sort of multi-day festival before Bonnaroo, it’s safe to say it was quite the adventurous undertaking for a first experience, and surviving it helped me to cross off #40 on my bucket list. 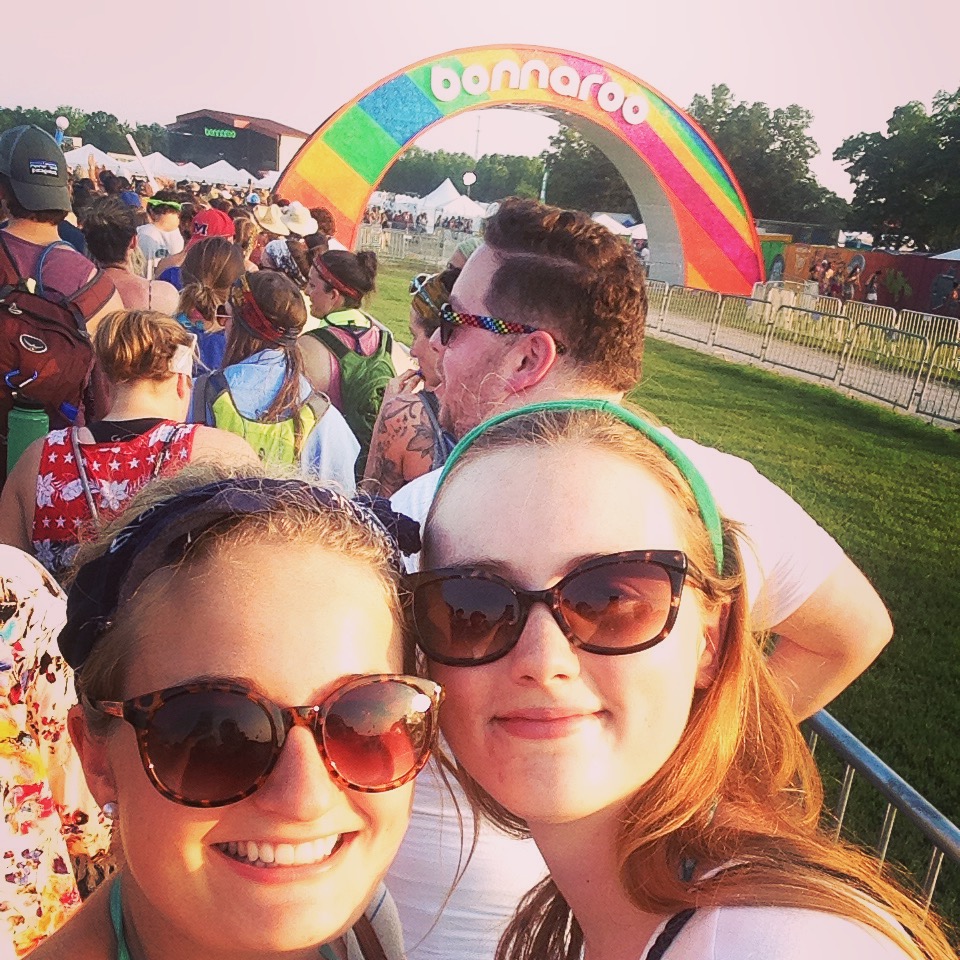 My two friends and I started our journey on the 12-hour drive to Nashville the Wednesday before the festival started. We stayed in a hotel for the night in Nashville before the festival started at Aloft West End which I would highly recommend as an affordable and centrally located hotel in the middle of the city for anyone visiting Nashville. They also have a 12pm check out time, which is just awesome when you want to sleep in after a night of partying. We also saw Tove Lo in the lobby with her gang of tall Swedish band members, so that was pretty legit.

We went to Edley’s Barbecue for dinner, which was also amazing and inexpensive, right in the middle of midtown Nashville. Even though we were in the city for less than 24 hours, I fell in love with Nashville rather quickly, mostly because if I lived there, I could drown my body in pulled pork every day of the week. There is so much going on, especially with regards to live music, every single night in Nashville.

After the short tour of Nashville, (which included a glimpse at the complex that Taylor Swift calls home, don’t worry I didn’t take a crap on her lawn) we were off to Manchester to start off the Bonnaroo experience on the Farm.

I was most excited for Moon Taxi, Mumford and Sons, Tove Lo, Childish Gambino, Kendrick Lamar and Trampled by Turtles. The number of shows was overwhelming, but we managed to see a majority of all of the artists that we wanted to.

Because we opted for a late check-in time, we were put in a “campsite” that was farther away from “Centeroo” than others, but we also only had to wait about 20 minutes to be processed for entry while others reported waiting for more than 5 hours. A little extra walking every day was worth it in my opinion, as it helped me feel better about the daily slice of pizza that I stuffed in my face and was long enough to enjoy a beer. Being on the outer edge of camp also made it easier to get out when the festival was over. 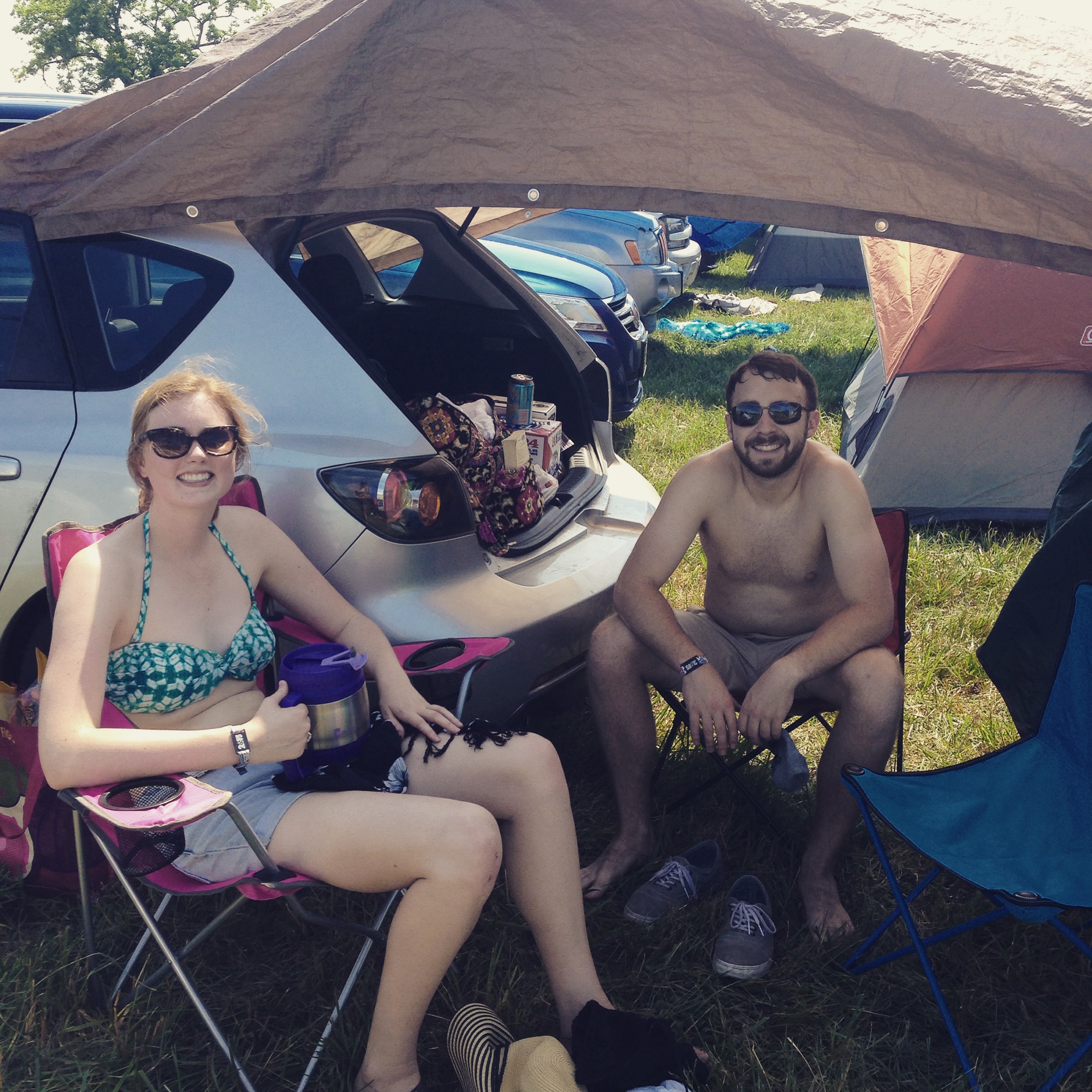 The festival was HUGE. More people than I could ever imagine were roaming about, drinking, eating and overall just having a great time There are multiple tents and stages set up all around Centeroo, with hundreds of food truck options to choose from as well as crafters and artists selling their pieces. My personal favorite items were the Greek food from the international foods tent, spicy pie pizza and the Nomadic State of Mind rope sandals. The list goes on and on but there’s really no explaining the number of options available to the Bonnaroo goer. 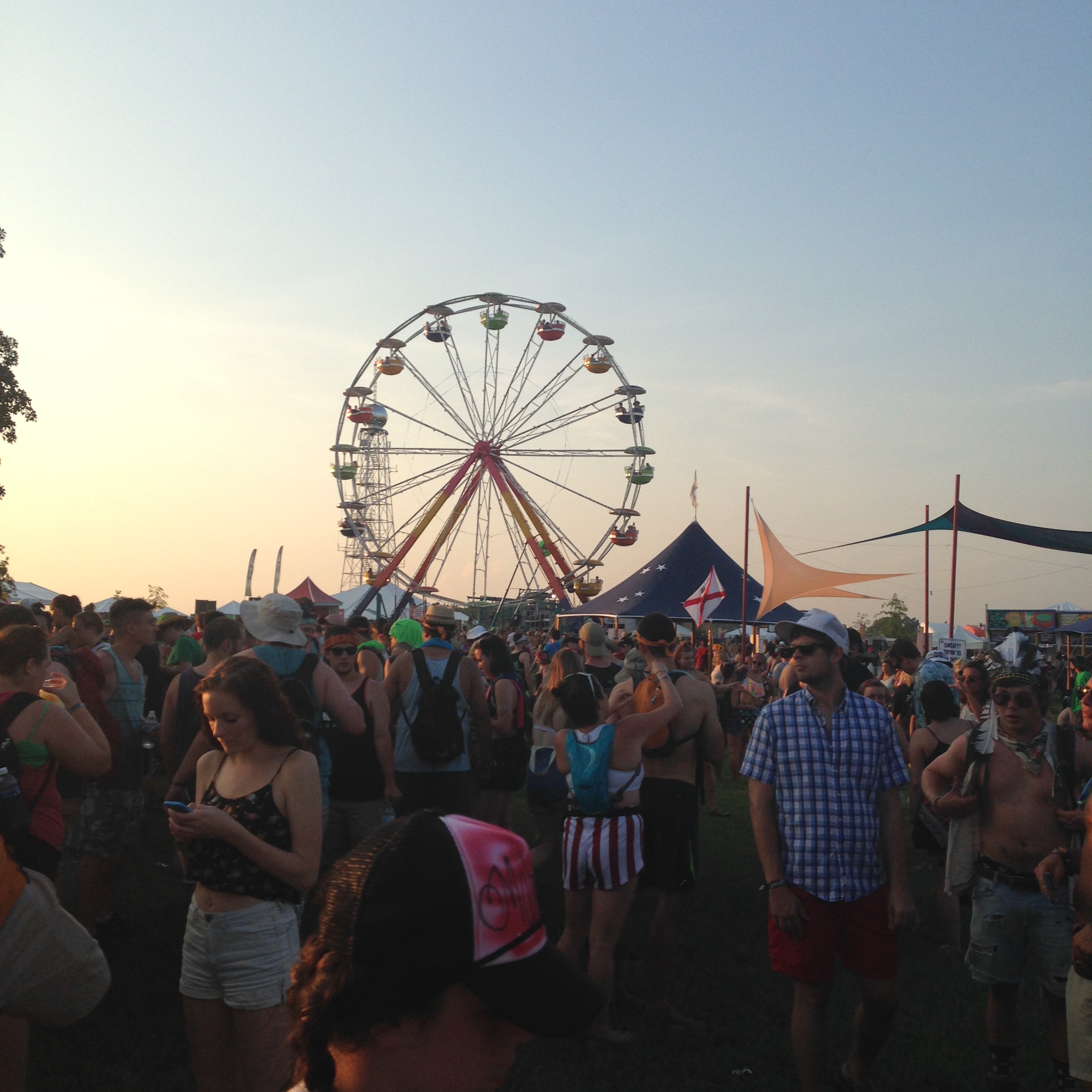 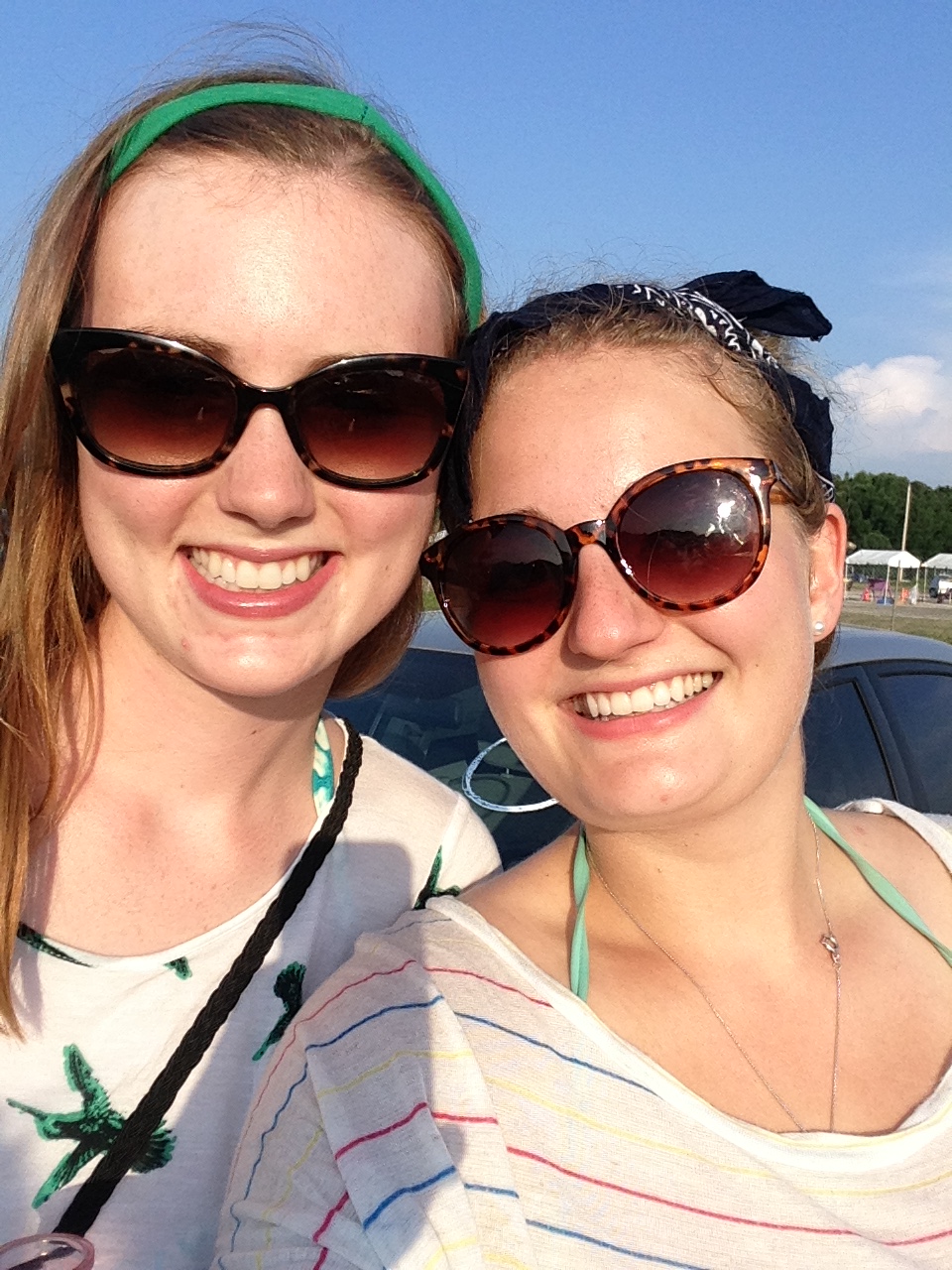 It was very hot the entire long weekend that we were there, making drinking water to stay hydrated absolutely essential. I brought SPF 70 sunscreen and a huge floppy hat and still got extremely tan after four long days of exposure.  We made a makeshift awning to get extra shade back at the car to prevent getting burned while hanging around waiting for shows to start.

Thankfully Bonnaroo has various shade tents set up around the main event area and some of the stages are shaded, but I would still recommend bringing serious sun protection. 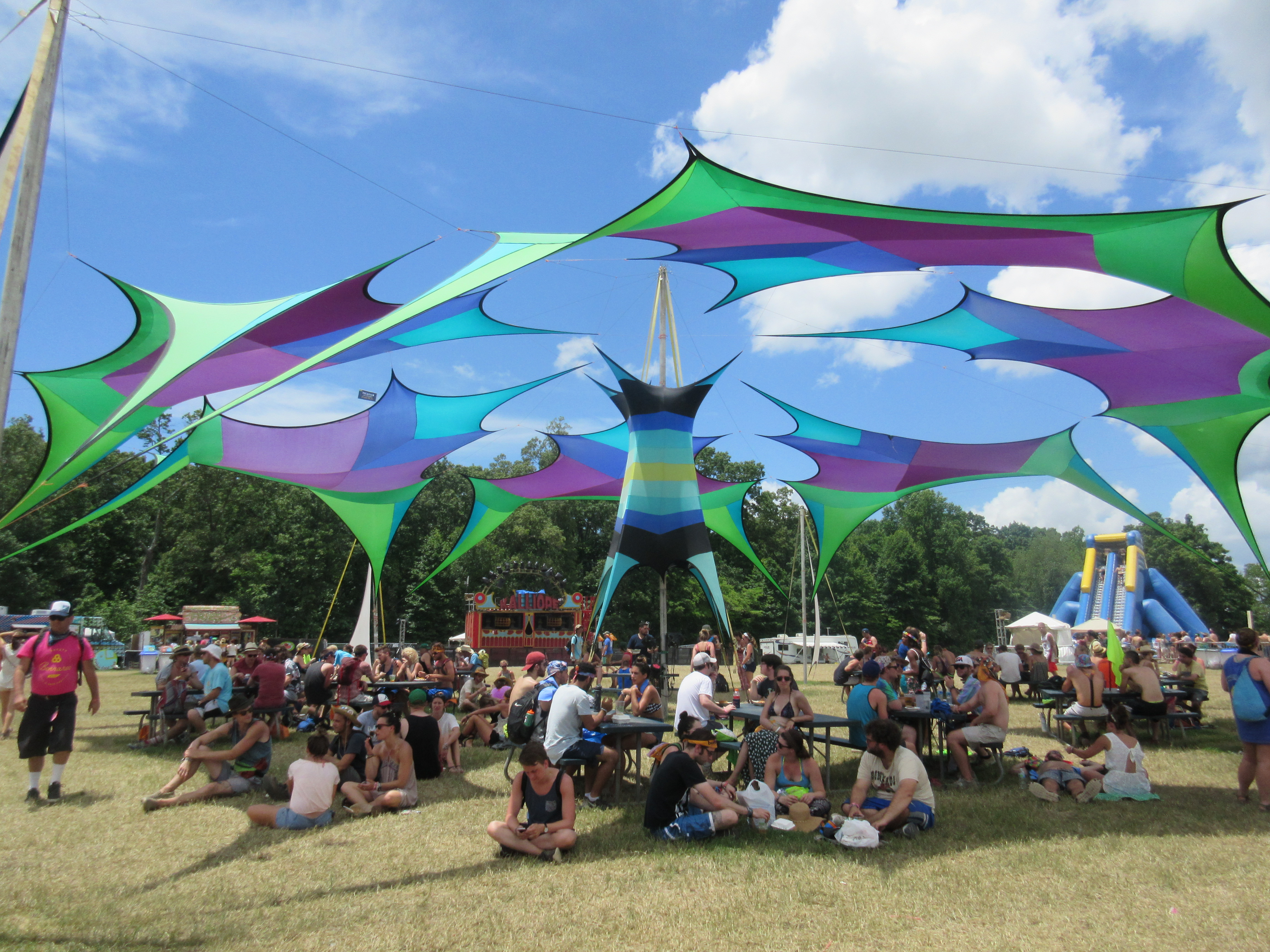 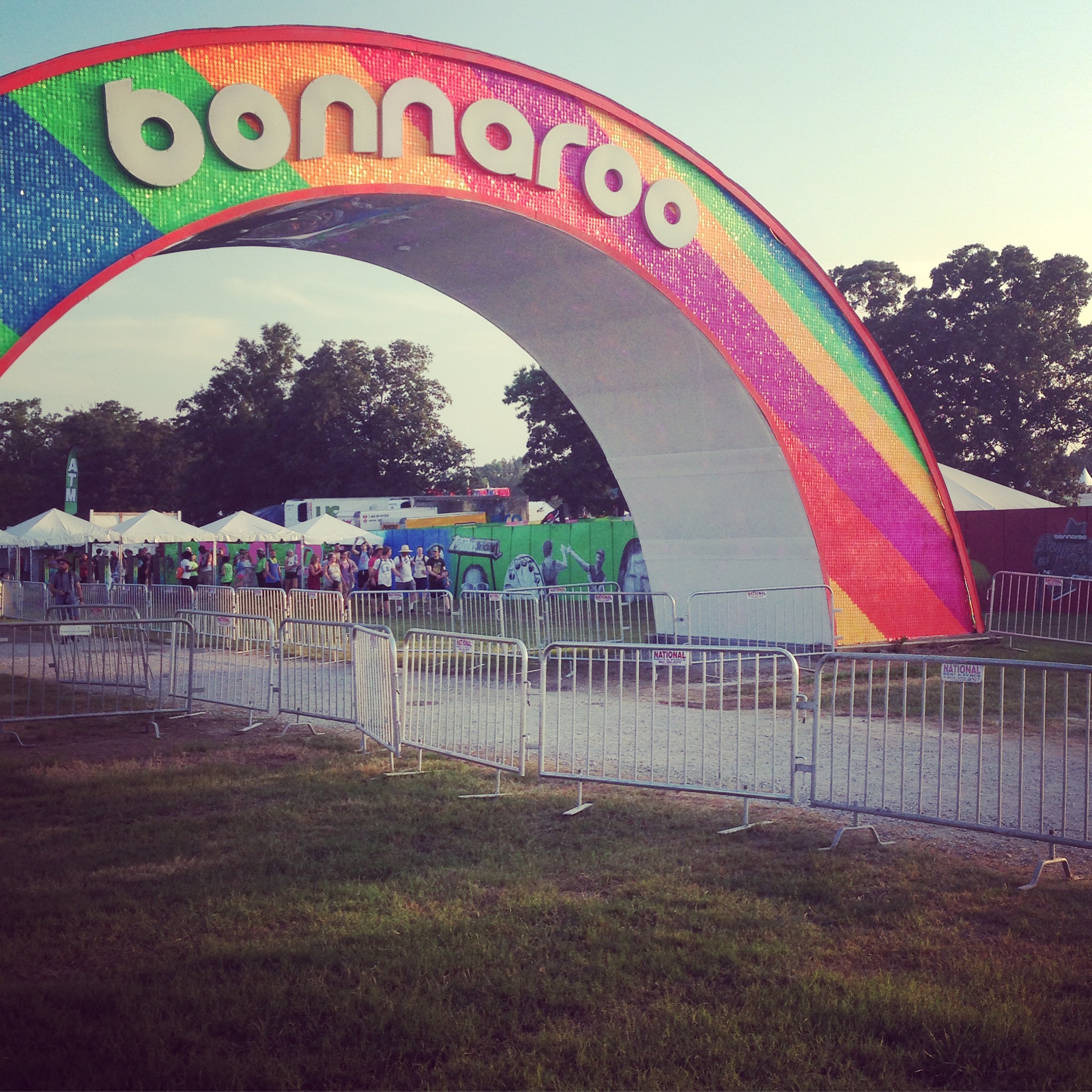 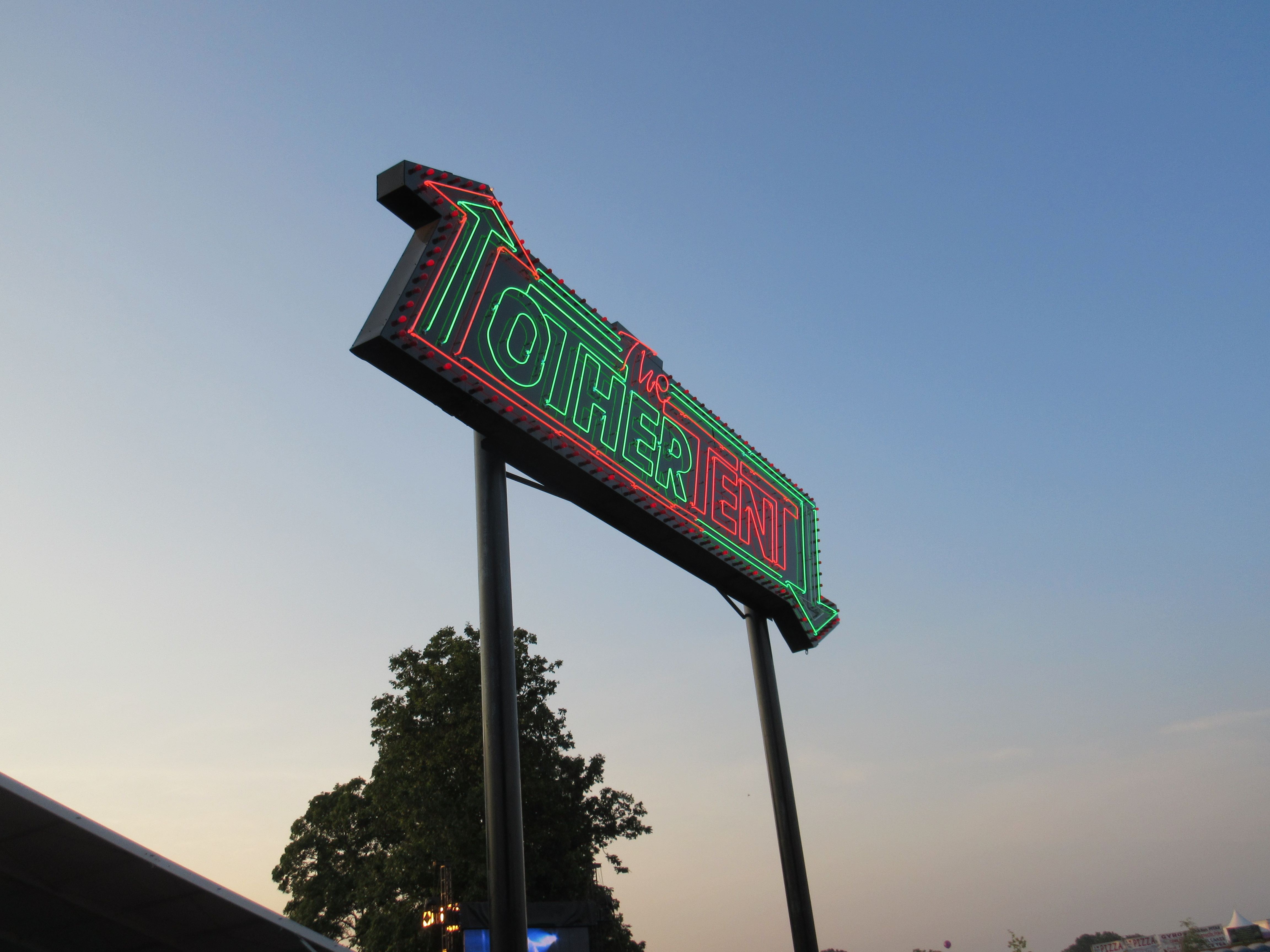 There is a mushroom fountain in the middle of Centeroo that many people run around in during the day to rinse off some of the dirt and grime from the day and to just in general cool down after baking under the sun. We went in it every day and it was a lifesaver during the hotter parts of the day. We also would fill up our 1-gallon water jugs and use them to take minimalist showers to get somewhat normal every day, which worked better than I expected. One group of guys had a watering can that they used for a shower, a brilliant idea. 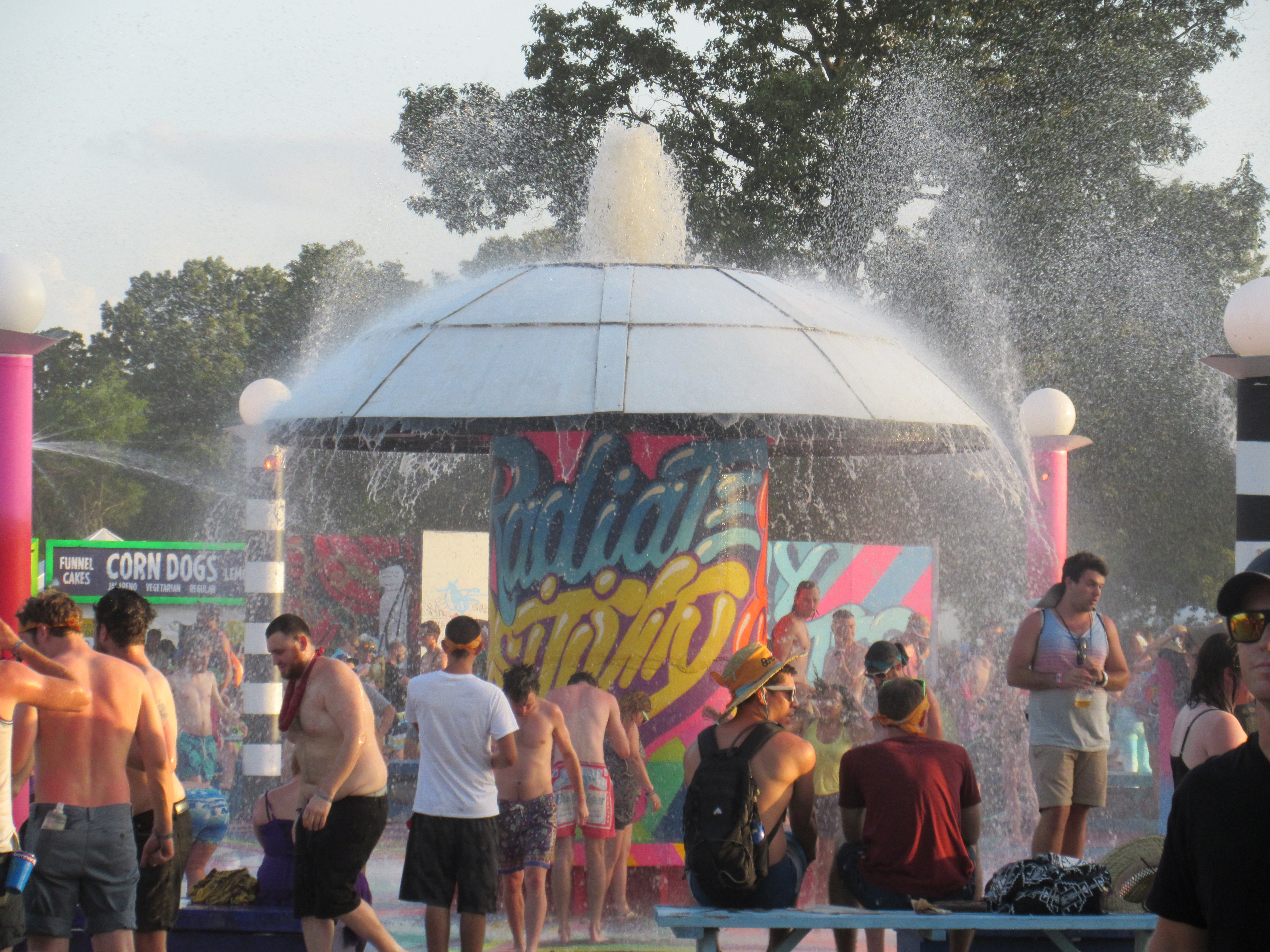 The music was really incredible, and a few artists that I hadn’t heard of before the festival that I really fell in love with after seeing their live sets include (links are to their SoundCloud pages) Temples, Sylvan Esso, Brandi Carlile (Ok I had heard OF her, but never listened to her music before) Caribou, Jamie XX and Alabama Shakes.

Alabama Shakes was probably one of my favorite performances, along with Trampled by Turtles. 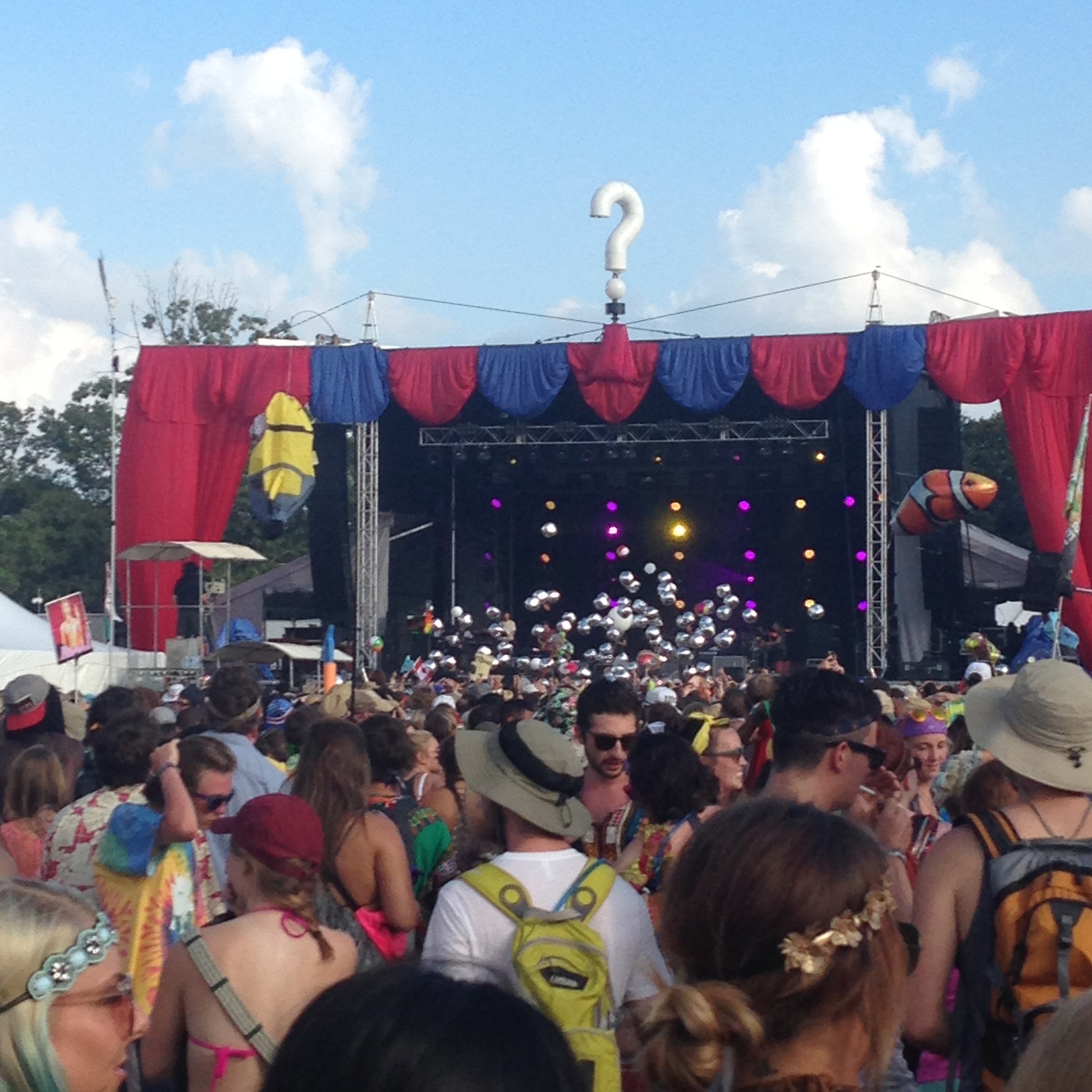 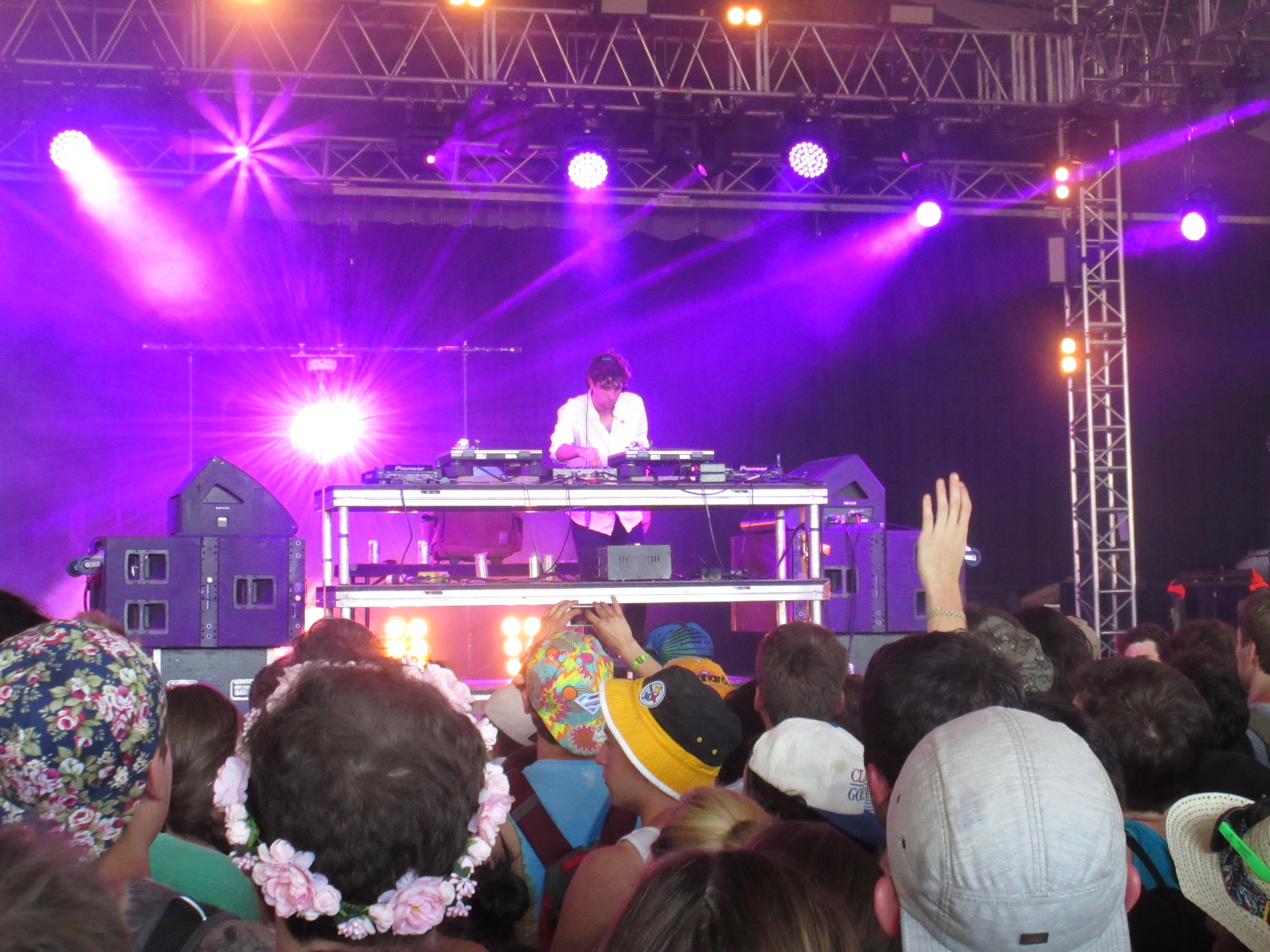 I would definitely recommend the Bonnaroo experience to music enthusiasts, but it is definitely not for everyone, especially those who cannot function off of little sleep and who are prone to heat exhaustion. It was so much fun for me and my friends, definitely the experience of a lifetime.

The highlights video I made for Bonnaroo 2015: Please subscribe to my channel!