As a kid, there was nothing I hated more than long car rides with my family. I usually got carsick, fought with my brother, or grew irritated with my parents and resorted to my adolescent coping mechanism of tuning everyone out, listening to angsty songs on my CD player as we drove on and on.

This all changed once I became an “adult” and started taking road trips with friends. The long drives that I once loathed became the best time for showcasing my DJ skills via the aux cable and talking about every topic under the sun. I look forward to packing the car to the gills, loading everyone in and taking off to explore a new place and get lost along the way.

We rented a car from OK! Rent a Car in Madrid. The company picked us up from the airport and brought us to the hotel where they kept the cars. It was a very reasonable price when split between 5 people, and the process was seamless. We set off and drove to Cacéres, a major city in the region of Extremadura in western Spain. 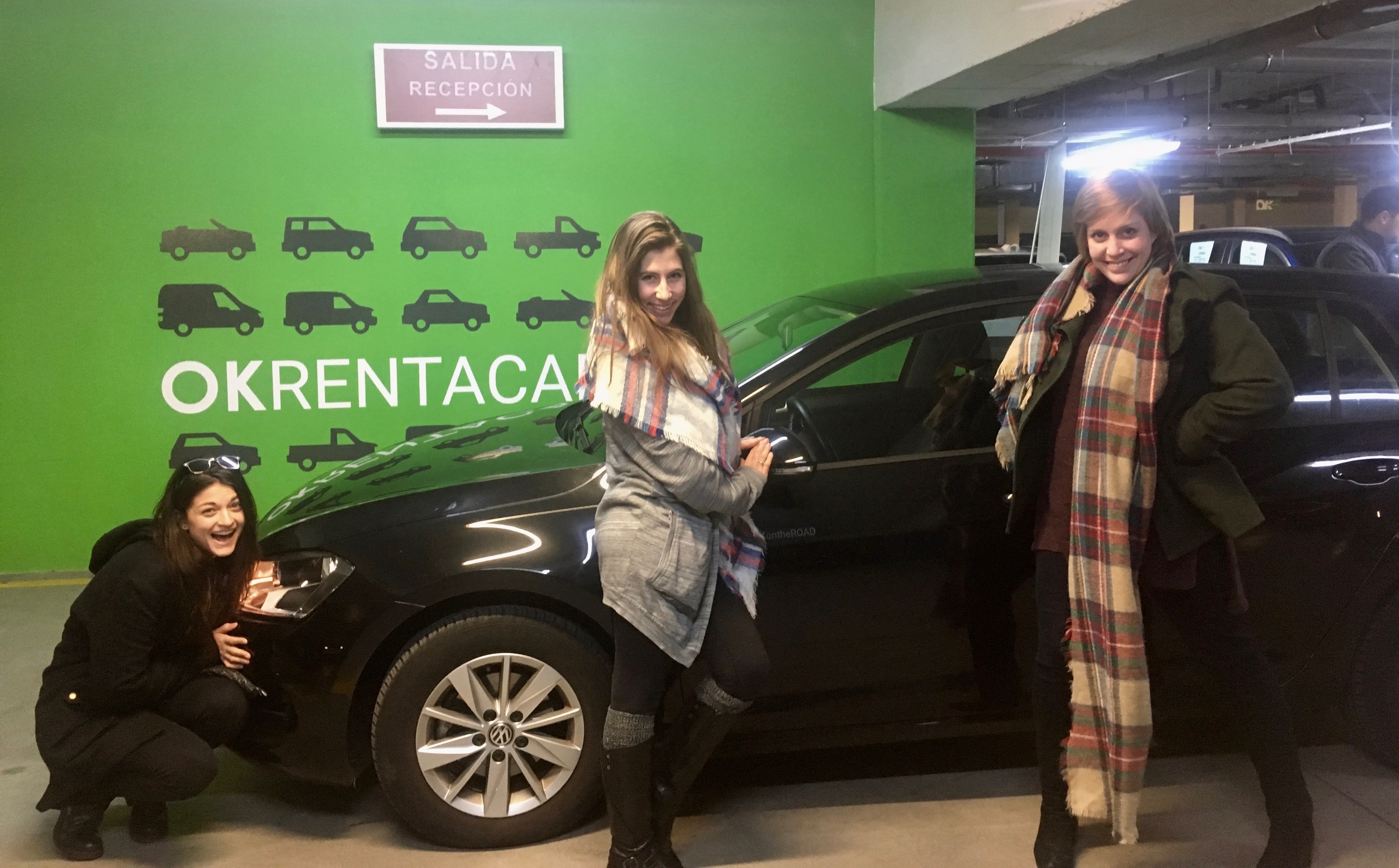 We arrived late Friday evening, checked into our Airbnb and walked a short distance to the center of the city, where we found a strip of cool bars that were lively and had lots of seating. We settled on La Traviata – a really cool bar with Moroccan style decorations, great wine and cocktails and lots of comfortable seating. It was a great way to spend the evening in Cacéres, and I was pleasantly surprised by the amount of nightlife in the small city – the presence of the university definitely helps.

The morning after maybe one too many glasses of 2€ wine, we were in need of a solid breakfast to fuel our day of walking around the medieval city, and lucky for us the sun was peaking out of the clouds. We made our way to the town square and found a restaurant with outdoor seating. Being from Minnesota, a place that is frozen solid from November-April of every year, being able to sip a fresh squeezed orange juice and a coffee in the sunshine, outside, in January, is absolutely fantastic. I had pan con tomate (toast with tomato) and jamón Jabugo – a famous ham from the Extremadura region. It is said that the best ham in Spain comes from this region, and it was definitely delicious! The pigs for this sort of ham are free roaming, eat acorns and other rich feed options and have generally better lives than pigs in the United States or other places. 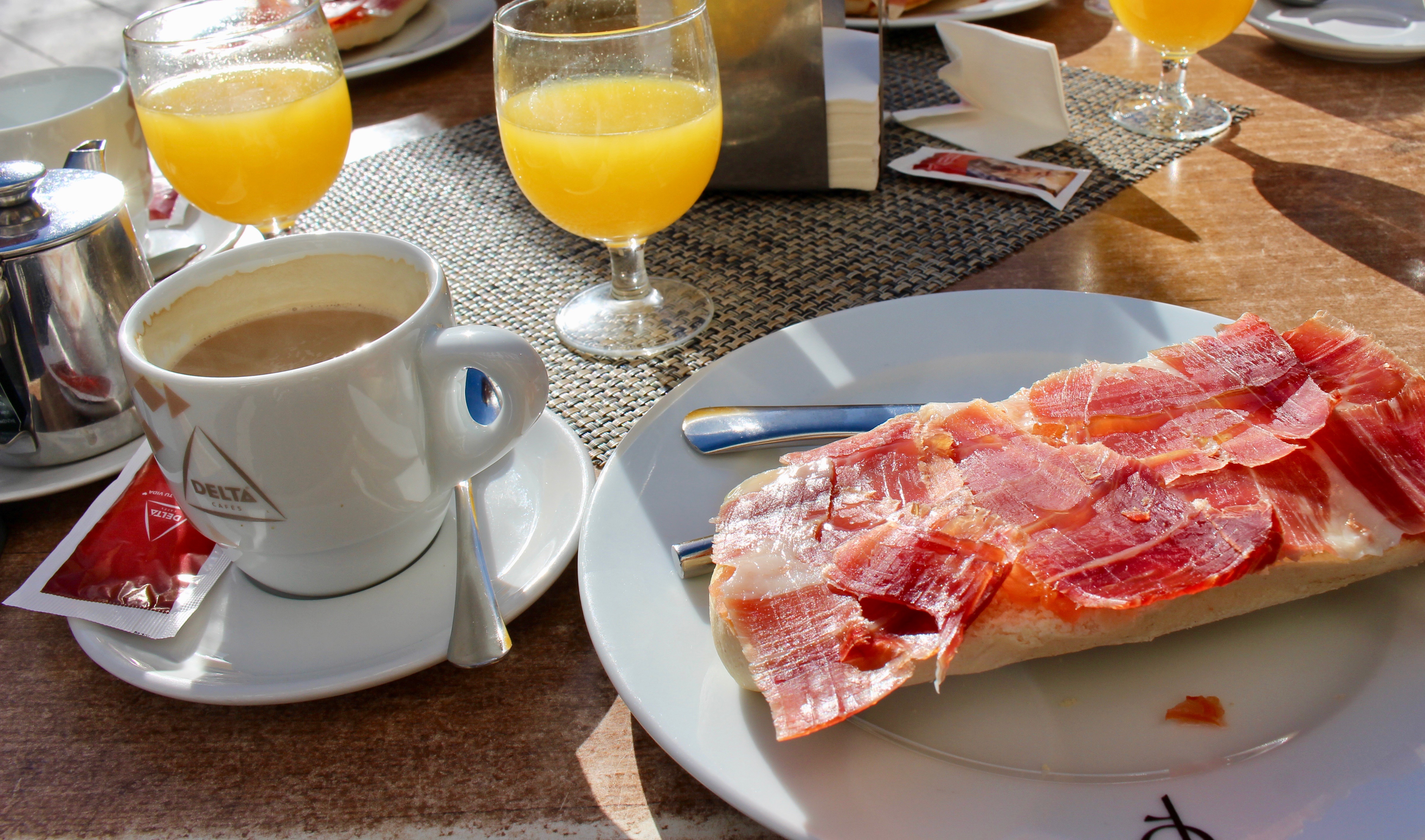 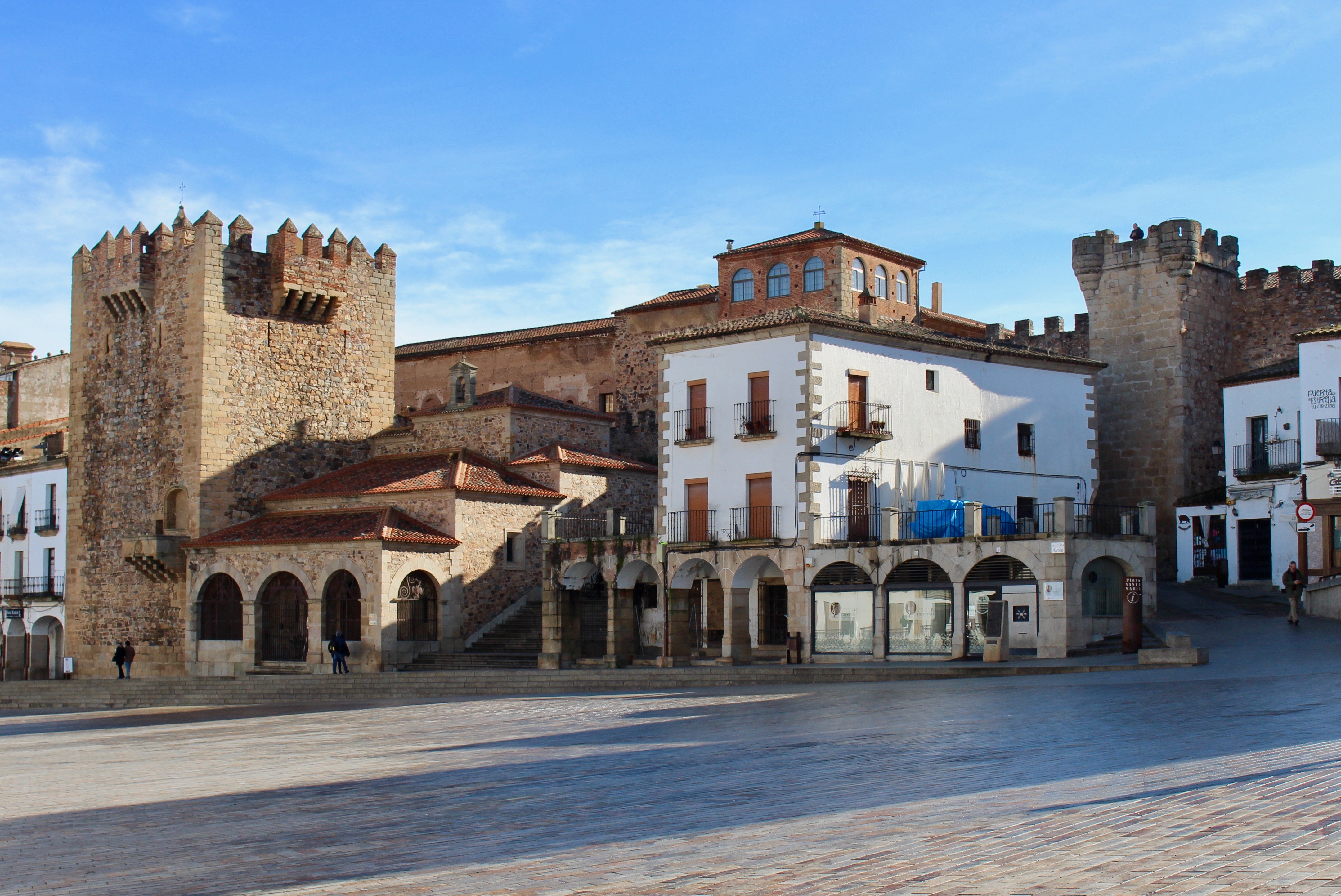 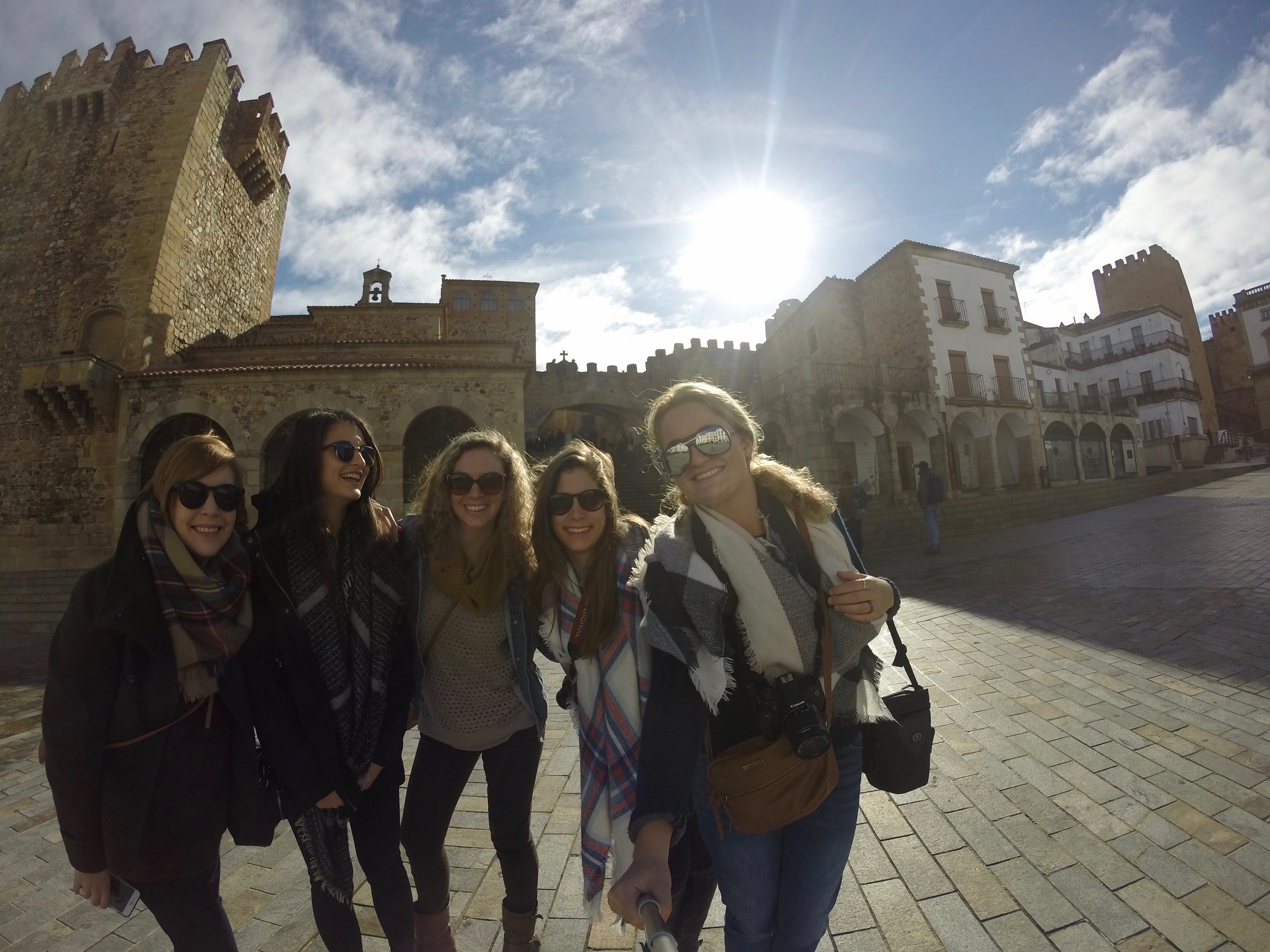 The great thing about Cacéres is that it is a much smaller, less touristy city, so it is the perfect place to visit for just one day. We didn’t feel like we had to rush from museum to castle to walking tour. We could just meander within the 13th century city walls, and we made the climb up narrow spiral stairs to the top of San Francisco Javier church, which had a beautiful overlooking view of the city and rolling hills beyond. 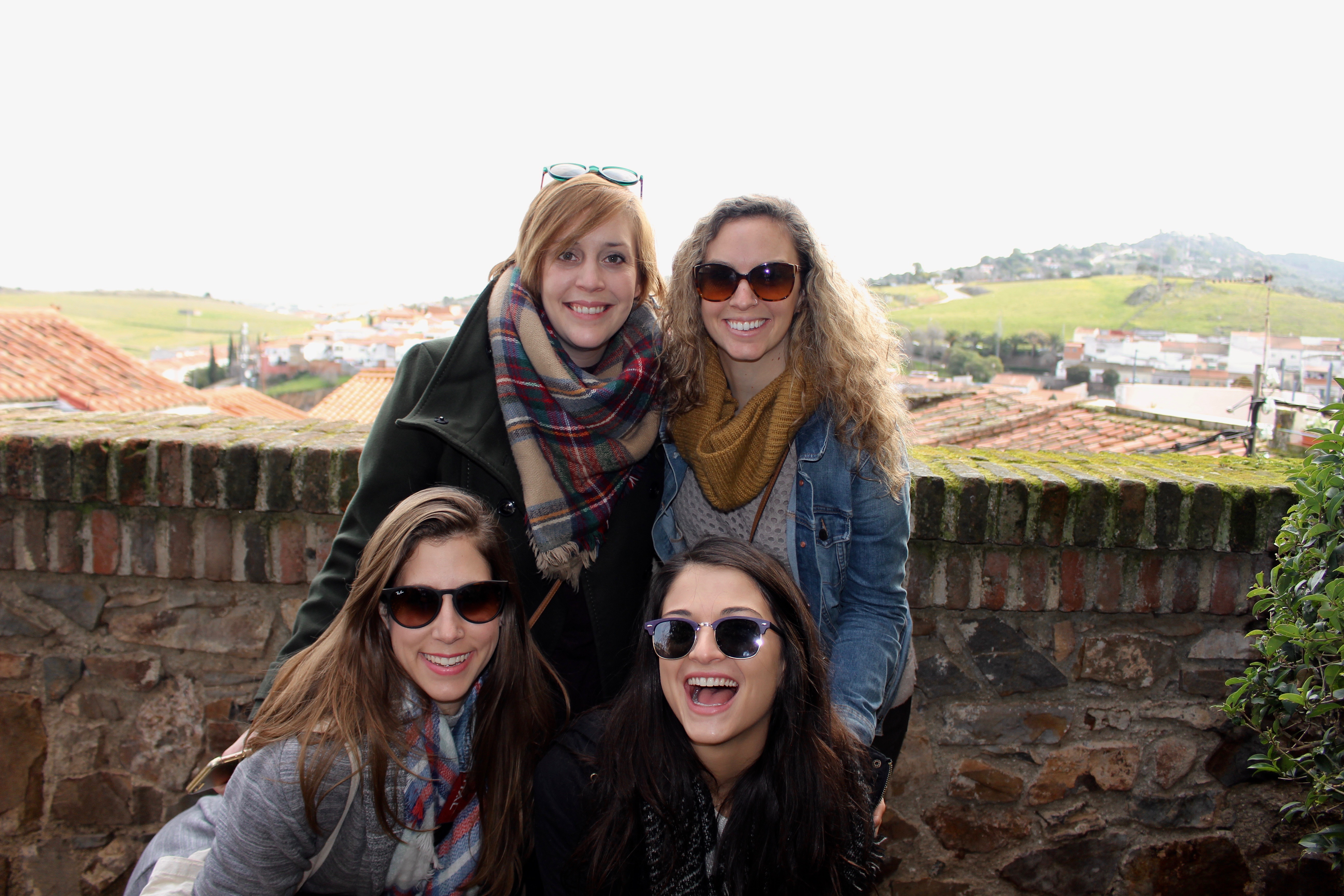 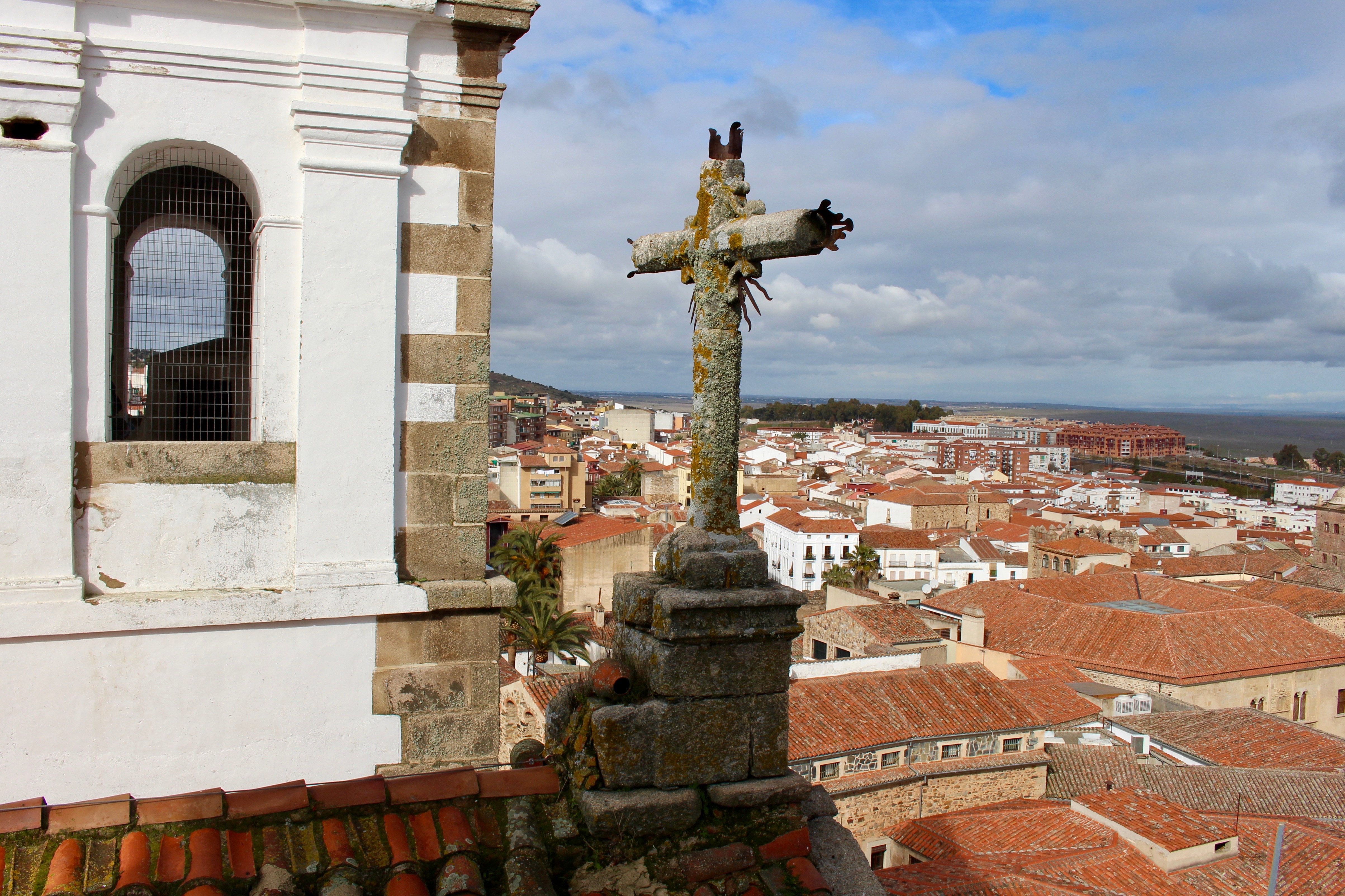 After spending ample time walking around the city, we headed back to our trusty rental car, piled in and began the journey to Trujillo – another medieval city back in the direction of Madrid. 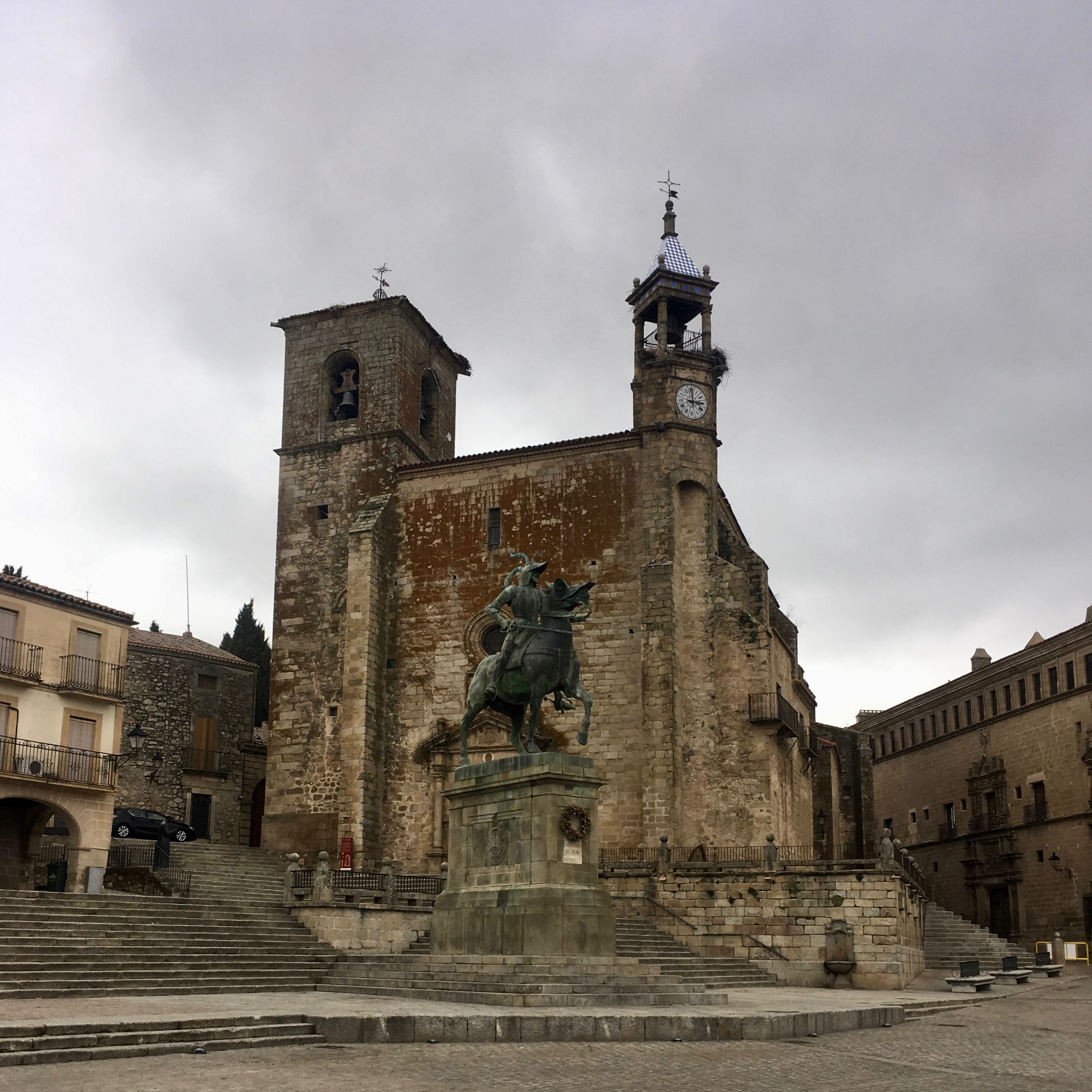 Stopping here for lunch not only gave us the chance to tick another city off the list, it was also a lovely spot to have lunch and take a break from the road in for a few hours. The main plaza has a giant statue of Francisco Pizarro, the infamous conquistador of the Incan empire, who was born in Trujillo in the 15th century. 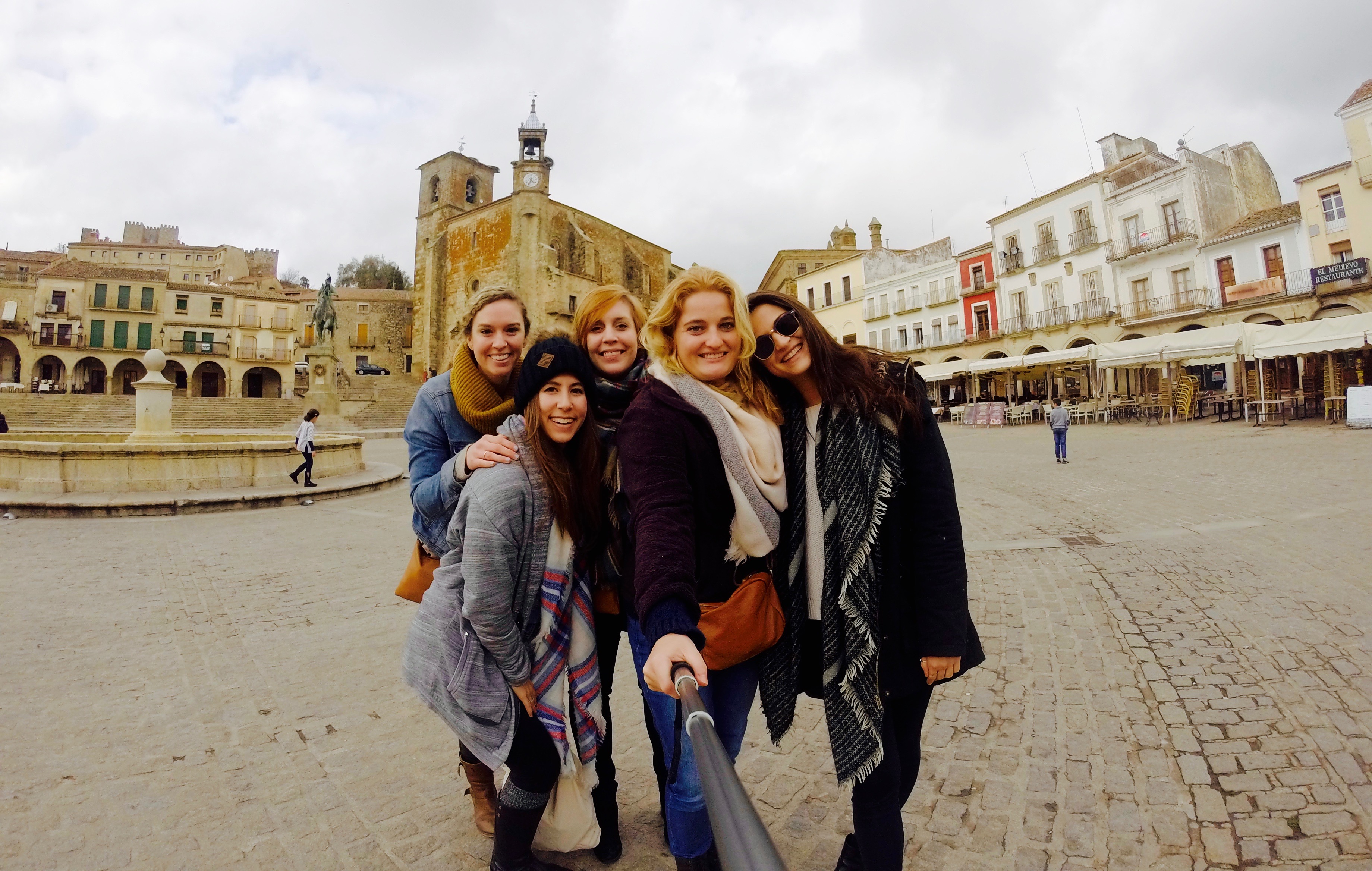 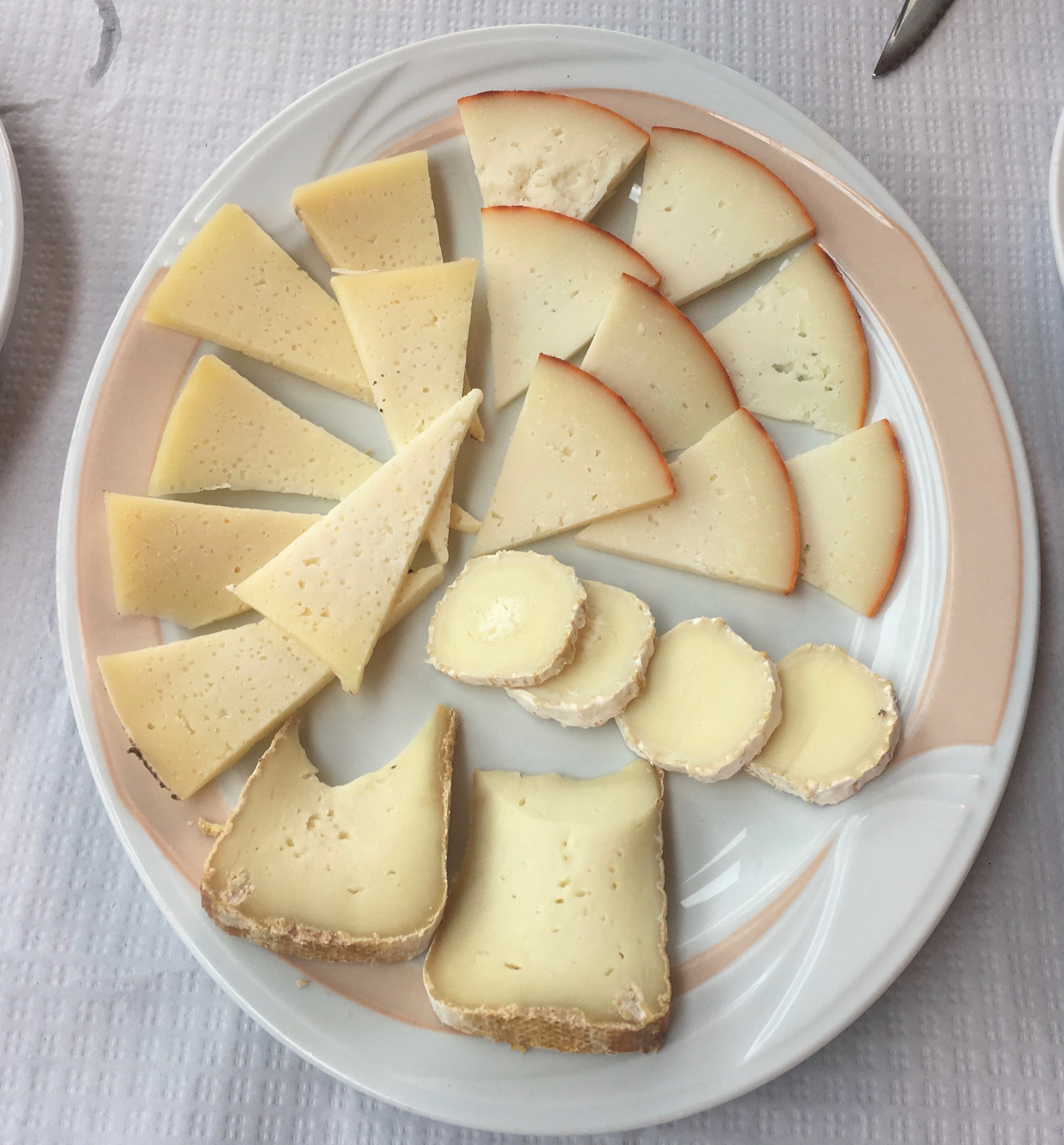 Overall, a visit to Cacéres and Trujillo makes for a great weekend trip out of Madrid that doesn’t require a lot of planning. And a road trip with new friends is one of the best ways to spend a weekend. 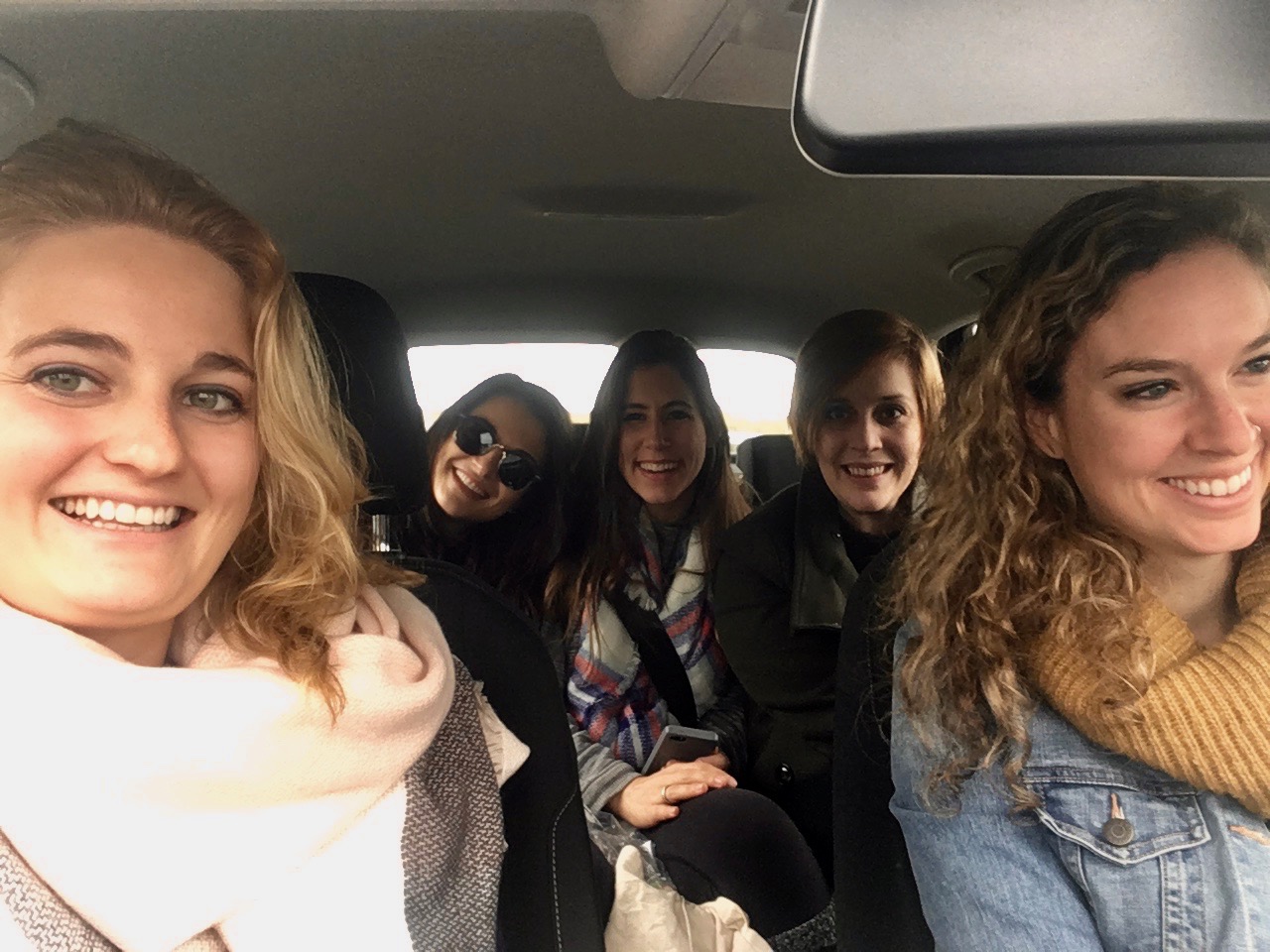