We first got SCUBA certified in a freezing cold lake in Minnesota, where the water touching the smallest bit of surface area of the skin burned like being stabbed with a frozen knife. From there, it only got better, with a week spent diving in the tropical waters of Roatán, Honduras, earning college credit on a glorious vacation with some close friends. 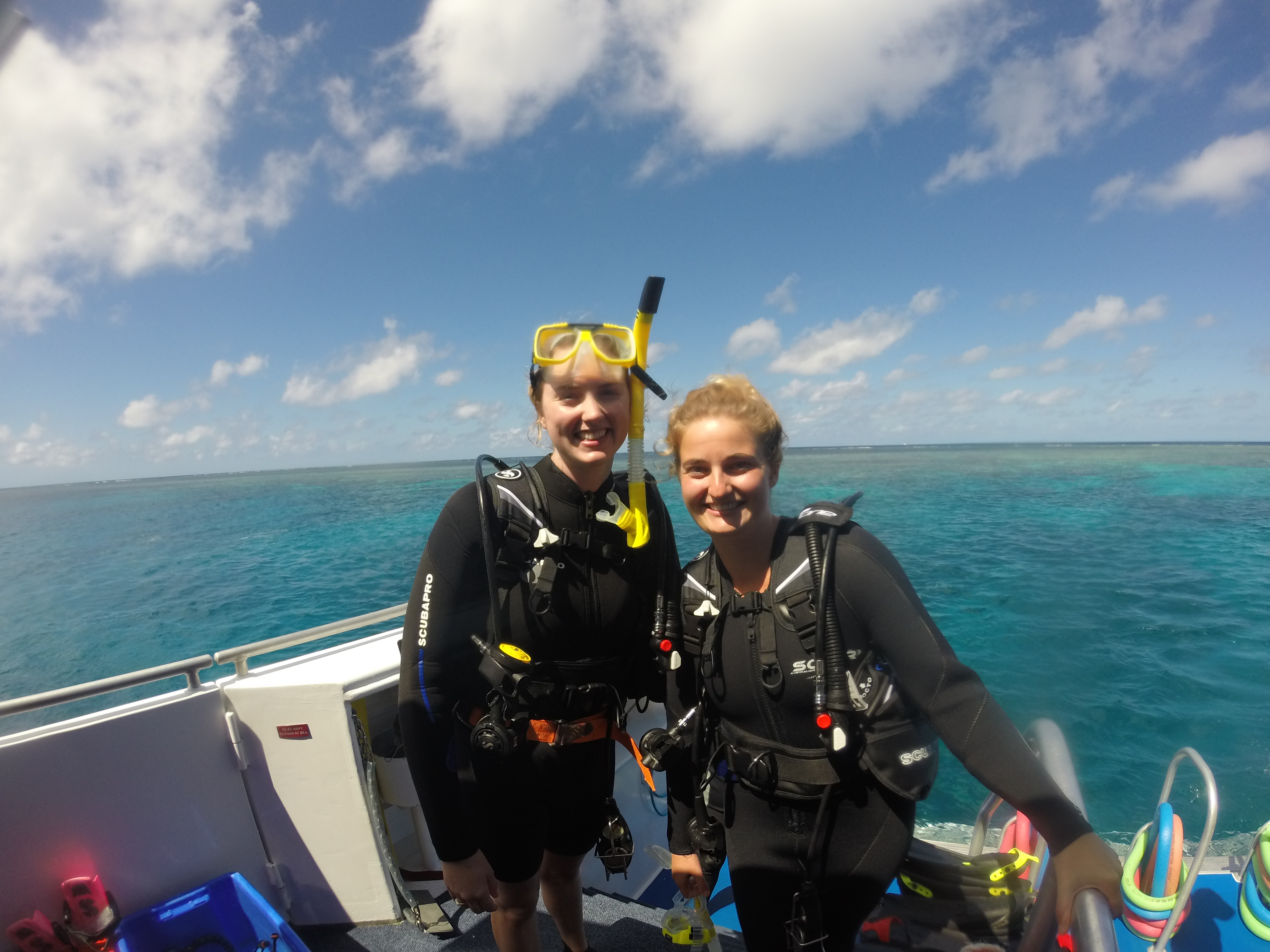 This past August, it was time to cross a major diving destination off the bucket list: The Great Barrier Reef.

The Great Barrier Reef has been in the news a lot lately, and sadly, it’s more for negative reasons than positive. I’ll admit, I was nervous that we’d be going out for a day of diving in dead coral, a tragic wasteland beneath the waves. I had to see it, however, regardless of the condition. Passion for ocean conservation has been a driving force in my life – from being a founding member of the Marine Biology Club at the University of Minnesota, which led me to some incredible friendships with fellow marine biology and conservation enthusiasts. 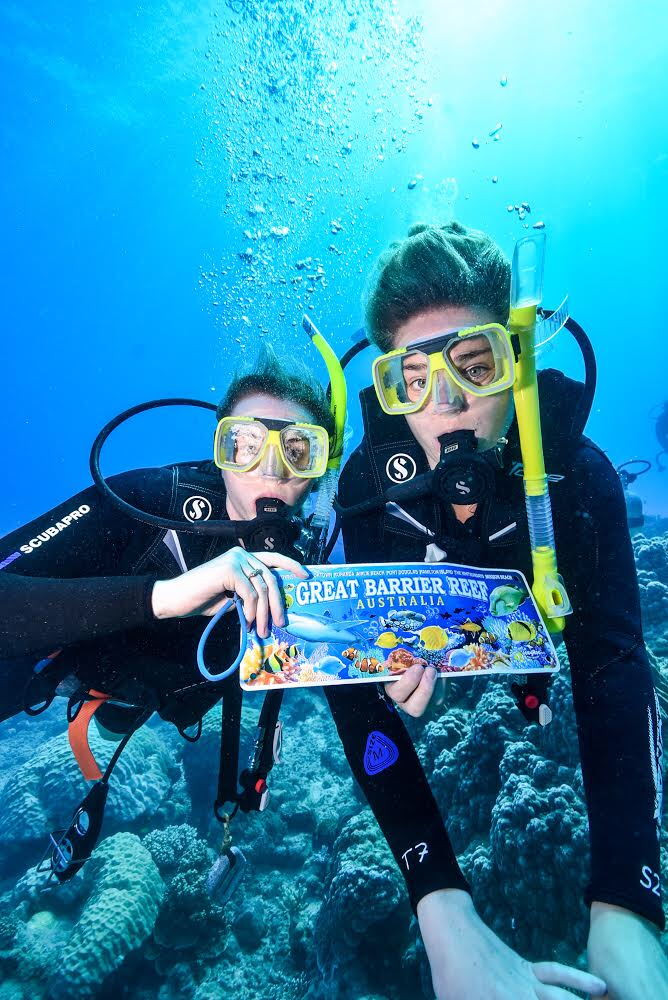 We headed off bright and early from the marina in Cairns onto a large power catamaran with Tusa Dive, our chosen dive company for the day. For 3 dives including a huge buffet lunch, all equipment, and tanks, as well as an instructor to take us around with a small group. They had wetsuits and equipment in every size, so there was no stress in finding the perfect fit for the day. 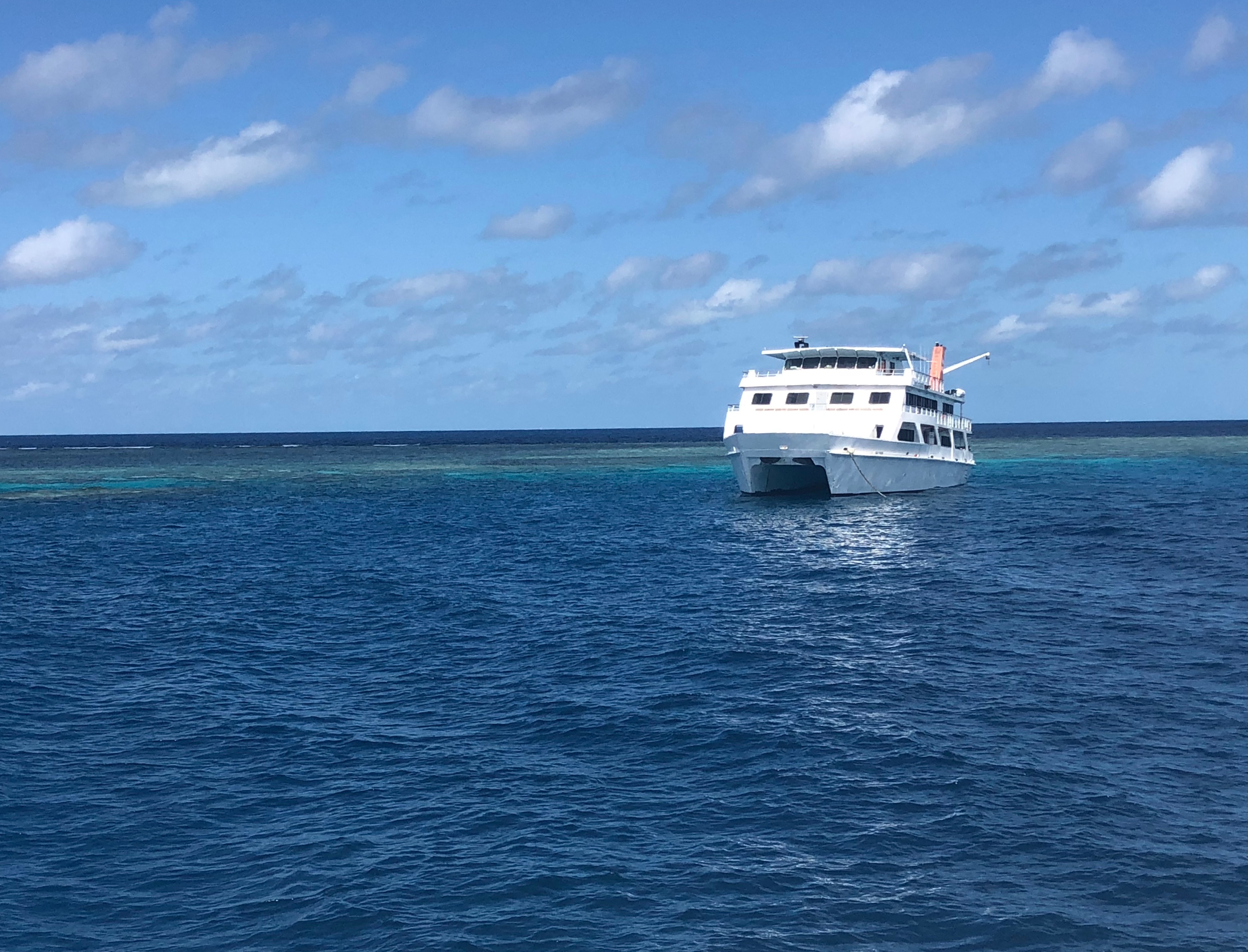 From massive corals to a Potato Grouper quietly swimming along, lots of fish and sea cucumbers, as well as some Christmas Tree Worms (one of my favorites) there was a lot to see during our dives. No sharks or any huge marine life, but it was still exciting just being out there, under the water exploring the largest living system in the entire world. The parts of the reef that we went to were stunning, not affected by bleaching and had a decent amount of life still visible. 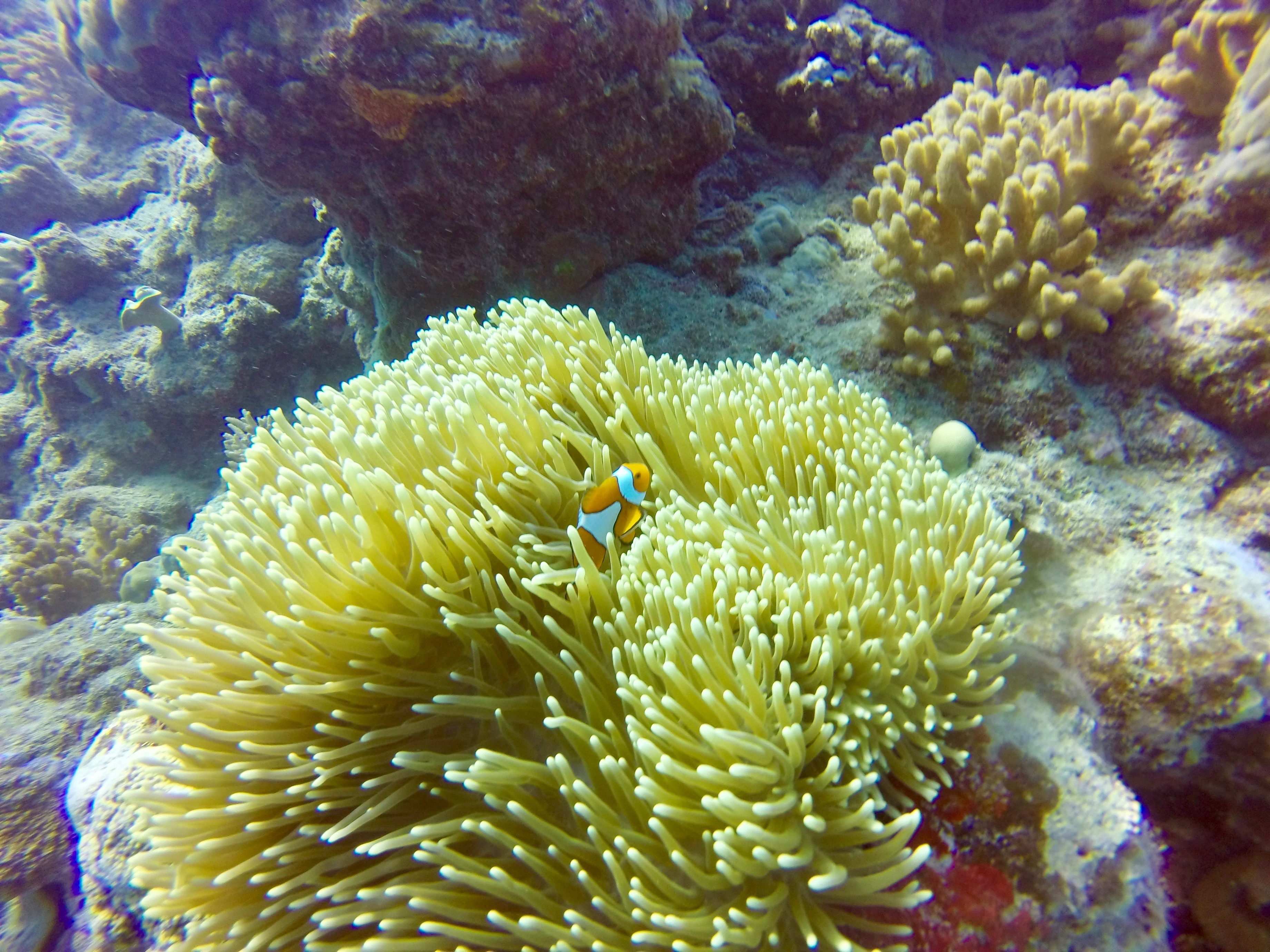 Being able to breathe underwater is a thrilling sensation that never gets old. Scuba certification is something I think everyone should earn since it opens up a whole new world to explore and would encourage more and more people to care about our oceans and water systems around the world. I want to return to the Great Barrier Reef someday, and I hope that it hasn’t been destroyed by climate change and pollution. 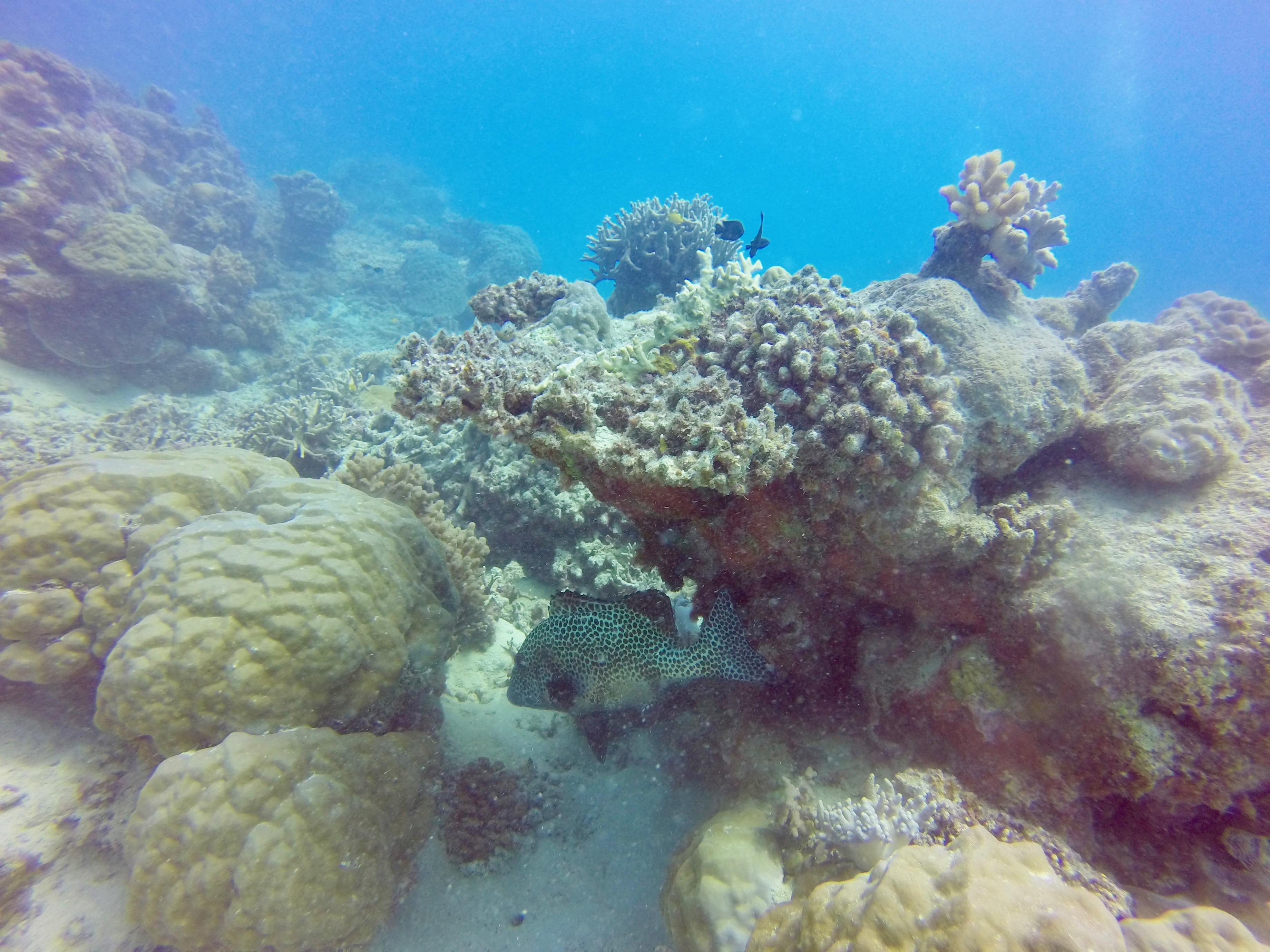 While we are in a serious, and scary time for the health of our oceans and coral reefs, it’s not too late for us to do something. Demanding change from corporation and politicians, being better ourselves, and putting our money and energy into conservation efforts will play a role in saving this beautiful place. Instead of feeling helpless and hopeless, I wanted to end this post with a list of ways we all can make a difference by making small changes in our everyday lives.

How to Save Our Oceans & Coral Reefs

Are you also a diver? I’m always looking for suggestions on the best spots to go diving and would love to hear your stories – leave a comment below! xx