Tucked away in Basque Country in the north of Spain is the charming city of Bilbao. While not nearly as well-known as Barcelona or Madrid, it is the fourth most populated city in the country and is full of incredible things to see, do, and in true northern Spain fashion, EAT!

I spent just over a day here a few weekends ago, and despite the rain, I had a great time exploring this city (and checking it off my list!)

Designed by Frank Gehry (who also designed the Weisman Art Museum on my university campus) this museum is quite the sight to see. It looks like a giant boat that is brilliantly integrated with the city backdrop. There are flames that shoot out of the fountains surrounding the building every night, as well as different sculptures around the exterior of the museum.  The construction of the museum had a huge impact in the surge in tourism to Bilbao. 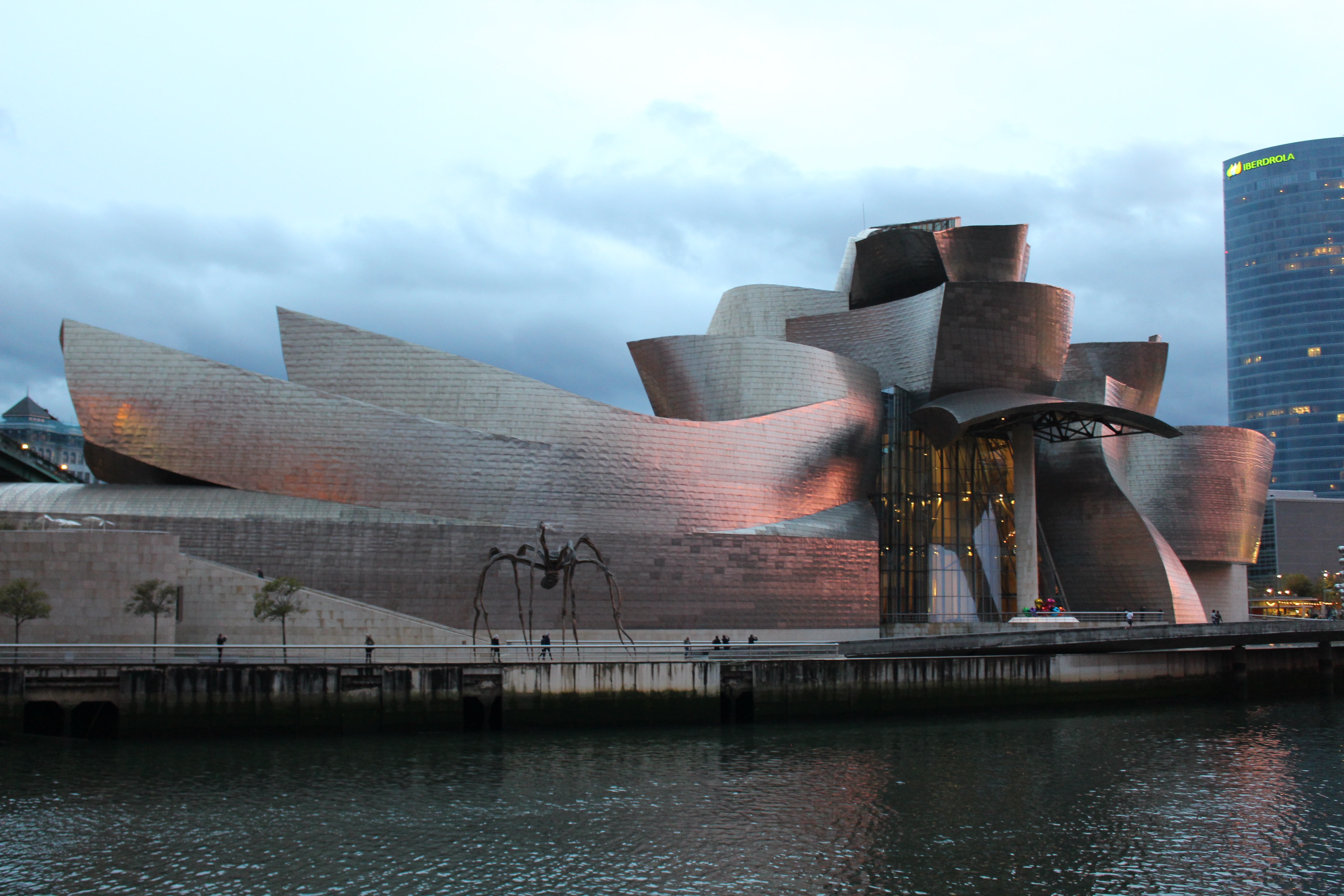 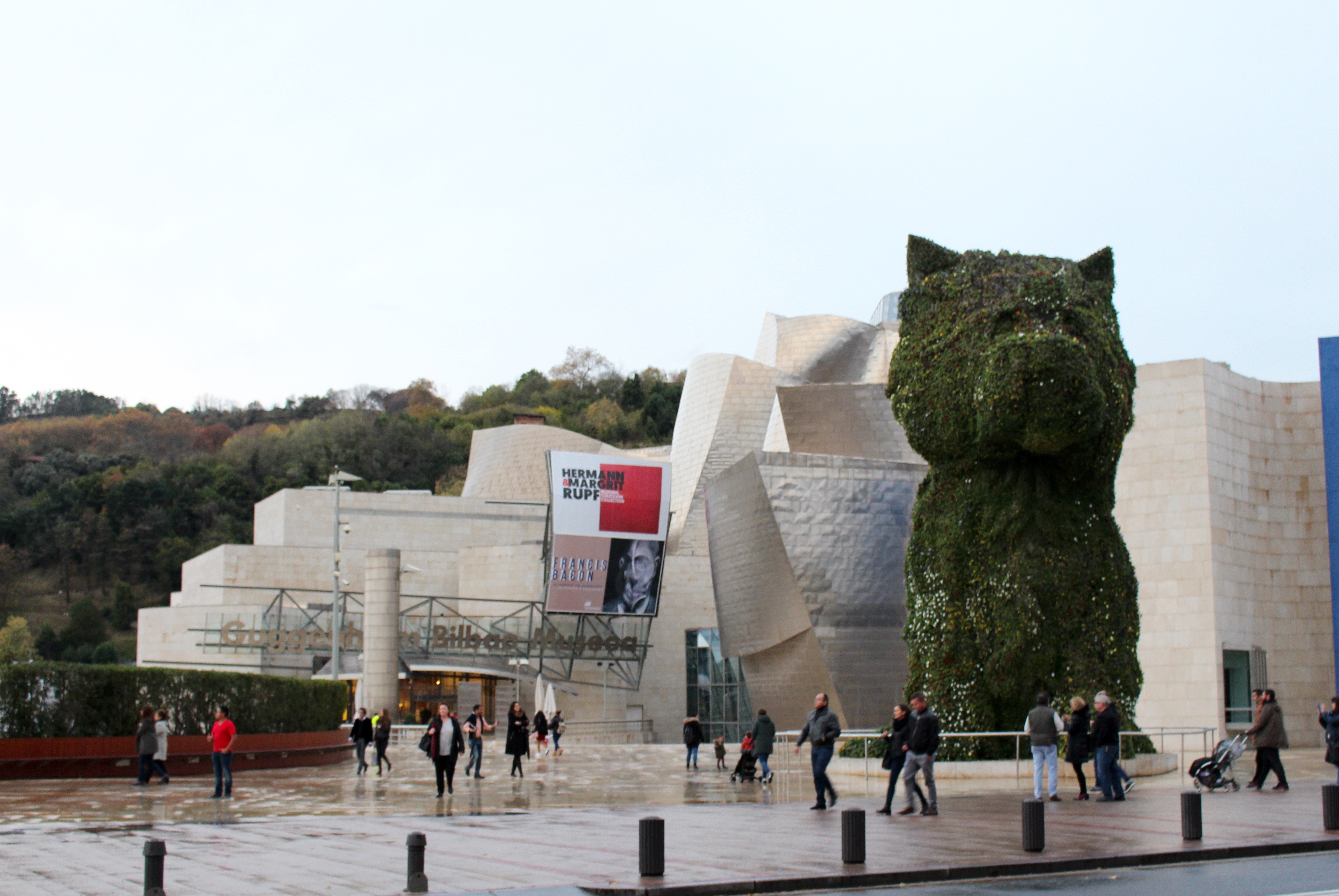 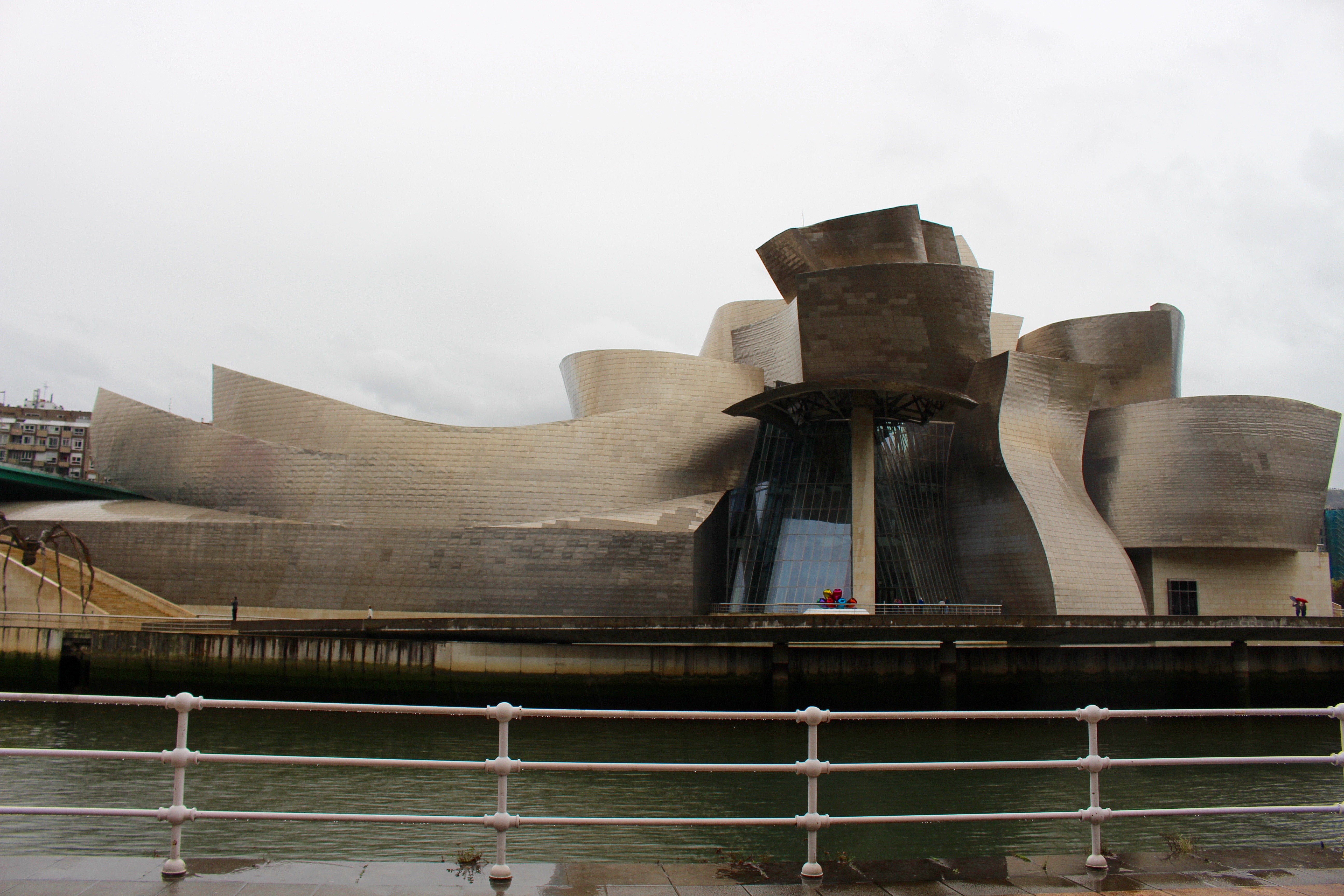 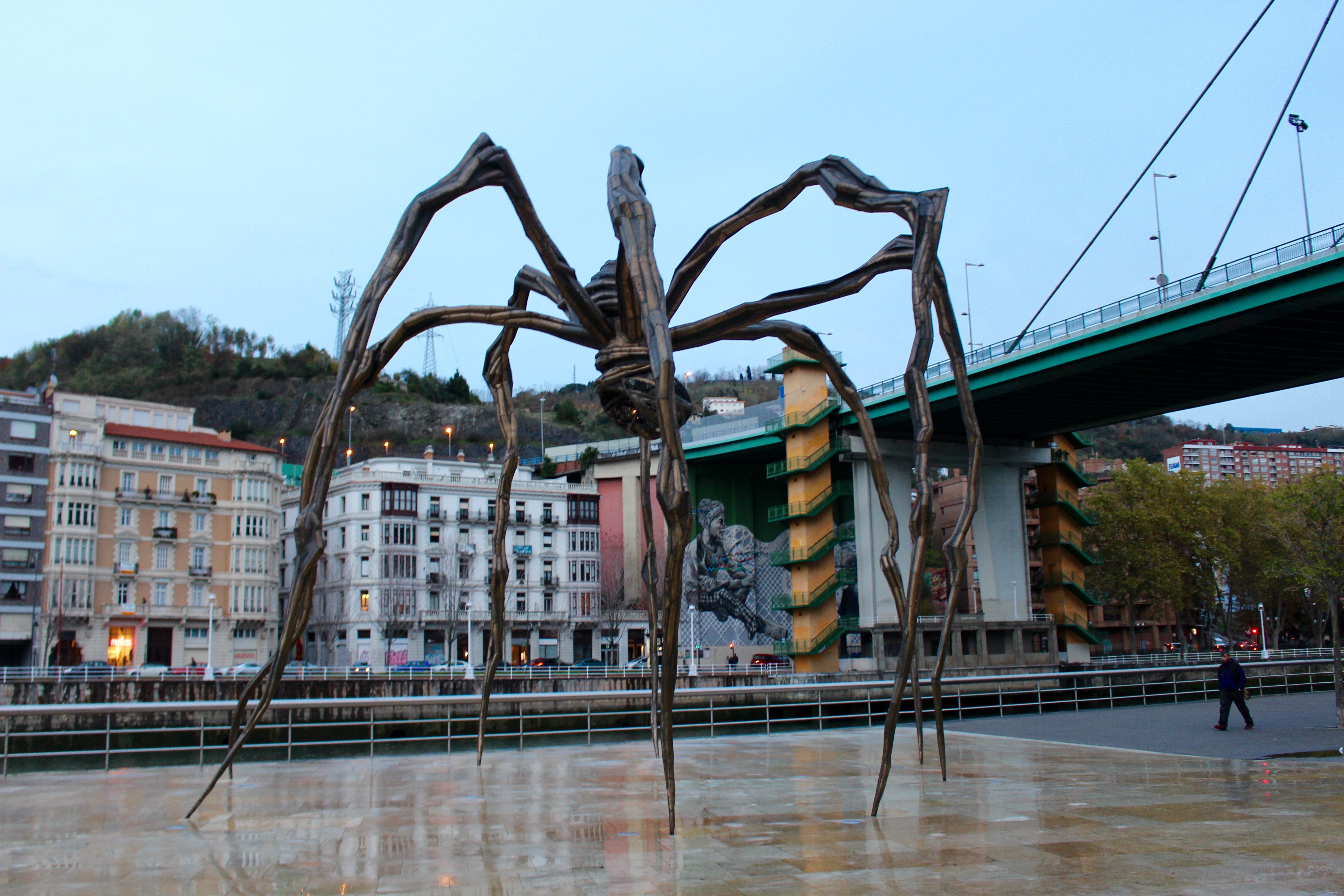 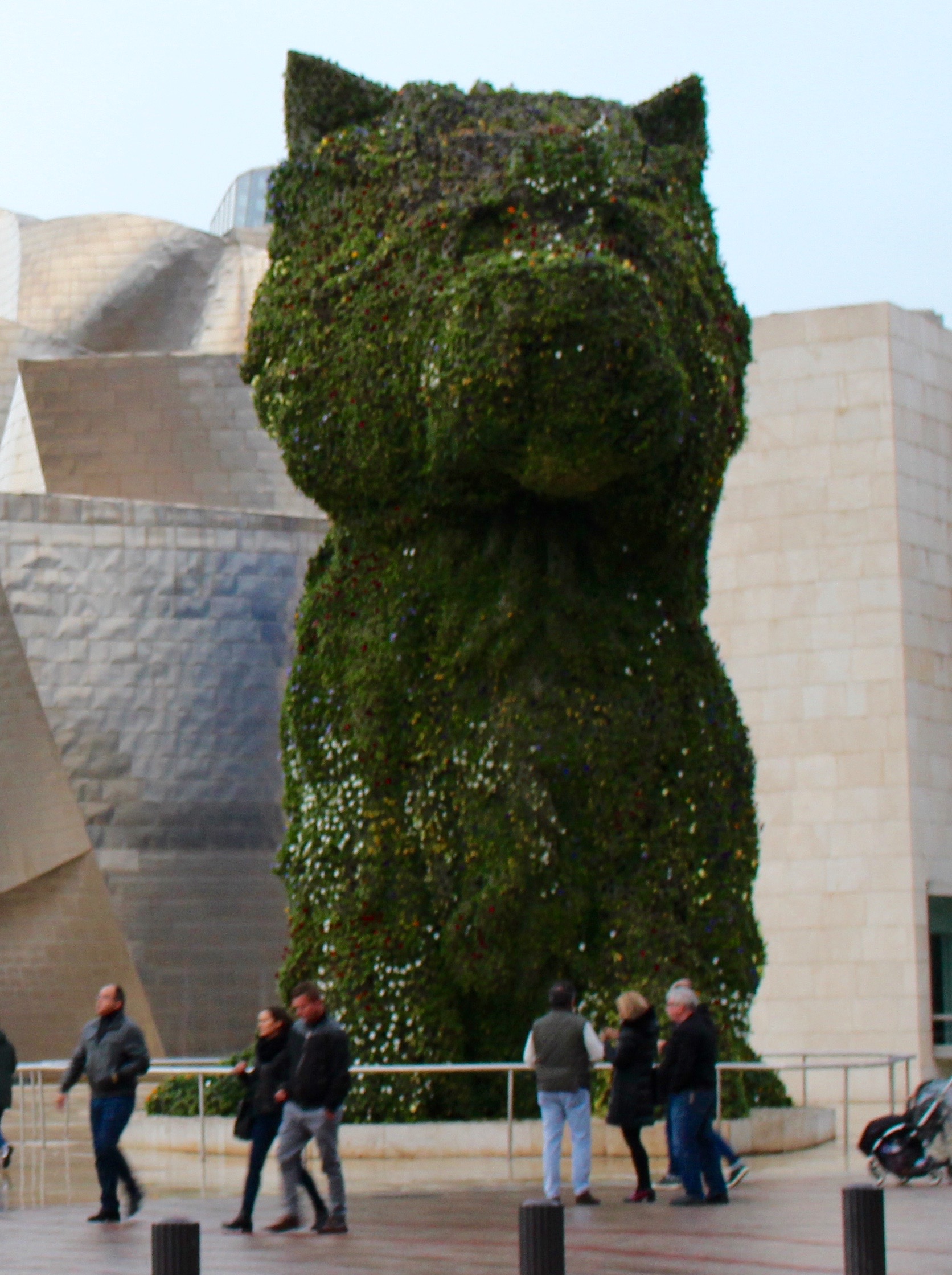 A cool bridge adjacent to the Guggenheim museum which spans across the river in Bilbao, there is a lot of street art spray painted on the underside and an elevator to gain access to it from the north side of the river. 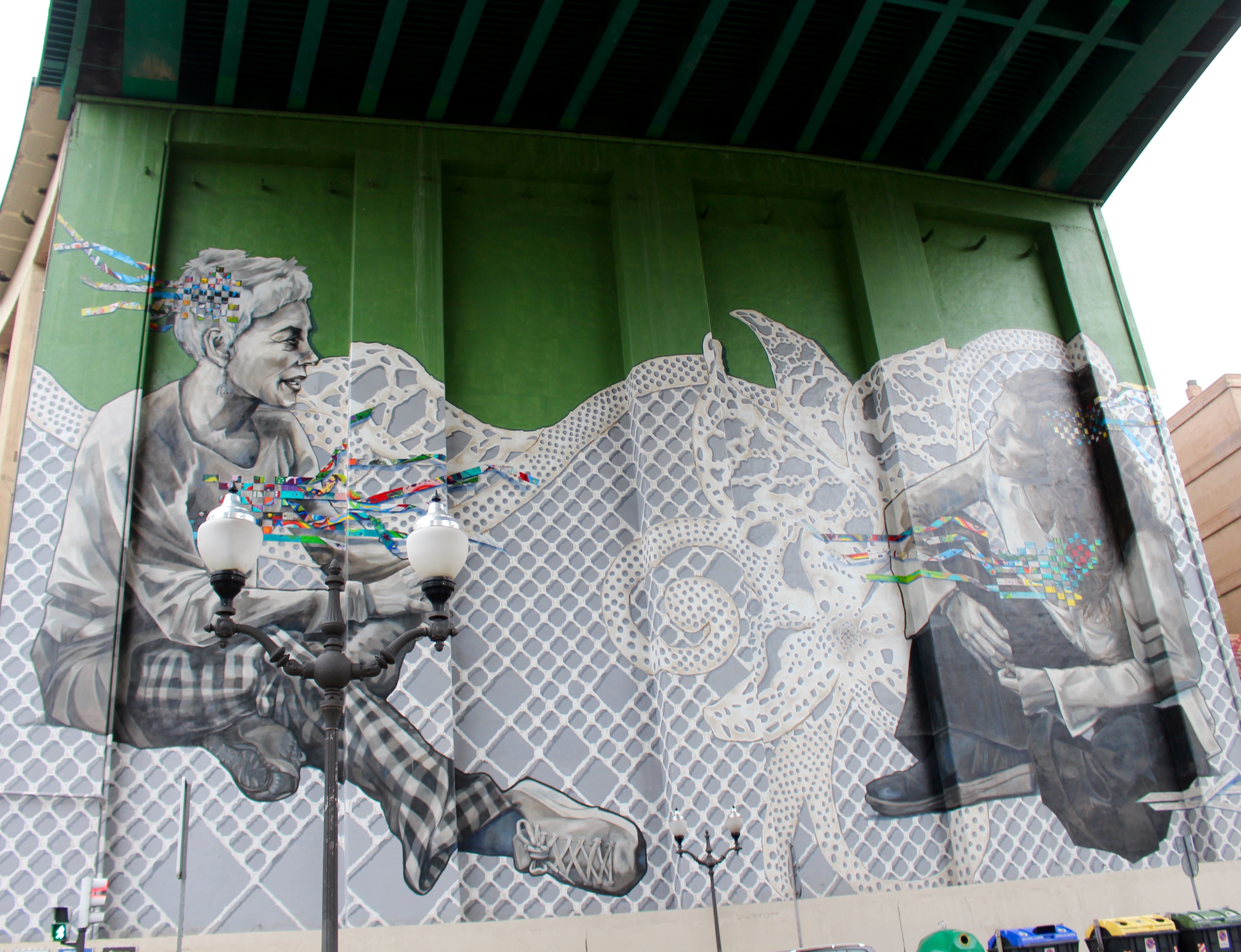 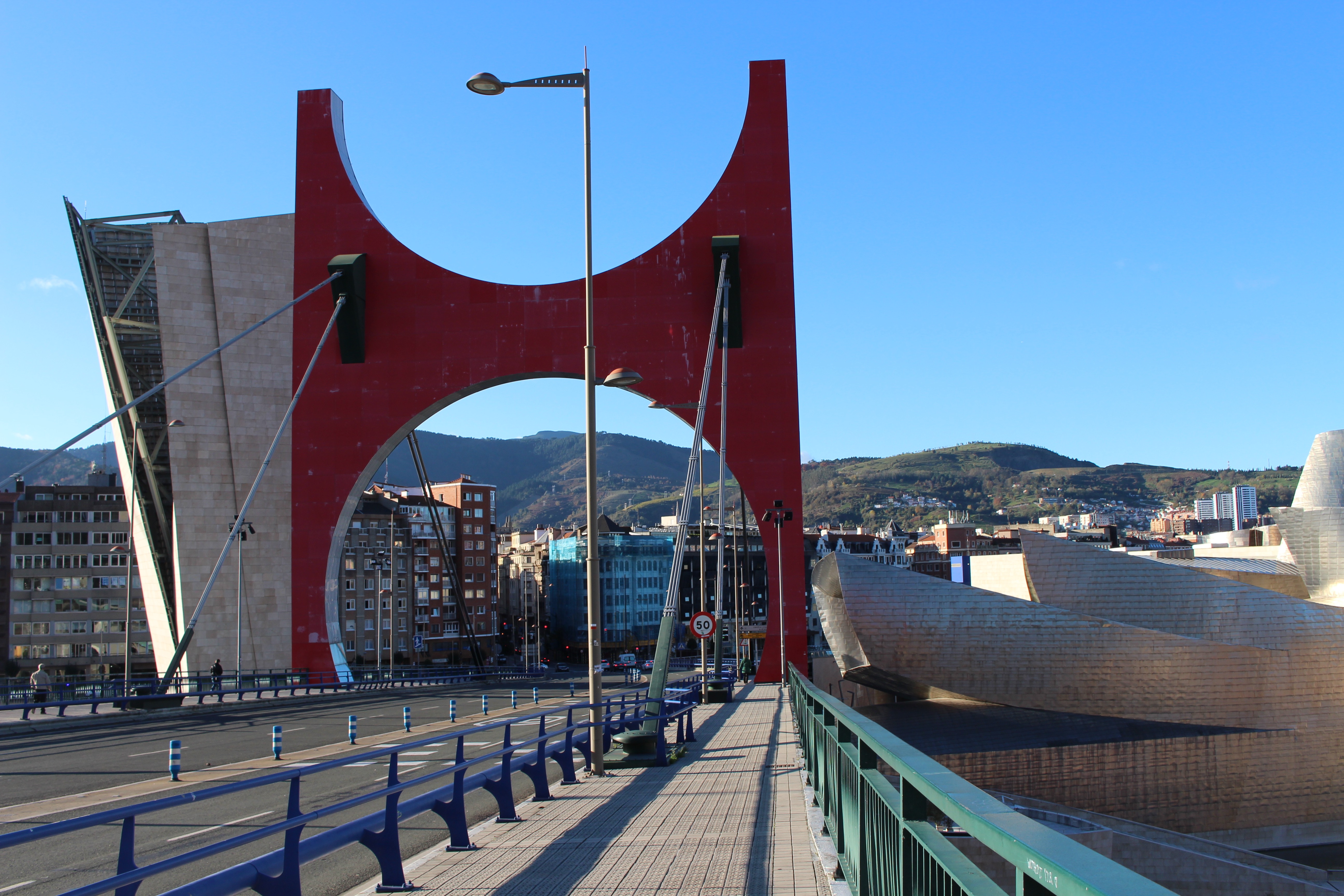 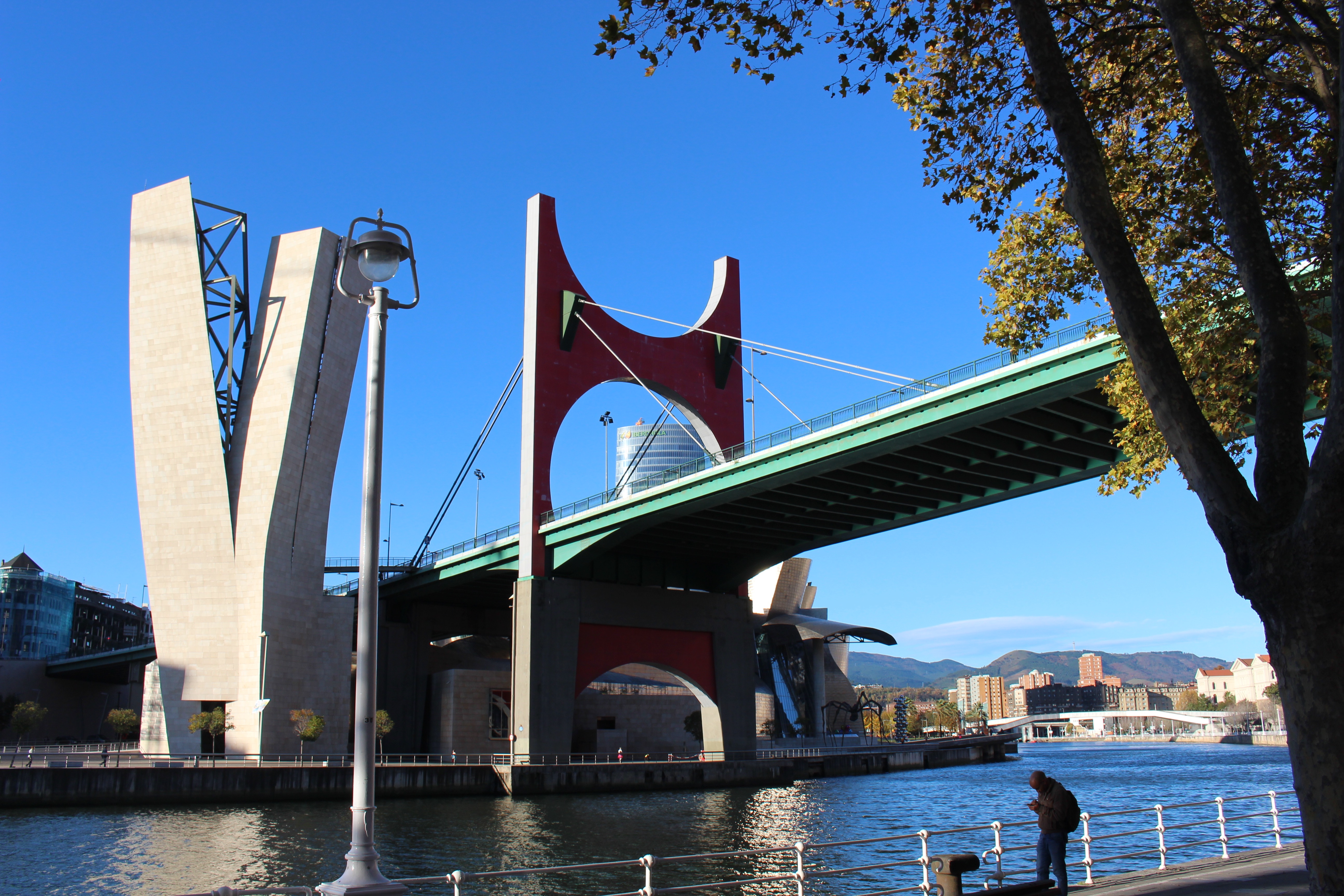 Many taverns and restaurants line the perimeter of this historical plaza located in the center of Bilbao. While it is nothing like the Plaza de España of Seville or Plaza Mayor of Madrid, it is a nice place to walk through and grab a beer and a pinxto at one of the restaurants in the plaza. 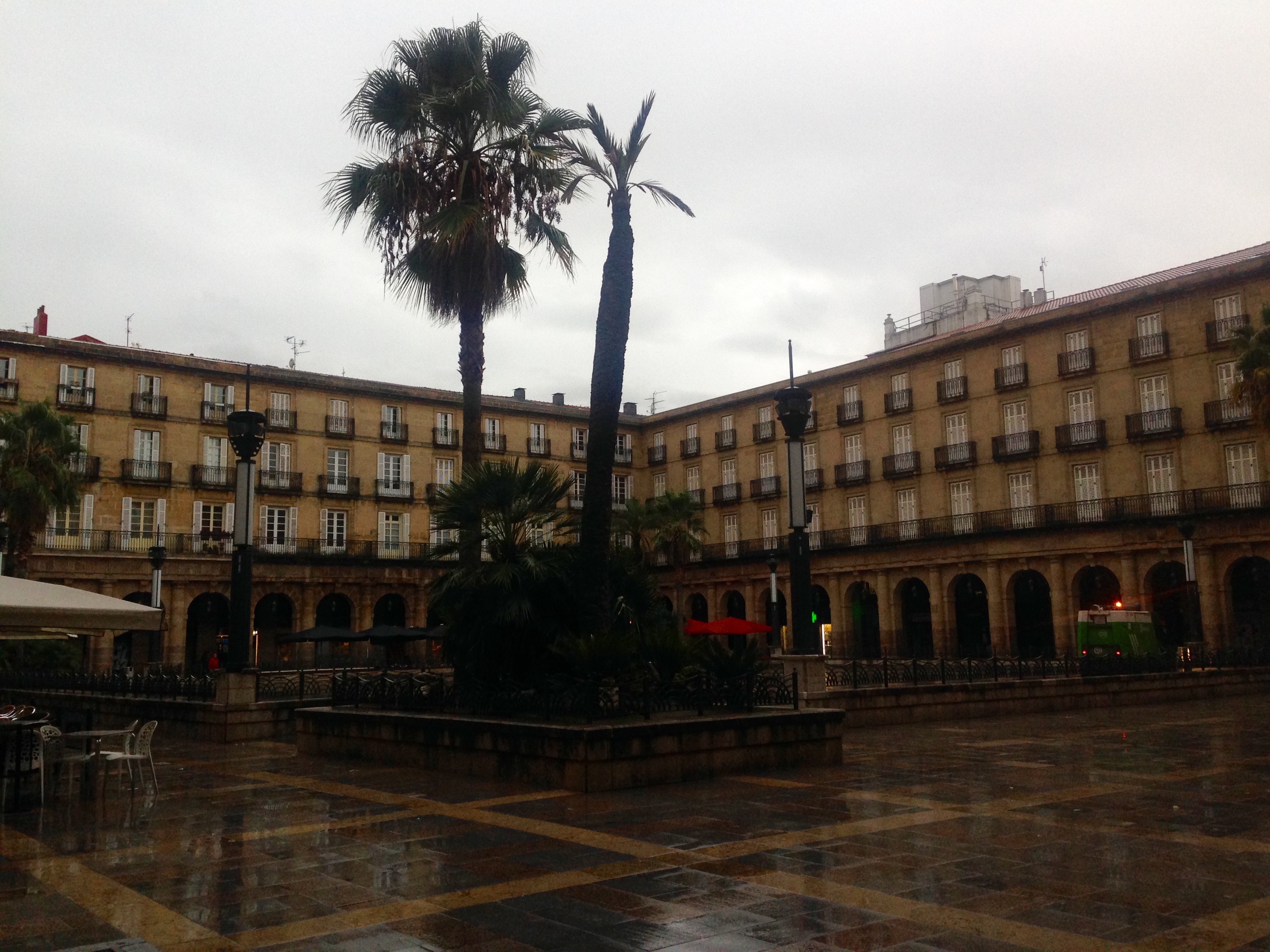 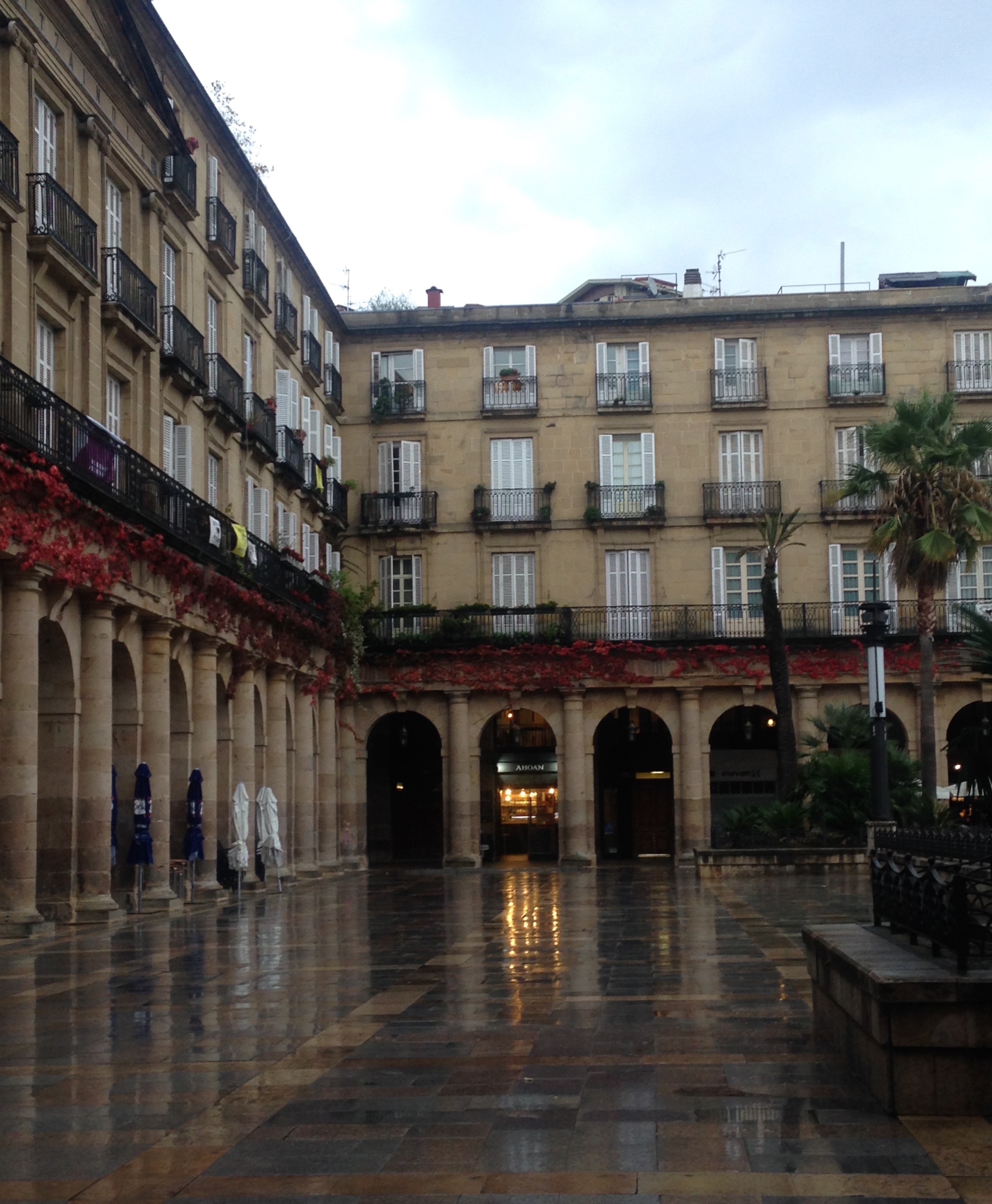 A catholic cathedral first constructed in the 14th-15th centuries, this is the main church in Bilbao, located not far from Plaza Nueva. 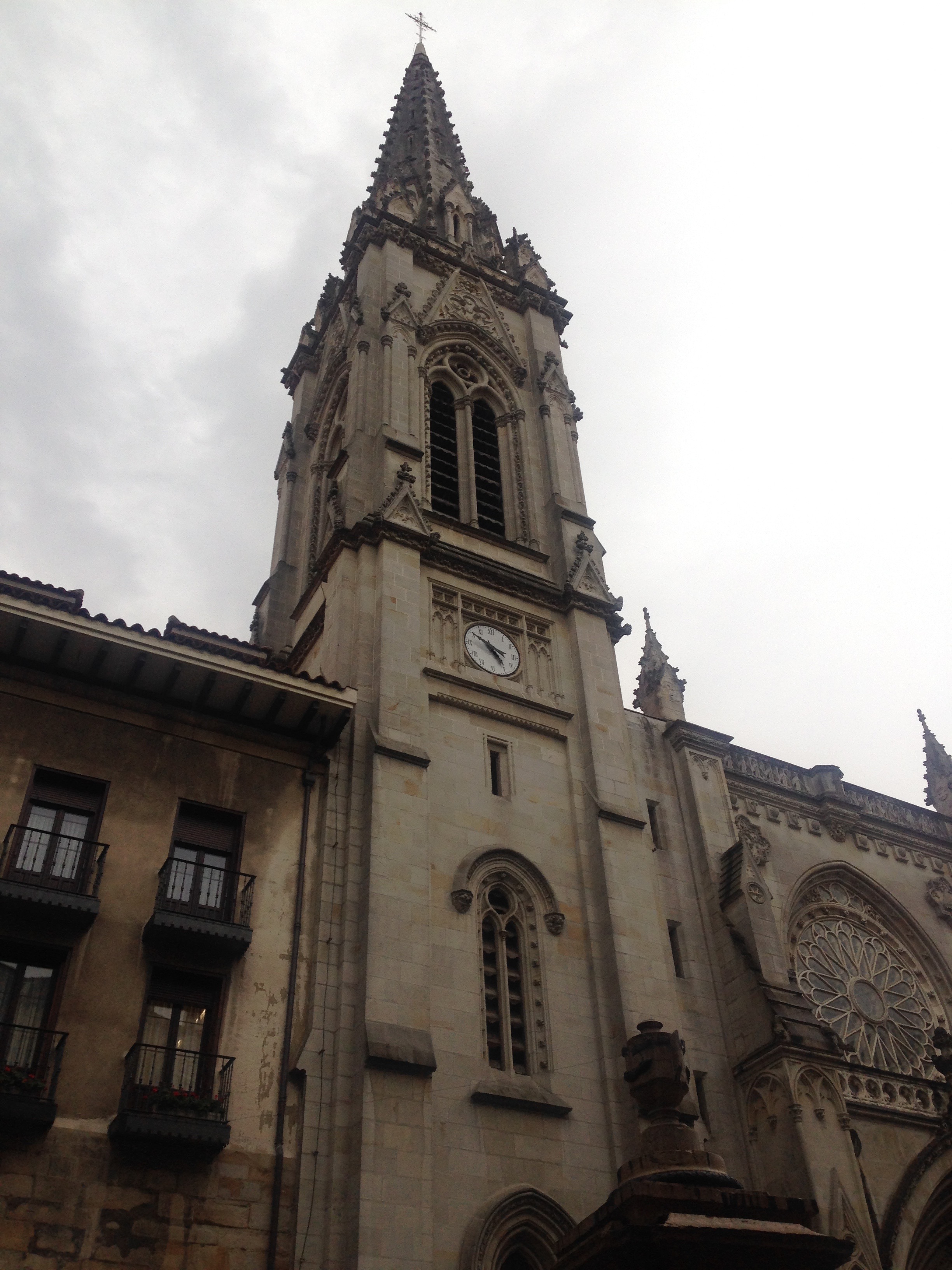 I don’t have any pictures from the Funicular, as it was closed for maintenance when I tried to go for a ride, but it is highly recommended as something to do while in Bilbao for stunning views. The tickets are less than a euro per person, and it is easy to get to from the city center.

This place was amazing for cheap tapas! In the north of Spain, tapas are called pintxos, and come in literally every form. Many are beautiful arrangements of food on a slice of baguette with a skewer, but they can vary. At this restaurant, I tried the pork skewer in the honey-mustard sauce, the ham & deviled egg combo, a croquette and shrimp & avocado tartare. Wash it all down with a beer, and finished with an amazing slice of chocolate cake for dessert! This was a great way to spend my time in Bilbao, as it rained a good portion of the time that I was there. 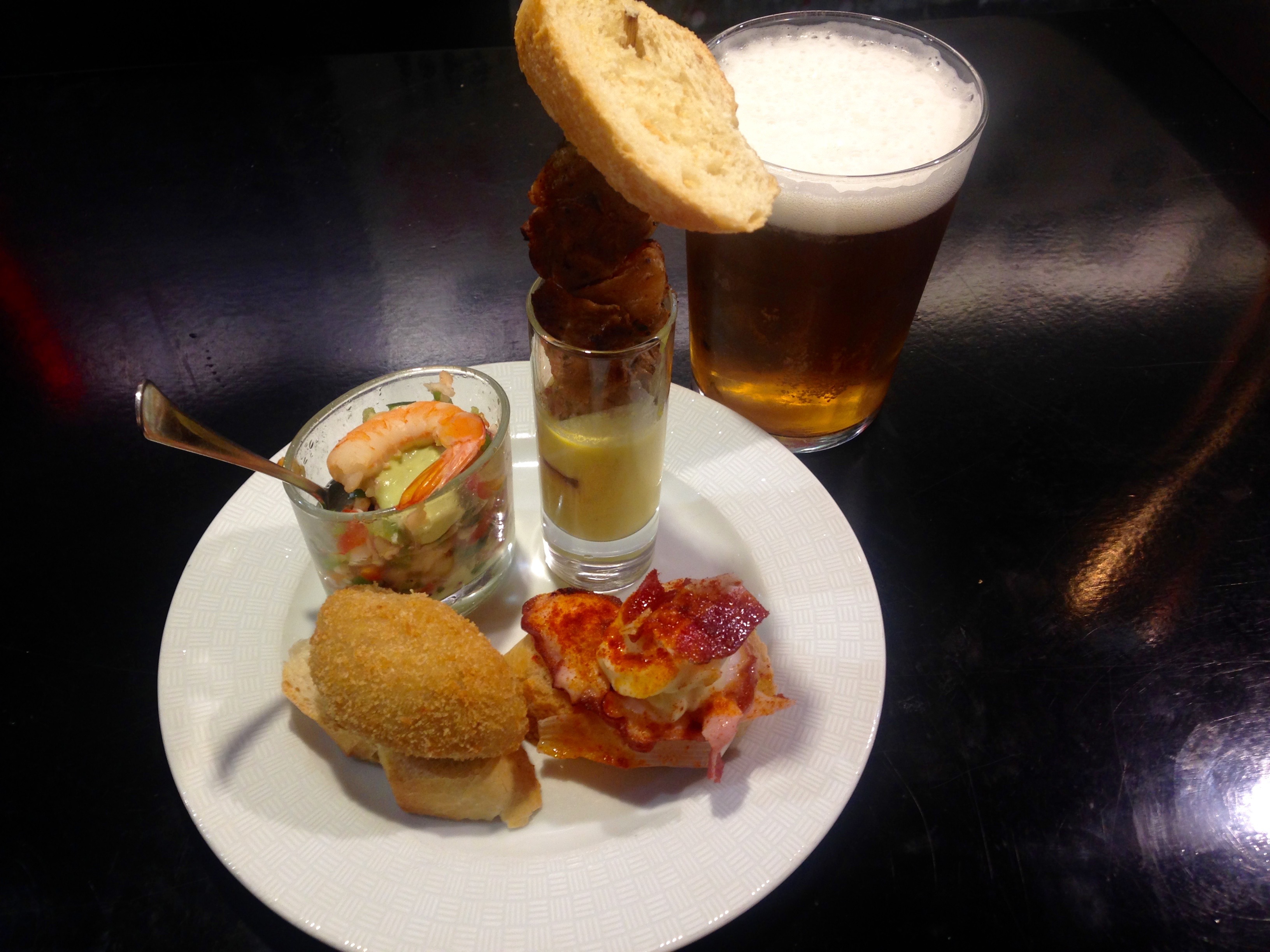 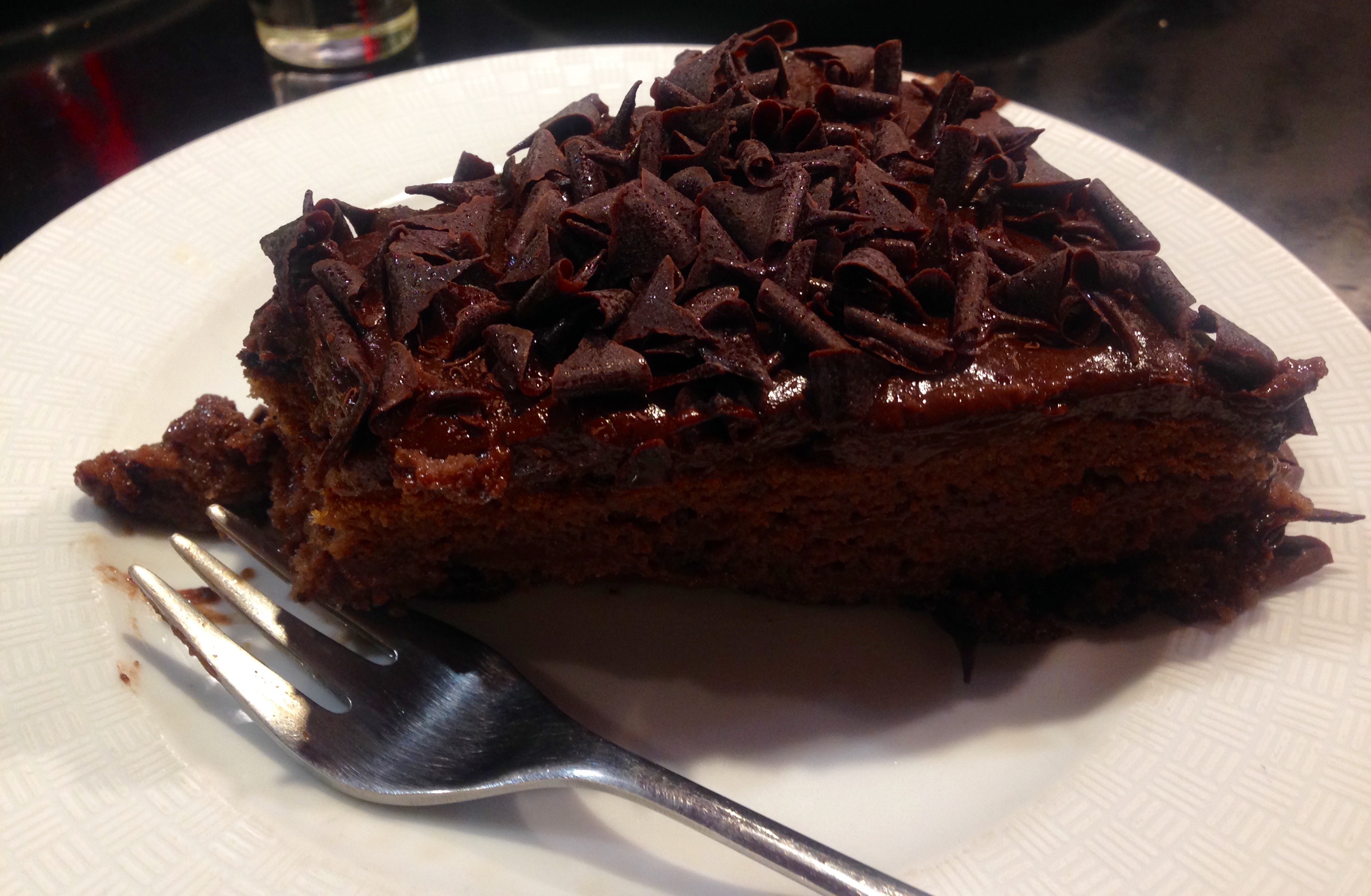 Pack an umbrella. It rains a lot in the north of Spain, even if the weather forecast doesn’t say so. Good to be prepared, but if you forget, there are a lot of people selling umbrellas on street corners.

If you’re going to be there for an extended amount of time, I would highly recommend a trip to nearby San Sebastian. There isn’t really THAT much to do in Bilbao beyond eating and drinking after you see the main sights, but San Sebastian is really incredible and probably one of the most beautiful cities in Spain, and it’s only about an hour away.

The language in the Basque region of Spain is Euskera officially, but almost everyone I heard was speaking either Spanish or English. It can be seen on a lot of street signs, however, in case you’re wondering what the strange words that aren’t Spanish are. It’s a very interesting language, as it is not related to any other European language.